Today’s staycation hike was Olallie Butte. The long thread on this site about respecting reservation land didn’t make my decision to (technically) trespass any easier but I’m weak, and so succumbed to my desire to hike the Butte just once. My penance was to expand my usual trash collecting activities to include (a one time offer!) burying other folks TP – of which there seemed to be a lot along the trail

. I guess when you’re already trespassing, taking a pee/poop on the living room floor and decorating the furniture with tissue paper is acceptable? (NOT!

). Anyway, SummitPost has accurate directions to the TH (arrow), which is cunningly disguised as a road. 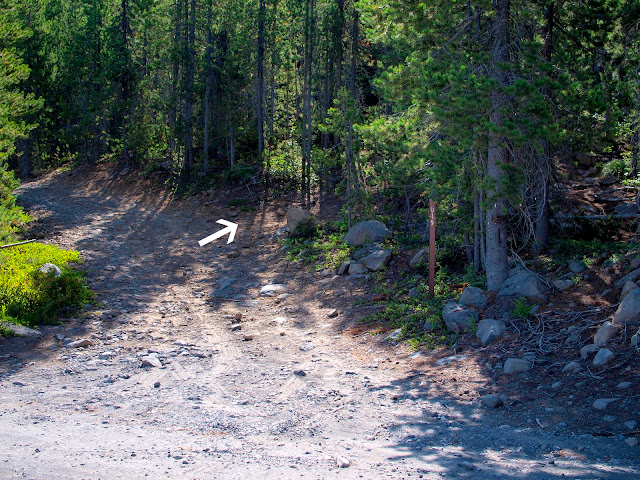 Once I found it, the trail just got better and better as it climbed higher through the forest. Finally the trees parted to offer a view of Hood to the N. 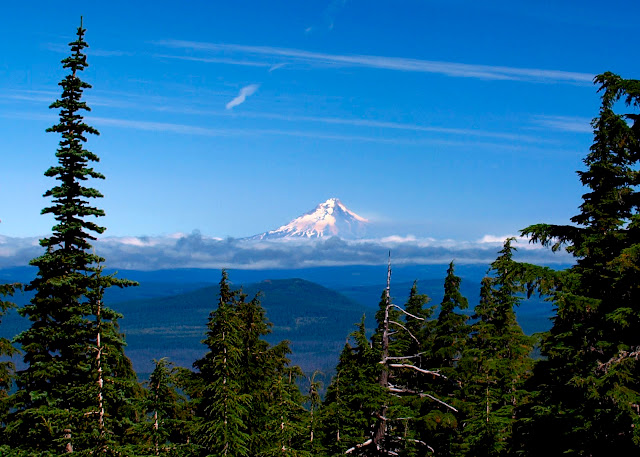 When I got to the top, there was another view of Hood, looking past the old lookout structure. The lookout was abandoned in 1967 and was, at least in 1969, the last remaining example of a cupola-type lookout cabin in Oregon. Since then it’s fallen very heavily on hard times. 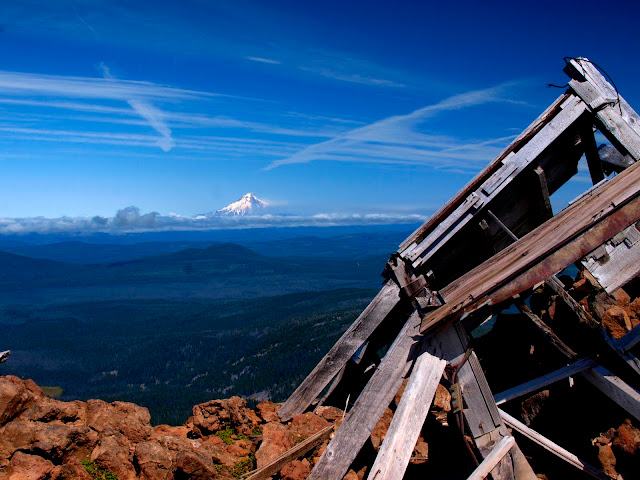 To the E, I could see several of the large fires that are ravaging the Warm Springs Reservation. 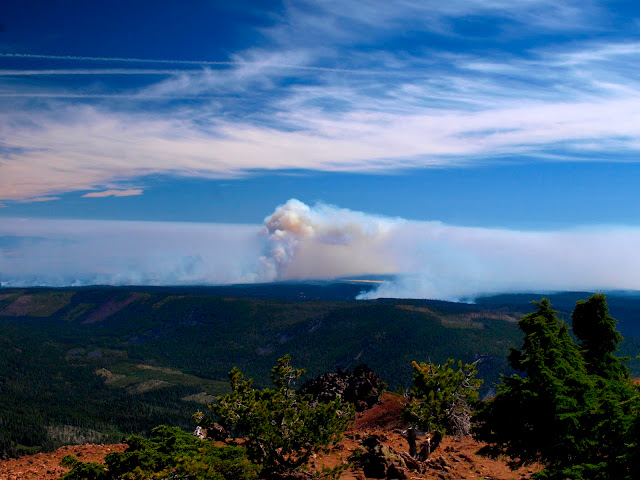 The fire line seemed to extend for several miles to the N and there were a number of smaller blazes throwing up smoke plumes elsewhere on the reservation. 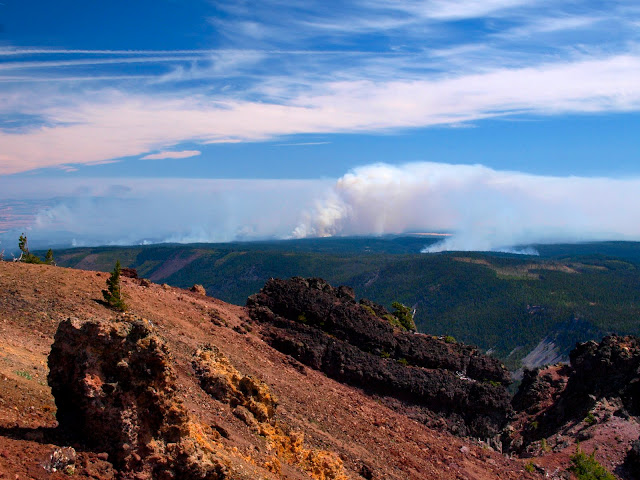 To the S, I could see Jefferson, the Sisters, Black Butte, and (maybe) Theilsen. In the foreground is the burn that almost took out the Olallie Lake resort a few years back (plus another new small fire on the left). 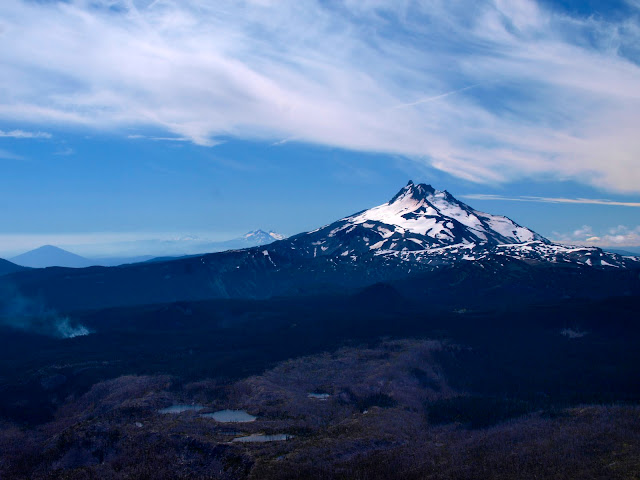 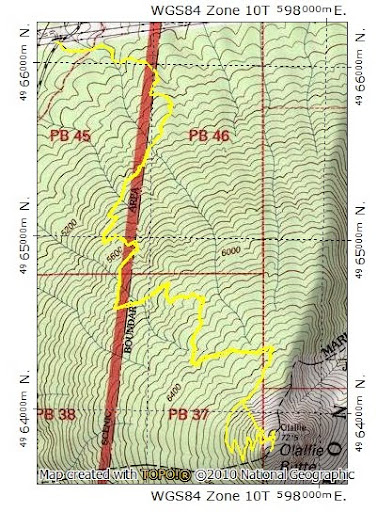 on the eastern fires..here's one article I could find ..

this one has been on my radar for a long time. one of these days....
Top

Have had this one my short list for a while as it is pretty close to Salem, thanks for the TR
Top

Amazing views up there! Looks like it was worth drifting over that imaginary line on the map...