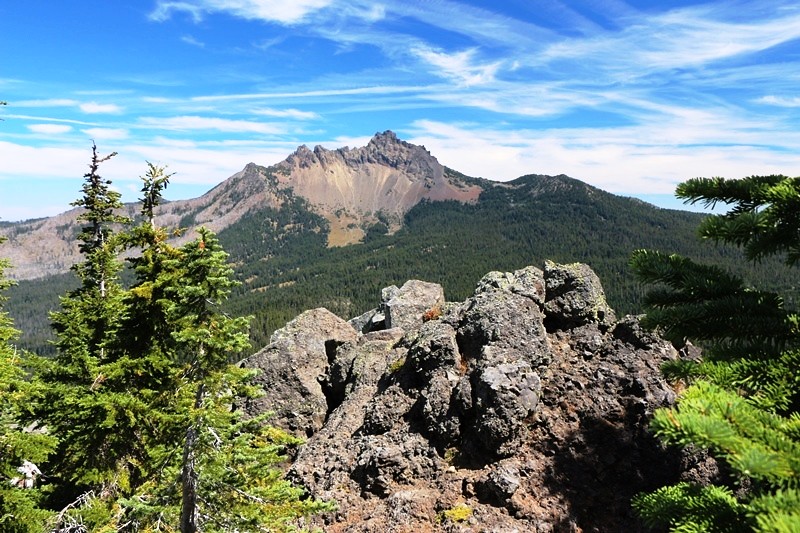 The hike to Maxwell Butte, trail No 3391, is glowingly described in the old “The Mount Jefferson Wilderness Guide Book” by Tony George, so we had to give it a shot. 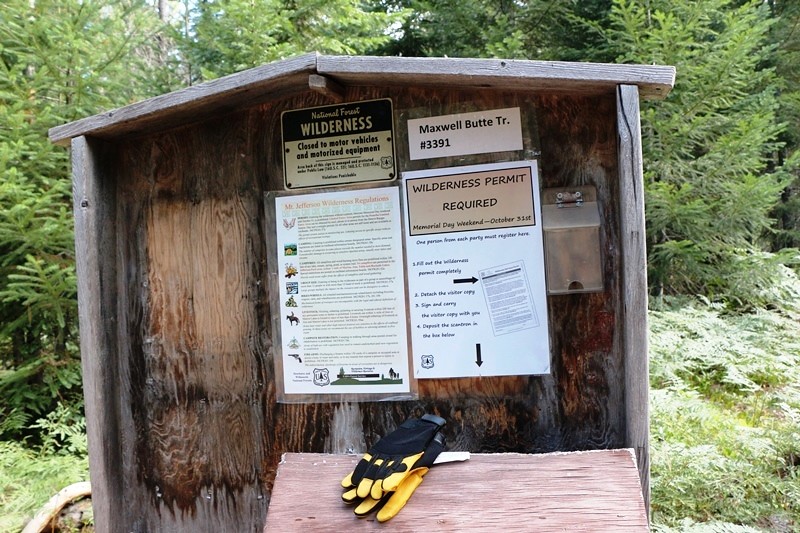 The trail follows an old cat road and is very evenly graded. The lower section is part of the Maxwell Butte ski trail area, and was well brushed out. At every fork in the ski trail system a blue signpost with a detailed topographic map showed your location and the direction of the branching ski trail. 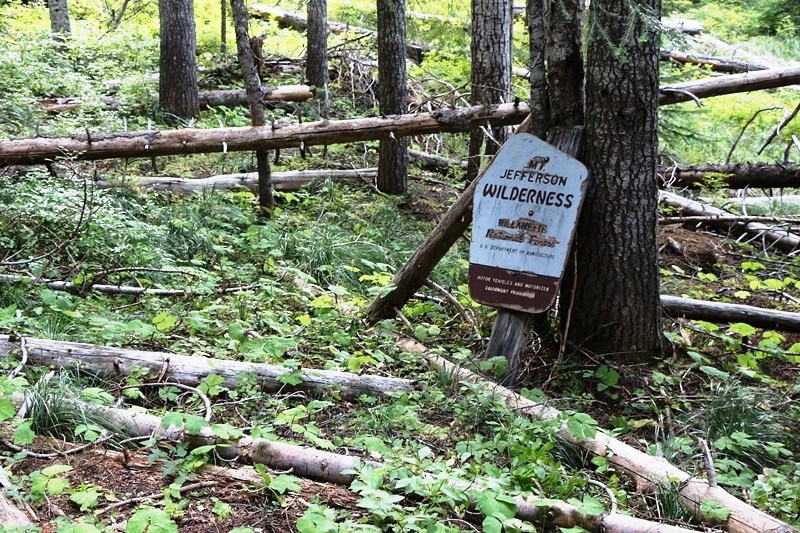 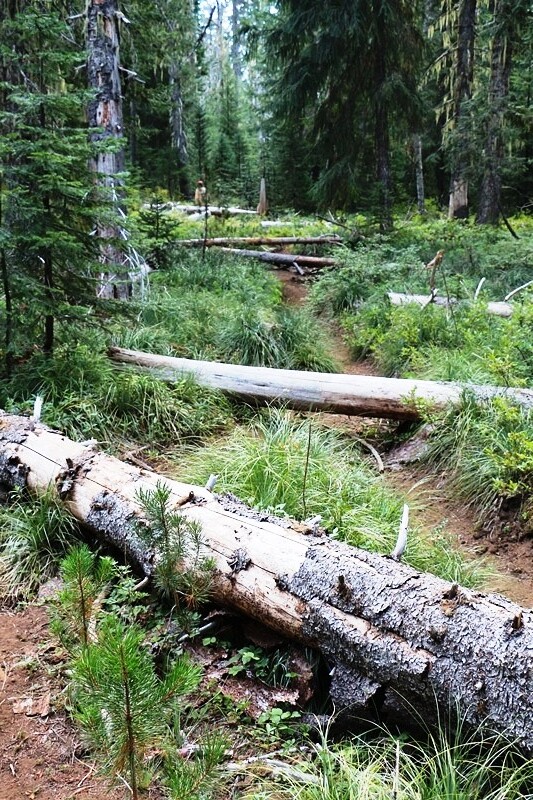 Mostly the trail is in good soil, meaning that the current trail tread is 6” to 24” below ground level. This makes clambering around the deadfalls that much more difficult. At 2.3 miles the cat road split. 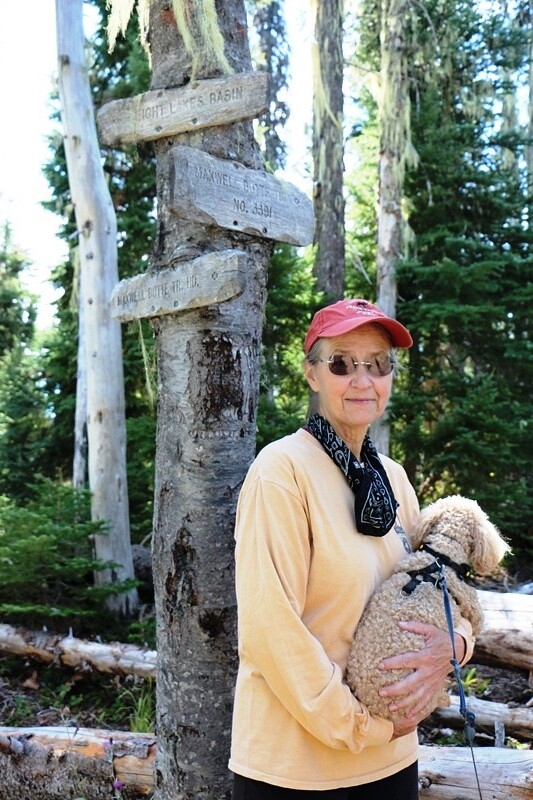 Trail Junction with the Lava Trail NO 3433, equally cluttered with deadfall as far as we could see.

Hope springing eternal, we thought the volume of deadfall might decrease. Foolish thought, because as soon as we passed Twin Lakes., we found: 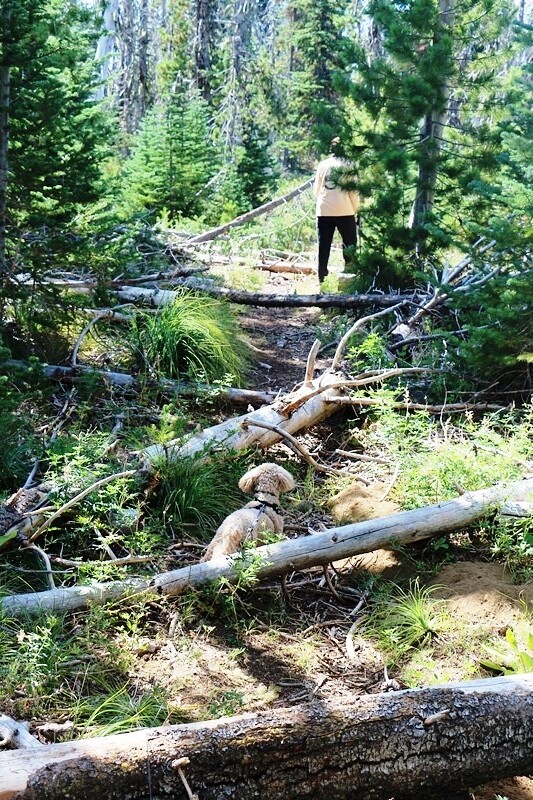 Which continued a good while, so we took a break, using a large downfall tree as a sit log. We were both feeling tired but neither of us felt like calling it quits just yet. And it just so happened we had stopped at the end of the downfall. Sure, there were quite a few more down trees, but we had our strides back. At about 4 miles the trail leaves the ridge crest to traverse the south side of Maxwell Butte. Evidence of the old cat road disappears, and the trail tread becomes mostly cinders. 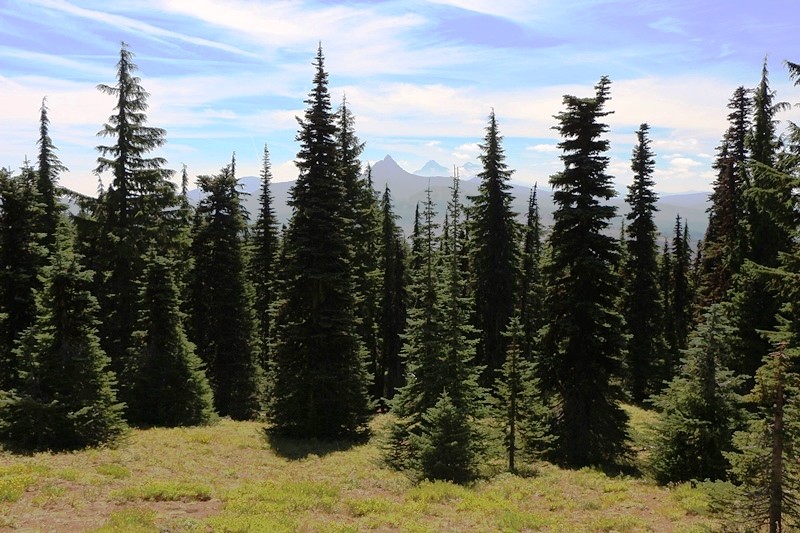 The trail switchbacks a bit but mostly maintains a constant grade to the summit at 4.7 miles. 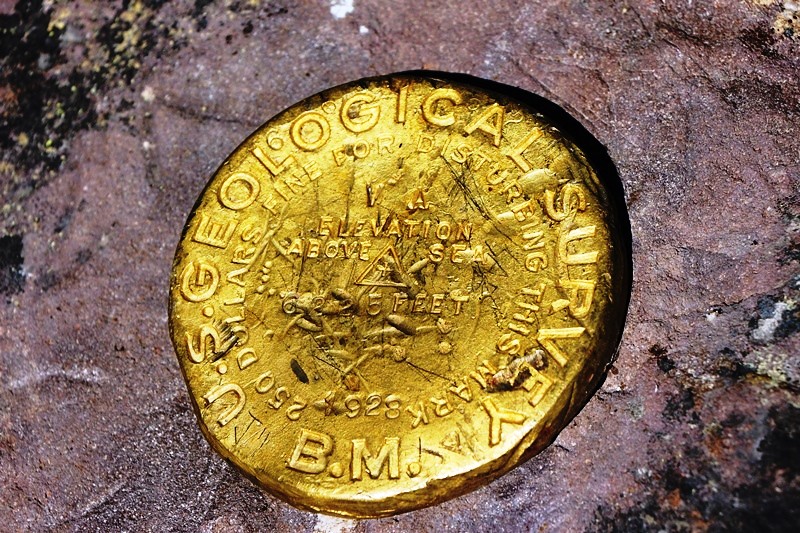 Maxwell Butte was the site of a fire lookout, subsequently burned, but melted glass, nails, and pieces of the woodstove remain to memorialize the lookout and its faithful fire spotters.

The views are stupendous. Maxwell Butte sits high enough to have a commanding view of all of the surroundings, although trees have grown tall enough to block the western views of the Old Cascades. 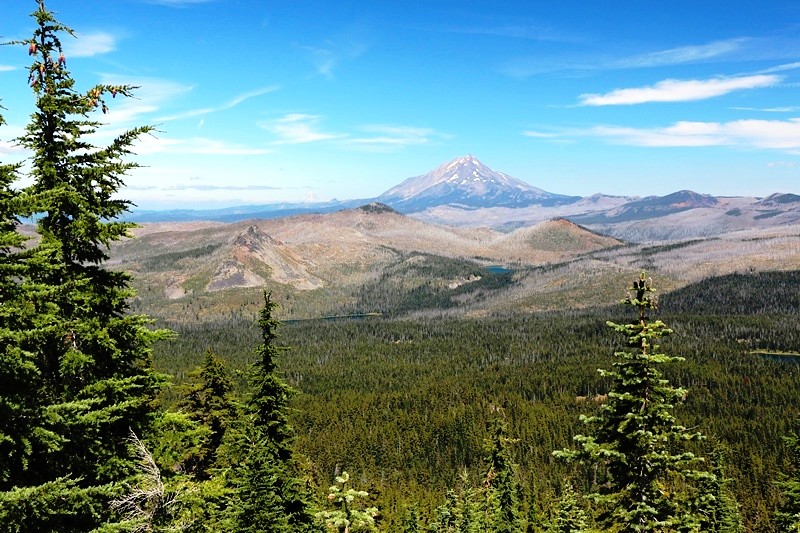 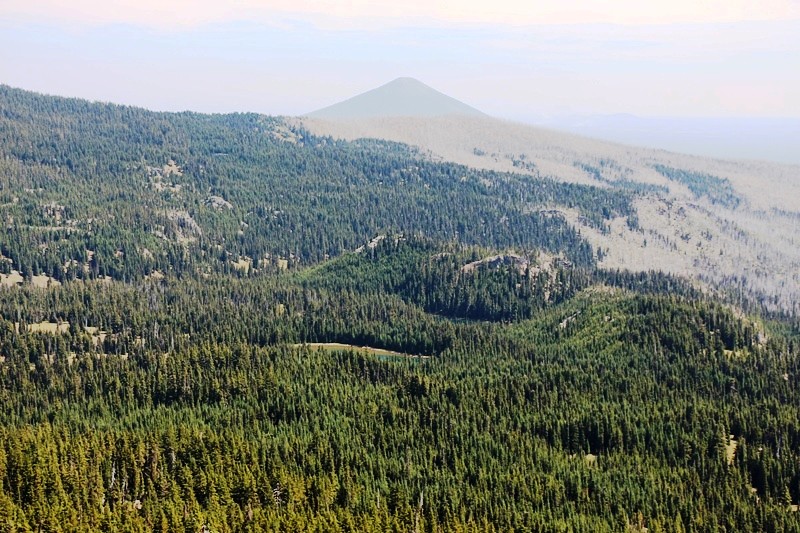 East South East to Berley Lakes, Black Butte, and left of Black Butte, Powell Butte with a fire burning near it. 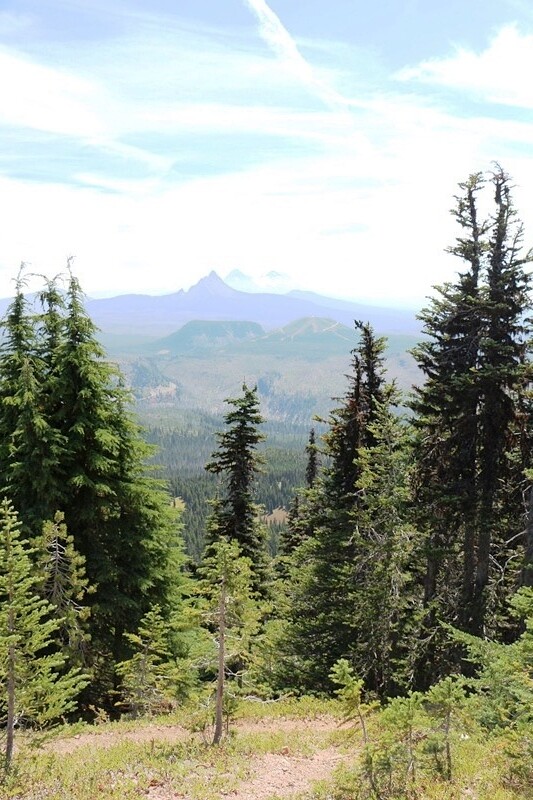 To look west, moved to a rocky point north of the high point to get this view of the Three Pyramids, 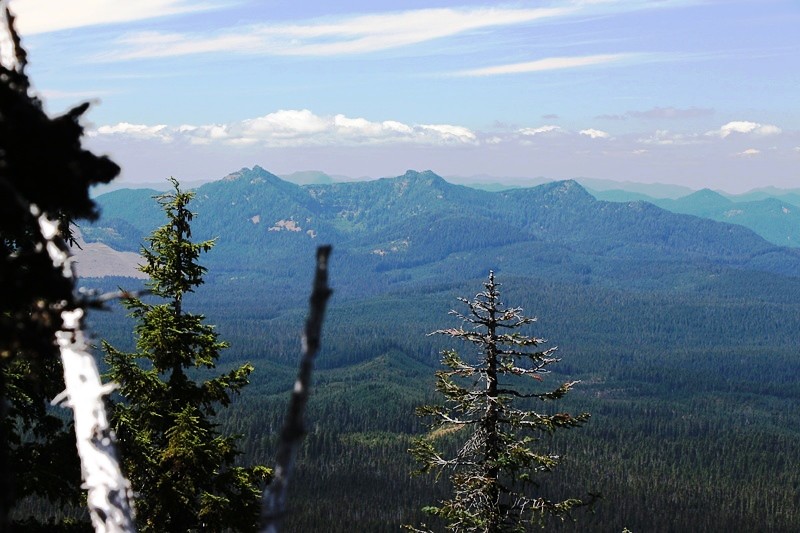 Where I found this: 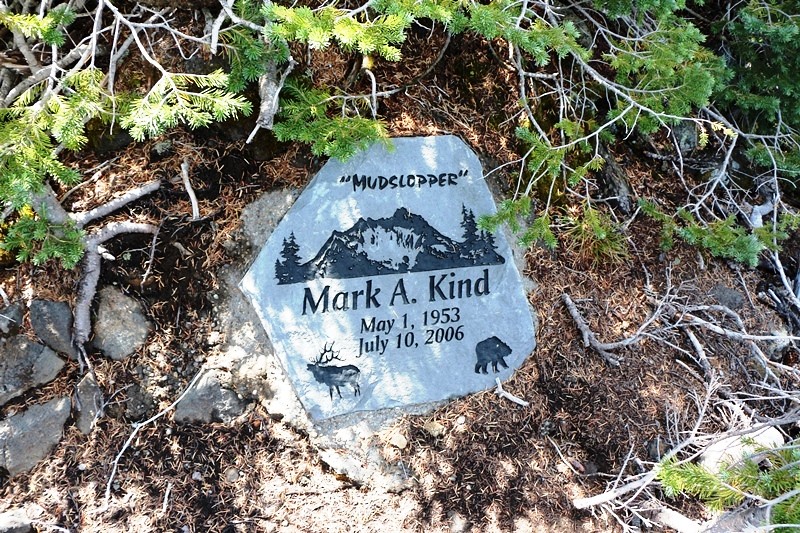 Of all these places, Santiam Lake, with its bright green necklace, was most inviting. 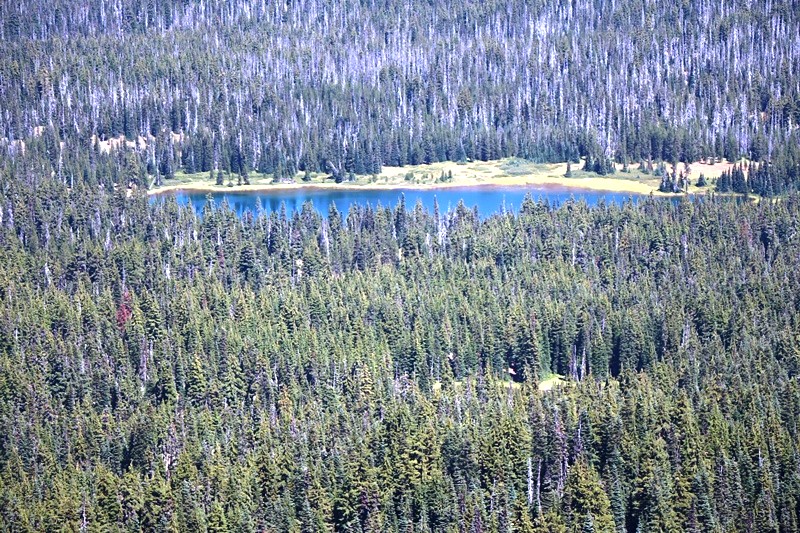 But Duffy and Mowich Lakes looked inviting, too. 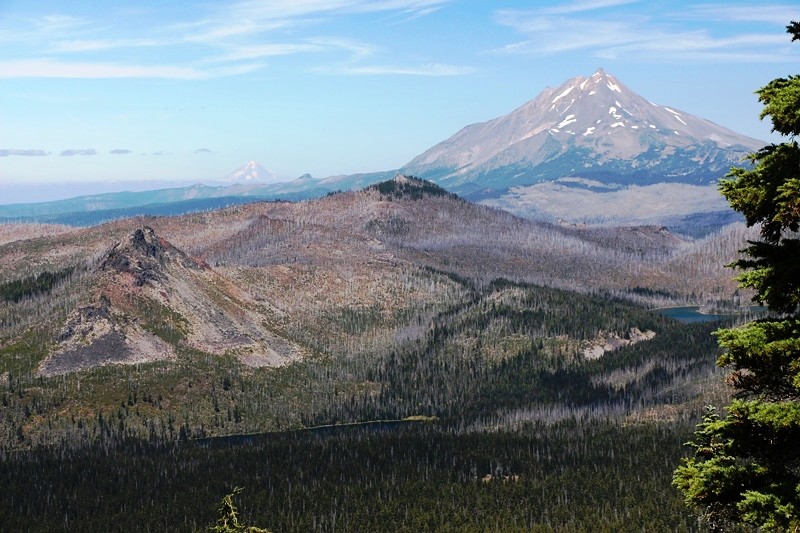 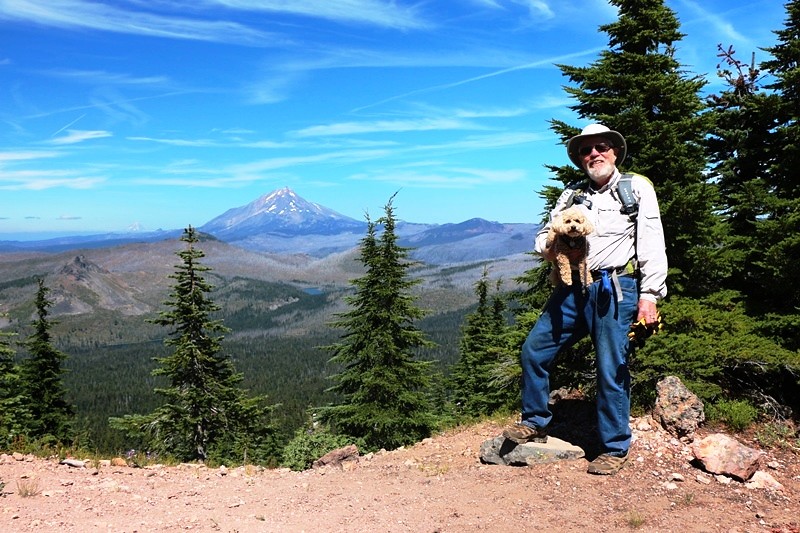 On the return, Susan counted the obstacles. She had her own rules. Multiple deadfalls counted as one if you get around them in one move. Obstacles that you could get by without breaking your stride didn’t count.

“Burnside, how many obstacles were there?”

And we stopped at Twin Lakes on the way out. As the photo shows, there are a lot of dead trees in the forest—mostly pines killed by the pine beetle epidemics of past years. Above the pine belt, there were few dead trees and fewer deadfalls. 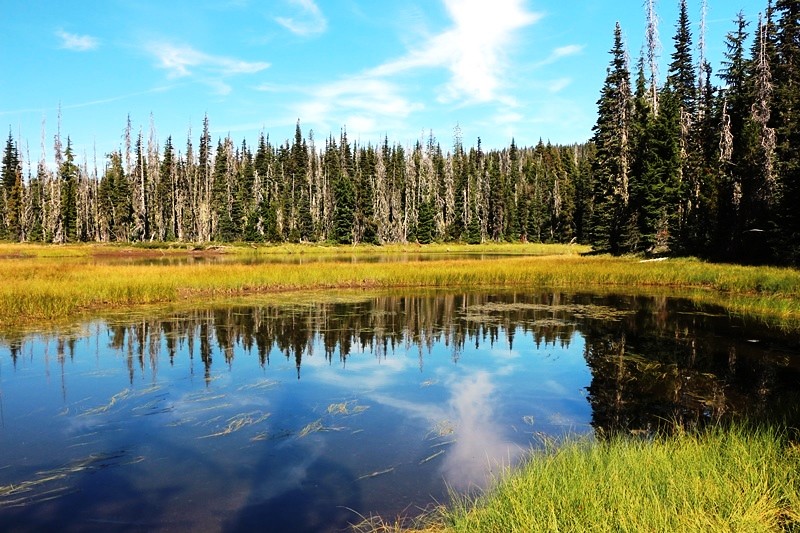 
So there you have it. A glorious hike offering some of the best views around (unless you are climbing one of the big guys). An under-rated hike where we didn’t see a soul. Just be ready to climb over some deadfall to get to the best views.
I keep making protein shakes but they always turn out like margaritas.
Top

thanks for the report. years ago wife and I camped up there in the winter and it was spectacular. Even in winter (think it was February or march) we negotiated a few blowdown earlier on. But I guess it was covering all that 'fun' up for us.

Great report and nice pictures! Thanks for posting about this hike and giving a clear overview of the conditions. Those photos really show the extent of burns in that area, especially the north facing shots. Still beautiful pictures and a great area though.
Top

Great report and photos! One of the very few trails in the Detroit Ranger District I haven't hiked. I think I'll wait until the deadfalls are gone, ha! Thanks for sharing.
"Going to the mountains is going home."
— John Muir
Top

Thanks for the feedback. I really liked this hike. However, upon rereading my report, I realized I wrote 'left of Black Butte'. Oh Fudge geewillikers that should have been 'right of Black Butte'. But I couldn't edit my post, plus the fire didn't show in the photo, so I tweaked the image to bring out Powell Butte and the fire. 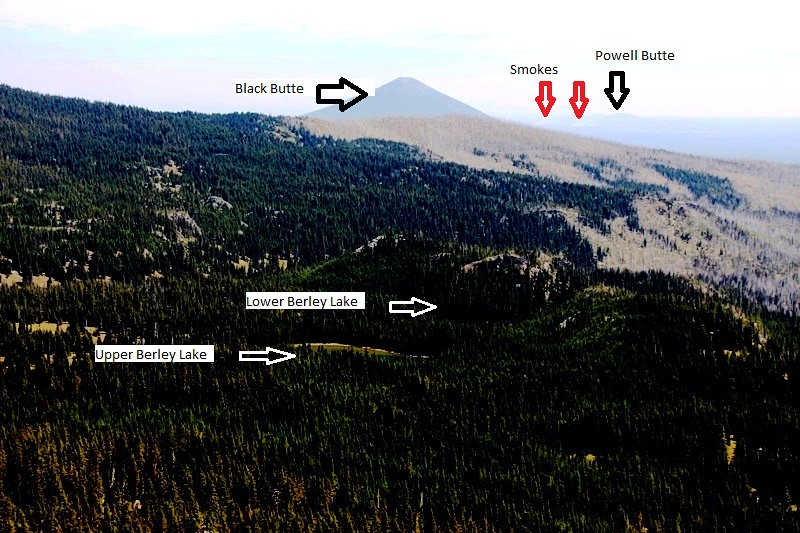 On the fire, when I first noticed it, it was a single smoke column which quickly spread wider. By the time I took the photo the smoke had lessened and rose from two separated points. Maybe, hopefully, a controlled grass seed burn?

May we have smoke free trails!!
I keep making protein shakes but they always turn out like margaritas.
Top

Great report! I don't get down that way very often, but Maxwell Butte has been brought up several times.

Oh, love the title, took me a moment to make the connection, I'm a little slow sometimes!
Kelly
There is no shortcut to anyplace worth going to.

The trail has been logged out by the HIGH CASCADES FOREST VOLUNTEERS Salamander Crew. Took days but this crew along with its sister crew the Scorpions are tough folks. Hopefully won't be quite as many next year and we'll be able to hit it sooner.
Top

thanks for your hard work
Top