Today while hiking up Gnarl Ridge we heard the sound of helicopters. When we neared the top of the ridge we found fire had once again broken out in the vicinity of last month's Gnarl Fire. 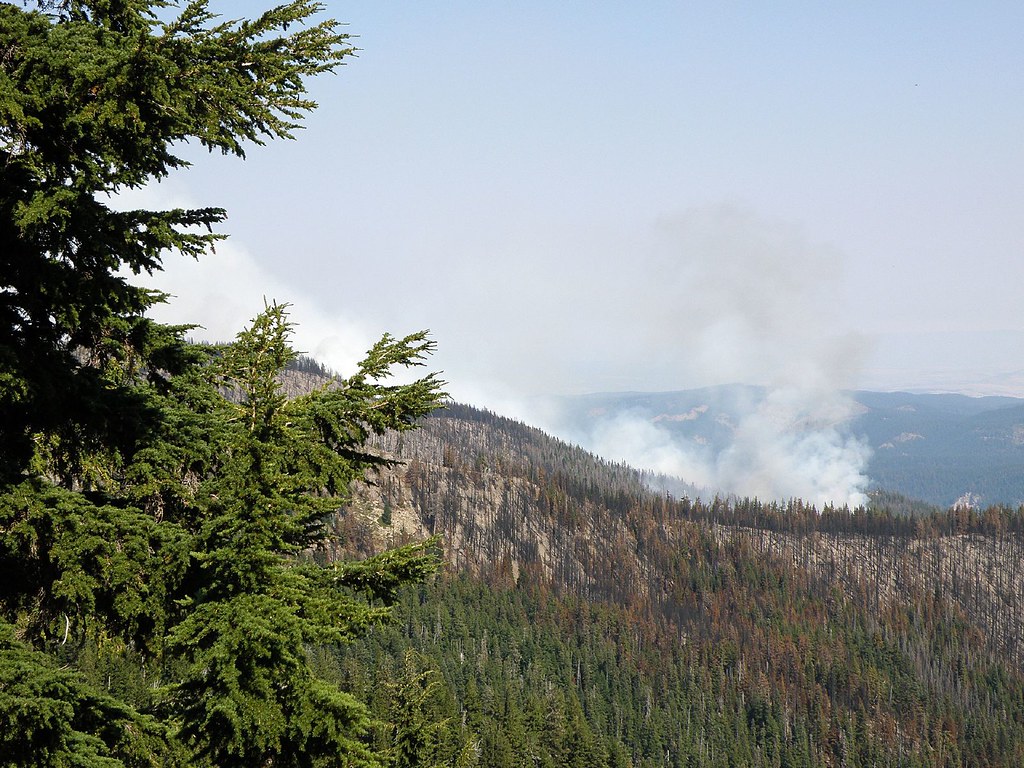 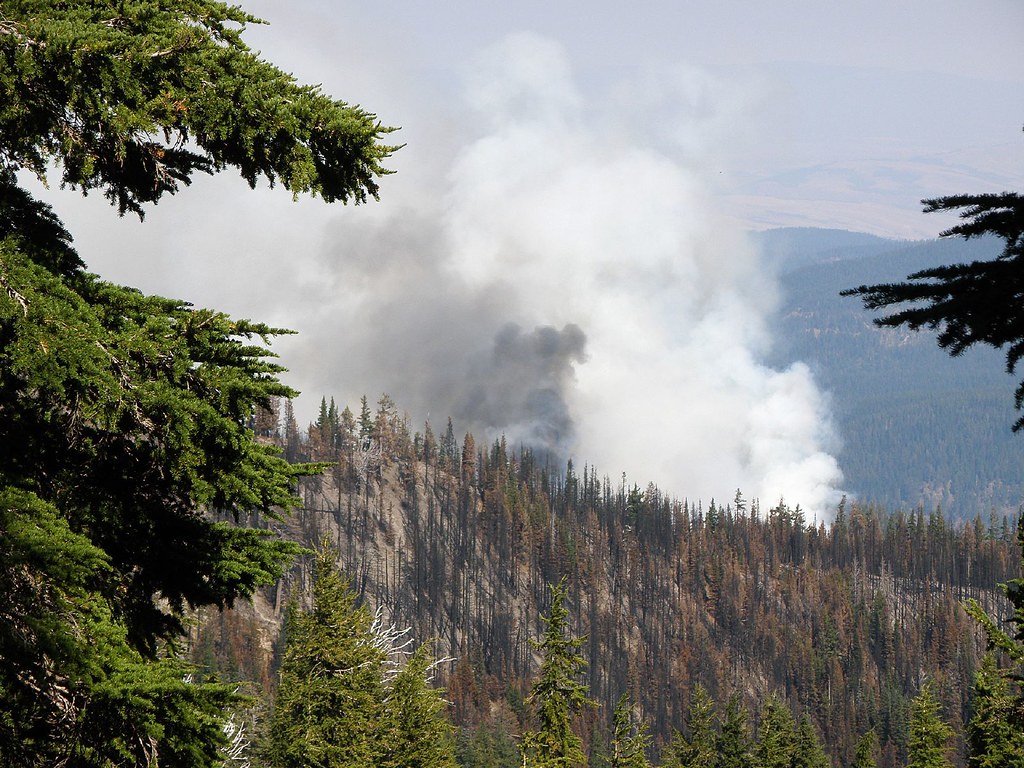 Have there been any recent lightning strikes in that area?
Top

I was wondering about the cause myself. I could not find anything on the web. I wonder if it has just been burning deep in the duff and rekindled.
"When we try to pick out anything by itself, we find it hitched to everything else in the Universe." - John Muir
Top

I got an email that the fire jumped Pollalie Creek and that the Tillie Jane A-Frame and Guard House were severely threatened - they were right in the path, and that they were dropping fire retardant on the Cloud Cap Inn in an attempt to save it.
Top

I noticed that on today's news. Evidently residents near Cooper Spur have been told to evacuate. http://www.katu.com/news/28519304.html "Contained" forest fires don't go out until the fall rains have drowned them. They just sit there and smolder. I noticed that the New Fork Lakes fire that made me change destinations in Wyoming's Wind Rivers flared up again in late August. Same cause--high temperatures, low humidity, windy conditions.

I hope they can save those historic buildings! It's a good thing we have rain forecast for early next week!
May your trails be crooked, winding, lonesome, dangerous, leading to the most amazing view.--E.Abbey
Top

Copy and paste of the latest e-mail from Darryl Lloyd (longshadowphoto.com):

I observed and photographed the fire from Middle Mountain -- overlooking the Upper Hood River Valley -- with Rick Ragan, former FS hydrologist with the Mt. Hood Ranger District. He gave a ball-park figure of very roughly 1,000 acres burning, most of it at high intensity. The western front was well beyond Eliot Canyon, working its way into the Compass Creek drainage on Stranahan Ridge in the Mt. Hood Wilderness.

At 3 PM today, the lower limit was maybe a quarter-mile above the highest lift tower of Cooper Spur Ski Area, The upper limit was near timberline around or above 6,000 ft. Cloud Cap inn was plastered with fire retardant and was OK at 3 PM. However, Tilly Jane cabin, campground and shelter are almost certainly destroyed. At least, that's what Rick, Dave Waag and I think. No one has been able to see the Tilly Jane area because of the thick smoke.

The wind at that elevation had been SE all day, but around 5 PM it shifted westerly. So the fire appeared to be headed back toward the area already burned. However, during the night the winds should calm down, and that means smoke could fill the upper and lower Hood River valleys by morning.

According to news released 4 hours ago on InciWeb, "the fire is currently estimated at 2,000 acres."
This is probably the best website for information on the Gnarl Fire:
http://www.inciweb.org/incident/news/article/1465/8212/
Top

Looks like you were walking towards the fire for a while -

Waffle Stomper wrote: This is what we saw at 1:00.

Glad you got back out without getting cooked!

bush_marmot wrote:Looks like you were walking towards the fire for a while -

Waffle Stomper wrote: This is what we saw at 1:00.

Glad you got back out without getting cooked!

We don't mind hiking when it is a little "toasty" but that adds a totallly different meaning. We did not linger even though the wind was blowing away from us. And we were almost parallel to the ridge. We did meet Timberline Trail backpackers who were on their way to their cars parked at Tilly Jane. They had not see the fire yet.
"When we try to pick out anything by itself, we find it hitched to everything else in the Universe." - John Muir
Top

There are a bunch of trail closures, and farther around the mountain this time -- all the way to the Mazama Trail:

Between the late snow,and fires on the east side, this has been a rather compact hiking season on the mountain!

I'm glad to see the fires on the east slope, though - with the caveat that we don't lose the Tilly Jane history. The forests in the upper Cool Creek drainage needed a burn.