For those who are not yet tired of seeing reports of Indian Heaven color. I had thought to go up to Lemei Rock from the east, but I don't think the color is as good on that trail, despite it's many other charms, so I decided to do the Junction Lake/Blue Lake/Rock Lake loop from the East Crater Trailhead as I thought it has the best fall color in Indian Heaven.

Note that the Thomas Lake Trail between Rock and Sahalee Tyee Lakes is fairly wet and soggy.

A different kind of color

next to Rock Lake

The trail between Rock and Junction lakes is not an official trail, but is in pretty good shape

drm wrote: ↑
October 5th, 2021, 7:01 am
Note that the Thomas Lake Trail between Rock and Sahalee Tyee Lakes is fairly wet and soggy.

It wouldn't be Indian Heaven in the fall without soggy trails.

I was there on Saturday; we did a short lollipop from the Thomas Lake Trailhead to Rock Lake and Blue Lake. I found a nice little boot path on the southwest side of Blue Lake (beyond campsite #12) that goes halfway up the cliffs to a viewpoint above the lake.
http://adamschneider.net/photos/
http://www.gpsvisualizer.com/
Top

I heard we were in here posting fall pics Indian Heaven. Here's a couple more from last weekend, 9/24.

You know exactly what to do.
There's no need to be afraid.
Keep walking.
Top 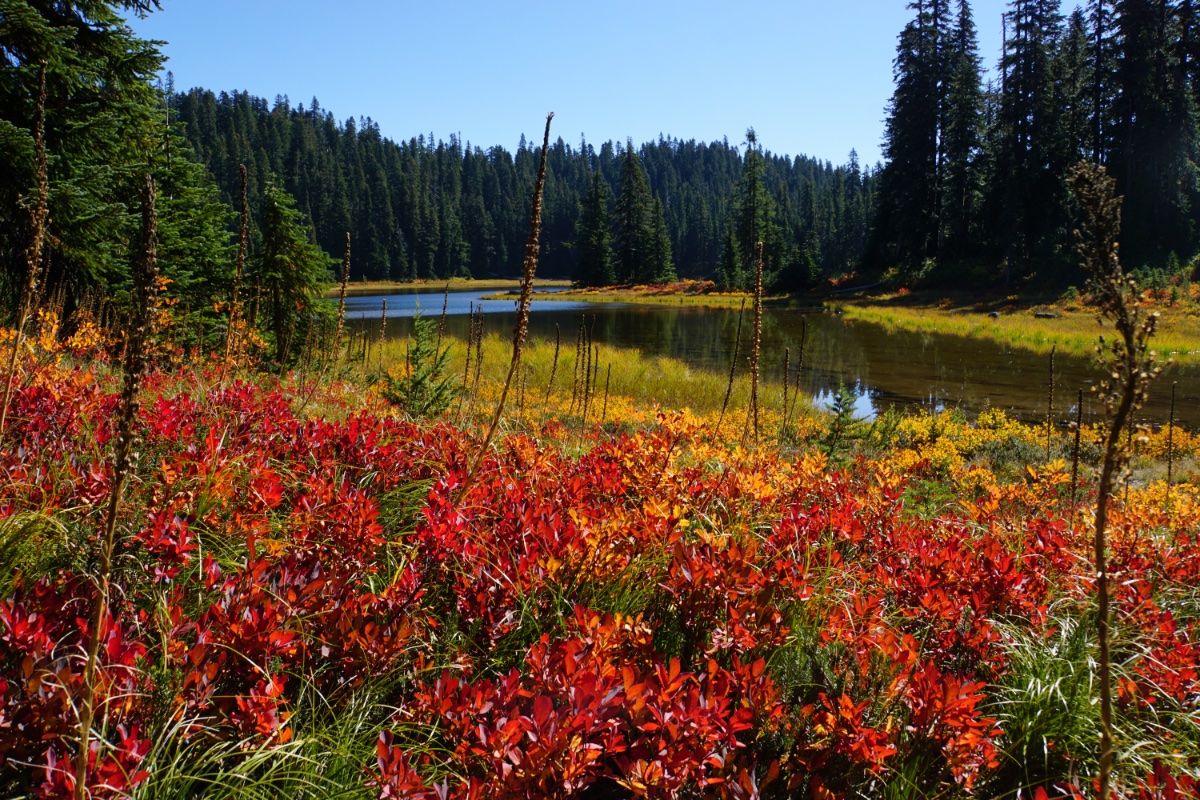