Silver Star has never held a shine for me; only visited two or three times. Seemed a long drive for a “meh” hike, the summit view not withstanding.

This past weekend I returned to Silver Star via Grouse Vista. Over twenty years ago I hiked this steep trek swatting away diabolical horse flies taking in only sparse collections of wild flowers.

My recent jaunt has me converted: Silver Star is a fine winter hike.

I drove the shorter route to the TH via Washougal. Yes, the final miles on L1200 are “rough” road - yet consistently so with lots of small rocks but basically flat with few potholes. I made it in my thirty year old Saab doing a Sunday twenty (tho it was Saturday).

Still climbing, about 10 minutes after Pyramid Rock the trail turned to consistent snow. I threw on my little MSRs though the tread was generally packed down. Still my traction was better and it gave me a little more freedom.

As I approached the summits, some kids gave a shout out from the north side. I snowshoed up to the untread south summit. Overall, it was pretty quiet for a sunny weekend.

The view lived up to its legendary status. While the lowlands lay obscured in a thick layer of fog, you could see all the major peaks, Goat Rocks, and what appeared to be Saddle Mtn. near the coast. Only a slight breeze and quite balmy overall.

Had I more time I would have pushed on eastward towards the spine past Starway. Looking down I could see one set of lonely footprints heading that way. I decided I would return another winter day up Starway and explore that.
Top

I haven't done Silverstar in a couple years, but it's a great hike. Doing it for decades. Great views of mountains and Portland area.

Now that you mention it, it must be time for a trip up there, thanks

Yep, quite a balmy day. Seen worse weather in July.

My first time up that trail was in deep snow. Liked my preview, returned with snowshoes next day.

Starway in winter could be fun. I want to hike up Little Baldy in snow, maybe soon, opportunities are dwindling in this warm winter.
Top

I got out yesterday (Wednesday, my day off) and did most of Silver Star, from the NW. I started at an unnamed & unofficial TH at about 2,475 feet, then came up the Tarbell & Chinook Trails. I got a late start, and had to get back early, so had to be satisfied with getting some outstanding pictures. On the way down, I saw 2 people coming up. Turned out to be our very own KEPNW & friend. We talked about the unbelievable weather abit, then went our ways. Here's a few of the many pictures I took.

To the NE, the Tatoosh Hills

I think that I got most of the names right on this one....

What a view, Goat Mtn to Mt Adams.

In the distance, clouds flowing around Dog Mtn

Nice day to be up there! Somehow, I haven't hiked from Grouse Vista in quite a few years - that's a fine trail. Good to know there's no real snow to the trailhead right now (& I think we won't get more than a few inches in the coming days).
Top

K.Wagner wrote: ↑
January 31st, 2019, 6:25 pm
On the way down, I saw 2 people coming up. Turned out to be our very own KEPNW & friend. We talked about the unbelievable weather abit, then went our ways.

Hey, that was fun crossing trails with you up there, Kelly! Just an incredible day on Silver Star. (Shorts on the summit in January?) You were right about the clouds moving in over those northern mountains. No where near as clear as when we began the hike. But the sky turned rather dramatic, and really ended up being incredibly beautiful. A few of my faves... 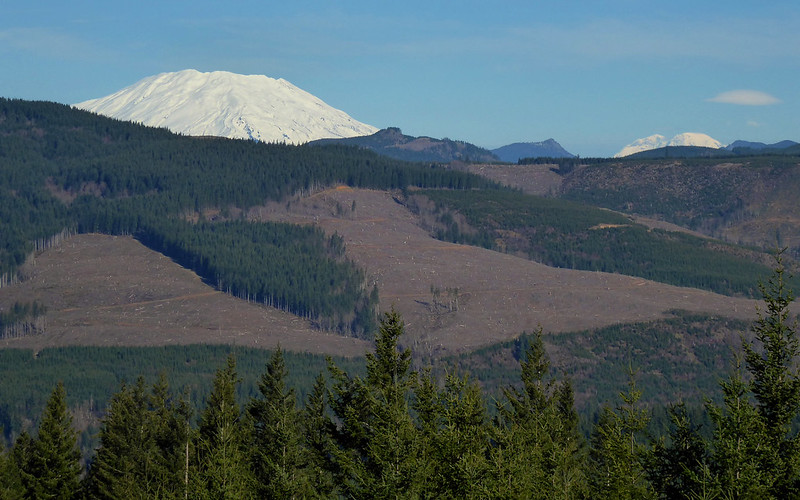 During lunch, clouds really built up to the north. Sky got awesome.

Lunchspot with a view! Clear to Three Sisters in south. 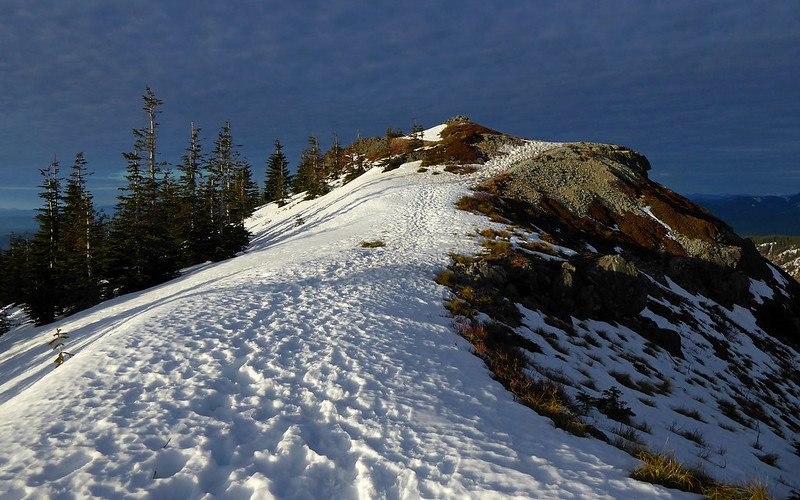 Sun already starting to hit from a very low angle, as we depart summit area a bit after 4pm. 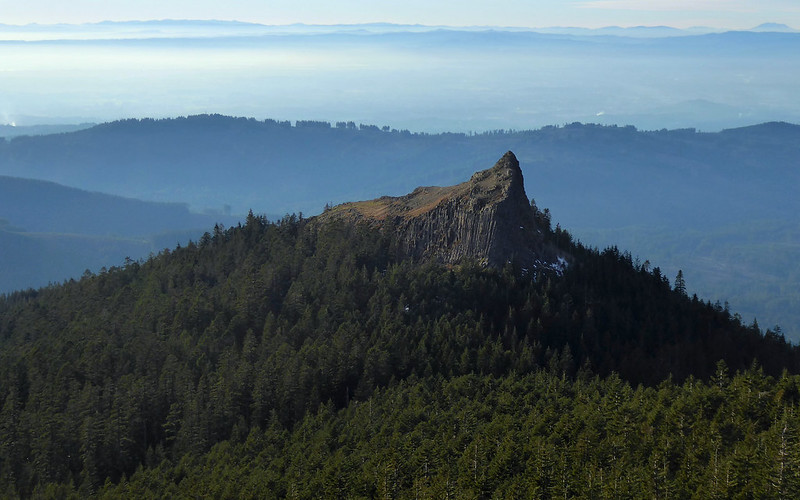 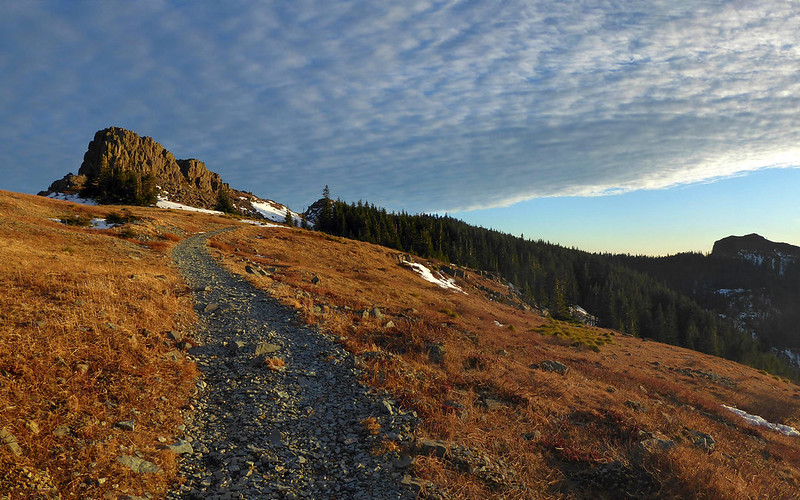 That magnificent prow on the north ridge! (Sturgeon Rock on right.) 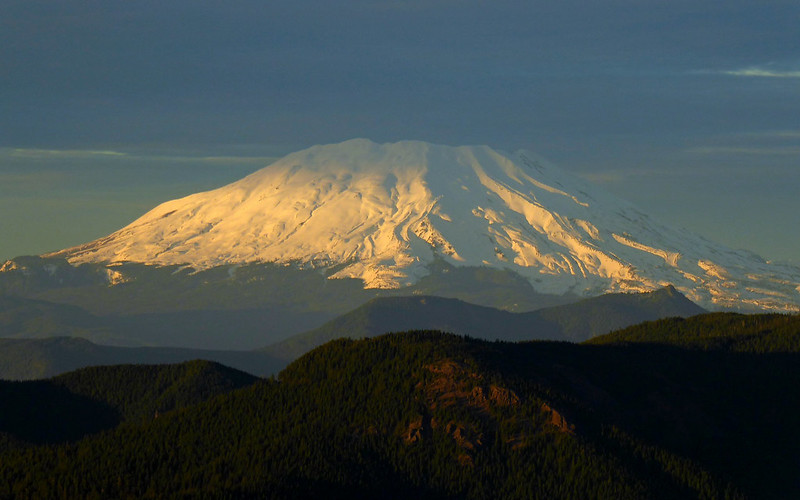 By 5pm, the sun was striking MSH from below the clouds, lighting up just the lower flanks.

It's certainly changed a bunch up there in the last couple days, I'm sure! Nailed it, this day.