Use this forum to report and discuss trails in need of maintenance. This will help organizations like TKO and agencies like the Forest Service get the most recent on-the-ground trail conditions.
Post Reply
8 posts • Page 1 of 1

This morning, rather surprised to find this at the first viewpoint on the McIntyre Ridge trail: 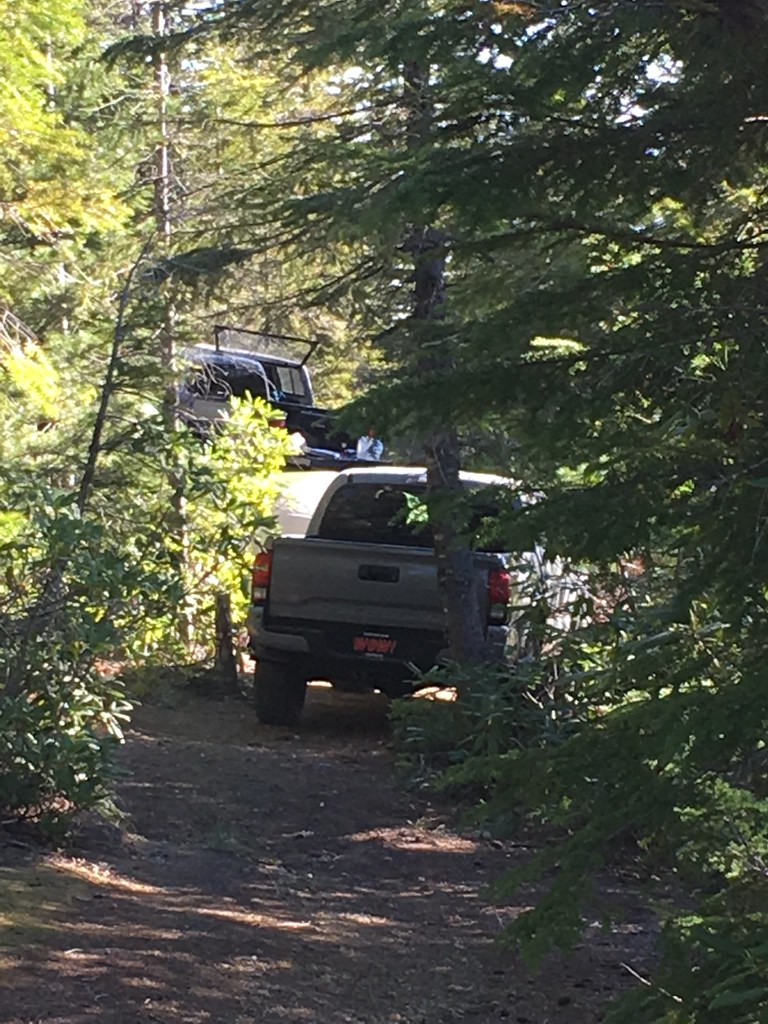 At least two trucks and a tent. Did not investigate closer, as we figured whoever has driven up past the barriers and set up camp in the middle of a trail is probably not interested in hall monitor hikers snooping around. This is the second time we've found a vehicle in that spot, although the first time (a few years ago), the vehicle and occupants were much more......rugged......and seemed as if they might live in the woods on a more permanent basis.

note: we did not come up from the McIntyre trailhead, but dropped down from the upper meadows, having come over from the Douglas trailhead
Top

How was the Douglas trailhead, sometimes a bit of a sketchy spot!

Any Bear grass on the ridge yet, we were thinking of doing it one evening this week.

That is designated wilderness there so no vehicles allowed, but clearly they don't care. This makes me really mad. There are hundreds of miles of actual roads to drive on, and many places to camp, and they have to drive down a trail in the wilderness. This is not a new problem on that trail, but it still makes me angry.

Does anyone know how they would have gotten there? I thought all the roads leading to the McIntyre Ridge Trail were blocked off now.
Top

They've carved a route around the barrier pit at the "New McIntyre" trailhead -- and there also seems to be a route that comes up to the bench -- I've seen tracks in the beargrass there, before. Frustrating, to be sure. I haven't been able to get the Zigzag Ranger District interest in formalizing the new trailhead as a way to get a handle on this... and I've been asking for 10 years, now.

Back to Walrus, this is worth reporting to the Clackamas County Sheriff, as it's clearly illegal. It looks like you've obscured the license plate on the truck, but I'd suggest sending the image with the plate number shown to the Sheriff and filing a criminal report. The people who do this are small in number, just as the regular shooters and dumpers are -- and having lurked on shooter/OHV forums, the word gets out quickly these days on what areas are enforced. It's worth it!

I reported it to the Forest Service, but you think the Sheriff also? I guess not too surprisingly, the lack of plate is inherent to the truck, I didn't need to do any editing.

Douglas TH was fine. No one there when we arrived, saw 14 people and three dogs on the way down. From the vehicle count and noise, it seemed as if some had parked in order to go off shooting somewhere. Unless a lot of people headed down the Douglas trail...

There were a few bear grass blooms at the vistas coming up Douglas, but the meadows up top were still pretty flat, only a few patches of snow left. For comparison, this time last year, we ended up turning around before the first meadow (coming up from the McIntyre TH because gate was open) due to several feet of snow everywhere, for which we were not prepared. This weekend, though, there were trilliums aplenty and rhodies just starting.

Both last Memorial Day weekend and this Monday, the road up to the McIntyre trailhead was open.
Top

walrus wrote: ↑
May 30th, 2018, 6:27 pm
Both last Memorial Day weekend and this Monday, the road up to the McIntyre trailhead was open.

You mean the one at the end of Road 108? Well jeez, no wonder there were vehicles up there. I thought the Forest Service closed that road for the very purpose of keeping vehicles out. 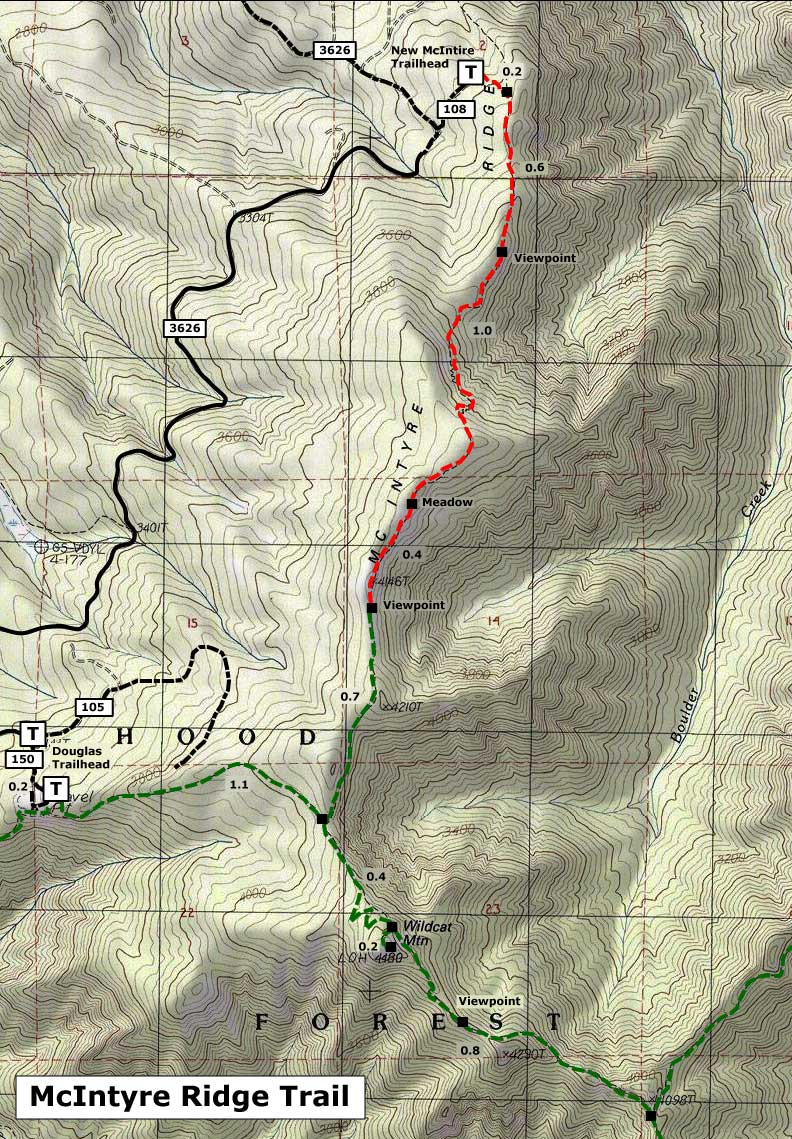