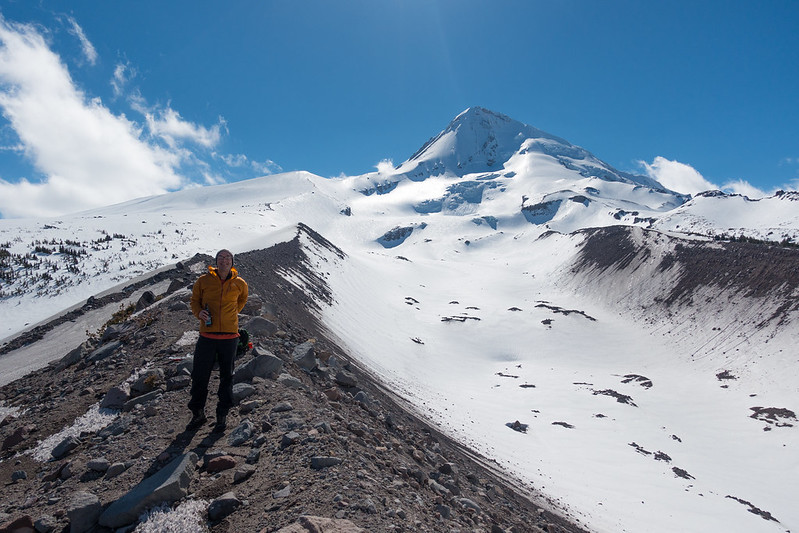 Opening picture: having a beer on the Eliot Moraine.

Spent last Sunday rambling around the north side of Hood: from the (packed!) Tilly Jane Sno Park, we snowshoed up (empty!) Polallie Ridge, then cut over off trail to the Eliot Moraine, spent a while hanging out in the wind, then high-tailed it down in the fading light. There's something sort of magic about getting up that high in the winter. We just bought snowshoes a couple months ago, and it's just totally changed the way I think about winter. Nothing's ever really closed! I can't believe I didn't do this sooner. 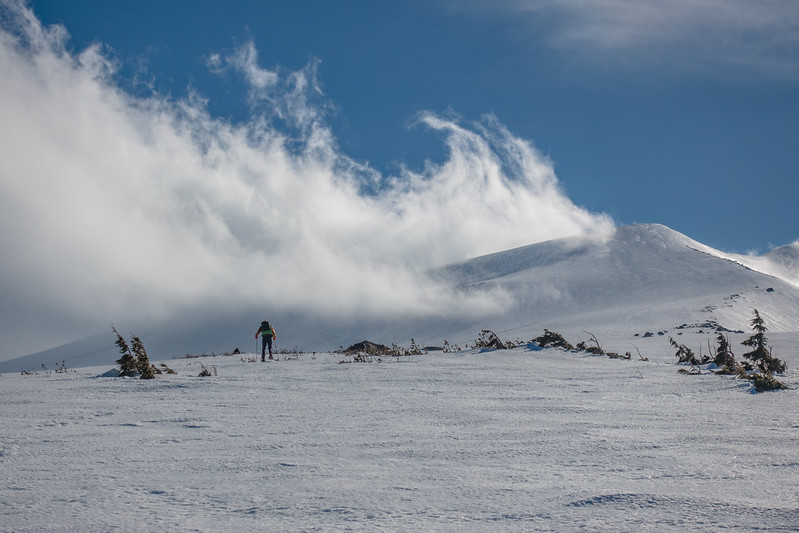 We left Portland around 7:30, wandered around for a while looking for coffee and breakfast, and rolled into the Sno (I really want to add a "W" there) Park just after nine, just behind a large contingent of climbers.

The first half mile was packed with people returning from the shelter and skiers heading up, but, as soon as we turned off for the ridge, it was mysteriously empty. MHNF reported something like 18 inches of snow, but there were quite a few bare patches, and for a while I had flashbacks to 2015. 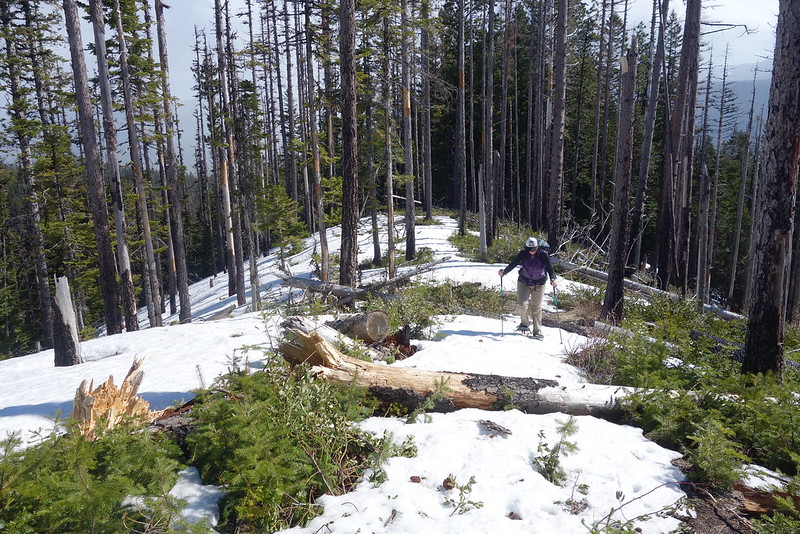 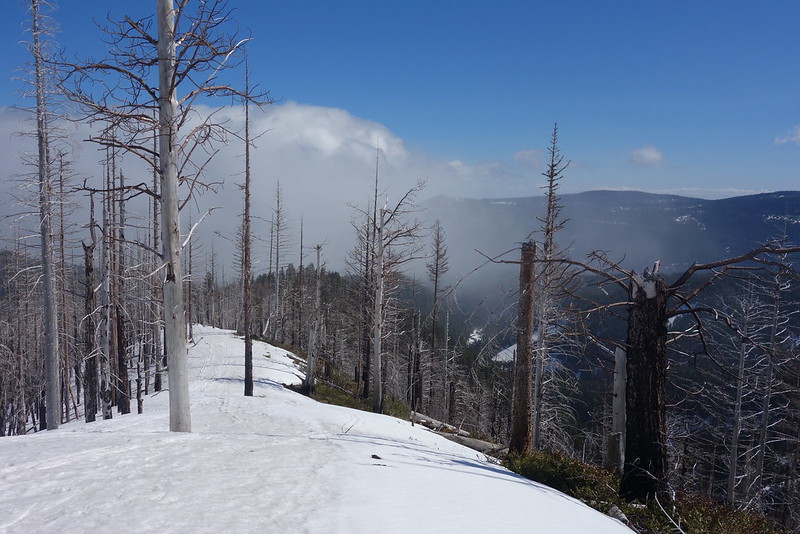 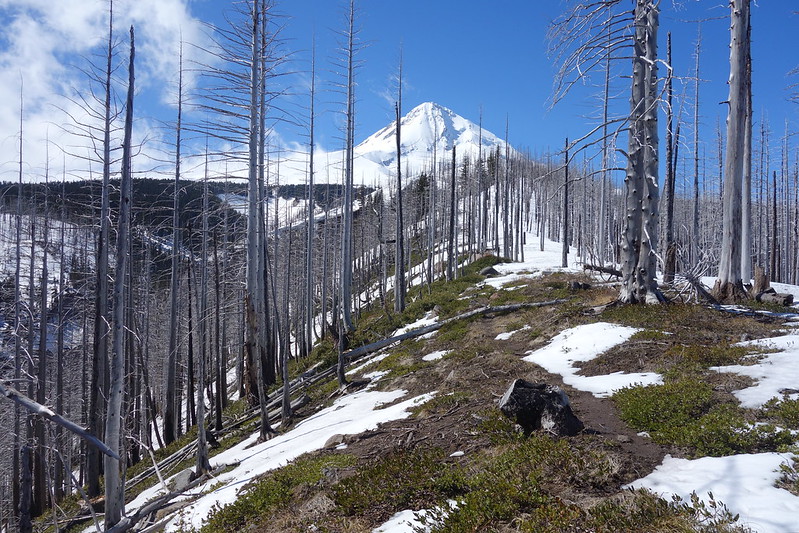 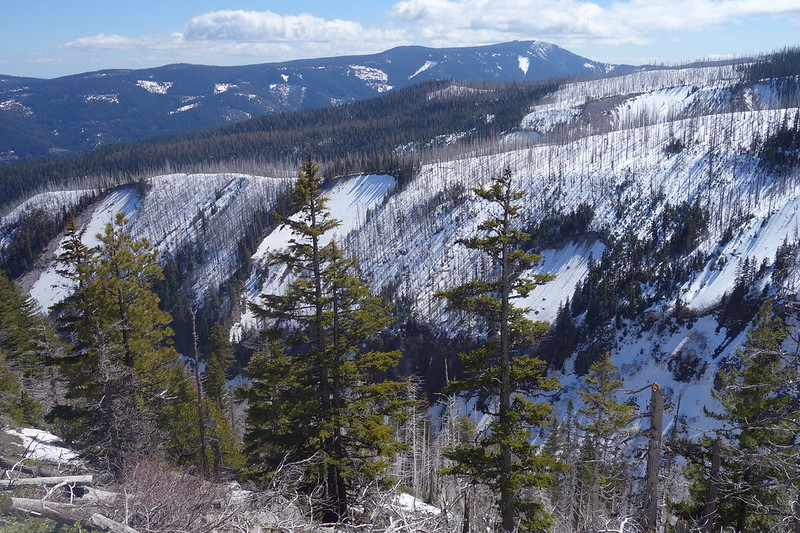 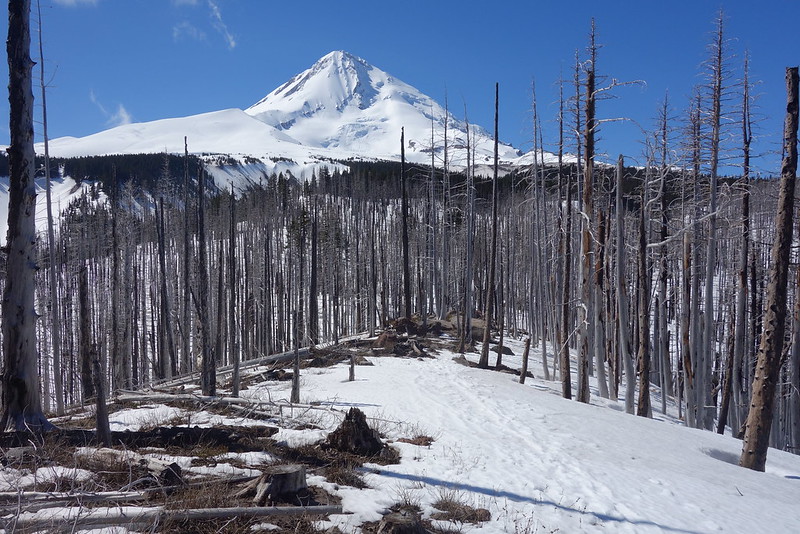 Eventually, though, we climbed past the old guard station and back into a healthy winter. From the A-Frame, we veered vaguely west, and hit the moraine just above treeline. I've been here a few times: in July and August, September and October, with early season bugs and late season color. But I think this was my favorite. The flowers were buried, of course, as were the strange, sharp shapes in the glacier. But in their place was a perfect white coat, and a mountain that seemed somehow wilder than I've ever seen it. 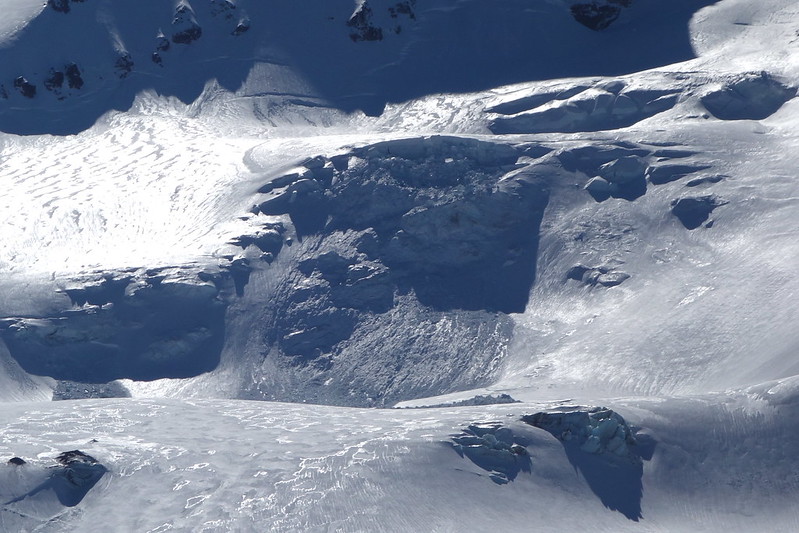 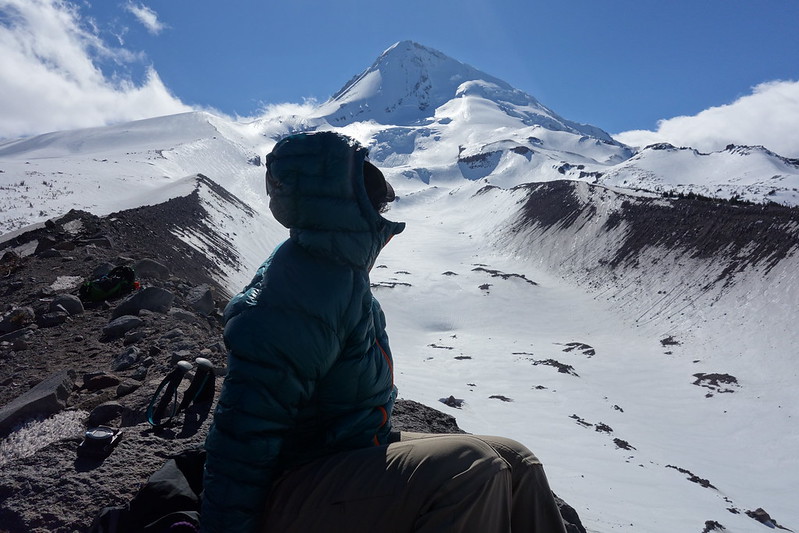 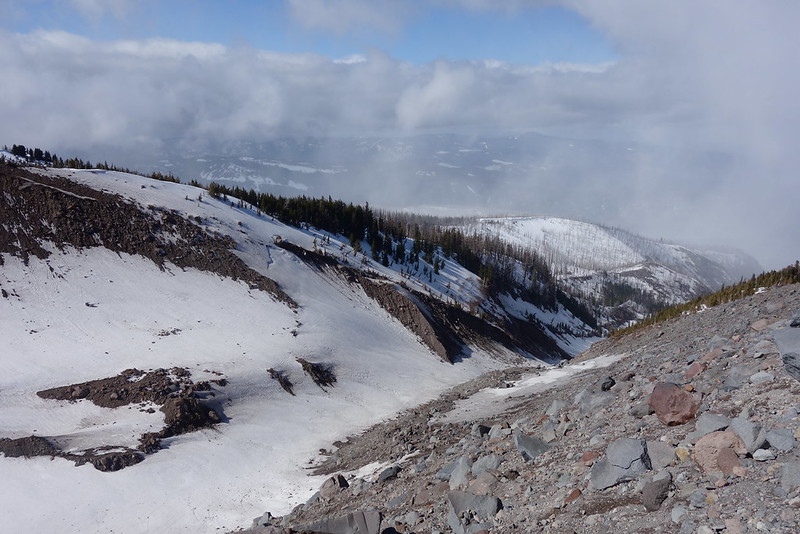 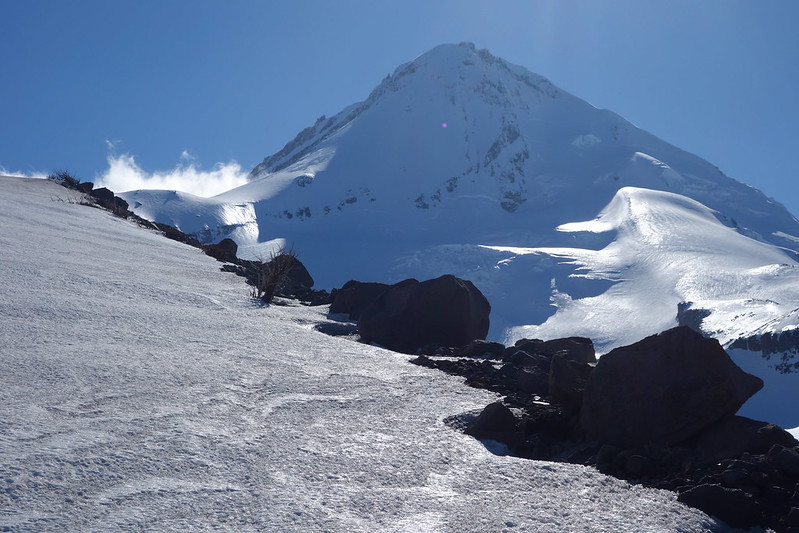 We goofed around for a long time, watching a storm pass below and taking twenty thousand pictures. Eventually, though, the hard wind got the best of us, and we reluctantly rambled south to the shelter, and started our long way back in the evening light. 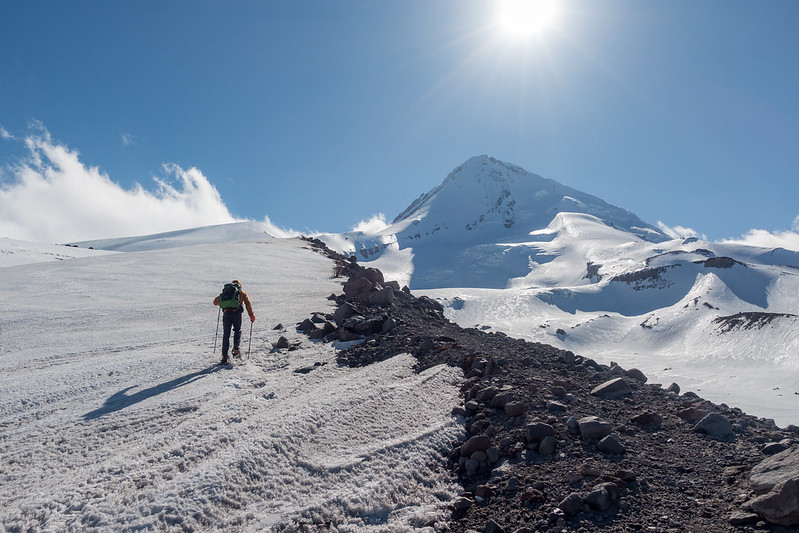 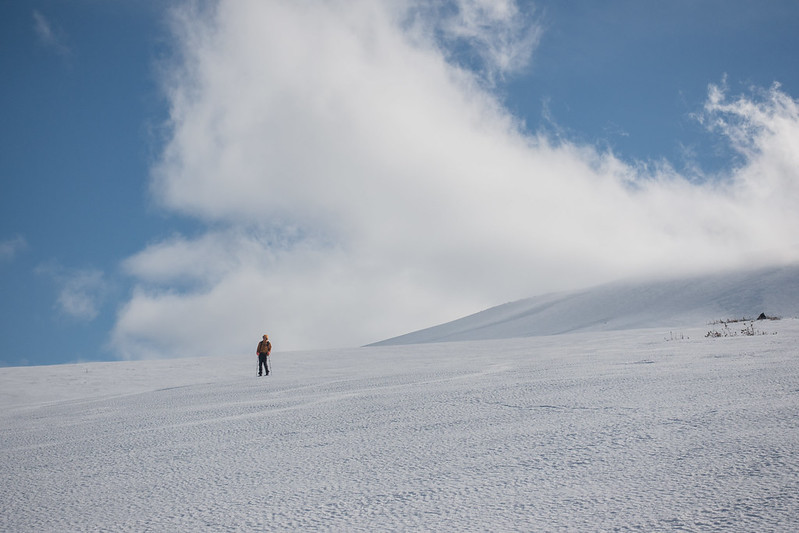 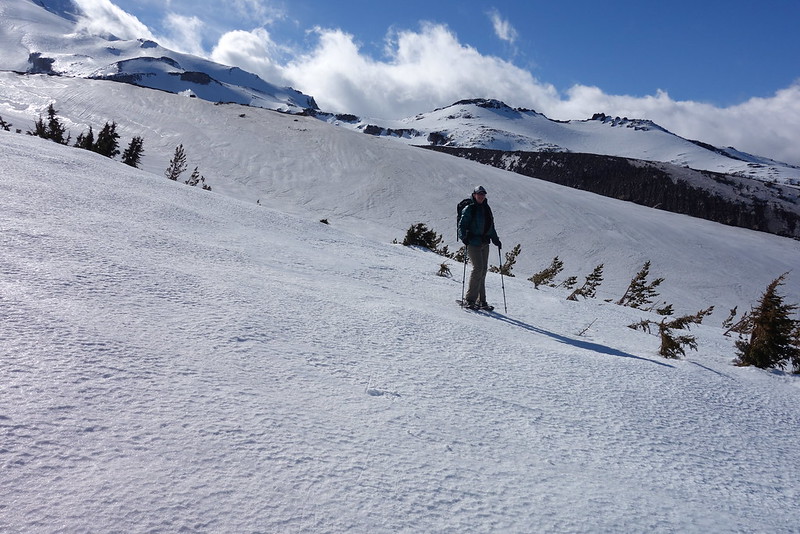 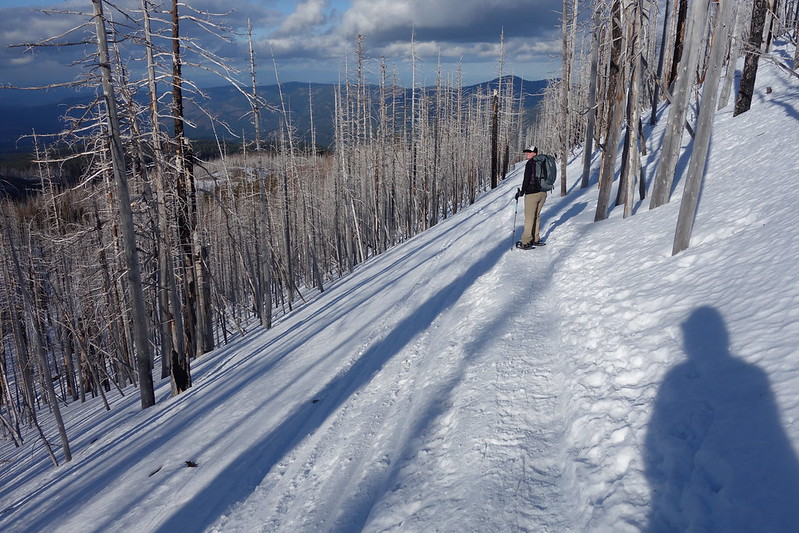 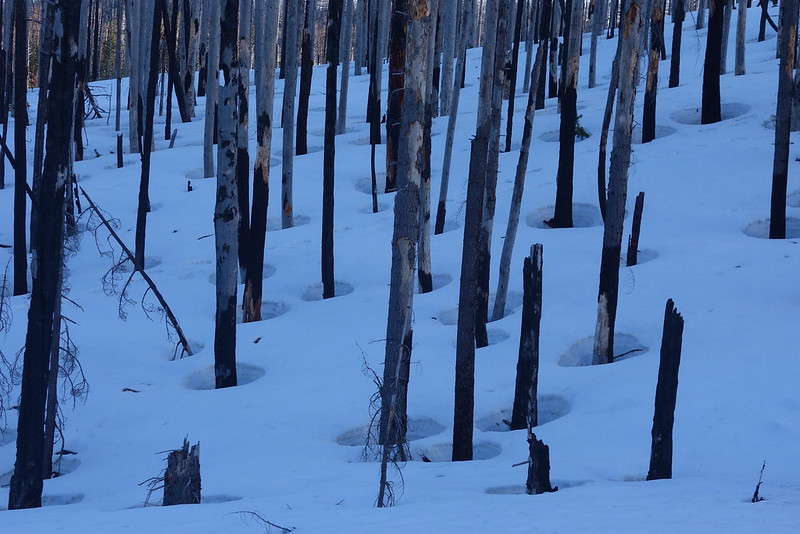 Really just a great day in the snowy woods. I'm not sure what took me so long with snowshoes, but I'm so glad to have seen the light. I guess I'm even a little sad about the start of spring, though I'm sure I'll change my tune when I see the first flowers

Nice! Thanks for posting this TR and the photos.

Wow! Great report and photos, Robin! I agree - nothing like being up on the mountain during the snow season..!

Great pictures from a great outing! Thank you!
Some people are really fit at eighty; thankfully I still have many years to get into shape…
Top

Very cool! Looks like I need to pack my alpine skis up there!

Mmmm Cooper Spur. Time to get out the crampons! Thanks for the inspiration.

Oh wow, thanks everyone!

Bosterson wrote:mmmm Cooper Spur. Time to get out the crampons!

Seriously! The ice was slick. And beautiful.
Robin