Probably because I bore easily, I’m always looking for new and interesting loop hikes with views. Lorain (Afoot & Afield Portland/Vancouver, 2nd edition, pg. 361) mentions a “giant loop” - up the Paradise Park trail (778), E on the PCT, and returning via the Hidden Lake trail (779) – which I did on Wednesday. The campsites at the Paradise Ridge TH are in pretty sorry condition, but the trail itself is wide, gentle, and largely free of obstructions all the way from the TH to the PCT. 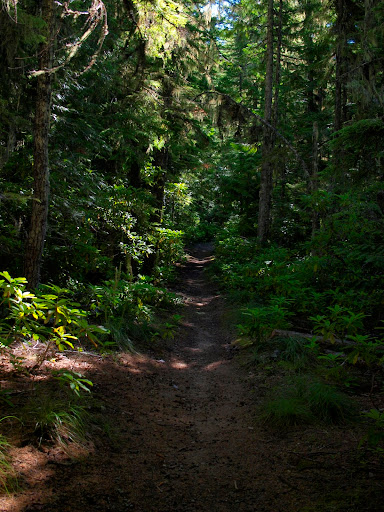 Mid-August and some flowers are still blooming – and attracting insect visitors. 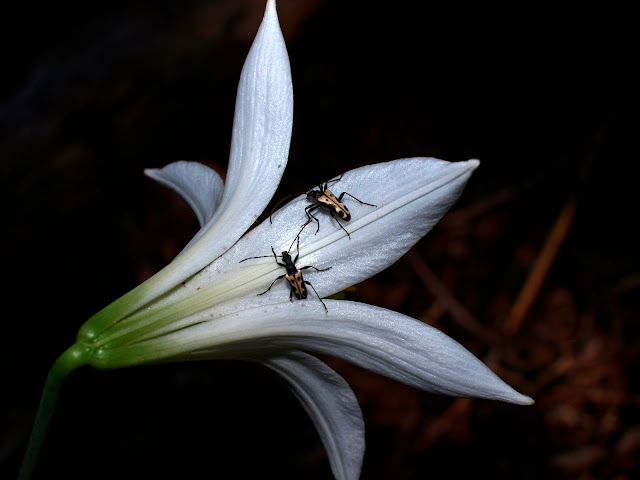 Most of the trail is in the woods – which is pleasant in its own right – but I didn’t get my first view of Hood (or much else) until mile 5 or so, 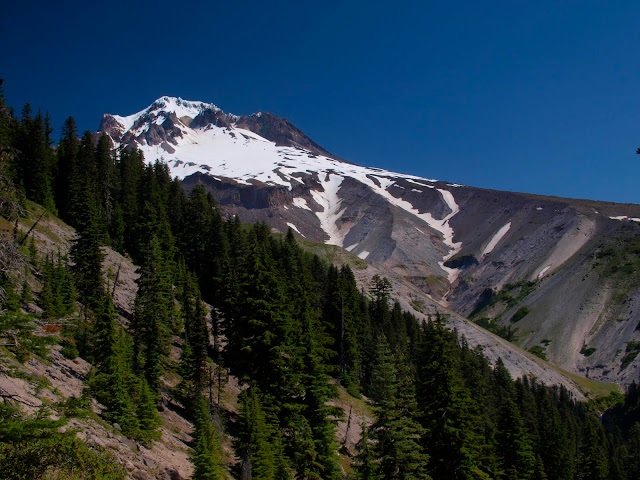 After about 6 mi, 778 crosses the PCT, climbs to trail 757, which then continues on to Paradise Park. 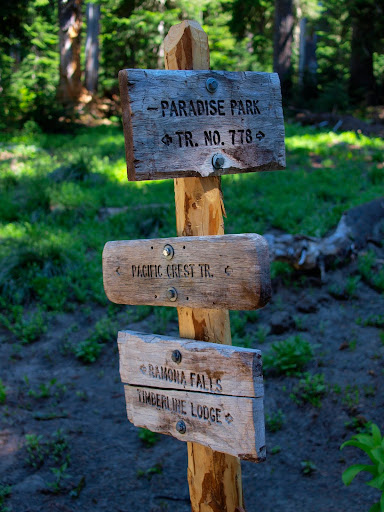 As with Yocum Ridge, after a long voyage through the forest, the trees just end suddenly and you are left with a gigantic full-on view of Hood. 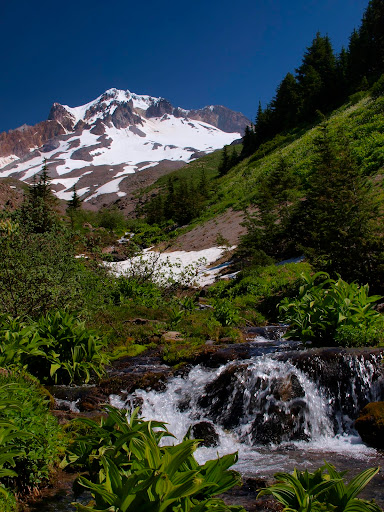 My older map still shows a “Paradise Park Shelter” - but the newer Green Trail map doesn’t – which is understandable since this seems to about all that’s left of it. 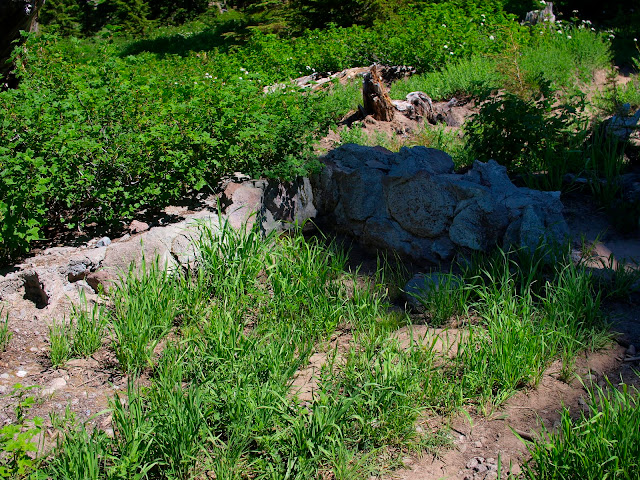 One thing I wouldn’t have seen if I’d stayed on the PCT are these large “meadows” between the tree line and the rocky upper reaches of Hood. 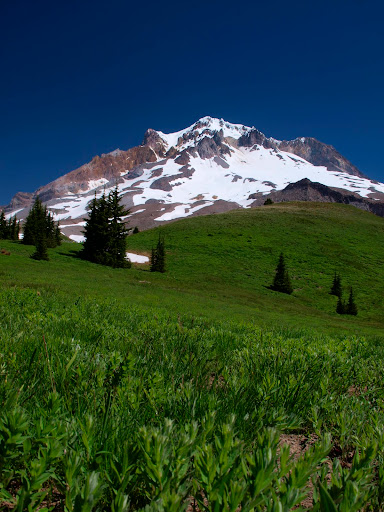 It being a totally clear day, I even got a view of Jefferson. 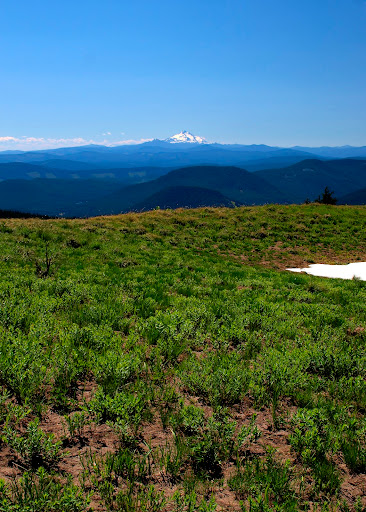 I headed back via trail 757 and then the PCT, which crosses Zigzag Canyon, 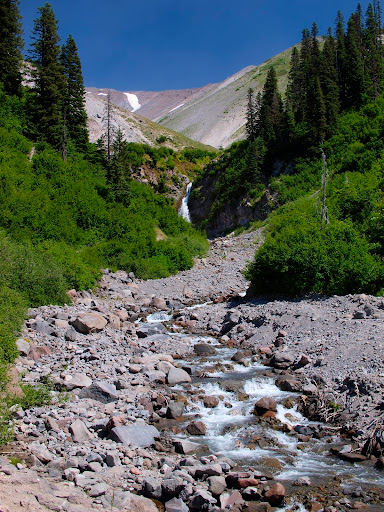 before climbing up to give a view of Hood’s Mississippi Head and the Zigzag Glacier above. 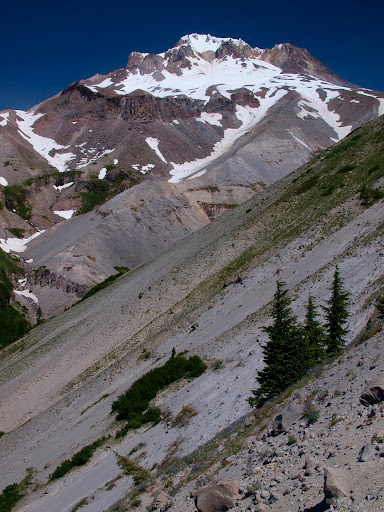 About a 1.5 mi after crossing Zigzag Canyon, the PCT reaches the junction with the Hidden Lake trail. This trail is completely in the forest all the way down to its TH and varies in quality between sketchy and OK down to Hidden Lake. 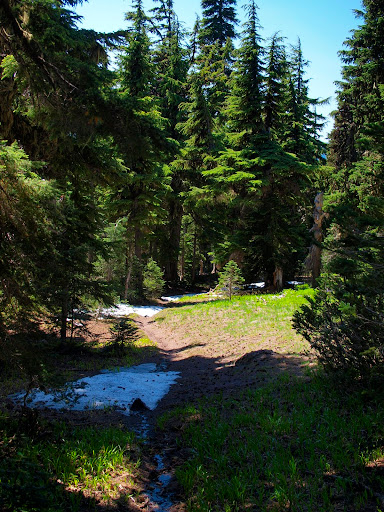 Between the lake and the TH it’s in much better shape – clearly the lake is the destination on this trail. The lake is, in fact, “hidden” in that it’s not at all visible from the trail and some bushwhacking is required even to get a look (it’s more accessible, and there are better camp sites, on the S side). 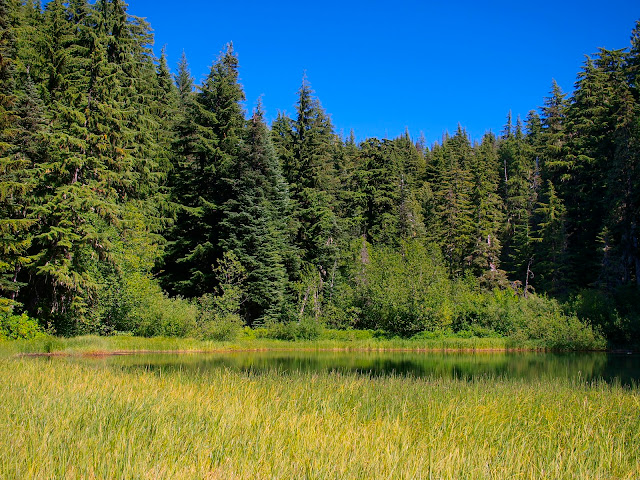 The TH is about 1.5 mi below the lake, and then it was another 0.7 mi down Forest Road 39 to my car at the Paradise TH. The hike up trail 778 in the morning under the forest canopy was very relaxing and the views, once I reached Paradise Park, outstanding. The only downside is that the return via 779 is all trees with no views – so I was a little “over forested” by the end of the day. But, overall, a pretty good loop hike - 16.5 mi, 3700’ gain. 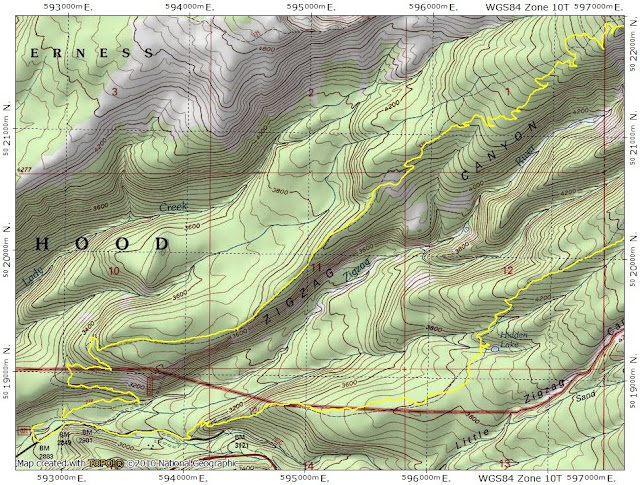 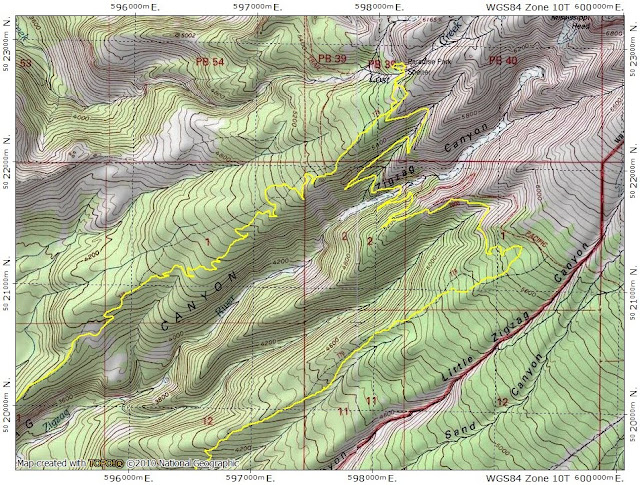 Were there lots of bugs?
Top

Those meadows look pretty green, were ANY flowers blooming in Paradise Park?
Top

retired jerry wrote:Wow, where did all the snow go???

Were there lots of bugs?

Except for maybe 1/4 mile on the Hidden Lakes trail, just after its junction with the PCT, there was no appreciable snow on any of the trails. Even when we have a heavy snow year, it always amazes me how fast the snow goes away, even as folks are estimating that it'll be around until the Fall.

Some mosquitoes and really annoying deer/horse flies but not many - looks like the snow lasted long enough to really slow down the insect life...
Top

Lorain's write-up suggested that in a wet year (like this year) there might still be large blooms around Paradise Park but I didn't see any. There are still some flowers coming out here and there but no large expanses of flowers.
Top

Great trip report. Glad to see the snow gone. Do you think the flowers have all bloomed out or just haven't started?
"When we try to pick out anything by itself, we find it hitched to everything else in the Universe." - John Muir
Top

Great trip report. Glad to see the snow gone. Do you think the flowers have all bloomed out or just haven't started?

I'm not a flower expert, but it looks like most have bloomed out.
Top

Strange year, there were still Glacier Lillies on my hike, but also a few ripe Huckleberries. Not sure my area get many flowers though.

Driving back on FS 16 (a part) I have never done there was a huge field with purple flowers and Mt Hood at about 3600' so much lower than my hike at 4800.
I did get a photo of these flowers along the road side:

Great trip report. Glad to see the snow gone. Do you think the flowers have all bloomed out or just haven't started?

I'm not a flower expert, but it looks like most have bloomed out.

Bummer, that's too bad.
"When we try to pick out anything by itself, we find it hitched to everything else in the Universe." - John Muir
Top

Did you see dried blossoms? I was hoping that the bloom would be late this year because of the snow. These pics were taken August 19th a couple of years back: