In their 1986 50 Hikes guide, the Lowes describe a loop hike on Mt. Hood going up Lamberson Spur and returning via Elk Meadow. I couldn’t find any mention of a similar hike in any of the current guidebooks for Mt. Hood or northern Oregon - there were few mentions of Lamberson Spur in any context. So, it went on my “to do” list and yesterday I had the opportunity to hike it. The Lowes started their hike from the Polallie TH, I started from the East Fork TH off Hwy 35 - either works and the mileage is similar. I crossed the bridge over the East Fork, 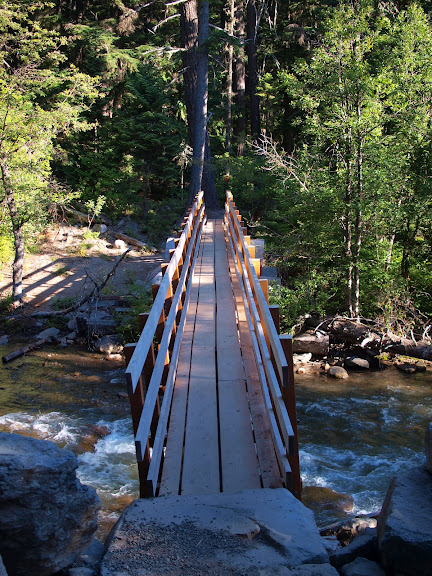 Then took the East Fork and Tamanawas Falls trails to the Elk Meadows Trail and then followed that to the junction with the Lamberson Spur Trail (#644). WARNING - the permit box on the Elk Meadows Trail is currently home to a bunch of angry wasps who do not (as I painfully discovered) like having permits shoved into their nest. 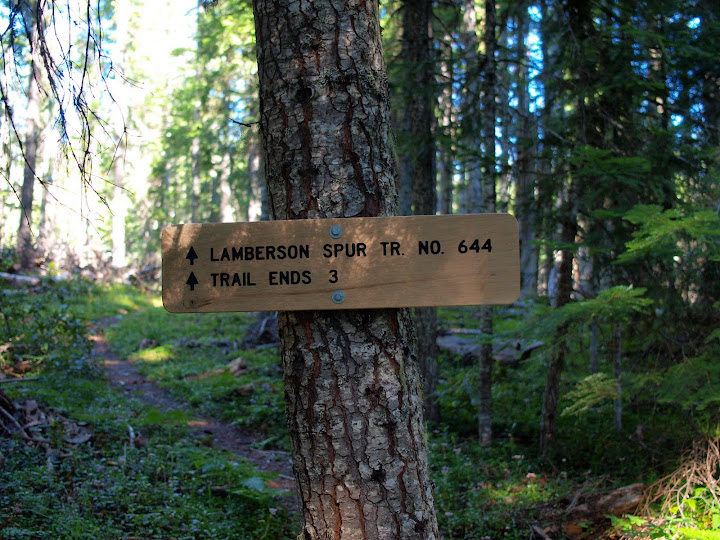 For the sign to say that #644 is really a trail for 3 miles is a bit optimistic - it was good for about 2 miles and then I was into route finding. Up to 5100’, the trail appears to have gotten some recent maintenance (last year?) and is clear and easy to follow. 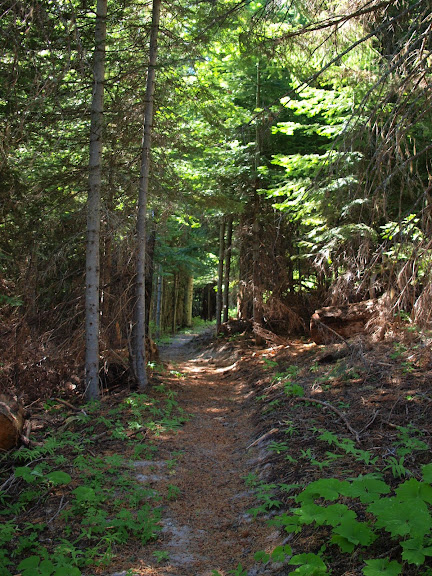 However, at 5100’ the maintained and easily visible trail ends in an open area (helipad?). By heading right and staying on the ridge, I was able to pick up faint traces of the former trail. Unfortunately, a fire has swept over this section the ridge since the Lowes time, 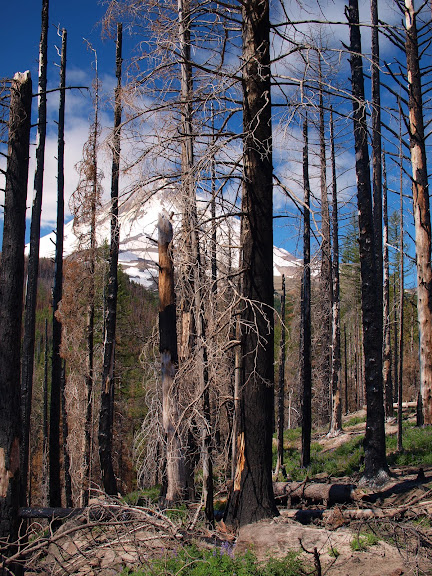 and the last ½ mile or so of the 644 is a barely discernible divot in the ashes and fallen timber. 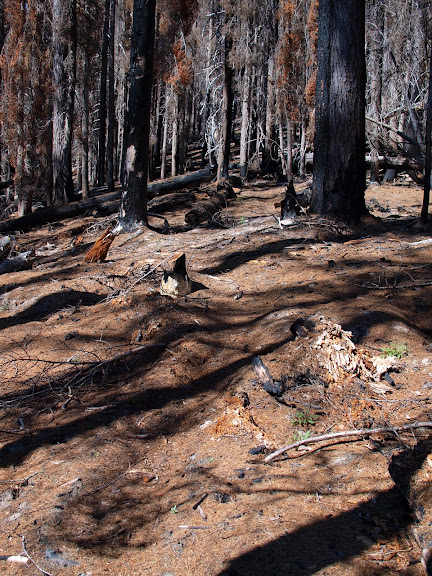 There aren’t many views in this section, but I got one of Lookout Mountain to the west through the burned trees. 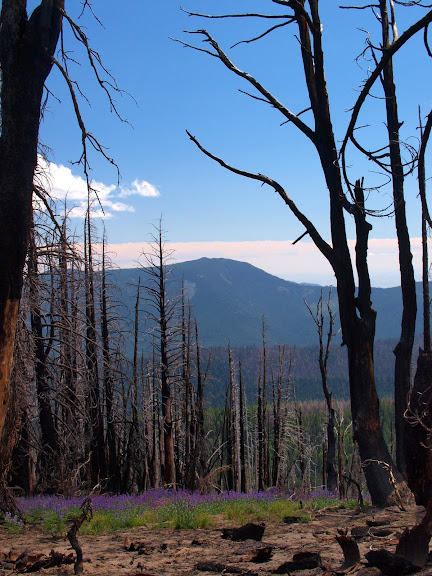 After the “trail” disappeared completely, I just stayed as near to the crest of the ridge as possible and headed up. There are some steep sections between 5200’ and 6200’, but by 6200’ the gradient eased and I came upon the “pinnacles” shown on the Lowe’s map. 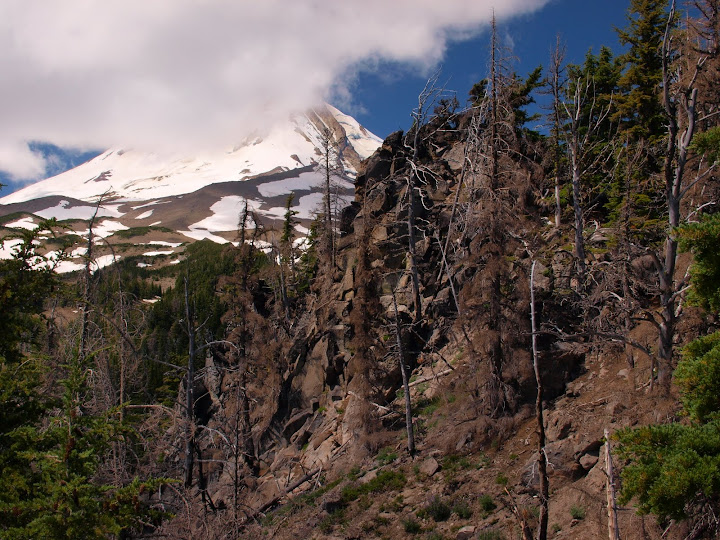 These are a number of rocky protrusions spread out along the ridge - all of which can be easily by-passed to the left (S). I scrambled over some of them early on - which was fun but was taking too long - so I by-passed the later ones. I found a water bottle among the rocks and a few boot tracks here and there but nothing like a use trail. This part of the ridge is rocky and open, so I had a great view of Adams and Rainier. 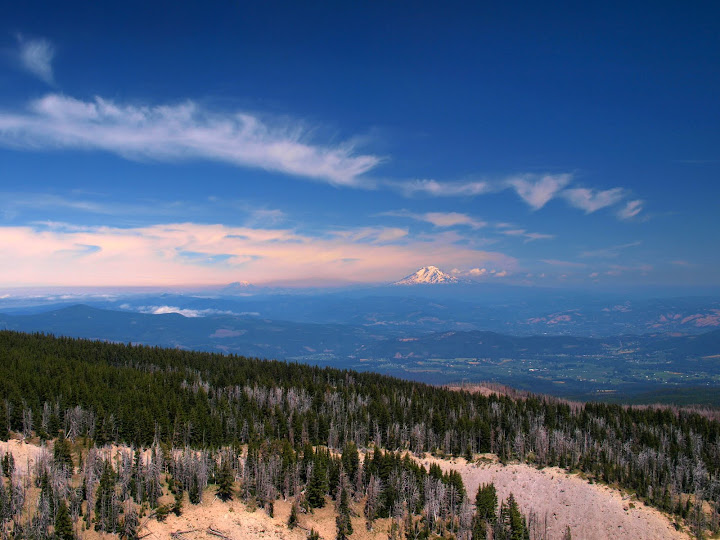 Once past the pinnacles, the gradient eased even more, all the burned trees were behind me, and the terrain opened-up with pleasant ground cover and live trees. 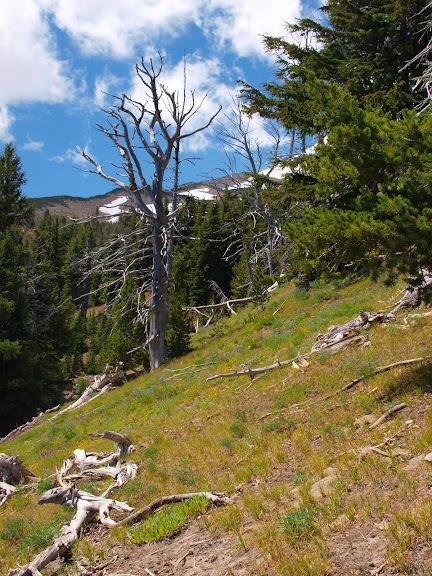 At about 6800’ I began to contour south and up a bit to arrive at the Timberline Trail at 7200’. Fortunately my GPS was spot-on because large sections of the TT are still snow covered in this area. 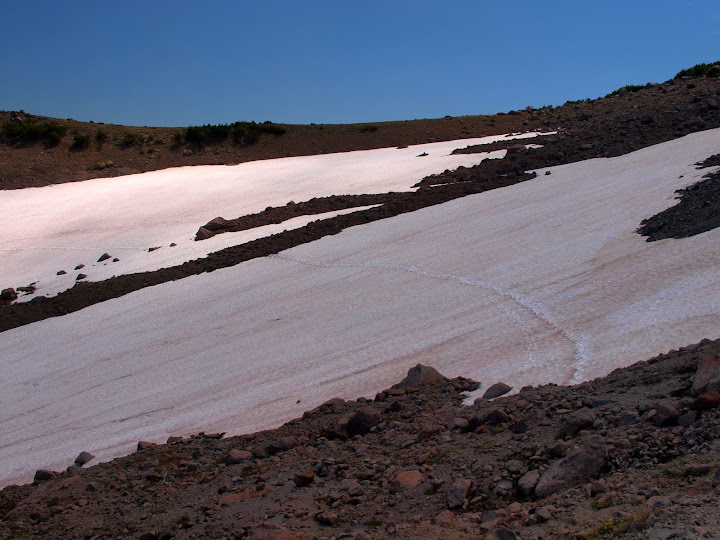 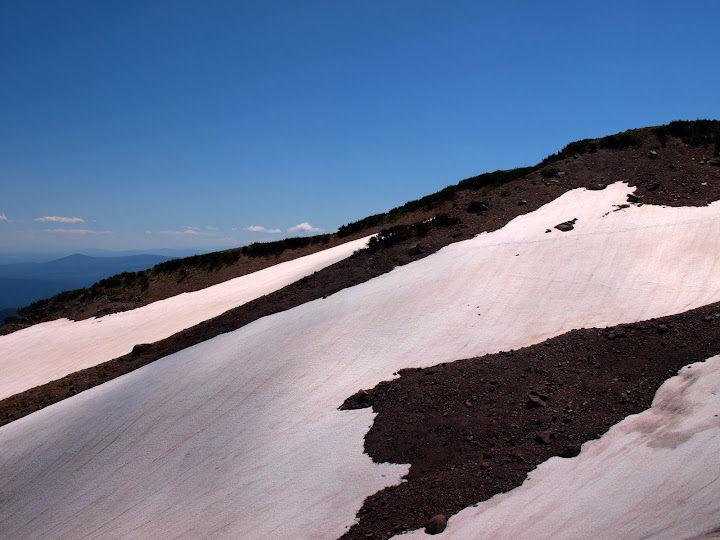 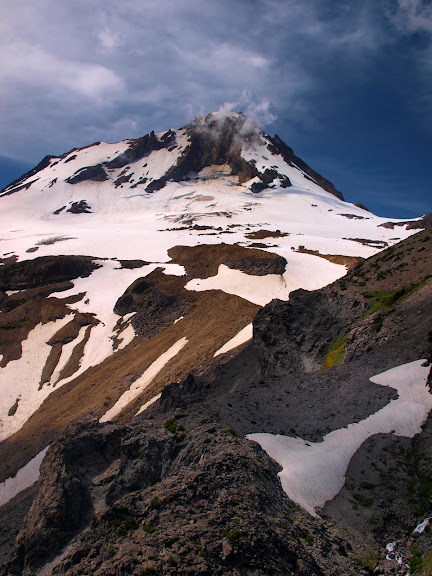 but I could also see Jefferson and the Sisters from Gnarl Ridge. 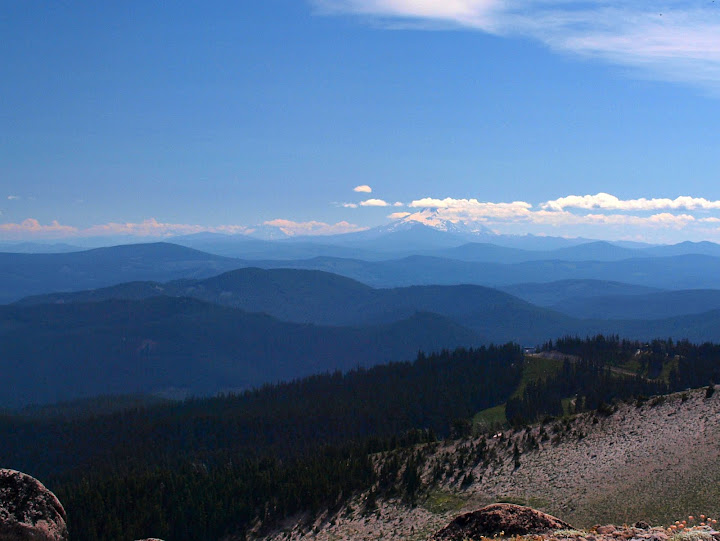 I followed the TT around to the cut-off trail to Elk Meadows, 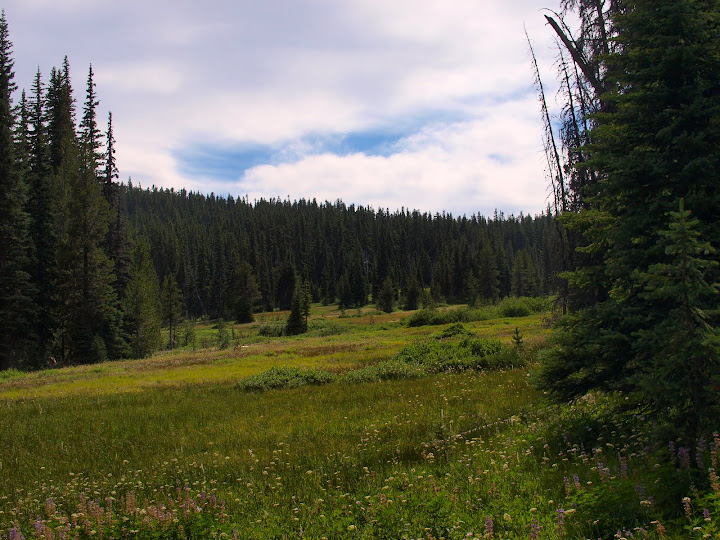 then took that and the Cold Spring Creek (#645) trail back to the East Fork TH. The Lowes considered this the most challenging among the 50 in their guide. I can’t say in general but the combination of altitude, cross-country route finding, total distance (16 mi RT, 4200’), and great views certainly made it both fun and rewarding.
Top

Awesome TR! I almost did this hike yesterday - great minds think alike. And it would've been funny to cross paths out on the trail once again

Good to know about the route finding issues. And I love your photo of Adams and Ranier. The clouds are amazing! Looks like a rewarding day on Mt. Hood.
Kam
Top

Well done! Looks like a great hike, I have been wishing to do a similar loop since the 2008 fire. After your report, this hike has moved way up my “to do” list.
What a horrible surprise with the wasps:

VanMarmot wrote:WARNING - the permit box on the Elk Meadows Trail is currently home to a bunch of angry wasps who do not (as I painfully discovered) like having permits shoved into their nest.

Many thanks for posting this great report.
Some people are really fit at eighty; thankfully I still have many years to get into shape…
Top

Peder wrote:Well done! Looks like a great hike, I have been wishing to do a similar loop since the 2008 fire. After your report, this hike has moved way up my “to do” list.
What a horrible surprise with the wasps.

In all fairness, there was a small note on the box that said "bees in the box." So thinking I would be dealing with some mild mannered bees, I went ahead and provoked a swarm of wasps with serious attitude.
Top
Post Reply
4 posts • Page 1 of 1