Today I did a loop from Shellrock Lake over to Cache Meadows and back via Serene Lake. It was a new area for me (and thus worth exploring) but the 3 hour RT drive from Portland for a dayhike was a little daunting. Starting from the Shellrock Lake TH near Hideaway Lake, I glided up to Shellrock Lake, 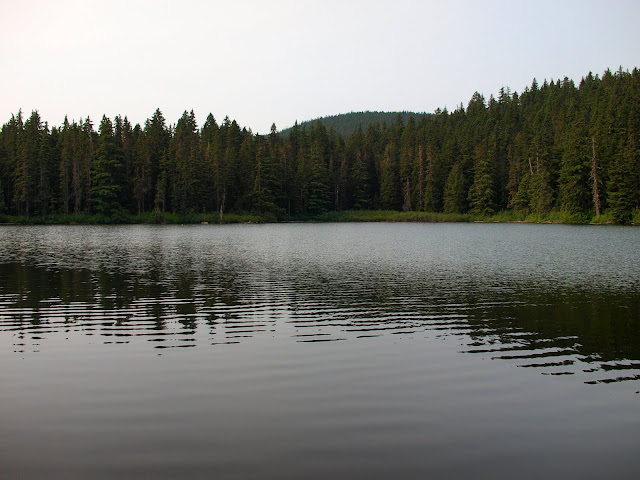 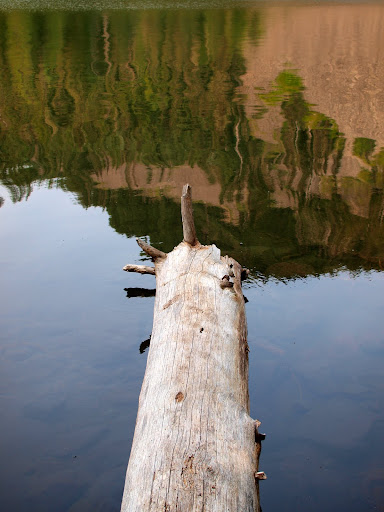 and then went on up to Frazier Turnaround. This is the area where a hiker/camper has been missing for some time now – the Turnaround was closed recently due to SAR activity (it now seems to be open) and there is colored tape indicating SAR activity along the trail from Cache Meadow to Serene Lake. I headed down to Cache Meadow. 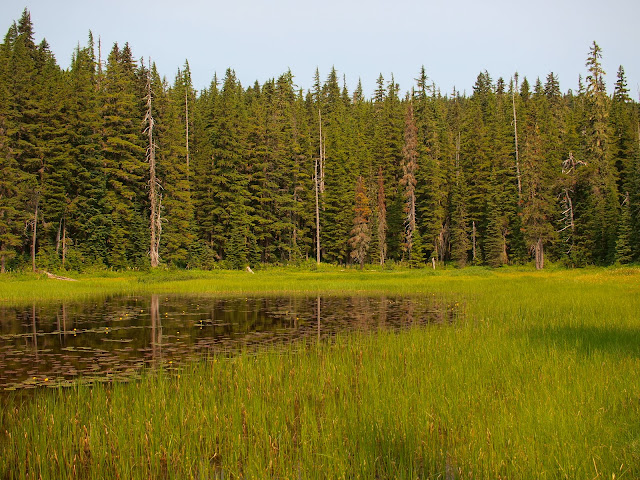 Mosquito activity was less than expected throughout the hike – noticeable first thing in the morning but no bother while hiking or during the day. I’ve recently given up on “environmentally sensitive” mosquito repellents (they just don’t work for me) and gone back to DEET (98%) - a little dab of that was enough to keep the flying blood suckers at bay all day.

From Cache Meadow, I climbed up to the great view point above Serene Lake, where I could see the lake with Adams and Rainier in the distance. It was oddly overcast today so Hood, which should have been very visible, was largely obscured by low clouds and haze. 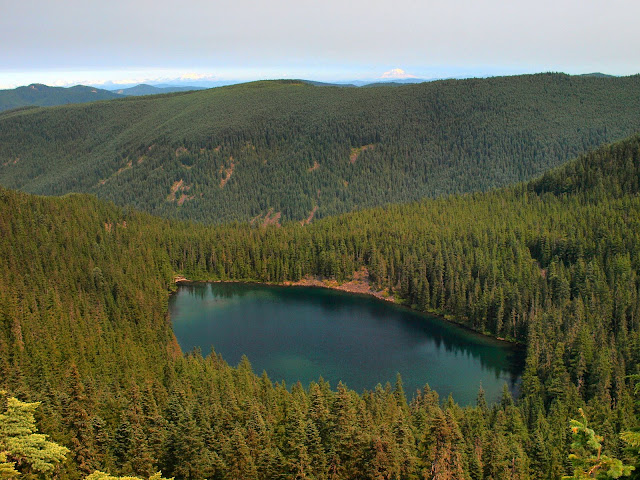 I stopped for lunch on the rim overlooking the lake (good view, breeze, and few bugs) then finished the loop past Serene Lake, 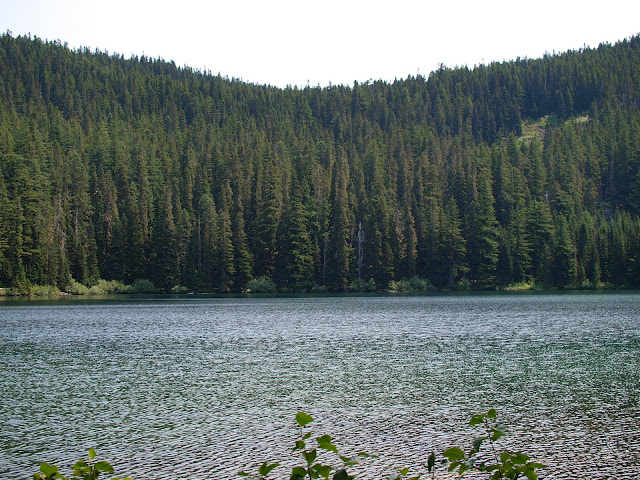 and on back to Shellrock Lake and the TH. Nice day and nice hike despite the drive.
Top

Good grief, Van - you're covering a lot of ground lately! Okay, this one has been on my list for the "magic window" for some time, but I'm pretty sure I missed it, and the bugs are carrying whole hikers away at this point... sad about the missing guy up there. When I heard "Rock Lakes" on the media reports, I immediately wondered if this guy got lost on the often unsigned network of trails up there...?

Splintercat wrote:Good grief, Van - you're covering a lot of ground lately! Okay, this one has been on my list for the "magic window" for some time, but I'm pretty sure I missed it, and the bugs are carrying whole hikers away at this point... sad about the missing guy up there. When I heard "Rock Lakes" on the media reports, I immediately wondered if this guy got lost on the often unsigned network of trails up there...?

They told me they were going to take my "excess" vacation time away unless I used it first, so I've been really motivated to be hiking. I'd say your "magic window" will be open in the next 2 weeks - the bugs weren't that bad for me and I don't expect most of them will be able to stay airborne too much longer. There are signs on most of the trails but some of them are pretty cryptic - "4", "517", "Trail" - and some major junctions - like the one from Cache Meadow to Cripple Creek weren't signed at all - so I needed a map and a page from the Sullivan guide. Judging from the amount of colored tape along the trails, various SAR groups really worked the area hard - but to no avail so far.
Top

According to this latest report in the Oregonian there were "hundreds", including aircraft -- wow! The part that jumped out to me is in the last part of the article, where they included Shining Lake as one of his day-hike outings. It's not unreasonable from Middle Rock Lake, but I'm guessing it would be a good 8-10 miles, round trip. Seems odd that he'd go that far with just his fishing gear.

Okay, I'll have to reconsider the bug factor, Van. Besides, if I only lose a quart or so, it will be just like donating blood at the office....

the 3 hour RT drive from Portland for a dayhike was a little daunting.

You can shave off quite a bit of that time by using the Cache Meadows Trailhead. It starts you out around a mile from Cache Meadows at about 4000 feet. There is a short loop available and then access to the whole Serene/Rock lakes area and the Salmon-Huckleberry from the south.

This trailhead is not in the field guide on this site.

You get to it by turning left just past Ripplebrook Ranger Station onto Ripplebrook Road 4631. This was the original road in the area, back when the only access was from the east. Follow the pavement until its gravel. Not too far past that change keep left at a major intersection. Left is really straight ahead and uphill. Ignore the road to Lake Harriett to the right. At the next intersection turn left onto the Skunk Creek Road 4635.

This winds along for a number of miles, first below the big cliffs and finally above them. Goods views and occasional fine wildflower areas will be seen. Once above the cliffs the road drops and reaches the trailhead. It is on the left just past a short camping-spot auto track. There is parking on the right, and a trail is there too, leading to a small brushy lake right away and eventually to the Clackamas 3000 plus feet down.

The trail to Cache Meadows drops into huckleberry wetlands. I usually head right where the loop returns, which isn't very far in. You will pass several vernal lakes (grassy meadows by late summer) and finally what I call Big Beaver Lake, which is permanent and has rafts. (bring paddles.)
....where does that trail go?
Top
Post Reply
5 posts • Page 1 of 1