My hiking in the Clackamas foothills is limited by what is usually a three hour round-trip drive from SE Portland. But Saturday I needed a break from the Gorge and decided to explore Dickey Creek and Big Slide Lake. The drive to the TH was almost all on paved roads – only the last 3 miles were unpaved, but on good gravel (more hiking but less driving on dirt than the Pansy Lake TH). The clouds that were hanging over Portland were largely gone by Estacada and I arrived at the TH under completely sunny skies. The trail drops 400’ from the TH through lush vegetation and an old-growth forest of Douglas fir. 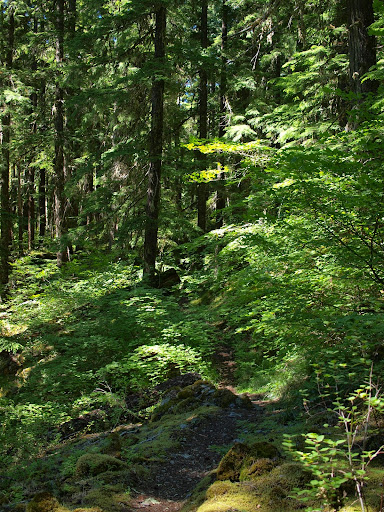 The trail seems to have received some heavy maintenance fairly recently and the majority of trees down across the trail between the TH and Big Slide Lake had been cleared. Just after entering the Bull of the Woods wilderness, I passed a pond flecked with water lilies, some of which were just starting to bloom. 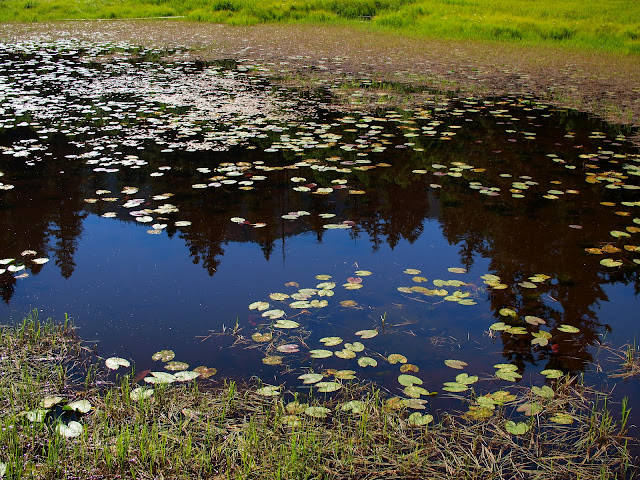 At 2.9 mi, I crossed Dickey Creek and started the gradual climb toward Big Slide Lake. Sullivan describes this as a “long, hot climb” but in the morning it’s in the shade and was quite pleasant. As I went higher, the undergrowth subsided and some views up and down the canyon emerged. 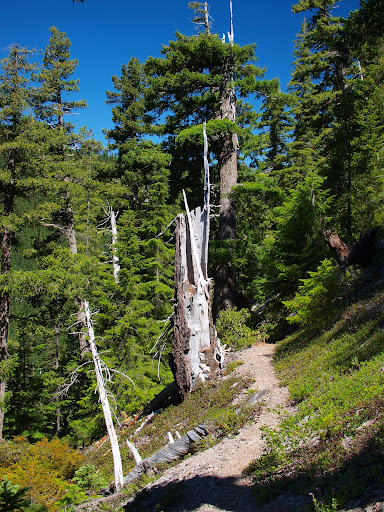 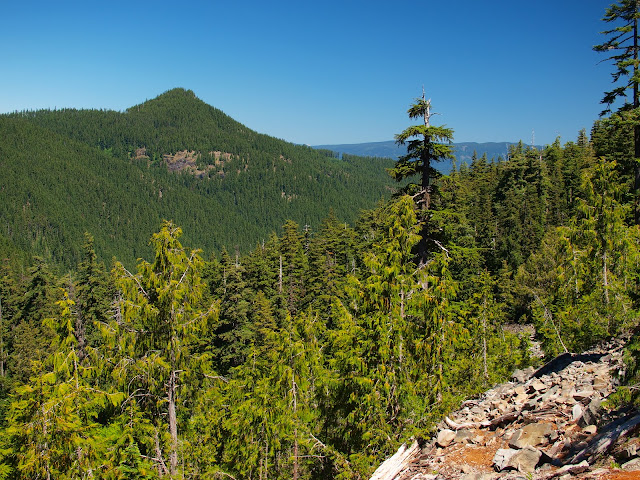 After about 2 mi I got a view up the big slide toward Big Slide Mountain, 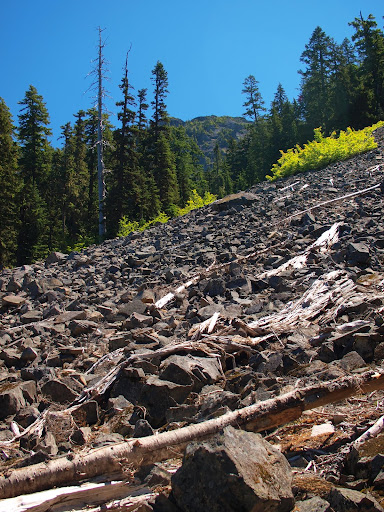 and shortly thereafter came to the junction with the spur trail (no sign but obvious) to the lake. A short descent, a hop across the outlet, 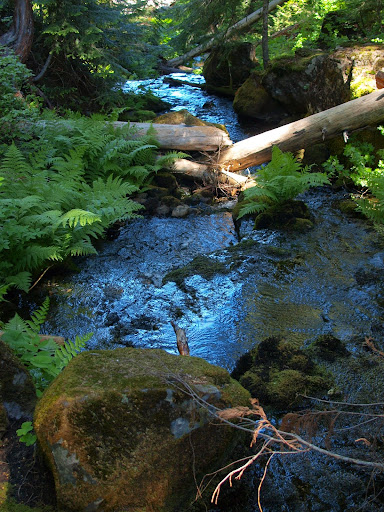 and I was at the lake. 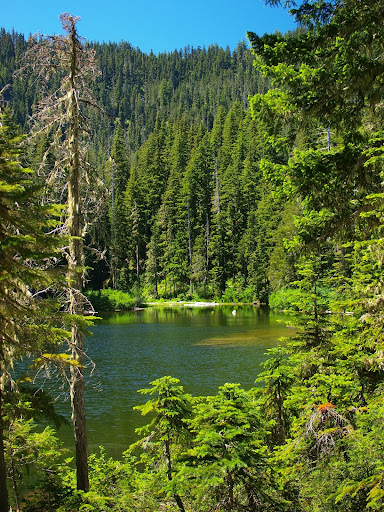 I could see the Bull of the Woods Lookout above the lake but, lounging in the warm shade next to the water, could not find the motivation to hike up to it. The mosquitoes, annoying but not coming at me in clouds, didn’t provide enough motivation to move either. 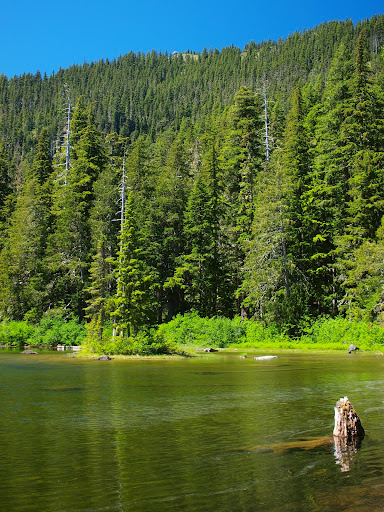 Sullivan mentions the “plentiful salamanders” in the shallows of the lake and, sure enough, there were at least two dozen of them either sitting on the bottom or gliding gracefully through the water. 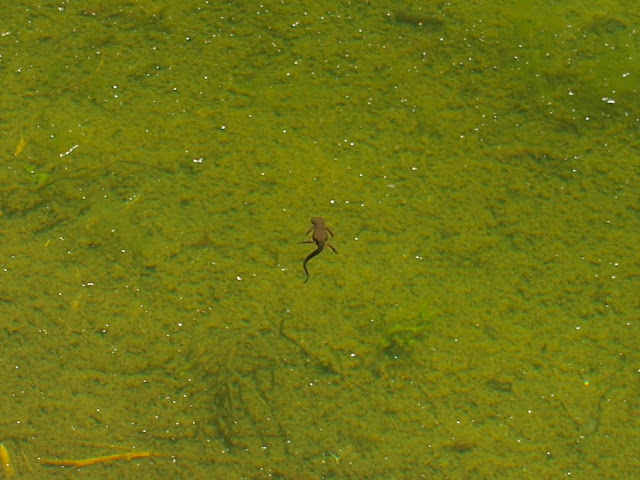 On the way back, I expended a lot of digital memory fooling around with photos involving sunlight (I guess I haven’t quite yet recovered emotionally from those seemingly endless cloudy days this Spring). 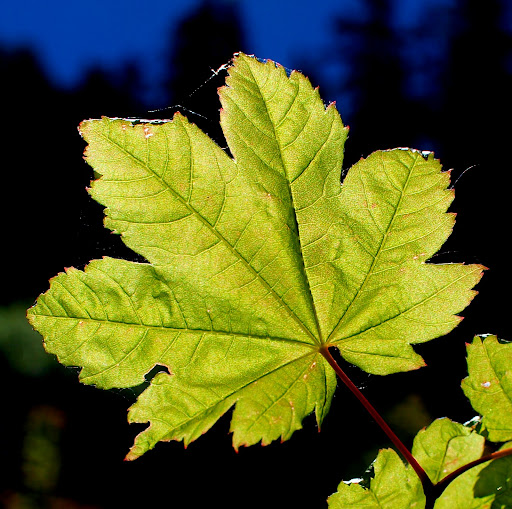 I wasn’t looking forward to climbing back up to the TH but it didn’t prove to be all that daunting (even in the afternoon heat). I met 4 backpackers on their way out, 4 on their way in to camp at the lake, and 4 camped at the lake - so the area is popular but hardly seemed crowded. Beautiful area, great little hike (11 mi RT, 2300') - maybe next time I’ll find the motivation to continue on to Big Slide Mountain or the lookout?
Top

I love that hike, Van -- beautiful forests, lots of varied terrain and some very nice campsites at the lake. The spot by the tiny island is my favorite -- you wake up to the sun hitting BOTW lookout, and reflecting in the lake... nice! One of my "someday" trips is to set up camp at the lake, and bushwhack to both summits of Big Slide Mountain. That is such a cool peak!