In the Lowe’s 1986 50 hiking Trails in Portland & Northwest Oregon, the Green Canyon Way trail that climbs from the Salmon River to Hunchback Mountain is described as "...only half completed ... and, because of lack of funds, may not even be finished in 1986." Apparently the funds were found (Ah, those were the days!) because the hike up Green Canyon Way now appears in both Afoot & Afield and Sullivan’s NW Oregon guide. Yesterday I did the loop up Green Canyon Way, along Hunchback Ridge to Devils Peak Lookout, then down past Kinzel Lake to the Salmon River Trail, then followed it back to my car at Green Canyon Campground. The Green Canyon Way trail (#793A) is well graded and in very good condition – those trail dollars spent back in ’86 really paid off. As I climbed, I passed through a few open meadows still carpeted with flowers. 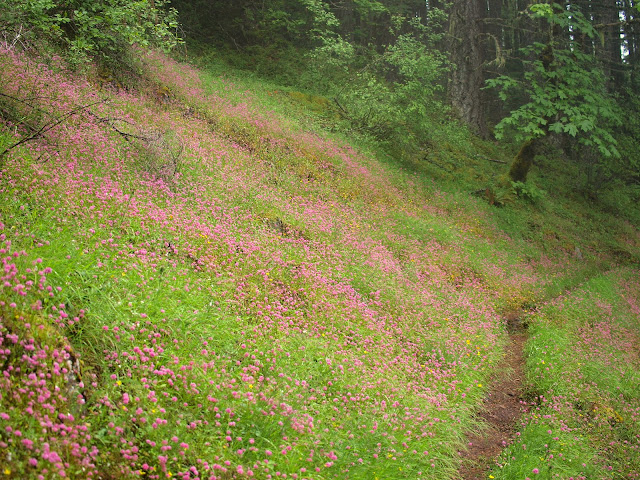 All along all the trails in this loop, rhodies were flowering or just starting to flower. 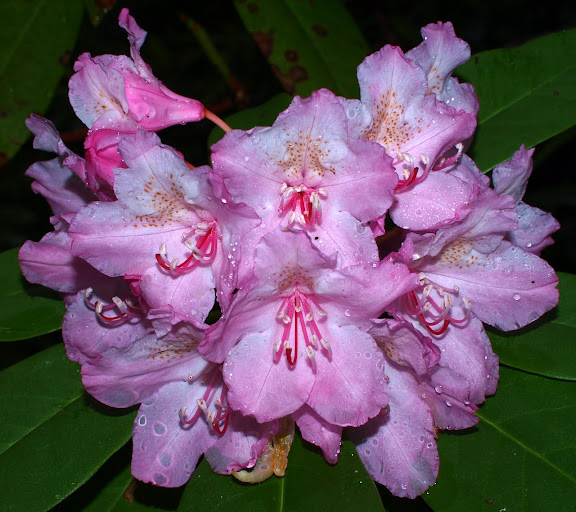 I started hiking under cloudy, overcast skies which, for the most part, stayed that way until mid-afternoon. The lower portions of this trail inhabit a temperate rainforest and this, in combination with no direct sunlight and some rain the night before, meant that I was wet from the waist down in no time (yes, I could have worn rain pants but I so desperately wanted to believe it's really summer...). There were occasional, tantalizing injections of sunlight into the forest, but these were short-lived. 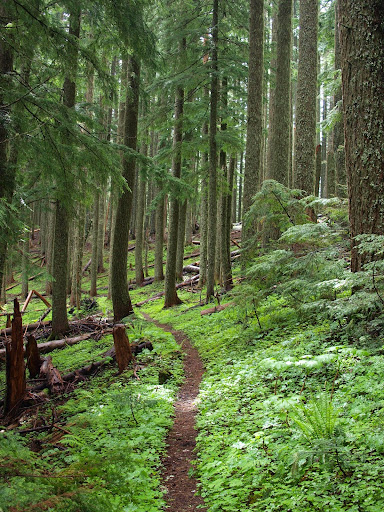 After 3.3 miles and about 2500’ of gain, the Green Canyon Way trail joins the Hunchback Mountain trail. Between here and the lookout, the Hunchback trail was plagued by numerous small and large fallen trees. I was certainly “hunchbacked” after crawling over, around, and under a bunch of them. Views were non-existent but I did capture this poetic moment of friendship between a rock and a tree. 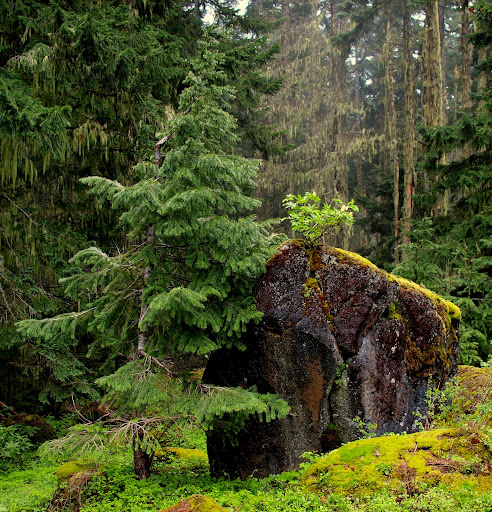 A one point I passed through a stand of what looked to be dead or nearly dead trees – all candidates for future blowdowns and trail obstacles. 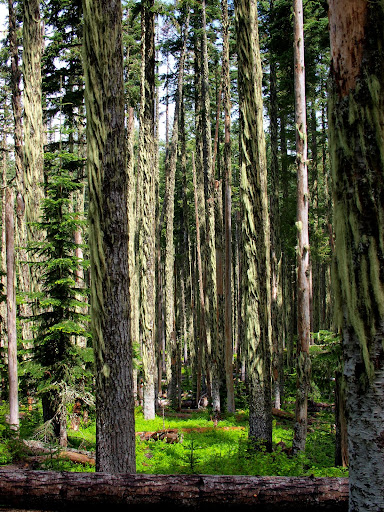 Further “hunching” got me to the lookout. The clouds still hadn’t parted, so there were no views of Hood or anything else. 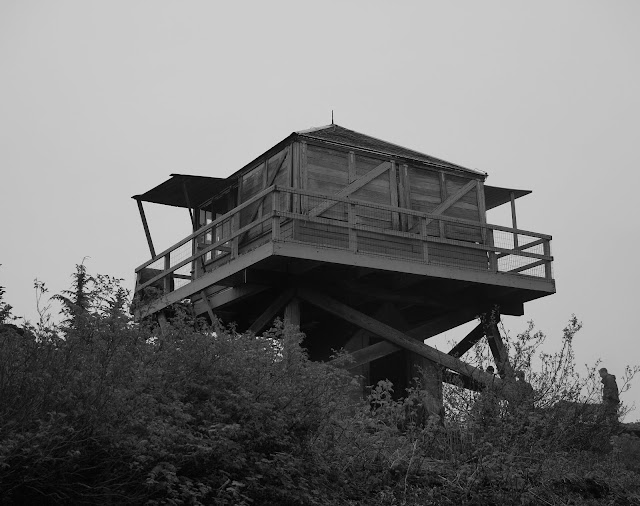 A party of 10 occupied the lookout (other folks were camped in the woodshed) and had apparently hauled a nearly inexhaustible supply of beer (and canned chili) up from their cars at Kinzel Lake. 10 people, beer, and canned chili in a confined space? It was time for me to head down to Kinzel Lake.

There is a side trail to the lake, but it’s not signed, so I unintentionally blasted past the lake on my way down. By now, the clouds were beginning to part and I could see out across the upper reaches of the Salmon River drainage. 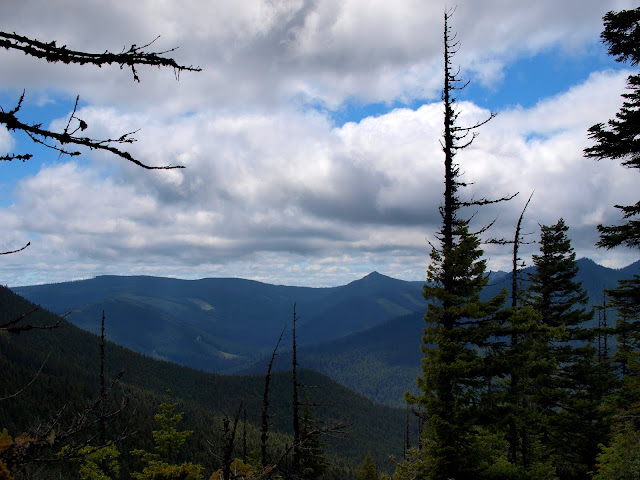 The Salmon River trail drops about 1000’ at a pleasant grade between the Kinzel Lake trail junction and the TH. Along the way, there were at least three viewpoints where I could look up and down the canyon. 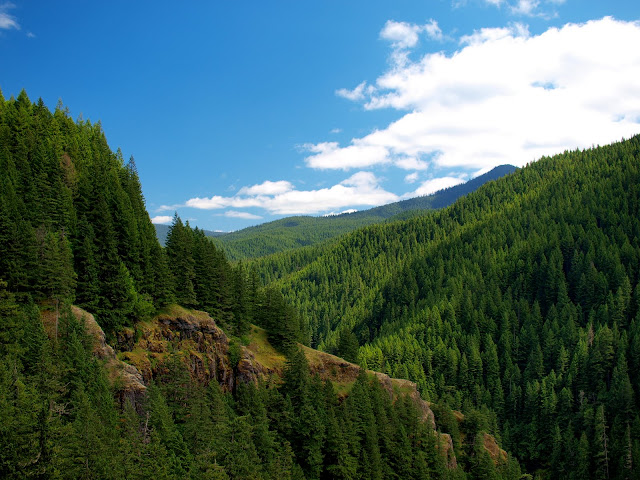 I came to this bridge thinking it had collapsed only to discover that it was intentionally built in a V-shape. 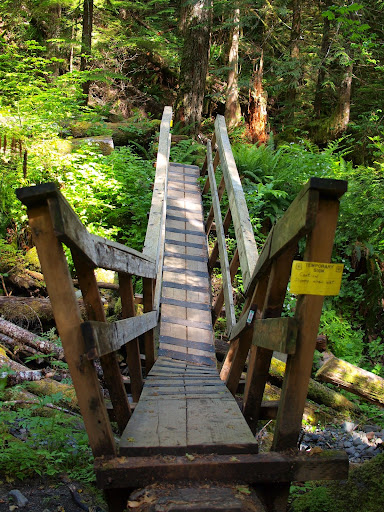 About 2 miles from the TH I passed Rolling Riffle Camp and began to get frequent views of the Salmon River. 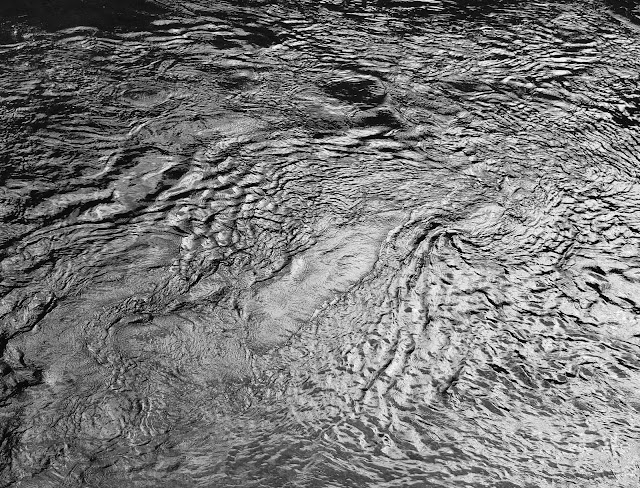 Although the lookout was packed with chili-charged campers, and every campsite between the Kinzel Lake trail and the TH was occupied, I only encountered a few people actually on the trail and then only in the last 2-3 miles before the TH. I really enjoyed this hike – my only regret is that I didn’t do it on a clear day. It would be a great hike for a really hot day, since you are in the forest most of the day but finish up during the hottest part of the day next to a cool, refreshing river.
Top

How long did the the loop take? How much of the 2.5 miles distance along Hunchback Ridge was covered in blow-downs?
Top

Where is the TH at and where can I find the right directions for the trail at? I don't see it in the Find a Hike area. This trail seems so nice and have many different views and scenes.

What a great hike and photos. Thanks for sharing...

Nice Van, I hadn't heard of this route but it's on my list now. And your camera work still impresses, that Rhody shot is nonpareil!!
Skip
Top

Thanks - great report..! Those mice in the attic of the lookout have know idea what they're in for....

alanecharlesworth wrote:How long did the the loop take? How much of the 2.5 miles distance along Hunchback Ridge was covered in blow-downs?

The whole loop took 7.5 hours including lunch + photo stops. Most of the blowdowns on Hunchback Ridge were in the first 1-1.5 mi after the Green Canyon Way trail junction. They were of varying sizes and came up every 500' or so - not a big deal but just enough to keep me from just strolling along the trail.
Top

kja78 wrote:Where is the TH at and where can I find the right directions for the trail at? I don't see it in the Find a Hike area. This trail seems so nice and have many different views and scenes.

What a great hike and photos. Thanks for sharing...

Take Hwy 26 east toward ZigZag. Just before entering ZigZag proper (and about 1/4 mi from the turn-off to Lolo Pass) turn right (S) on to E Salmon River Road and follow it for about 4.6 paved miles to the Green Canyon campground on the right. There's parking on the left (next to the water pump) just after you turn into the campground. I put my NW forest pass on the dash just in case. The Green Canyon Way trail TH is directly across the road from the entrance to the campground. On the way back, the Salmon River trail reaches the road about 0.3 mi from the Green Canyon campground - so just walk up the road to your car. Enjoy!
Top

Splintercat wrote:Thanks - great report..! Those mice in the attic of the lookout have know idea what they're in for....

Thanks! I believe the mice probably chose to vacation in ZigZag for the weekend...
Top

VanMarmot wrote:A party of 10 occupied the lookout (other folks were camped in the woodshed) and had apparently hauled a nearly inexhaustible supply of beer (and canned chili) up from their cars at Kinzel Lake.

That's excellent. One of the entries in the lookout journal noted some guy who was there with his two preteen daughters and an unspecified fourth person (an adult - maybe his girlfriend?) had brough - for two nights - 4.5 lbs of flank steaks, .5 lbs bacon, bratwursts, a bunch of Deschutes beer, a ton of other food I can't remember, etc. People are silly about that lookout.

Cool loop. I'd definitely like to go back there and do it from the Green Mountain side. Weekdays seem like a good option to avoid the hordes...
#pnw #bestlife #bitingflies #favoriteyellowcap #neverdispleased
Top
Post Reply
9 posts • Page 1 of 1