I'll hike in the rain if I have to, but I'm not going to volunteer for it. So the recent incessant deluge was not appreciated. It was supposed to end on Friday, so I decided to loop up Nick Eaton Ridge and down the Gorton Creek Trail to test the veracity of these optimistic weather forecasts. The rain squall I drove through on I-84 enroute to Herman Creek was not encouraging but by the time I started hiking (just after 8am), the sun was out. 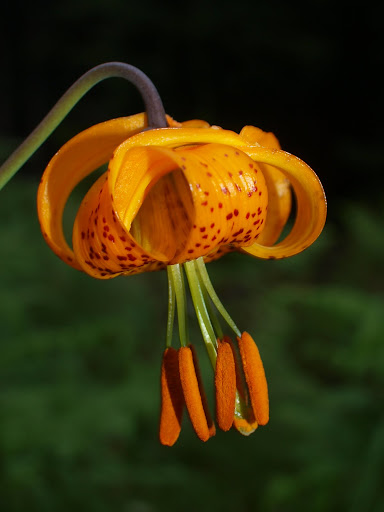 Part way up the ridge it looked like the clouds were really, finally, leaving. 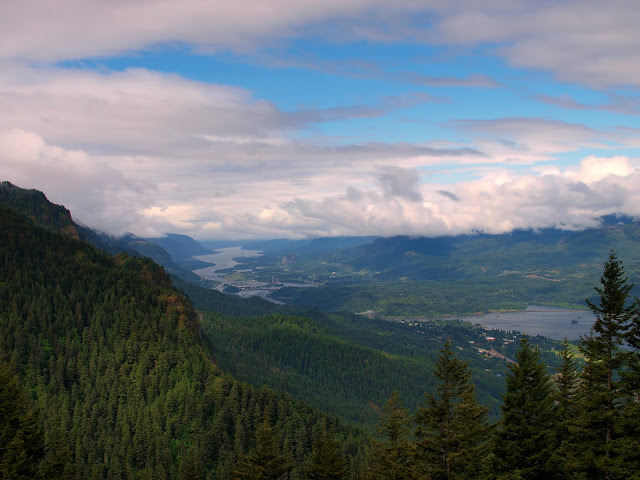 Well, not quite. Until mid-afternoon, the sun and clouds were going to engage is a meteorological tug-of-war - eventually the sun won but in the morning, at 4000', the ridge was enveloped in clouds. 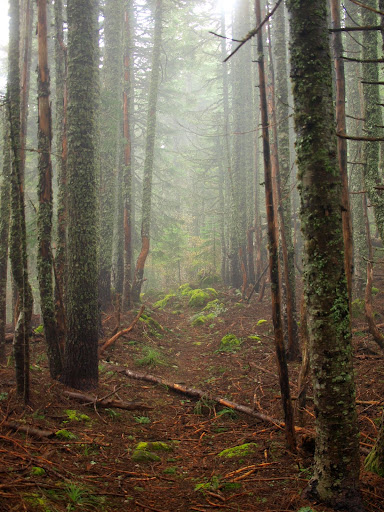 And while it was not raining (it never did that all day), there was plenty of dripping vegetation to take up the task of moistening my boots and pant legs. 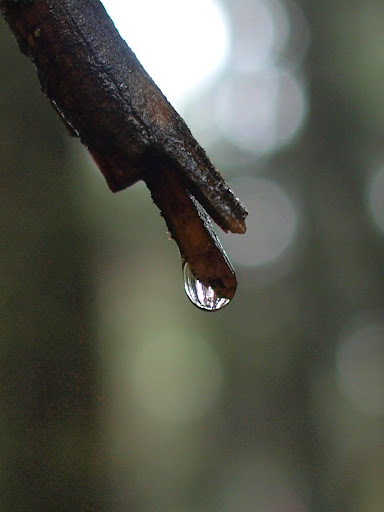 It's been 2-3 years since I'd ventured beyond the Casey Creek Trail junction and I was impressed by the very good condition of the Nick Eaton Ridge Trail up to and beyond that point. I'd remembered it as a little brushy, and had my folding saw along just in case, but only used it once. The upper Gorton Creek Trail was also in good condition - there were a few down trees but none that couldn't be easily by-passed. There was no snow anywhere along this loop. The Gorton trail crosses an open boulder field at the headwaters of Grays Creek, which gave me a nice view of Dog Mountain across the river. 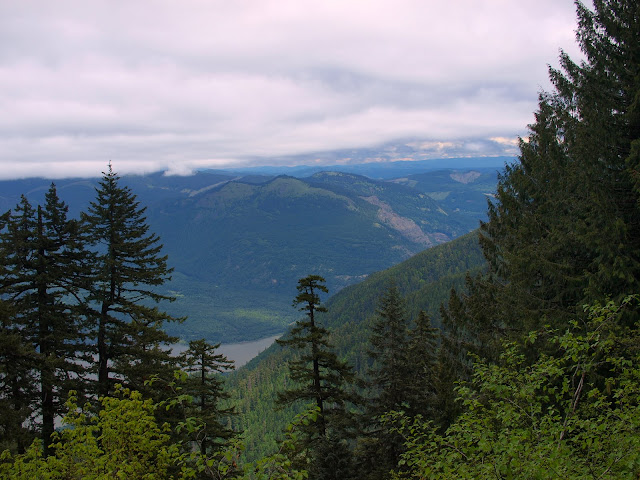 The cloud deck had begun to rise, and finally, about an hour from the car, the sun broke through and sunlight spilled into the forest. 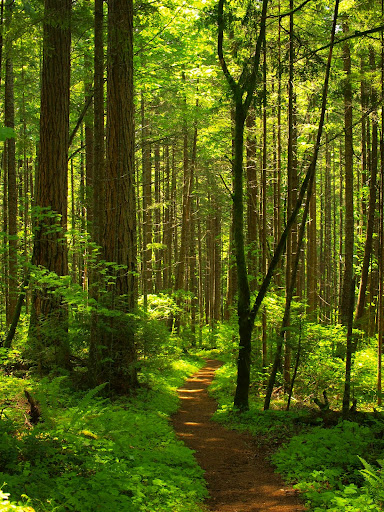 It would have been nice if it had been sunny all day (especially at my lunch stop) but temperatures - although never very warm - were perfect for hiking. Weather issues aside, it was a very enjoyable hike, but I'm looking forward to "real" summer arriving this weekend.
Top