Having hiked Defiance on Friday, I thought something a little more sedate was needed for Saturday, so I walked around the Willamette. Going S on the Springwater Trail from my house to the Sellwood Bridge, then across the bridge, and then N along the Willamette River Trail on the W side of the river to the OHSU tram station is just over 6 mi (and about 4700’ less elevation gain than Defiance). From the top of the Sellwood (the “summit” of this particular walk), I had a remarkably clear, blue view (this is March?) of downtown and St. Helens, 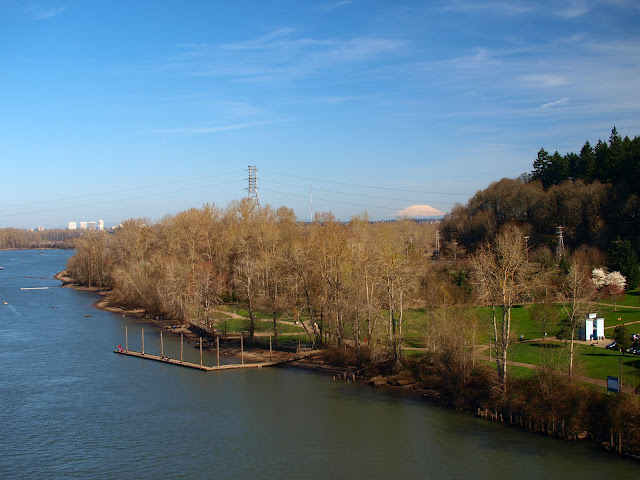 of downtown and a hoard of fishermen bobbing in the river, 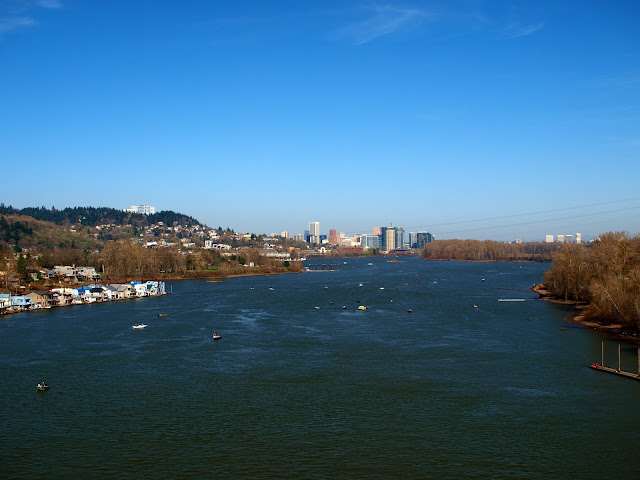 and later, from the Willamette River Trail, of the Sellwood Bridge. 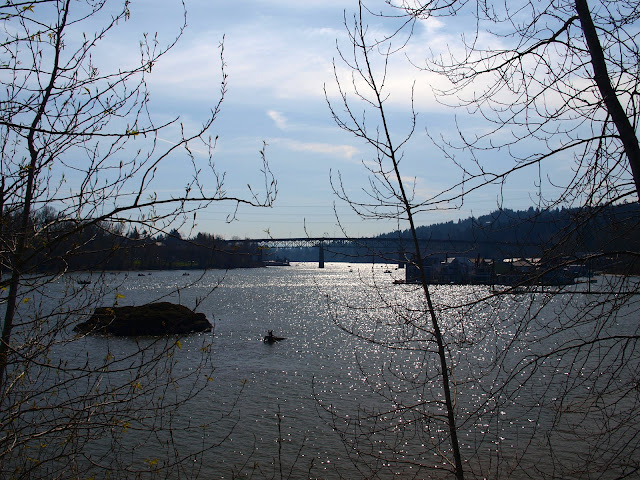 Sometimes it’s hard to grasp how fortunate it is to live in a place where, if I don’t want to use the car to drive to a TH, I can still go for decent walk. Difficult to believe that it might snow in Portland on Tuesday(?). Ah well, at least I had the Saturday...
Top

Thankfully, the bridge held up long enough for you to snap those photos..!

Splintercat wrote:Thankfully, the bridge held up long enough for you to snap those photos..!

Yes we are. And the question is always in the back of my mind, everytime I cross the Sellwood, will this be the time it's going to take me for a ride into the river? So far so good... I've lost track of what the current proposal is for replacing this aging wonder, but I'd like to see them do a pedestrian/bike/bus/streetcar only bridge - save the car for getting to the trailhead.
Top

Putting my day hat on, the answer on the bridge is that it will be pretty much what you see today, except with wider sidewalks to accommodate bikes and pedestrians. The current plan still leaves it at 2-lanes, simply because the bottleneck of the Tacoma street approach doesn't allow much more than that... though they've looked at 4-lanes (lots of neighborhood opposition to that idea, as you can imagine).

The really exciting thing is that the new light rail line from Portland to Milwaukie will include exactly the kind of bridge you're describing - bike, ped, bus, streetcar and light rail -- and will be located between the Marquam and Ross Island bridges. We're in for quite a treat, because the conceptual design calls for a cable-stay suspension bridge, and obviously our first of this sort in the region. Nice addition to our wonderful bridge museum!

This bridge will happen before the Sellwood, simply because the bulk of the LRT project is funded, whereas the region is still trying to cobble together funding for the Sellwood.