Today’s hike was Multnomah Falls to Larch Mountain, out and back on the 441 Trail. I usually ascend via Franklin Ridge and descend the 441, which adds about 2.5 miles to the hike, so this out & back version seemed to go quickly. For some reason the 4000’ gain up to Larch felt a lot more casual than roughly the same gain up Defiance – maybe it’s just Defiance’s mystique at work? It was certainly clear and sunny today, but it was also cold and windy, particularly on Sherrard Point and on the last mile or so of trail leading up to it where I was exposed to a 20-25 kt crosswind. The view from the Point was its usual expansive self, with Hood,

Adams, and Rainer all on display. St. Helens was also visible but Jefferson was lost in scattered clouds. 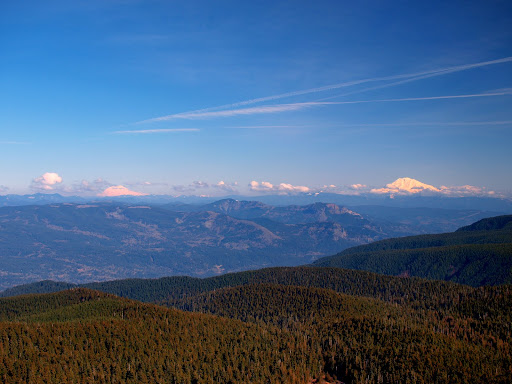 I was on the summit for about 10 minutes when it dawned on me that I didn’t hear anyone – I was alone! In all the times I’ve done Larch (and I haven’t done it in “real” winter), there have always been folks running around talking and shouting and photographing and seeing if the guard rail really works. But not today. My guess is that the road is still closed – either gated or there’s snow lingering in some dark bend – so no cars and no people. Amazing!

I wandered down to see how much snow was in the parking lot. This 10’ long patch on the paved trail from the parking lot to the Point is the most snow I encountered the whole day, 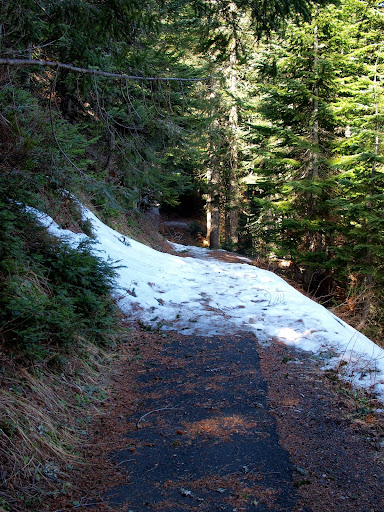 while the parking lot looks like it does in August (there’s a patch of snow there, but it doesn’t block anything). 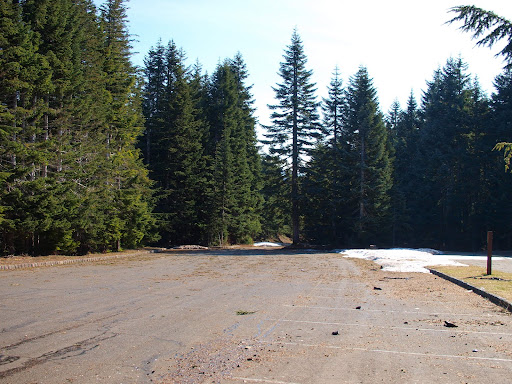 After that it was back down the 441 to the Falls and my car. Another good day on the trail. 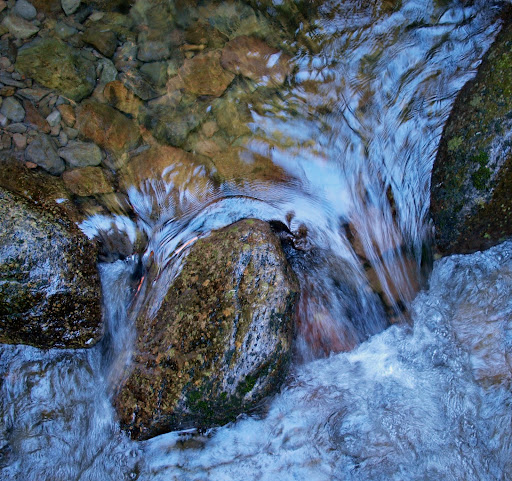 Nice! I think that is the most majestic shot of Hood I've ever seen--Yowza! Good on you! And congrats on gettin' the place all to yourself.

I made this journey today and really enjoyed the beautifull mountain peaks of Hood, St Helens, and Ranier (couldn't see Jefferson because of clouds). It was quite amazing on the number of people who were up there today, must be the rare sunny winter day. Thanks again for the trail condition report and I should have used the camera polarizer mentioned. Here is one shot looking back at Portland.