In a fortunate confluence of my odd work schedule and relatively nice weather, yesterday was available for a short hike. I decided to do a loop from Multnomah Falls up Franklin Ridge, then down Oneonta Creek, and then the 400 trail back to the Falls. The Falls has the advantage of relatively secure parking but usually way too many people. Yesterday, for the first time I can remember, there was no one else around – just me and the Falls (which was not the case on my return). 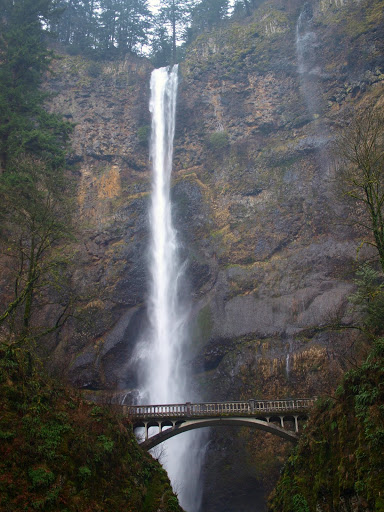 The amazing sunrise over Hood (great pics by weathercrazy) promised a sunnier day than what actually transpired. Yet, the hike along Franklin Ridge, shrouded as it was in fog and mist, had a very calm ethereal quality about it – very soothing. 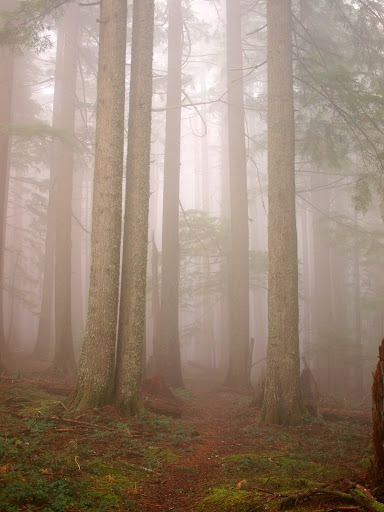 All the trails were in good condition, with no snow and only a few minor blowdowns. There’s a viewpoint on the 427 trail descending toward Oneonta Creek but it too was enveloped in cloud. 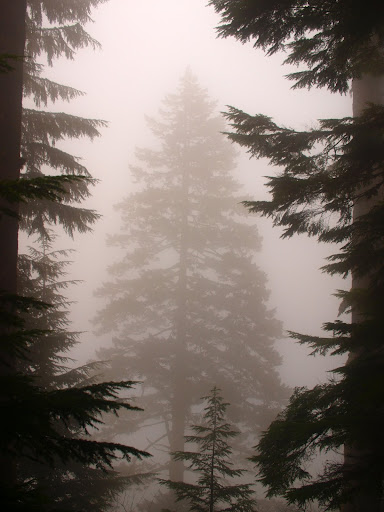 The hike back went swiftly, thanks in part to the nice new bridge at Triple Falls. Its presence gives me hope that we’ll keep mustering the initiative (and funds) to maintain the Gorge’s wonderful trail system. 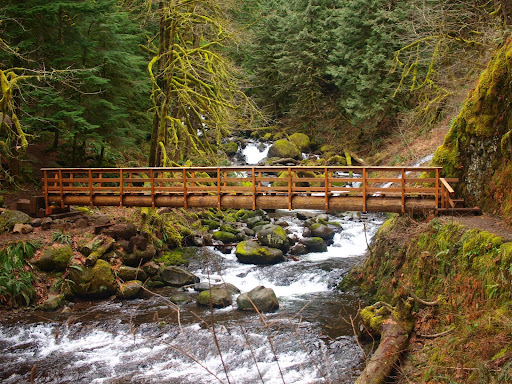 After a day spent hiking through mists and clouds, real sunlight made a brief (very brief) tantalizing appearance just as I reached the car. Ah, Oregon!
Top

Mmmmm...love those misty shots! So soothing to the soul.

VM, love it! The misty haze gives a sense of mystery, making the area look spooky and prehistoric.
Always Dreaming of the Trail
http://www.johnathanwhite.com
Top

Love the shot of the tree trunks in the fog!

The clouds you were experiencing were being banked up against Franklin Ridge from the easterly flow through the gorge...

Could see this from my hike...I can't be sure this was Franklin Ridge...but either way it is looking SE from Hamilton...

VanM, excellent photographs and report. Lucky to get a weekday to get in a hike!

Ditto on the foggy firs -- but also a nice shot of Multnomah. Great colors for this generally somber time of year in the Gorge!

weathercrazy wrote:Could see this from my hike...I can't be sure this was Franklin Ridge...but either way it is looking SE from Hamilton...

SW rather than SE? If so, I'd say you're right and that's Franklin Ridge the clouds are spilling over. It's an interesting senation hiking inside a "spill" - a bit windy but the clouds don't seem to move - there's no sensation of them being blown sideways. It's also interesting to see that there was sun & open sky only a few hundred yards to the NE of where I was.
Top

No I would definately say SE...as I was looking toward Bonneville Dam from the top. Perhaps it wasn't Franklin Ridge though?