I got curious about snow conditions on the Benson Plateau and hiked up there on the PCT, connecting to it out of Herman Creek on the 406 trail. It was no surprise that all the trails from Herman Creek to the PCT just below 1200’ were completely free of snow. 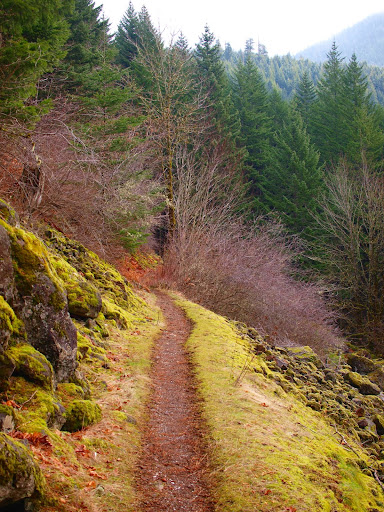 The surprise came shortly after I started up the PCT itself – soon almost everything was coated in ice. For the next 2000’ or so, the trail was pretty much pine needles covered with ice. I had microspikes but, by being careful where and how I stepped, didn’t need to use them (but still good to have them along). 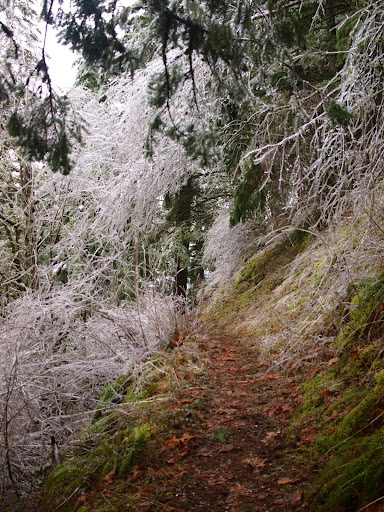 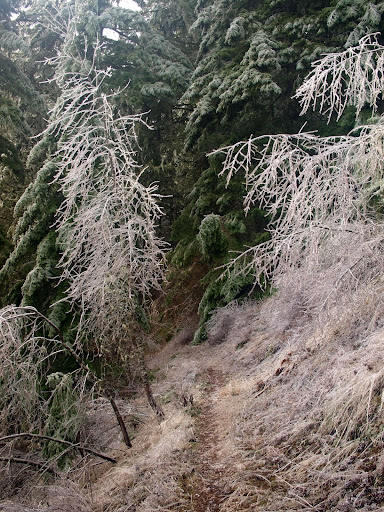 But as I climbed higher, the ice coating on the leaves and twigs started to abate, 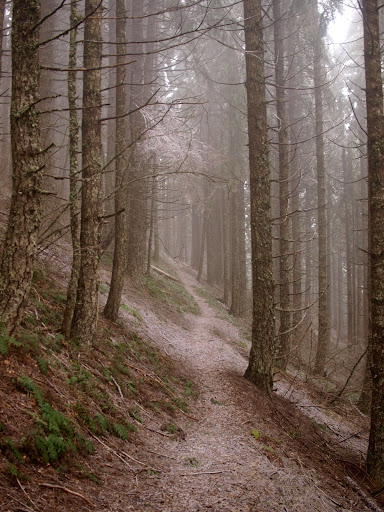 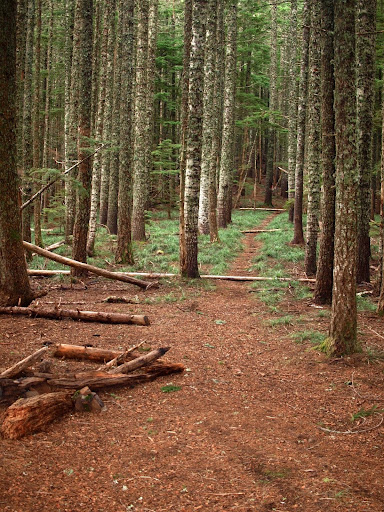 My guess is that this strangeness is the result of the inversion that brought freezing rain to the Gorge last week. If today’s temperature hadn’t been in the low 30’s, I would have thought it was June on the plateau. It’s going to take some serious low altitude snow storms to make up for such a massive snow deficit. The clouds kept coming and going all day, mostly obscuring the views, but Tanner Ridge and Mt. Defiance did make a brief appearance. 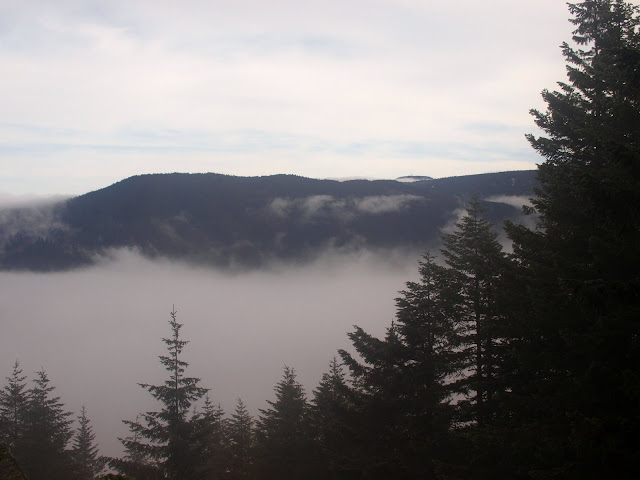 But any lack of views was fully compensated for by all of the magical ways that ice can coat things. 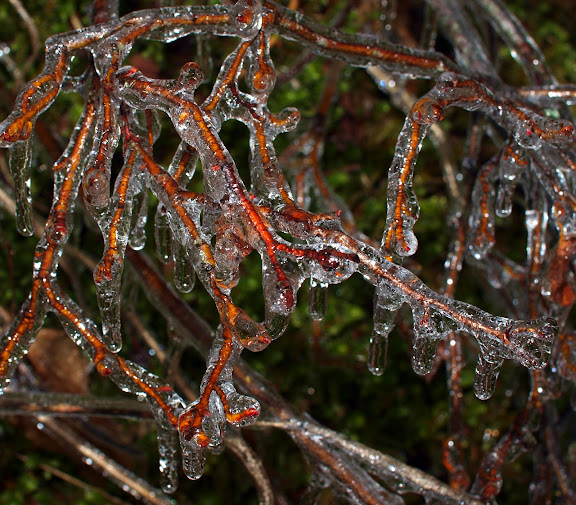 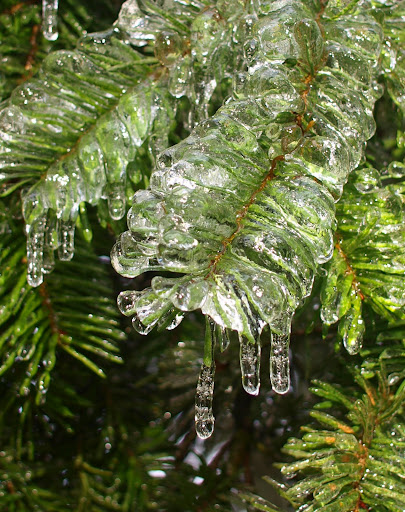 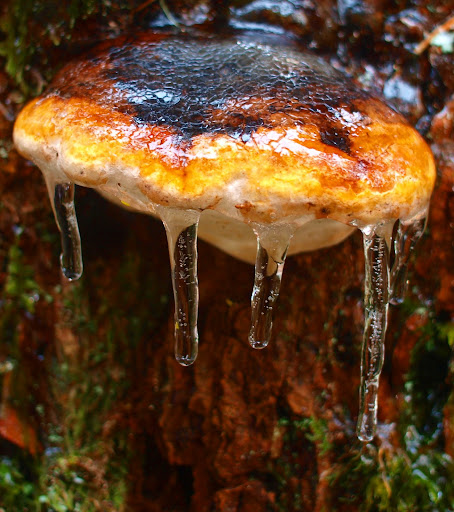 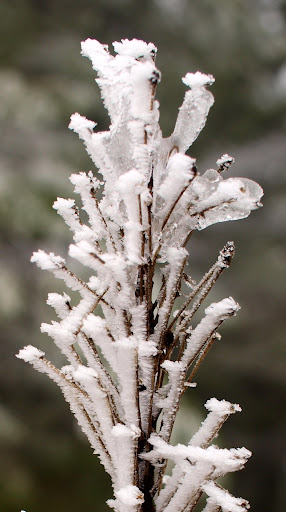 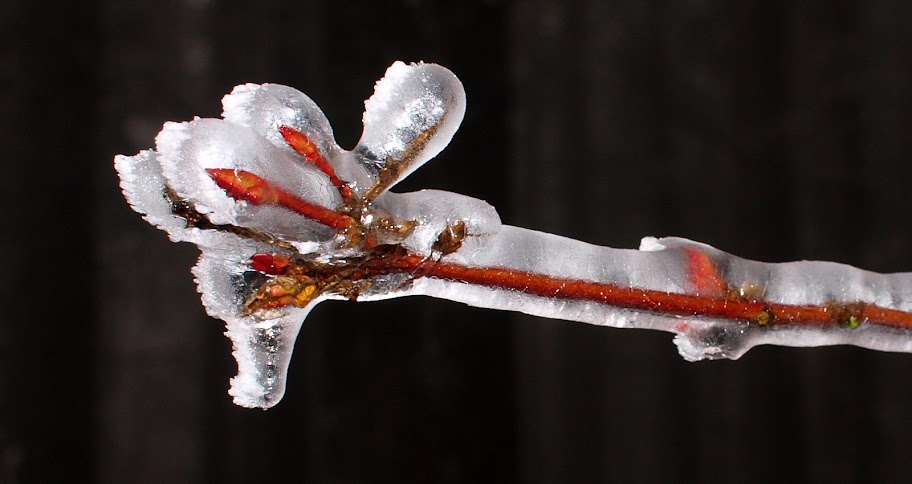 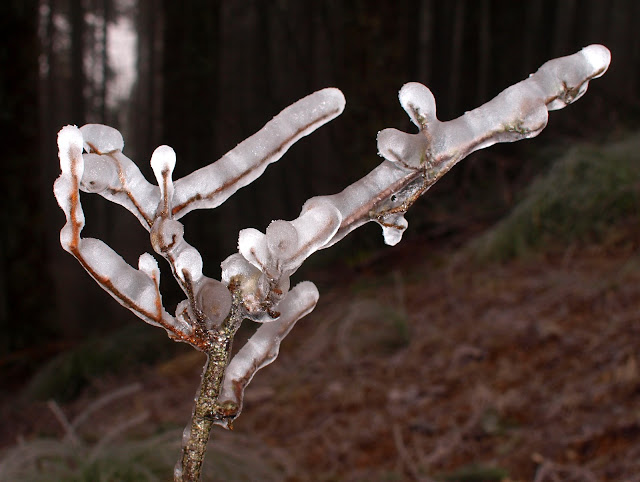 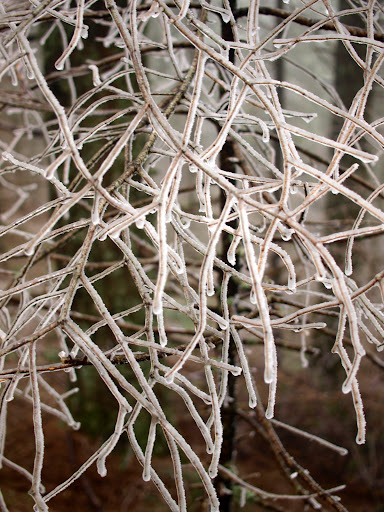 Sadly, by the time I started down, temperatures had started rising, and below 2400’, all the little ice sculptures started melting and falling out of the trees. Of course, they were falling on me – but no worries – nothing could distract from what was an unexpectedly special day for a hike.
Top

I can't believe there was no snow up on the plateau!

Your ice pictures are beautiful!
Top

Beautiful photos! Thank you very much for sharing.
Top

There is snow on the plateau, just a little higher up and to the south. The PCT is mostly snow covered from the south end to where it drops down to junction 405B where it is snow free. Most hard packed and somewhat icy. Fred and I and Don Nelsen were up there last Thursday and did the perimeter. Still, not anything like last year. Will it happen in the next few weeks????
Top

The weatherman on channel 8 said that Jan 21 to 31 is supposed to be snowy in the mountains - 2500' snow level - not that forecasts that far out are very accurate.
Top

Thomas M wrote:There is snow on the plateau, just a little higher up and to the south. The PCT is mostly snow covered from the south end to where it drops down to junction 405B where it is snow free. Most hard packed and somewhat icy. Fred and I and Don Nelsen were up there last Thursday and did the perimeter. Still, not anything like last year. Will it happen in the next few weeks????

Thanks for the report. On Sunday, I could see snow farther to the south along the PCT but didn't go along to check it out. Still it was a bit of a shock to see no snow where I was - particularly after what we had last year. As for what's coming - the snow level for this weekend is 4500' and RetiredJerry notes a longer term forecast for yet more snow. But we are entering into an El Nino which favors rain over snow and doesn't encourage whatever snow we get to stay around for long. My guess is that this will be a low snow year.
Top

The lesson for now is that if you like getting out in the snow, better get out there when it comes as it probably won't last long. This might presage an early hiking season, but also possibly a bad fire season. I plan to hike up high somewhere in the gorge on Thur or Friday. Maybe Dublin Lake or Nick Eaton Ridge.
Top

History shows that most years starting out with minimal mountain snows tend to stay that way. However, every so often the pattern changes and we end up with an average year or even way more than average by the end of the season. Most recently, the 1997/98 season hardly saw any snow until late january but finished out the year way over average. Still, I'll bet on a low snowfall year. The next couple of weeks should prove interesting.

-Don
"Everything works in the planning stage".
Top

Hiked up Nick Eaton Ridge to Cutoff and down Gorton last Wednesday and there was no snow whatsoever. Yesterday, hiked Nesmith Point and, while it was a little wet (to say the least), there was no snow except for just a few (very few small patches) in the woods off the trail. The trail is 100% clear of snow but there is some ice on the trail - above 2300ft - all of which is very manageable but might be nice to have along microspikes if uncertain. Looks like it is going to stay that way for some time and would take a lot of snow to change this condition from 3,500ft downward anywhere in the Gorge.
Top
Post Reply
11 posts