Sensing that this might be the only rain-free day for a while, I did a quick hike up Angel’s Rest this morning before work. Mine was the only car in the lot when I got there at 7:30am but 5 others were there when I got back 2 hours later - so I wasn’t the only one trying to grab a hike before the rains return.

It was a beautiful sunrise that seemed to promise a sunny day, but, at least during my brief visit, there was only watery sunlight under a high, thin cloud cover. 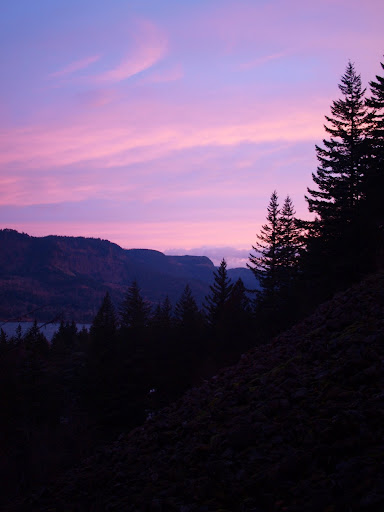 I was amazed at how little snow remained on Silver Star - looks like only a few patches. It was also really windy - as evidenced by the whitecaps on the Columbia. 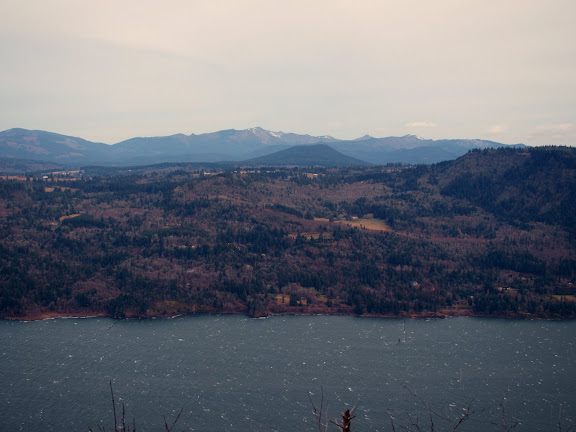 I went a little further up the trail toward Devil’s Rest to get a view back toward Angel’s Rest. What doesn’t show is the strong wind slicing across the exposed ridge. I think this was one of the few times I didn’t see anyone on Angel’s Rest. 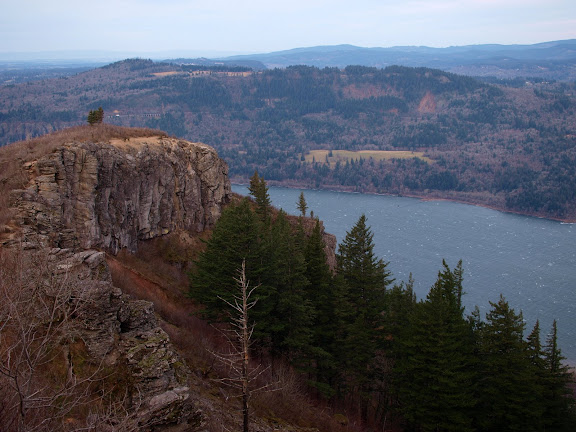 A short hike but a good one. Nothing like a little restorative hike in the woods to make cubicle life just a little more bearable.
Last edited by VanMarmot on January 7th, 2010, 4:27 pm, edited 2 times in total.
Top

A friend of mine used to call those white caps you see on the Columbia during windy days- "grazing sheep".
Top

Nice work! I had the same idea this morning when I saw the clear skies - sadly my "task masters" had other ideas...
Top

joerunner wrote:A friend of mine used to call those white caps you see on the Columbia during windy days- "grazing sheep".

Well, there was a large flock of them out there today...
Top

I was there in the pm... the wind at the very top of Angels' Rest was extreme; it was almost impossible to walk. Along the trail, the wind was roaring like a jet engine in the trees. Surely the windiest day at Angels' Rest I've ever seen.

Being close to Crown Point, I paid it a visit on the way back. Wind is WAY stronger than on Angel's Rest, despite the lower elevation. I lost my hat at the first second out of the car. It was possible to stand leaning against the wind, but every gust was blowing me several yards back, and at one point I had to lean so low I touched a pavement with hands. As soon as I got back into the car a few gusts arrived that seemed twice stronger than I experienced - I felt lucky I didn't stay out longer. It felt like 100+ mph winds near Vista House (sure I have no experience so it may be 60 mph as well) - does anyone have measurements from this evening?
Top

A few of my fellow weather geeks were up there and recorded sustained winds 60-70 mph with a peak gust of 101 mph right around noon.

Anyway, KGW was up there.

I have seen many times where people have been knocked to the ground, had fingers slammed in car doors, and last year, a couple who didn't park INTO the wind and broke BOTH of their car doors as the wind broke the hinges

BTW: Winds will slacken the next few days but gusts will likely be around 60-70 mph at Crown Point through Sunday...

Anyone remember the post about the clouds cresting the mountains...this is the exact set up that causes the east winds here.

Since cold air is dense, it pools and sinks. It flows like water, seeking a gap to go through (the Columbia Gorge). If the gap is narrow (the Columbia Gorge) the winds get accelerated. This is why it is typically windier down in the gorge vs. ridgetops where the wind/cold air simply flow over (20-50 mph).

Sorry if this gets too technical...I'm well versed in this area, so it comes easily!
Tyler Mode
http://www.naturespixpdx.com
Top
Post Reply
7 posts • Page 1 of 1