There are times when a walk is called for but my desire to drive to the Gorge (or drive anywhere for that matter) is lacking. This is when the Willamette River trail system comes in handy. Starting just south of OMSI and ending at the OHSU tram, I can do a 5 mile walk along the river’s riparian zone. Granted it’s not a very aerobic walk, but it is a low-carbon way of getting outside and, because the vegetation and wildlife in this riparian area change throughout the year, it always seems to offer up something different. The walk starts at the entrance to the Springwater Corridor, just south of OMSI, and adjacent to the Ross Island cement plant (OK, it’s not a wilderness walk). 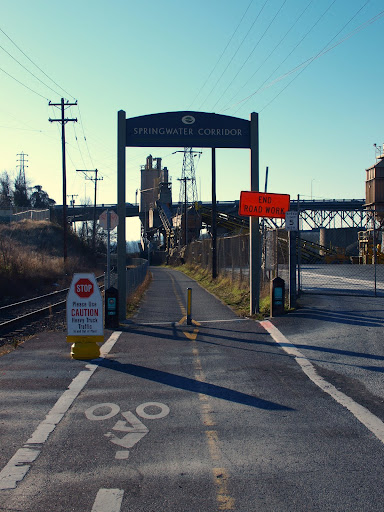 The path goes under the Ross Island Bridge and past some open grassy areas which often host grazing geese. In the spring, I’ve seen fuzzy orange goslings wandering around the area. 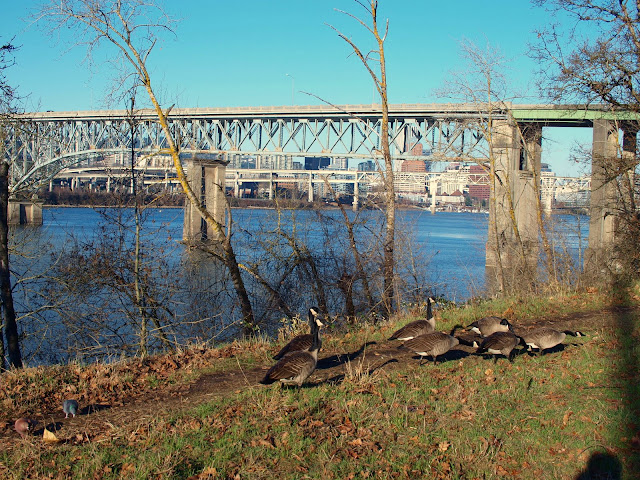 From there it’s on past the Ross Island Lagoon, 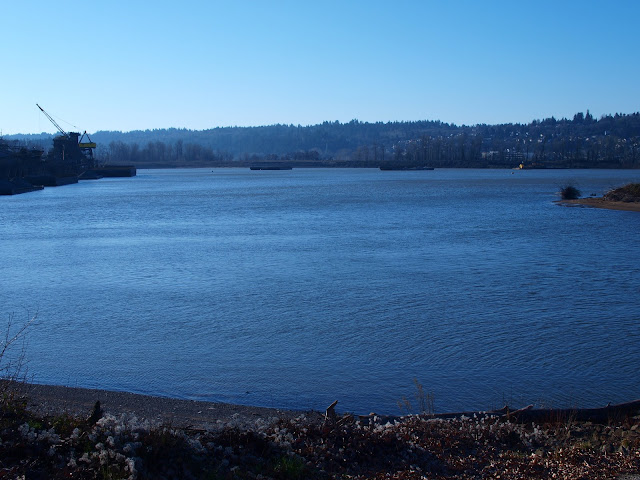 and on down the “Springwater on the Willamette” path. 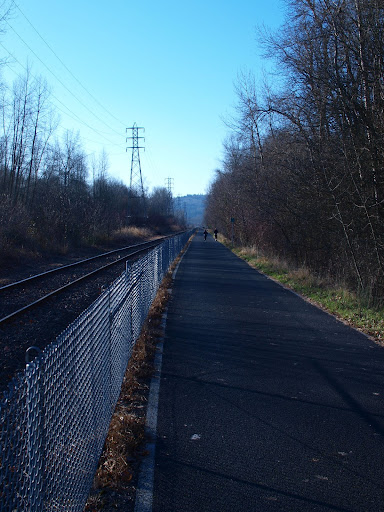 This long straight stretch can sometimes be tedious (and hot in the summer), but in the spring I’ve seen osprey nesting on perches on top of the power line towers. The Oaks Bottom Wildlife Refuge (which teems with bird life, particularly in the Spring and Summer) comes into view, 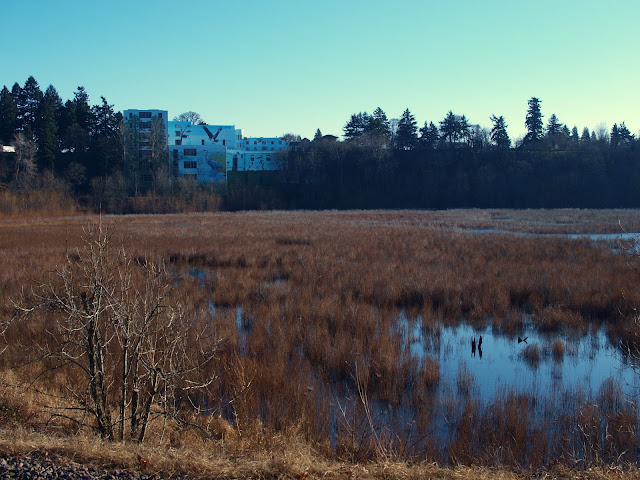 followed by Sellwood Riverfront Park, below the eastern approaches of the Sellwood Bridge. 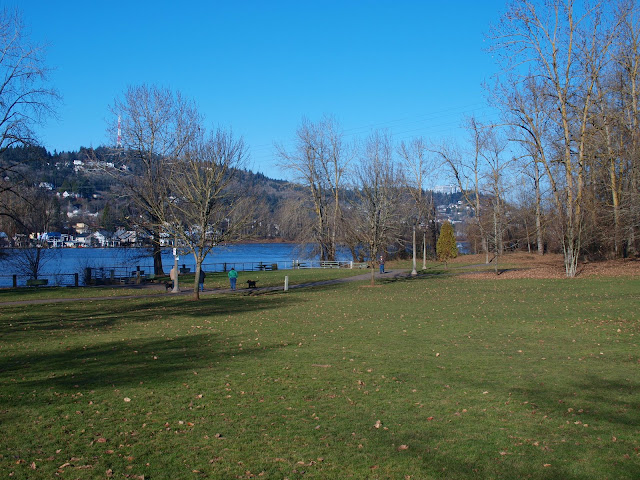 Hemmed-in as it is by a drop to the river on one side and rushing cars on the other, using the “really too narrow for pedestrians & bicyclists” sidewalk on the antiquated Sellwood Bridge is often the most exciting part of this walk. 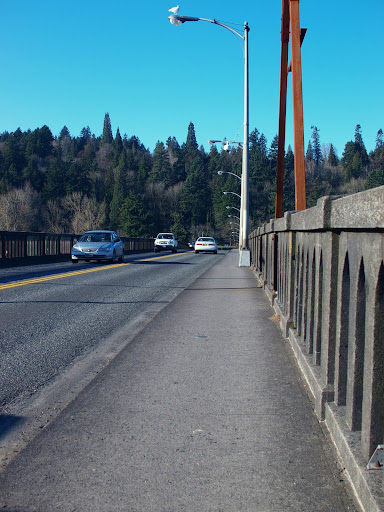 My reward for having “crossed the Sellwood” is (on clear days) a nice view of Mt St Helens. 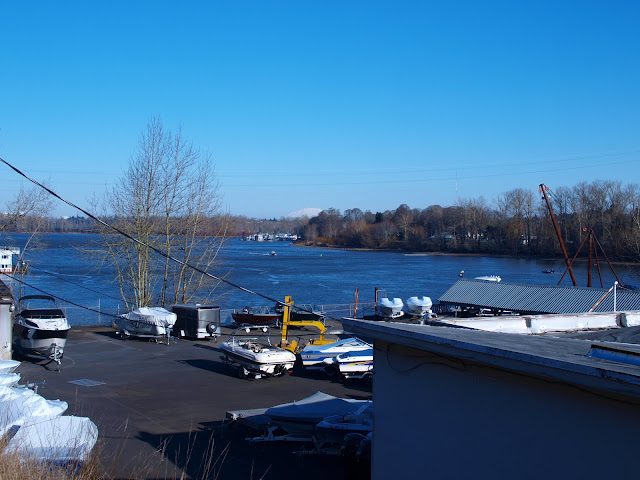 The northbound trail on the west side of the river goes over and along the tracks of the Lake Oswego trolley, 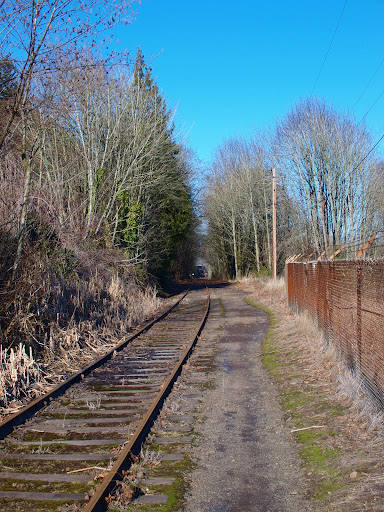 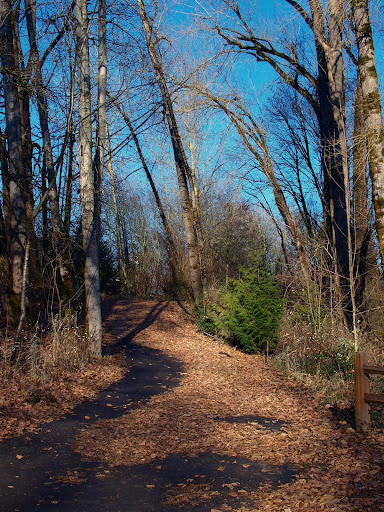 and into Willamette Park, 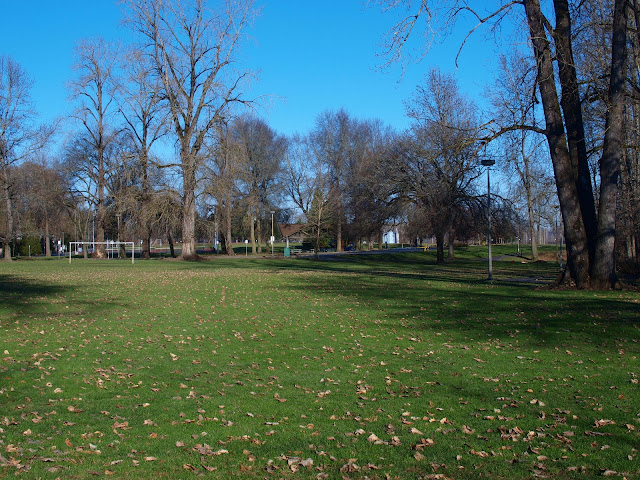 where, despite today’s howling winds, I got a look back at the Sellwood Bridge. 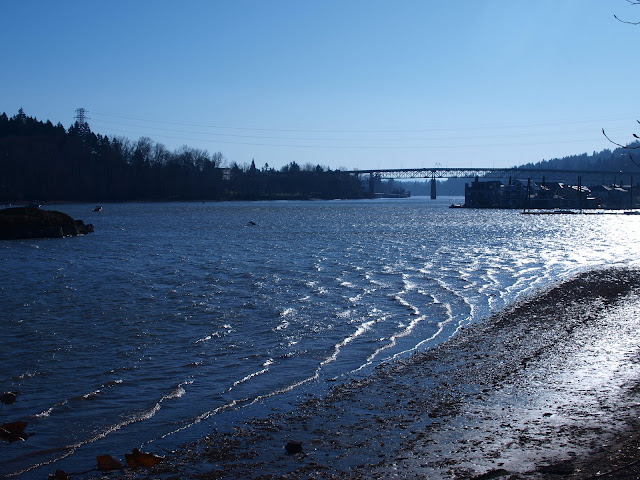 North of Willamette Park, the path winds along the shoreline passing a variety of townhomes, office buildings, and restaurants, 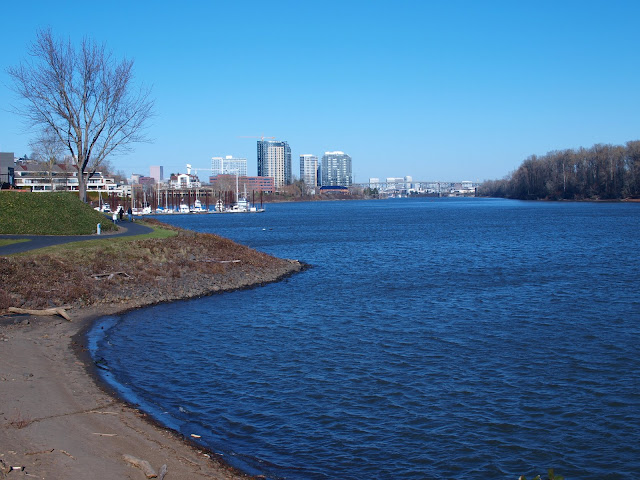 before reaching the Portland Streetcar at South Waterfront Station. 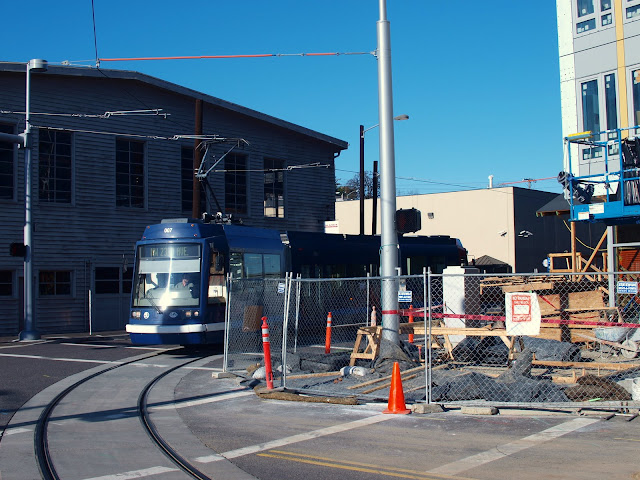 From here, I either walk north and cross the Hawthorne Bridge to return to OMSI or take the streetcar into town. All in all, it’s a nice little walk, with the added virtue of no driving to reach the trailhead.
Top

That's a great report VanMarmot, of one of many city walks available when we don't want to drive far. I've done parts of both of those legs, either walking or on a bike (east side and west side) but havn't done the "exciting " part of walking over the Sellwood Bridge

I do enjoy stopping at Oaks Park for ice cream on a hot summer day though, and relaxing in the shaded picnic area near the river.
Thanks again!
Top

Fantastic report! I was lucky enough to ski this trail a year ago...almost to the day