Monday I’d hiked up Hamilton Mountain anticipating snow but had found none. Table Mountain, visible across the valley from the summit of Hamilton, seemed to be snow covered, so Wednesday I hiked up there for a closer look. I started from the gravel parking area to the left of the main building at Bonneville Hot Springs, then headed NW up the service road to the start of the use trail over to Carpenters Lake. There are a number of trailheads and trails for reaching Table but I favor this arrangement (now the one given in the latest edition of Sullivan’s “Northwest Oregon” guide) because it offers secure parking.

From Carpenters Lake, there’s a good view of Table. The sky was blue from the onset and it stayed that way the whole day. 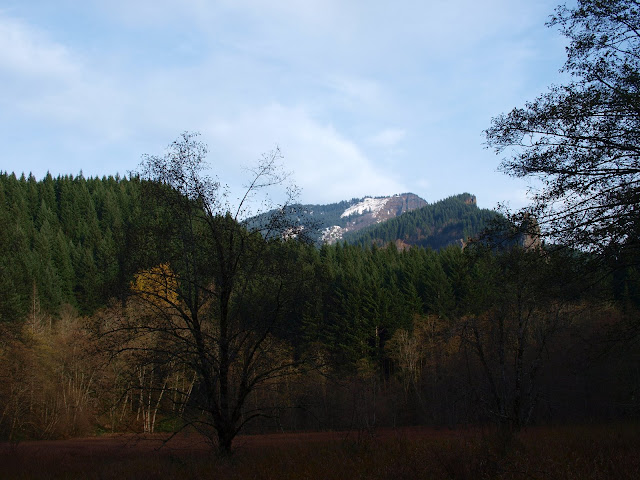 On the connector trail to the PCT, I was surprised to find this little Oregon rough-skinned newt (Taricha granulosa) – seemed to be late in the season for a cold-blooded critter to be wandering around. 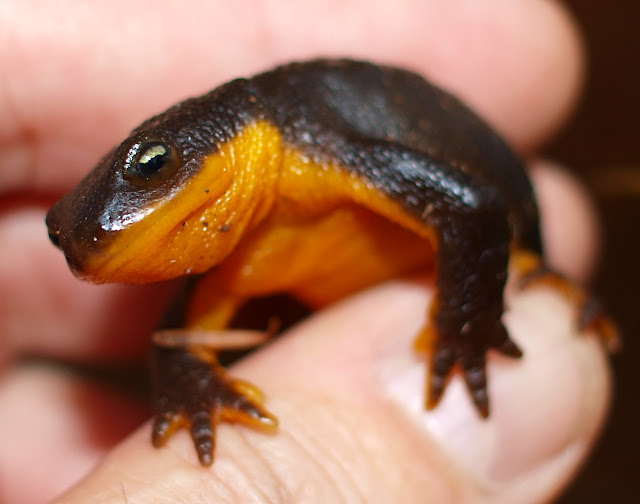 Then where the PCT crosses the old road higher up the mountain, there were two mushrooms that had “rooted” in moss on the side of a tree - not tree or shelf fungus growing out the tree itself – but mushrooms gone aerial. 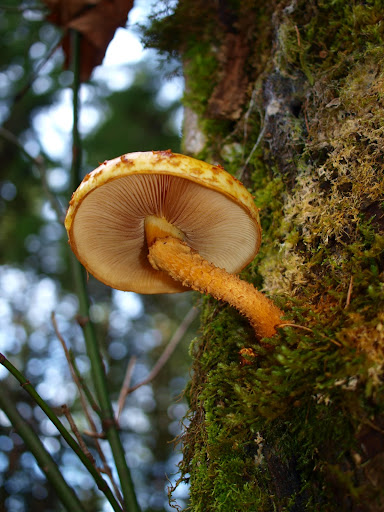 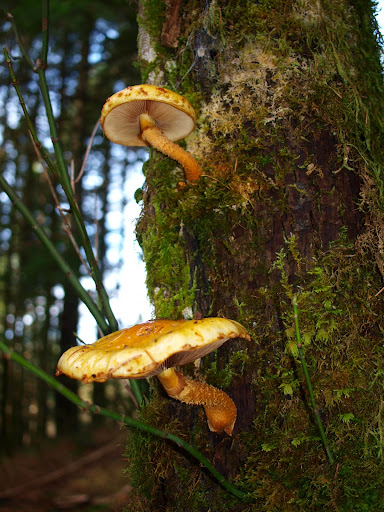 The trail up Heartbreak Ridge was in good condition and completely devoid of snow all the way to the saddle north of Point 2692. The view of the SE face of Table was its usual awe-inspiring self, with a tiny wisp of cloud foretelling the storm that’s upon us this morning. 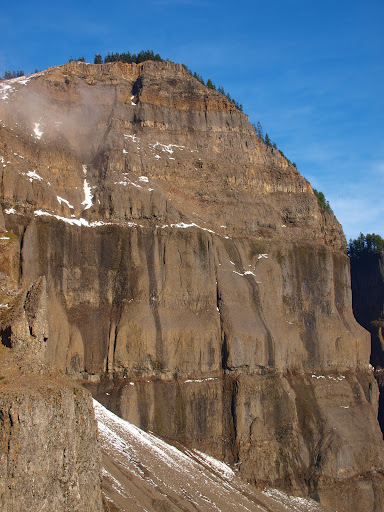 What I still think of as the “new” trail from the saddle to the summit via the boulder field had just enough snow on it to be hard to follow but not enough for actual climbing on snow. So after some protracted (but very aerobic) thrashing I finally emerged on the summit of Table to find that the snow situation was a matter of fine distinctions in elevation. Toward the lower SE end of the summit, there was spotty cover 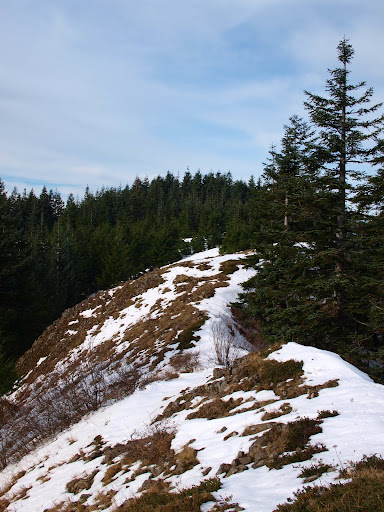 while 500’ on and 100’ higher, a winter wonderland appeared (and about a 200 yd stretch where snowshoes might have helped). 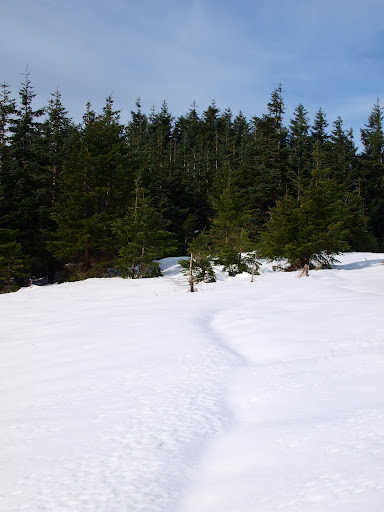 It was a beautiful, warm, sunny, calm day up on the summit – Helens, Hood, Adams, and Rainier were all visible. 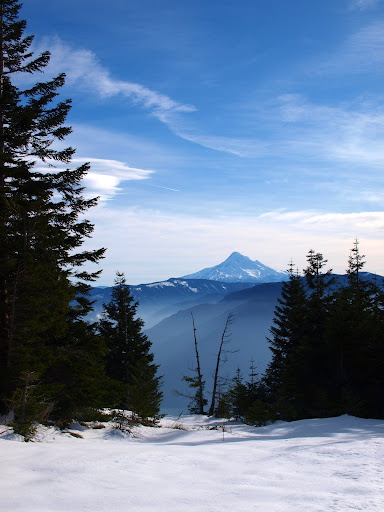 But down in the Gorge the lack of wind was allowing a blanket of smog to form. In the Gorge itself you might not notice it but from my lunch spot on the summit it was really evident. 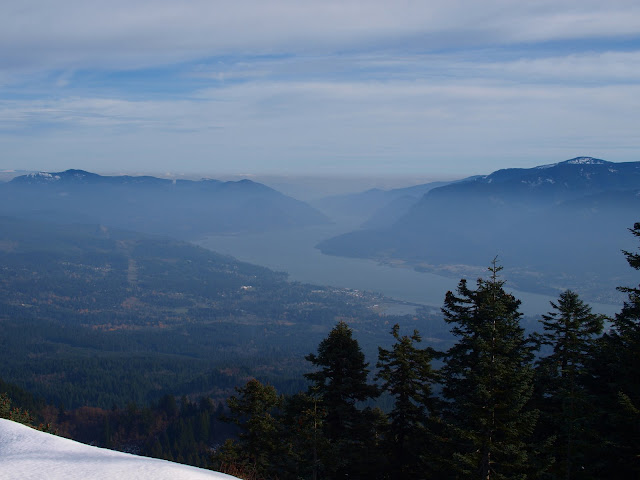 Smog aside, it was an excellent day. I suppose if I’m really serious about snow in the Gorge, it’s time to head for the Oregon side and give the Benson Plateau a visit.
Top

Thanks for the report - I saw Table yesterday from Rock of Ages and was surprised at the amount of snow showing since there was non on Hamilton but now I see your pictures - not much there. We also had none on the Horsetail Creek Trail Junction with R-of-A (3000ft). Very nice to get a no snow day yesterday.

BTW - your pictures are the reason why people should get up Table (and I do) - they are beautiful as are the views.

Good conditioner for much Turkey today for you!
Top

Several of our group who hiked Cedar Mountain to the PCT on Saturday took pictures of the same mushrooms growing out of a tree about five feet above ground. Neat how they came out at a 90 degree from the tree, and then took another 90 to the heavens.
Top
Post Reply
3 posts • Page 1 of 1