This was an outing with a friend to the west side of the Indian Heaven Wilderness. At the Placid Lake Trailhead, there were several hunters’ camps with big rigs and RVs, obviously set up for an extended period. However, we met no bowmen on the trails. There was a low ceiling of cloud over Placid Lake, which was peaceful and unpopulated. Toadlets were migrating into the forest duff for their overwintering sojourn. At Chenamus Lake, we hiked around to the south arm to continue on the abandoned trail that connects to and runs up Rush Creek.

I last hiked this old trail about ten years ago, when horses were still sometimes able to travel it. Since then, trees have come down and accumulated. The trail is still fairly easy to find and all the blowdown not too complicated to work around. When we reached Rush Creek (the same creek that has washed out FR 65 a number of years ago), we saw it was a series of dead pools between beds of jumbled volcanic rock. We crossed over and took up the trail on the south bank, which arrives at some big meadows. Here it meets the route of the old CCT (Cascade Crest Trail).

We followed the CCT north, this route still manifesting its several parallel braids from its heyday before abandonment. Surprisingly, there were still some berries around: oval-leaf blueberry, bog blueberry, and even a small patch of black huckleberry. We passed between Acker Lake and its associated tarn and headed up the slope to Bear Lake, where we had lunch on the peninsula.

Then it was up the PCT to the Placid Lake Trail. Descending that trail to complete the loop, we passed through patches of blowdown, maybe from the 2020 September winds. One saw job interested us, and we puzzled over mechanics of cutting through a certain fir. Before the saw job was complete, it looks like the top ¾ of the tree split off and tipped 20 feet above the trail. I hope no one was hurt!

A little farther, we heard some scuffling at a pair of silver firs and met a most curious creature. It was a little shy at first, but then introduced itself, with a rather thick accent, as Martin (or perhaps Martine).

It was only a few feet above our faces, and spent some minutes turning from one to the other of us, quizzing most curiously about our provenance and intentions. Eventually, bracing itself against both trunks, it performed a couple of Cirque du Soleil-type maneuvers and bowed for applause, which we duly offered. Then it chose the larger tree for a scrabbling ascent to a perch on one of the boughs.

Buoyed by Martin(e) Marten’s extemporaneous exhibitionism, we completed the hike back to Placid Lake and stocked up on caffeine at Stevenson for the drive home.
Top

Wow, seeing a marten at all is rare, let alone the show you got.
Top

This is a pretty great loop, I did it a couple years back with two nights at Chenamus then the loop as a dayhike. It had rained overnight so we got soaked from the waist down doing that bit of abandoned trail, but it was a lot of fun and pretty laid back for the small group of minimally-hiking friends that joined me.

I didn't realize that the trail crossed over to the south side of Rush Creek to get to Acker Lake. When we did it we ended up on the north side of a little canyon on Rush Creek where the trails all faded out, and just decided to go up and overland straight to Bear Lake.

And so exciting, the opportunity to socialize with the marten! I was just wayyyy up north and had a moment like that with an Arctic Ground Squirrel, it was adorable.
instagram: @remyodyssey
Top

Bobcat, I'm pretty sure I saw that Marten (or maybe a relative) a few years back. I had no idea wtf it was, so I'm glad you were able to catch a photo of it!

At the time, it was pretty curious and not afraid of me or my dog. I found it rather marvelous, and alas I completely forgot to take a photo of it.
Check out my YouTube channel
Chasing the Alpenglow - https://www.youtube.com/channel/UCpmFGJ ... vODn1G2f4Q
Top

Thanks for a great TR and photos. I did part of your route with Kelly last Oct. 3rd and wondered if there was a way to turn our out-and-back into a loop. Thanks for figuring it out for me!

There was a light frost in Indian heaven this morning so perhaps there's a little color starting. Kel wants to do your loop but isn't too crazy about rough off-trail but by your description she thinks she's up for it.

Here's what the area along your route looked like last Oct. 3. A little fall color sure makes a difference.

I've seen a few marten but always on the ground. There was one memorable sighting in a meadow near Umbrella Falls where one was pouncing up and down trying to scare up rodents. We heard this one climbing the tree before we saw it, so I suspect it was on the ground as well when it heard us coming. Once in safely up the tree, however, its curiosity got the better of it, and it couldn't resist giving us the once over (actually for about five minutes!). I read Brian Doyle's novel Martin Marten a few years ago and sort of pooh-poohed his characterization of the marten's curiosity and playfulness, but this encounter made me realize he captured it exactly!

I forgot to mention we also watched a herd of elk (cows and yearlings) moving slowly through the woods near Chenamus Lake. We stopped dead, and they didn't notice us until we began hiking again.


teachpdx wrote: ↑
September 17th, 2022, 8:32 am
I didn't realize that the trail crossed over to the south side of Rush Creek to get to Acker Lake.

Yes, once you get to the set of pools on Rush Creek, you can hike up until you have a dry crossing. Then keep close to the south bank before the trail hits the big meadows with the CCT. It's maybe half a mile from the meeting with the CCT up to Acker Lake.

A few blueberries are changing, but it'll be 2 - 3 weeks before anything spectacular. The whole loop is about 9 1/2 miles.
Top 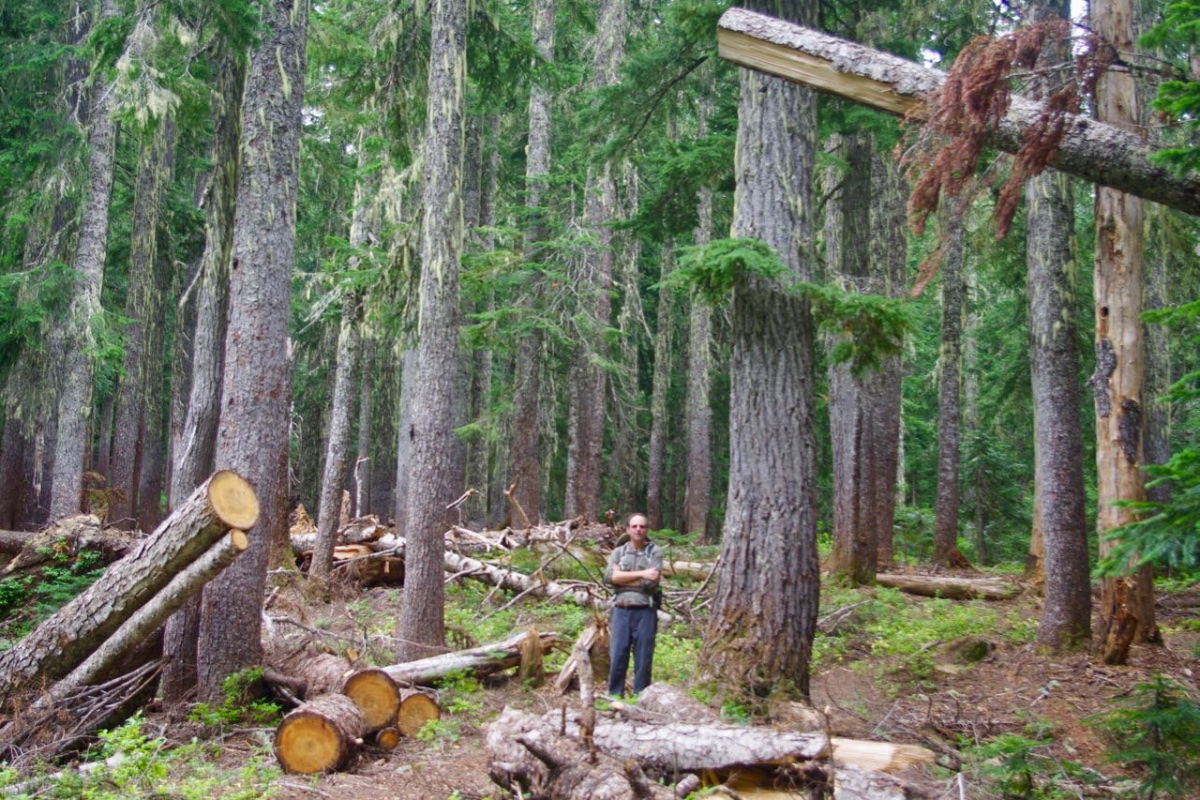