We usually do a long backpack trip up on Mt Hood during the Memorial Day weekend, and with Paradise Park being out of the question due to tree fall, we decided to head up to Cooper Spur and hopefully avoid the crowds.

The trail up to the Tilly Jane A frame was snow free and only a handful of downed trees that you could step over. Except for a few flowers at the start in the forested area, there were no flowers yet, though at the start of the burn area, the Bear Grass was starting to send up some blooms shoots.

From the A frame and beyond it was last spring snow, very firm, but lots of sun cups and very dirty in the forest.
It took us several hours to go the last section, due to having to rely on the GPS to stay close to the trail which was totally covered in snow.

We camped below the shelter in a nice flat spot where someone had built a fire ring. Since it was above timberline, I took the initiative to tear it apart, and spread out the charcoal.

Heading back down, we gave up on following the trail and just followed the ravine which drops down right at the amphitheater. I think we would have done better hiking up that way in the first place, might have saved an hour of route finding.

There were several day hikers who seemed to only be heading up to the Tilly Jane A frame, and not many others, except for the group that were camping at the shelter itself and doing short excursions each day they were there.

I would give it a few weeks to a month and the wildflowers should be going gangbusters there.

Heading into the burn area.

Open views, but no flowers yet.

Not too many people on the trail.

Seems to be a lot of new trees growing in the burn area, hopefully in 20 or so years, the burn won't be so noticeable.

Even with gps, it was hard to follow trail because we were in and out of snow. We know to stay to the left close to the ravine.

Snow was pretty firm but lots of sun cups as we neared the last climb to the shelter.

It's a long slug up the last section of trail.

Mixture of snow and dirt around the shelter.

Looking down on Cloud Cap. 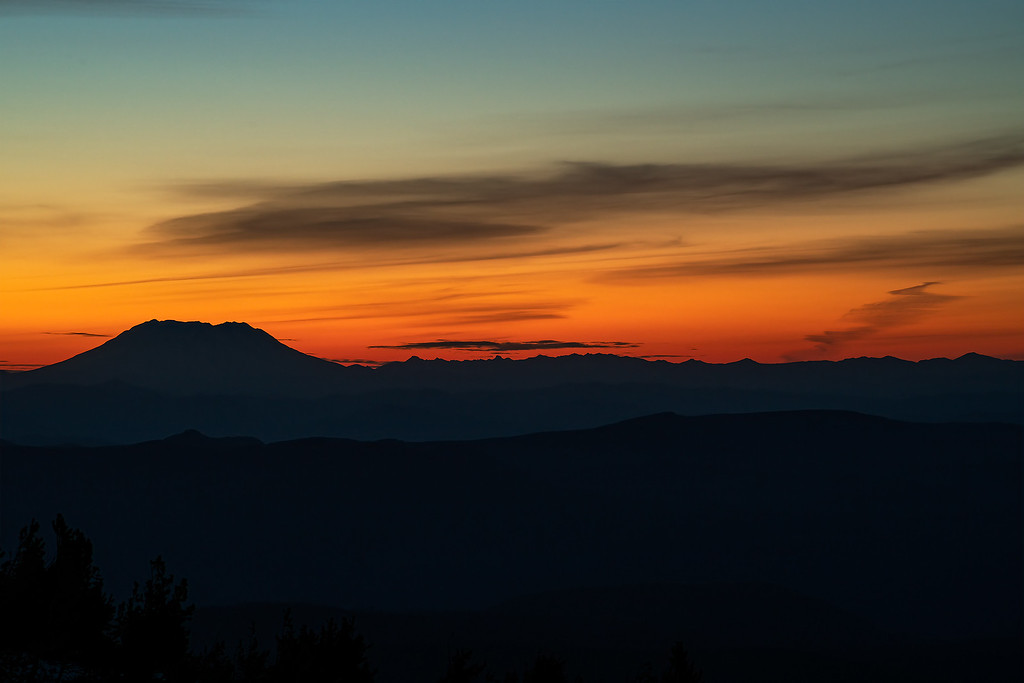 Had to camp in a new spot because a group was at the shelter. 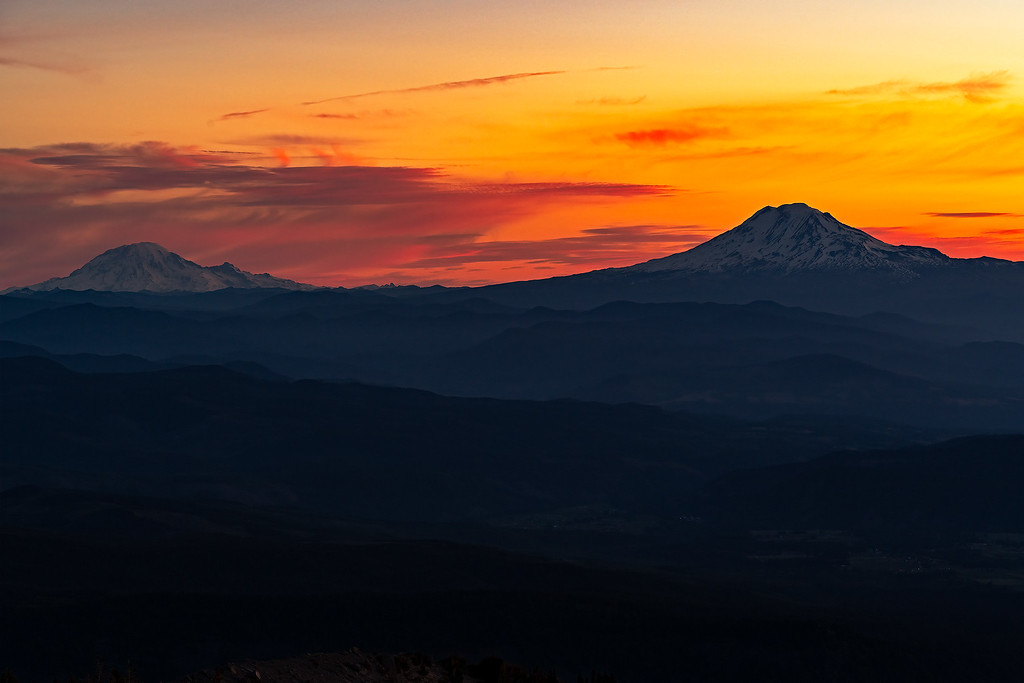 We ended up following the ravine down to the Tilly Jane A-Frame. It was much easier than trying to follow trail in the snow.

We ran into both groups (different groups/different reserved nights) staying at the Tilly Jane A-Frame.

Trail becomes deep rut and new trail forms next to it.

It's so nice to finish up in the cool woods after the open burn area.

Those sunrise and sunset photos are amazing. Thanks Rainrunner.
Jeremy VanGelder - Friends of Road 4109
Top

Wow. Really nice photos. Were there many other at camp apart from the shelter group?

No other campers that we saw, just the others staying at the A frame.
The mountains are calling and I must go.
John Muir
Top

Amazing pics - not easy to pull off good images that include shadows in the trees framing bright snow-clad peaks. Any post production on these images?
Top

Those are some genuinely beautiful and artistic photos!
Top

Great trail report, very detailed, and even better photos. One of these days I'm going to take one photo that will match those.
Top

TwoPaw wrote: ↑
June 2nd, 2021, 2:04 pm
Amazing pics - not easy to pull off good images that include shadows in the trees framing bright snow-clad peaks. Any post production on these images?

Yes.
On the pictures that include the mountain, I expose for the mountain so it isn't blown out, then I adjust highlights and shadows to make it look like what I saw.
The mountains are calling and I must go.
John Muir
Top
Post Reply
8 posts • Page 1 of 1