I have wanted to hike Wildwood Trail end-to-end for a while. I had planned on doing it last year, but I am a completionist at heart, and so with the construction of the new bridge closing part of the route, I knew if I attempted to do my end-to-end with detours, I wouldn't be able to shake the nagging feeling of "Yeah, but you didn't really do all of it..."

I took last Monday off work (a birthday present to myself!) to finally check this one off my list. During my 20-mile stretches in Forest Park this season, I was averaging around 3.5 miles per hour, so I was hoping to log three miles per hour and finish in 10 hours. (Okay, if I'm being really honest, this is what I told my husband, but in my head I wanted to finish in nine). I brought 2L of water and two cold beers (because it was my birthday) along with lunch and snacks (sandwich, chips, nuts, raisins, energy bar). Also had the usual array of spare socks, portable phone charger, pepper spray, blister patches, bandaids, trash bags, tissues, emergency Oreos for morale, etc etc.

I started at Newberry Road where my husband dropped me off. The first 10 miles went by quickly and I was right on time to meet my 9-hour finish time. It was early and there was almost no one on the trails. I passed one woman with a massive pack around mile two and I can only assume she was training for something longer (or had packed a much bigger lunch than me!). Other than that, just two others out first thing Monday morning. Wildwood is really much quieter on the weekdays and the northern part of the trail is so gorgeous. I spent mile nine thinking about how many days off I have left that I could use for hiking (since travel is out for the foreseeable future). Mile 10. Beer one. Feeling great. 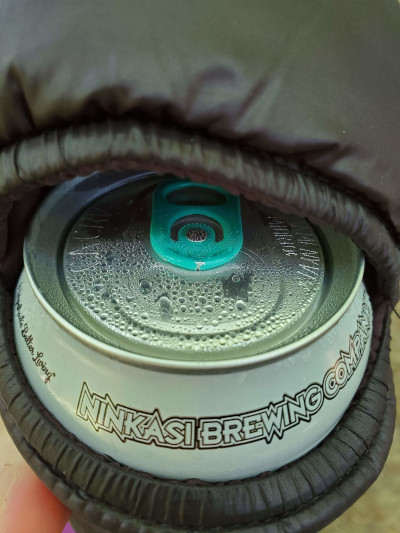 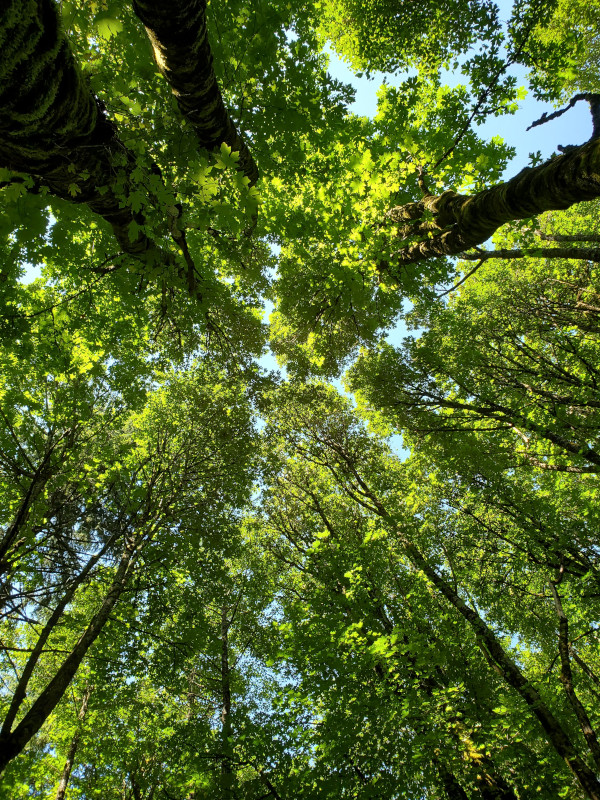 The next ten miles were slower, but again, hardly any people, which was awesome. There's a detour at 14.2 to 15.4 that is supposed to take you on an adjusted route via Cleator, Leif Erickson, and then Koenig Trail. I was keeping an eye out for this but accidentally missed the entire closed section of the trail. When I hit the detour sign, I went down a very steep "Cleator" trail and started walking Leif Erickson looking for the entry to Koenig Trail. That's weird. It should be here... I kept walking and realised I had gone too far so I backtracked and found my way back to Cleator again, where I had just come from. The signs posted were telling me to backtrack even more. My map, my GPS, and the detour info didn't line up, and I was burning time (my precious, arbitrary goal!).

I texted my husband that I was lost. He called right away and asked me what had happened, and was confused when said I was stuck walking back and forth on Leif looking for a trail that apparently didn't exist. I then realised that he thought I meant lost-lost, as in "I don't know where I am and I'm concerned for my welfare" lost. Oops! My bad! He eventually asked me if it was possible I had powered through the closed section and had come down Koenig, not Cleator. Definitely possible... Solution: just hike back up the Koenig-not-Cleator-way that I had come and keep going. I felt so dumb given Wildwood is so well signposted.

Back on track, I realised I was about 30 minutes behind so I picked up the pace, hoping to make up some of the time I had lost whining on the phone and pacing. I ate my lunch while walking, but I stopped at mile 21 to drink my second beer (priorities). The beer koozie kept it nice and cold. 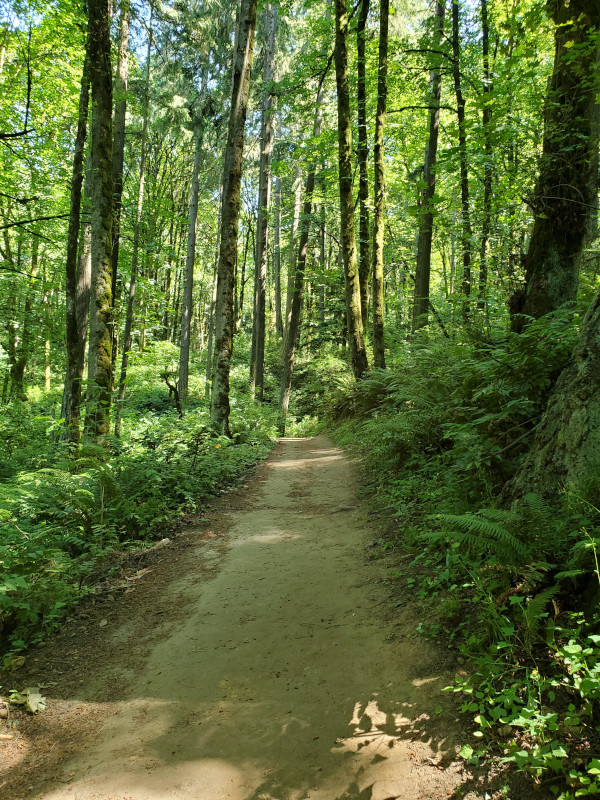 Miles 20 to 25 were slow going. My time was okay but I was getting a bit sore and, honestly, a little bit bored. Wildwood is so beautiful but it's very monotonous. I don't usually mind, but after 23 miles, there was little in my surroundings to take my mind off anything other than the fact that there were still SEVEN MILES TO GO, not to mention the hill at Pittock mansion. Boo. I took a couple of wrong turns at some point, just because I was no longer paying attention to the forks. More time lost. Probably about three total, and each one added about five minutes.

At around mile 25, I started to wonder why I ever hike more than 20 miles ever. Why? What is the benefit? I felt good five miles ago. I could be at home now. I could be clean. The wrong turns were a killer because it was more walking and I was doing it to myself. Each time I realised I was on the wrong track was like losing $50 at the fair. Resigned disappointment because you're never getting it back. My feet were sweaty, but I didn't want to take my shoes off to change my socks because I knew I would never want to put them back on again. I soldiered on instead, eating nuts and grunting at the people who cheerfully said hello to me as they passed by. Jerks. 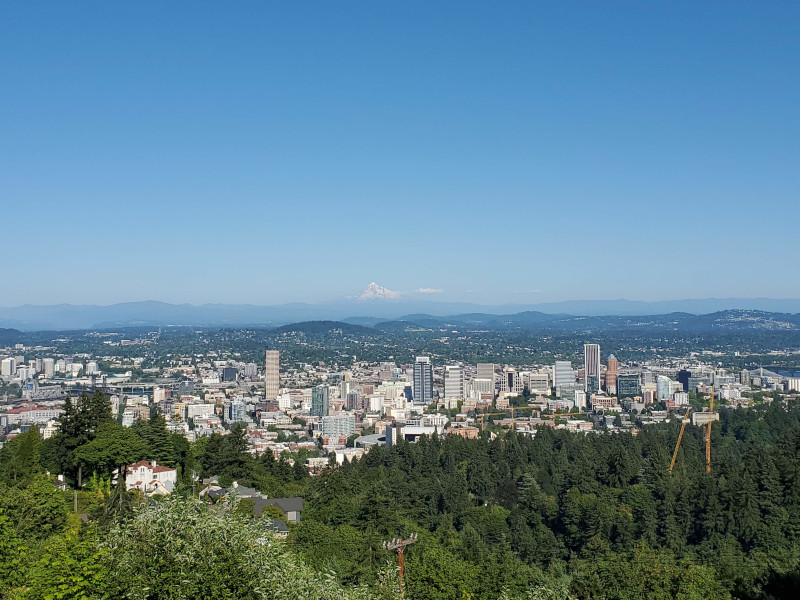 The climb to Pittock was a really nice distraction. I love hills so all the flatness was getting to me. This is also where I started to see an uptick in people. Likely due to the fact that it was late afternoon at this point and more people were out in general. I had seen maybe >10 people all day, but now I was seeing people every ten minutes or so. I stopped in the bathrooms at Pittock (thank God) and took a couple minutes to admire the view. It was a clear day with amazing viability. Lots of people trying to keep their bubble of space intact with varied levels of commitment. Hoyt Arboretum was stunning and even though there were more people, this part of the hike was glorious. The perfect time of day, and I knew I was near the end so everything was reflecting my glow of relief and looked extra good. 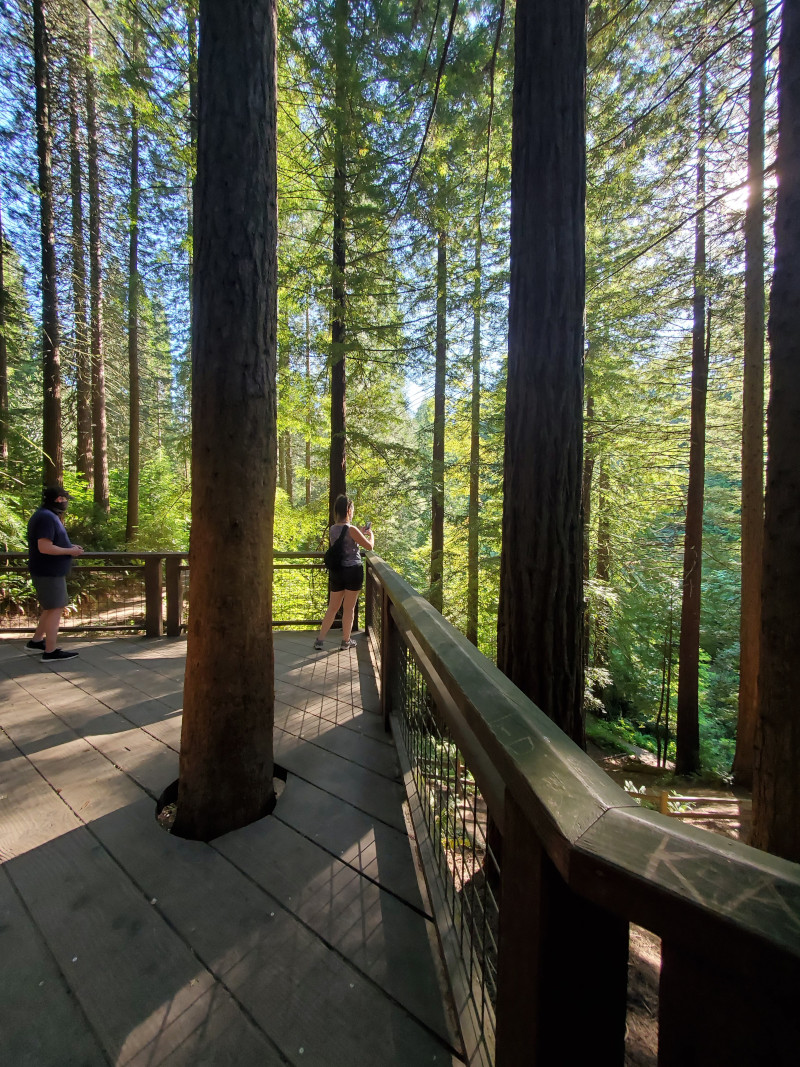 The last few miles took forever, especially past the archery range and then what feels like really pointless wandering of paths when you're just ready to be done. I finally hit the car park and saw my husband waiting for me. I dropped my pack by our car and lay down on the ground. "Still want to do a double some time?" he asked. "....Maybe," I replied.

Sounds like a fun day. Long way to go all by yourself - sounds like you do it regularly - but I wonder if I too would get bored at some point like you noted.
Making a wrong turn is the pits. Backtracking is deflating - especially if it's long one...
You omitted the stats? Did you capture gps tracks for elevation gain? Just curious how tough this is, since it's so accessible

Next time, have your husband meet you at road crossings with beer, instead of carrying it in your pack. That should shave a couple minutes off.
Top

Thanks Walrus for sharing the stats! I'm a little new here (the forum for sure, but also Oregon), so I'll know next time to share.

Not a difficult one in my mind -- just long. As for boredom, hiking alone is my absolute favourite! This is great for when you're new in town and don't know anyone. Less great when safety/common sense dictates a buddy is necessary and you have to give it a miss because there's no happy sadists willing to accompany you.
Top

Welcome! - and no worries re: stats if you don't keep them (it is one of my little weirdsies, but I recognize that most others don't care).
Top
Post Reply
6 posts • Page 1 of 1