This past weekend I hiked Old Cascades Crest Loop from 3 Pyramids Trailhead. This is a series of trails in the Old Cascades, a set of mountains west of Santiam Pass that are older than the high cascades. The whole loop without side trips is about 28 miles with 8000 feet of elevation gain. Very little snow left. The high point of the route, 5500 feet at the Middle Pyramid had one snow patch that was tricky to negotiate. Mosquitoes were always present, and were the worst at about 5000 feet. The old growth on this loop is amazing, you pass big trees on almost every mile of the trail. Lots of rhodies out too. The trail had just been cleared of downed trees. Thanks trail workers! Thanks to Brian and Chris for taking the photos.
Map: 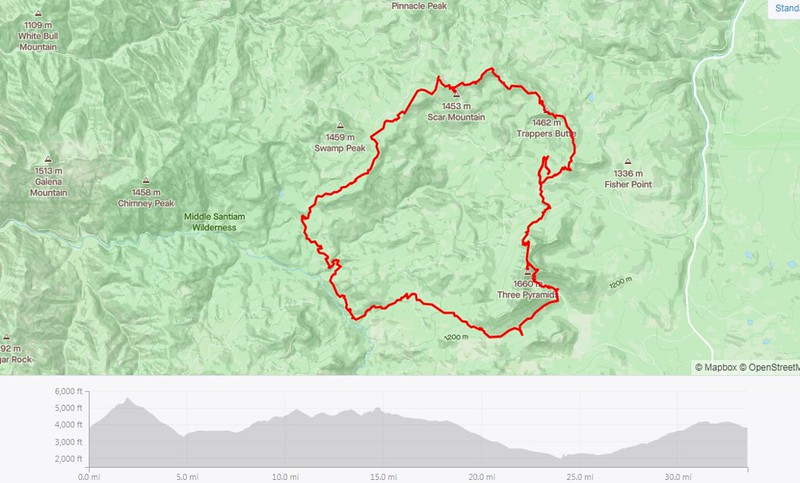 We got a late start, due to work of course. At 6 PM we set off, climbing the grueling 3 Pyramids Trail. Its quite a steep climb, especially with heavy packs and being our first backpack of the season. This gorgeous meadow helps ease the pain: 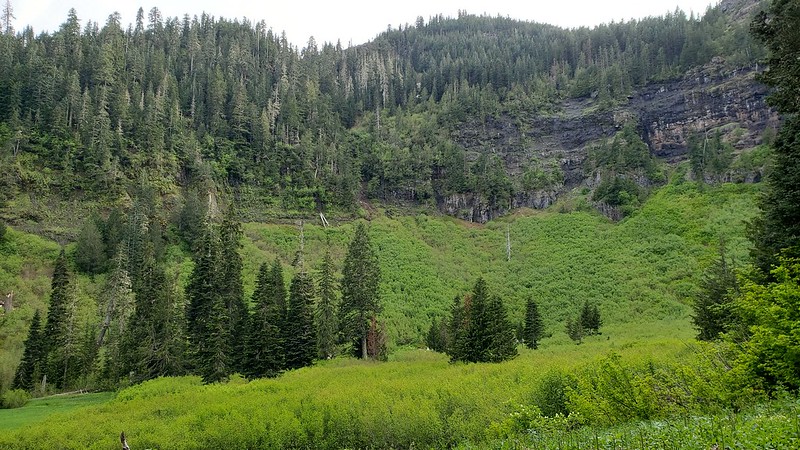 And a nice waterfall: 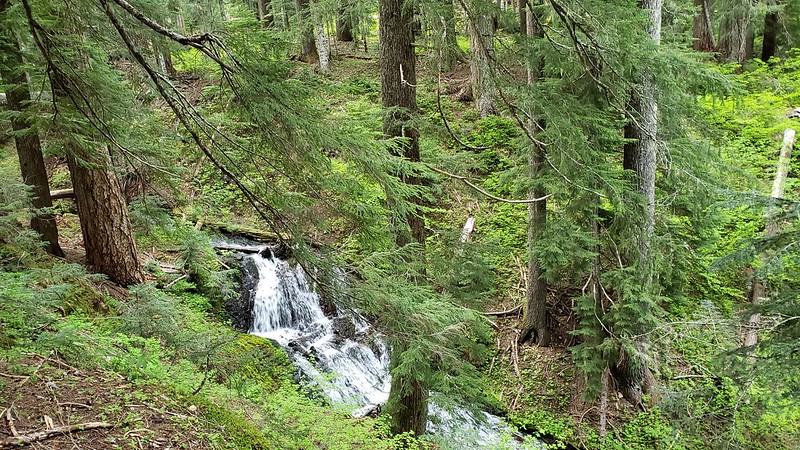 Soon enough we were out of the trees for views from Hood to the Three Sisters, even a little of Diamond Peak. We took the side trail to the top of the Middle Pyramid. 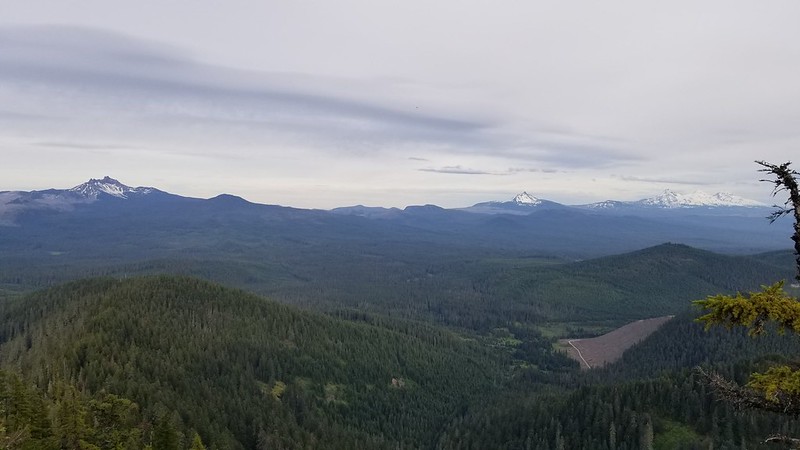 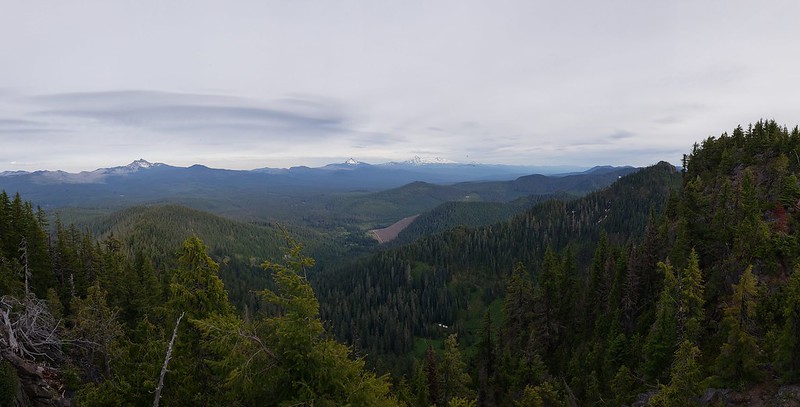 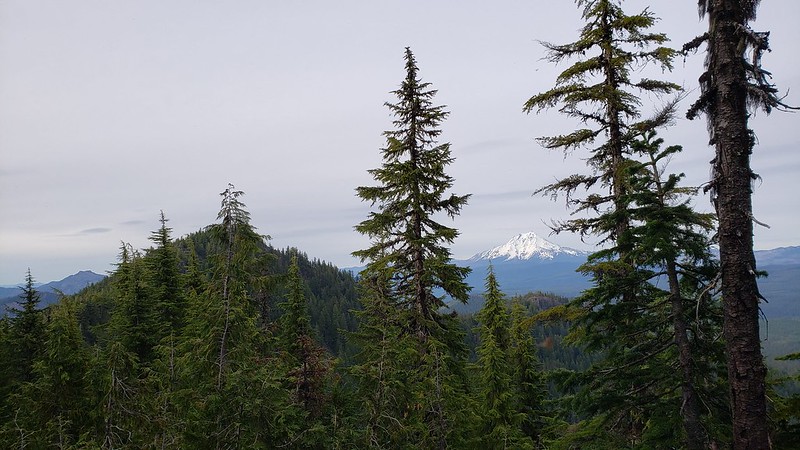 Alas, it was getting dark, so we had to drag ourselves away from the view and down the long descent to Daly Lake. Once we had dropped about 2000 feet, we crossed two forest roads. There was a ranging creek here, but the idea of a lake lured us down the forest roads a half mile. Unfortunately the three walk-in sites had been filled with car campers, not unexpected very late on a Friday night. We bushwacked along the overgrown lake trail to the outlet and back looking for a campsite to no avail. Luckily, we found a tiny site 10 feet inland from the first official site. 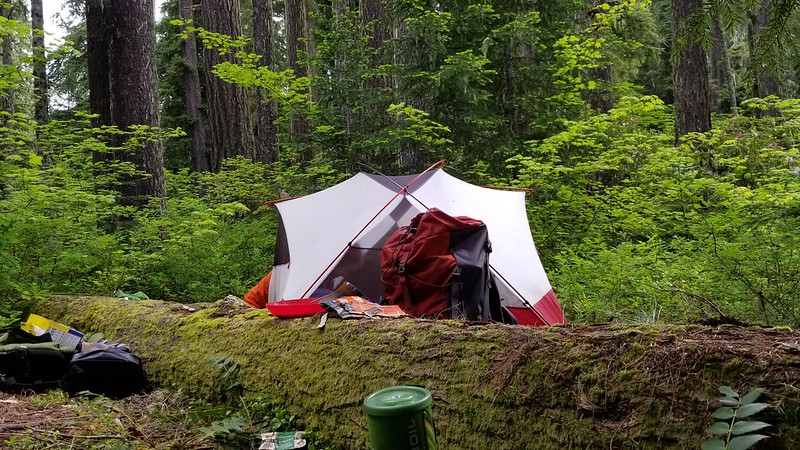 We'd planned a long day, as there did not appear to be any water sources on a long section of the trail. We hiked back along the road to the trail, and began the climb to Trapper Butte. Once again, lots of rhododendrons. 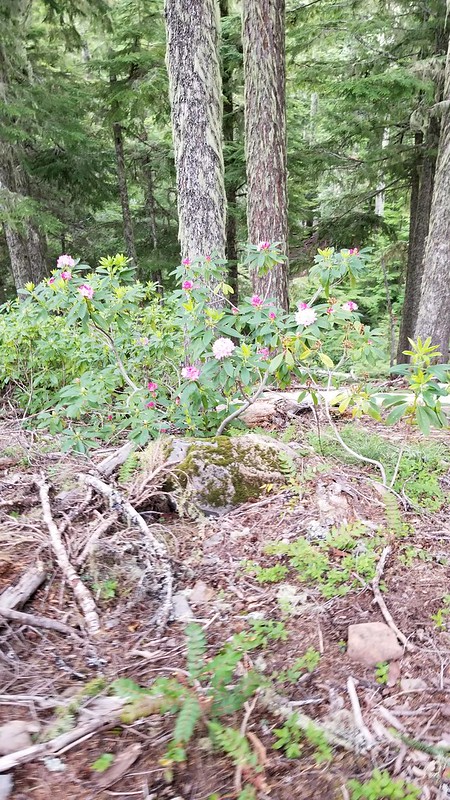 Trapper Butte had some decent views. 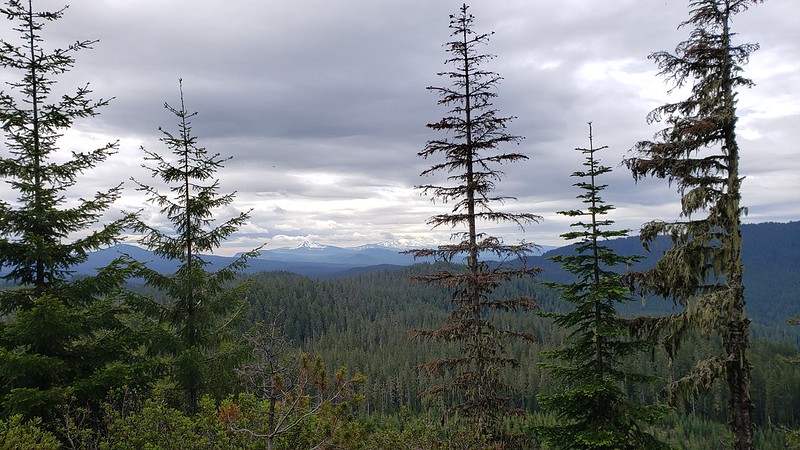 The trail then follows the ridge to Scar Mountain which had even better views.

We then began the long downhill past Gordan Peak to the Middle Santiam Wilderness Area.
Funny looking volcanic feature. 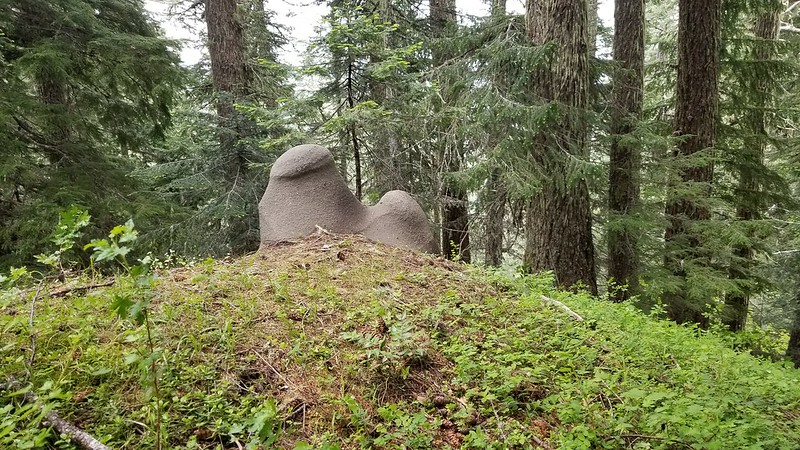 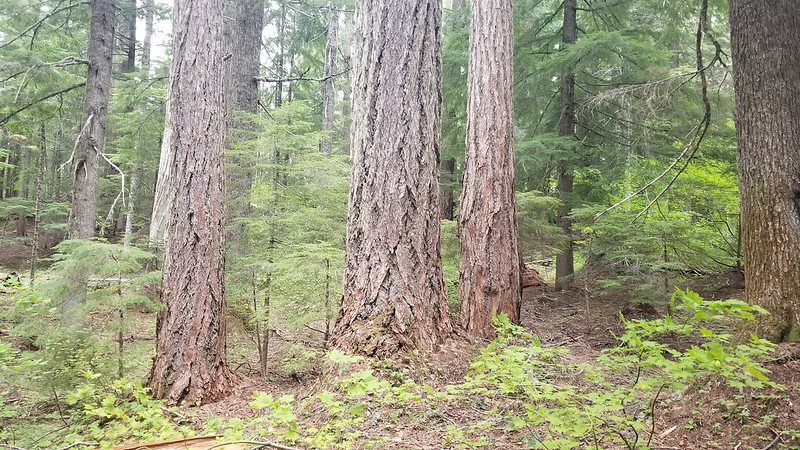 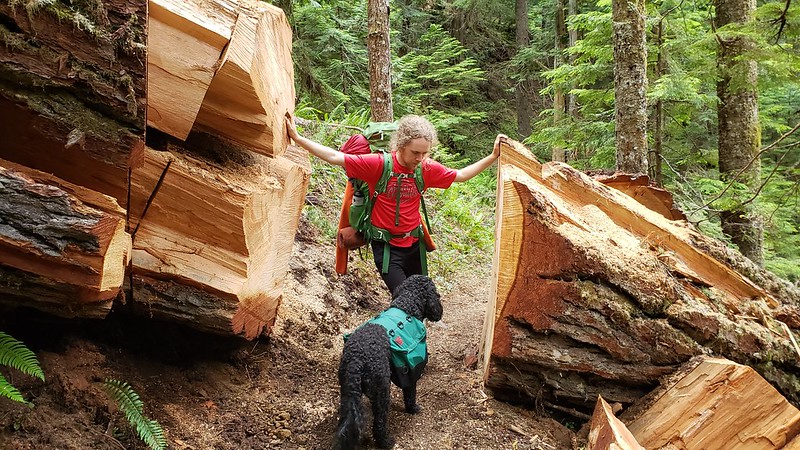 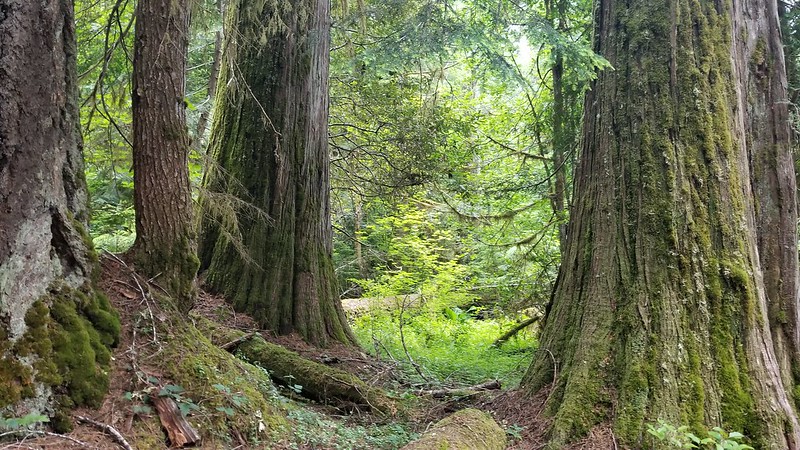 Finally 10 to 12 miles into the day we started passing some water sources.
At the bottom of the mountain, there is a bypass trail so that mountain bikes do not have to go through the Middle Santiam Wilderness. We chose to follow the hiker trail through the wilderness. It was definitely prettier, but was overgrown and had lots of blowdown. The trail crews had followed the bypass trail.
Pyramid Creek is a knee deep, somewhat difficult ford. 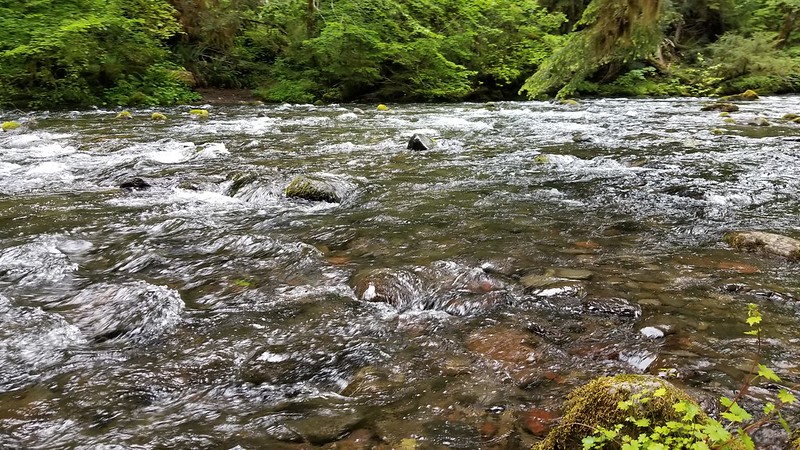 We camped on the far side. 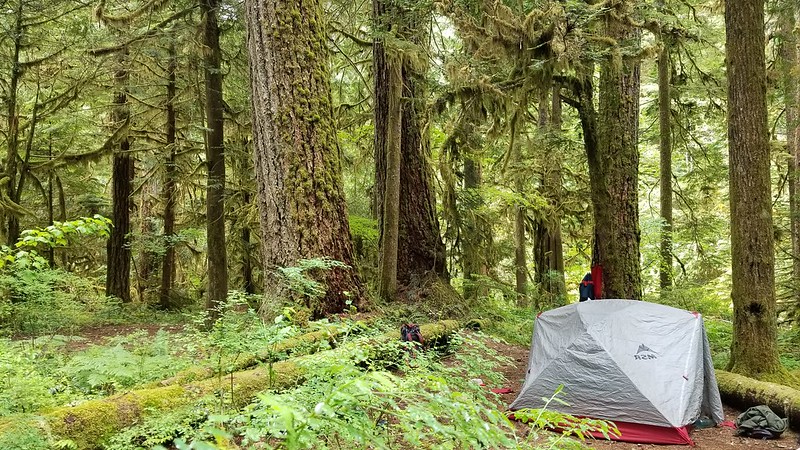 Day 3 was just a long climb back into the high country to finish a great loop!
Last edited by Paul2 on June 23rd, 2020, 7:11 am, edited 1 time in total.
I've been wandering early and late, from New York City to the Golden Gate, and it don't look like I'll ever stop my wandering.
-James Taylor
Top

I love that area. What a great loop. Looks like you had an awesome time and thanks for sharing.
Will break trail for beer.

Nice to see this writeup. Great loop for this time of year. Thanks for the report!
Top
Post Reply
3 posts • Page 1 of 1