Got a DN-approved after lunch start at Herman Creek at 4pm. On the way up to the powerline road, there is poison oak with leaves almost the size of someone's hand! Dropped over to the PCT and went up. The only other post-fire time I've been here was Christmas, and it's very nice right now without snow - a short green understory layer contrasted with the blackened sticks of the trees, but kind of in a pleasant way. Got to Red Rock Viewpoint at 5:45pm and the light was nice. Continued up to the platter - there is zero snow. Booked it across and dropped down to Camp Smokey (RIP), then continued another 3/4 of a mile to that rocky saddle and climbed up the rock stack, getting there around 7:15pm. Wonderful light, wish I could have stayed to watch the sunset on Hood. The beargrass is exploding everywhere up on the Benson and especially in the open areas south of it. Started back at 7:30pm - it turns out the Benson PCT is fantastic for running. Got back to Red Rock VP at 9pm for some pink light on Nick Eaton, then ran down the trail until approx the 400 jct when I had to start walking due to darkness, but I persevered and managed to win the headlamp game, arriving back at the car in the dark at 10pm. (Randomly, a guy walked out of the forest into the parking lot just a few minutes after me?!) A perfect outing for St. Solstice's weekend.

Caltopo says it was 18 mi and 5000 ft EG (latter sounds a tad high). Everything is beautiful out there right now, especially in the soft late light of evening. 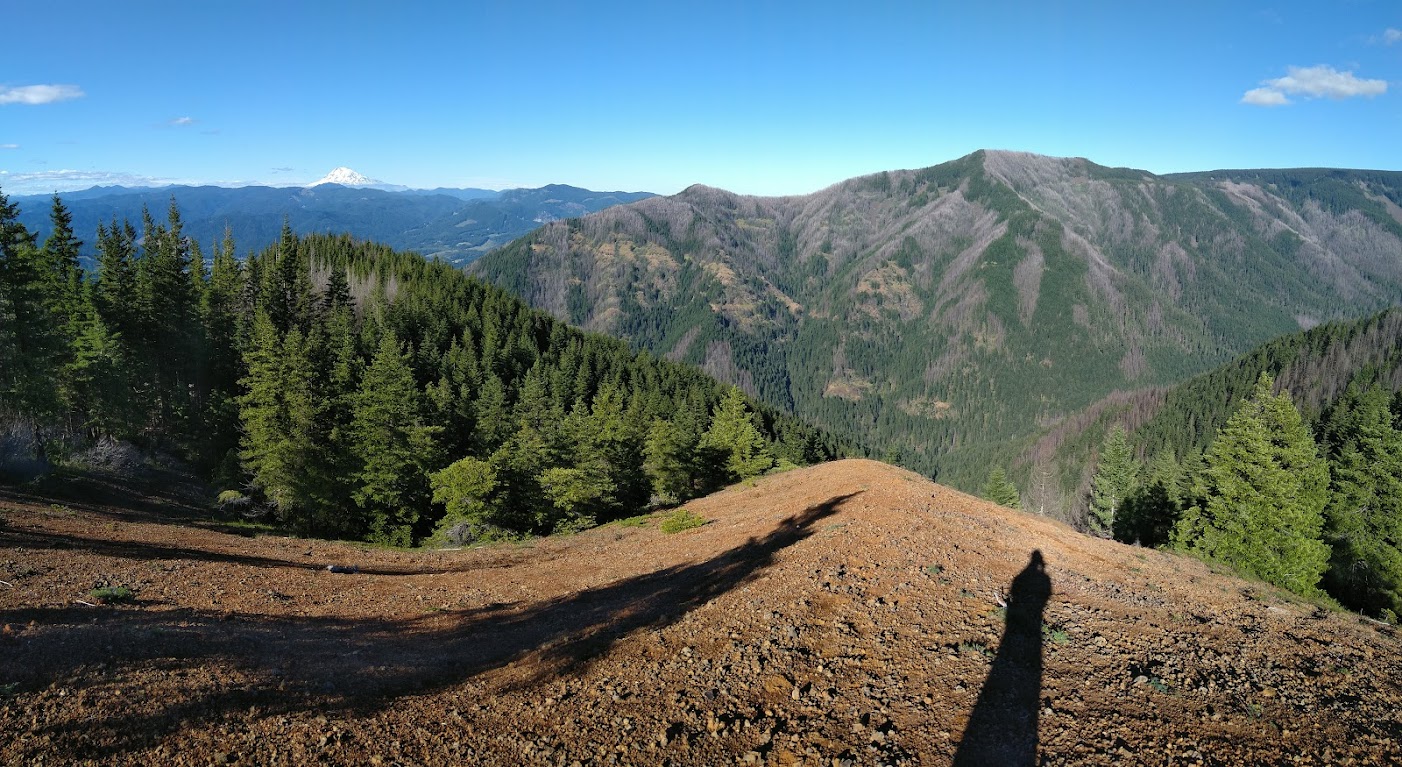 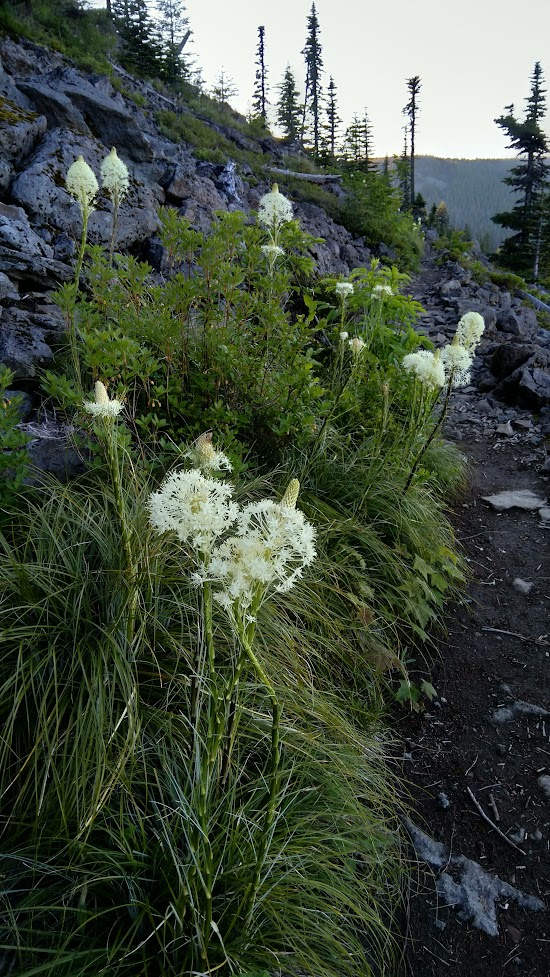 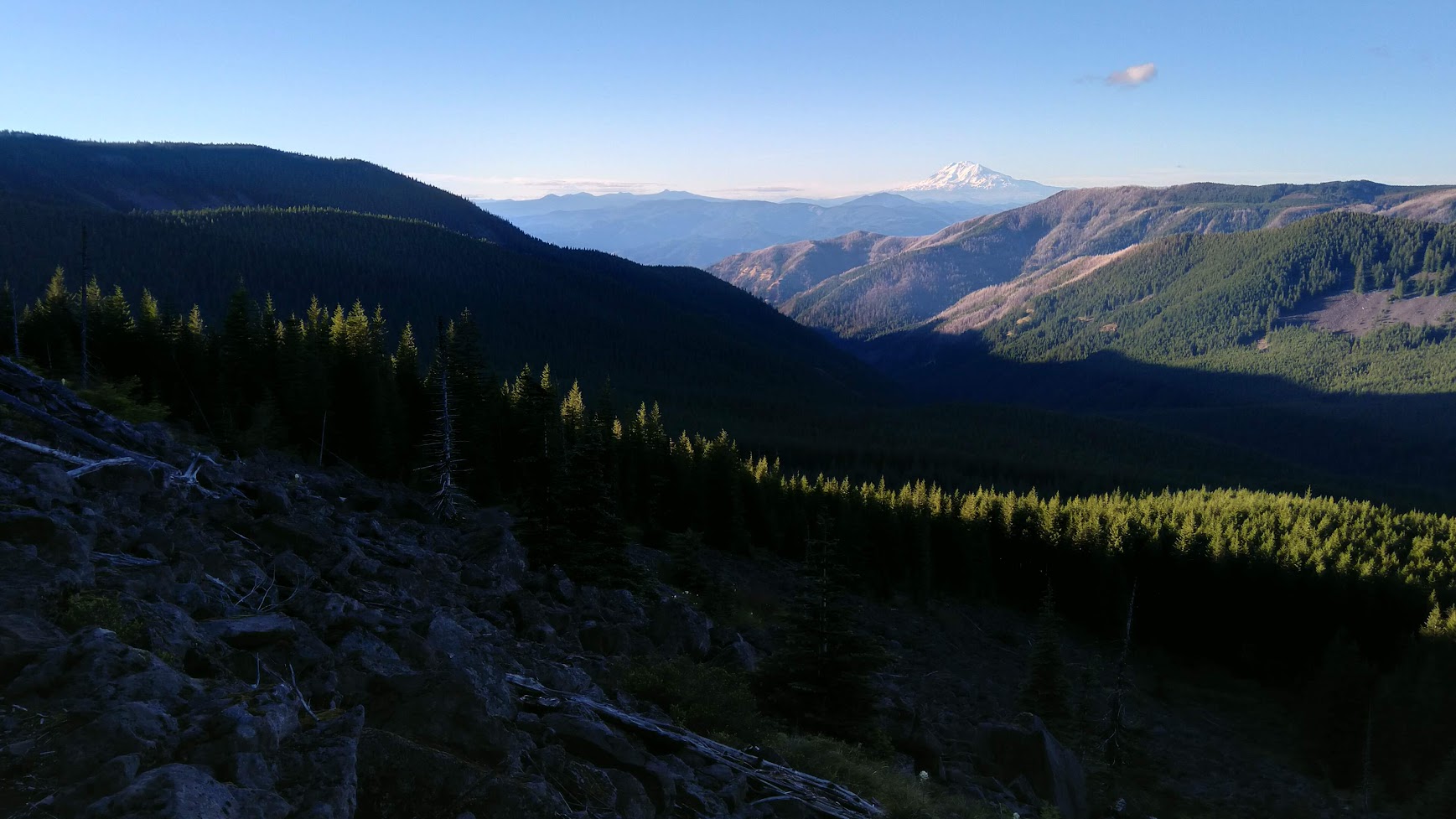 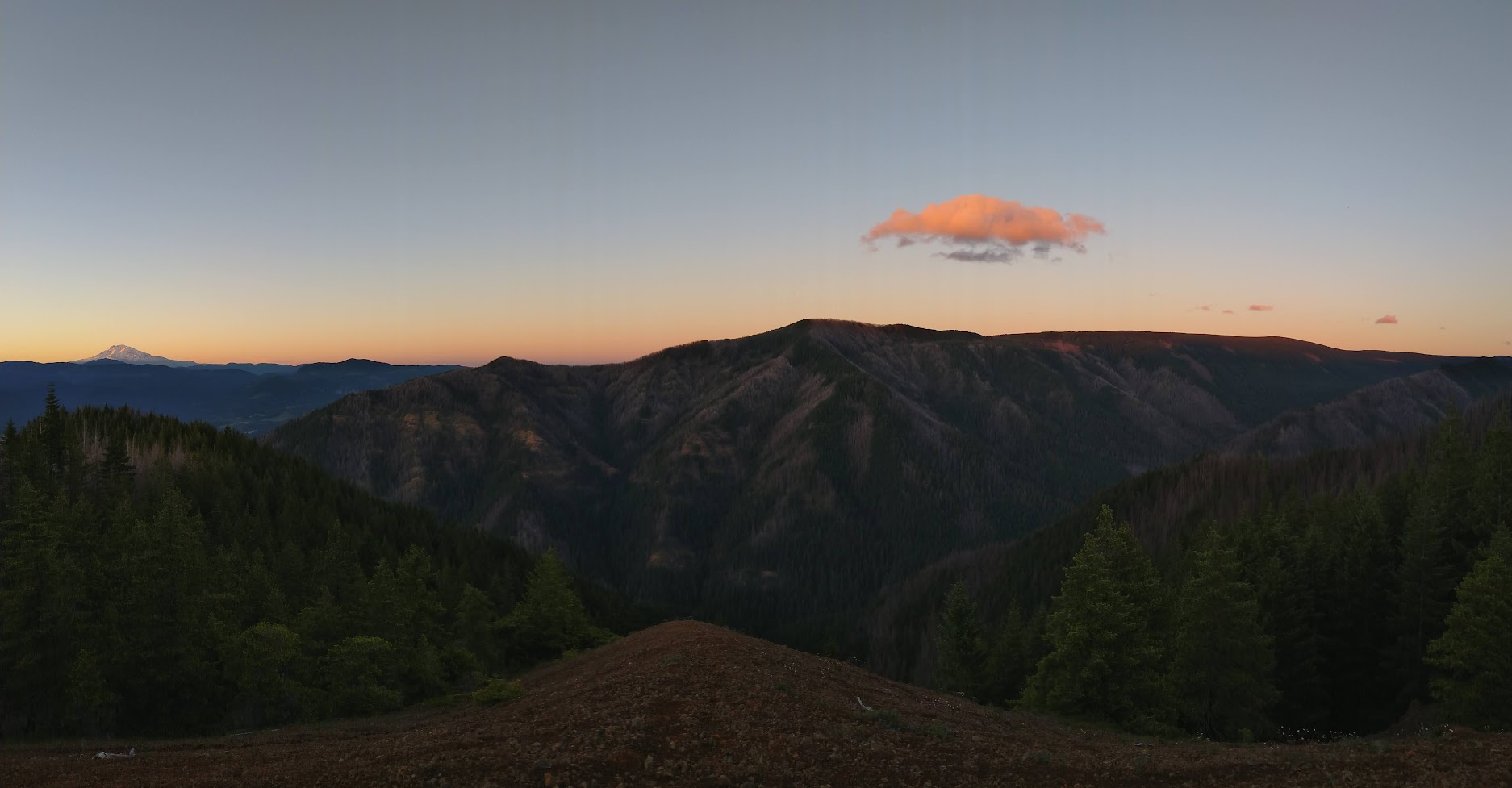 Nice work. I just missed you as I went up at dawn and was back by 2pm
Top

Definitely something to be said for end-of-day hiking. I was up on Sleeping Beauty last week for dinner, though clouds and wind moved in that day.
Top

Nat, I approve of your starting time!

Nice TR and great pics, too.

Did you notice if there were any campings spots on the plateau next to the PCT that weren't completely surrounded by burned out snags? I was on Indian Mountain Friday and it was hard to gauge just how burnt the east edge of the plateau is.

Thanks!
"It isn't the mountain ahead that wears you out; it's the grain of sand in your shoe."
Top

The platter proper (up at 4000 ft) isn't burned on the PCT side so all the sites up there are fine. There's a site on the ridge below (around 3700), where it crests and flattens before going straight to the platter - nice big site but surrounded by snags. There's another site by the north Benson Way junction that I think is unburned but I don't fully recall. Once you get fully atop the platter, you don't see burn again until you get to Camp Smokey.
#pnw #bestlife #bitingflies #favoriteyellowcap #neverdispleased
Top

"It isn't the mountain ahead that wears you out; it's the grain of sand in your shoe."
Top
Post Reply
8 posts • Page 1 of 1