On this past Thursday, Feb 20, 2020, a friend and I hiked/snowshoed to St Helens Lake. We parked at the Hummocks TH, walked the road, which was mostly clear of snow, and proceeded up from the South Coldwater Ridge TH. We had a late start of about 9:15 am, despite our best efforts to have an earlier start.

A few inches of snow were on the ground from the beginning, but, some folks had already broken and packed down a track with snowshoes on a prior day. With the cool temperature and packed track, we were able to go snowshoe free for a good while, and then we peeled away from the track and just walked the ridge. The ridge itself had less snow due to wind having blown much of it away.

We put our snowshoes on shortly after the saddle where the South Coldwater trail meets the Coldwater Peak Trail (though we obviously weren't on any trail). The snow had been shaped and shifted all over, and the depth varied. Up until we reached the next saddle, the top layer of snow was still pretty fresh and dry, yet definitely hardened by cool temperatures. Some areas of snow were iced over. We walked mostly on top of the snow with our snowshoes, with just a bit of sinking in every now and then.

Once gaining the next saddle, we traversed the southern exposed slope, which was all corn snow and quite slick. We should have picked a lower line, but made it across, with only a couple of slips. In short time, we hit the saddle overlooking the lake, which was covered in snow. I believe it was near 1 pm at that point. We thought about dropping down the valley, continuing over to Harry's saddle and beyond to make a loop. However, given the time and the probability that we'd just bail to the road instead of going to Johnston ridge, we decided to return the way we came and enjoy the setting sun in that direction instead of having a road walk.

I suppose that I should I also mention that as you come off of South Coldwater Ridge and continue on to St Helens Lake, you do walk below some potential avalanche terrain /terrain traps, so being knowledgeable about winter snow travel and its risks is a good idea if you decide to visit this place in the winter.

Some photos of the day: 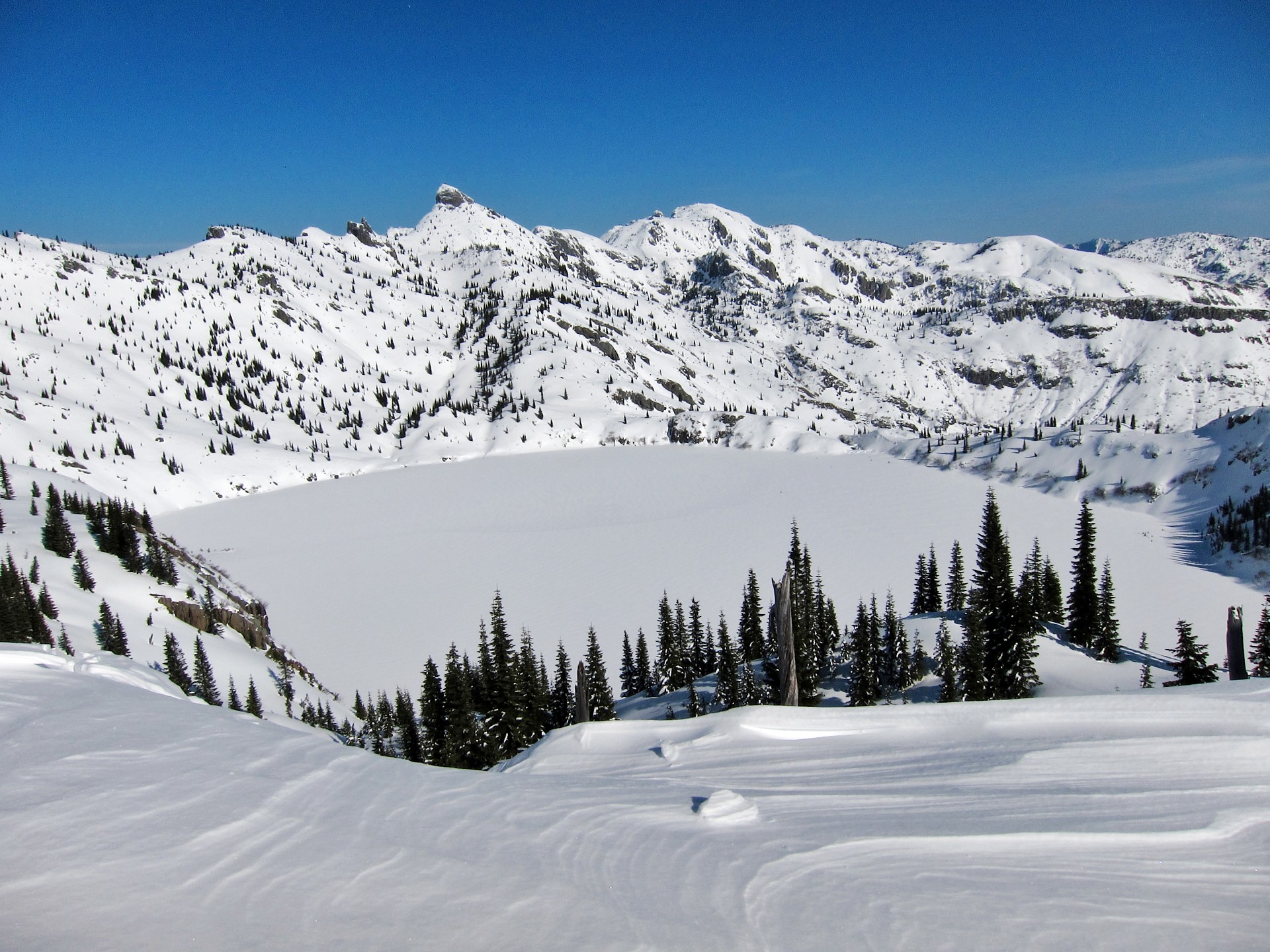 The lake was all covered by snow. It was great to see the peaks in the Mt Margaret backcountry, looking as beautiful as ever. 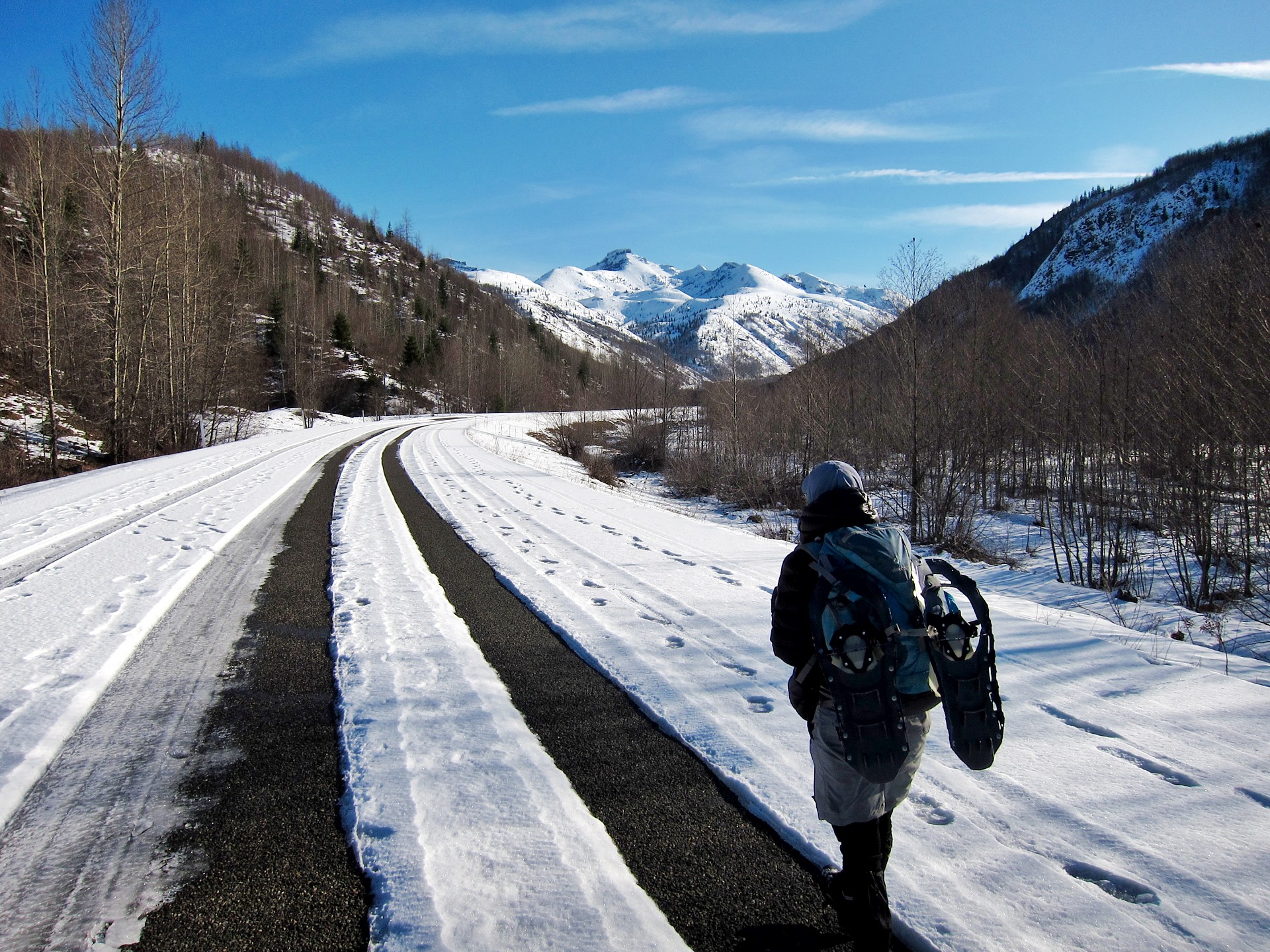 Starting out and looking up toward our route in the distance. All of the snow had melted from the road upon our return. 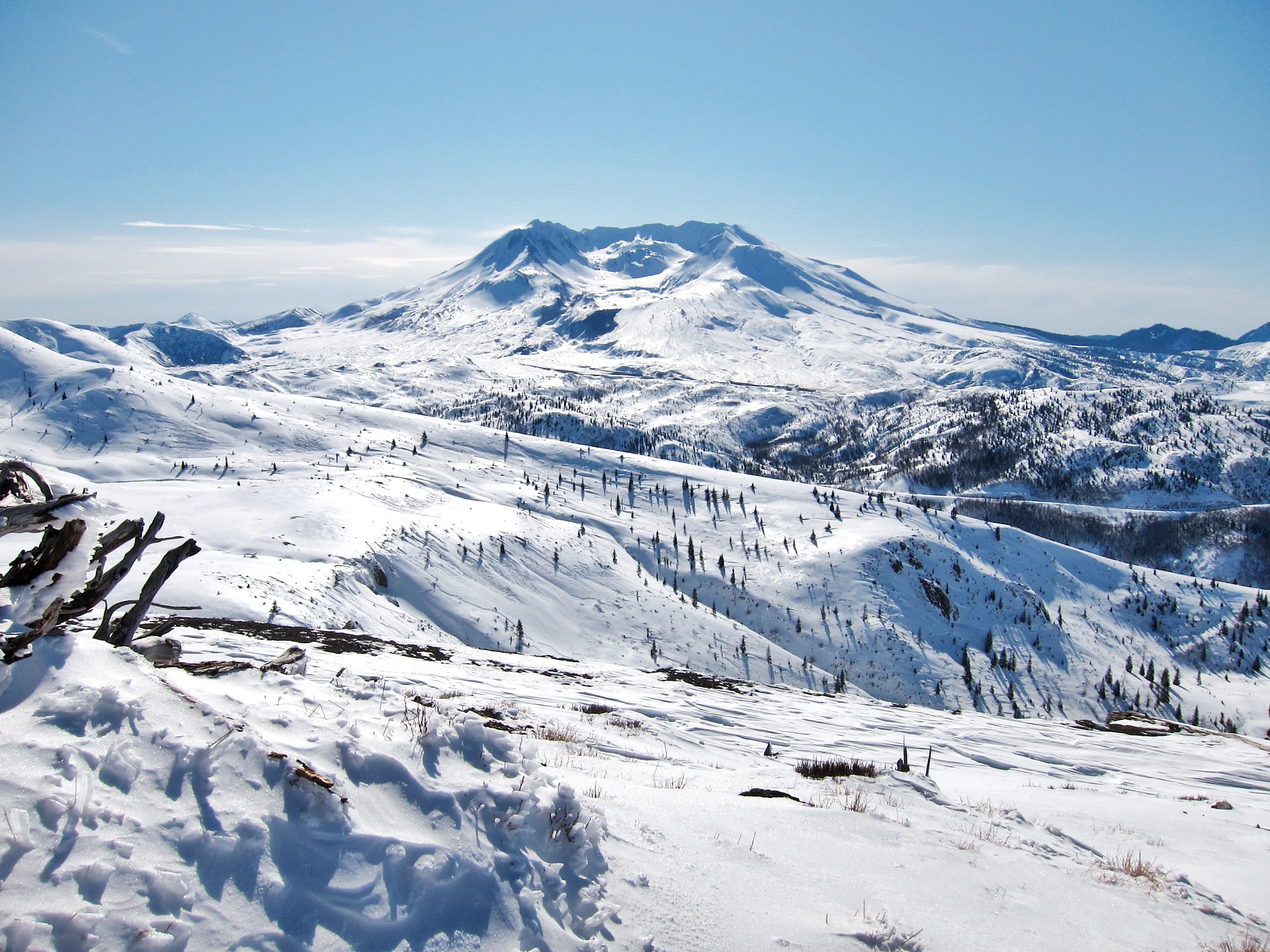 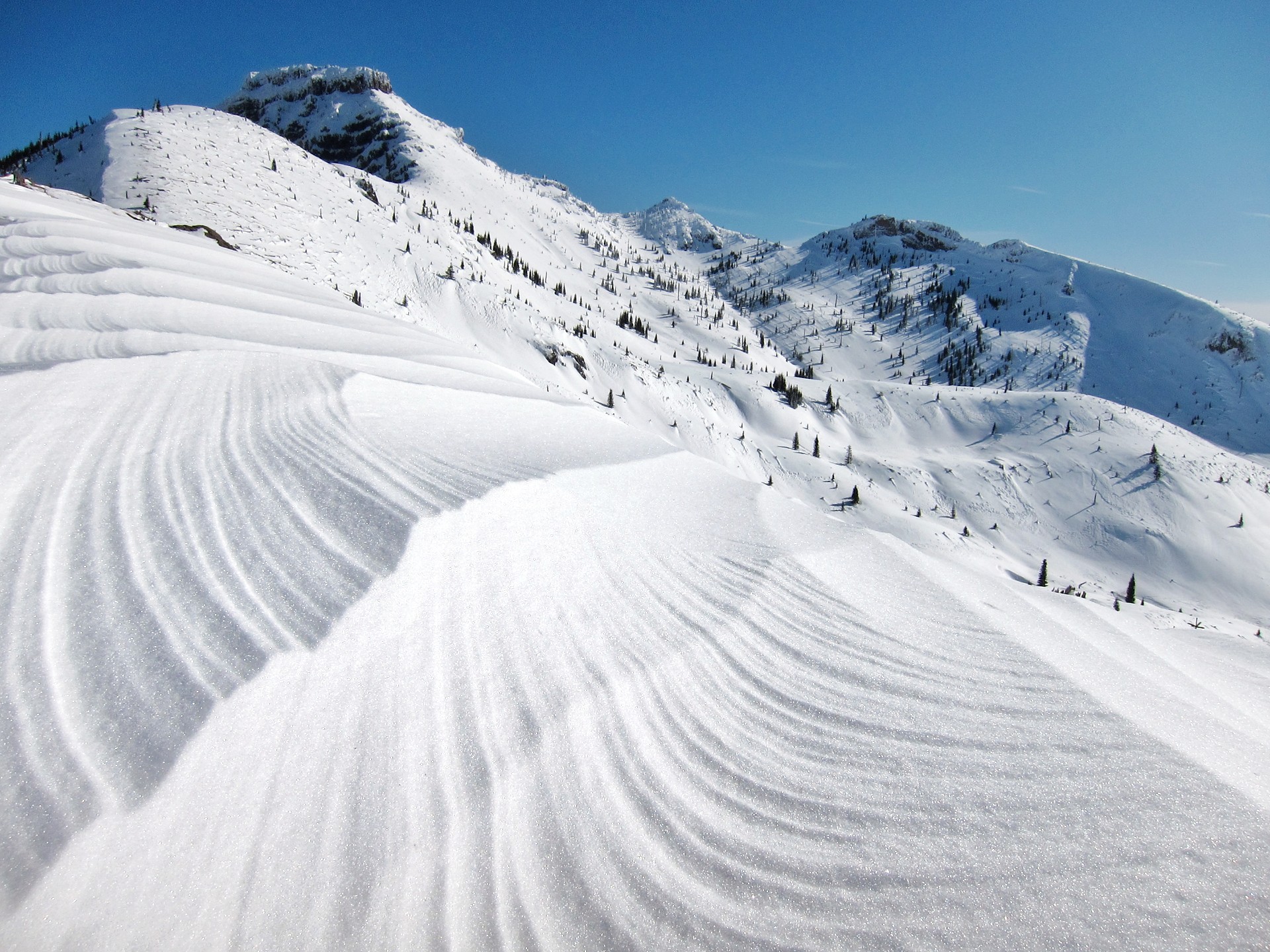 Some of the wind sculpted snow we encountered. It was almost sad to break trail through some of this untouched natural art. 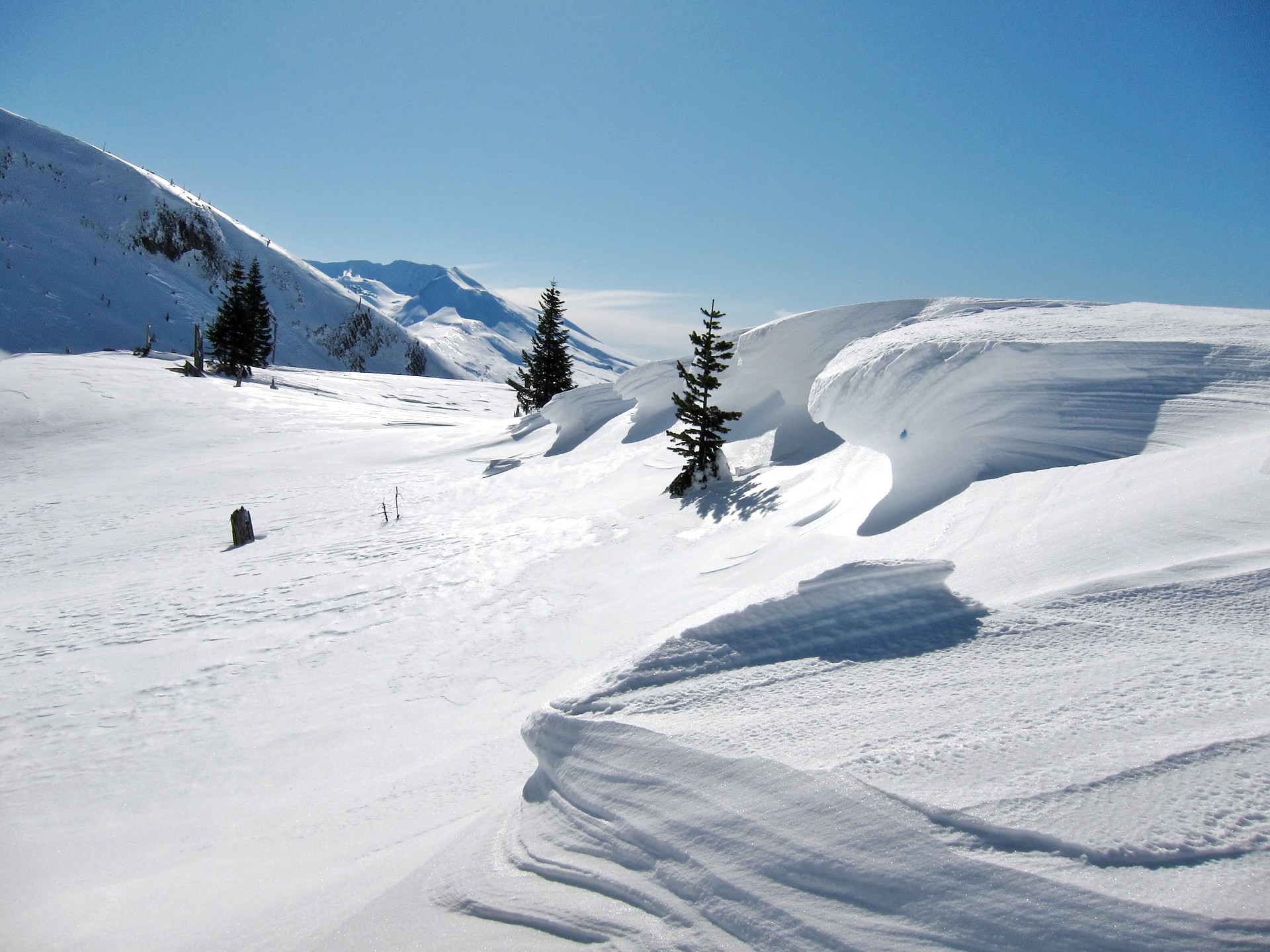 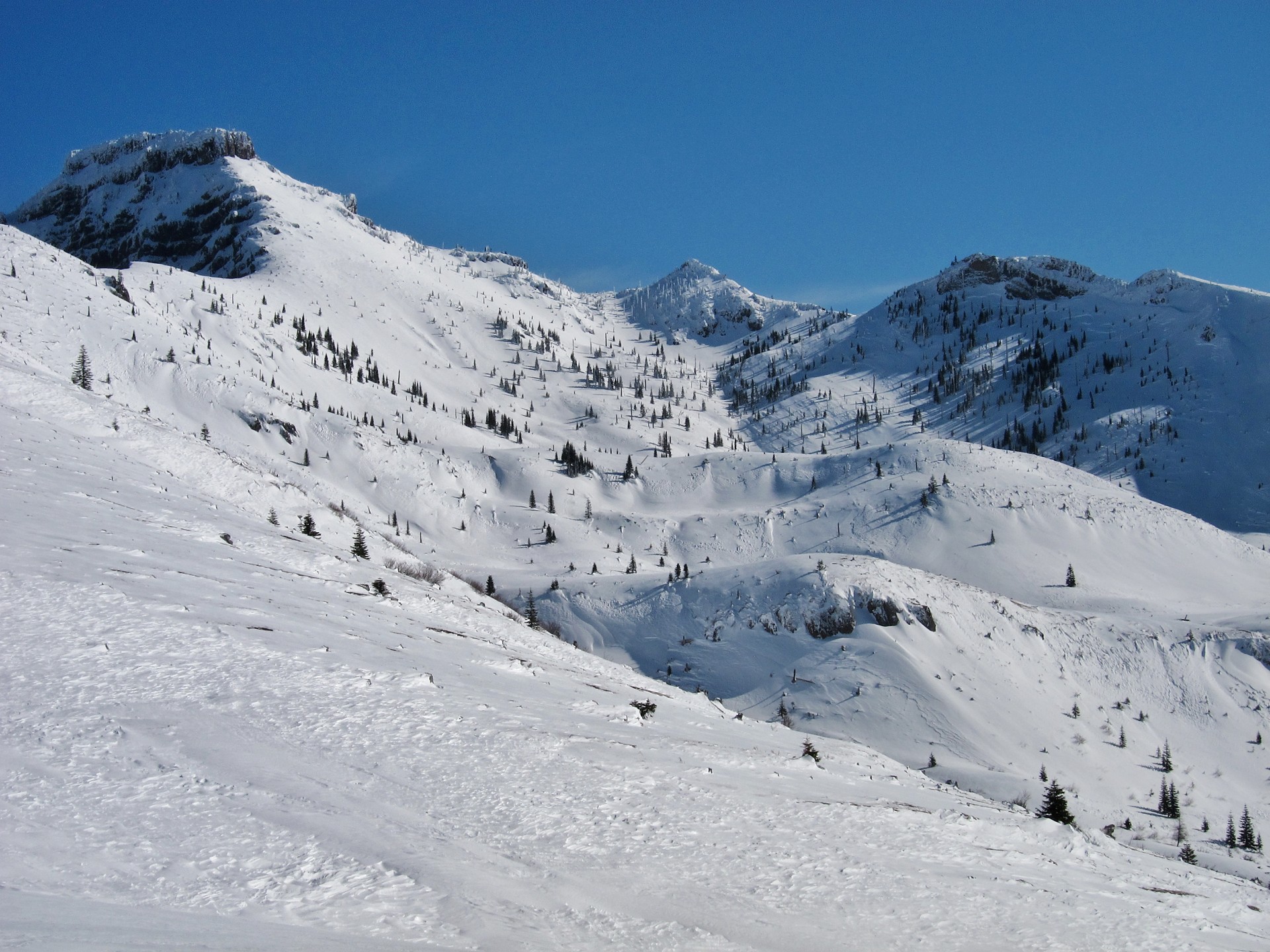 A closer look at the next piece of our route. The highest point is that saddle to the right of the triangular peak. 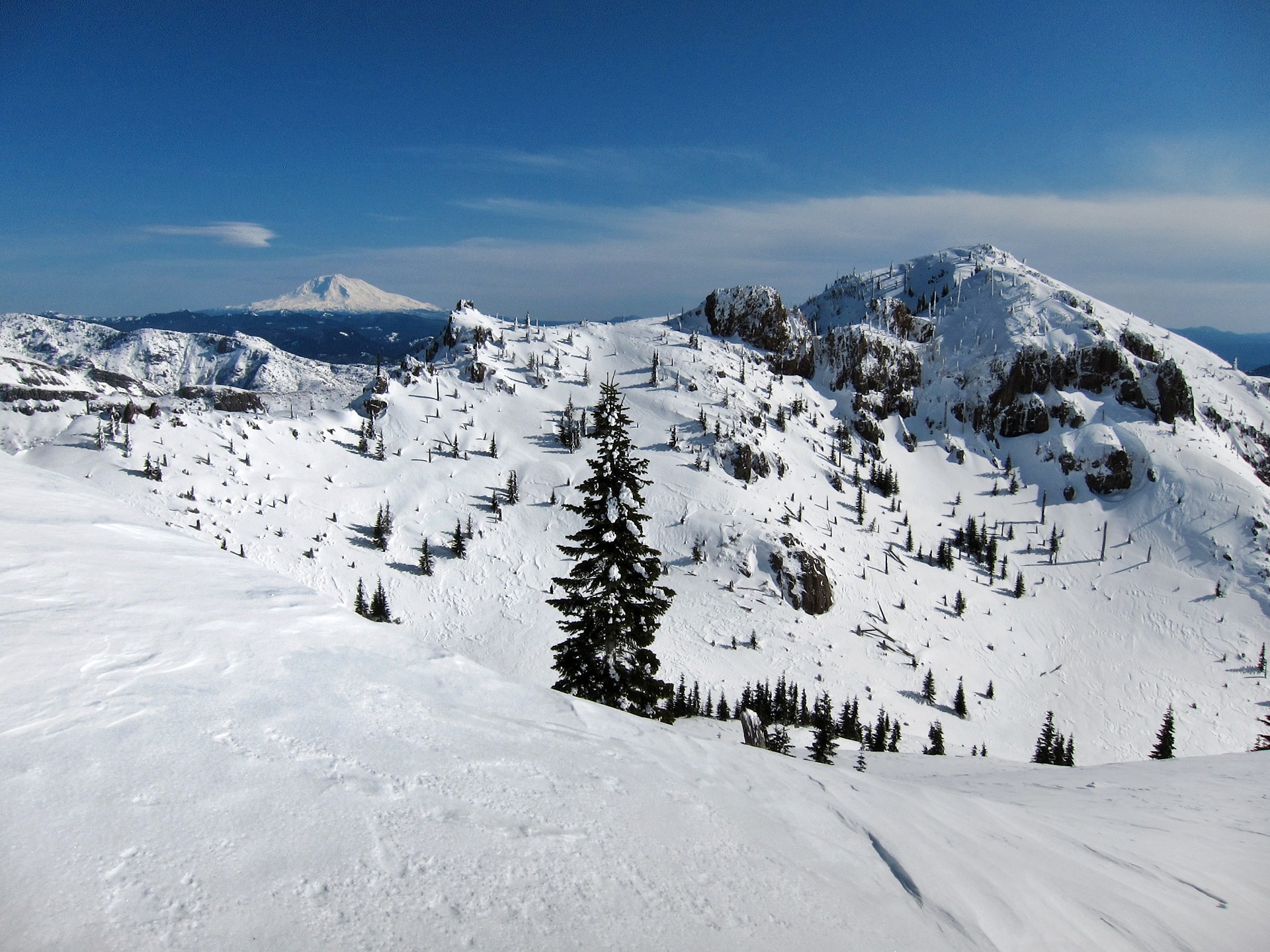 The view from our high point saddle. We had a short traverse of sidehilling to our final destination for the day.

A mostly ok 4 photo stitch panorama of our destination. 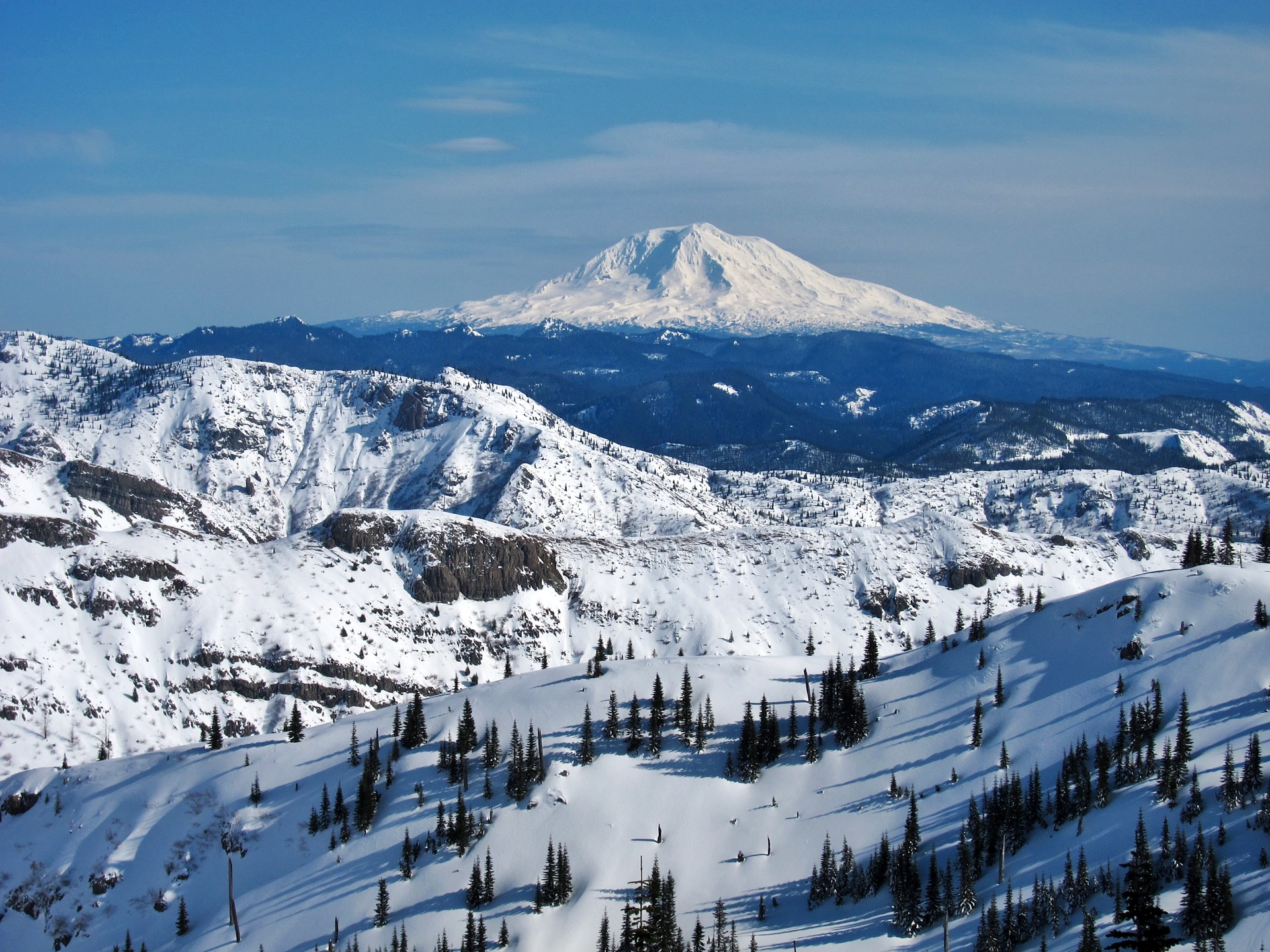 Zoomed in on Mt. Adams from the saddle above the lake. 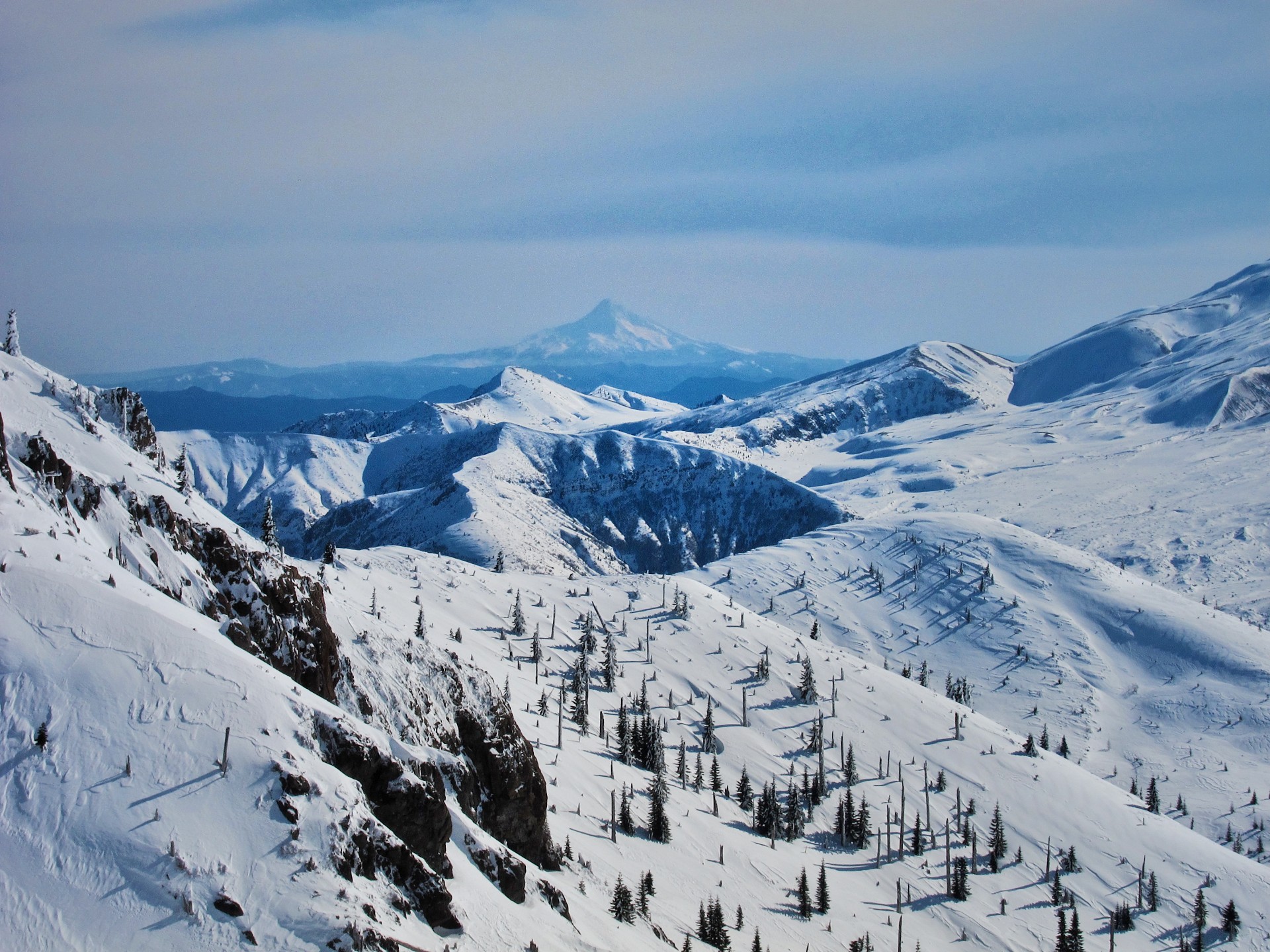 Zoomed in on Mt. Hood in the distance on our return. 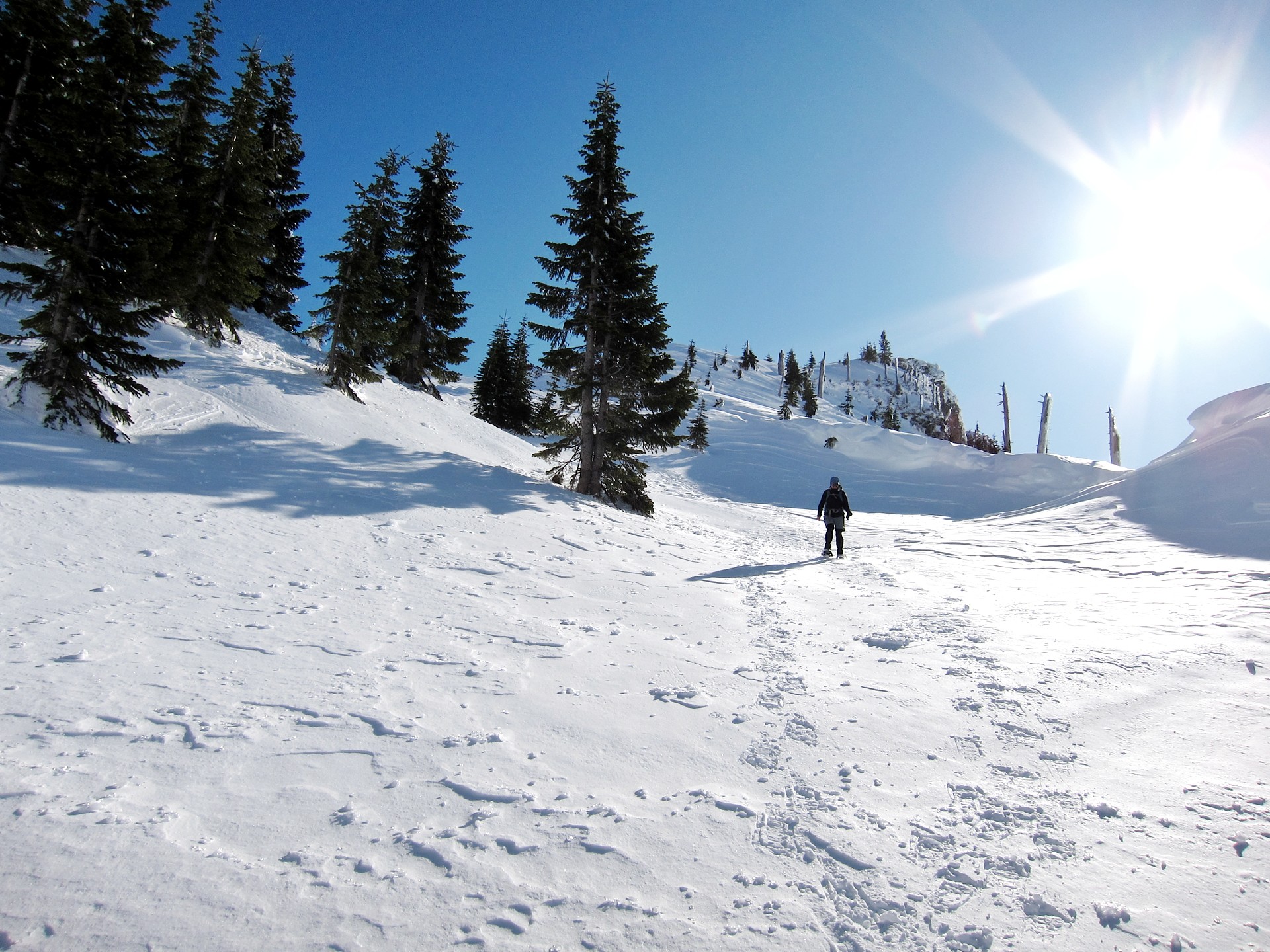 Returning off of the high point saddle. 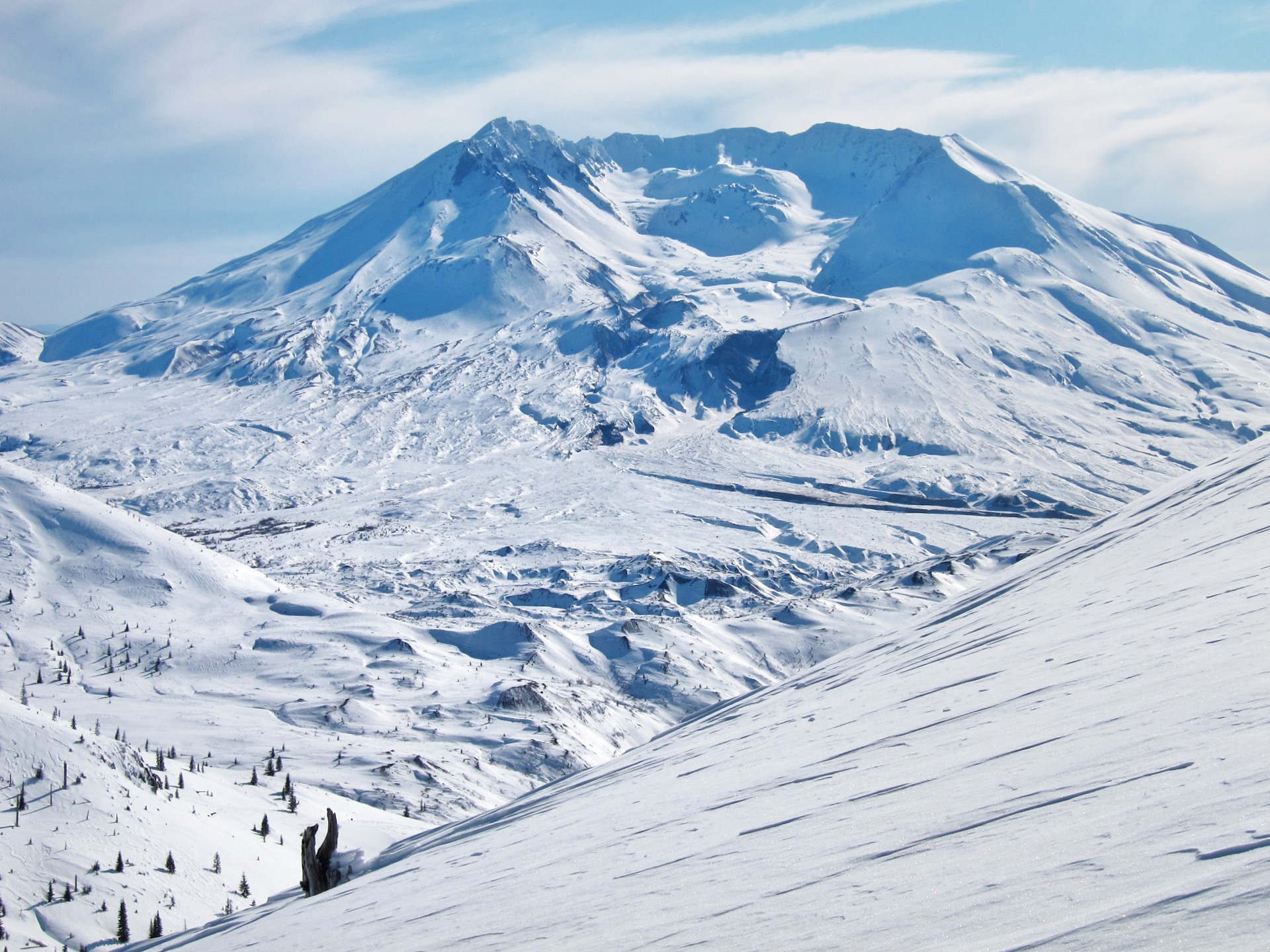 Another look at Mt. St. Helens as the lighting changed during our return. 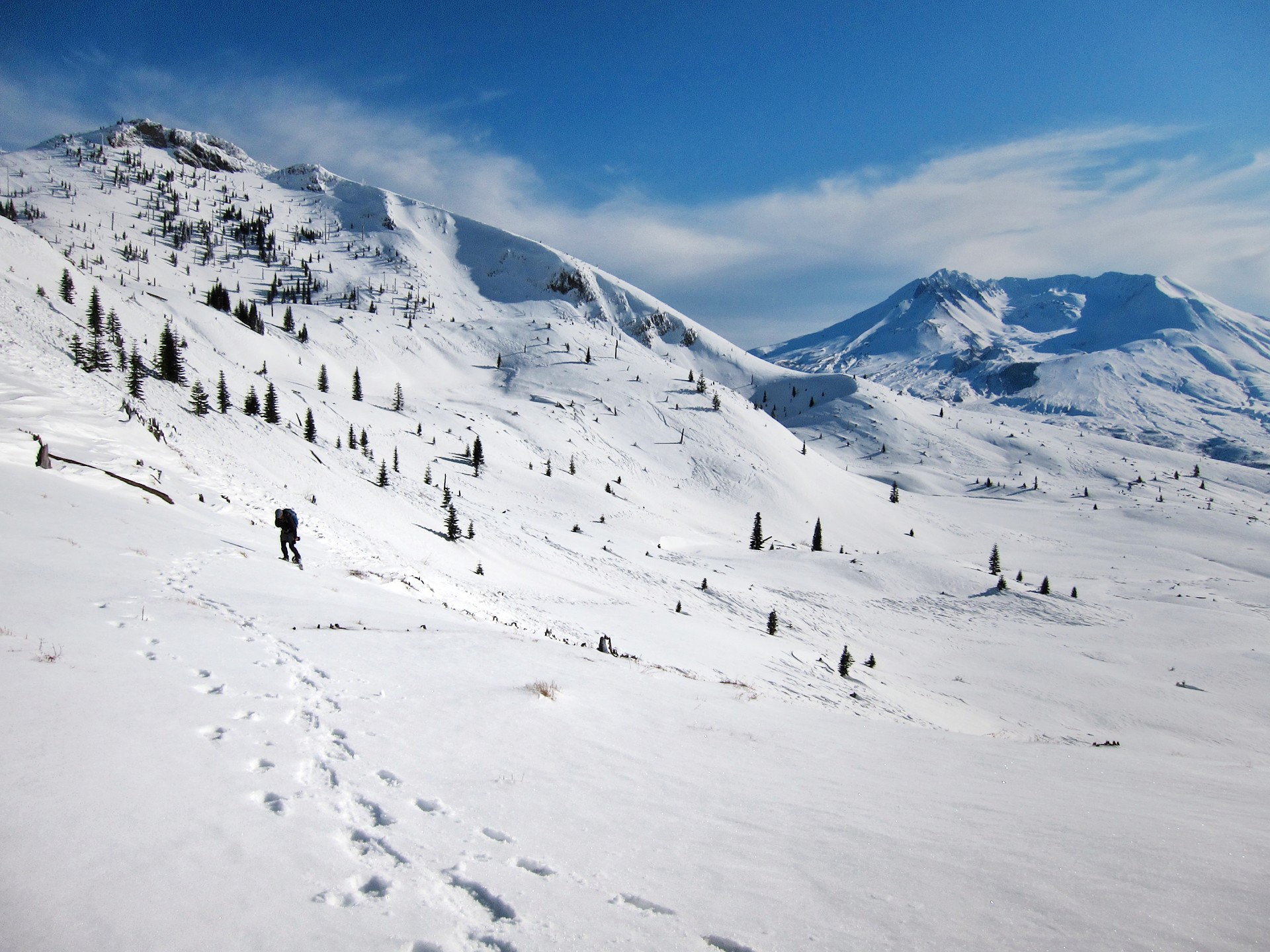 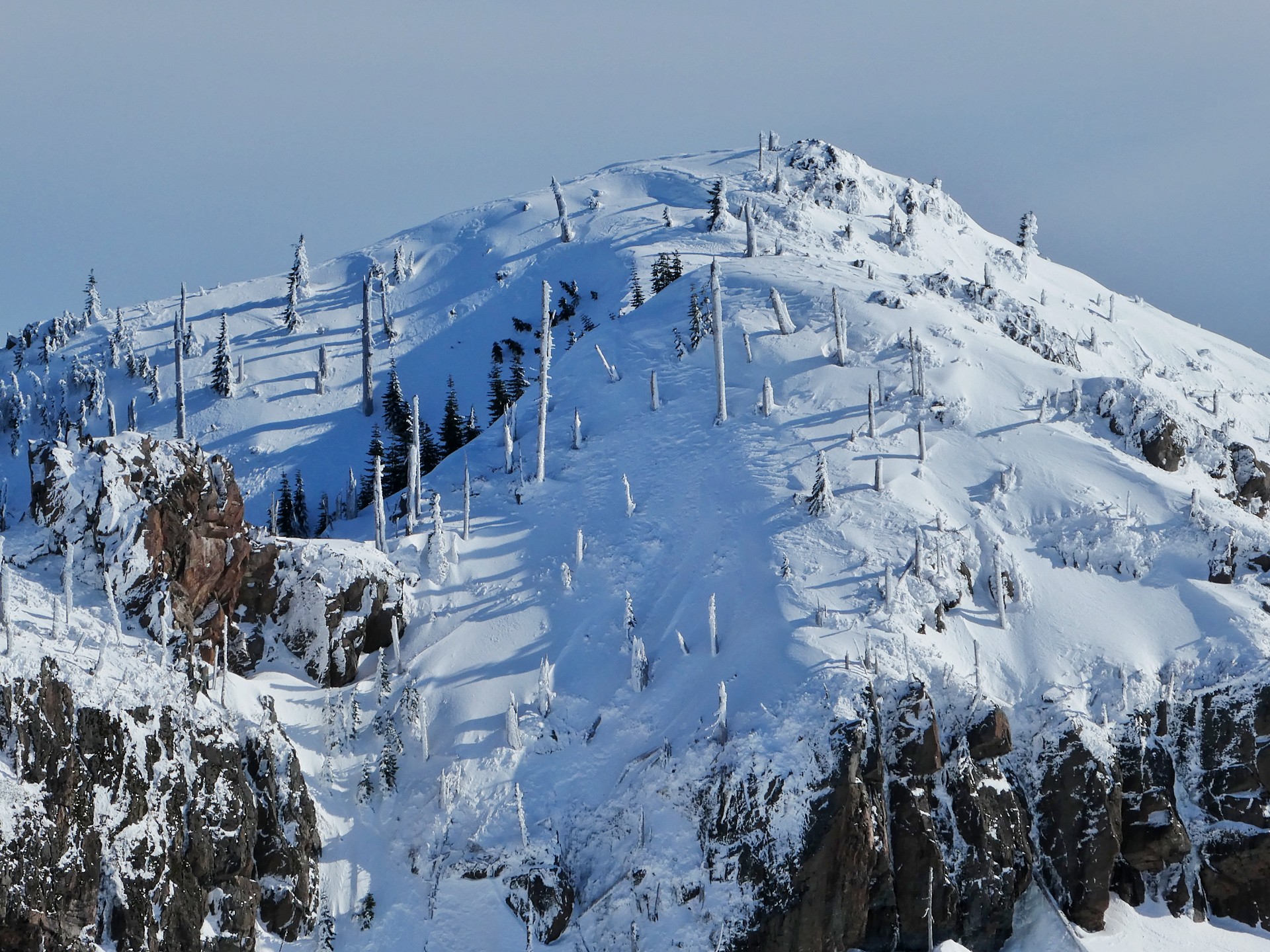 Zoomed in to see the frosted stumps on the mountain top. 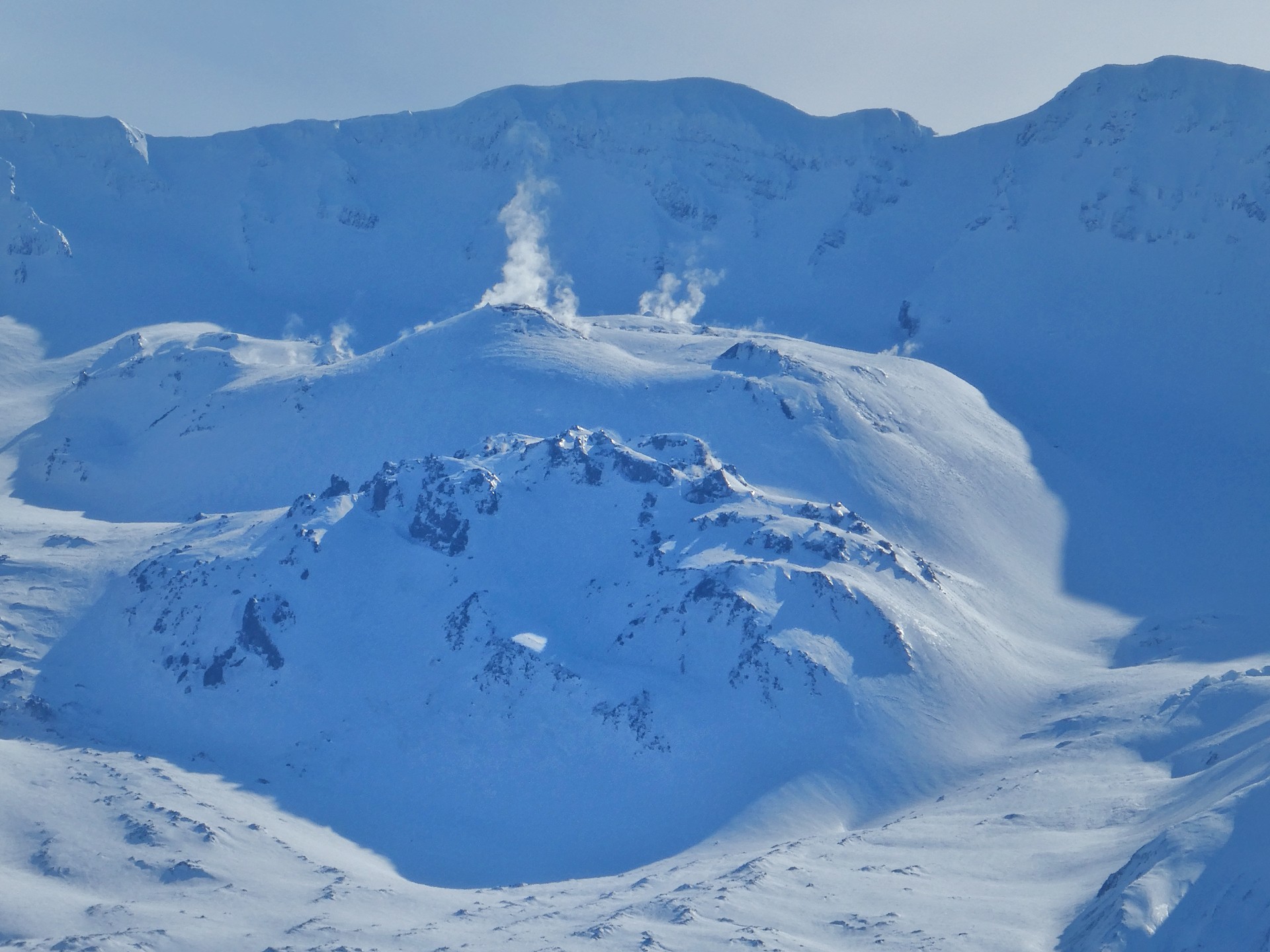 Zoomed in on the crater and steam emanating from the dome. 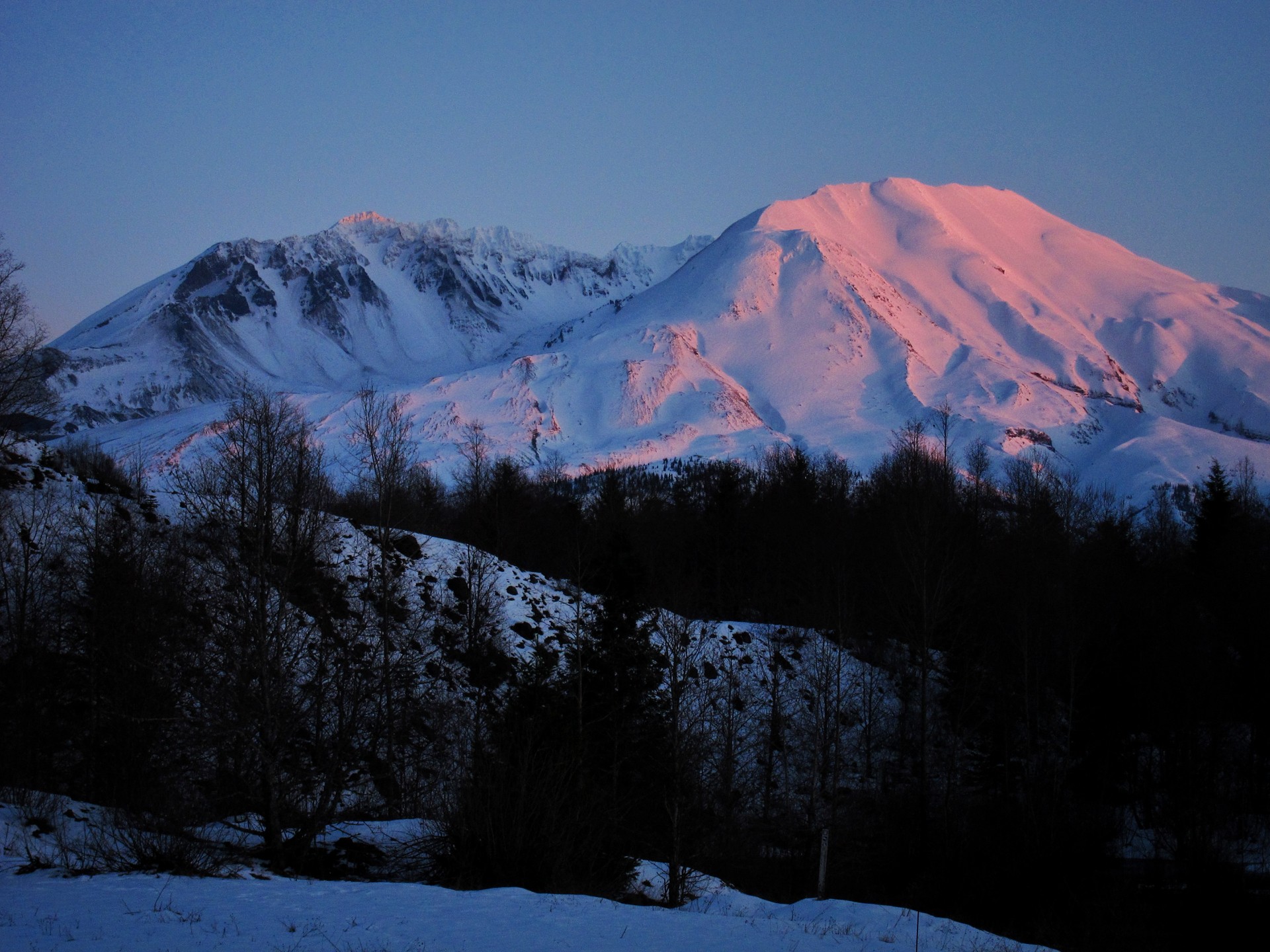 Alpenglow on Mt. St Helens during the road walk back to the car. 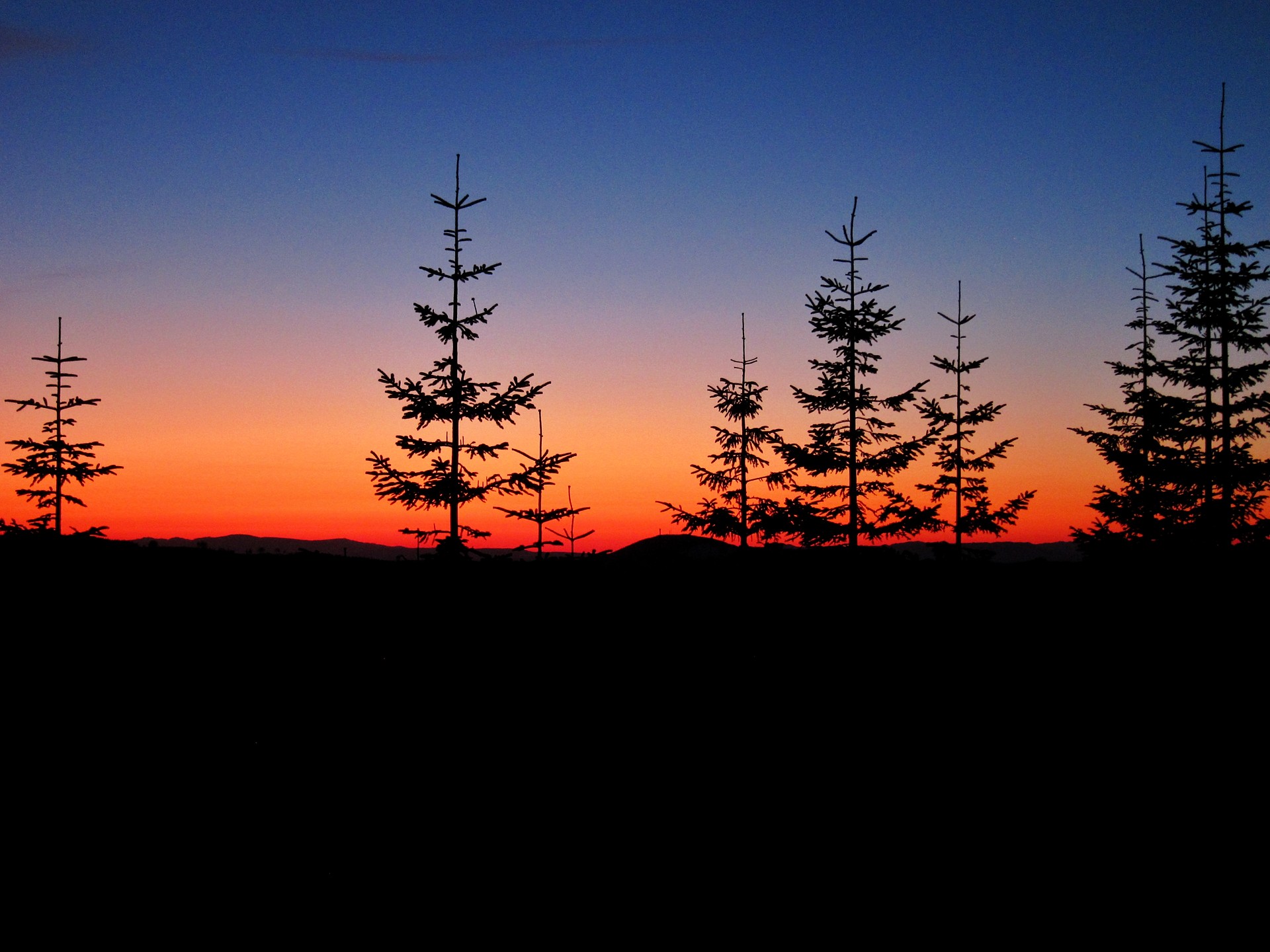 The sunset color was so bright and red as we were driving out! We just had to pull over and jump out of the car for a quick photo. A great ending to a fun day.
Kathy

Spectacular. Thank you for sharing the experience.
Top

That's fantastic, Kathy. I went out there in New Year's Day in 2019, and this year keep meaning to get up there to check out the snow but haven't gotten to it yet. Is the road totally melted out to the gate at Hummocks?
#pnw #bestlife #bitingflies #favoriteyellowcap #neverdispleased
Top

Wow - that looks like an amazing day. Mt St Helens is a such a special place. Truly great photos too. Thanks for taking the time to write up the report and post your pictures.
Top

In the alpenglow pic, the little bonus illumination on the east rim is neat.

With snow coverage and low sun, the alpenglow pic highlights the terrain nicely. So many places I want to go explore.

I can't make out Loowit Falls. Maybe it's just the angle. It flows in winter, right?

Beautiful pictures! I've got to get out there.
Top

That's the kind of adventure I seek. It cleanses the soul to bathe in the snowy sunny day. Excellent work!
Top

Great pictures. That's a trip that would stick in one's memory for many years.
Top

Bosterson wrote: ↑
February 23rd, 2020, 6:07 pm
That's fantastic, Kathy. I went out there in New Year's Day in 2019, and this year keep meaning to get up there to check out the snow but haven't gotten to it yet. Is the road totally melted out to the gate at Hummocks?

Bosterson, thanks. The road up to the gate was pretty much all melted out by the time we left, maybe just a small patch or two of ice. That road past the gate to the South Coldwater TH had pretty much completely melted out upon our return, too. All of the snow in the photo was gone.

In the alpenglow pic, the little bonus illumination on the east rim is neat.

With snow coverage and low sun, the alpenglow pic highlights the terrain nicely. So many places I want to go explore.

I can't make out Loowit Falls. Maybe it's just the angle. It flows in winter, right?

I didn't notice the bonus illumination on the east rim. Thanks for pointing that out, Chip.

I've enjoyed reading your trip reports of your visits to various spots on Helens. It's such an interesting area. I've been up the old Butte Camp route and have a few other routes in mind for this coming year.

I'm not sure any of my photos will give a good view of Loowit Falls. One of the head on shots of the breach area would be the best, but it's not zoomed in enough. It would be a great trip to go to Loowit Falls at this time (I think it flows in winter). I've had the idea to cross country ski the road to JRO and then snowshoe to Loowit falls from there. Maybe if we get more low elevation snow, I will give it a go.

Funny that you mention the snowshoes. My friend had forgotten her strap for them that she uses to tie them on the pack and the side by side thing was just out of necessity that day.


johnspeth wrote: ↑
February 24th, 2020, 5:42 am
That's the kind of adventure I seek. It cleanses the soul to bathe in the snowy sunny day. Excellent work!

It was a great one. We've had so few sunny days this year up until now, so I had to take advantage!

I have hiked the trail many times in early spring with varying snow depths present at various places along the route, but I had never made it out there for a true winter outing, with snow from the start. It was an excellent day and one I will remember, for sure.

Thank you everyone, for all of the kind comments!
Kathy

Mountainkat, May I get a confirmation of your route?

You parked near the closed road gate near the Hummocks trailhead. You walked about 2 miles along the road and then left the road heading left to climb the ridgeline to the saddle between the rock arch on the Truman trail and Coldwater Peak. The saddle is near the intersection of the South Coldwater trail (230) and the Truman trail (207). Is all that correct?

My plan is to basically retrace your route but use a bike to get up the road fast. My concern is getting stuck on the wrong side of the ridge that peaks near the rock arch. I don't think I'd want to travel in that area with snow. I would anticipate danger in that area that is best avoided.
Top
Post Reply
17 posts