Assuming any people who hike in the Gorge actually read this forum anymore rather than FB ("signs point to no"), the Executive Summary is that the snow in the eastern Gorge right now is AMAZING and very deep and you should go, right now, before the weather window closes at the end of the week.


I got a late start at HC TH (10am) and was Woefully Underprepared™ with just my trail running kit and no snowshoes.
I met a nice fellow, Brad, whom I chatted with going up lower Nick Eaton. Minor snow started ~ 2000 ft. We parted ways at the Gorton cutoff junction. Snow conditions going up to the crest of Nick Eaton at 4k were very nice. 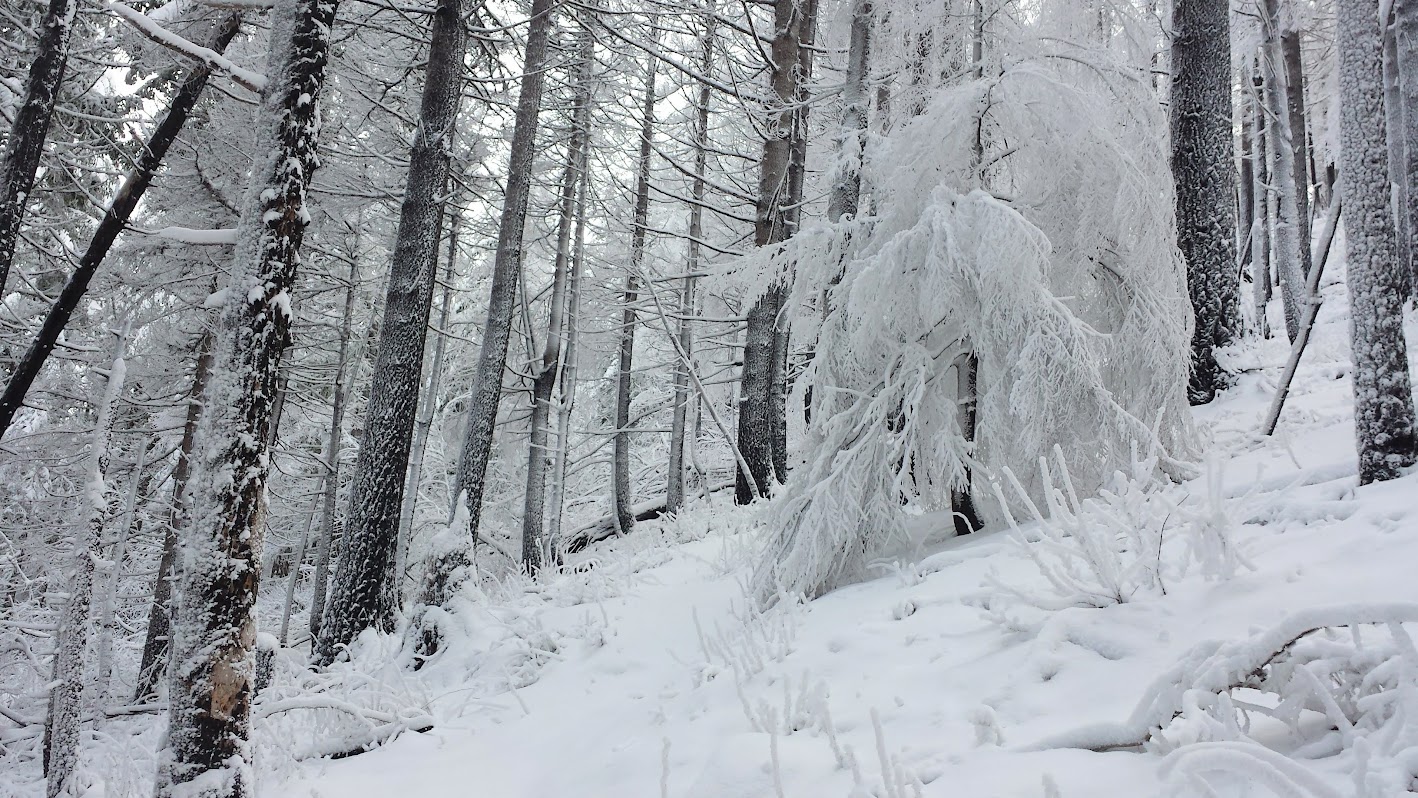 Intermittent sunshine on Nick Eaton. Everything was nicely rimed. 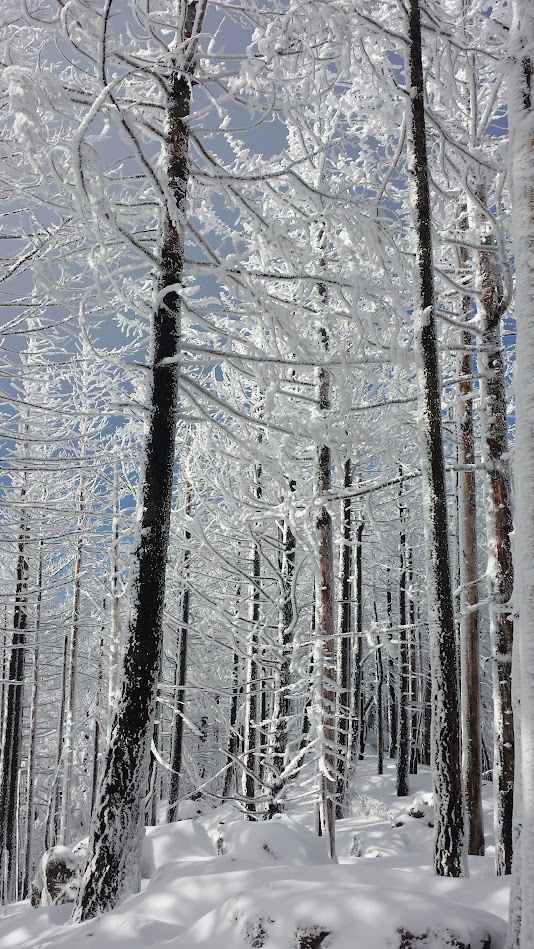 The highpoint of Nick Eaton, right before it meets upper Gorton Creek.

I got up onto the GP platter and started breaking trail in sort of a diagonal, since being "on trail" was irrelevant. I was postholing up to my shins or low knees. 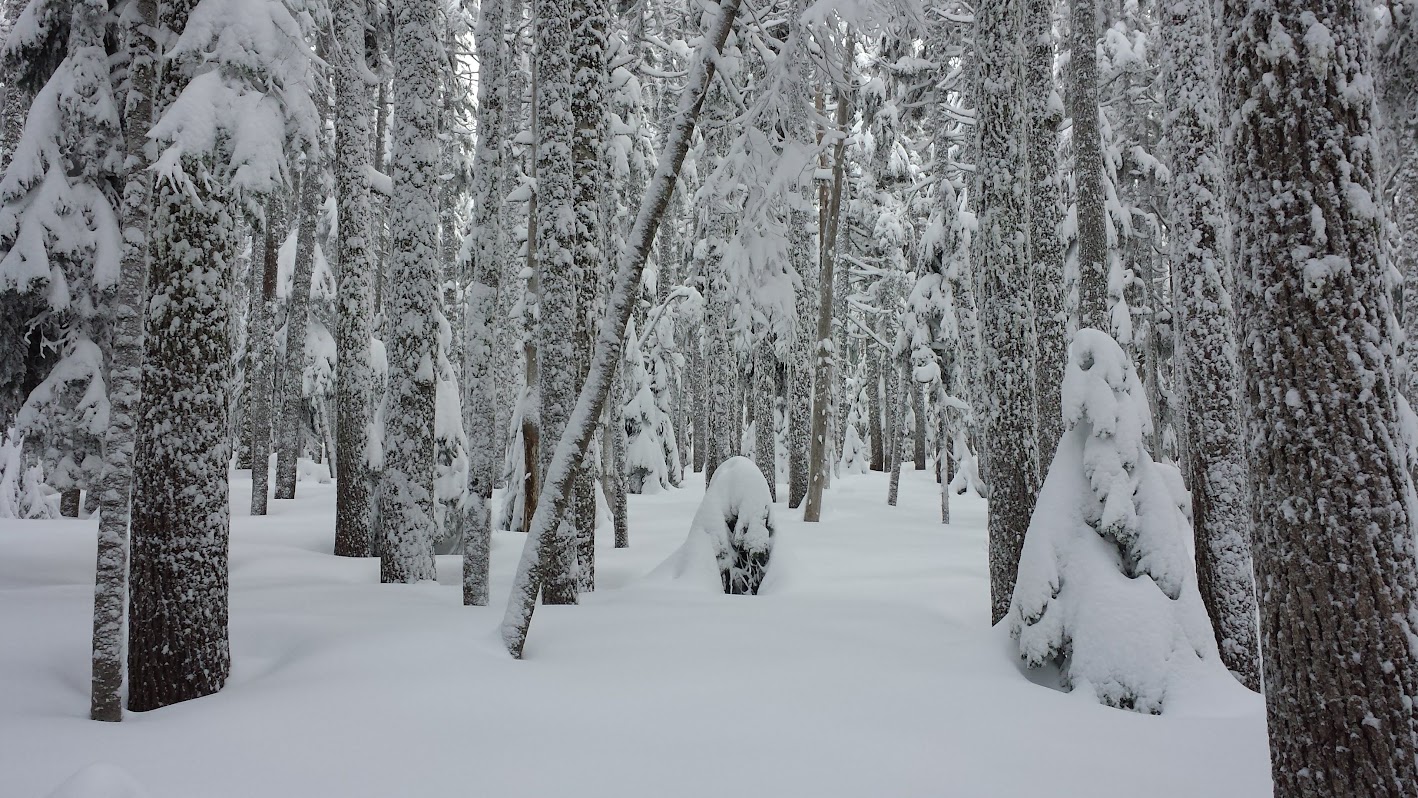 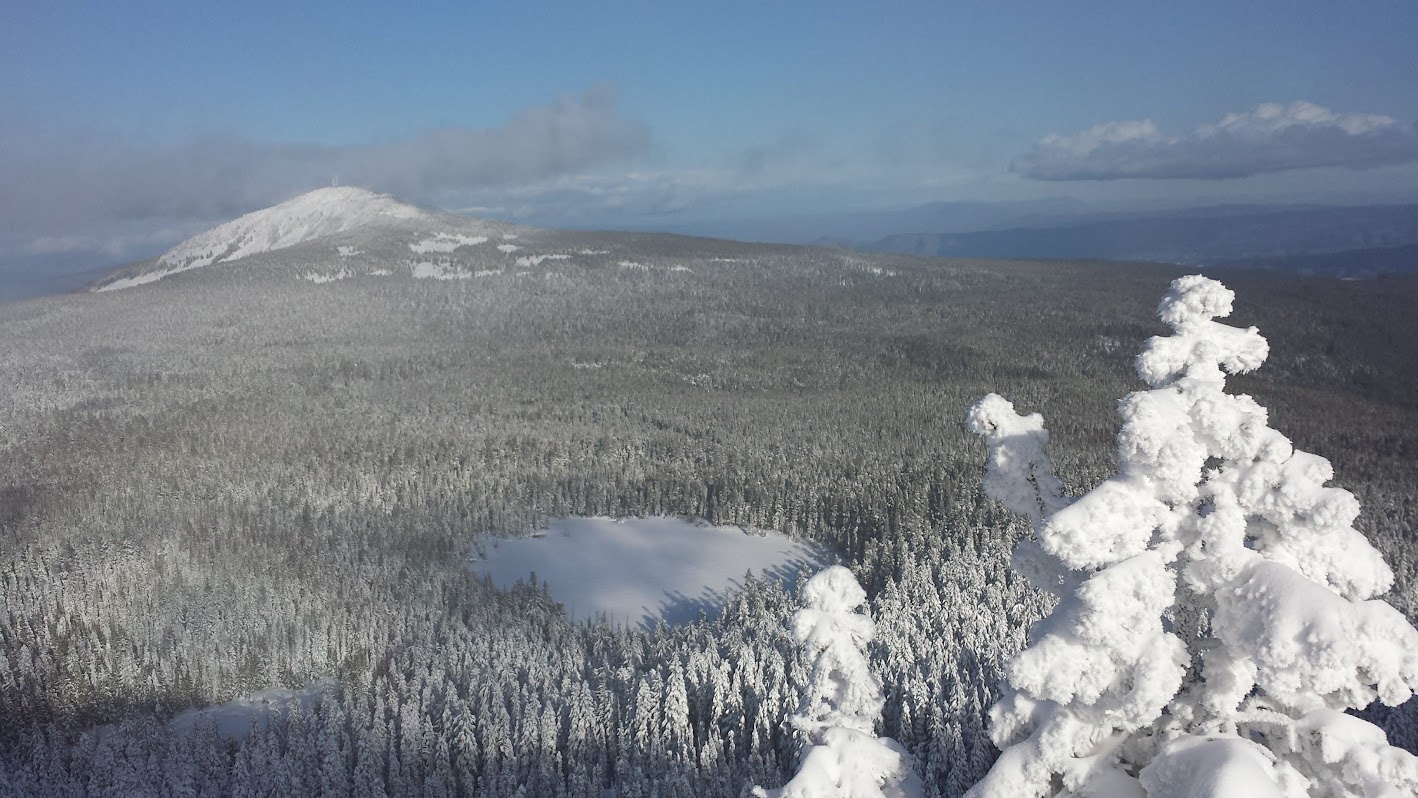 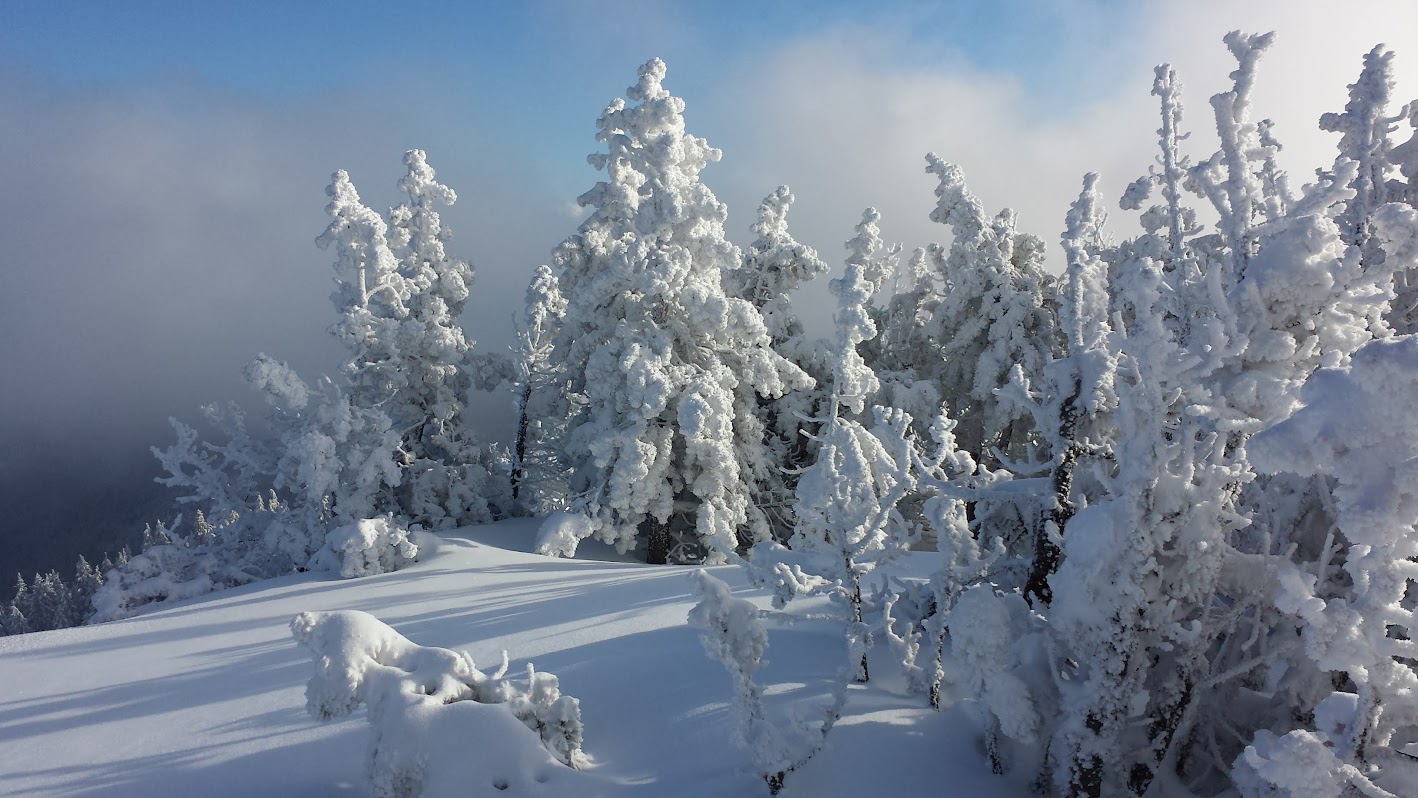 I continued south from the summit for a little bit, until the scrub trees spit you back into the taller forest, and then turned right and went straight down the west face of GPM until I reached the Herman Cutoff trail. This is a fantastic shortcut in snow - big plunge steps keep it easy and safe, even when the slope gets pretty steep.

Looking over at Tomlike from a talus field on the Cutoff.

Getting back down to the HC trail, I ran the ~ 7mi back to the car and finished just after 6, winning the headlamp game yet again. Truly a spectacular day out, and by far the best snow I've encountered all winter.

It looks like the next couple of days should be clear and perfect weather, and it's cold enough up there that the snow conditions likely won't change. I broke the trail all the way to the top, so go get it!

I probably won't "go get it", but many thanks for the rime shots - as always.
Top

Well, I for one, read the forum every day. I'm not on FB and never will be. I enjoy all the TRs especially since I haven't been able to get out and hike since last spring. Been recovering from a fractured spine. It's all healed, now I'm working on building my strength back up.
The snow looks amazing, unfortunately I'm only able to see your first three pictures. The rest aren't loading for some reason. It just says image where the picture should be. Wish I could see the rest of them.
Top

Keep posting! There's a larger audience here than you think!

I am not about to stop doing TRs here - I was making a joke about whether anyone would read this TR before the snow conditions had changed. (You do have to admit this forum is mostly dead.


Limey wrote: ↑
February 18th, 2020, 9:08 am
The snow looks amazing, unfortunately I'm only able to see your first three pictures. The rest aren't loading for some reason. It just says image where the picture should be. Wish I could see the rest of them.

Weird, looks like Google photos hiccuped. I redid all the image links and I think it should be working now.
#pnw #bestlife #bitingflies #favoriteyellowcap #neverdispleased
Top

It's all good to me - FB, here, whatever

And sometimes thing die, although it seems like this site offers useful information, I'm rooting for it to continue. The field guide also.

I'm a bit embarrassed I have so many posts, I should get a life

Thanks Bosterson, I can now see all the photos. Great rime pic.
Top

Still here, Bos! I think it's an issue with volume you're seeing... Folks read where there's stuff to be read.

Looks lovely up there! So happy the base is finally almost walkable. Carried the blasted snowshoes for 17 miles the other day. Mixed blessings, huh?

Thanks for the report! Seems like this time last year I was post-holing up to my thighs near there, even with snowshoes. Does that mean there's less snow, or just that this year's snow is better consolidated?

(And - to point out the self-evident - I'm still here, though less so than I once was. I think FB's part of it, though there have also been a few odd management decisions here that probably thinned out participation from some of the regulars. Maybe we'll still get the Oregon-based WTA we deserve, though I wonder if it'll be here.)
Robin

Very nice snow pictures. Wished I had stopped and taken more snowy tree photos when I used to snowshoe. I always went for the view pictures. The snowy forest in favorable light looks so inviting...the mercury in the thermometer tells a different story.
Top
Post Reply
23 posts