Happy spring, everyone! It must be spring, since there's less snow on Defiance than there was a month ago.

Shoprunner and I got a DN-approved "after brunch" start at noon-o'clock. Conditions going up Starvation were pretty sweaty, with frosty inversions mixed in for spice. There was some new snow up at the top of the gully under the Mitchell Pt trail, but it was uncharacteristically wet for Defiance. 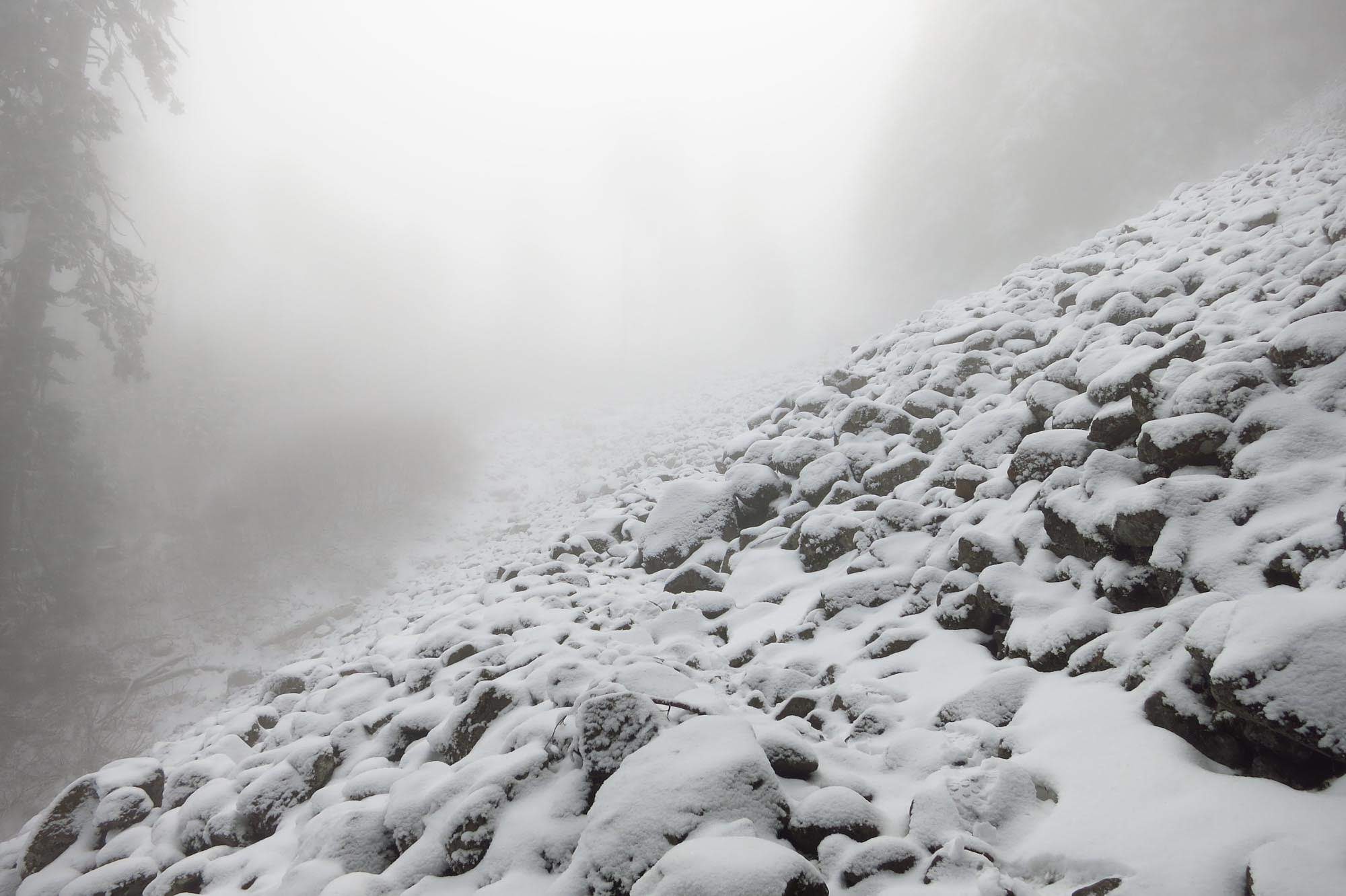 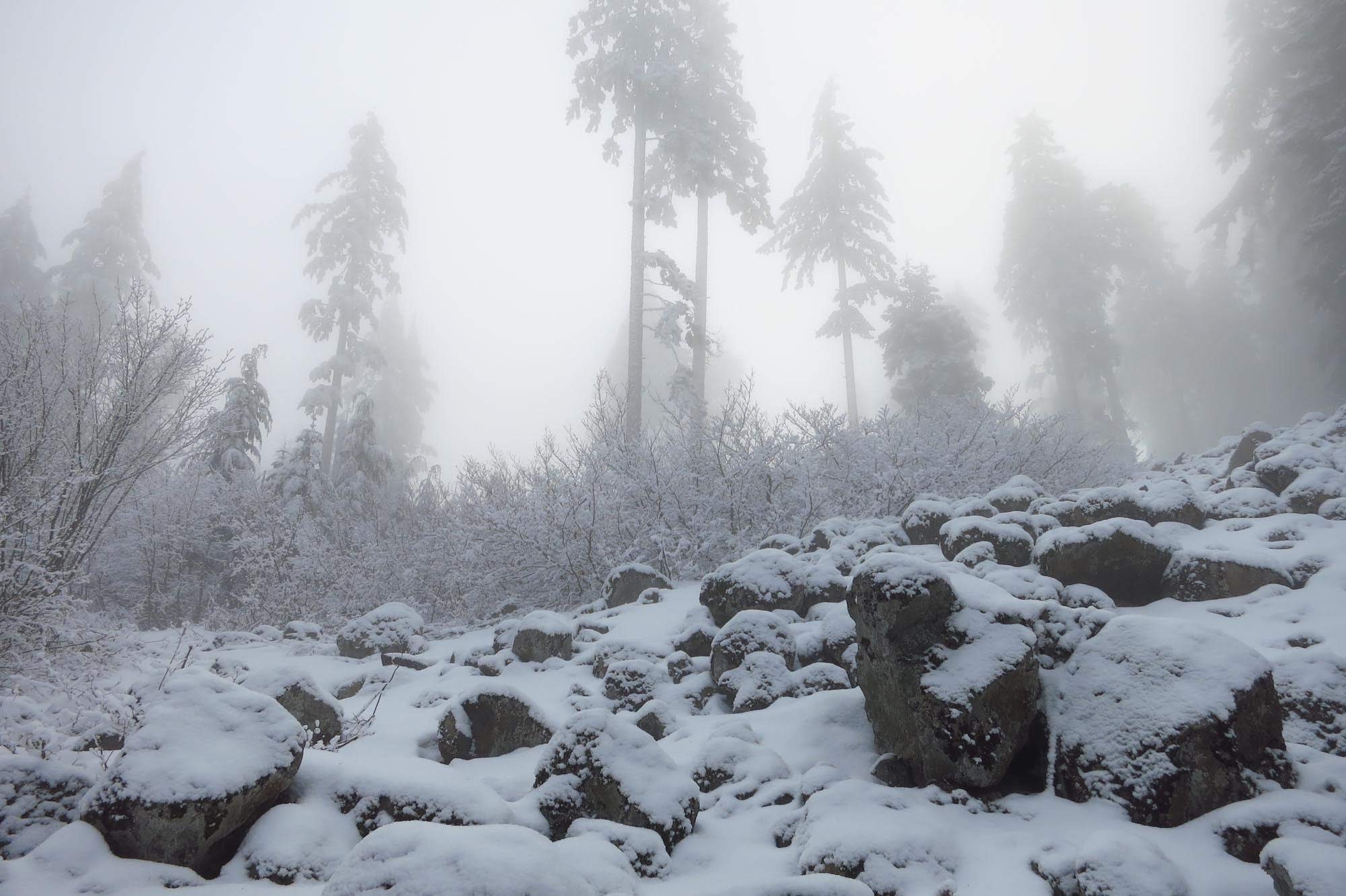 Rime sculptures on the plateau east of Warren 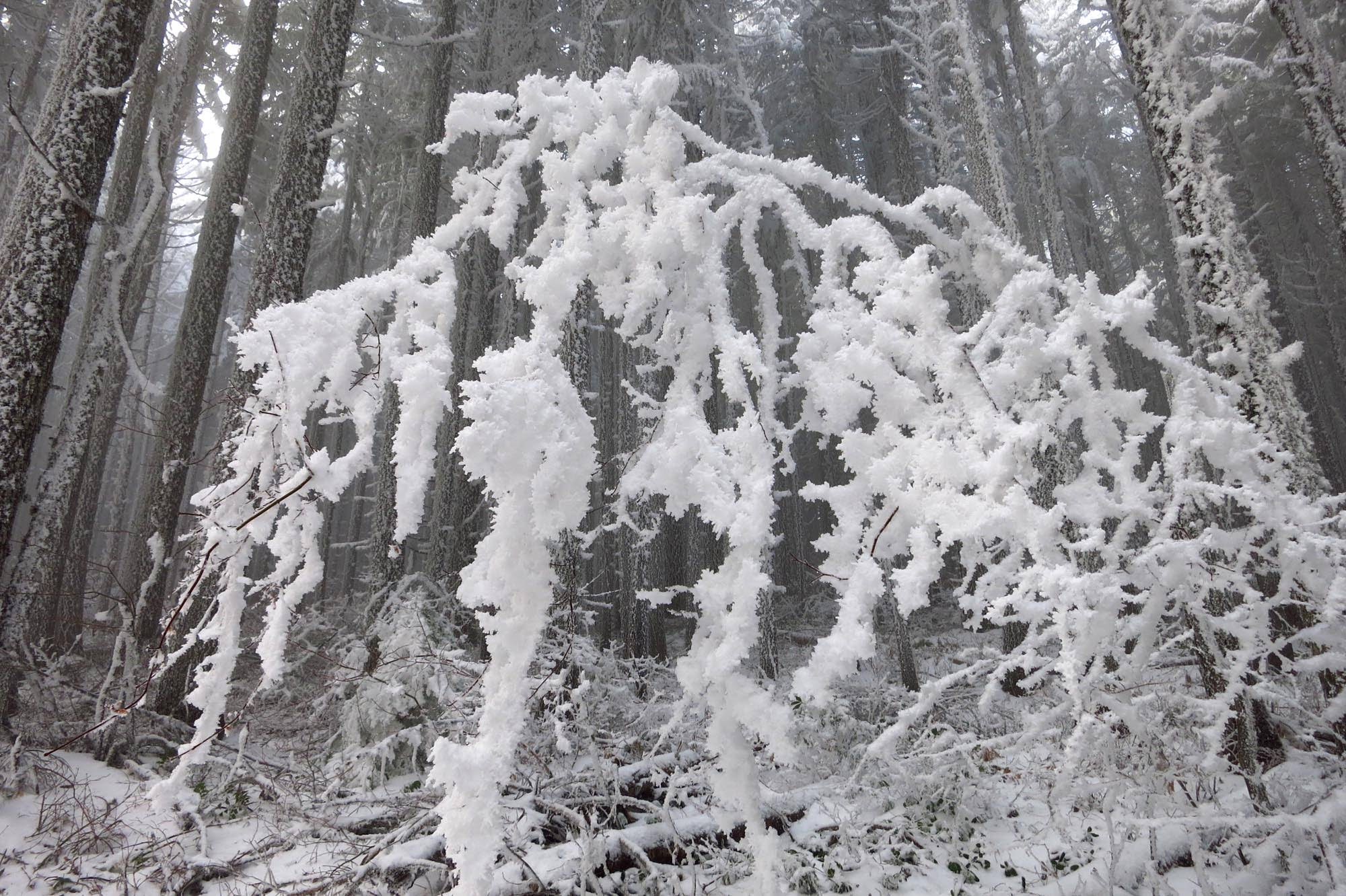 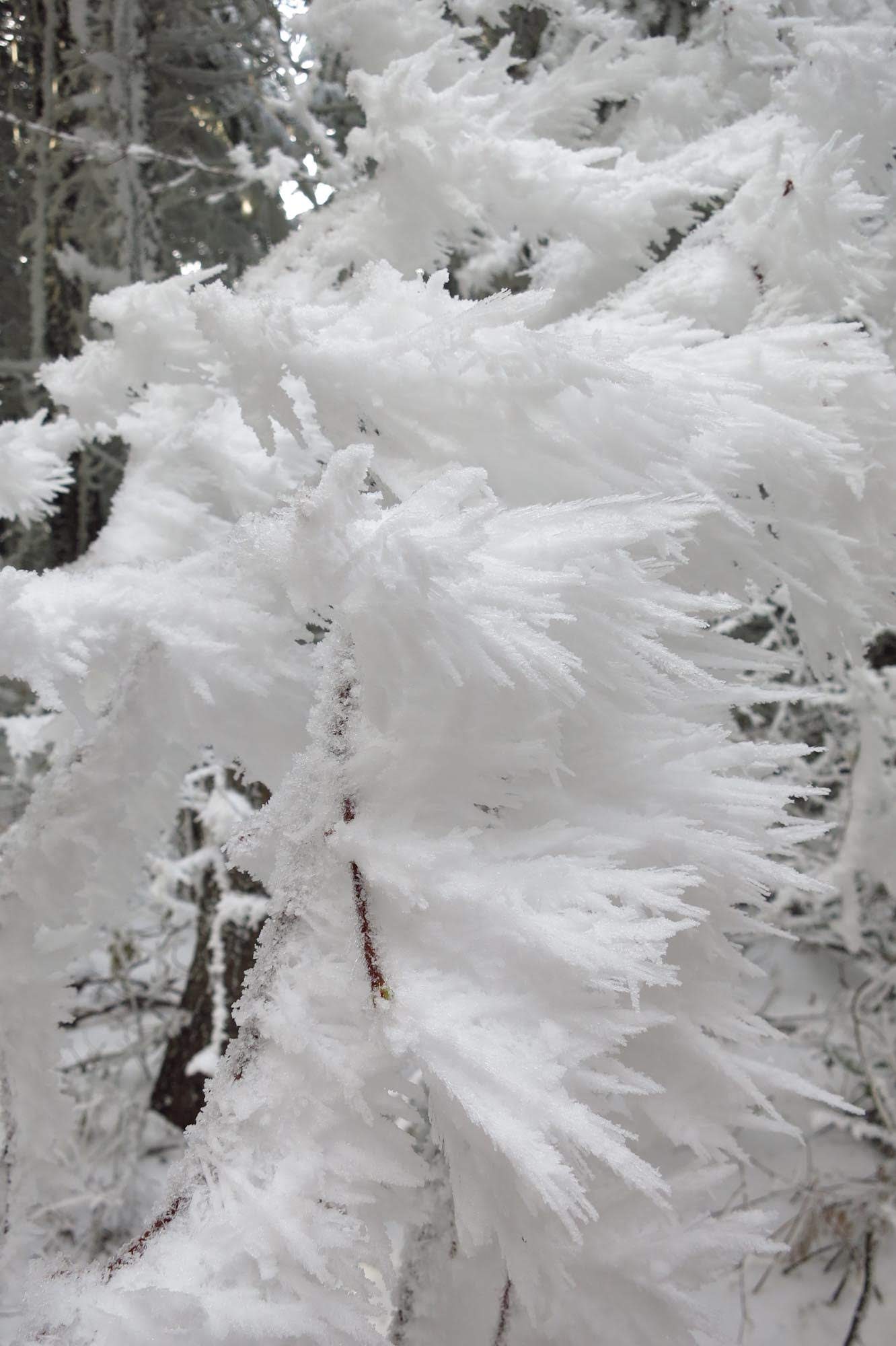 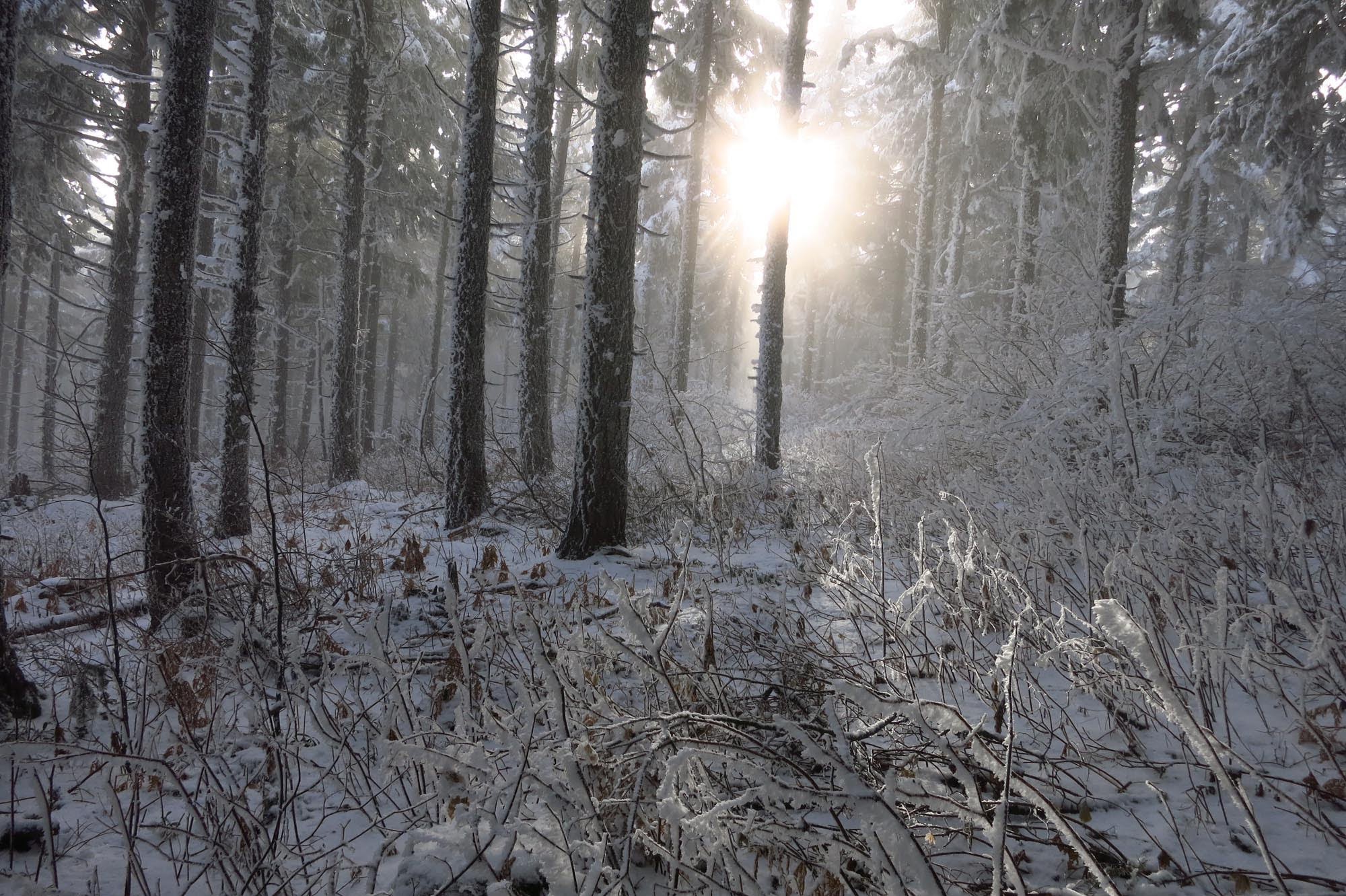 A frozen Warren Lake was covered by some new snow. 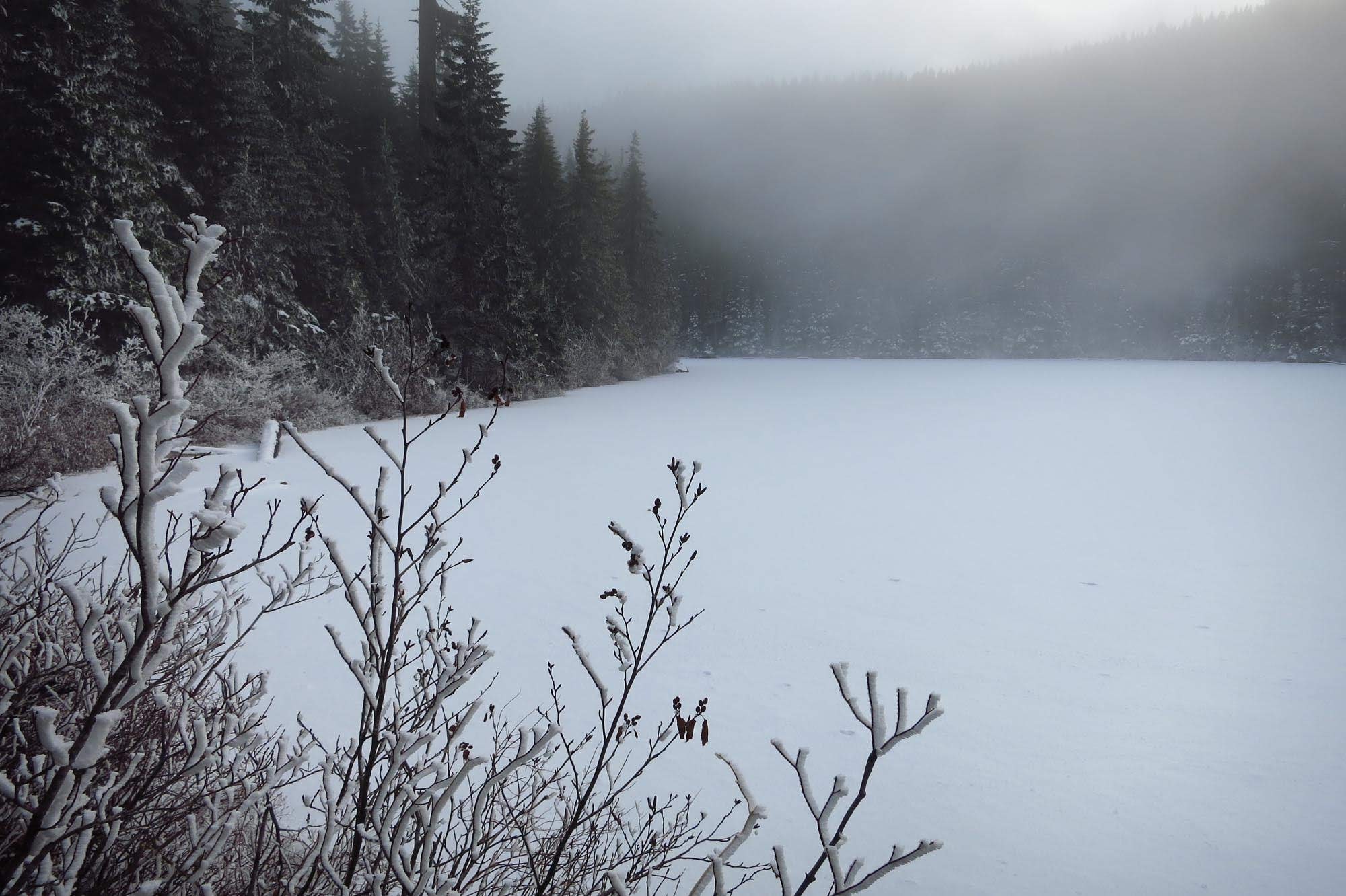 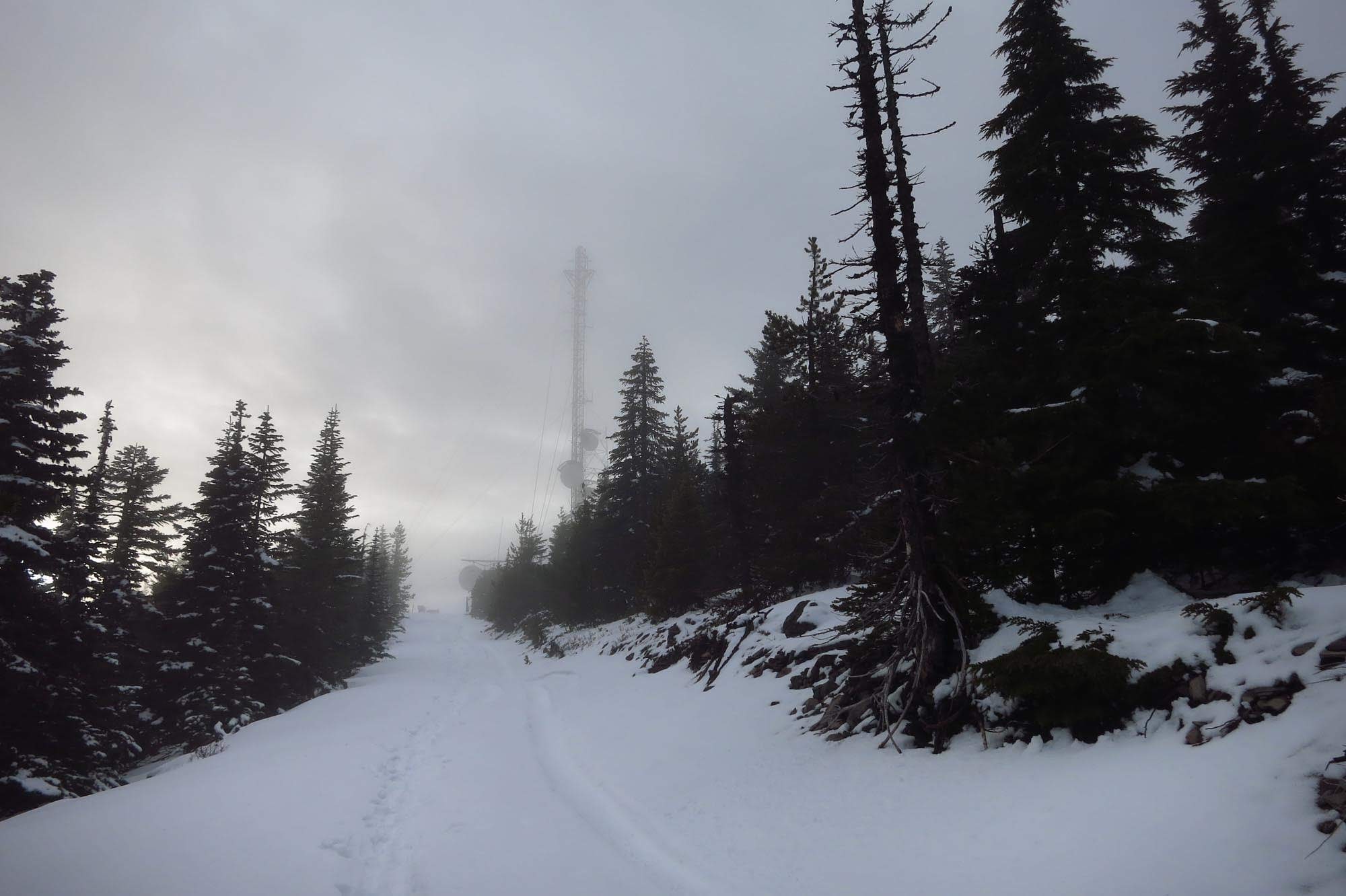 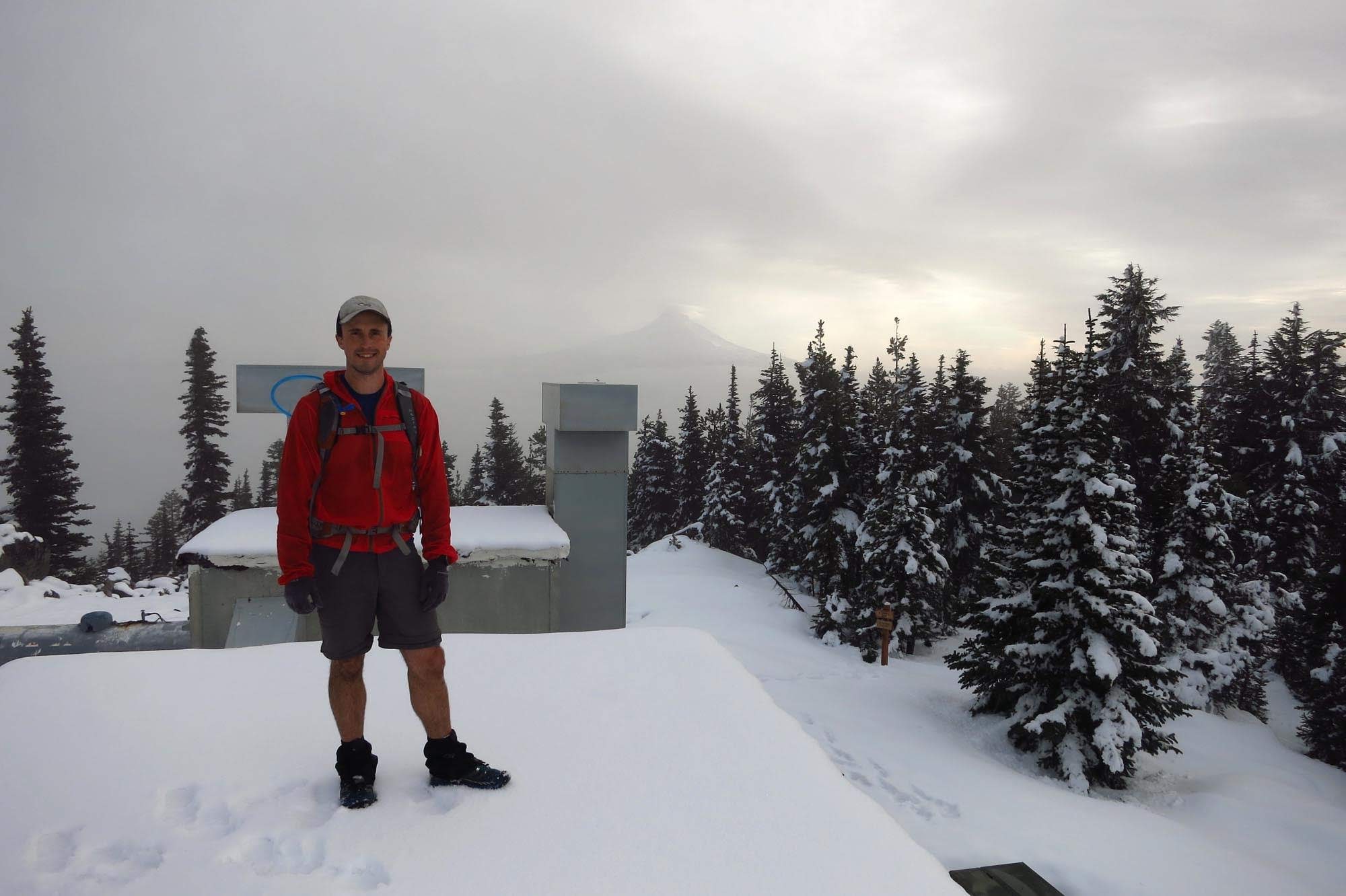 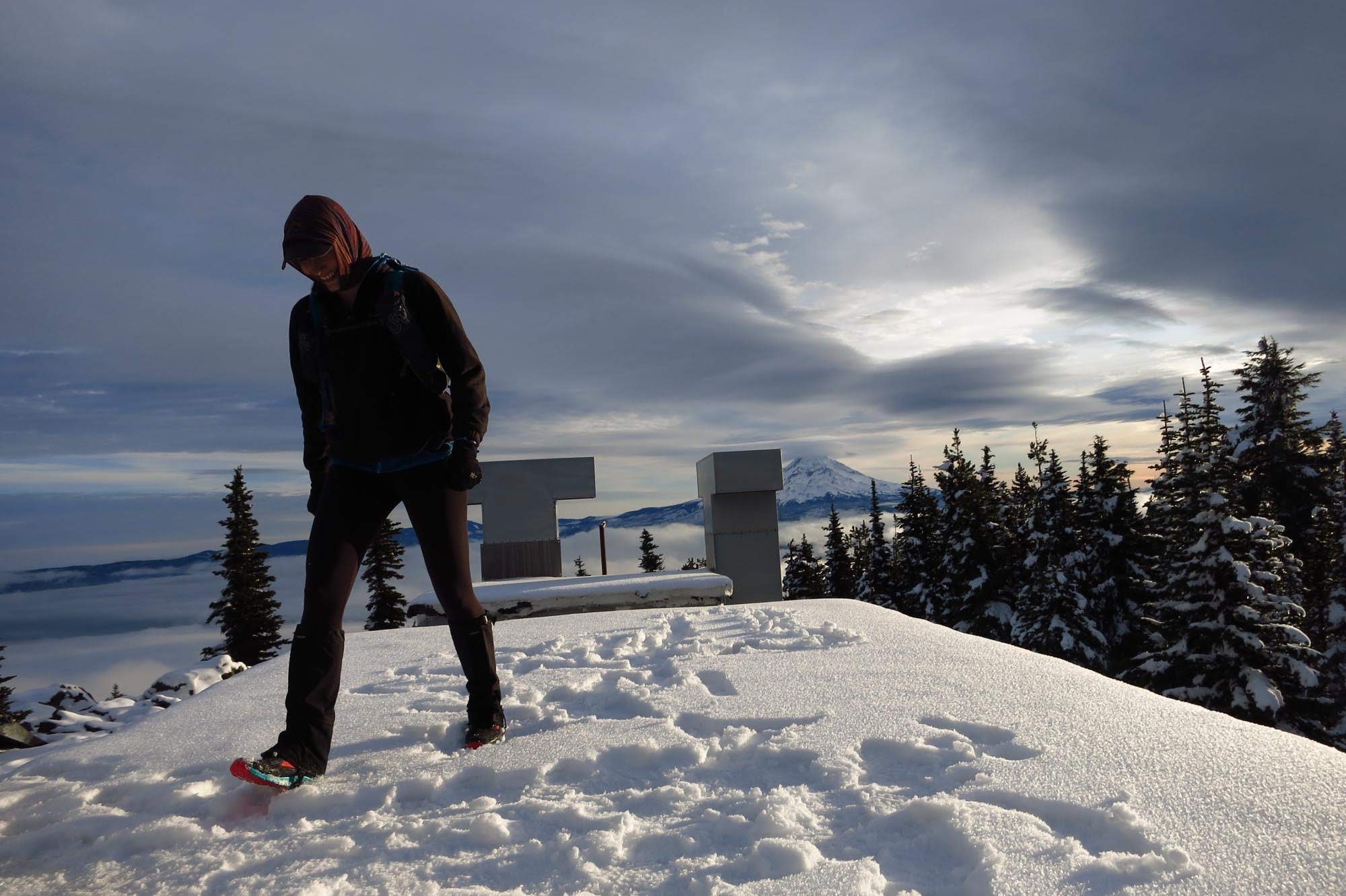 We both wore unwaterproof trail runners. (Note: I can neither confirm not deny whether the previous two photos were taken on top of a building.)

Peek of Helens through the clouds. 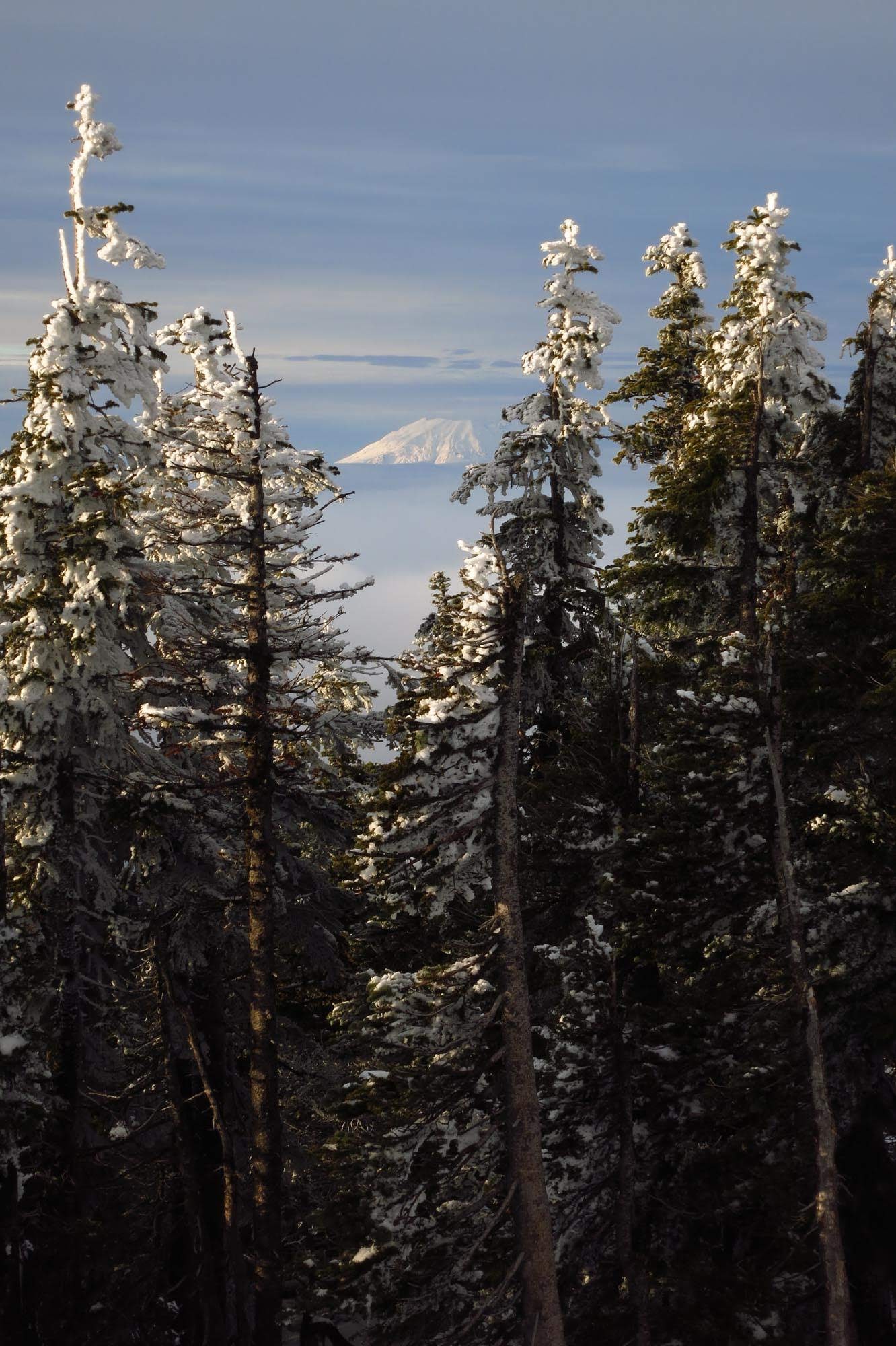 There was a solid bootpath from the summit all the way down the Defiance trail until the snow thinned into only a light dusting, then increased again in a frosty section, then disappeared before the Breather Flats. We ran down the trail playing the headlamp game, and managed to win it this time - back to the car around 5:20pm, no headlamps. We also played the Microspikes game, which Elisabeth promptly lost high on the Defiance trail, then lost again when she had to stop to take them back off later.

Summary: It is even less snowshoe season on Defiance than it was a month ago.
Will hike off trail for fun.
Top

Once again, you've spared me the trouble of trudging up there to check on Warren conditions

.
I have a "fun" hike planned for that area, but the next good weather day might be after the next big snowfall. Oh well, I'm patient.

Do you ever go all the way to the top, or just call it quits at the radio towers?