Looking for a full value day, I decided to do Chinidere and Tomlike from Herman Creek. Elisabeth came Woefully Unprepared™ in her running costume; we decided she had negative margin. She said the snow line had been "high" as of yesterday, so I left the snowshoes in the car. Luckily, Santa gave us some "winter" this morning: there was a dusting from last night by the time we reached the PCT (ie, 1000 ft), and we were greeted with flurries on the PCT switchbacks. But the snow barely covered the trail, and there was no snow deeper than ankles for the whole day, meaning snowshoes would have been dead weight and we chose wisely to leave them behind.

Up on the Benson, my first time up there since the fire. The east side of it is unchanged. 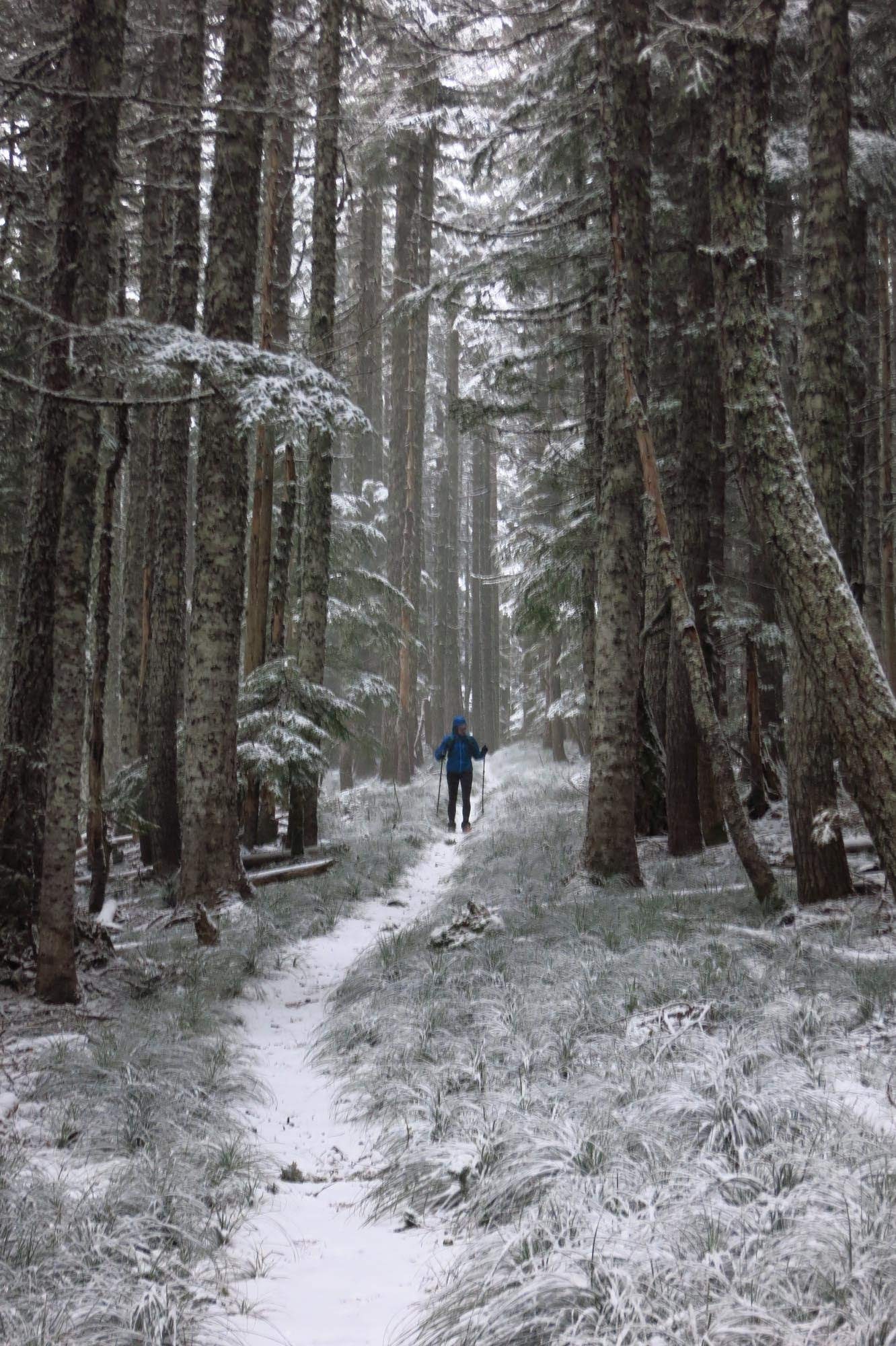 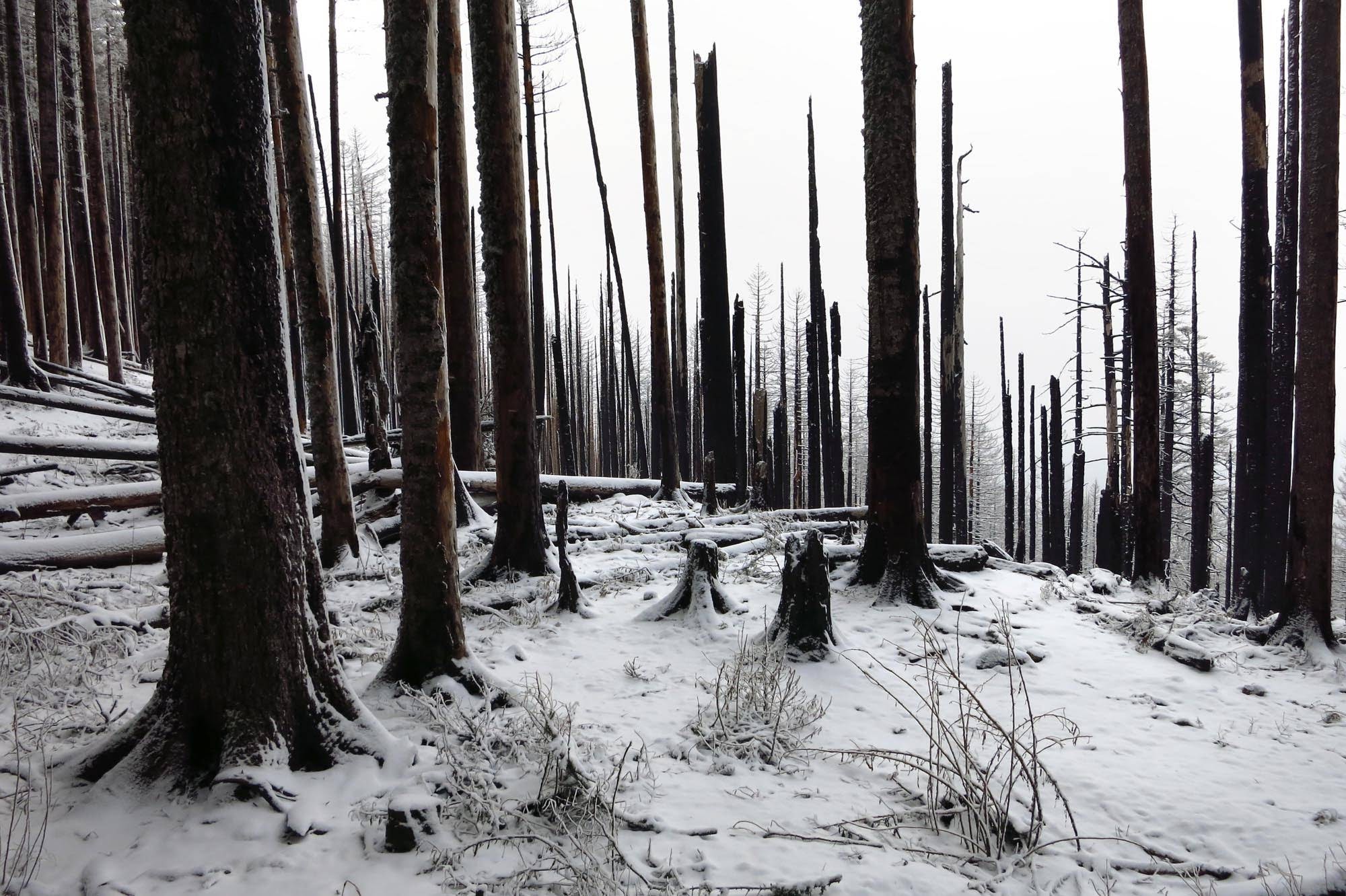 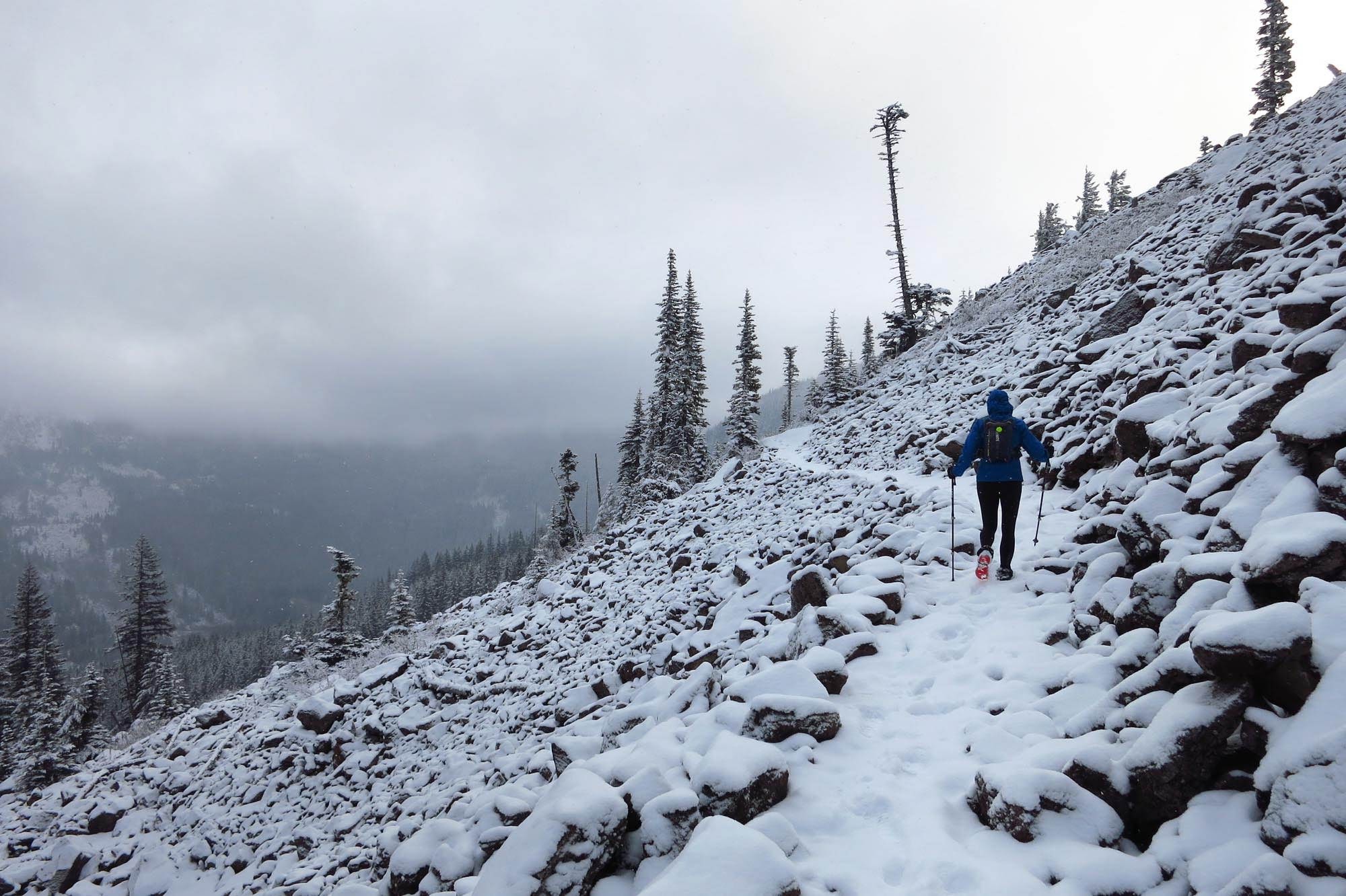 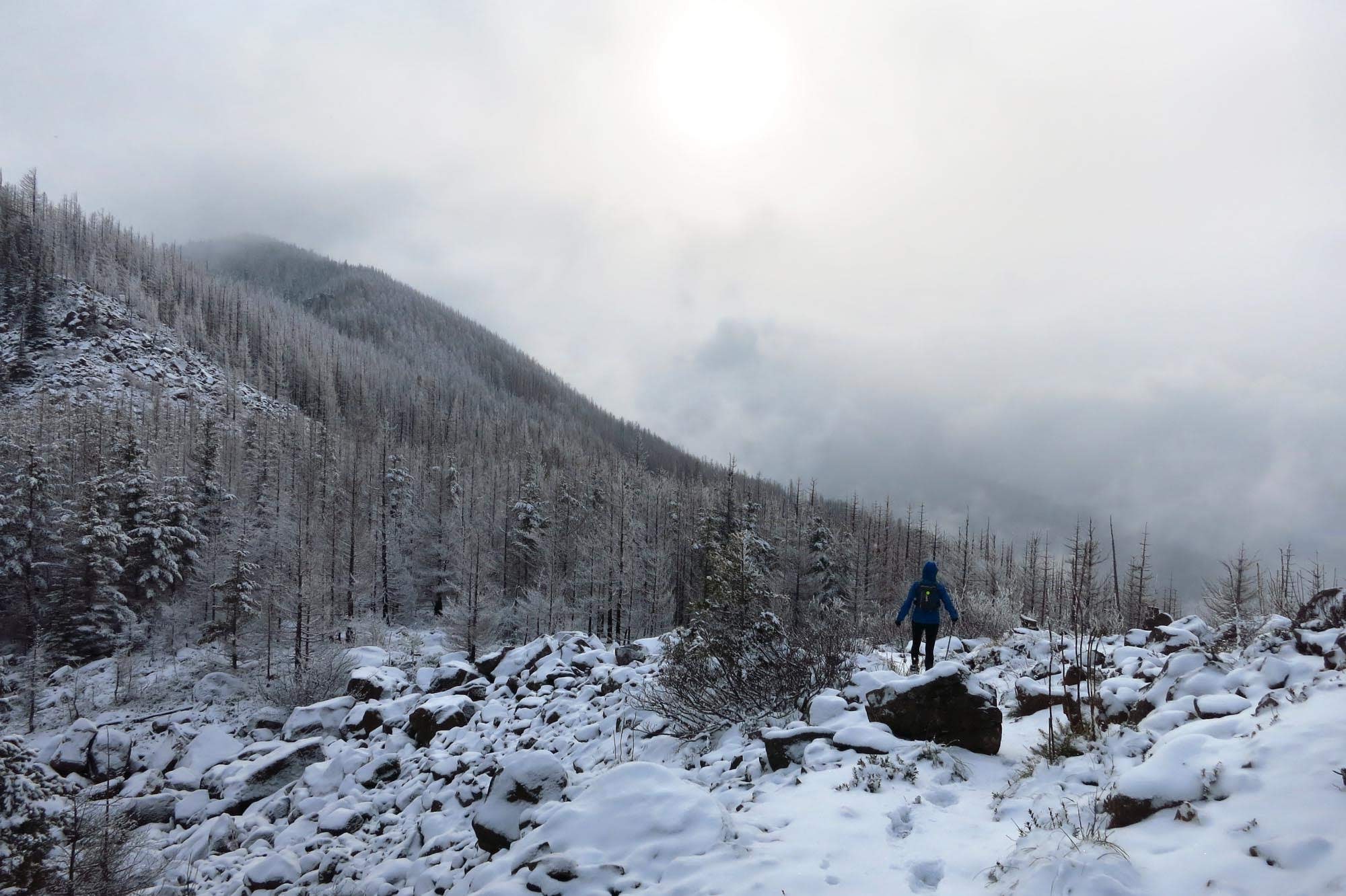 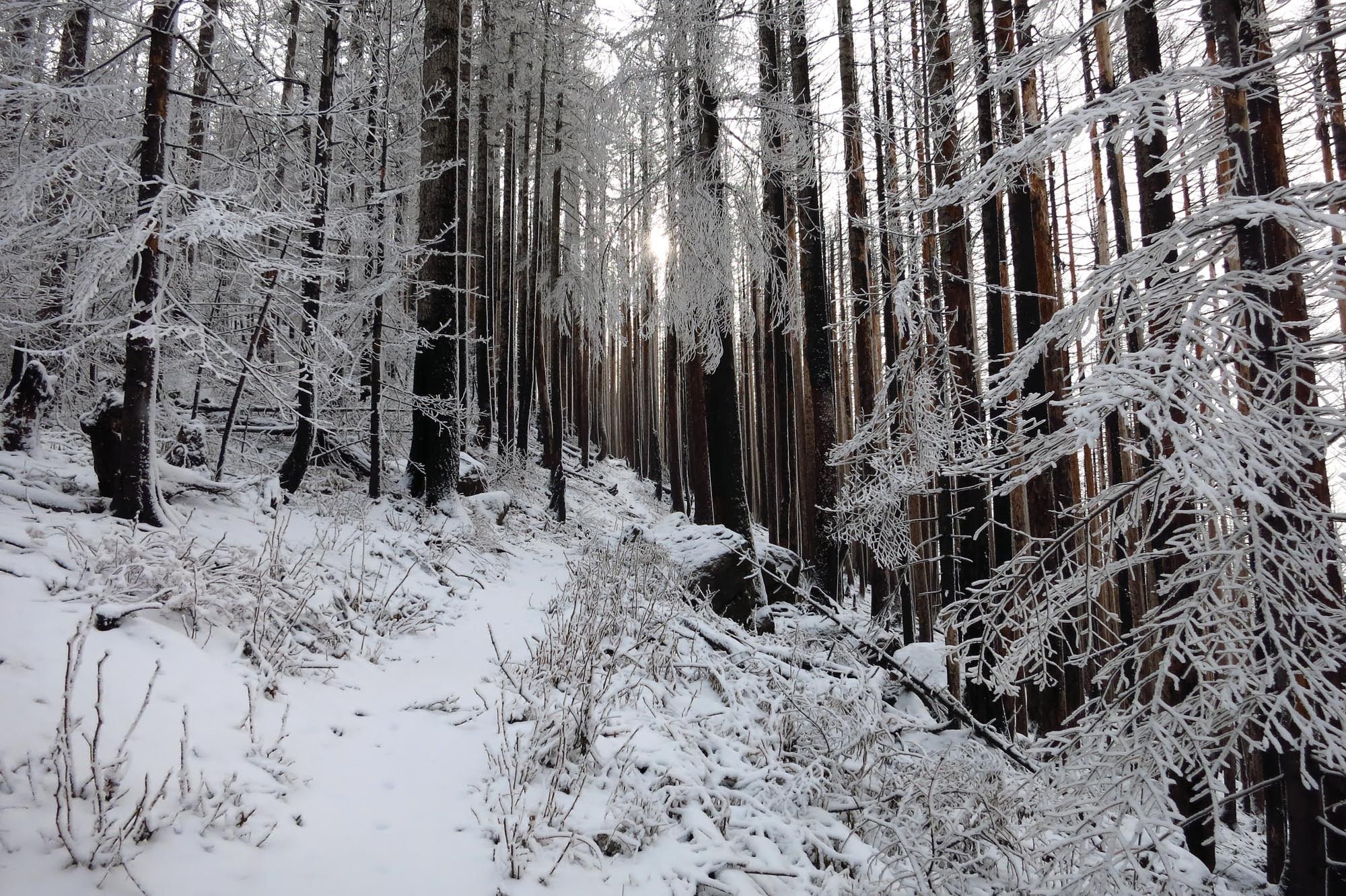 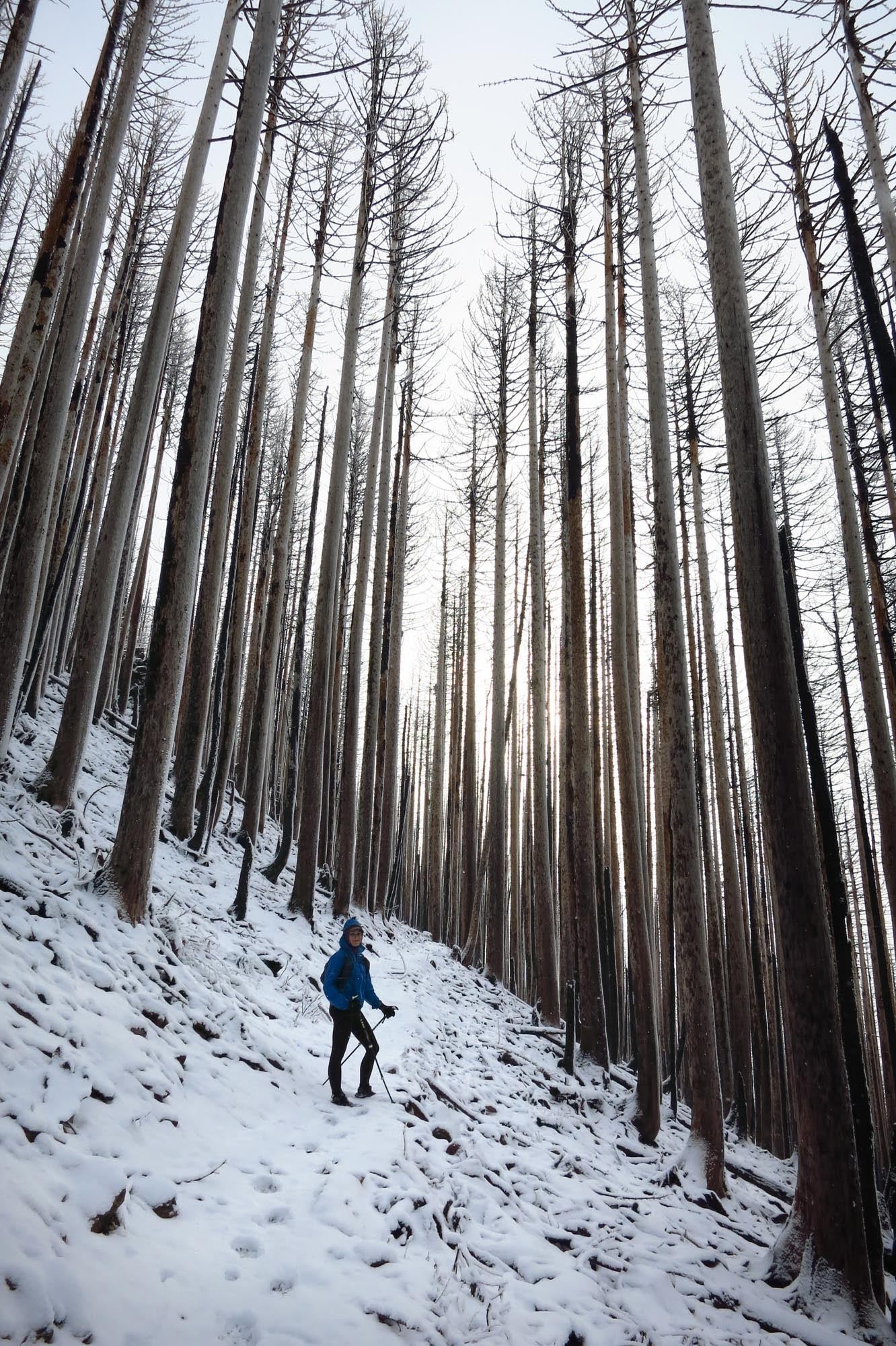 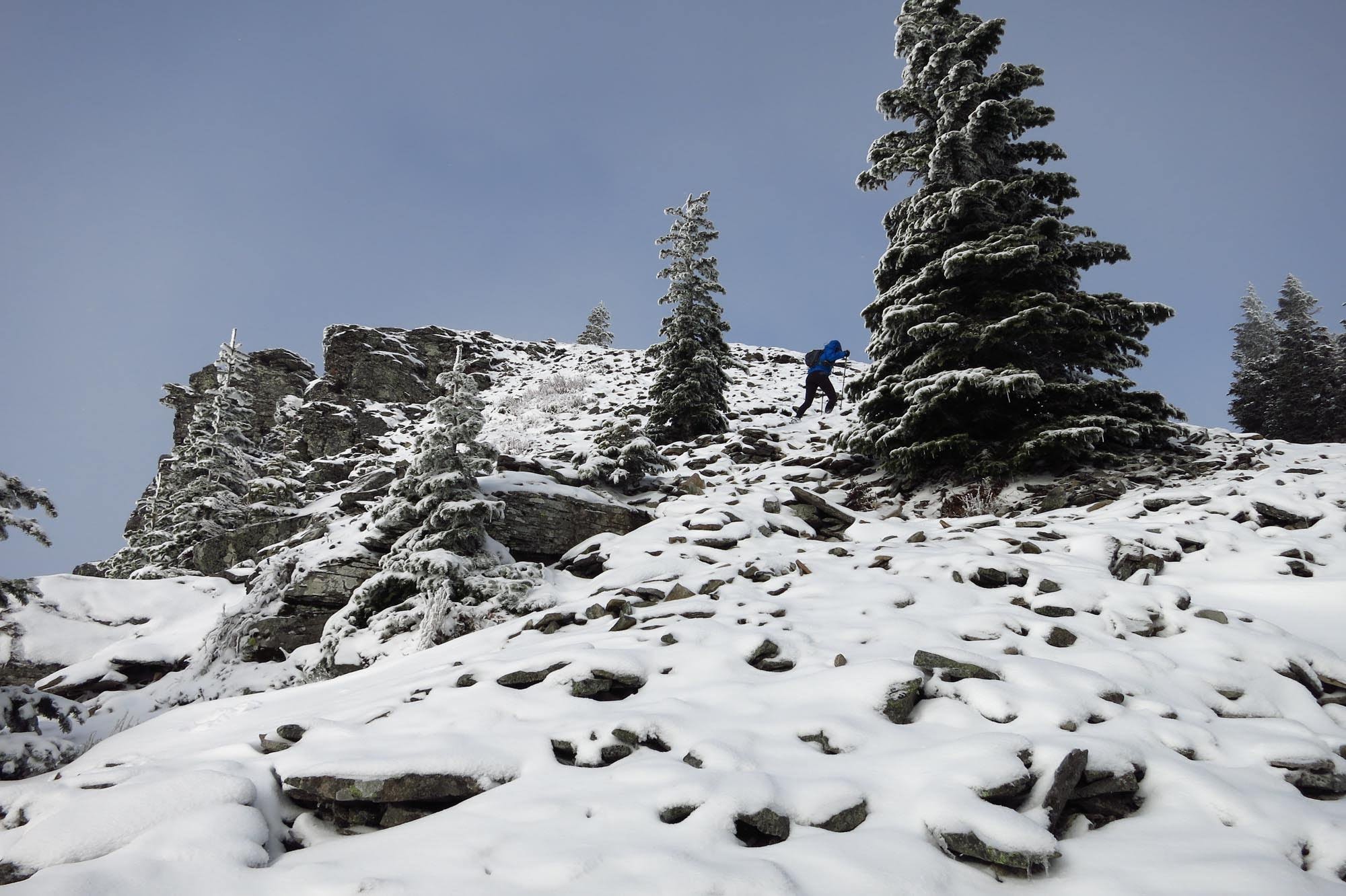 The snow was dry with a wind-rime surface, very pretty. 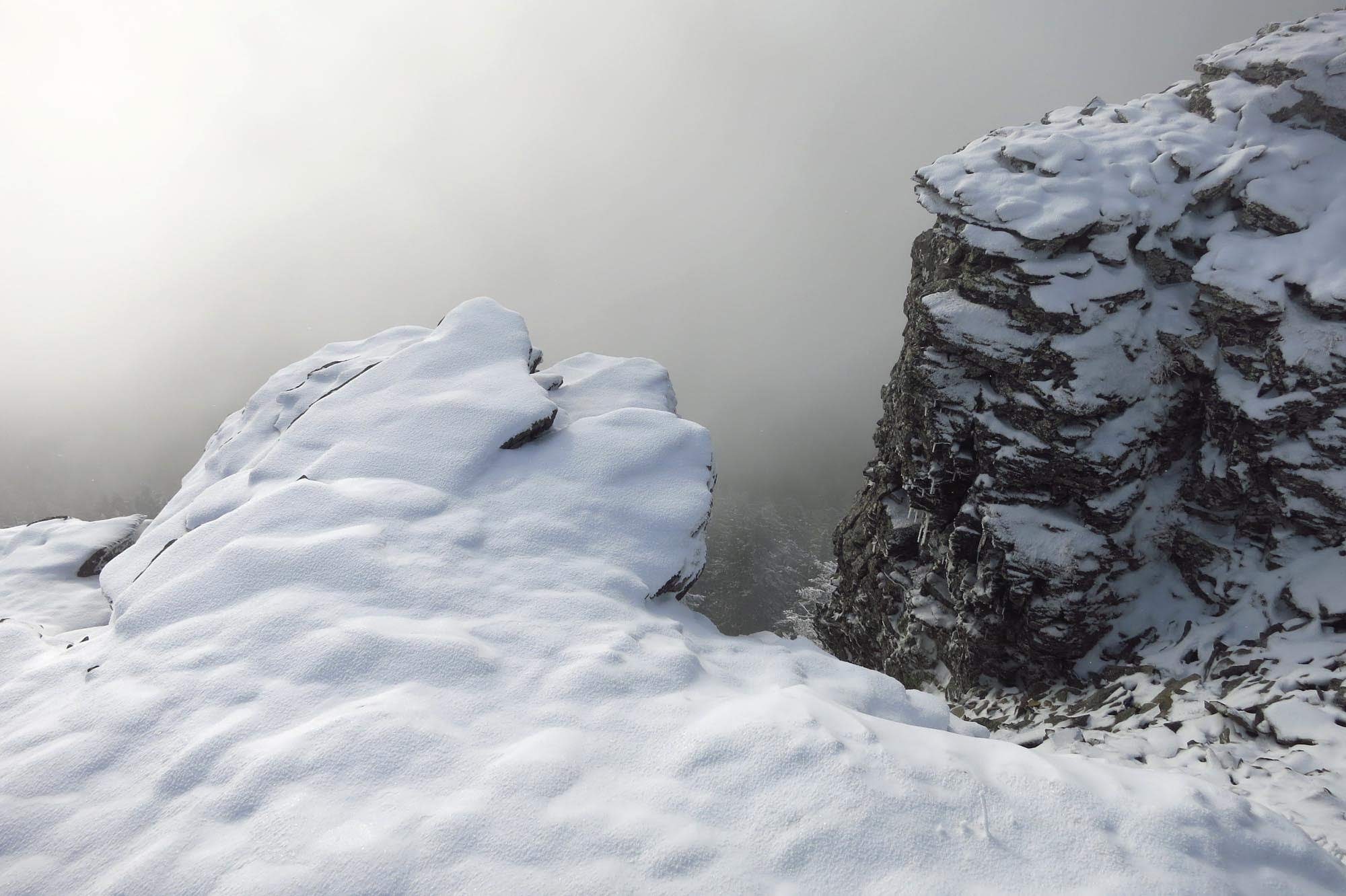 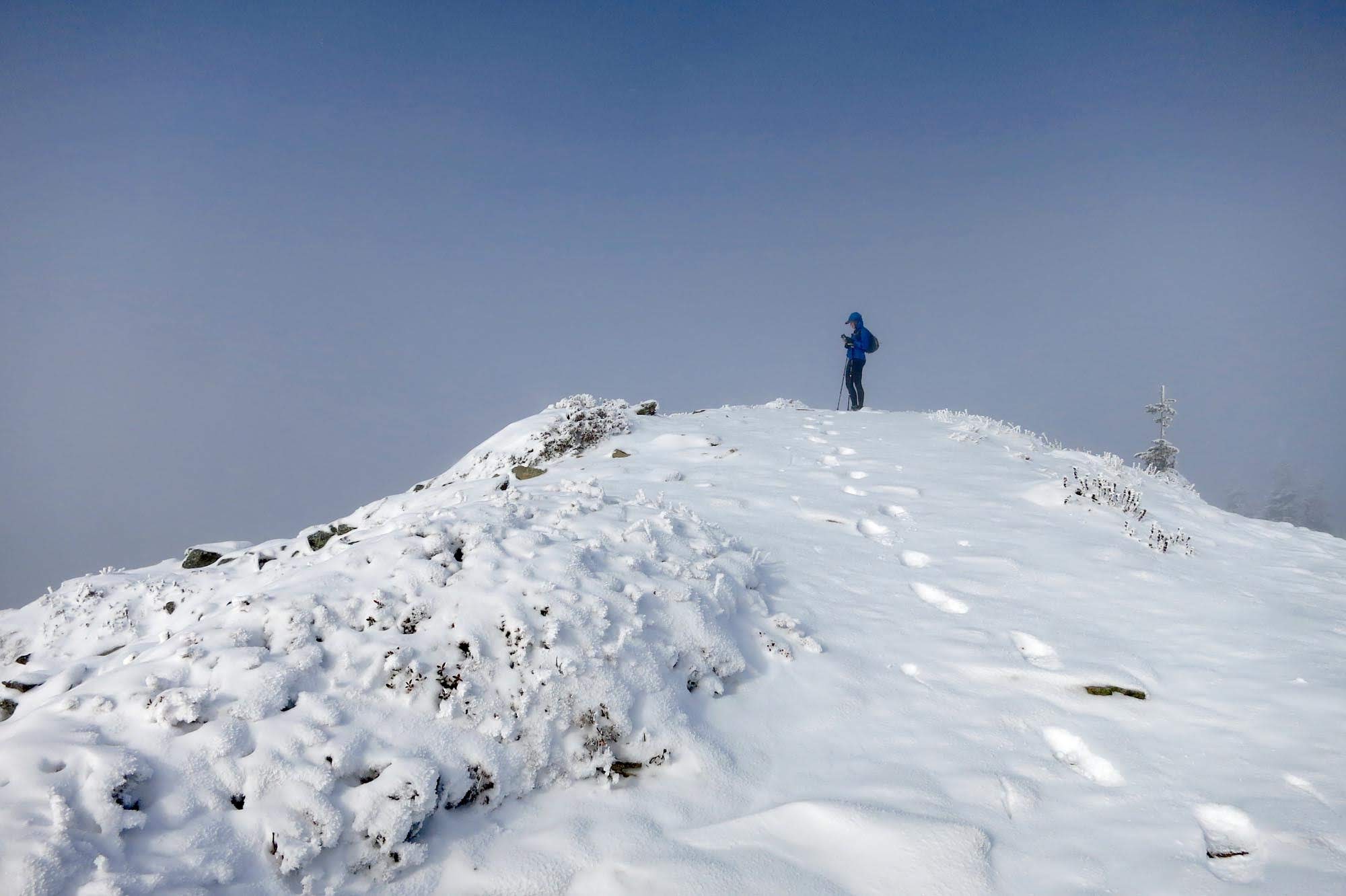 E got this shot of me coming up after taking the previous pic. 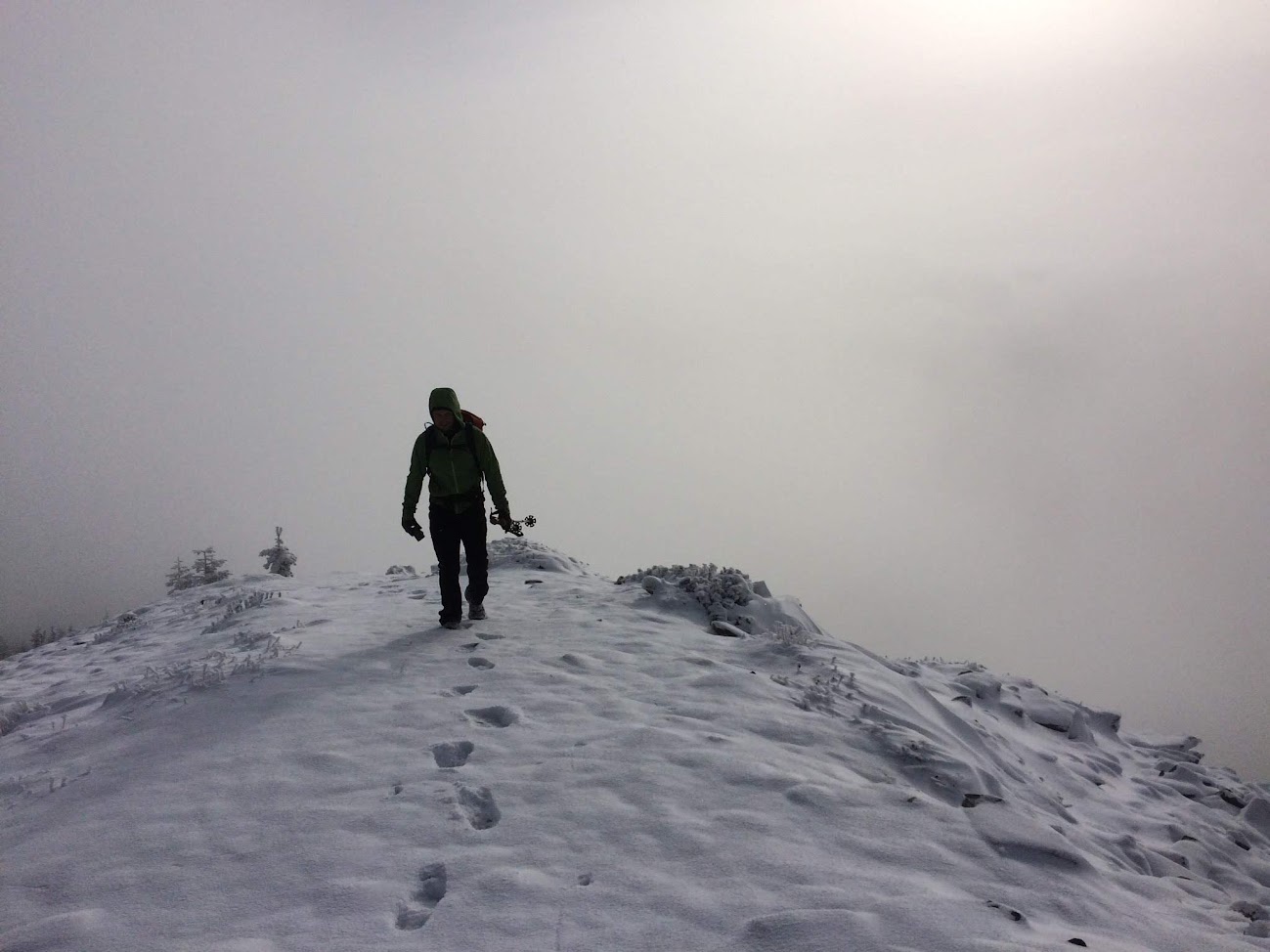 We had a couple of brief moments of sunlight, but otherwise it was thick clouds and no views today. 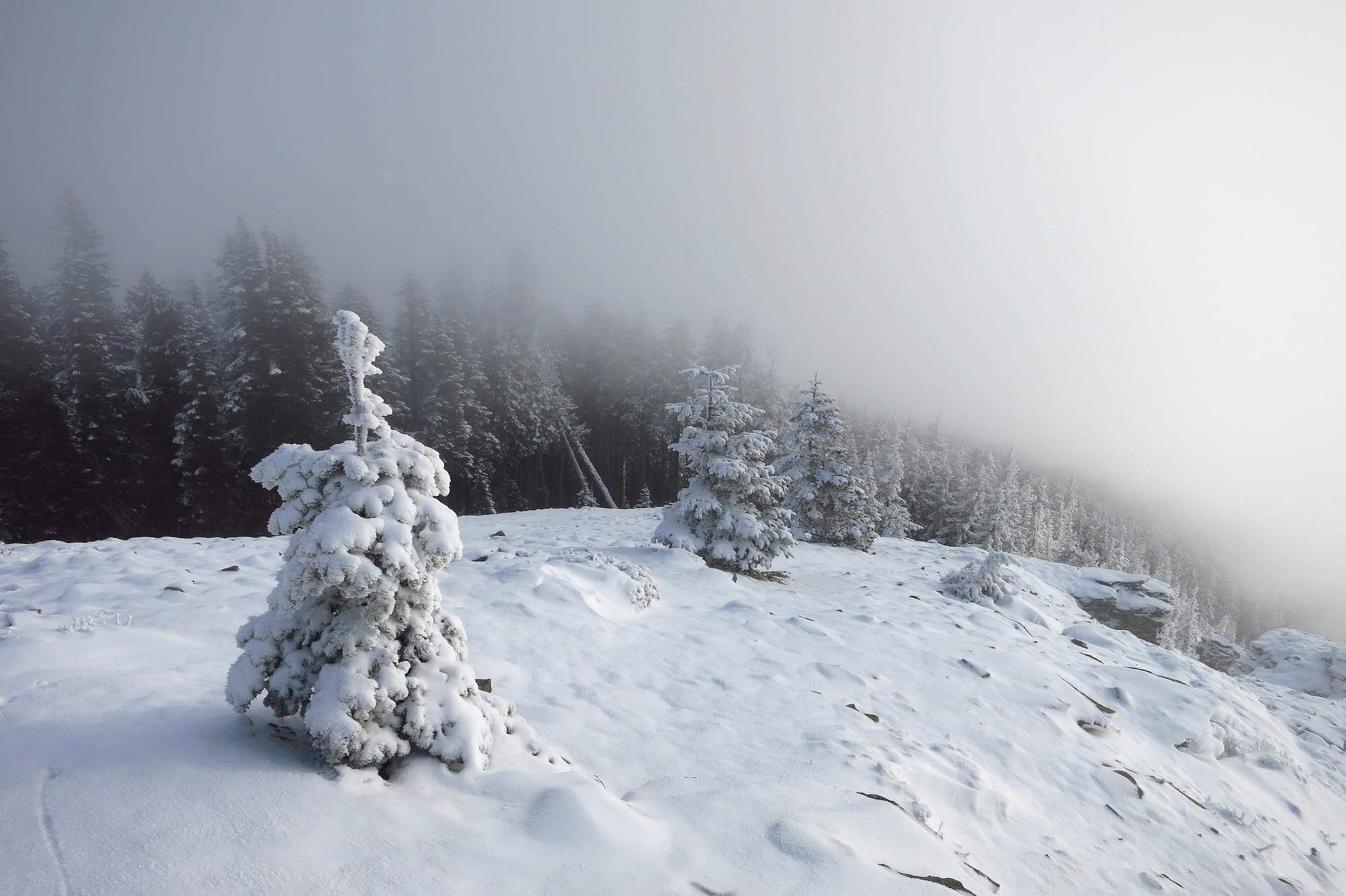 We continued down to the Tomlike junction. Elisabeth had evening Xmas plans, so we parted ways at the junction and she ran all the way down to the TH while I continued to Tomlike. 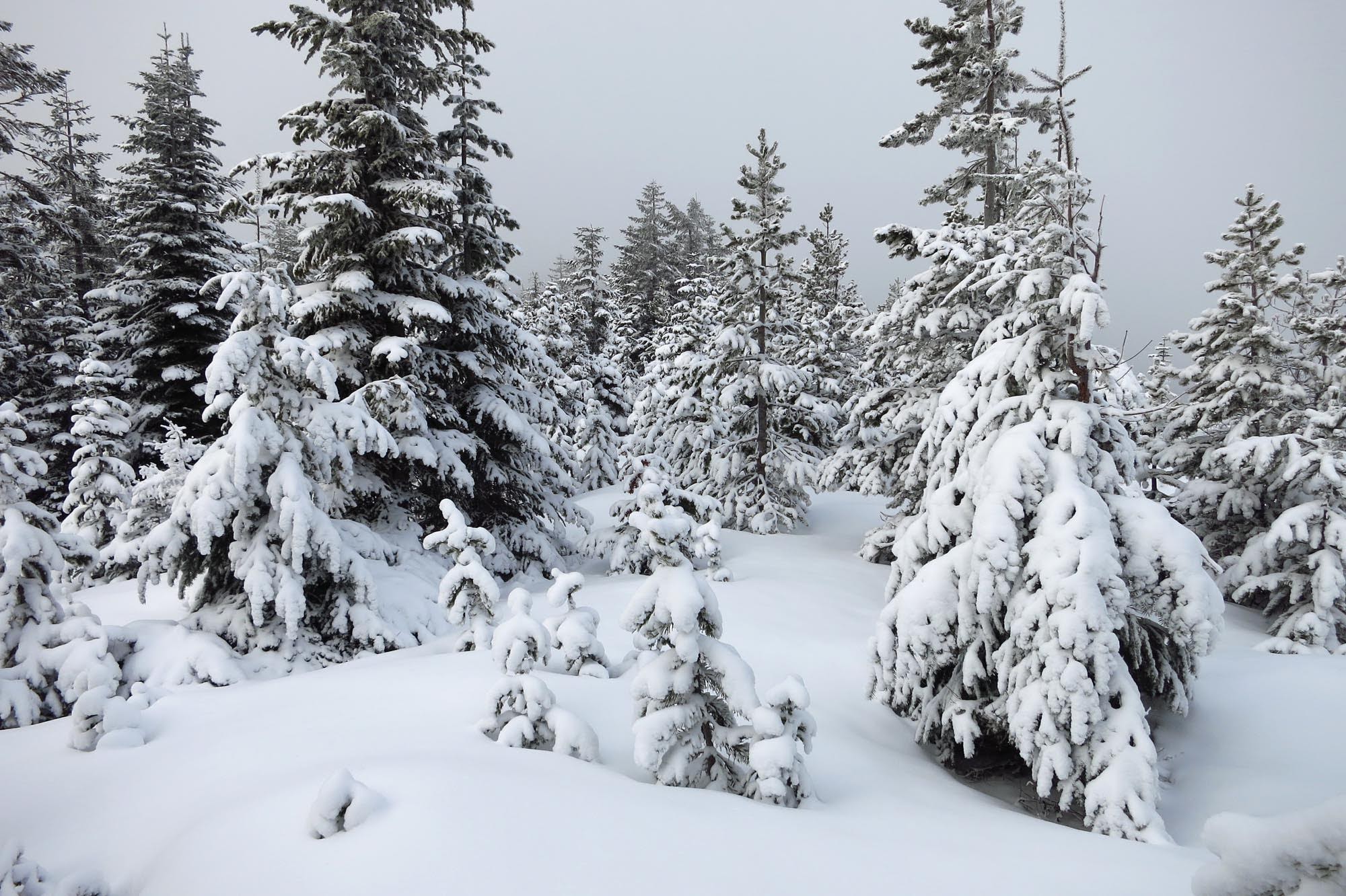 I hadn't been up there in years. The little talus step was tricky with the thin snow covering and small, unstable blocks. 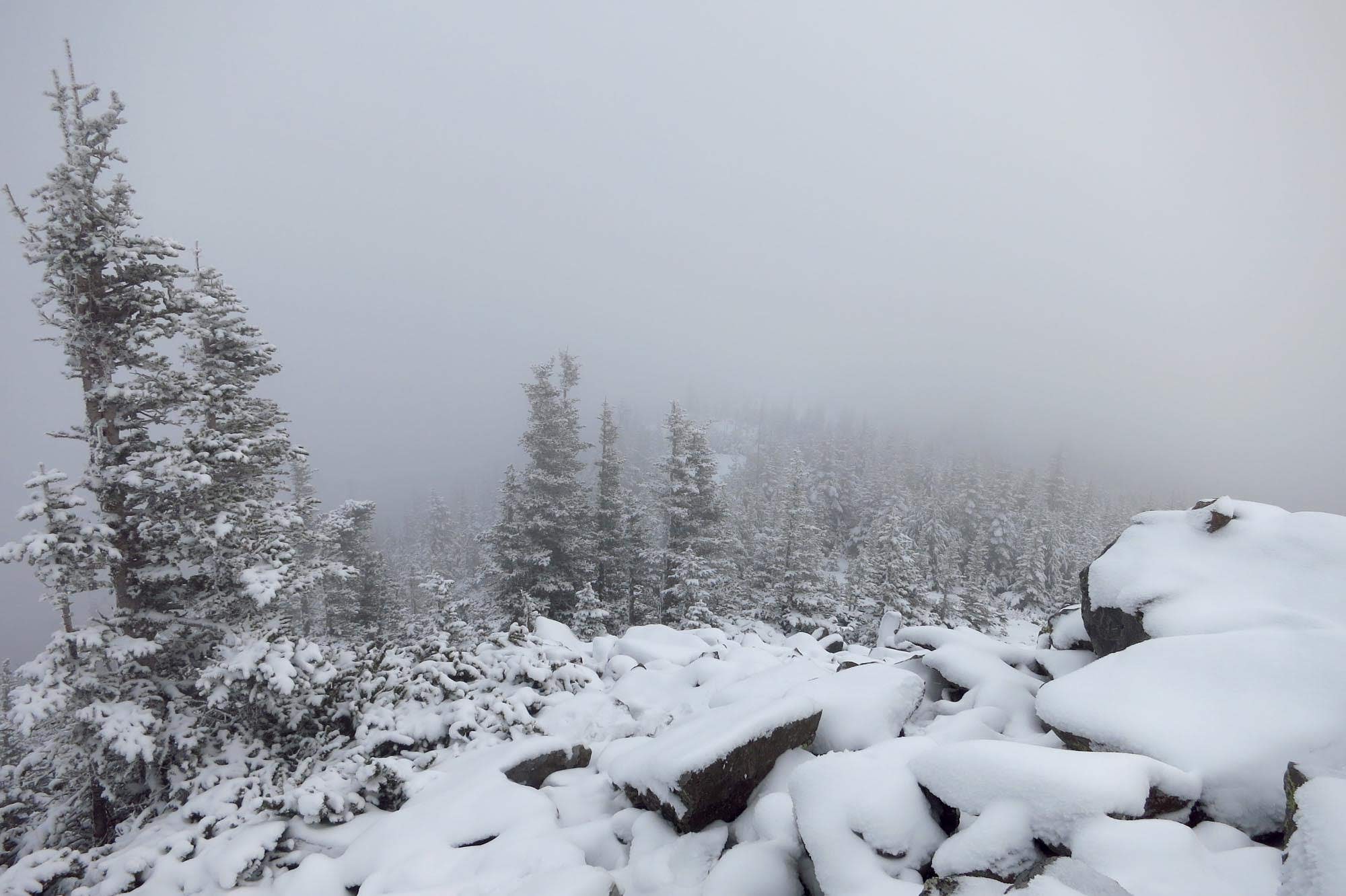 Right below the summit ridge. The wind had blown powder drifts onto the middle of the ridge, which made for easy walking, but it was cold and windy and everything was plastered and visibility was low. As usual, great views south to Mt. Hood from the summit ridge! 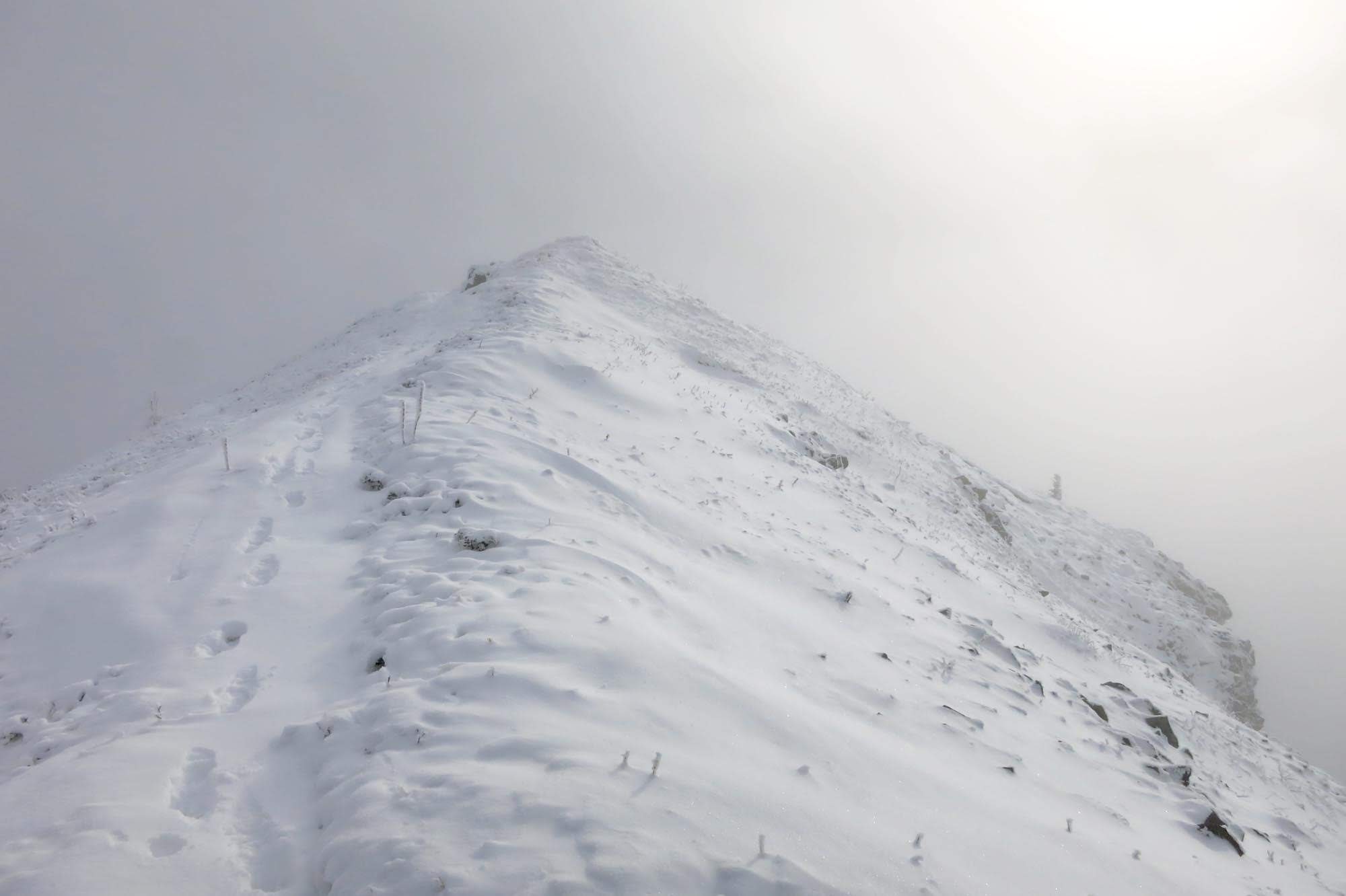 All of my pics from the actual summit itself are various abstract studies in "white."

I retraced my steps (going down the talus step was even worse than going up it) and then did the long slog down Herman Creek for the second time in a week and a half. I played the headlamp game as long as I could but finally gave in and turned it on at 5:15 about .7 mi away from the Nick Eaton junction, and got back to the car at 6pm on the nose. A glorious and magical day outdoors!

That's quite a walk, especially this time of year. I've considered it, but have never dredged up the commitment.
Top

I did the Tomlike version of this a couple of springs ago with snow still around approaching from Herman Creek on the other side. I had similar views from Tomlike. I need to do that one again.
Top

Looks like a very nice choice for a White Christmas.
Thanks for sharing.
Top

Beautiful!!! Thanks for sharing.
Top

Nice job! Looks like you had perfect snow conditions too - enough to make everything sparkle but not enough to slow you down.

Thanks for the report.
GHSMITH76
Blog:AdventureContinues.org
Top
Post Reply
8 posts • Page 1 of 1