The Starvation TH parking lot is frozen over and there's snow down to road level. This is likely to change soon as temps warm up and the rain comes back, so I went to investigate rumors of deep drifts on Defiance.

It turns out there is a nice inversion going on between 1k - 3k ft, everything is quite frosty, especially on the east side of the hill. 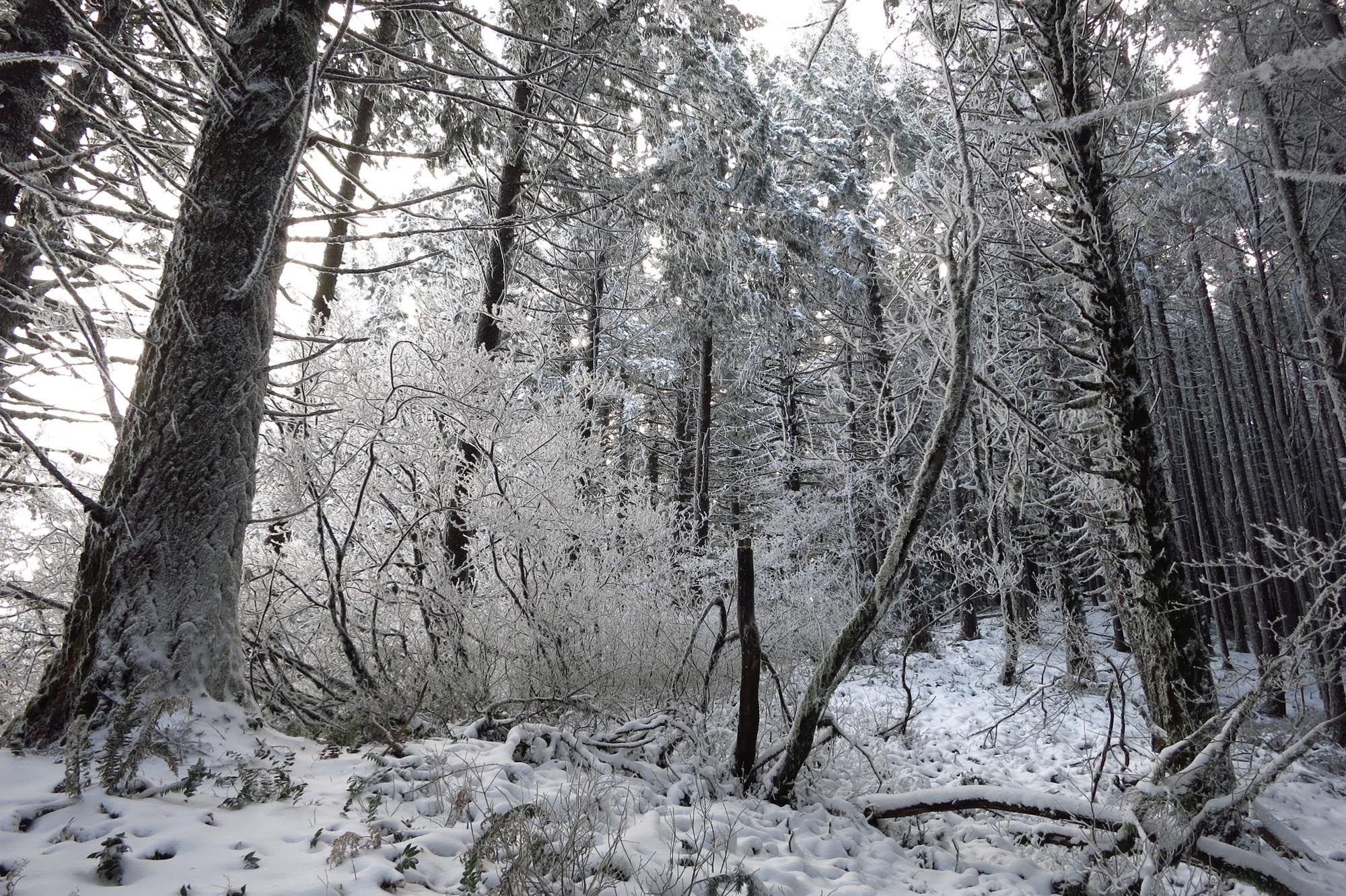 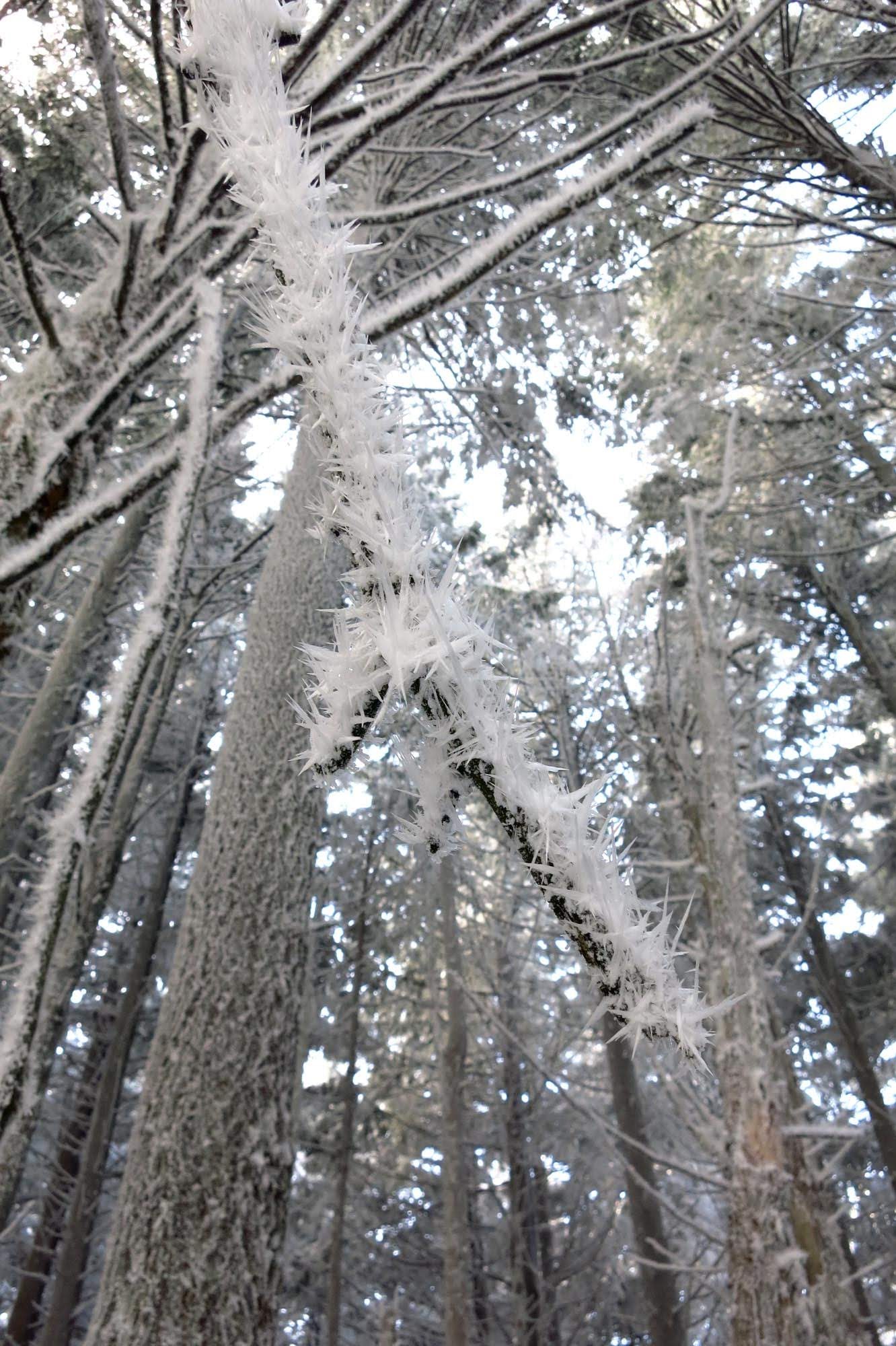 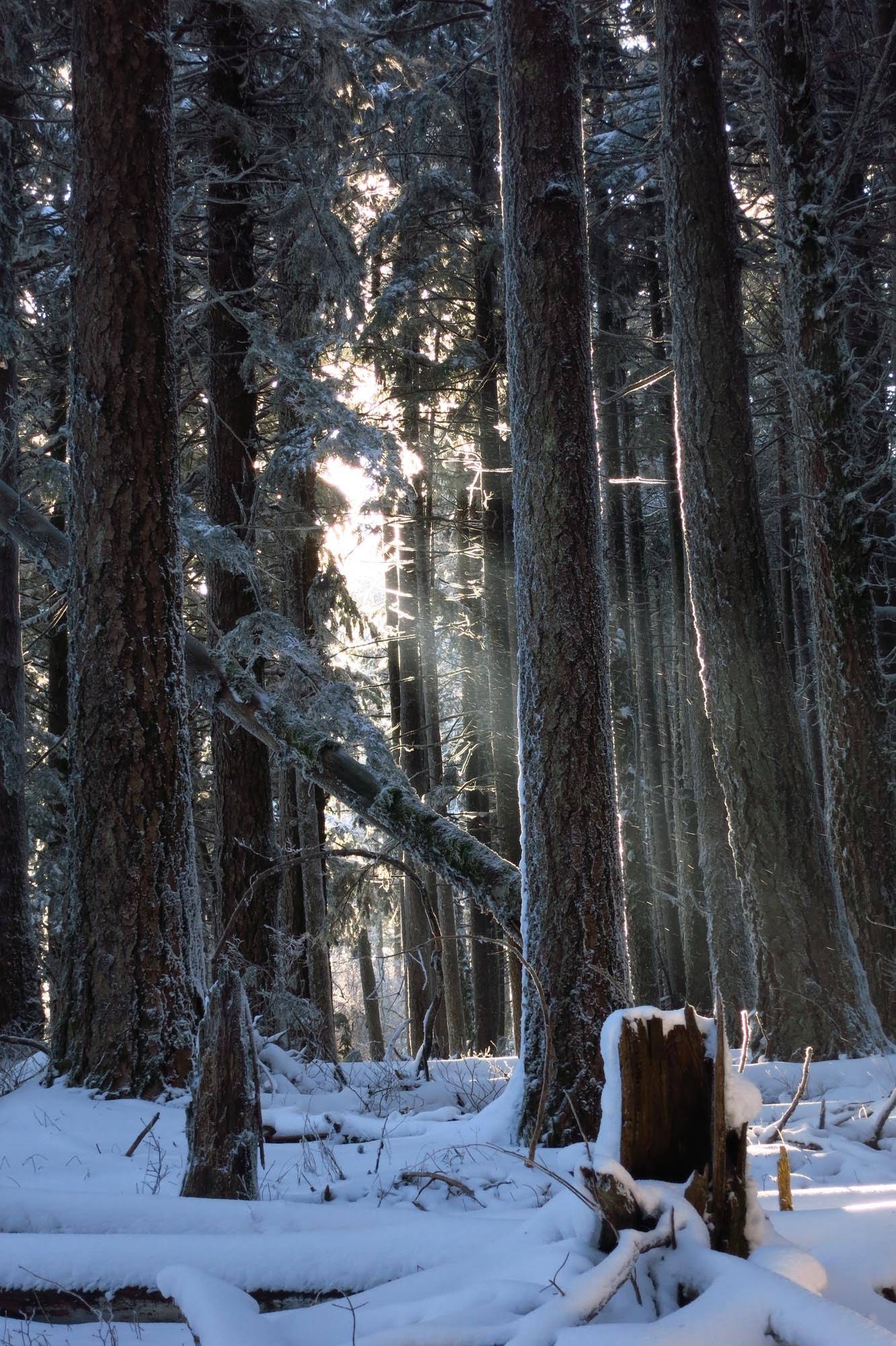 Warren Lake status update for Chip. Photo taken from a couple feet out on Warren Lake. 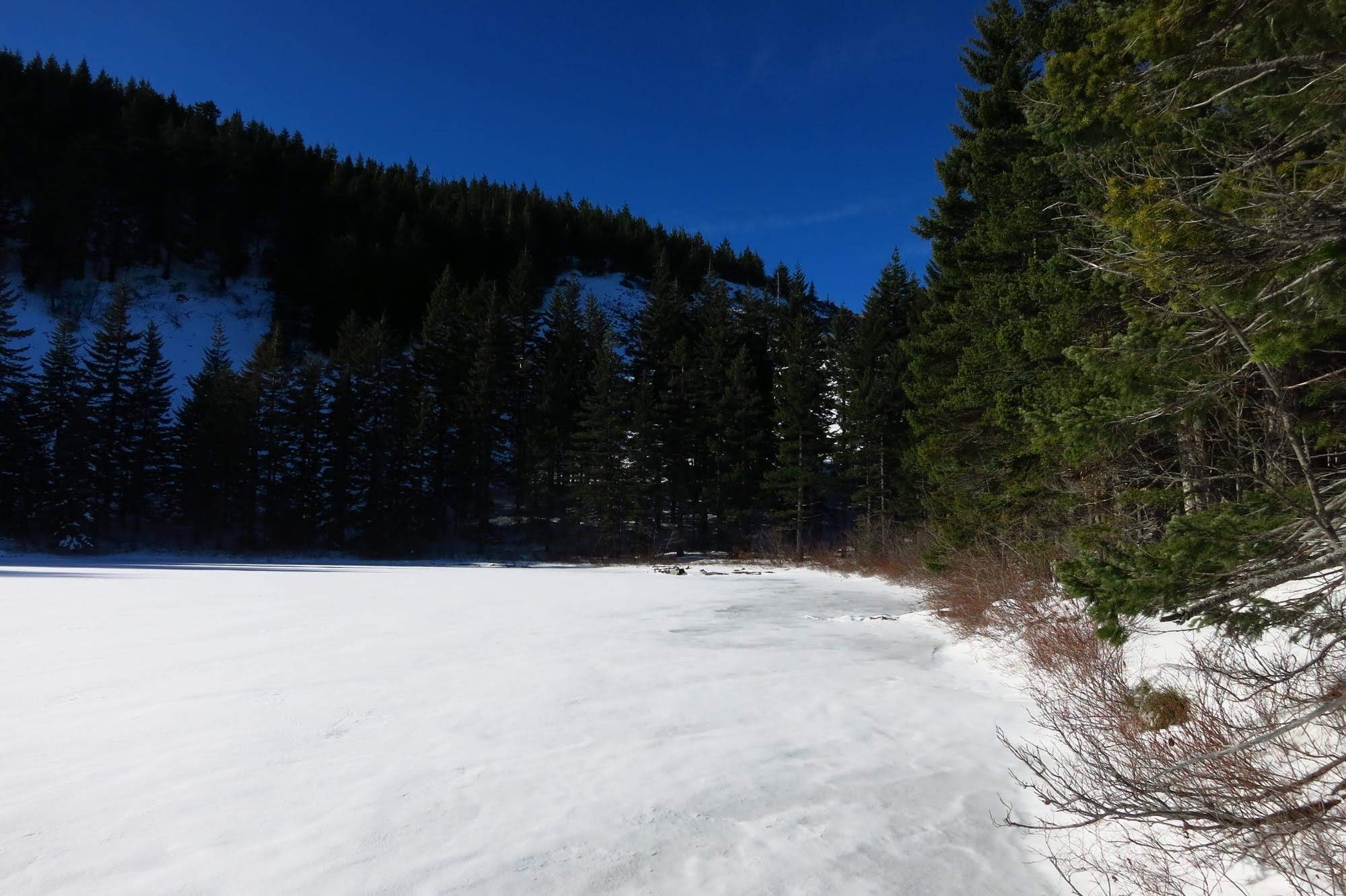 The snow had not been terribly deep getting up to Warren Lake, but after the initial talus section above the lake, I had to break trail through deeper snow. I'd seen some guys with snowshoes in the parking lot, and was hoping for a track coming up from the Defiance side from them or from people on Saturday, but upon reaching the junction with the main Defiance trail, no dice. More trail breaking ensued.

The upper talus field shortcut is doable, though not fully covered at the top, which is a little treacherous. 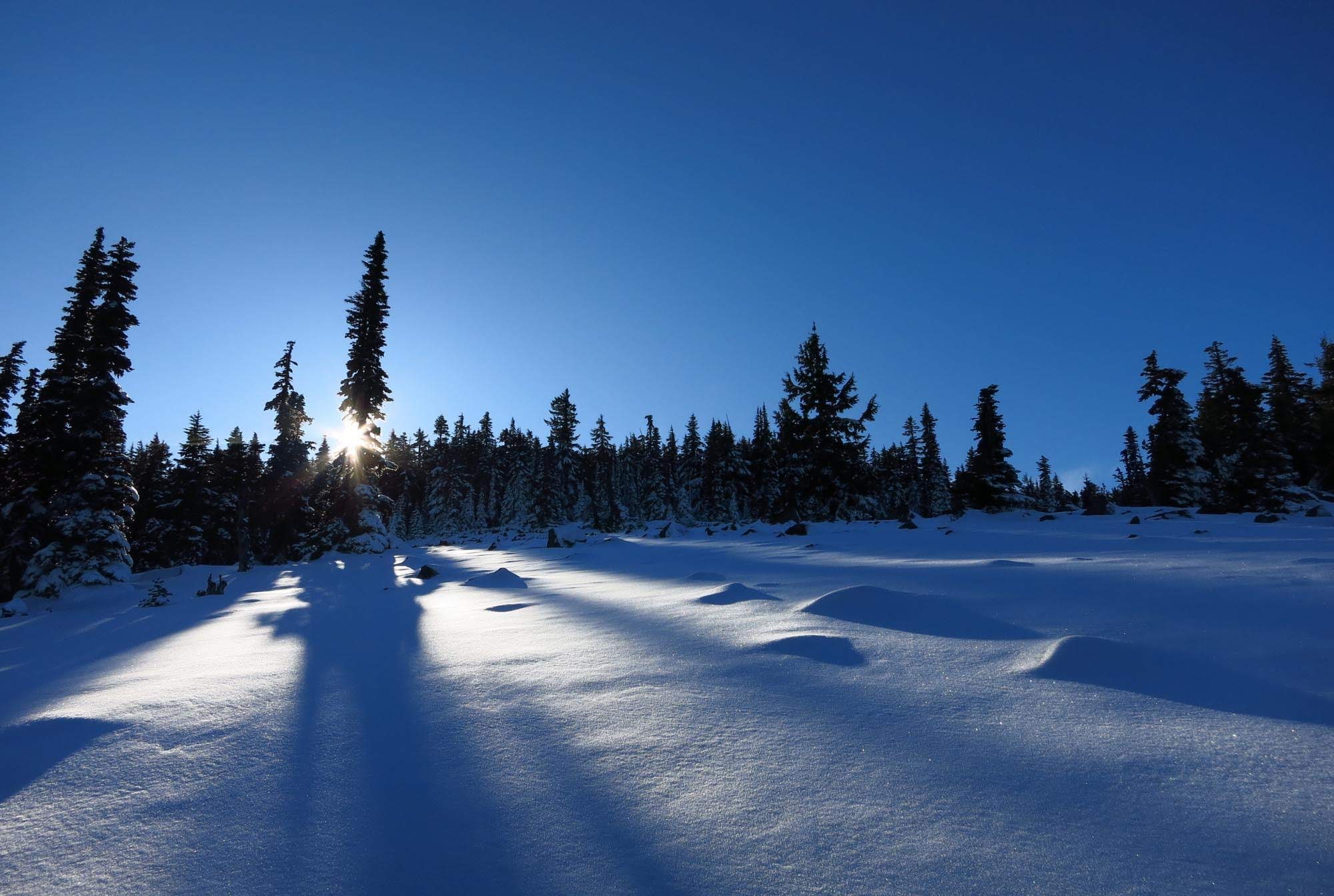 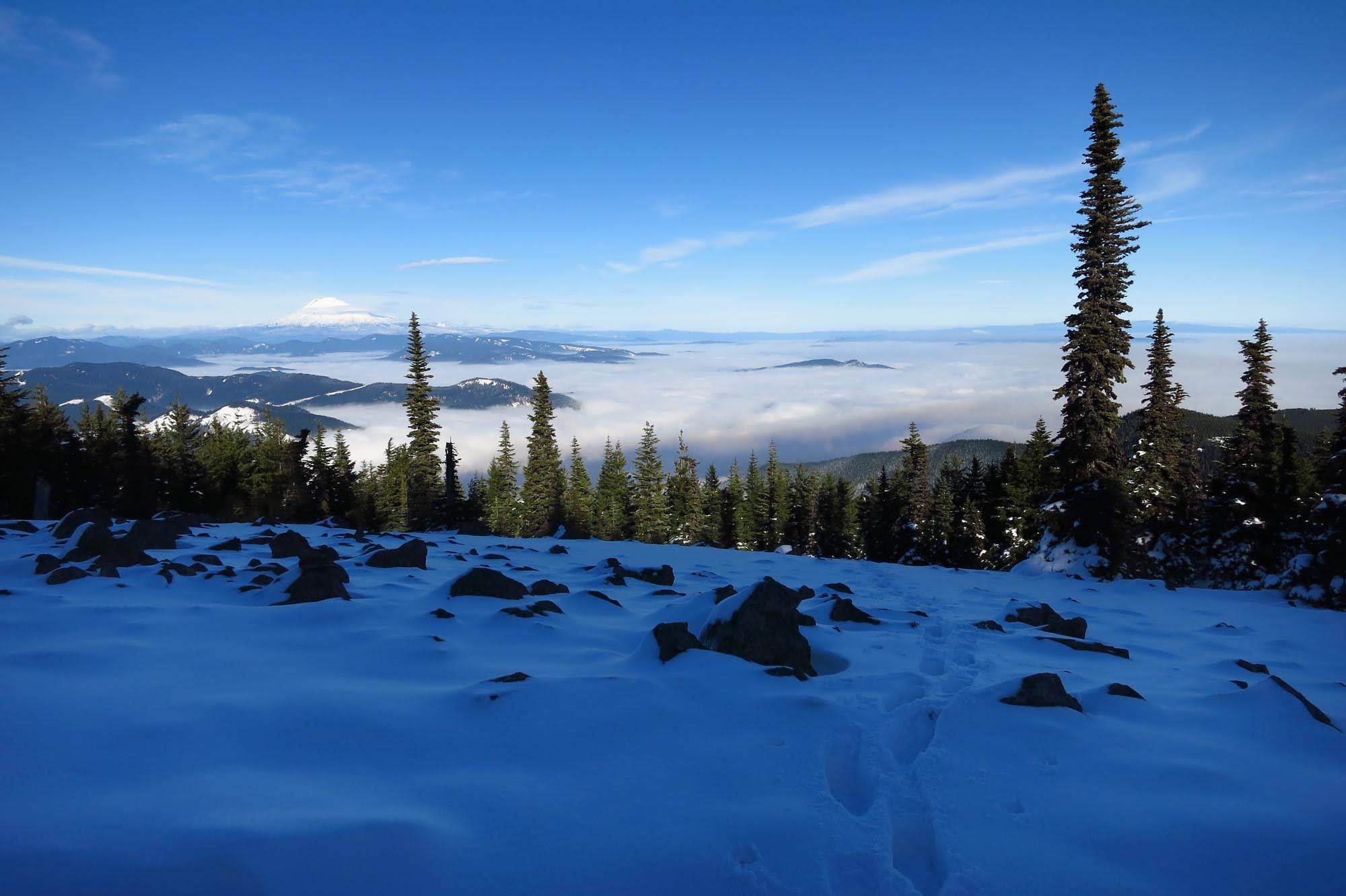 We have a ways to go until the fence is covered... 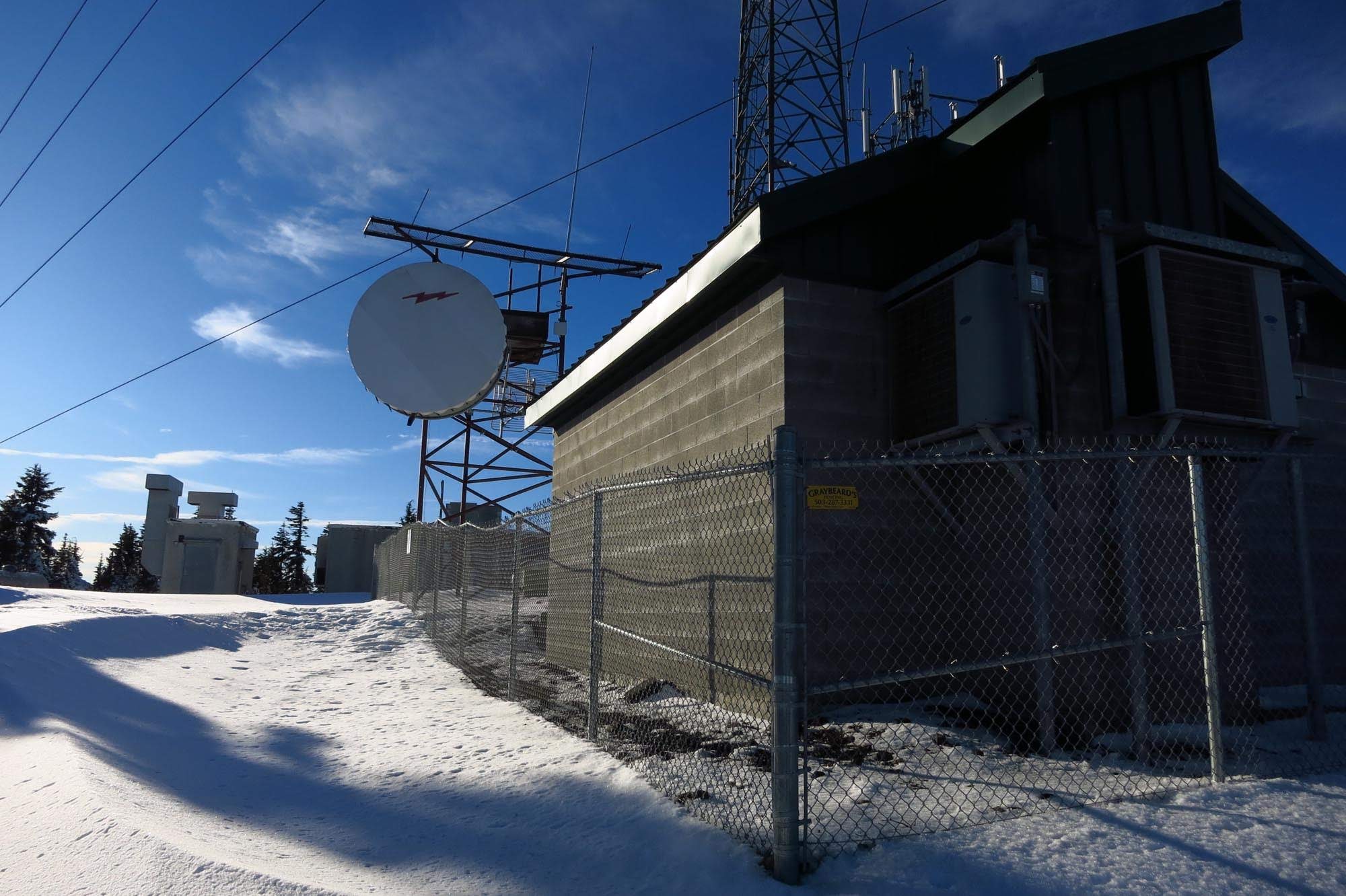 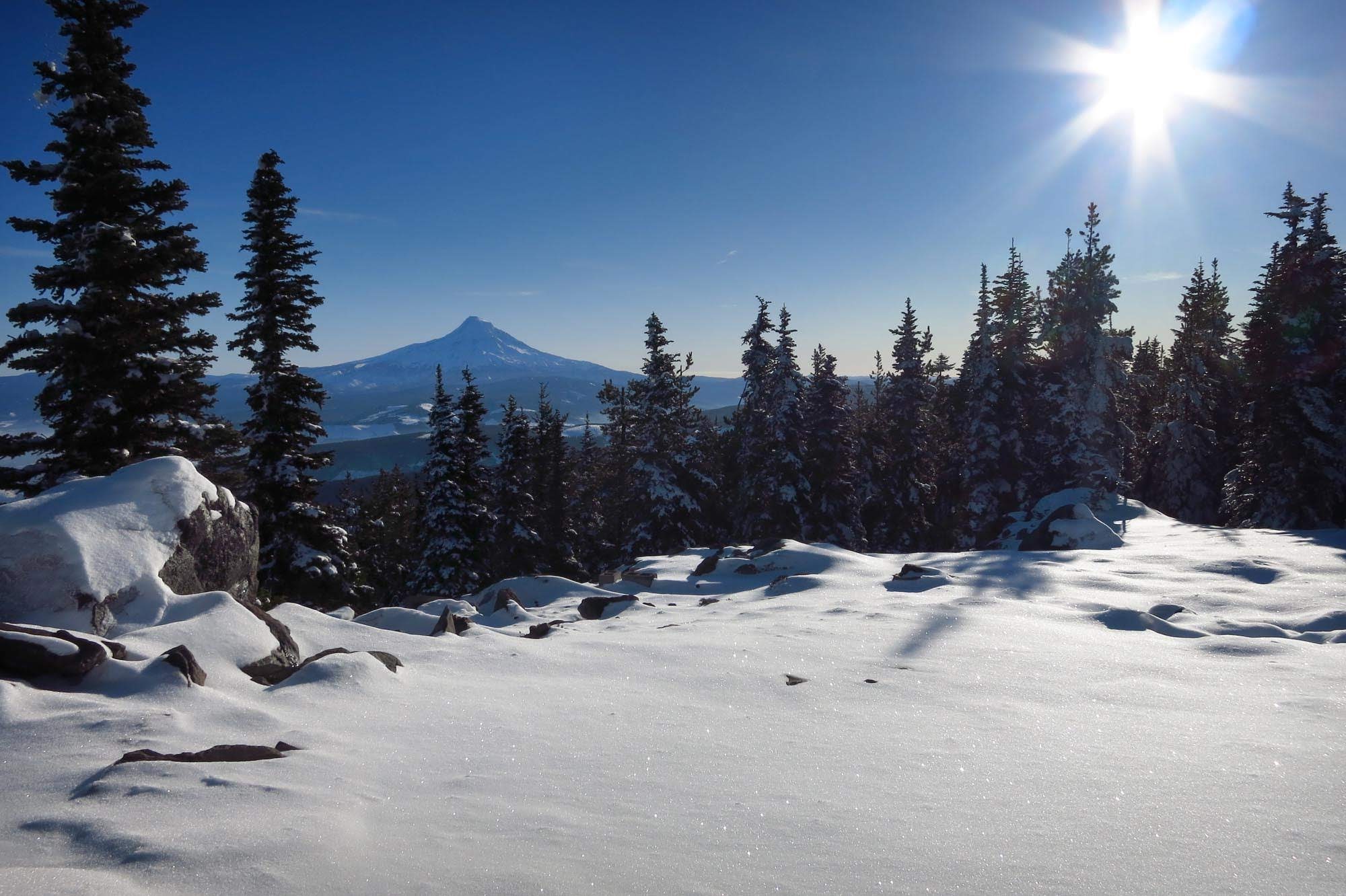 Looking down onto the Great Sea of Inversia, which hath risen again. 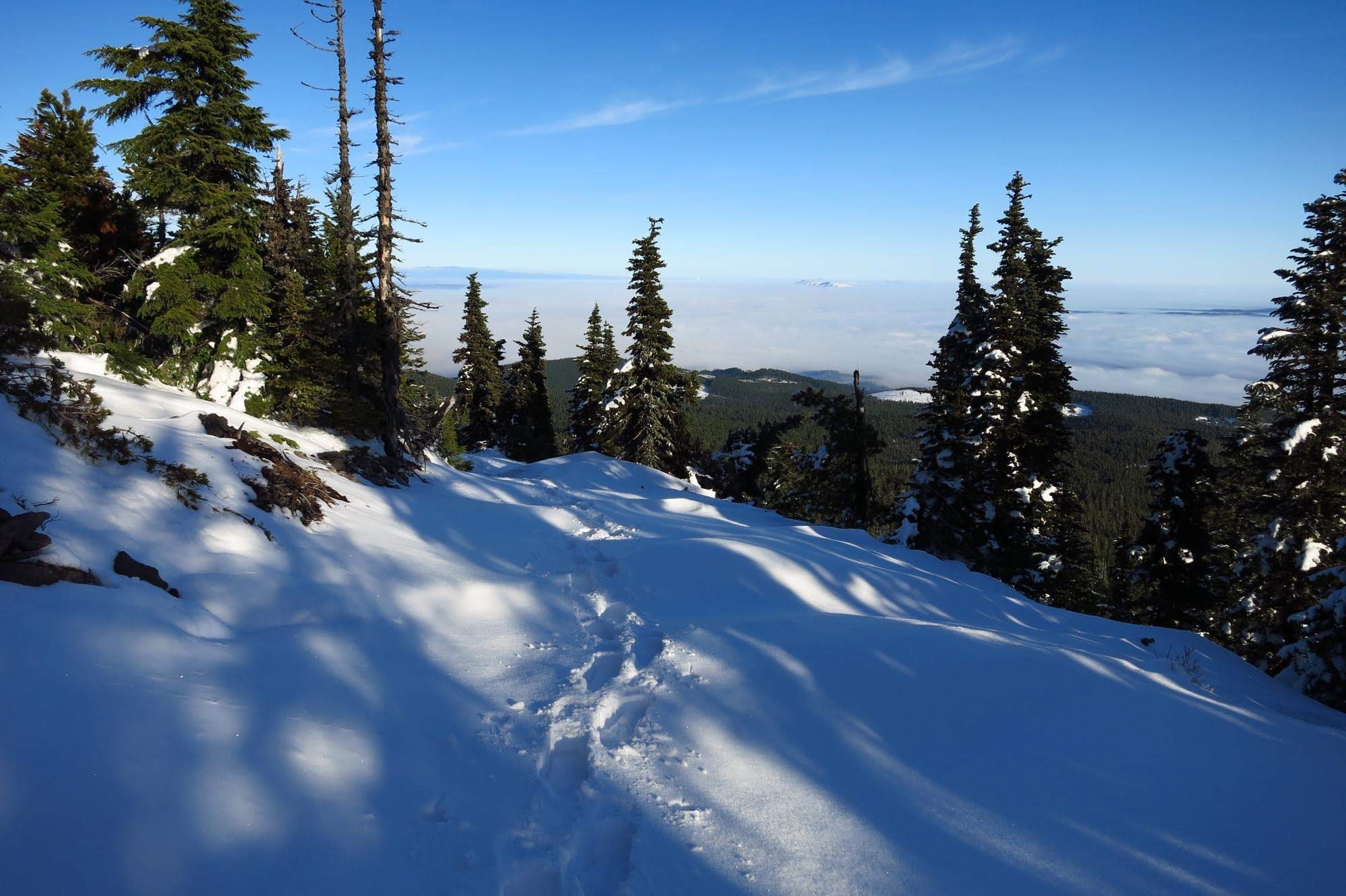 I scoped out the large western talus field, but it is not "in" yet. 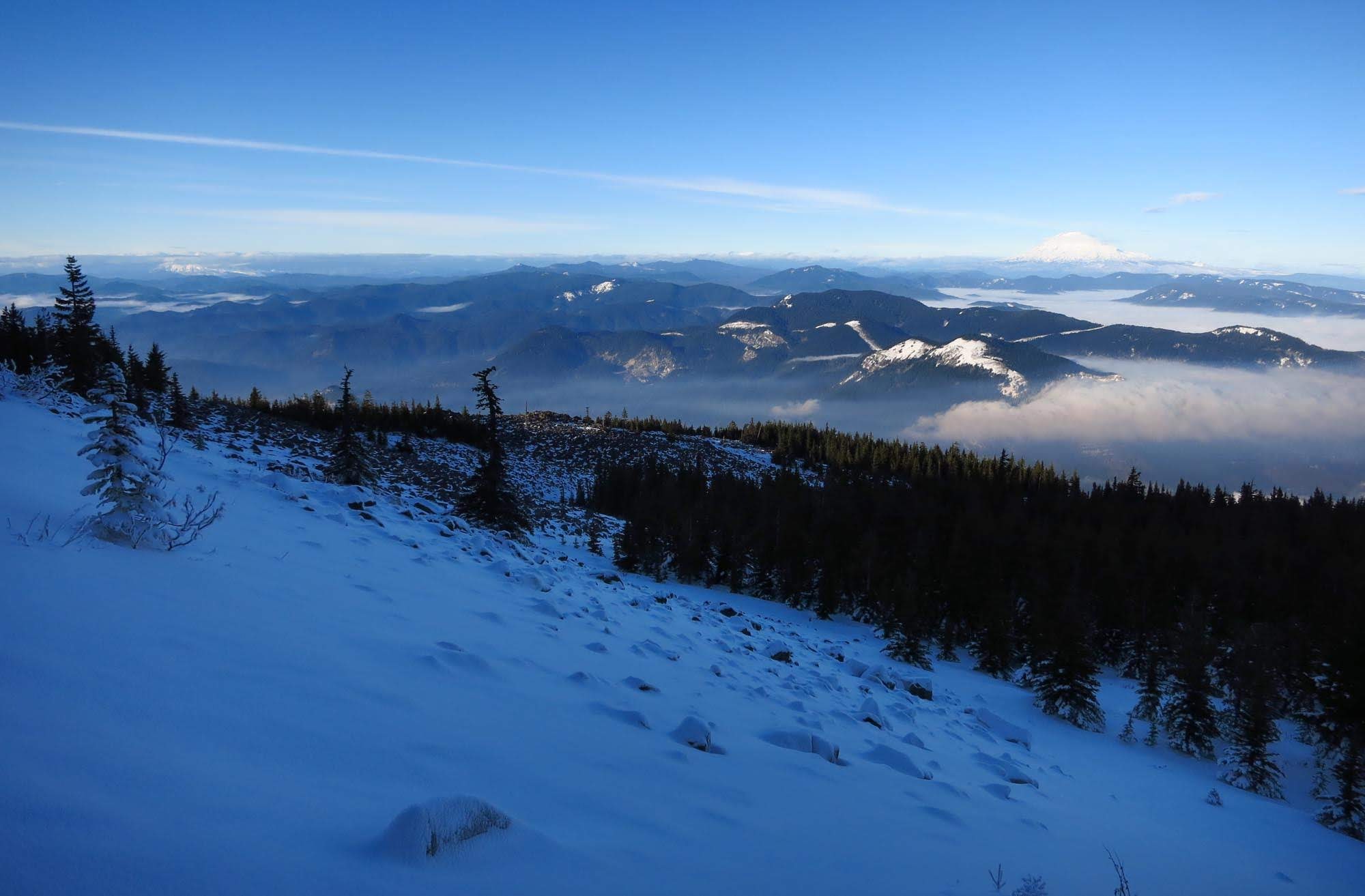 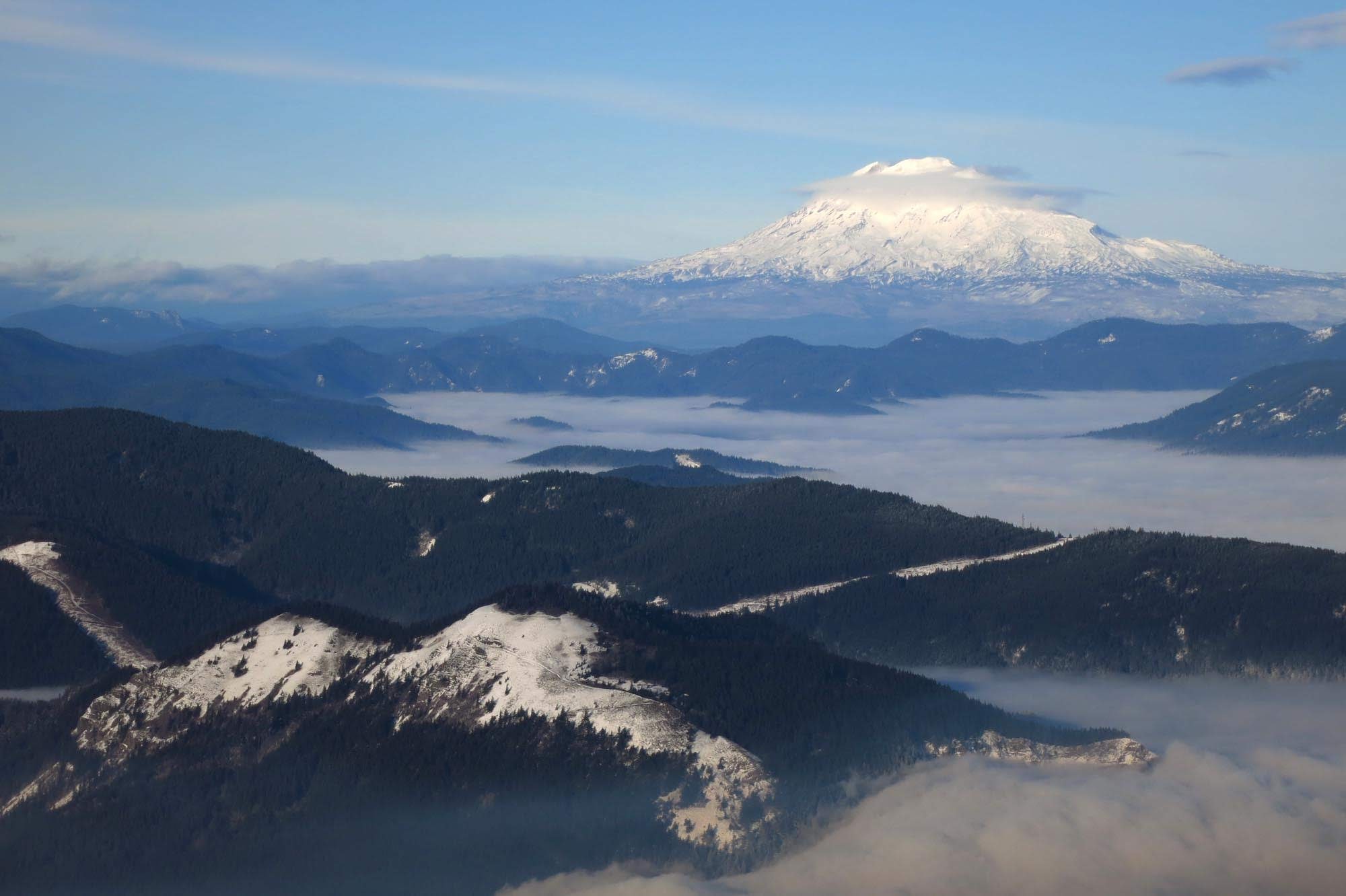 Down a little below the Mitchell Pt junction where I'd come up, I encountered a full snowshoe track. I guess the people from the parking lot got that far but gave up?? It was nice to blithely follow their track down. The trail below the breather flats was thinly snowcovered and was quite slippery, and didn't really improve until almost reaching the powerline corridor at the bottom. Fingers crossed for another snowpocalypse out there this winter!
#pnw #bestlife #bitingflies #favoriteyellowcap #neverdispleased
Top

I'm amazed how little snow is at top. It was much deeper at 3k' on Surveyors Ridge.
Thanks for the pics of the lake. I was going to take a day off work to go investigate, but now I don't have to!

Nice ice crystals in that second picture. It's a good tie-in to Frozen 2.
Top

Wow, you got some beautiful shots! I love being above the clouds during an inversion.

Awesome images and report! Thanks for taking the time to post.
Top
Post Reply
5 posts • Page 1 of 1