A bit late on this, but since there wasn't any recent updates, I thought some people may be interested. Backpacked in the Goat Rocks from 7/20 through 7/24, and things were looking great! Snow is almost gone (more like in mid-August) but flowers are just ahead of schedule, and the next 2 weekends should be the best. 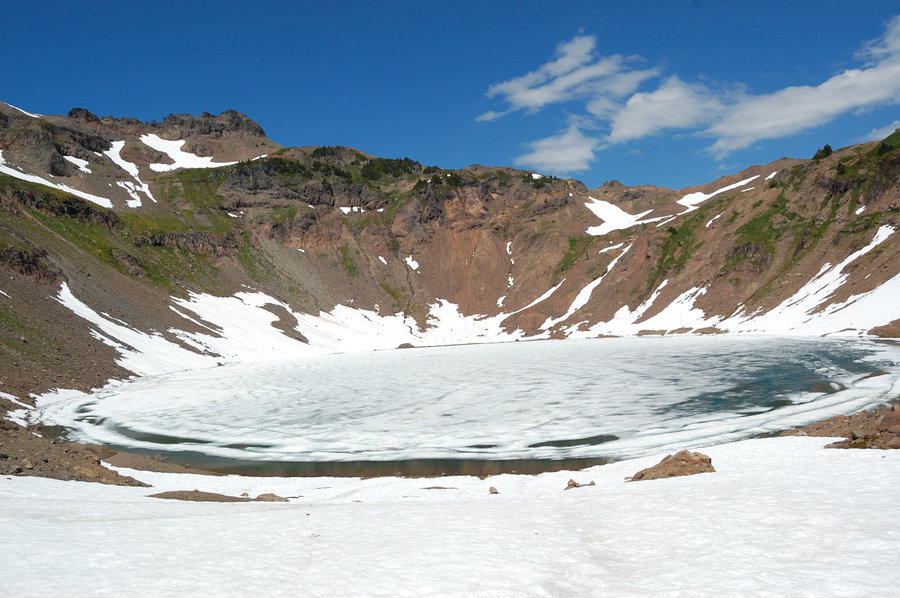 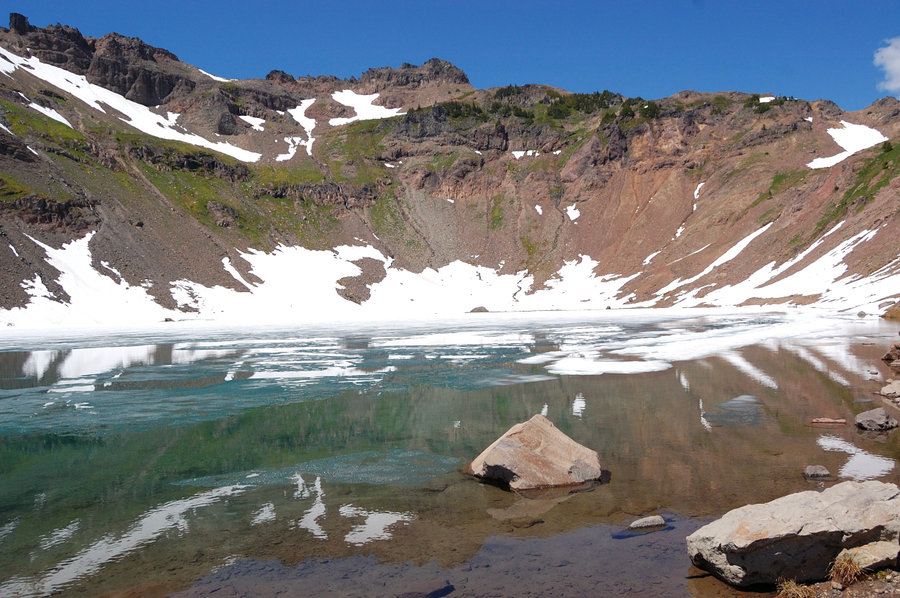 The meadows were mostly green, but roughly 1-2 weeks from now it will be another story! 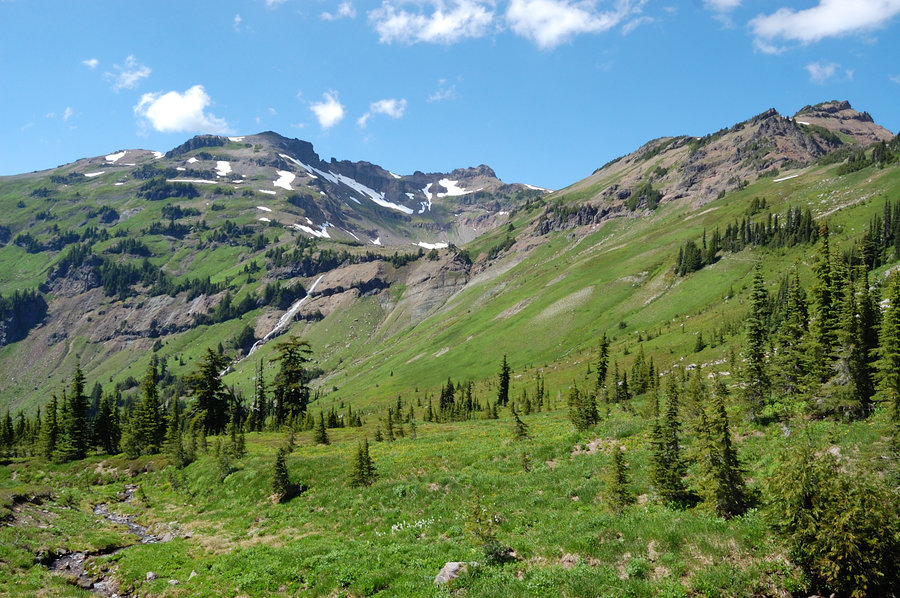 Obligatory picture of the water slide.. 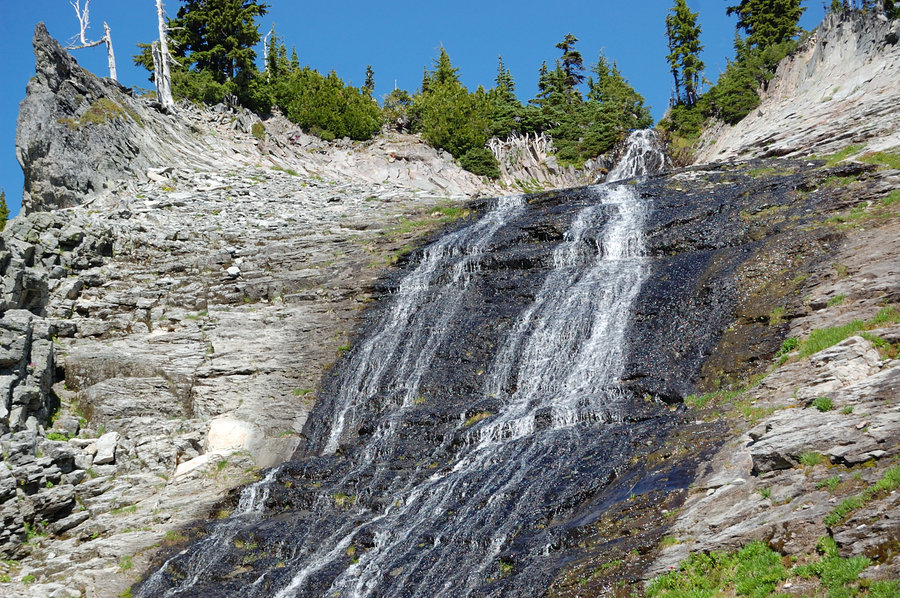 Meadows at 6400' on Snowgrass trail 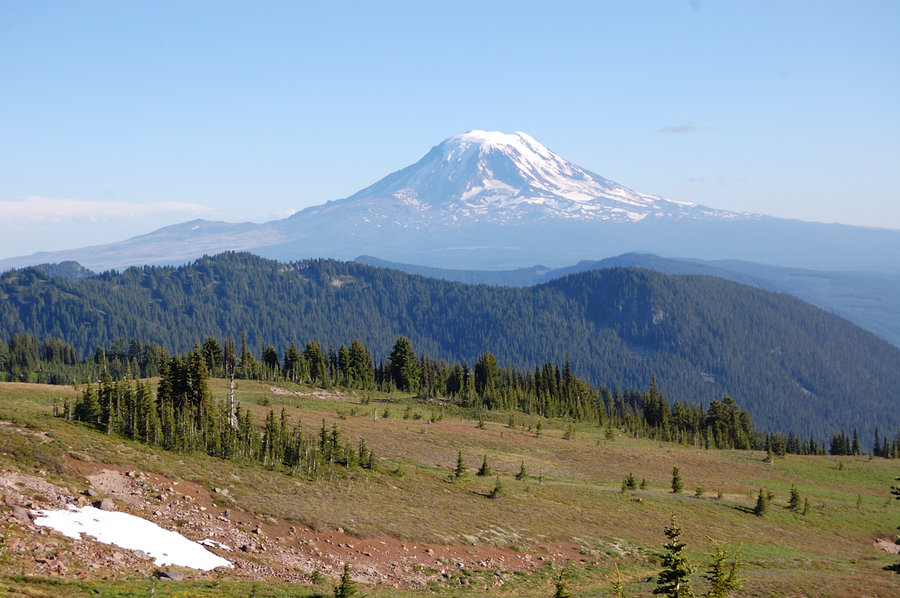 Sighted some marmots and goats, as usual. The goat pics were from false summit just below Hawkeye Point - abandoned my summit plan because I didn't want to disturb & chase the animals off. Relaxed and watched them do their thing at sunset, one came to me for photo op but my DSLR didn't quite make it 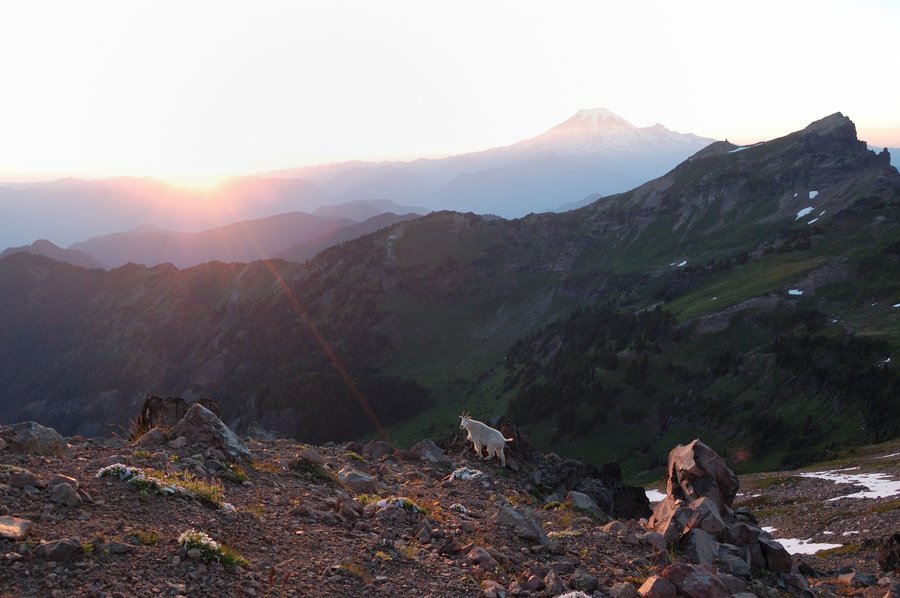 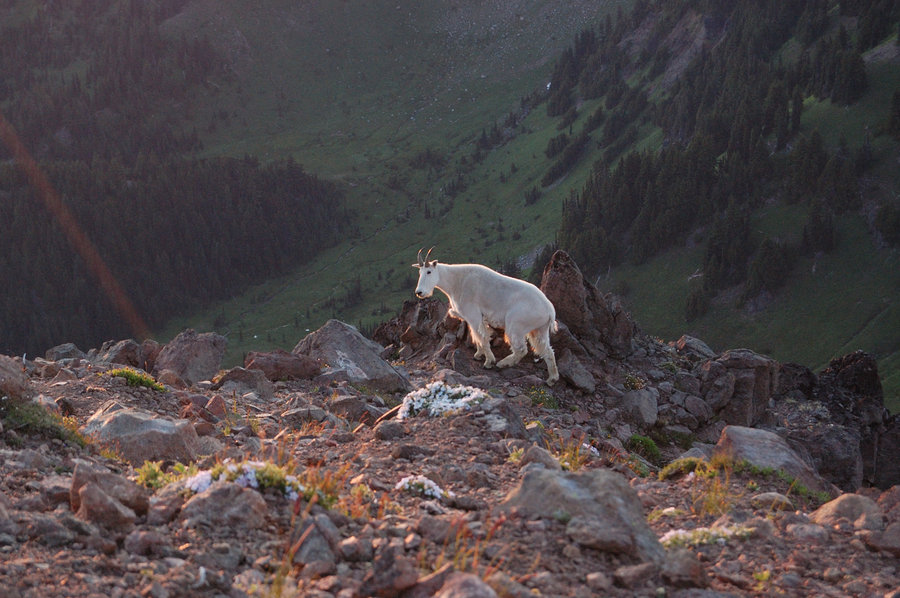 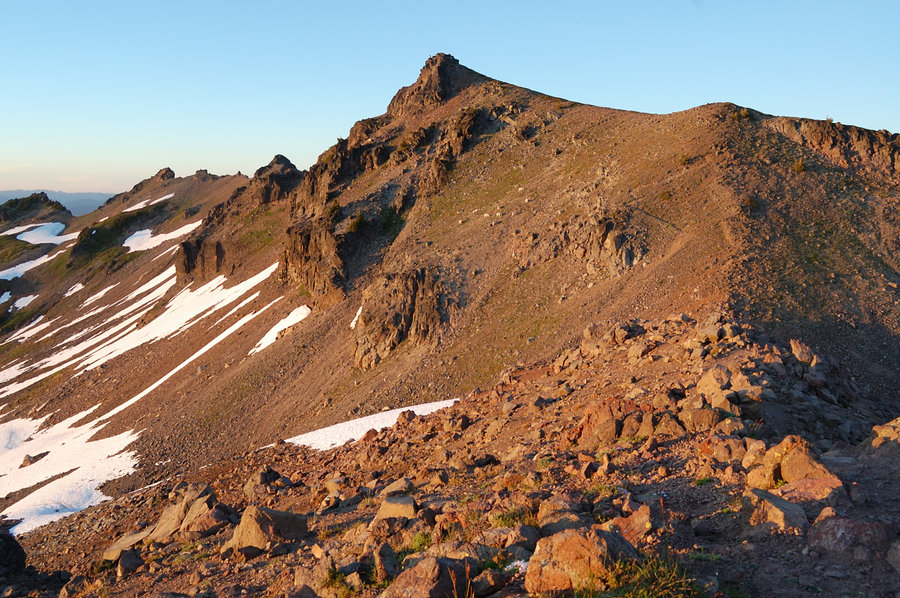 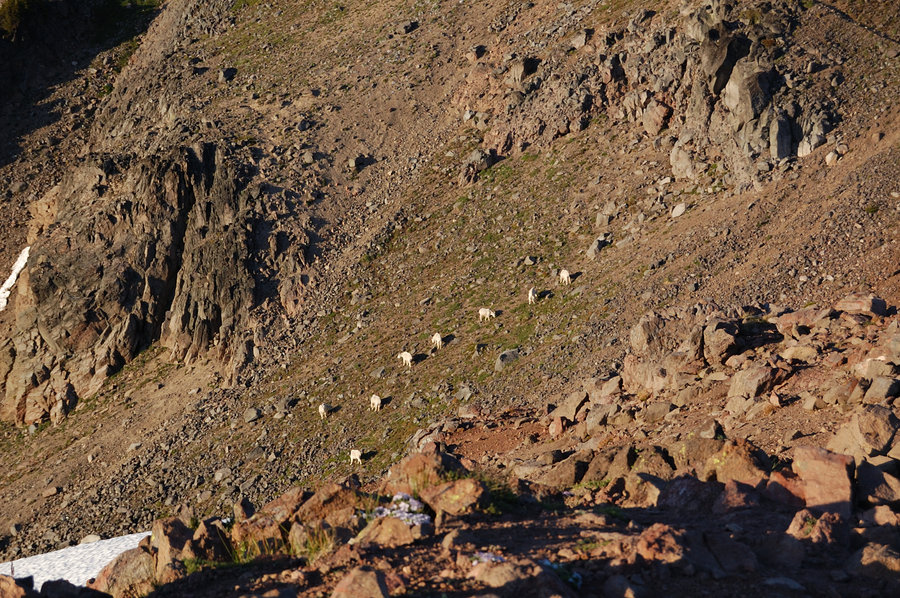 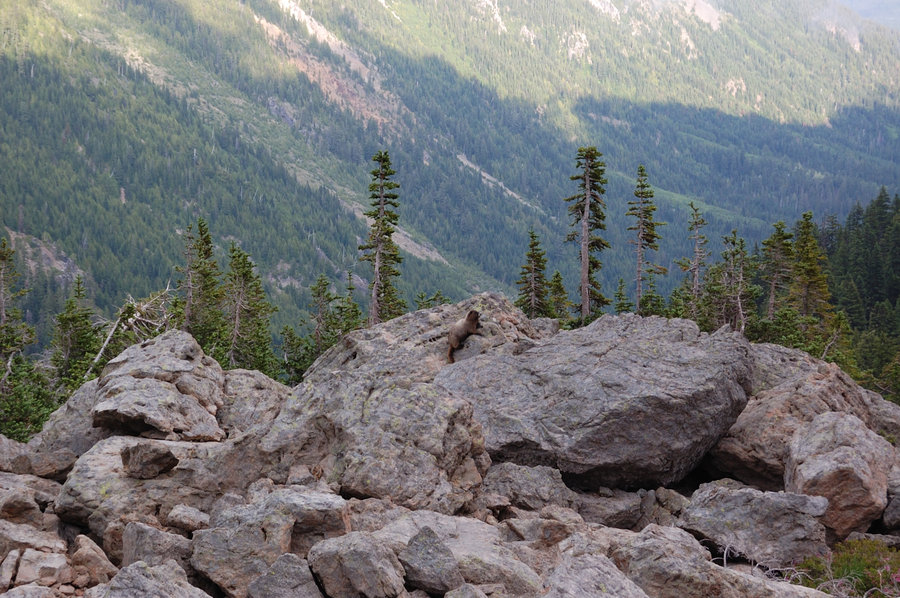 On Tuesday the 23rd, I was unexpectedly caught in the clouds - off trail and 2 passes from my camp. T-storm forecast definitely got me on high alert, but aside from 45F and cold wind everything turned out fine. The cloud show was amazing - here's a couple videos 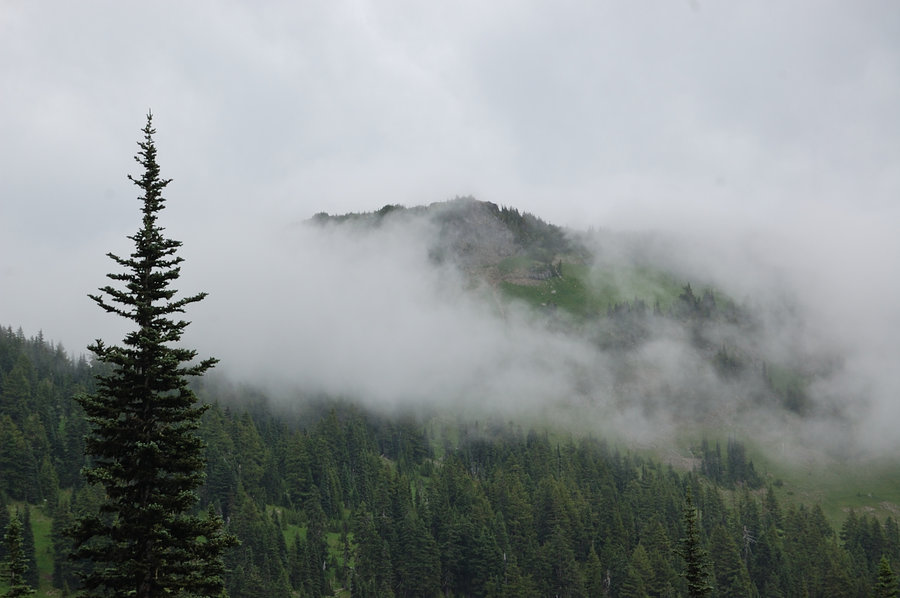 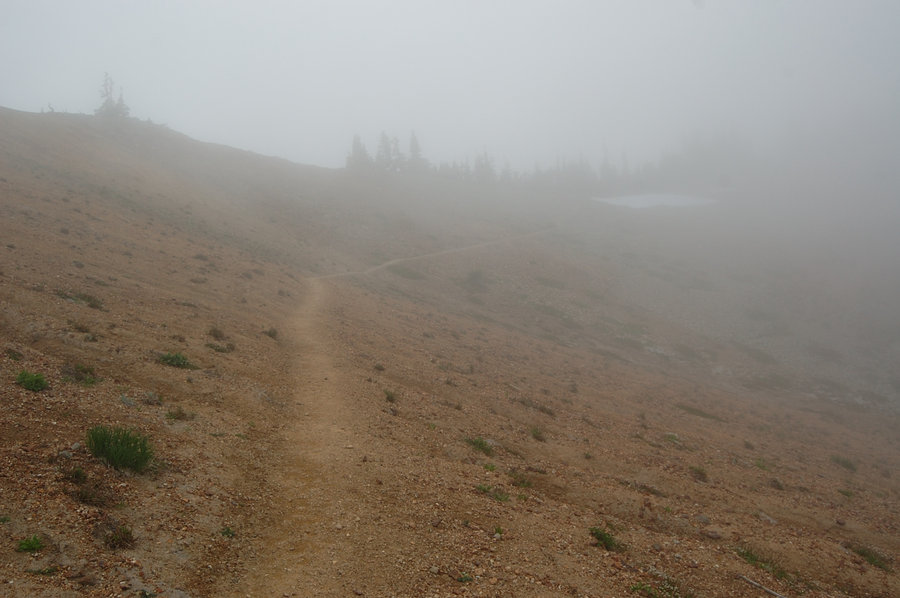 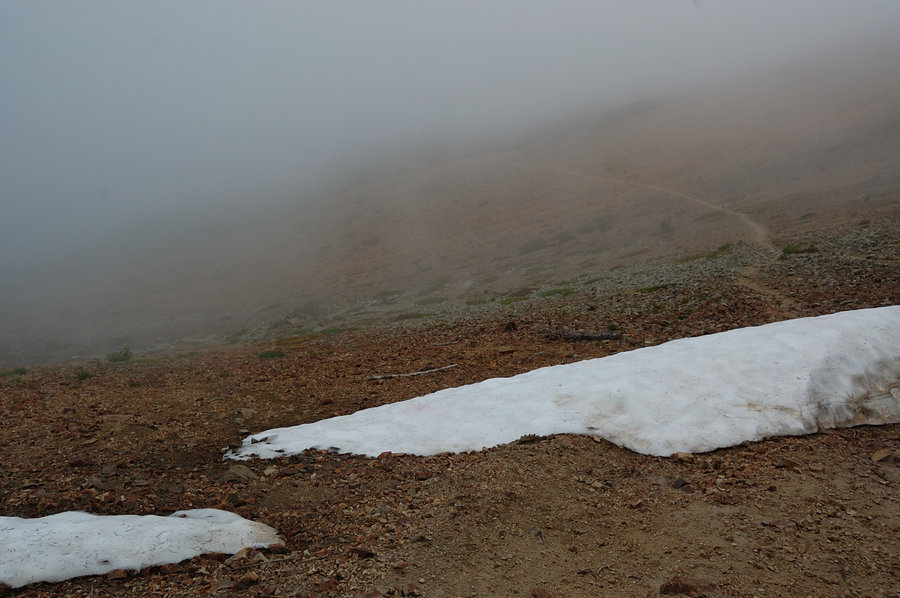 The weather parted by midnight, but it was pretty windy into next morning - glad I moved my camp 600 feet down the mountain. I saw some distant lightning in the middle of the night, but the storm passed well east of the area 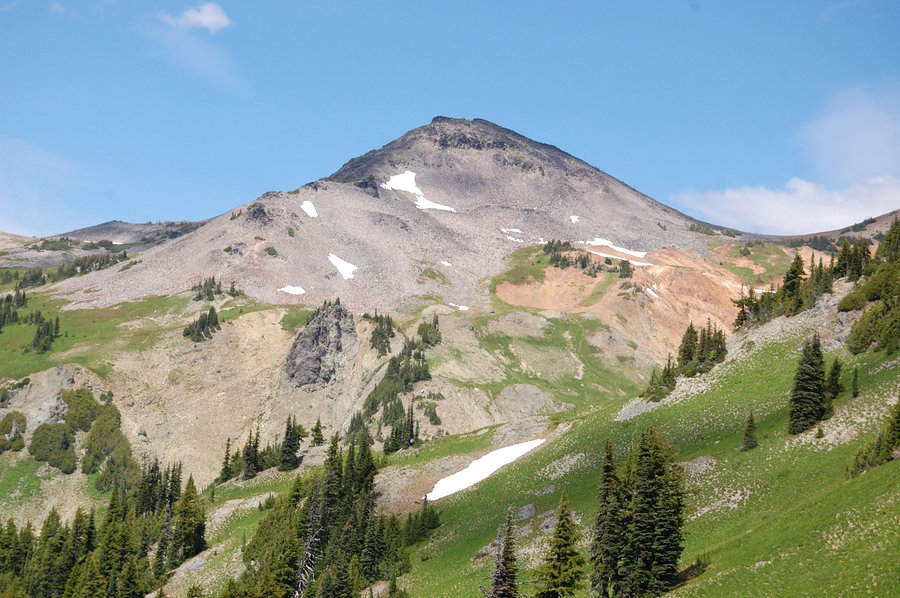 Lastly, mosquitoes may still be there, though probably past peak - remember to take you head net and repellant

(I took the former, but forgot the latter) 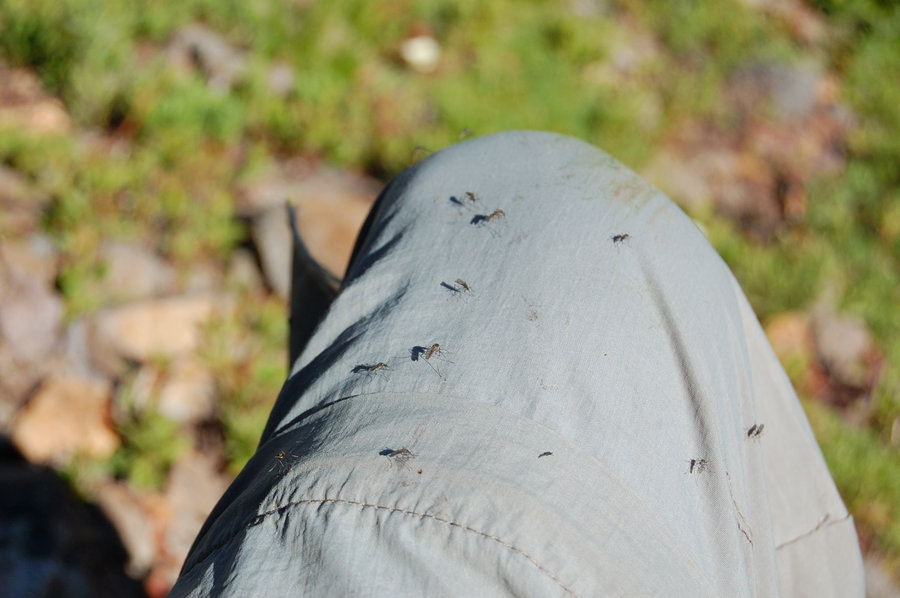 The mosquito shot was compelling!
Top

Nice trip, Roman. Funny about the cloud storm - the same thing happened to me the first time I went to the GR in 2009. We woke up at Snowgrass in a cloud and walked right up to the edge of Goat Lake and could barely see past the edge of the water.
Will hike off trail for fun.
Top

Good thing was, they weren't like this everywhere. Some places mozzies were swarming, in other places there were almost none (in general, the lower on the trail, the fewer they were). Used my head net and rain coat when I needed to stop, worked great

Bosterson wrote: ↑
July 30th, 2019, 9:27 pm
Nice trip, Roman. Funny about the cloud storm - the same thing happened to me the first time I went to the GR in 2009. We woke up at Snowgrass in a cloud and walked right up to the edge of Goat Lake and could barely see past the edge of the water.

Thanks Nat. Yes the weather in GR can get interesting, and sometimes in the matter of hours. Last week's "storm" was just a change in scenery, but 3 summers ago I had one of the most memorable hikes up there. I was going from Goat Ridge over the pass to Johnson Peak (early July = mostly on snow); the morning was sunny and warm, but as I spent time on the mountain and headed down, a few clouds grew into 100% cover, then mountains got shrouded in, and by the time I got up the pass at Hawkeye the wind got really strong - I wondered if it was safe to go over pass at the time. Having GPS on record mode was helpful to find my way back in the cloud.
(dots in the sky is just dirty camera sensor) 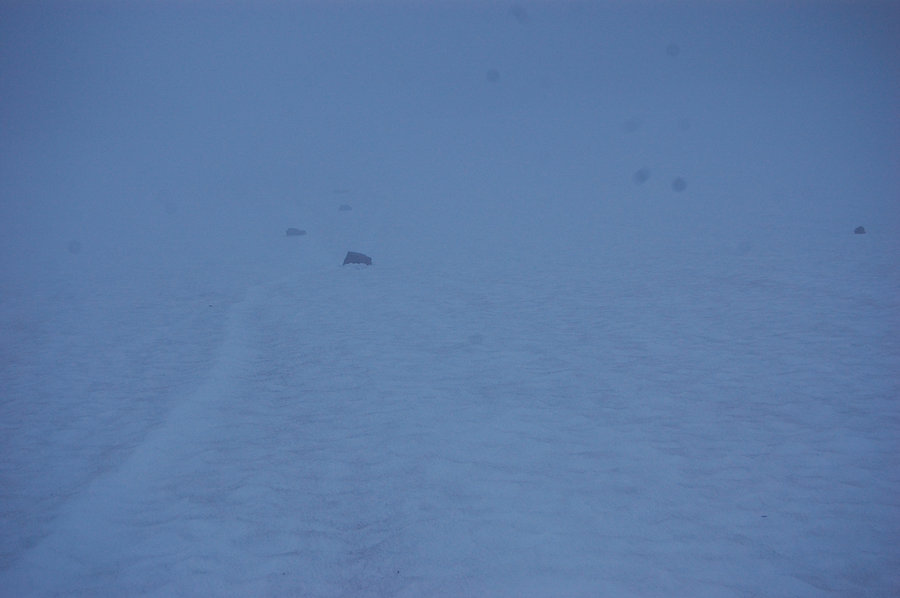