Solar eclipse (and LOTS of smoke) at Stahlman Point

Solar eclipse (and LOTS of smoke) at Stahlman Point

For eclipse weekend we stayed in a cabin at Detroit Lake thanks to a certain person's much-appreciated generosity. I set the alarm for 5am Monday morning and when I woke up in the pitch dark I thought "I can't believe I'm getting up before dawn so I can watch it get dark again in a few hours."

I hit the Stahlman Point Trail at 6:30am and booked it up the hill, making it to the top in one hour (and inhaling lots of smoke the whole way). There were already about a dozen people up there, which did not surprise me. I was glad I had gotten there early as there isn't much room on the summit. I staked a spot for me and Greg (he slept in and joined me later) and got out my Kindle. Some people were scrambling to the rocky prominence west of the summit. Looked like good viewing up there as well.

Here is how the view of Detroit Lake normally looks: 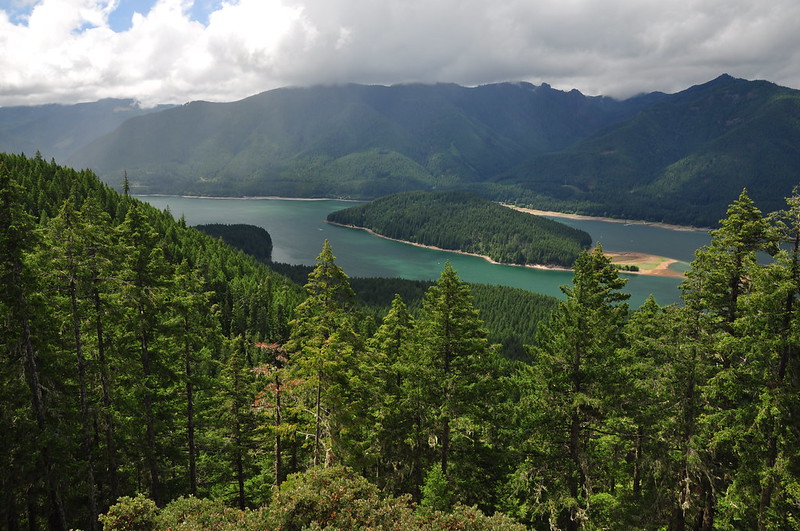 When I first arrived I could just barely make out the lake through the smoke. 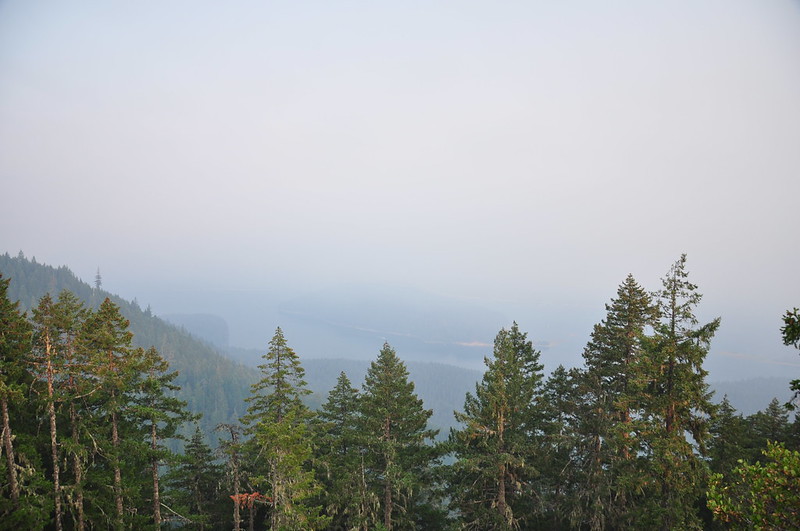 But after awhile I couldn't even see that. It was intense. 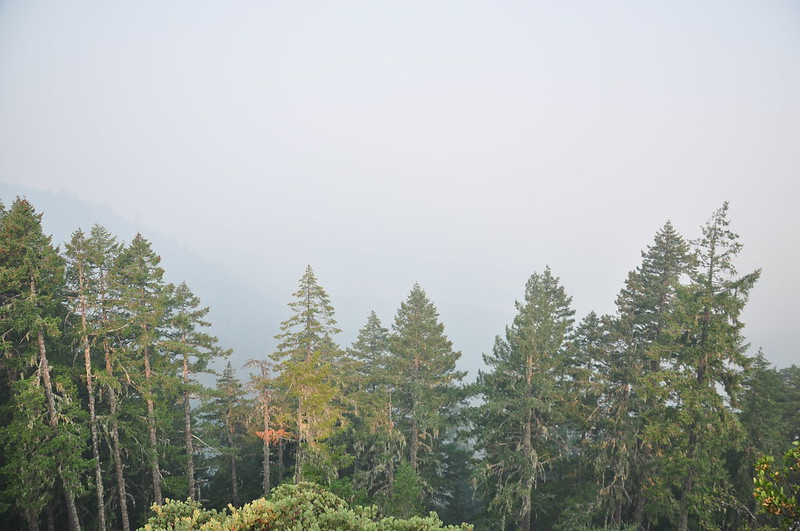 More and more people arrived. There were probably about three dozen on the summit, with more on the other prominence. We were packed in like sardines up there, but everyone was in a good mood and there were no fights or bickering.

Are we having fun yet? 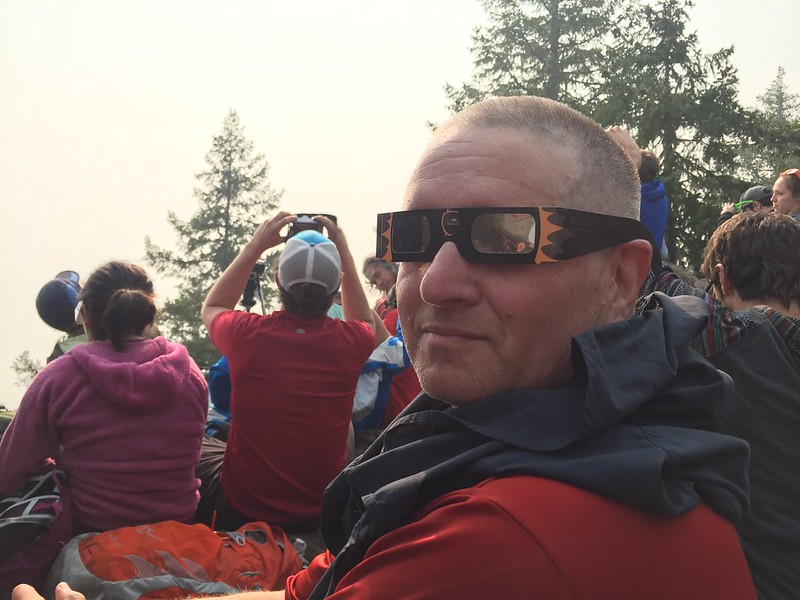 Fortunately the sun is pretty bright and we could see it through the smoke as the eclipse began a little after 9am. I did not do any photography research ahead of time or bring any special equipment for photographing the eclipse. But I did fire off a few quick shots just to see what would happen. This was shortly before totality: 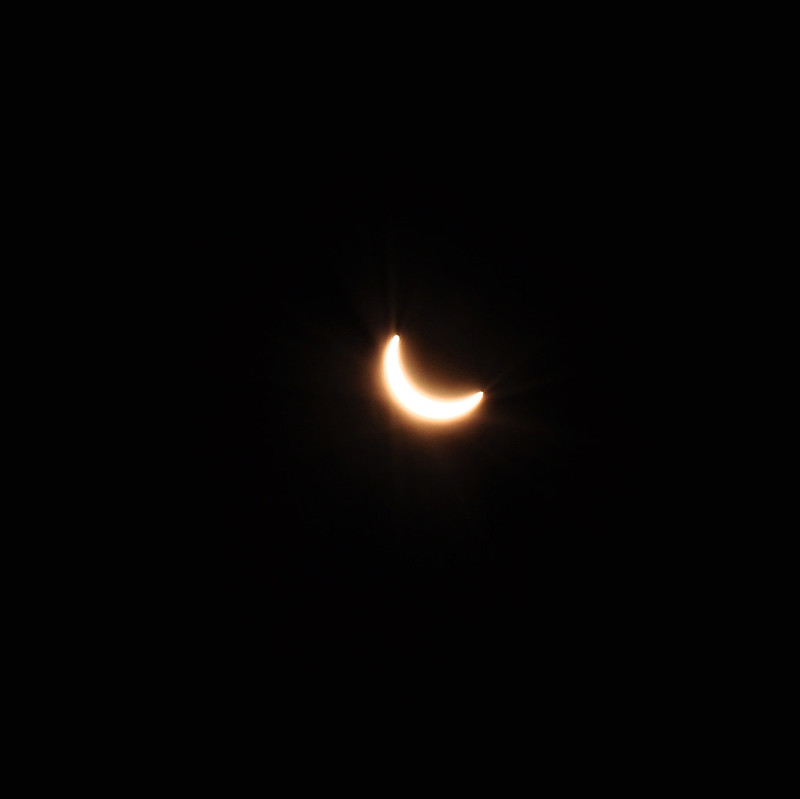 And this was during totality: 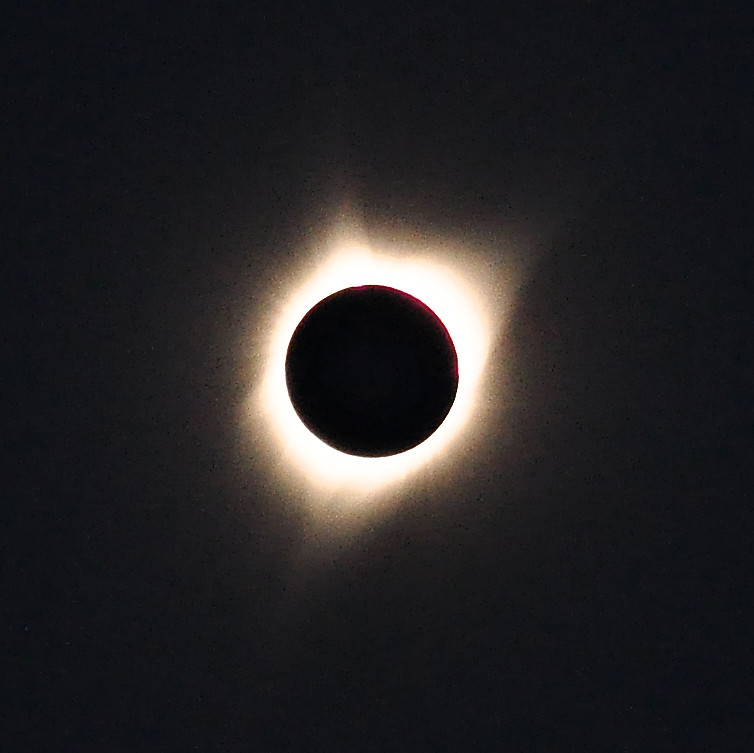 The descriptions and photos online didn't really prepare me for what totality would be like. It was pretty neat! And then it was over, oh so quickly. After months and months of hype the eclipse was over. I was glad I got to see it and glad that the weather cooperated. I probably won't have another opportunity to see a total eclipse. Every single thing we had with us on the summit reeked of smoke afterward, but it was worth it. The only bummer with the smoke was not getting the "sunset look" on the horizon that I've read about in other accounts. (Pablo got a picture from his vantage point.)

Re: Solar eclipse (and LOTS of smoke) at Stahlman Point

That's too bad about the smoke. Sounds like it was still a pretty awesome viewing spot though. It is surprising to me just how many people made it up to these lesser known vantage points for the eclipse. I knew there'd be a lot of people here for the event, but the effort so many were willing to expend to be somewhere special was not something I expected. Note to self: Never underestimate the human spirit!
.
You have to milk the cow a lot to make a bit of cheese.
~Henri Cartier-Bresson