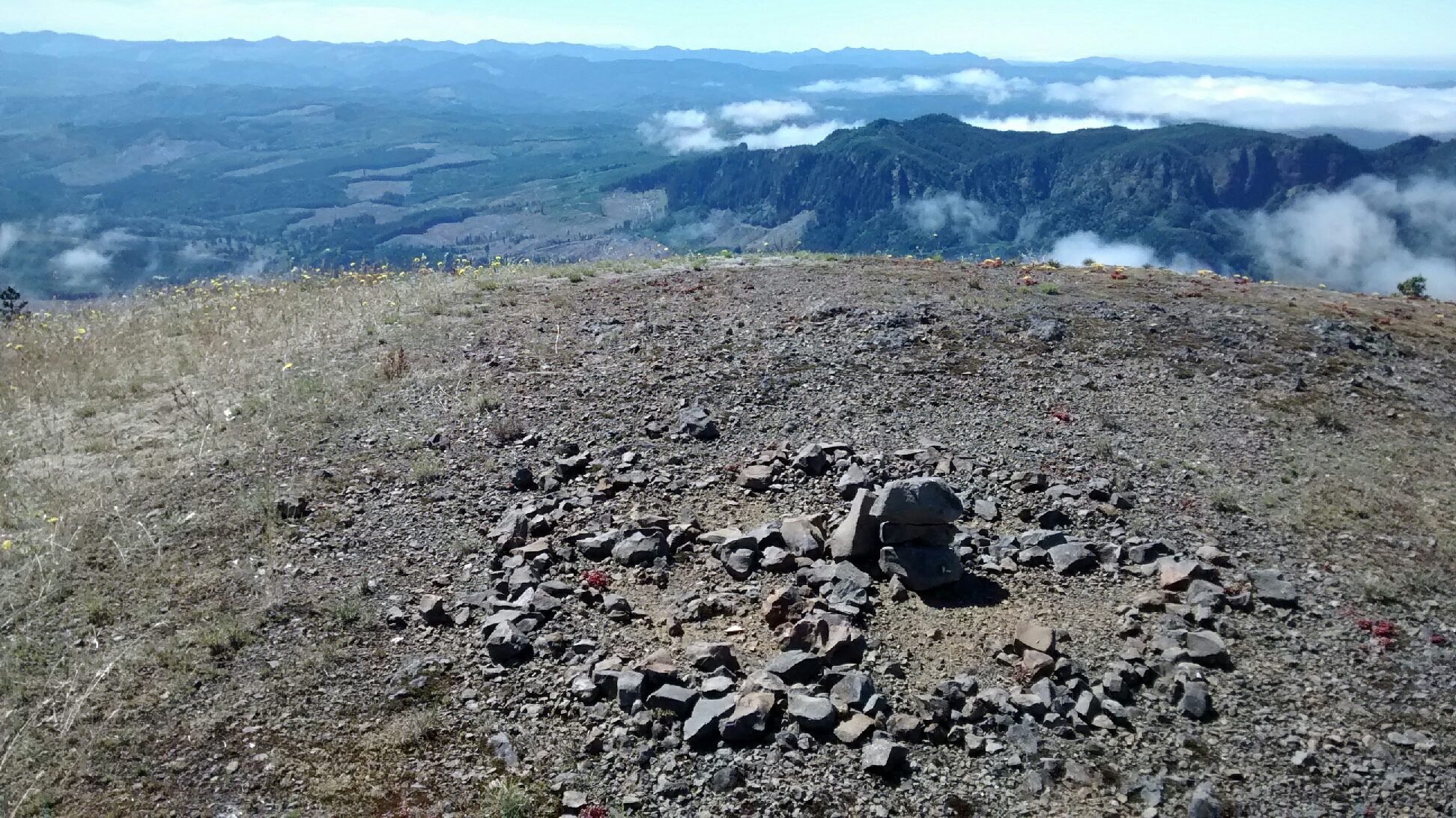 by adamschneider
I've seen that one, and it's more of a compass than a peace sign. 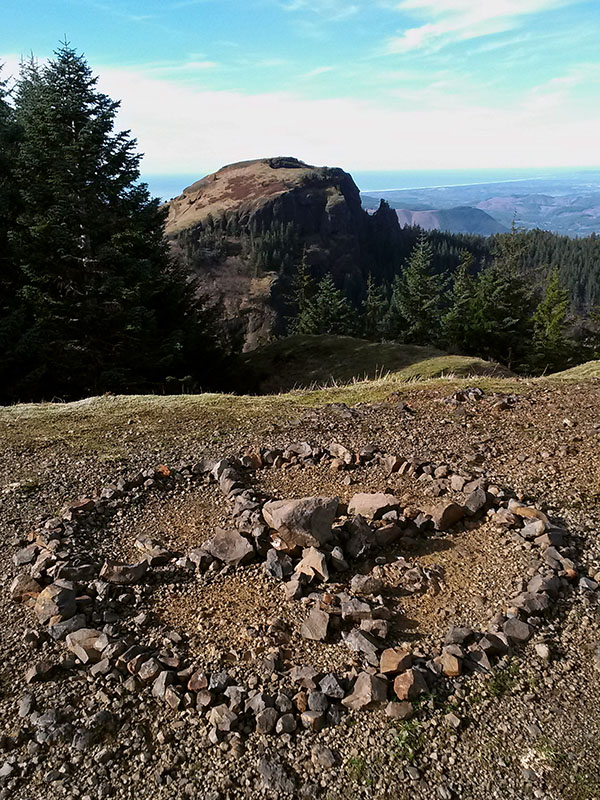 by Chip Down
Guy: I thought that too, until I got closer.

Adam: Well done. I figured somebody would recognize it.

Chip Down wrote:Adam: Well done. I figured somebody would recognize it.

...except that not very many people go to the "other" side of Saddle Mountain!

by Koda
what’s funny is I've never actually gone to the other summit but instantly recognised the first photo because of all the photos of it posted here on this forum over the years. Then Adams picture confirmed it.

I wasn’t going to say anything though...

by Chip Down
Oh! I just realized I've seen Adam's pic before, in a TR where I posted a reply, just earlier this year.

by Chip Down
recent sightings:

(I think the first one is natural...was out of the way, and would require a lot of work to get that top rock up there)

by retired jerry
That's what I was going to say, Tom only half kicked it down

by Splintercat
This sort of cairn is why I had to enroll in a karate course....