maybe it has something to do with motor cycles? But they're not normally so regular.
Top

Decorative or functional? Hard to say what the stacker intended.
Elevator shaft at sunrise.

I kind of liked this one at Mt. Rainier: 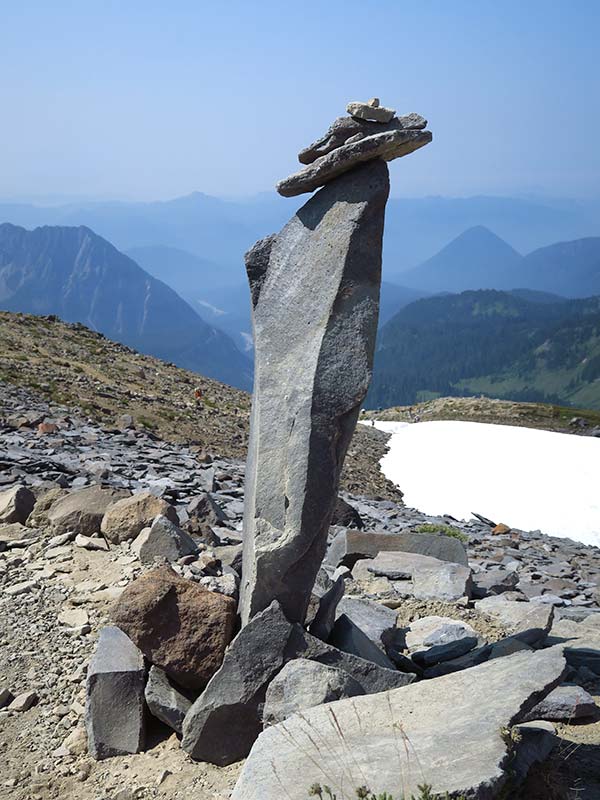 It's been so long since I spotted an interesting cairn, I had to seek Google's help to locate this thread!

"Your message contains too few characters."

Same book: bumper stickers. Imposing on others just trying to get to their jobs each day....
Top

found while exploring an abandoned road

I recently hiked in the Monument Rock Wilderness and the attached picture is the cairn on top of the peak that the wilderness is named for. In the background is Bullrun Rock which we also visited. I hope no one kicks that big old historic cairn over.

You wouldn't guess from this pic, but this was a beautiful viewpoint on a beautiful peak. I know it doesn't look like much here. I suspect there was a lookout.