This is a short hike to a neat lake and a big tree - but not one with much in the way of views. Hence it had fallen down on the to do list. But with smoke from large wildfires both to the N near Canyonville and from the S in California severely limiting visibility, a lake and a tree seemed like a fair trade for views. The Seven Lakes trail (USFS Trail #981) is probably the most popular and most used western approach into the Seven Lakes Basin of the Sky Lakes Wilderness. It's a little rocky but has recently received maintenance that removed this year's crop of fallen trees, making it an easy cruise. 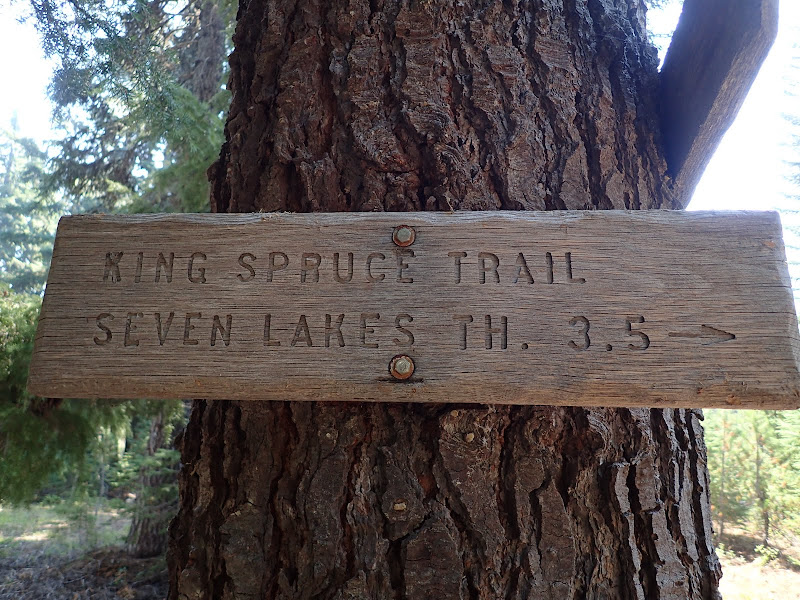 About 2 mi in, I came to Frog Lake, which looked like this as recently as May (remember when moisture came out of the sky?), 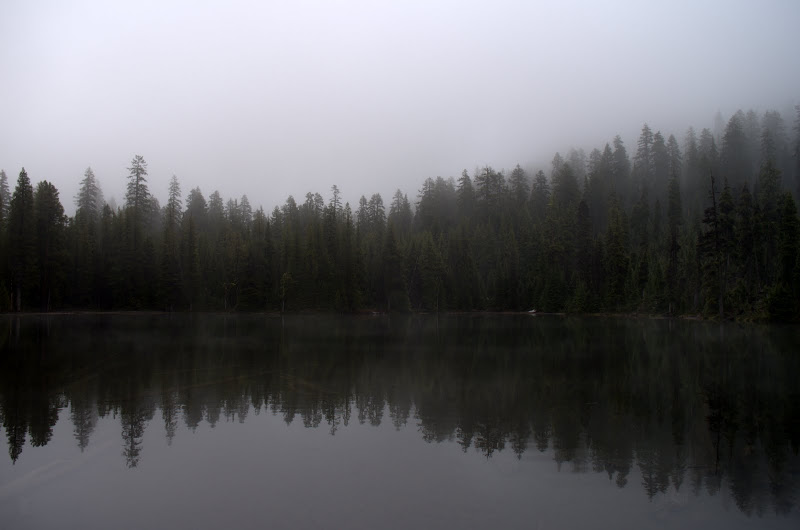 then on a clear, bright, sunny day last June, 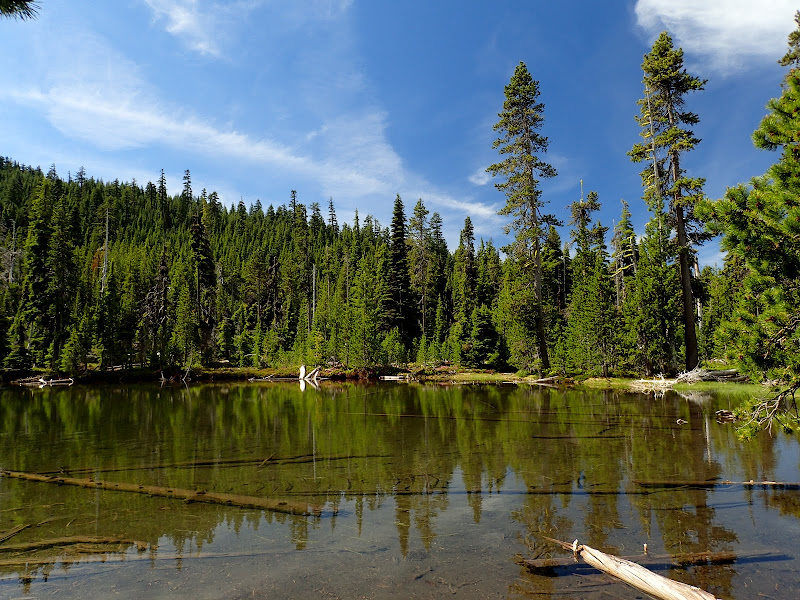 to now, on a hot, smokey day in August, with its water level down a few feet. 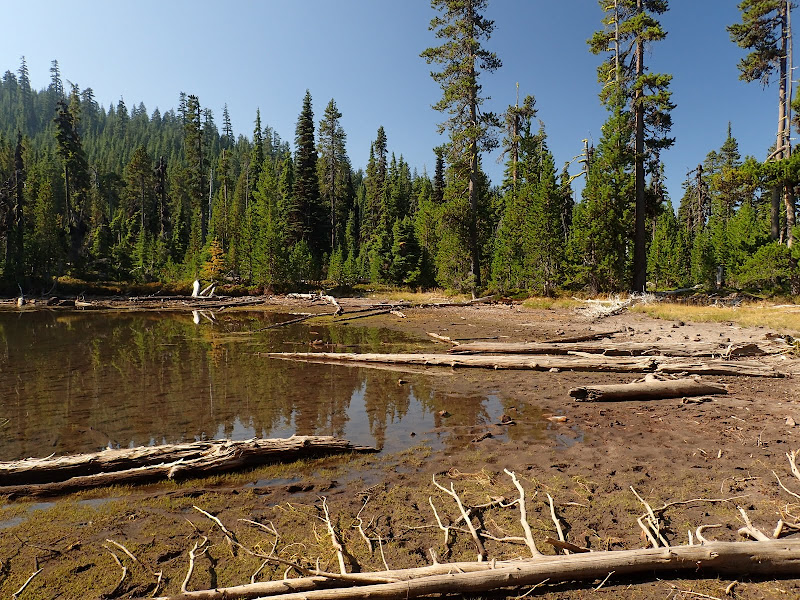 Trail #981 continues E to a saddle just N of Venus (peak), where it junctions with the Alta Lake trail (USFS Trail #979). A little down and N on that trail brought me to Lake Alta, which managed to look cool and refreshing in the day's rising heat. Only about 4 mi from the TH, this long lake has several great campsites at a crisp altitude of 6,800'. 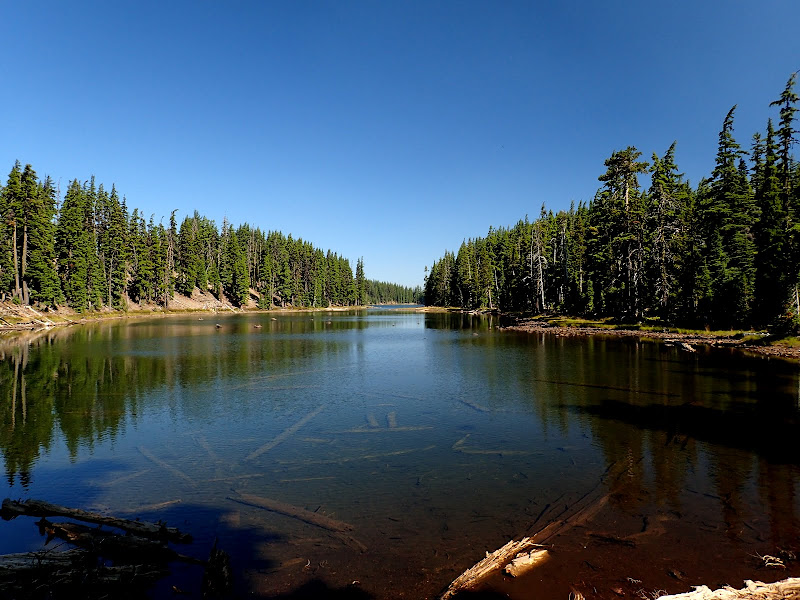 But even it was showing the effects of years of low snow and precip. 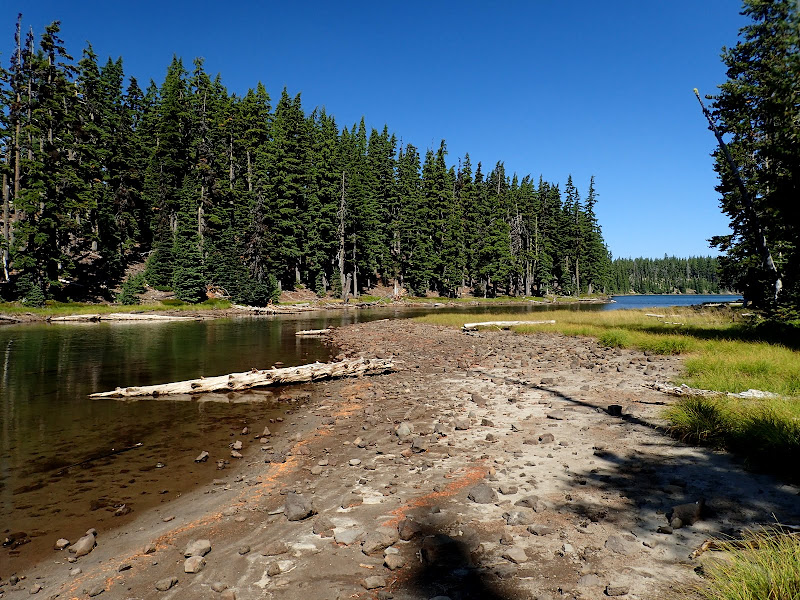 The #979 runs along the E shore of the lake, then heads N from its northern end, where I got a look back at Lucifer (peak) on the smokey horizon (Lucifer TR). 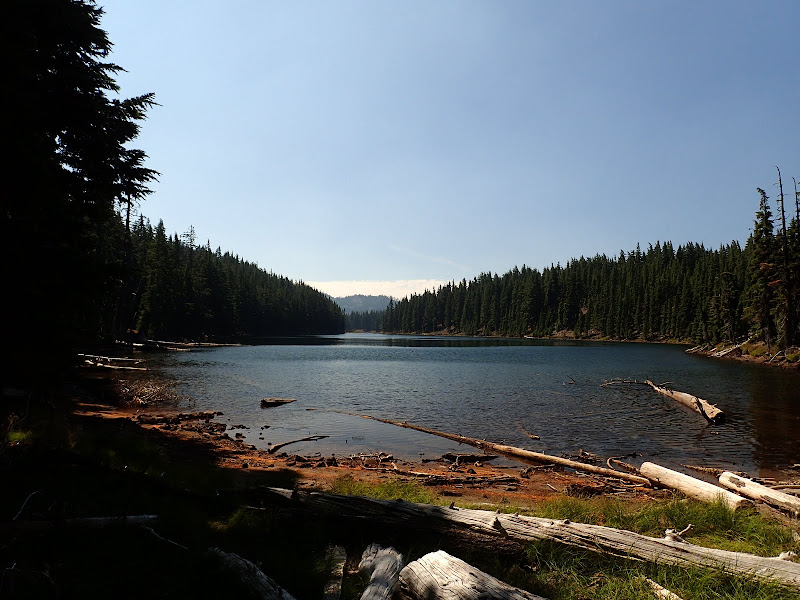 The #979 is only lightly maintained - probably by volunteers - but is open and easy to follow. It passes Boulder Pond - which has been known to hold water as late as September (but not this year) - 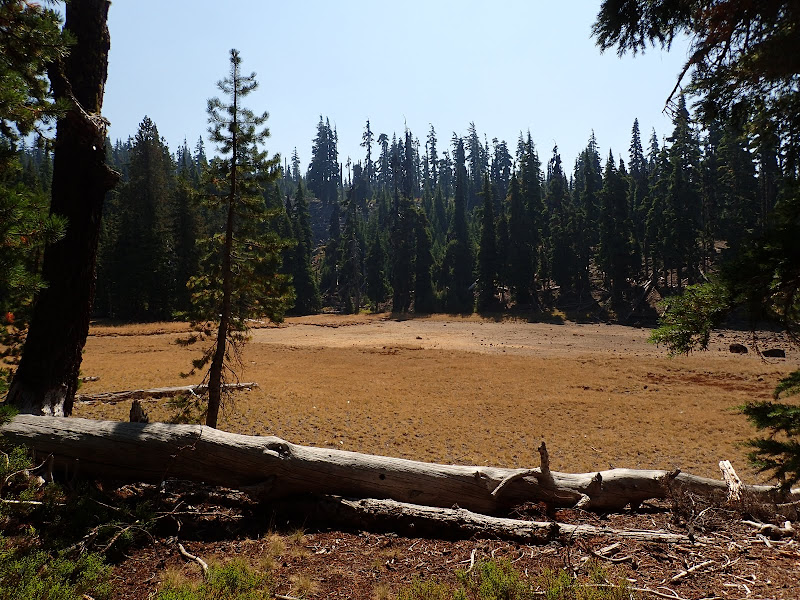 before reaching a junction with the King Spruce trail (USFS Trail #980). 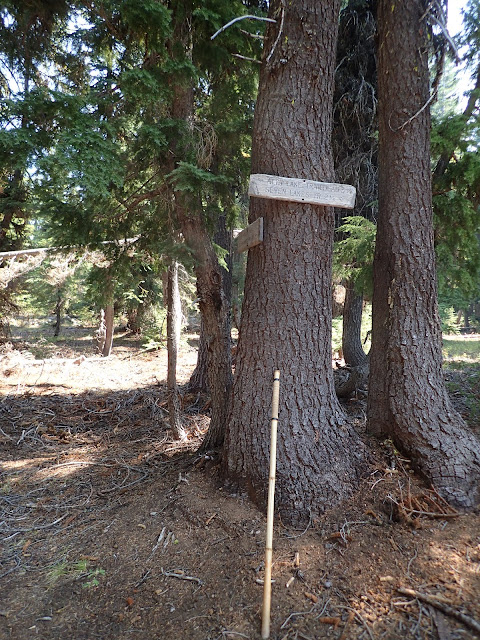 The USFS's description of this trail - which I read after I got back - is both grim and somewhat contradictory - is it open or closed? It certainly hasn't received any maintenance in a long while and is suffering from fallen trees, overgrown vegetation, and worn and slumped tread. But it wasn't too hard to follow now but is obviously slowly slipping away.

I was a bit surprised to find the springs shown on the map actually flowing - even in this dry year! 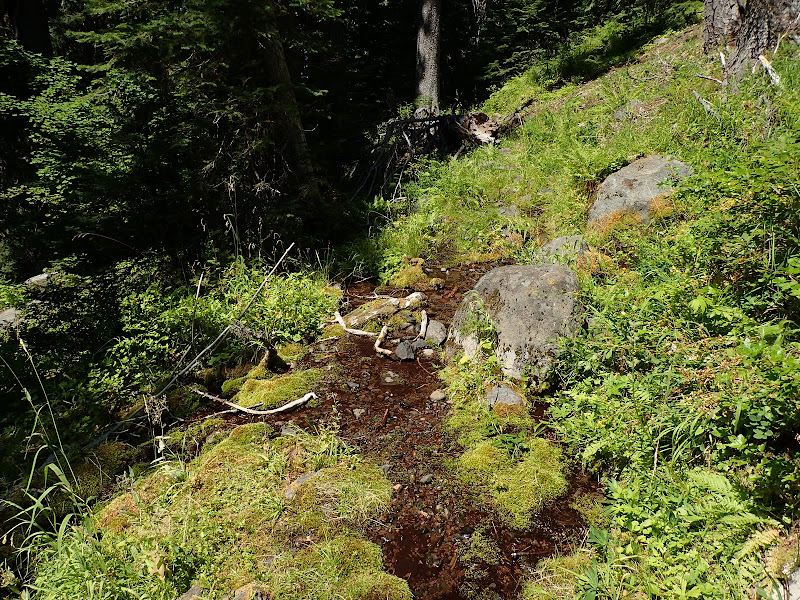 I saw a very large spruce tree - at least 10-11' DBH - just off the trail but couldn't be sure it was the official "King Spruce" or not. Still, it was the biggest tree I could see among several other large trees, so I'm taking it as the King (tree that is). 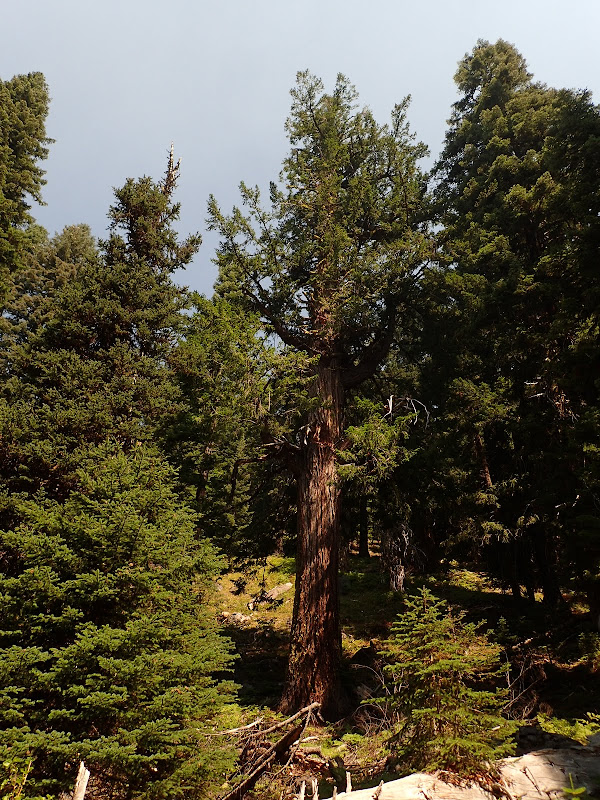 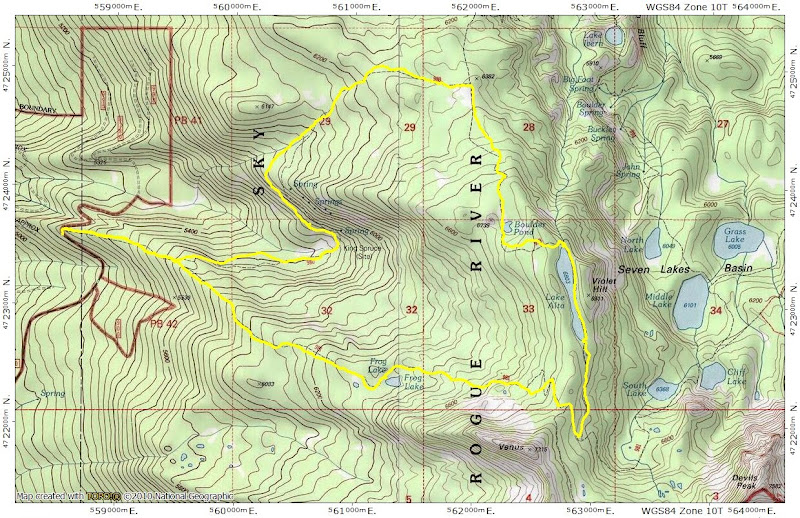 Thanks for posting, Bruce - another lesser-known gem! The then-and-now photos are especially cool, although a bit worrisome. Here's hoping for a very deep snow pack and a very long spring in 2016..!