The TR of our scramble up Pilot Rock (Pilot Rock) drew a question from mileagemike25000 about the Soda Mountain Wilderness. In trying to answer his question, I did some quick research on trails in this wilderness and came up with not much, other than the PCT along its northern boundary. Further digging took me to the Siskiyou Mountain Club's Lone Pilot Trail (SMC Lone Pilot) - a trail that the Club constructed along roads that had been abandoned long before the wilderness was designated. These old roads are fortuitous in that money for building new trails from scratch seems nonexistent. So kudos to the Club for creating this trail as it is the only way you can explore the depths of the western half of the wilderness without bushwhacking. It also provides a neat way to literally circumnavigate Pilot Rock. So with the Loved One committed to a home improvement project for the day, I headed to the wilderness alone (

) to trod the Lone Pilot. 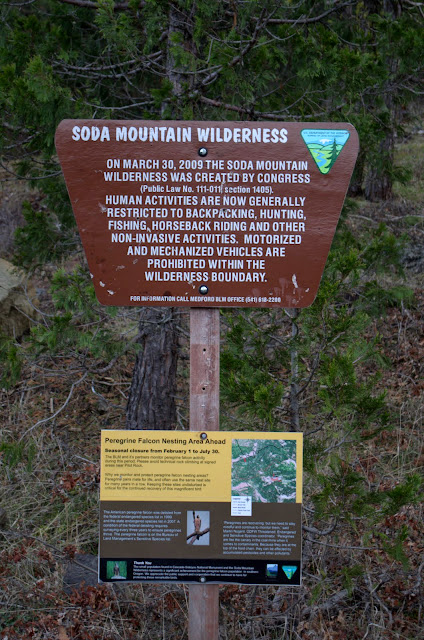 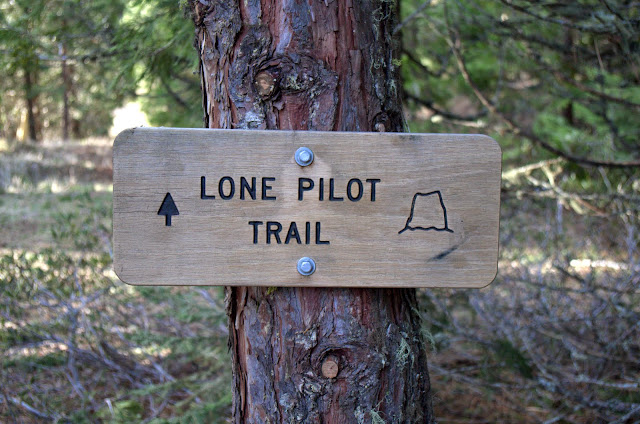 I caught a glimpse of Mt. McLoughlin early on but would spend most of the day on the S side of the range, where Mt. Shasta dominates the horizon. 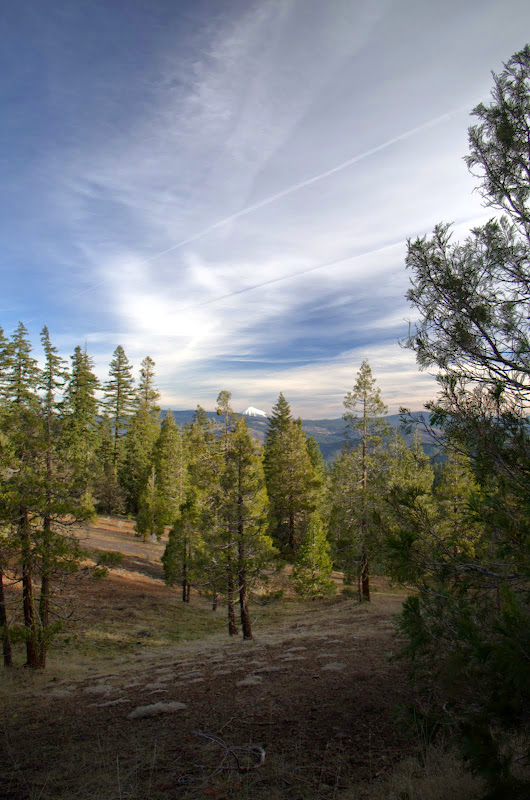 After topping the crest, the trail heads S through some large meadows (still a little early for lots of flowers), 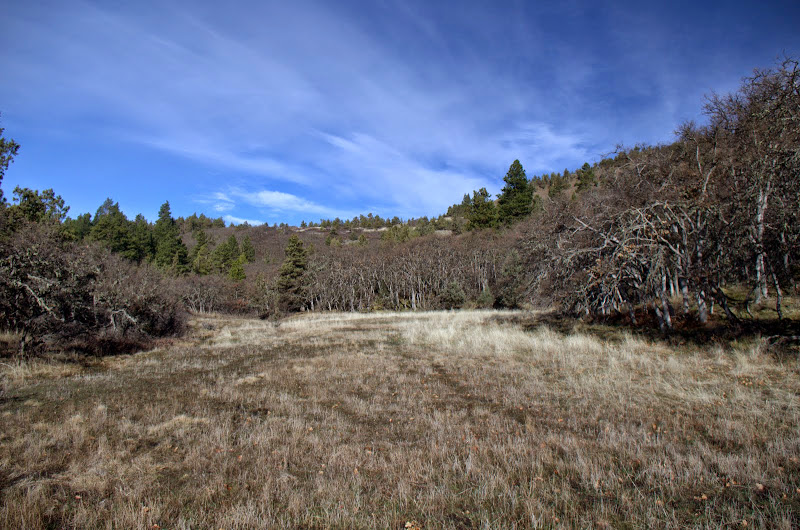 gives you a big view of Shasta (the first of many), 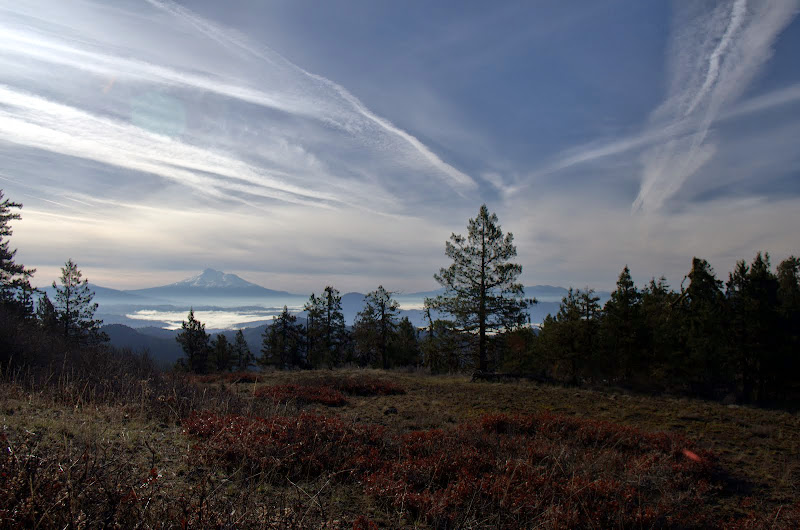 passes an abandoned stock pond that is now frog heaven, 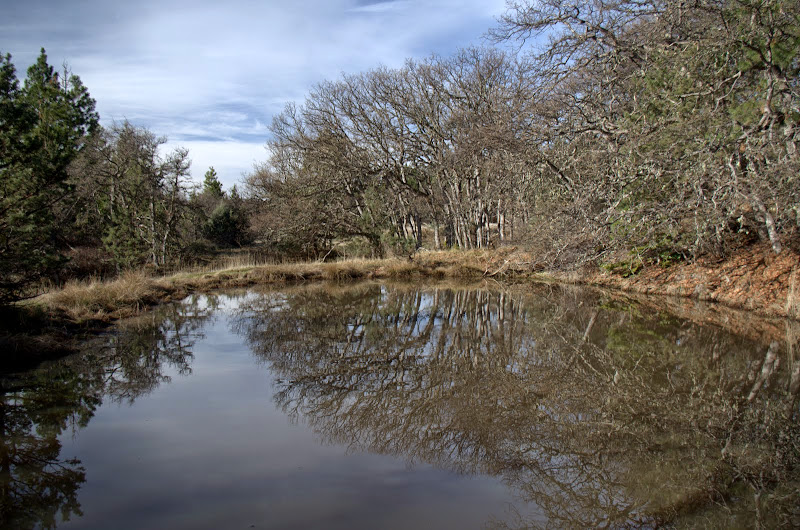 before swinging E around Pilot Rock. 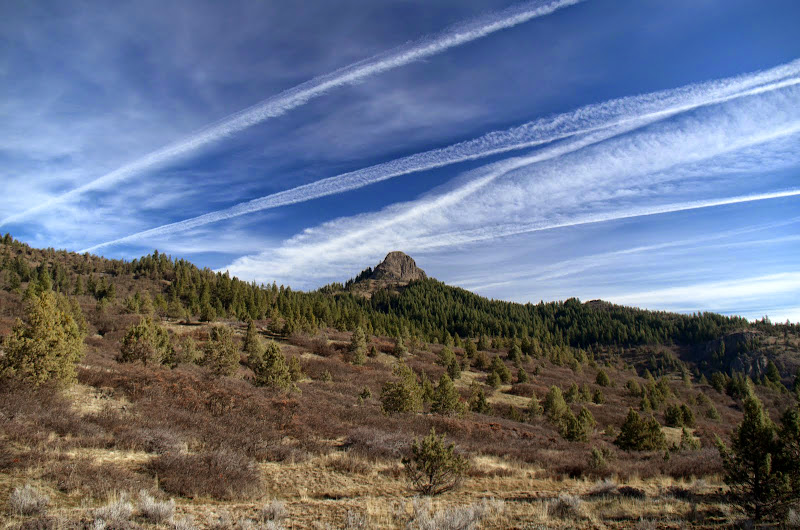 The trail cuts in and out of ravines throughout its length and these ravines harbor microclimates and habitats quite different from the S-facing ridges. After a walk through open meadows, I'd turn a corner and be plunged into a dense Ponderosa forest within a hundred yards. This would provide cool relief if you hiked this in summer. 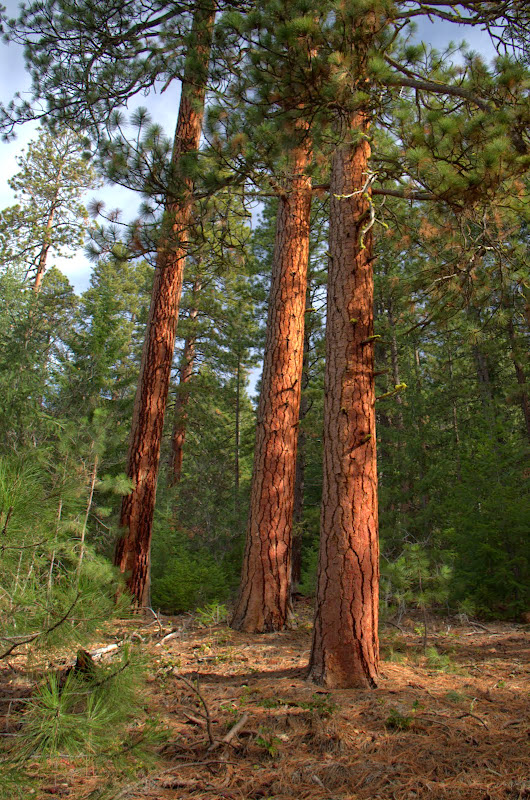 Then the trail would climb out of the ravine and provide big views of my route (arrows), 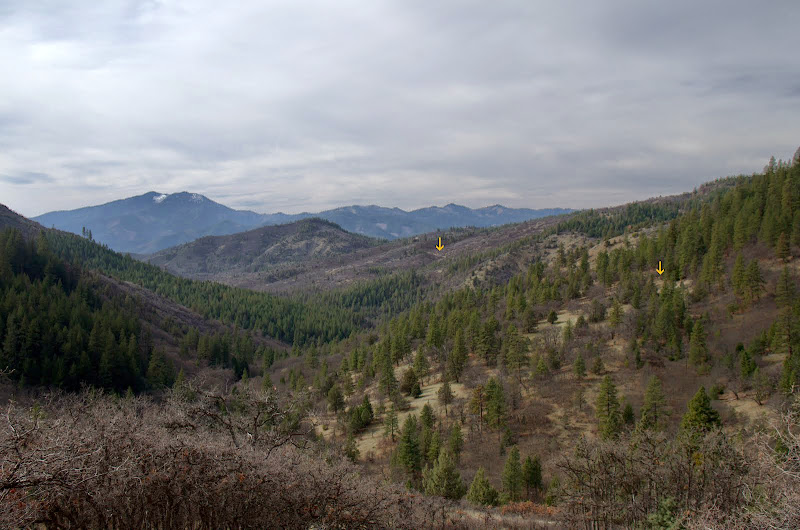 and of the ever present beacon of Pilot Rock. 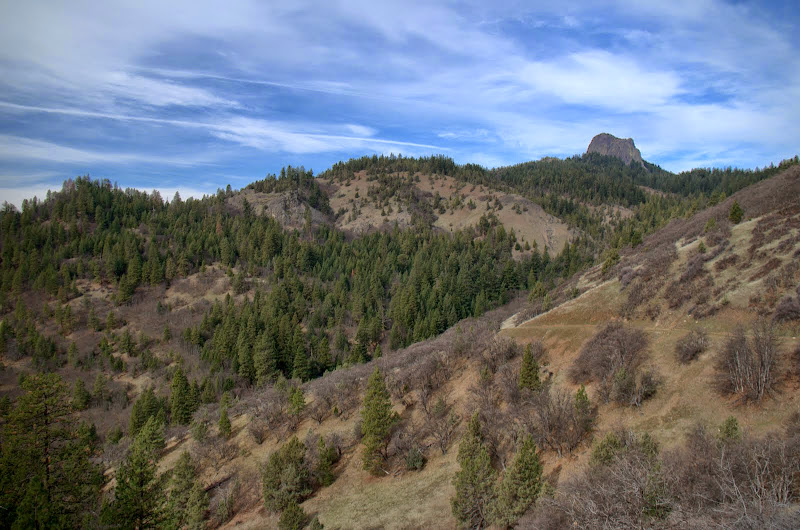 About 8 mi in, the trail drops to its low point along an unnamed creek, where it looked like the SMC had to do quite a bit of brushing to keep the road/trail open. 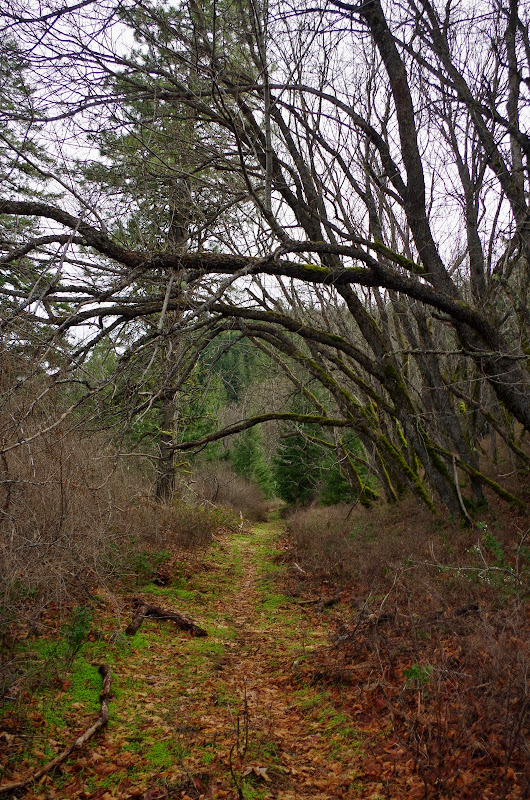 From there, the trail started a long, slow climb up through oak forests, 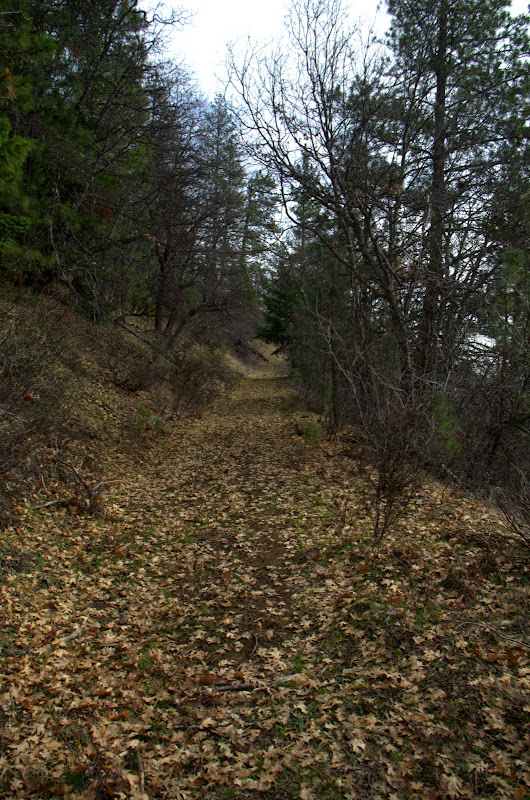 to a crossing of Scotch Creek, 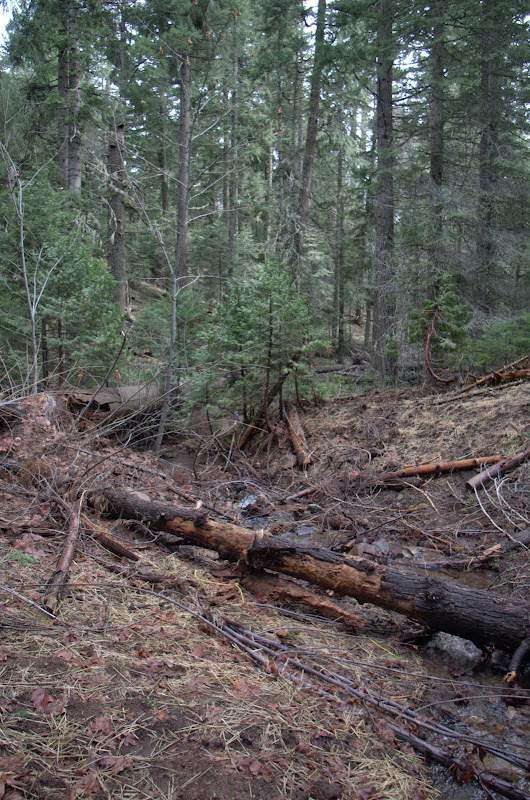 and then on up to a view of snow-covered Mt. Ashland to the N, 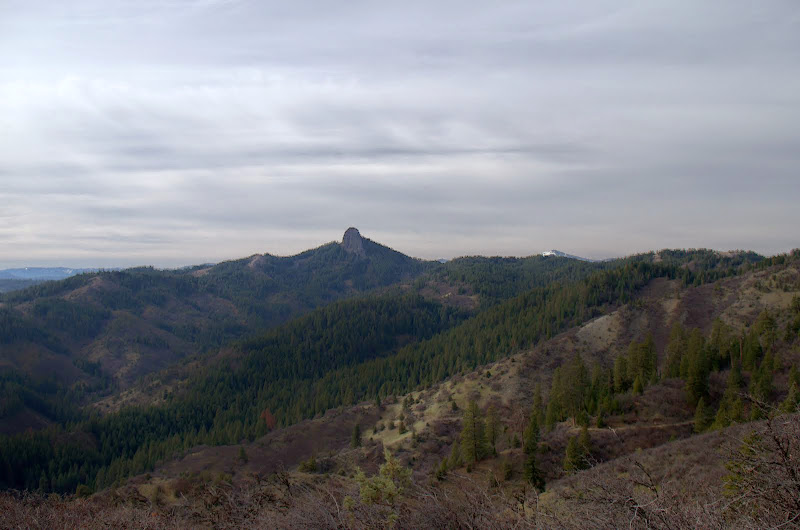 and Shasta, Black Butte, and Mt. Eddy to the S. 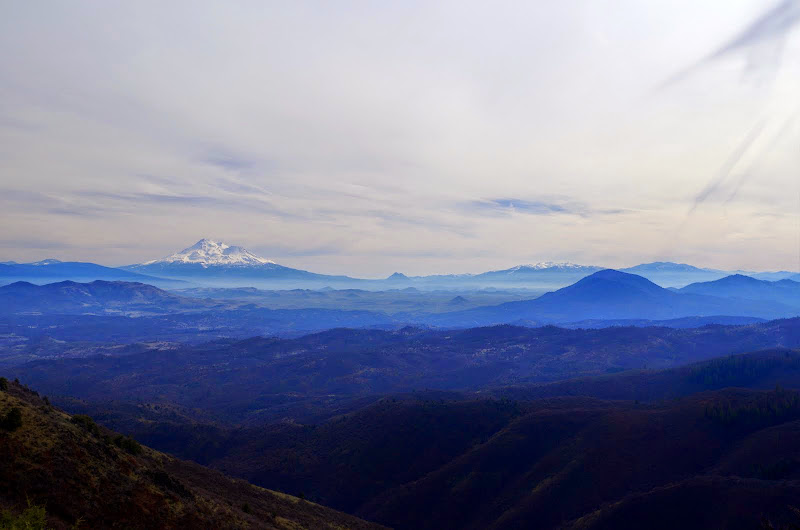 Eventually, I reached the top of Lone Pine Ridge, which I would follow N to the PCT. It's hard to tell here that the trail (arrow) was ever an old road. 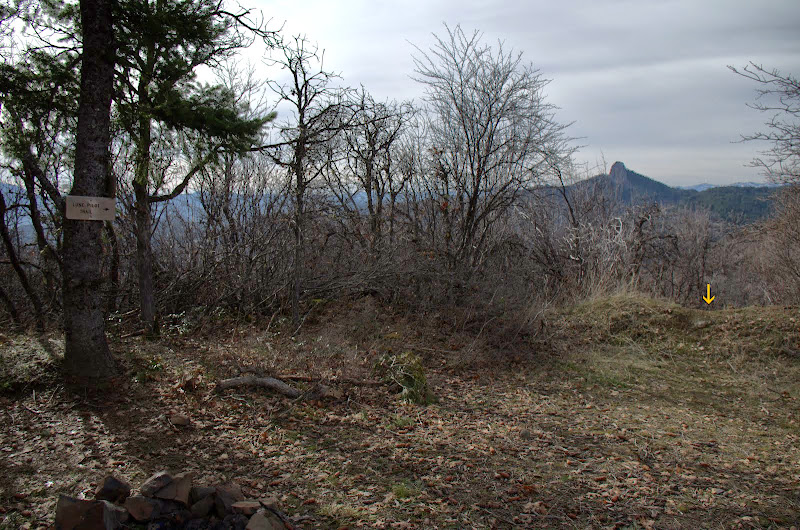 The trail along the ridge undulates gently through forests and vistas, 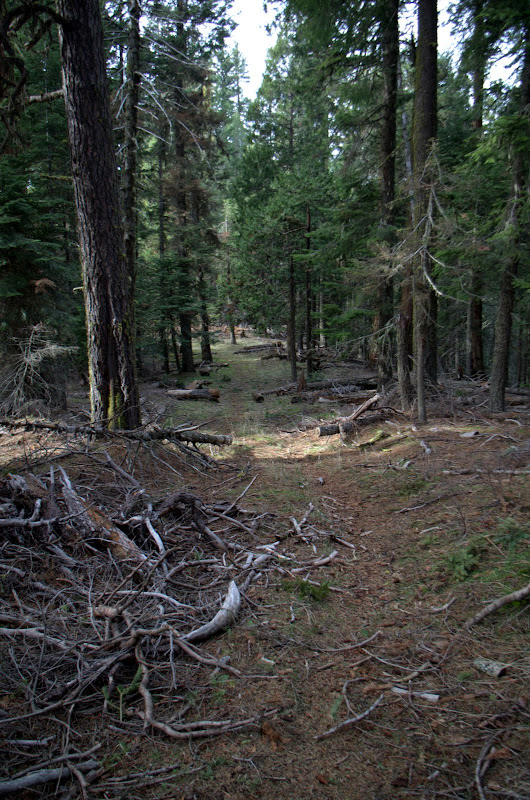 before encountering a steep, loose cliff that forces it to lose elevation and forced me to do a late-in-the-day climb back up to the PCT. 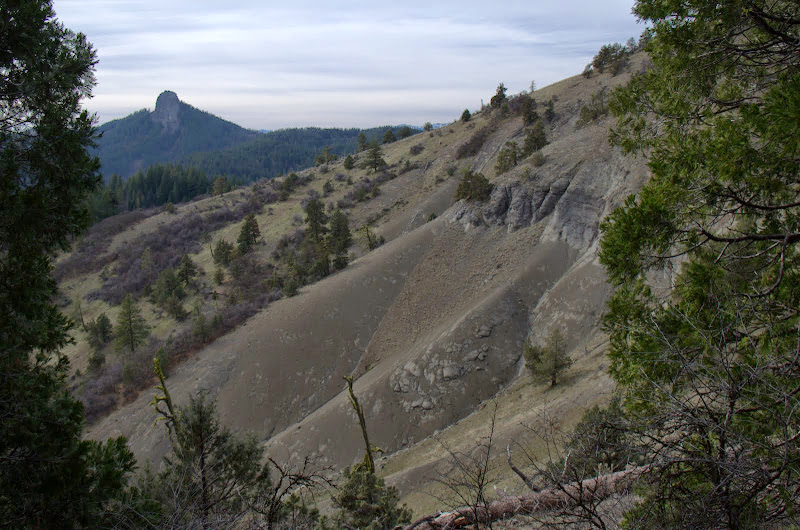 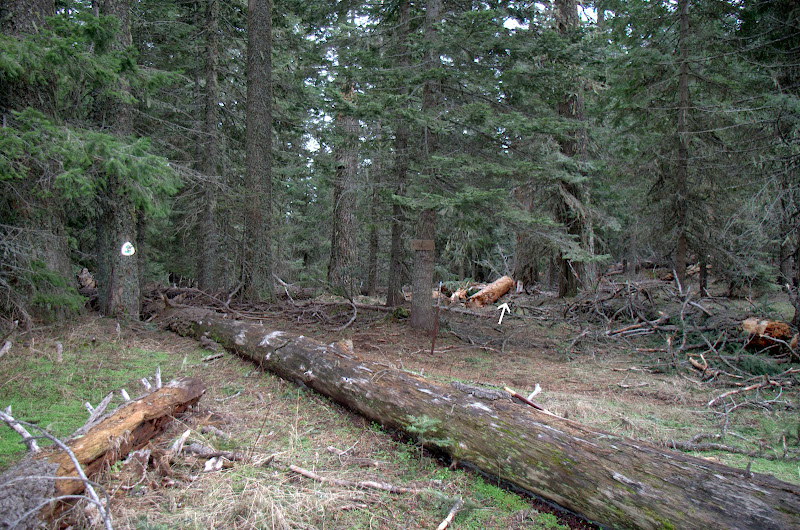 From the junction, I ambled W on the PCT, catching a last view of Shasta, 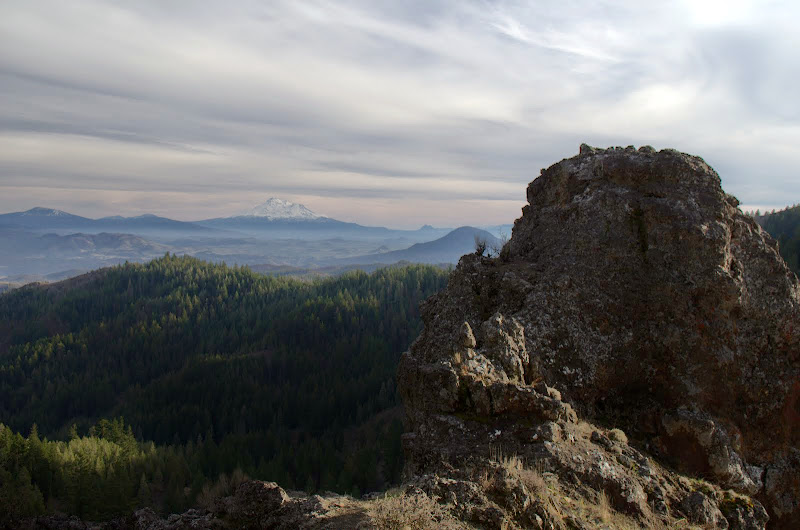 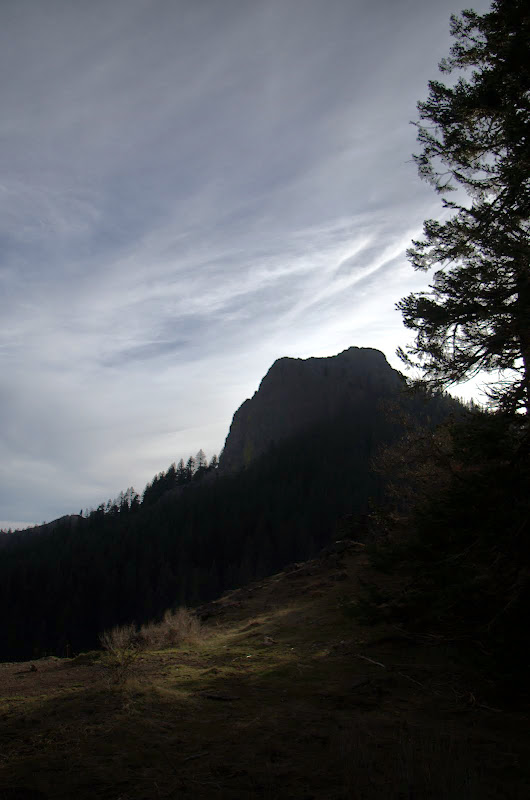 before getting back to the TH late in the day (but I got a later than usual start). 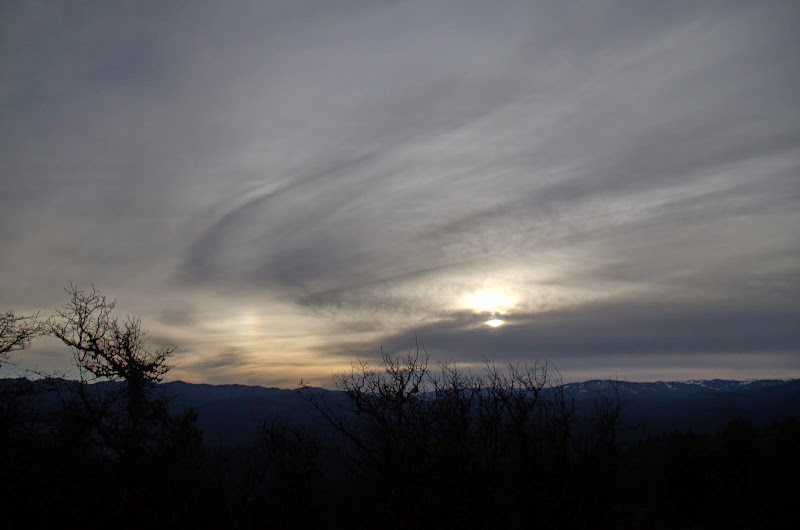 Although long-ish (17 mi RT, 2700' EG) , this hike was never steep (thank the road for that) or hard to follow (thank the SMC for that). It proved to be a great way to experience the inner Soda Mountain Wilderness, with its differing habitats and vistas. There are places to camp and water sources (not sure if all the springs run in the summer), so you could easily make an overnight backpack out of it. 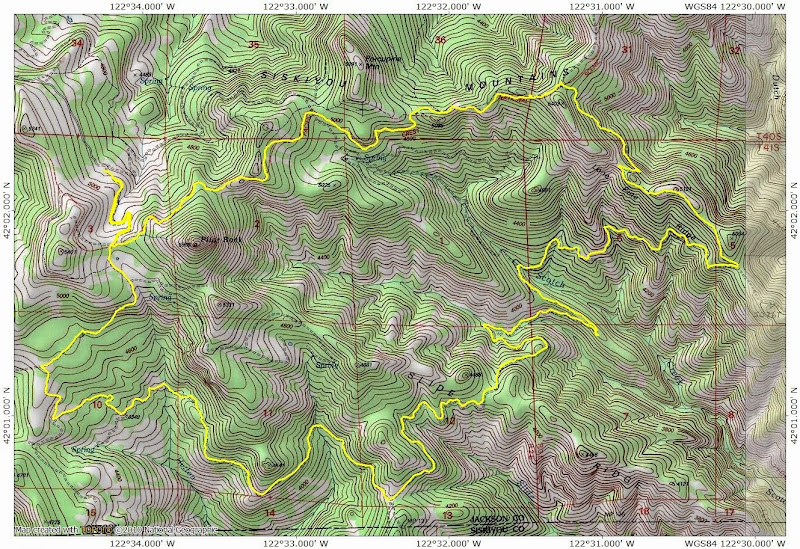 Now that's what I call a Trail Report! Great job, VanMarmot! Makes me want to get right out there and follow in your tracks. Thanks.