This is another trail that starts in the Upper Applegate Valley but not one that seems to make it into many guidebooks (USFS #921). However, Ruediger (in his book The Siskiyou Crest, page 110) considers it to be the most botanically interesting trail in this area, so I had to check it out. As an added (but ultimately painful) bonus, I decided to take in the summit as well. Getting to the TH is via a one-lane dirt road that can be managed by a sedan if you're careful. 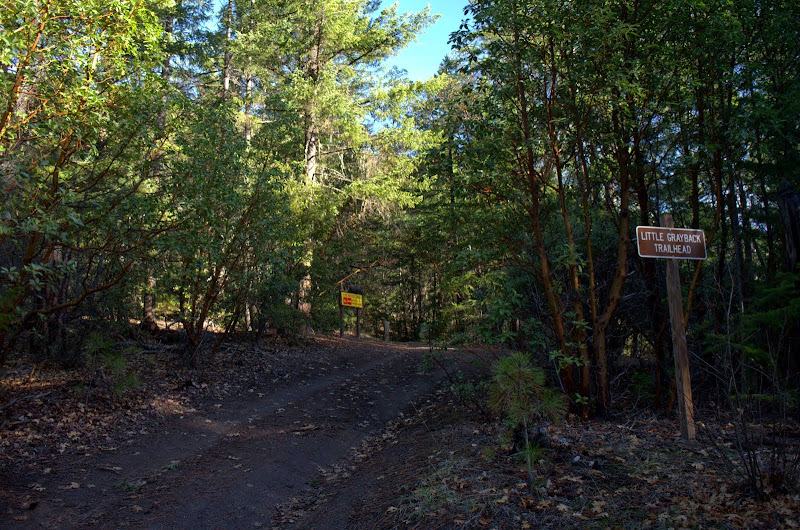 The trail itself is a gem - a well-graded and maintained tread that climbs steadily, but gently, through forests of pine and madrone. 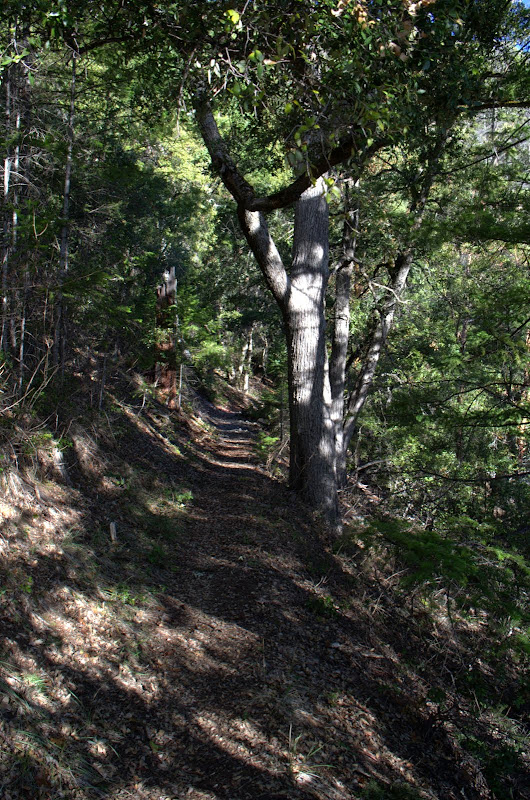 But the trail breaks out into meadows from time to time, which gave me some good views of Grayback Mtn to the W, 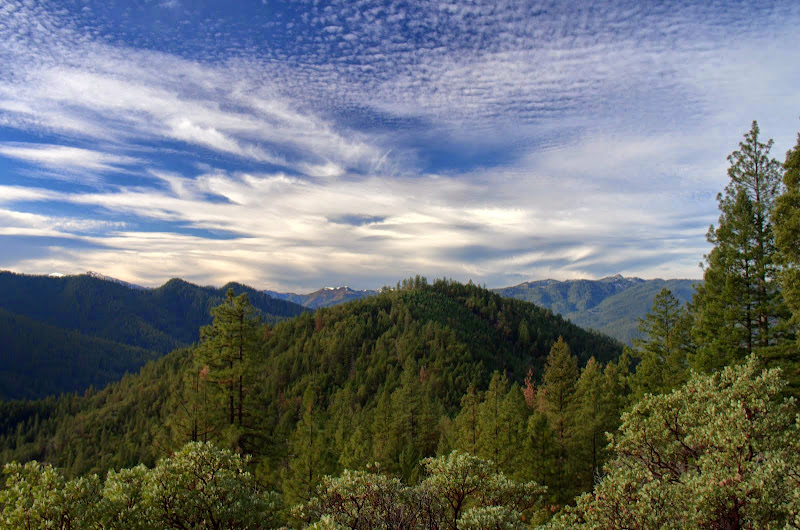 the Red Buttes to the SW, 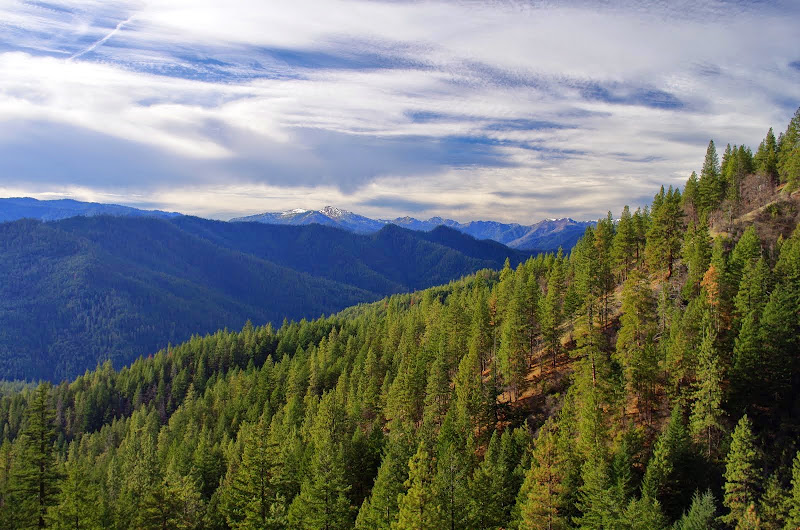 and the defunct Squaw Peak LO (it's now a met station) to the E (arrow), 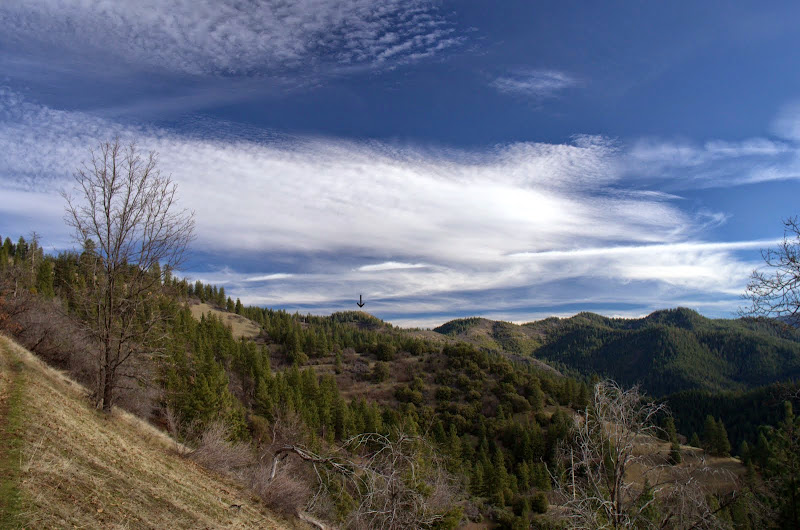 About 2 miles up the trail, I turned N and headed XC directly upslope toward the summit. As I climbed higher, Wagner Butte came into view to the E, 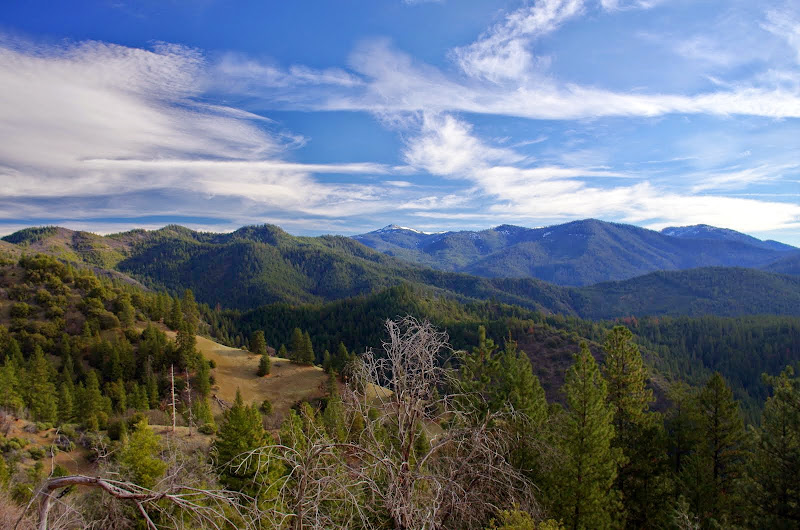 and some really interesting horsetail cloud formations started to pass over me. 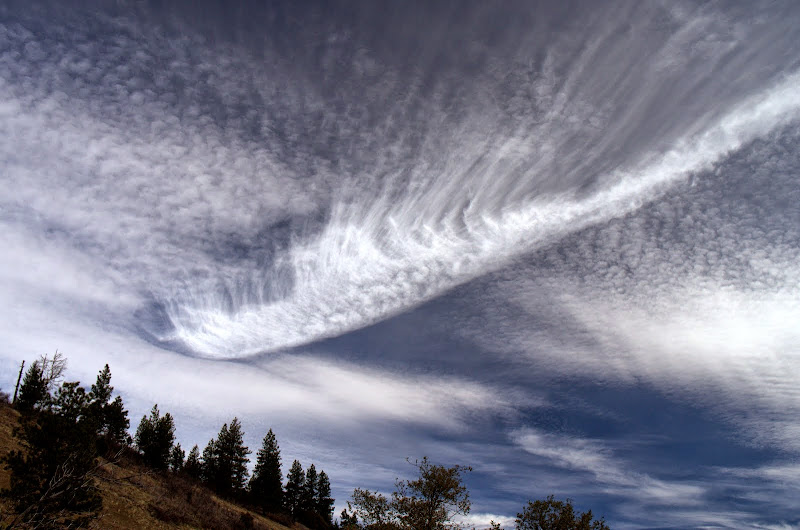 After reaching the summit ridge a few hundred yards E of the summit, I tried following the ridge top to the summit. Perhaps a good idea in the Gorge or SW Washington, but a bad one down here - and one that my years of climbing in California's Southern Sierras should have stopped me from acting on. The subsequent laceration by live & dead manzanita and buckbrush exposed not only flesh but also my hubris for not adjusting my hiking to local conditions. Lesson learned - by painful experience, as usual.

But I did eventually get to the summit, 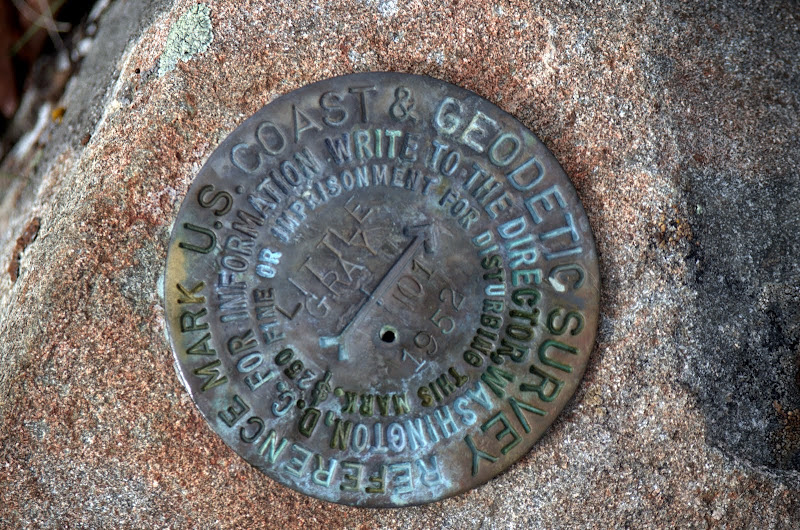 with views in all directions, but to the N there were wavering contrails, 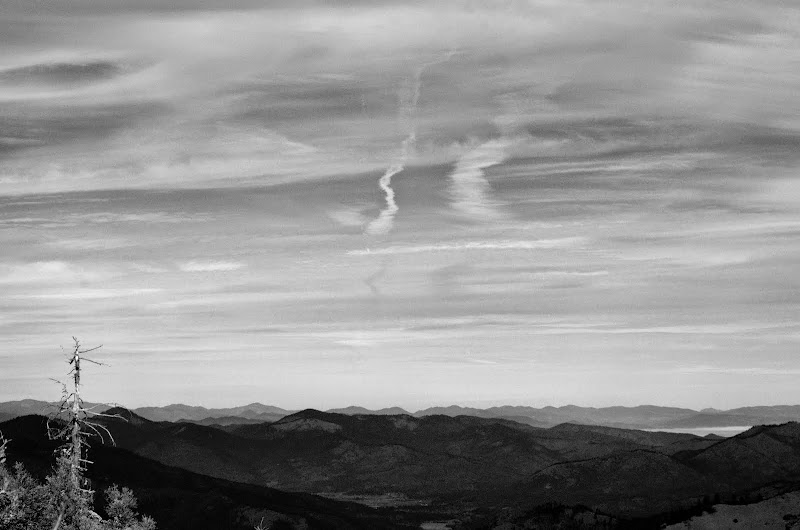 Bald Pk in the foreground, Medford beyond under a white inversion layer, and McLoughlin on the horizon. 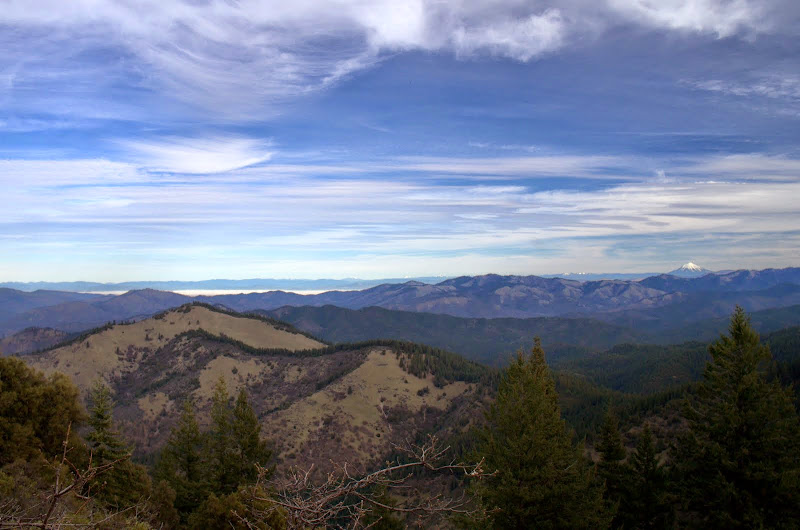 I got off the summit and back to the trail by side-hilling below the brush-choked ridge - easy going and seemingly the way to do it in this terrain. A short (6 mi RT, 1800' EG) hike that I'll likely be doing again (but sans summit - one teachable moment is enough!) once wildflower season rolls around. 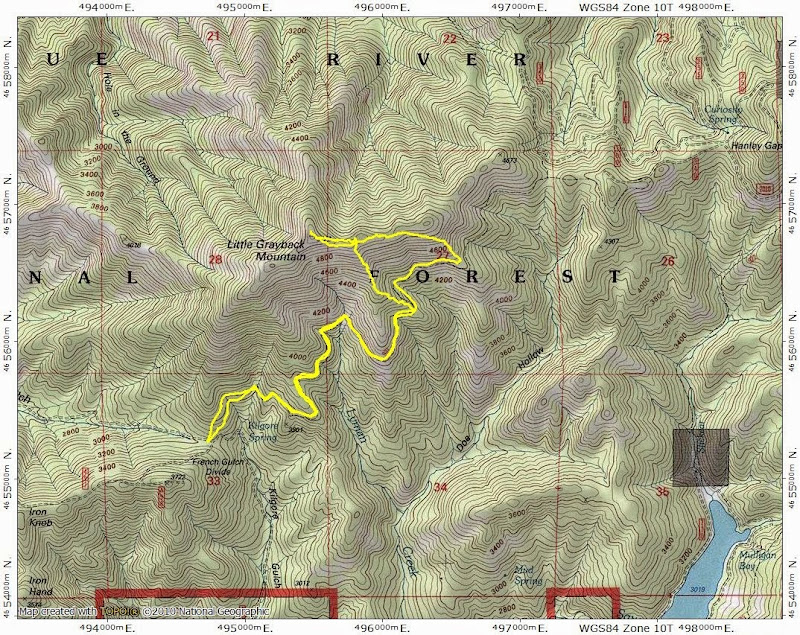 retired jerry wrote:Looks like another low snow year despite that period of heavy rain

There's very little snow below 5000' and even Mt. Ashland at 7000' has had trouble keeping what little snow it did get. Either there's no precip or there's some precip but it's too warm to fall as snow or the snow we do get is melted by the warm precip. 2014 was the warmest year on record down here and it's not clear that 2015 will be much different.
Top

Nice photos, Bruce. Looks like you are getting your money's worth out of retirement!

Wow - that doesn't look like winter at all! (even around here). Look at all this sun and greenery.

Did you actually retire to full-time hiking? If so, congratulations!
Top

romann wrote:Wow - that doesn't look like winter at all! (even around here). Look at all this sun and greenery.

Did you actually retire to full-time hiking? If so, congratulations!

It is sunny down here - which is great for hiking - but worrisome for water and wildfire potential. The sun is nice, but I'd be happier if it rained / snowed a whole lot more (at least in the winter).

And, yes, after almost 40 years in the workforce, I did retire to as "full-time" hiking as possible - but I am expected to be around the house from time to time.
Top