Dome Rock can be reached from either end of the 3380 Tumble Ridge Trail. The "low end" trail head is between Mongold State Park and the Detroit Ranger Station on Hwy 22. It is not signed, but it is adjacent to Tumble Creek, which is.

Here is a link to a G4 map centered on Dome Rock. You can change to satellite view by clicking the down arrow in the upper right corner of the map screen and selecting the second entry on the drop down list.


And here's the USFS trail description:


I attempted this hike last November and was turned back by snow at the 4,000 foot level, so, of course, I had to try again from the low end. I am not sure about mileage, but the elevation gain is 3300 feet from Hwy 22. The trail is lightly used so the tread is mostly duff--good for those of us with gimpy knees

. Vegetation is encroaching on parts of the trail so if you use trekking poles you can't use them everywhere. 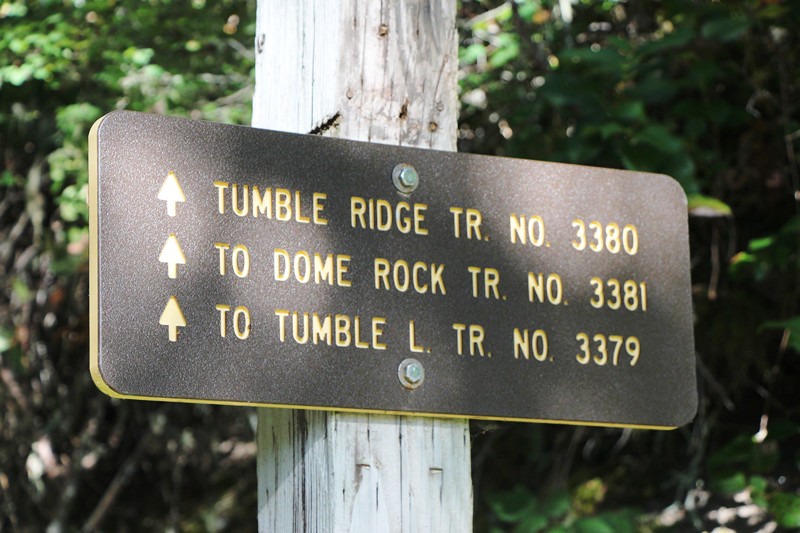 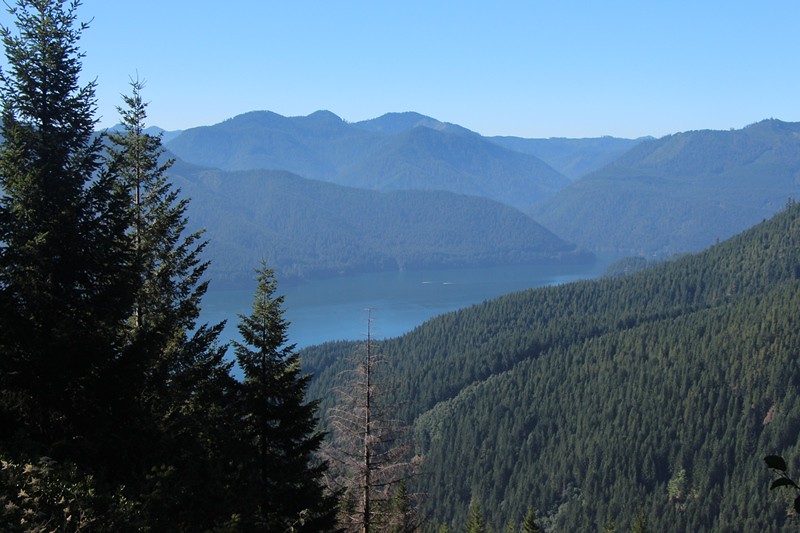 The trail follows an access road to a diversion dam, then goes uphill at a cairn at road's edge. Forest cover is heavy second growth, so the trail remains shady all day--good when hot and dry but drippy when foggy. Views are limited and/or filtered by the tree cover except for a few locations. The tread is particularly narrow where the trail passes below Dome Rock.

Lush Growth at 3800-3900' Some nettle here so beware. Look out for mountain beaver holes. 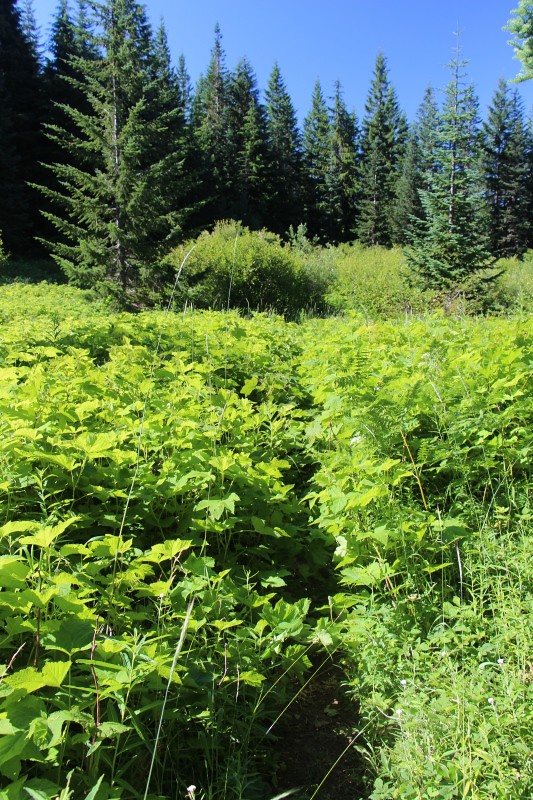 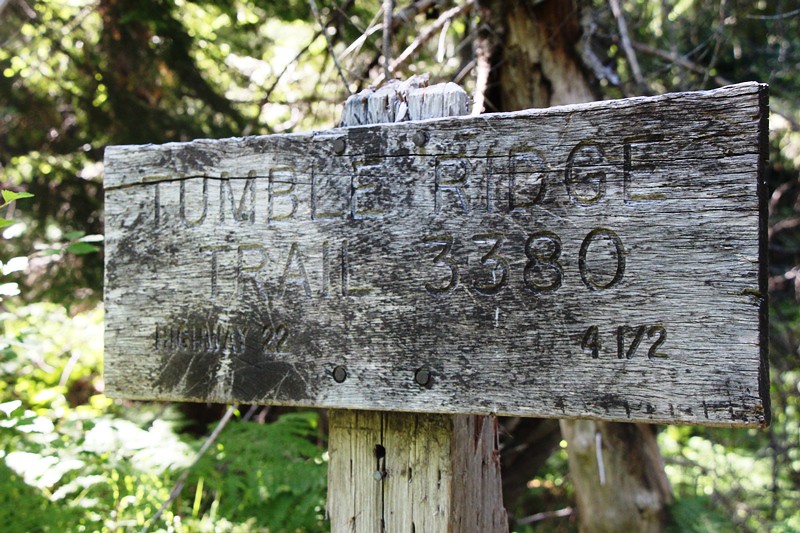 The mileage this sign shows is significantly different than that shown on USFS and guidebook sources, hence my puzzlement about the hike distance. 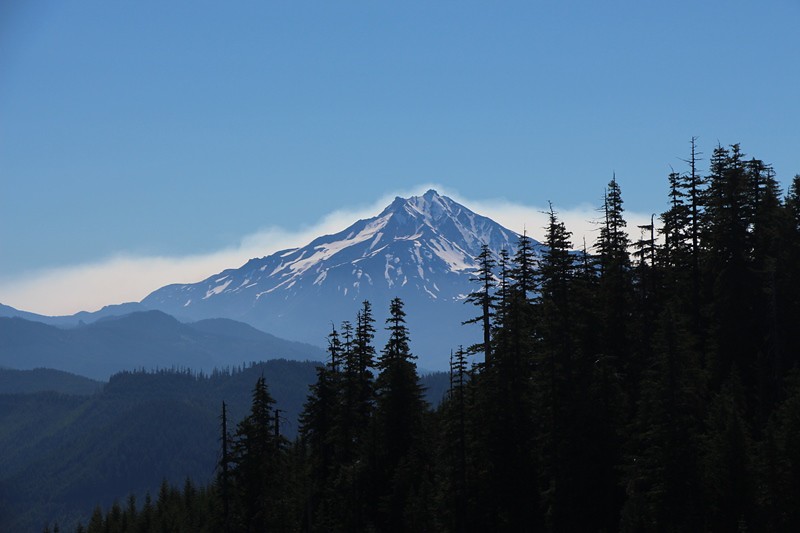 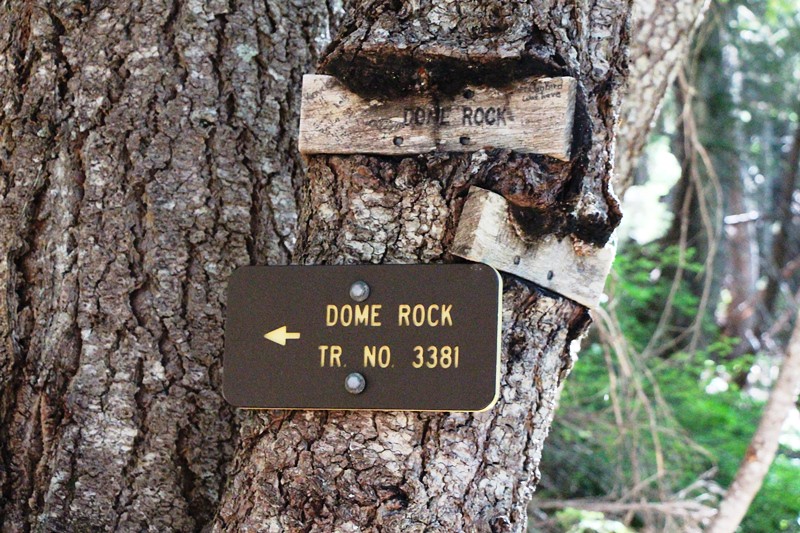 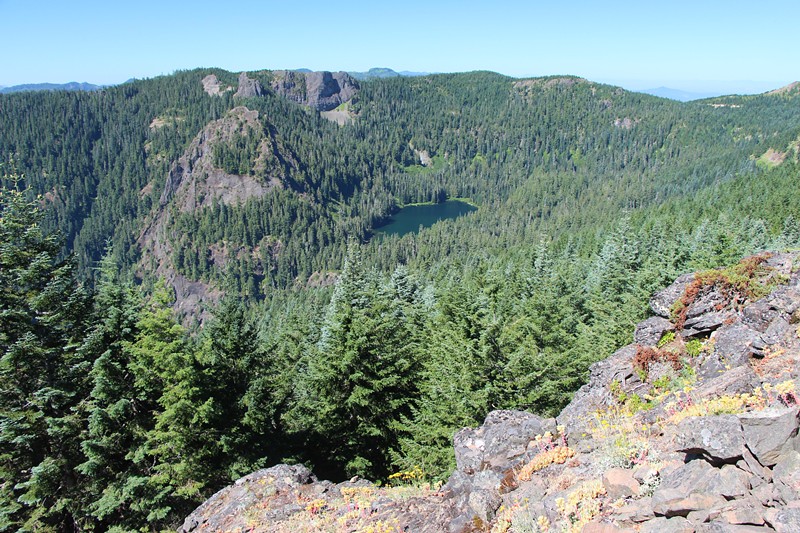 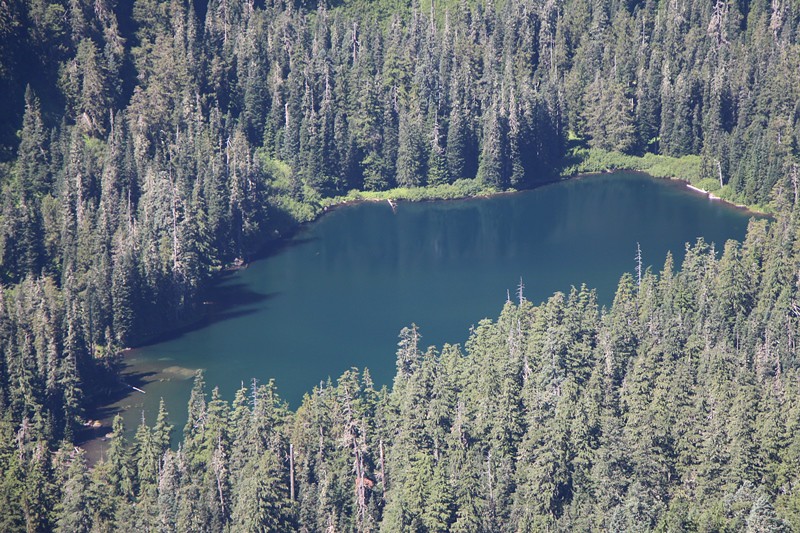 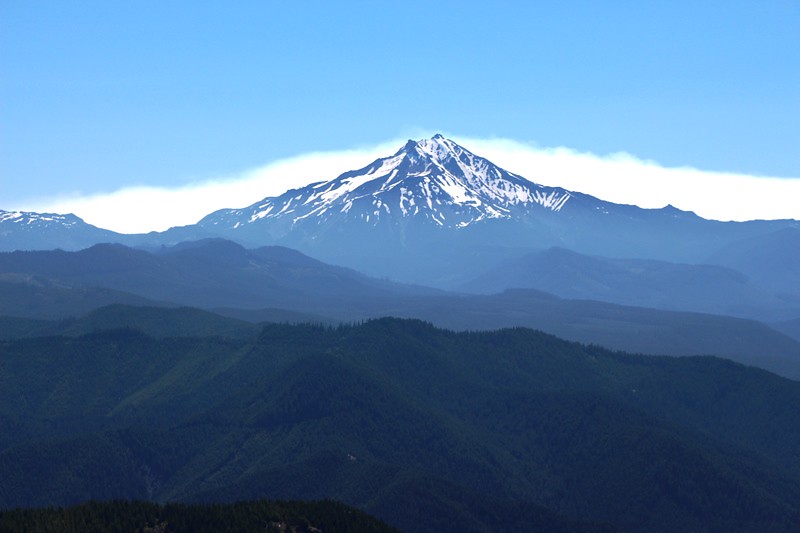 Just in Case There Was Doubt About Where We Are: 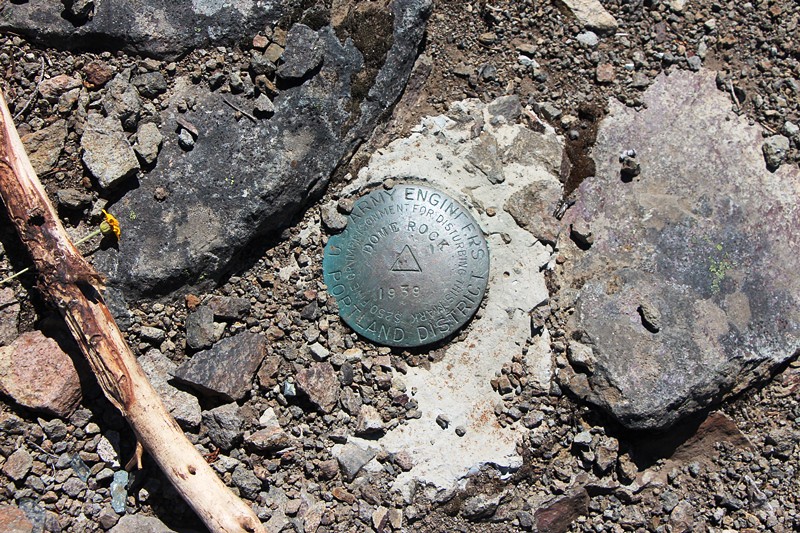 It smelled awfully smoky. Peering over the side: 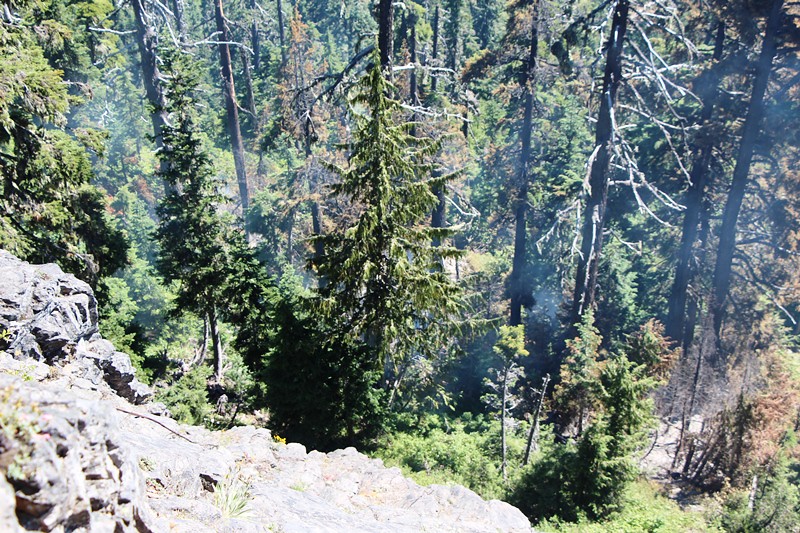 Dome Rock was the site of a look out. The concrete foundation slab remains, as do some cable anchors and glass shards. To the South-East Three Fingered Jack, Mt. Washington, the Three Sisters, and Diamond Peak are visible. To the East Olallie Butte and Mount Jefferson are the horizon. To the North East a somewhat higher ridge blocks the view to the big volcanoes except the top of Mt. Hood. Detroit Lake and Tumble Lake decorate the nearer views.

Dome Rock can be reached from the west end of the 3380 trail. Both distance and elevation gain would be greatly reduced approaching from the west, so you can make this destination easy or hard.

Happy trails!!
I keep making protein shakes but they always turn out like margaritas.
Top

Great report on an underrated hike and area, double B. Dome Rock has been one of my favorites since going up there a few years ago. Check out Tumble Lake and the nearby Sardine Mountain if you return to the area, those are great destinations too.
Top

Thanks for the kind words ST.

I forgot to mention 1) the date of the hike, which was July 17, and 2) that I reported the fire to the Detroit RS. They said they knew about it but thought it would remain confined to the rock ledge below Dome Rock so were not allocating resources to it.

My civic duty completed, I headed into Detroit for the biggest soft drink I could buy!!

If anyone has a favorite route on Sardine Mountain, please PM me.

If anyone kayaks or paddle boards, when the lake is full it extends up Tumble Creek past the trail head, so you could park at the trail head to put in.

Yours,
I keep making protein shakes but they always turn out like margaritas.
Top
Post Reply
3 posts • Page 1 of 1