My semi-annual pilgrimage to check out snow conditions on the ridge and luxuriate in one of the greatest views of Hood. Managed to squeeze in the hike between the morning and afternoon cloud decks - making it another bluebird day on the mountain. Mine was car #2 in the lot and the hike to Ramona Falls was crowded only by me. 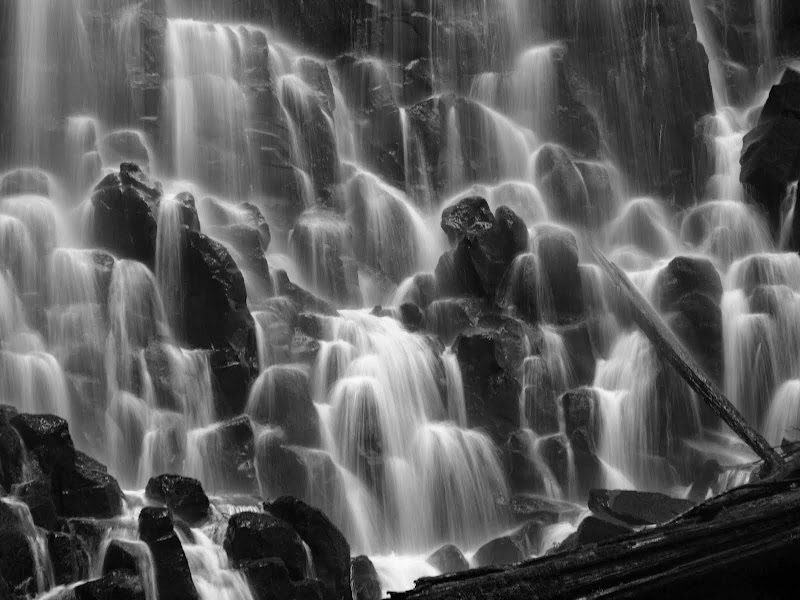 The little pond at 5,200' still had some snow at its E end but otherwise looked a little depleted. 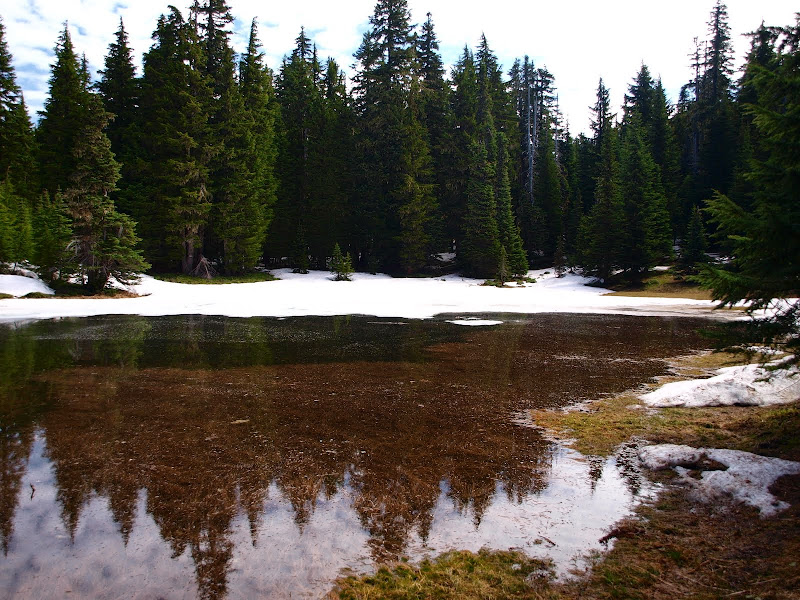 There were gelatinous masses at its W end which - on closer inspection - turned out to be hundreds and hundreds of frog embryos! Lots of future tadpoles if they hatch out before the pond shrinks anymore. 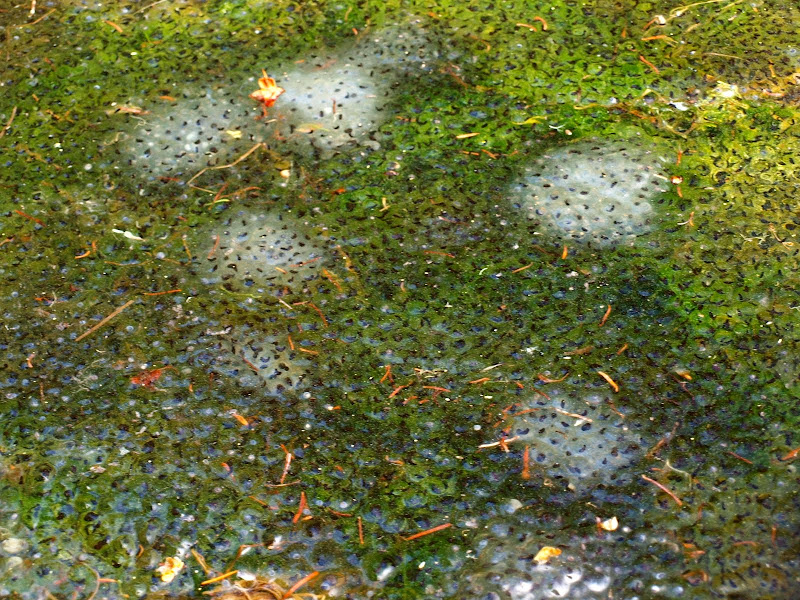 The trails were clear and in good shape up to 5,200' where the snow became deeper and more widespread. By 5,400', the trail was largely buried in snow. From 5,600', I went directly up the ridge to the campsites at 6,300' - all of which are still packed with snow. From there, I had a view N to St. Helens, Rainer, and Adams, 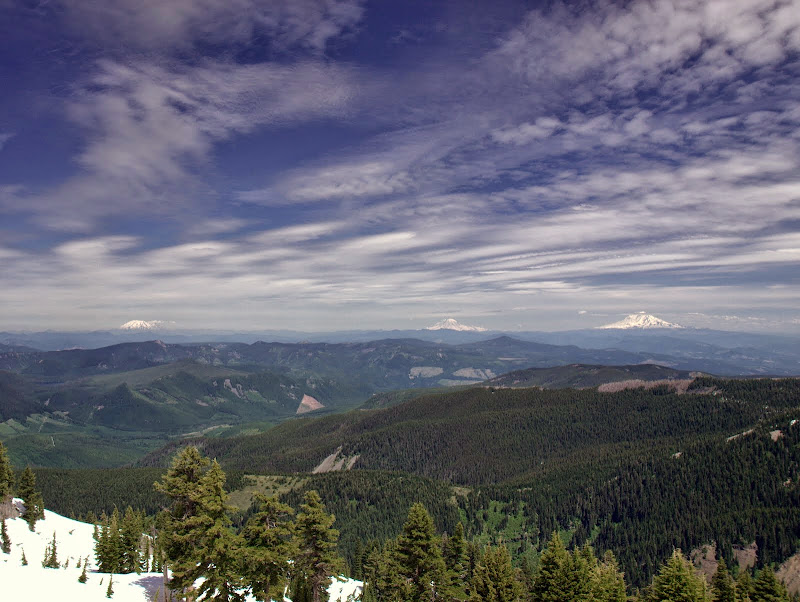 but the BIG draw for this hike is the awesome view of Hood that smacks you as soon as you crest the ridge leading to the campsites. 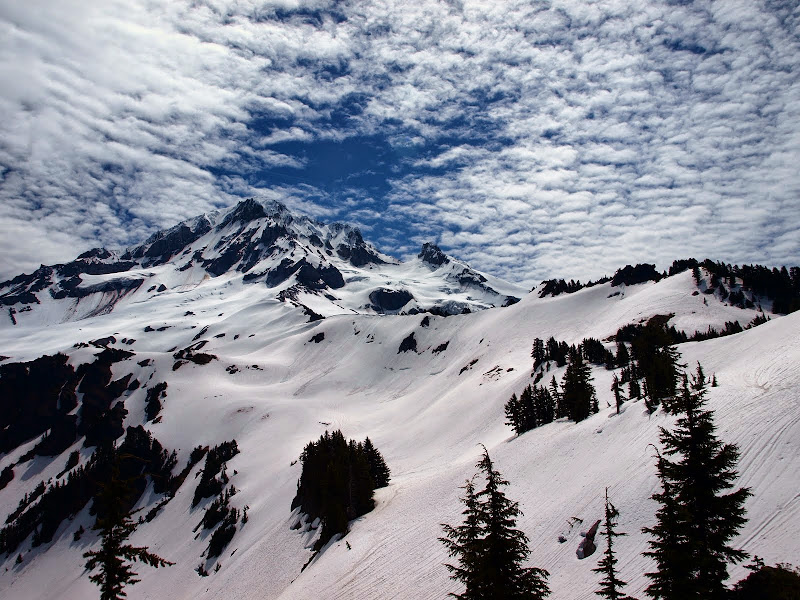 I had (once again) contemplated a snow climb higher up the ridge on the right but (yet again) snow conditions weren't welcoming (note snow slides off ridge and cornices) so I just enjoyed the view from the campsites. 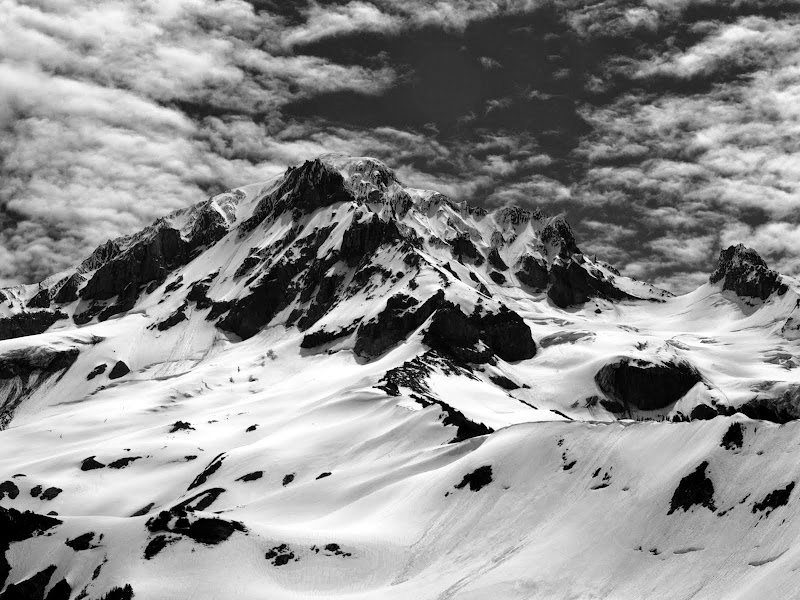 From there, I could see the high clouds were interacting with Hood's summit in the most amazing ways. 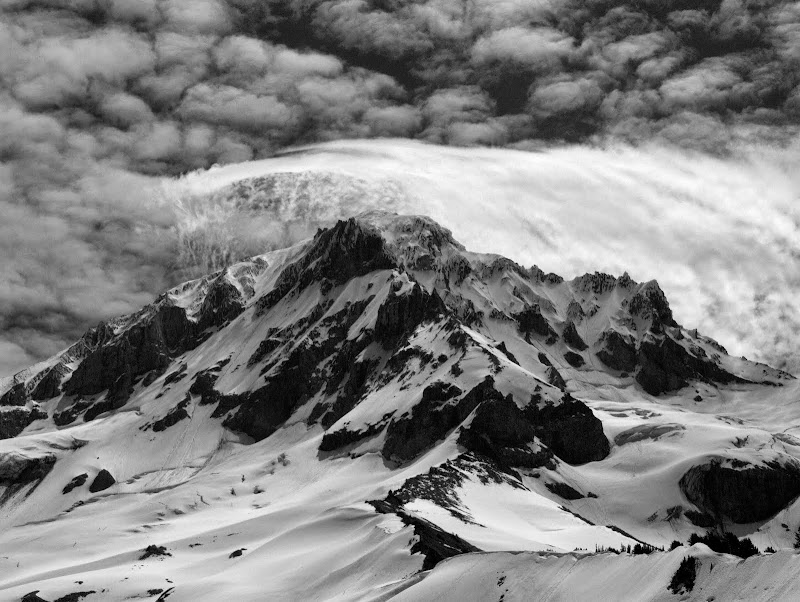 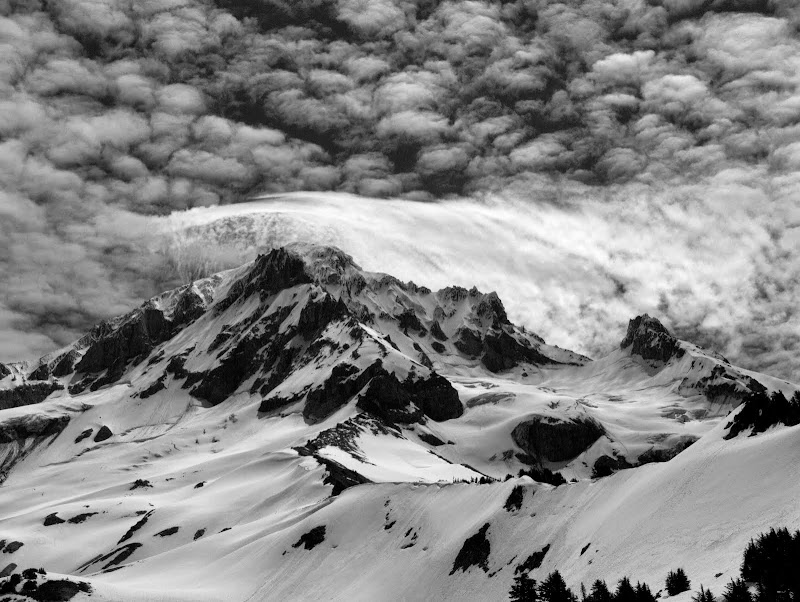 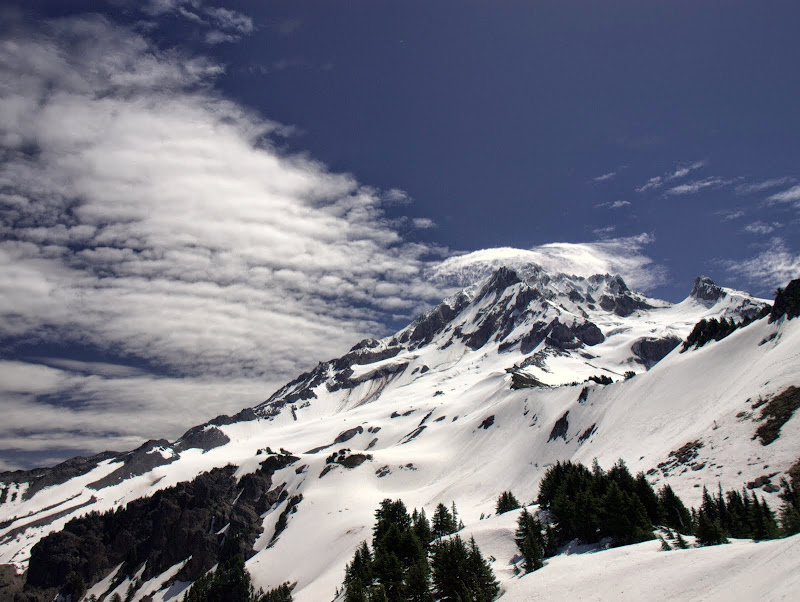 After lunch and some further exploration of the ridge, it was time to head back, stopping to admire the flowers. 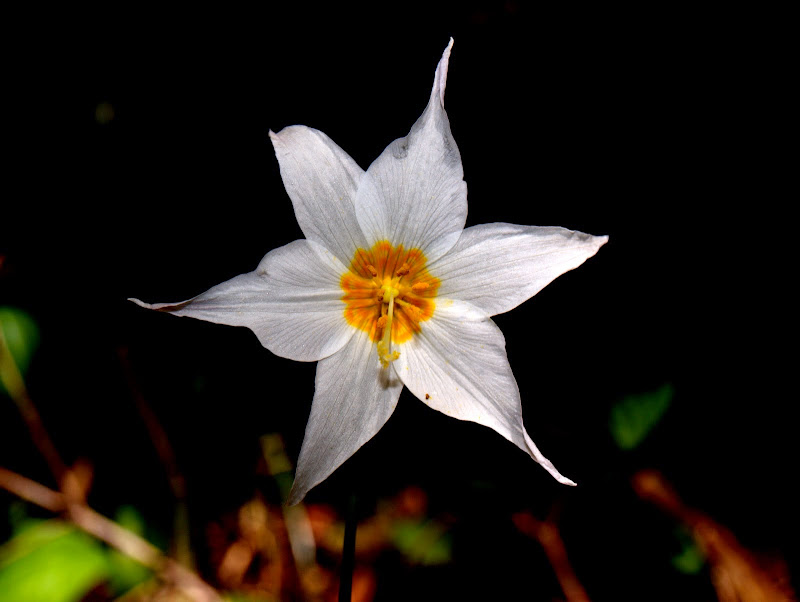 There was no one but me on the Yocum Ridge trail but more than a few folks at, and going to and from, Ramona Falls and the lot had more than 2 cars in it when I got back. 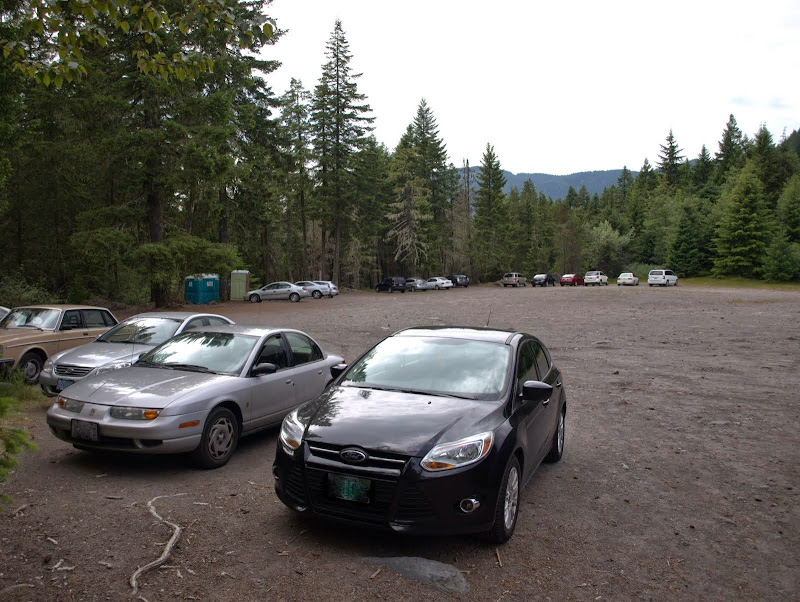 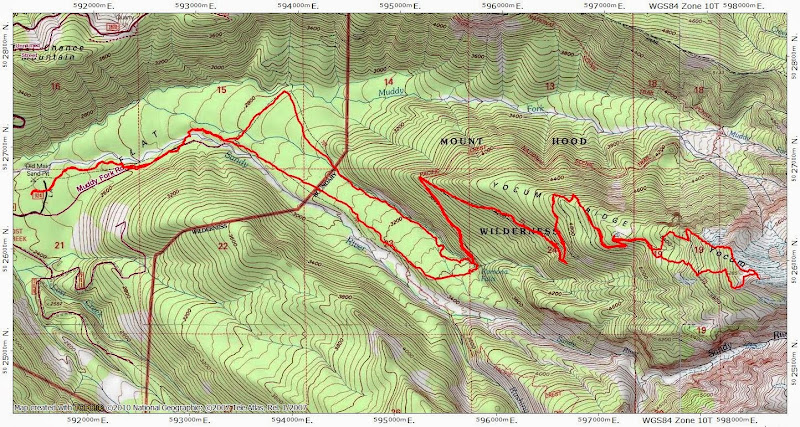 Love the clouds swirling around the summit! Been enjoying them all winter in fact, but you definitely captured some good moments there!

Early to be going up Yocum Ridge

I haven't gone down that way (right at the top) I'll have to check it out sometime.
Top

"Awesome" is an understatement!