There was time for a quick hike today before I have to spend the rest of this week in stuffy meetings on the East Coast. Just one tiny taste of sunny freedom before paying $7 for a "snack" and struggling for overhead bin space. The closest hike with the best views is Silver Star and it was PURE COINCIDENCE

that today was totally sunny and mild. The fog dissipated over Portland but seemed to be hanging on further N. 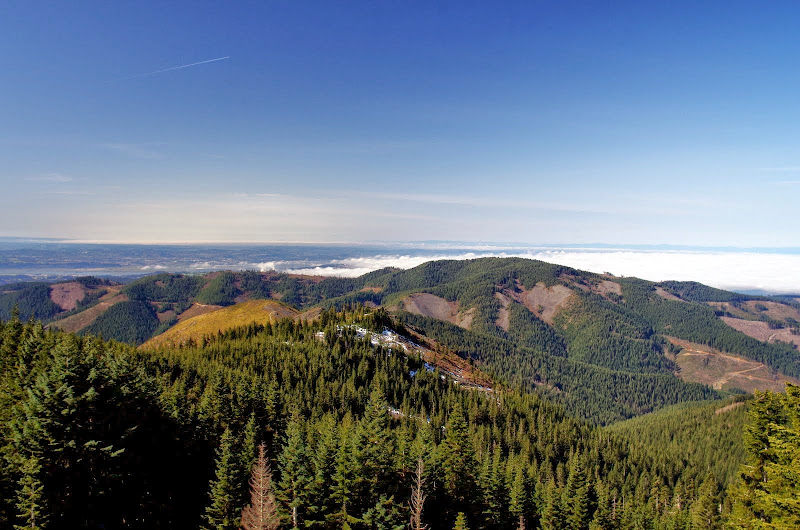 Snow started at about 3800' but was easily managed with just boots. 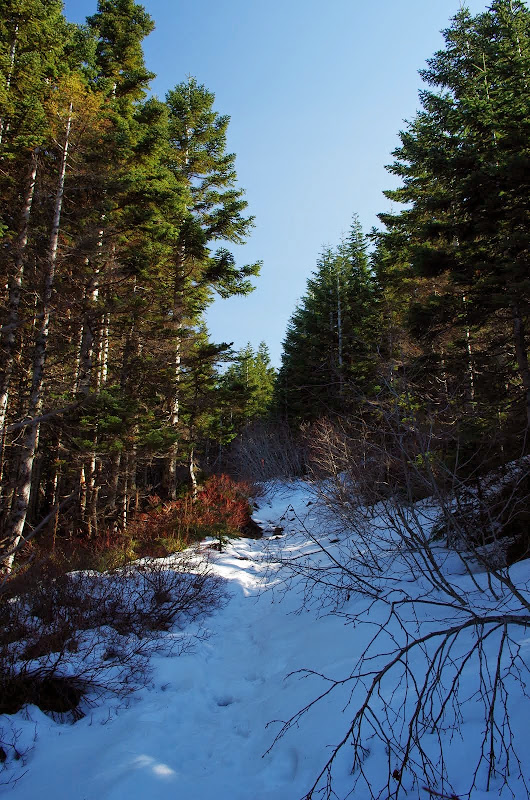 I used part of the S Ridge trail (#180) and followed these odd prints up - which turned out to be the melted tracks of a fox or coyote. 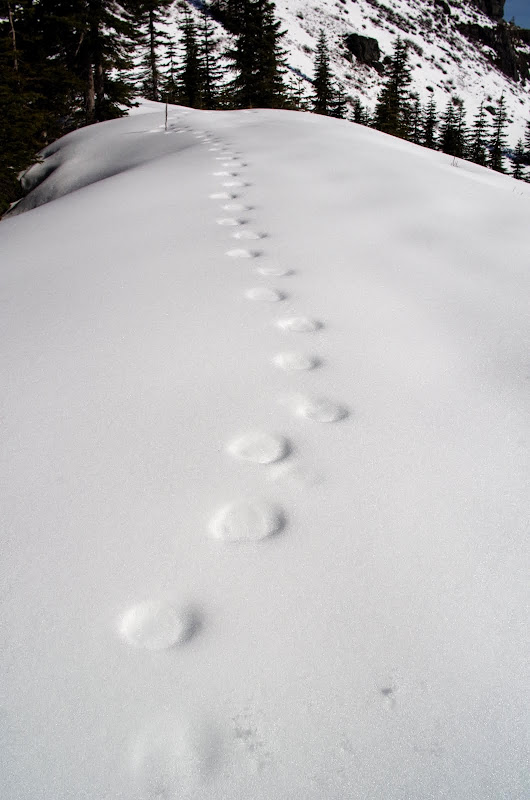 It being sunny, all the usual suspects were visible: Hood and Jefferson (arrow), 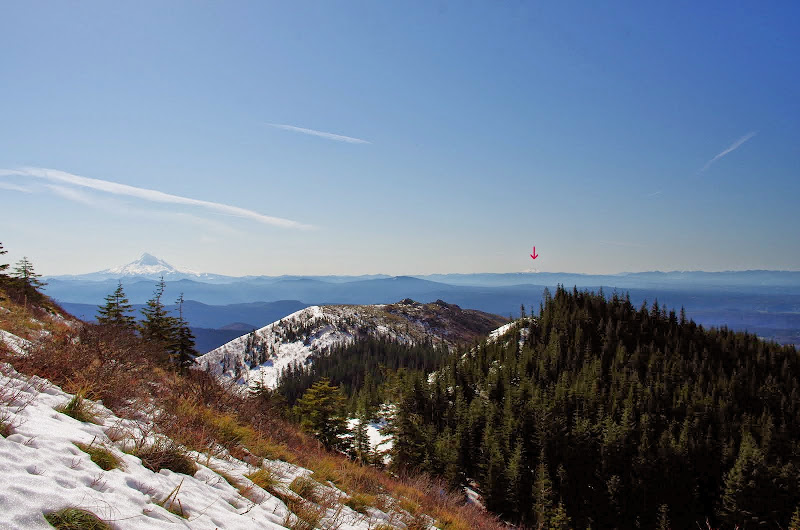 Sturgeon Rock and Saddle Mtn in the Coast Range (arrow), 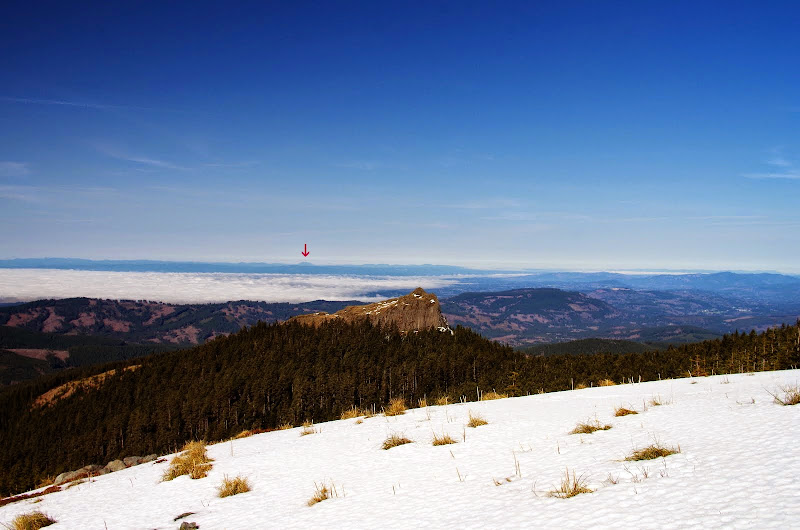 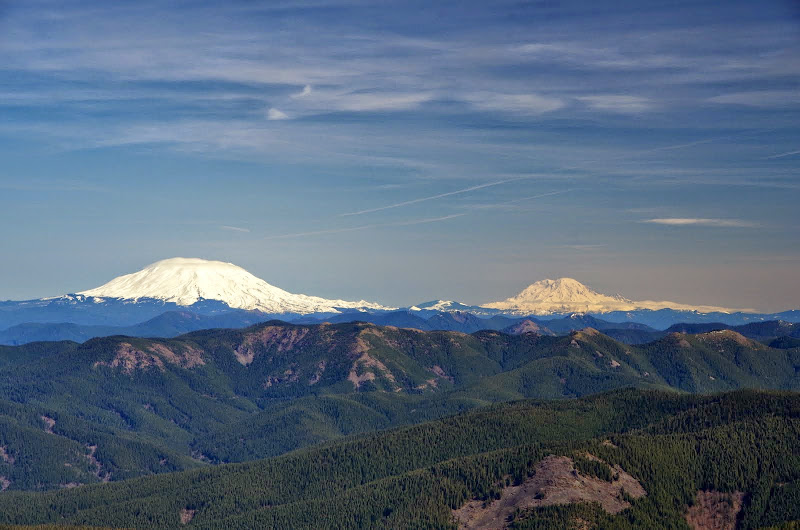 with St Helens having an unusual cloud cap, 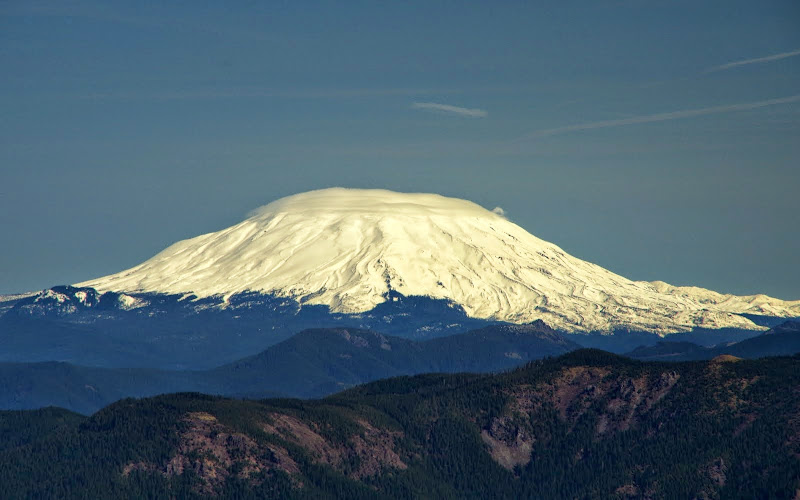 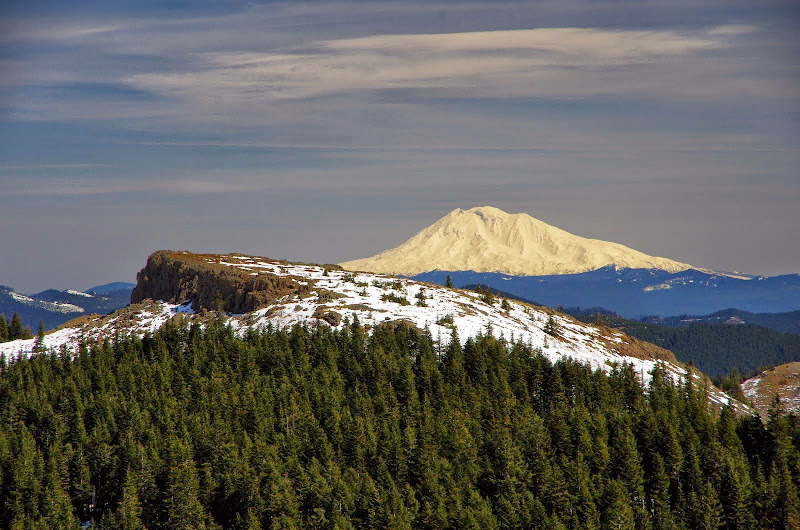 I climbed up Sturgeon Rock after getting a closer look at its columnar basalt. 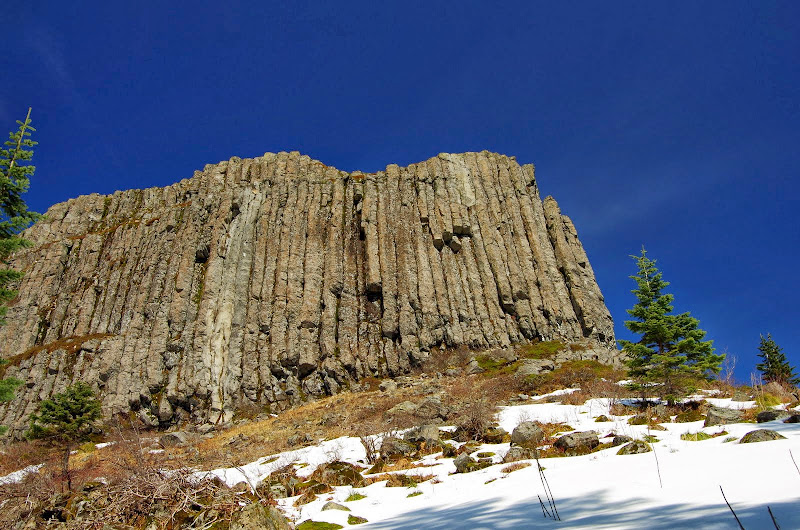 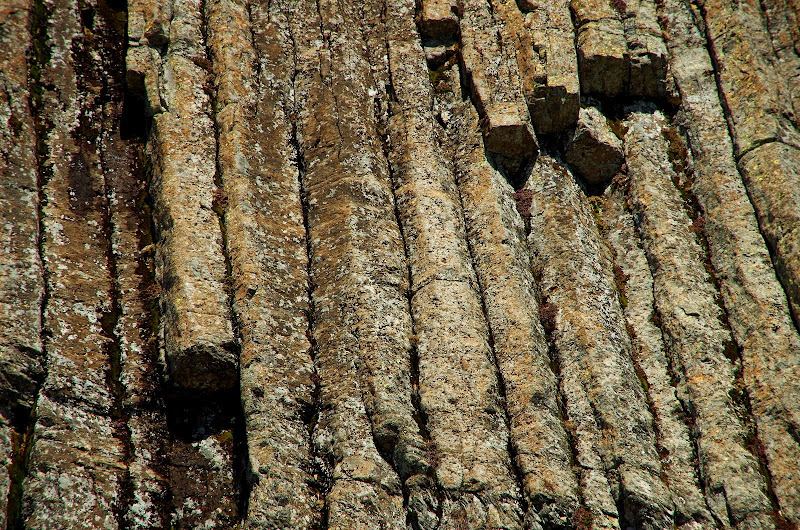 Then the Tarbell Trail back to the TH and from there back to work. 8 mi and 2100' of bliss. 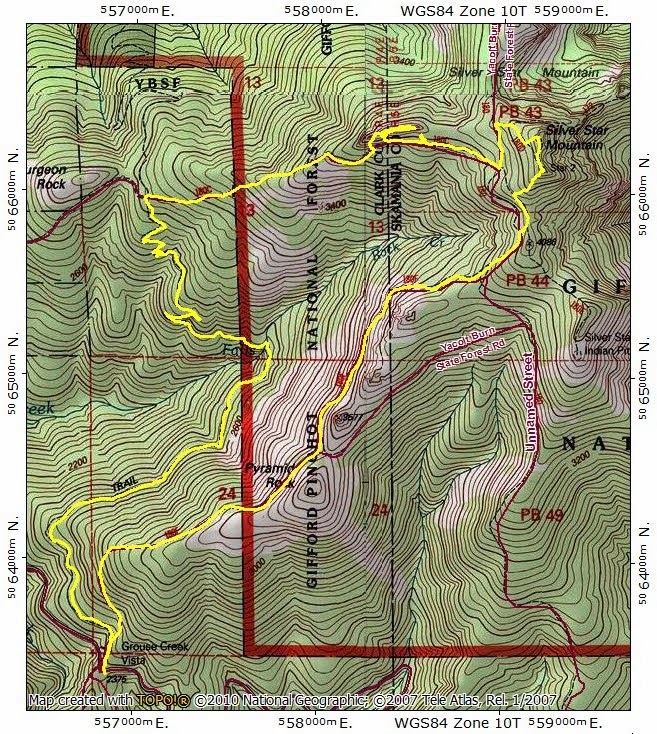 Jus plain jealous as always well done.
The downhill of the mind is harder than the uphill of the body. - Yuichiro Miura
Top