A last second change in plans sent Mary Ann and I on the closer trip to Clear Lake not wanting to deal with the drive to Florence on a spring break weekend. We'll save that plan for a future trip. And what a day today was. Rainbows galore at the falls and along the McKenzie and a surprisingly almost deserted Clear Lake -- the loop trail and the water.. Yay!

We covered between 8-10 miles or so with negligible elevation gain. A few feet here, a few more there.. It probably adds up to a few hundred at most. We parked at Clear Lake, split off the loop trail to Sahalie and Koosah along the Waterfalls Trail and doubled back from Koosah and back around the rest of Clear Lake. With the high water of spring we could kayak into the Great Spring (though I'm not sure you're actually supposed to do that..

). It's really the only time of year that it's possible to do that. Anyway, off we go starting at Sahalie Falls where the mist was blowing up making it easier than ever to get right down to the McKenzie while there.
A bit of a double rainbow to begin.. 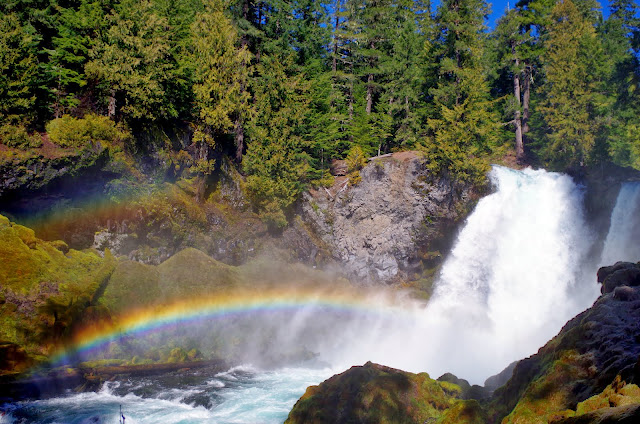 Sahalie Falls with rainbow and closer up.. 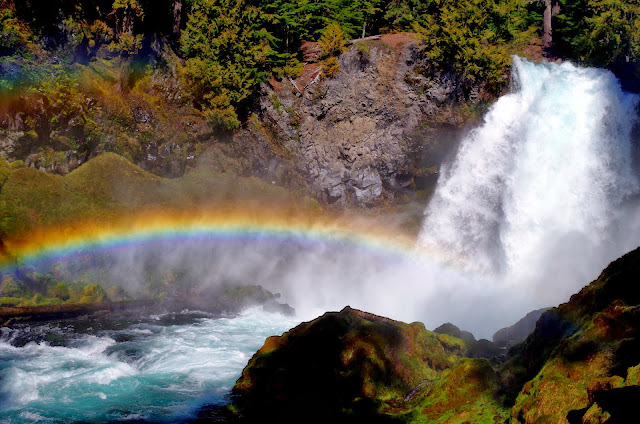 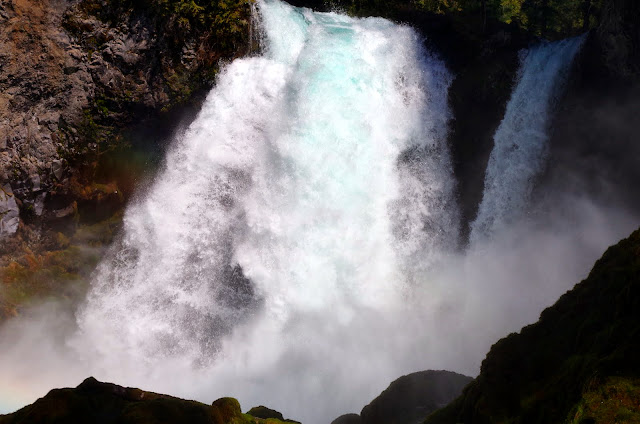 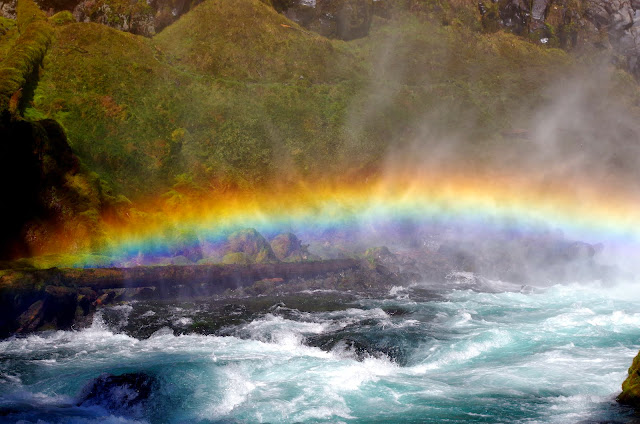 Sahalie Falls from the bank of the McKenzie River 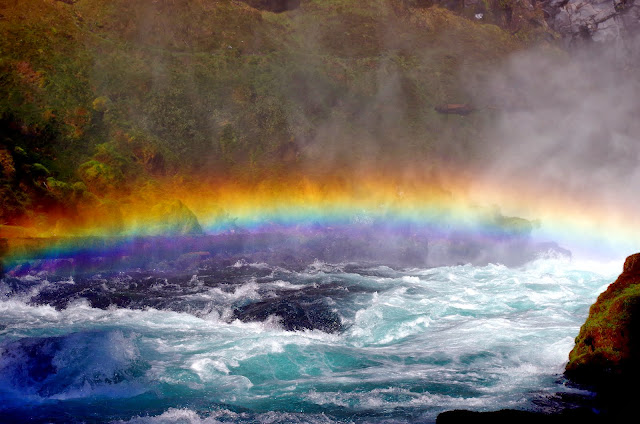 Sahalie Falls and the full rainbow 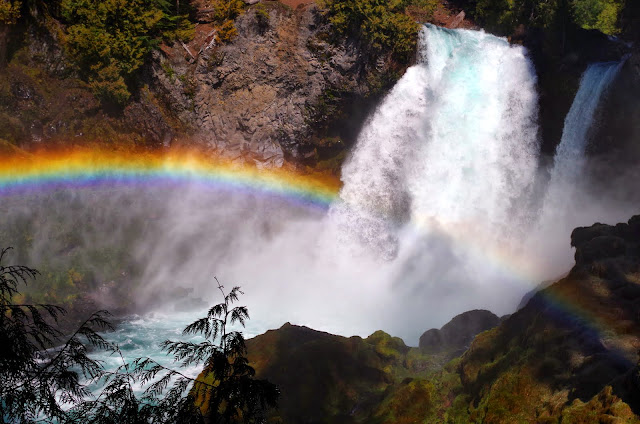 The raging McKenzie River along the Waterfalls Trail 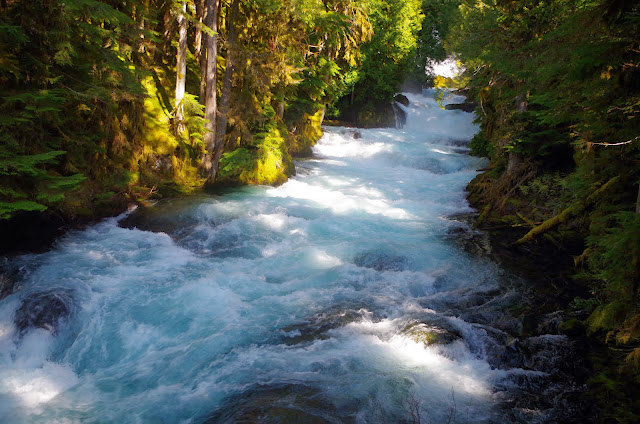 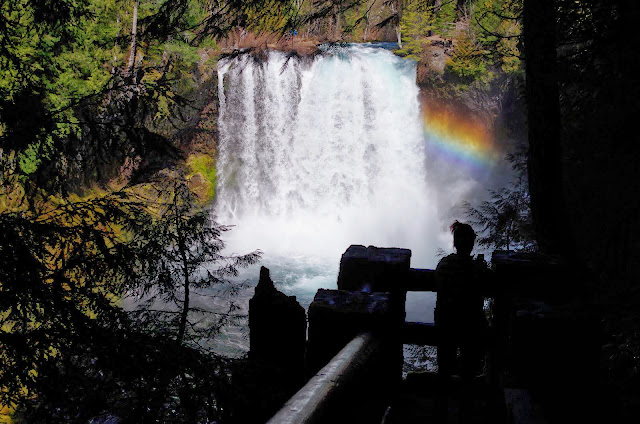 A bit of a rainbow at Koosah Falls 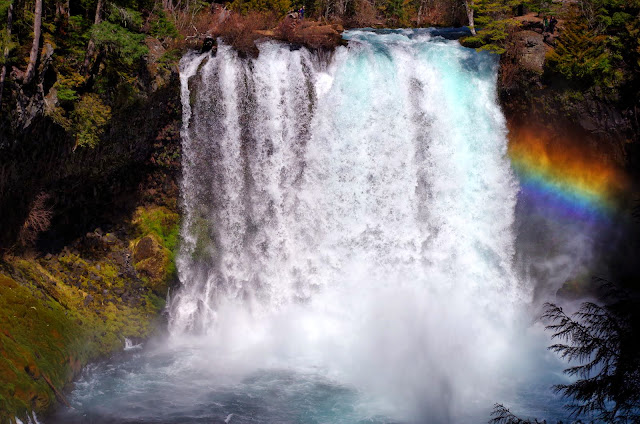 In between the falls the river is still running hard and fast enough to make its own rainbow.. 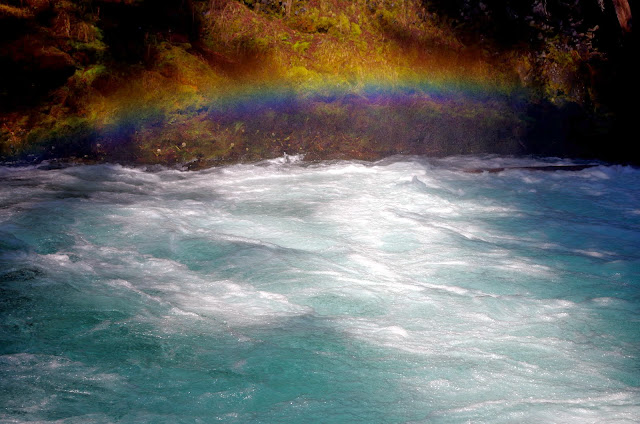 Reflection of the trees in Clear Lake 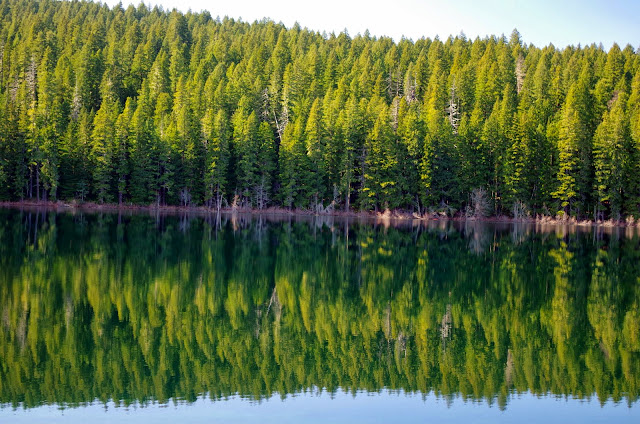 The green waters of Clear Lake 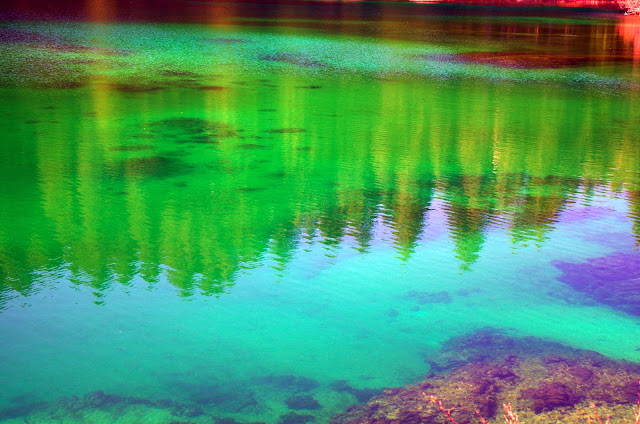 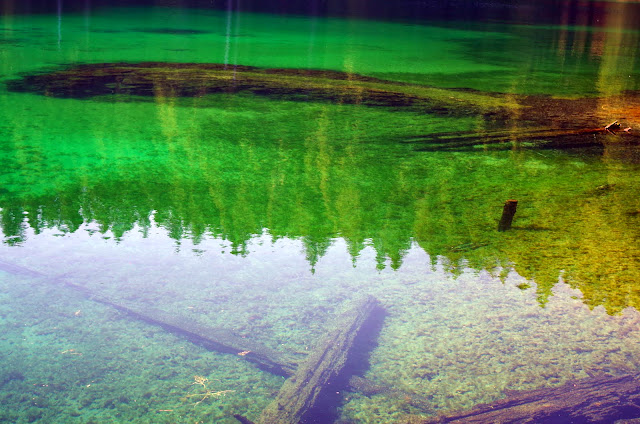 The Clear Lake Resort from the loop trail 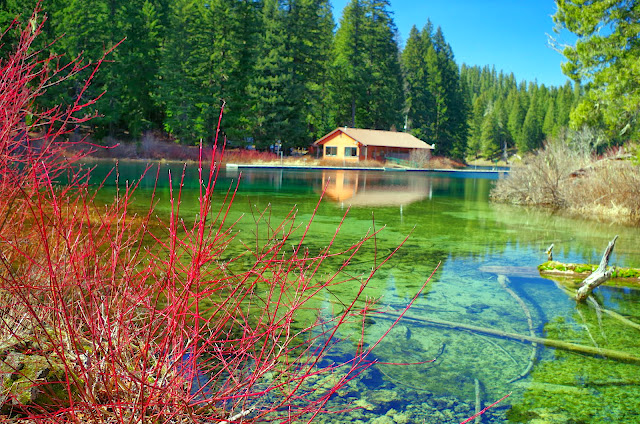 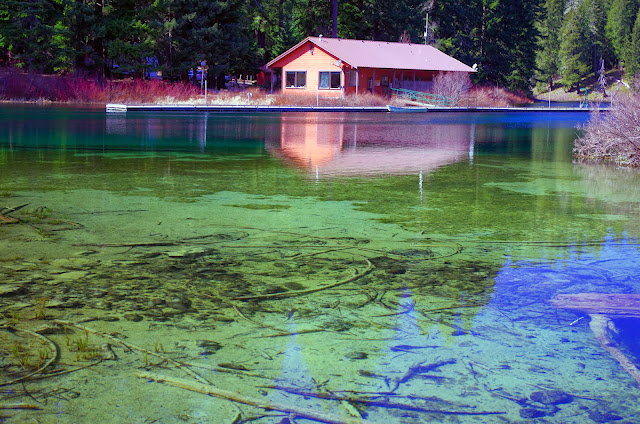 Great Spring, one of the sources of Clear Lake 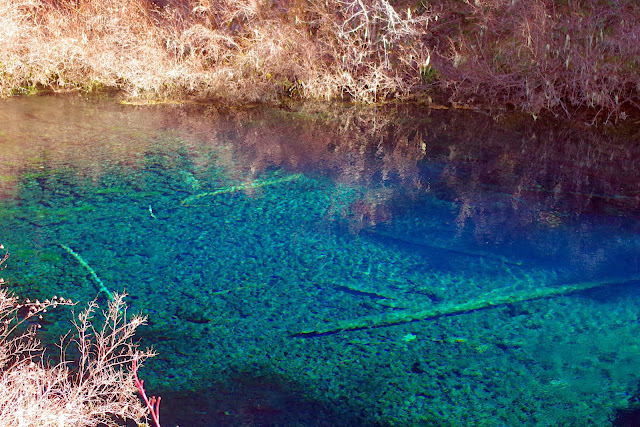 Even the spring butterflys were out. This one was kind enough to land and pose for a bit.. 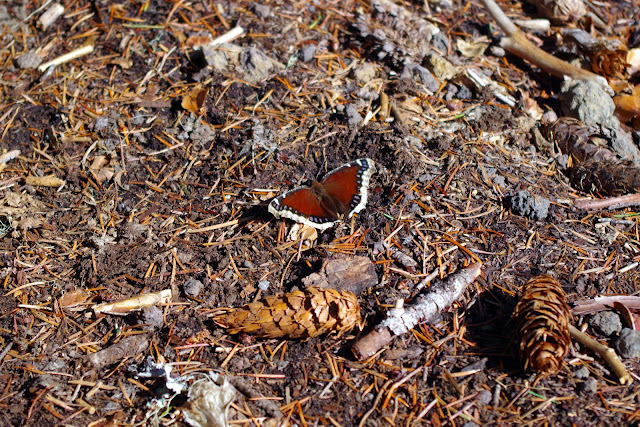 The rippled surface of Clear Lake 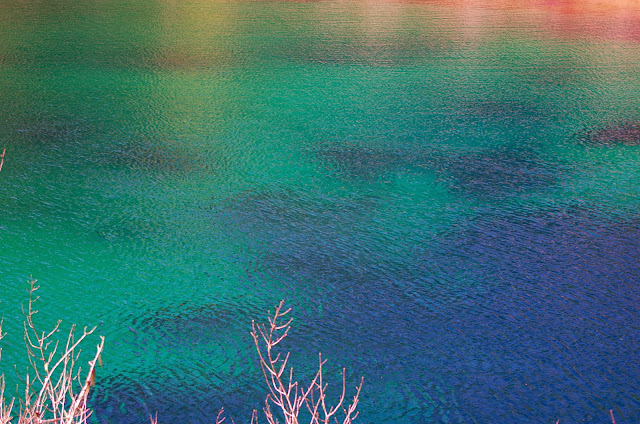 A lone bufflehead on Clear Lake.. 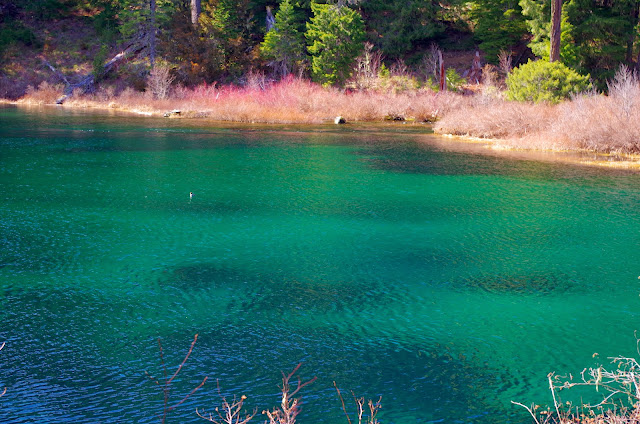 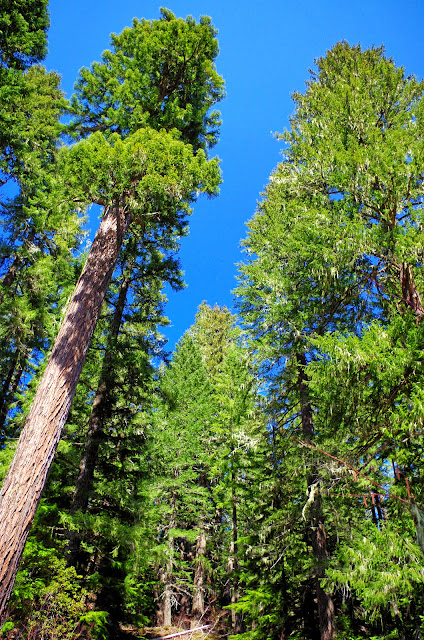 Another look at the Clear Lake Trail 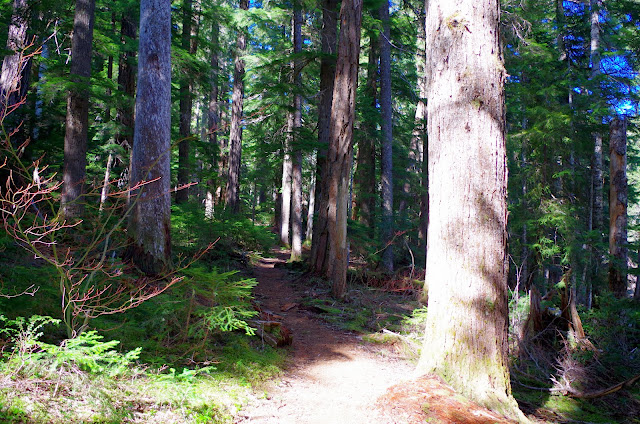 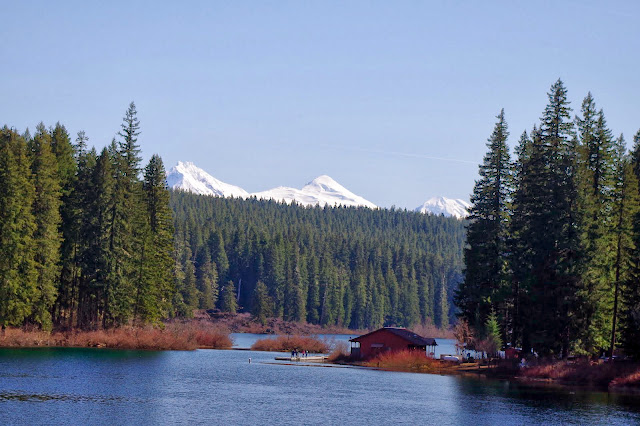 One of the last little stretches of snow/ice/consolidated frozen stuff.. 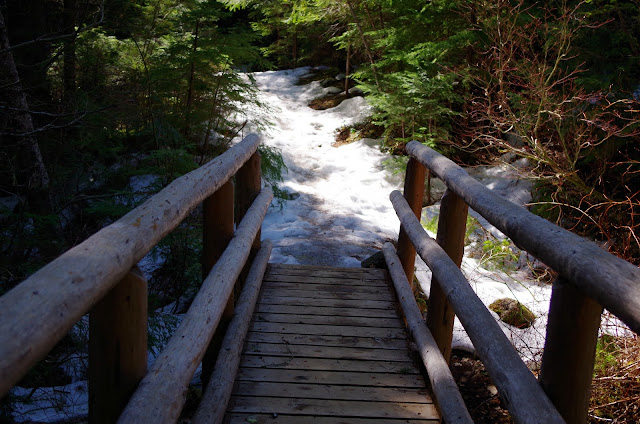 Then it was time to toughen things up a bit.. 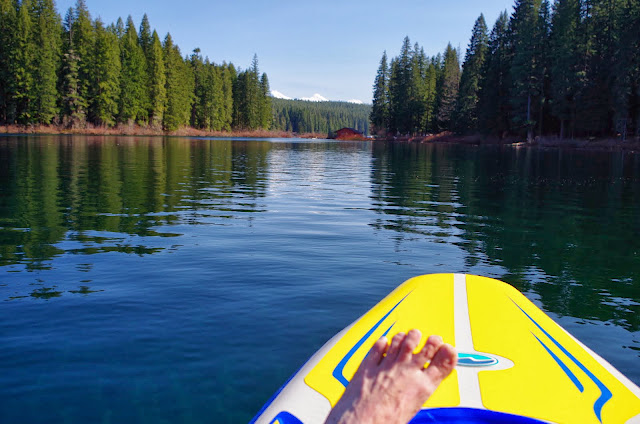 Mt Washington from out on Clear Lake 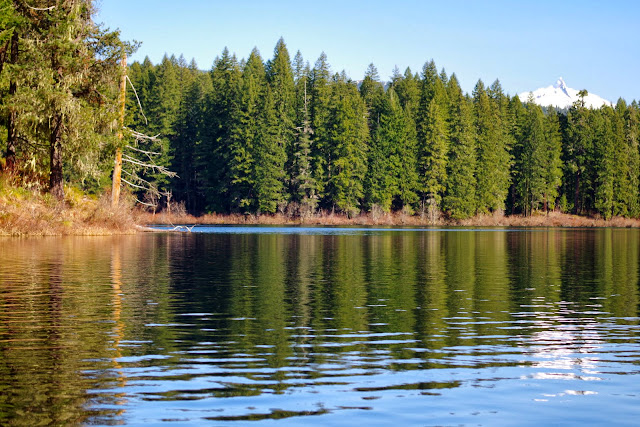 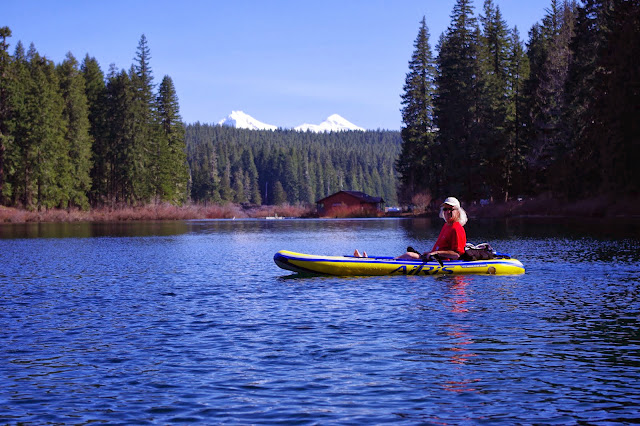 Mary Ann passing past the rapids and making it back into the Great Spring.. 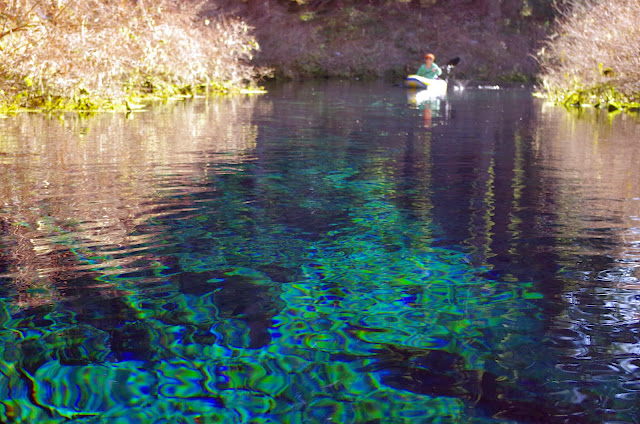 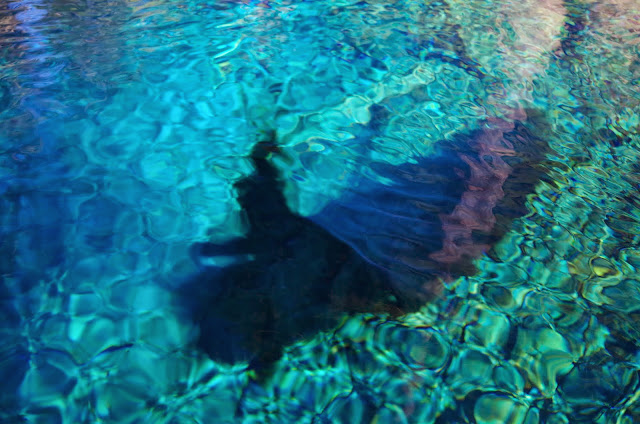 Just an amazingly nice day and a surprising lack of spring break crowds. Album here http://picasaweb.google.com/pdxgene/ClearLake14
We left Tigard about 830 got all the hiking, kayaking and breaks in and were back by 7p.. Gotta get a full day out of it when it's like this..
Top


Was just going to say the same thing

Hey, thanx guys!
Yesterday was the first time I noticed a clearly defined, but pretty sketchy looking, user path on the far side of Sahalie Falls that leads back behind the falls. Has anyone ever gone back there?
Top

Yup...behind Sahalie. Kinda cool. I know a guidebook that rec's it. Expect to get thoroughly WET. Go for it Gene!
Thanks for the pix and snow updates. Paddling over the Clear Lake stumps while watching your shadow on the bottom of the lake is so so so fabulous. Yum.
cheers, scott
Top

CuriousGorgeGuide wrote:Yup...behind Sahalie. Kinda cool. I know a guidebook that rec's it. Expect to get thoroughly WET. Go for it Gene!
Thanks for the pix and snow updates. Paddling over the Clear Lake stumps while watching your shadow on the bottom of the lake is so so so fabulous. Yum.
cheers, scott

Thanx Scott! That guidebook you referred to is how I knew it was over there somewhere, I just hadn't seen it before. Though I'm kinda thinking maybe later in summer rather than spring meltoff for that little adventure might be the better