I had three goals for visiting Silver Falls State Park today: (1) see the falls at high flow [previous trips have always been in Summer or Fall], (2) get the loved one away from the office and on her feet, and (3) avoid (somewhat) the usual crowds. We got to the South Falls parking lot at 0930 (not early!) but found only 6-8 other cars there - great! We were soon on the trail, 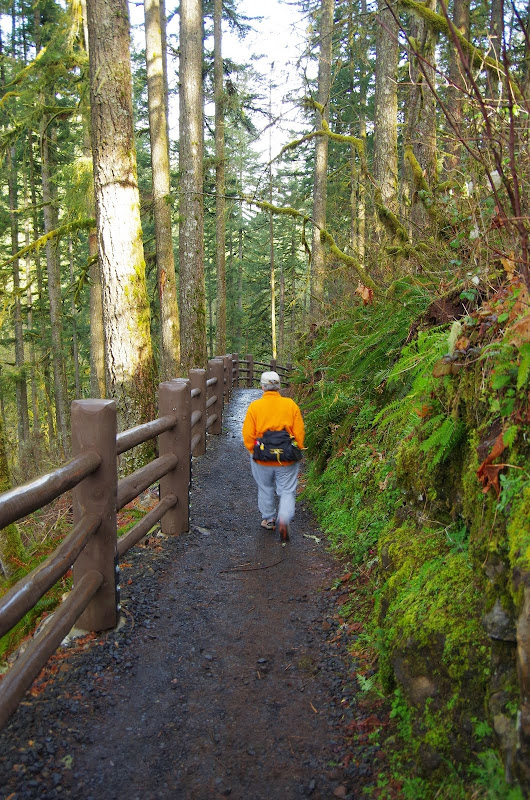 to South Falls - which was spraying and thundering - amazing! 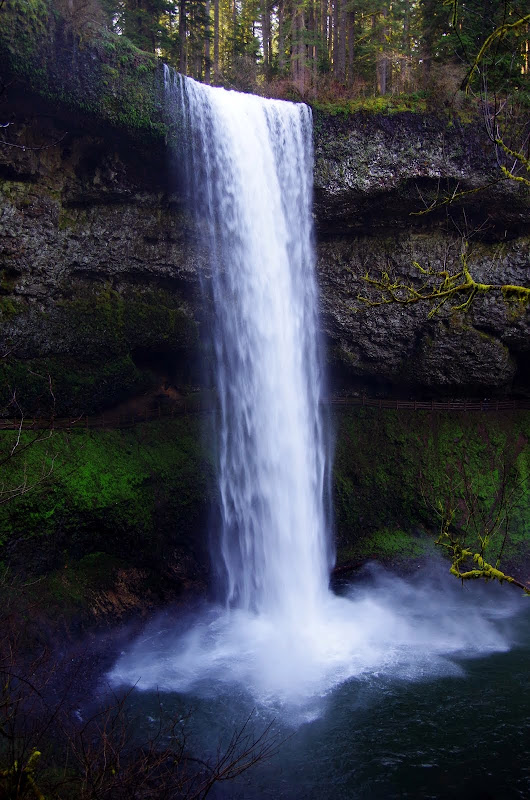 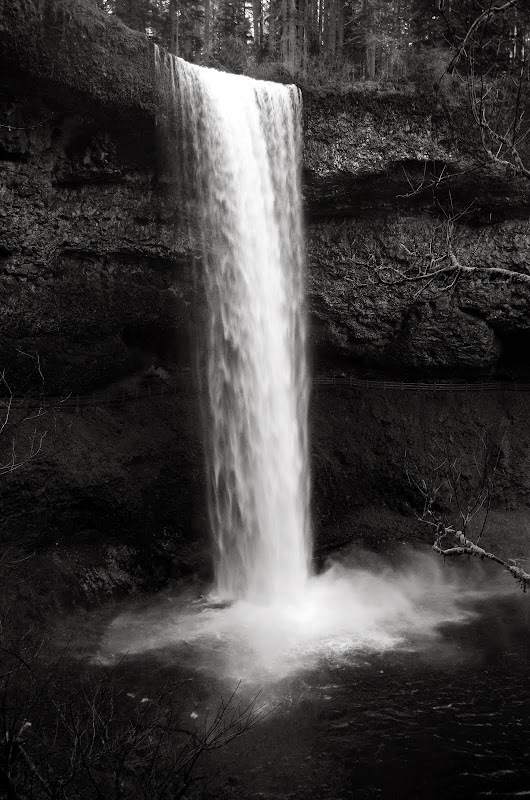 Spray was swirling everywhere and I noticed later that this spray - and the overhangs behind the falls - produced a real hairball of a GPS track here. The weather forecast had spoken of fog, clouds, and a late clearing, but we had just a little overcast and mostly sunshine for our entire visit. 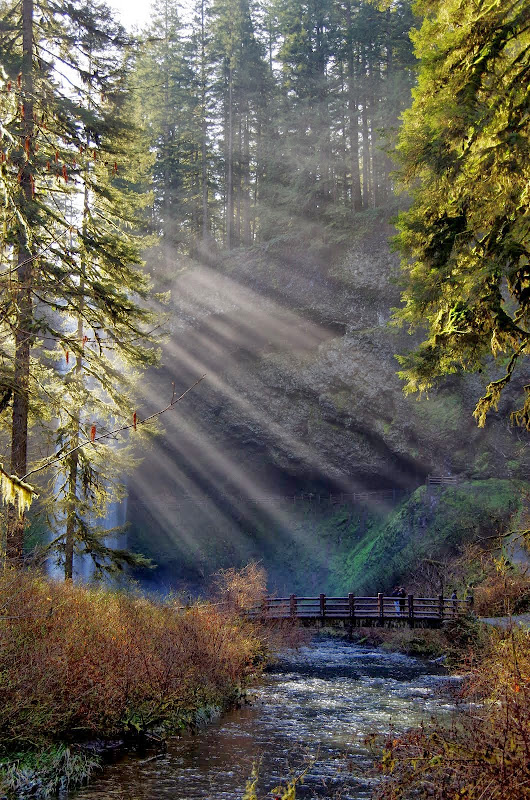 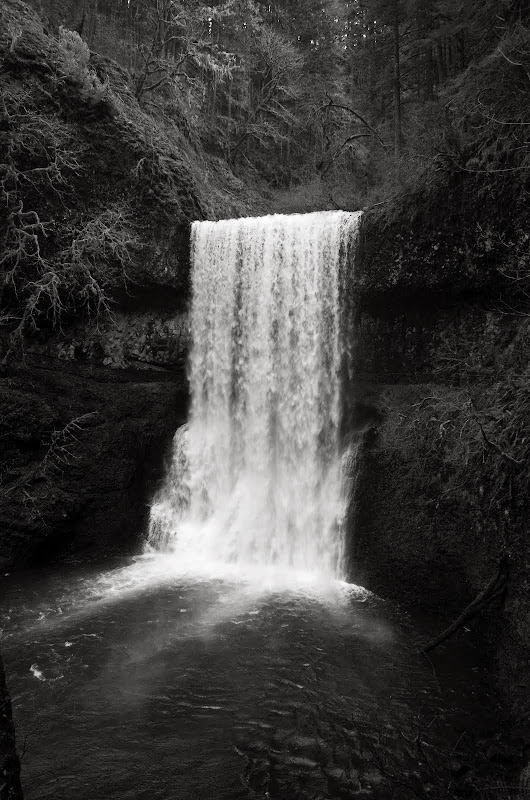 and its scale is hard to grasp, 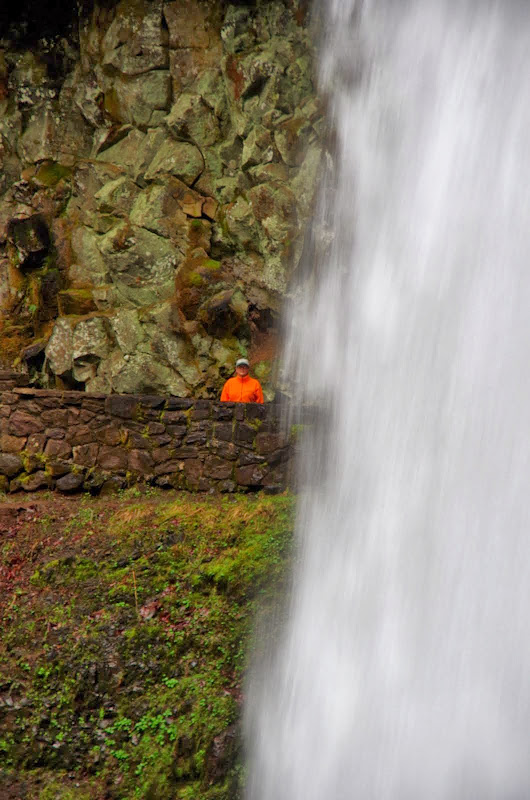 until you use the 5' 2" loved one for perspective. 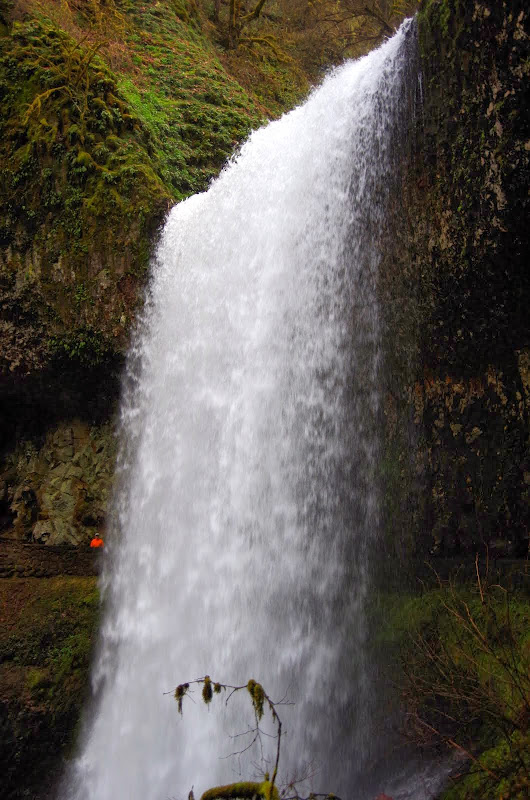 We circled NE up the North Fork, 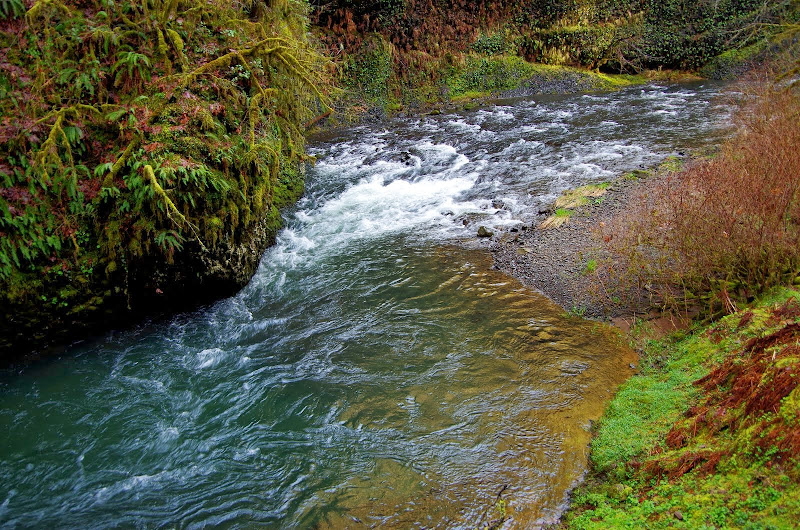 along the sun-dappled trail, 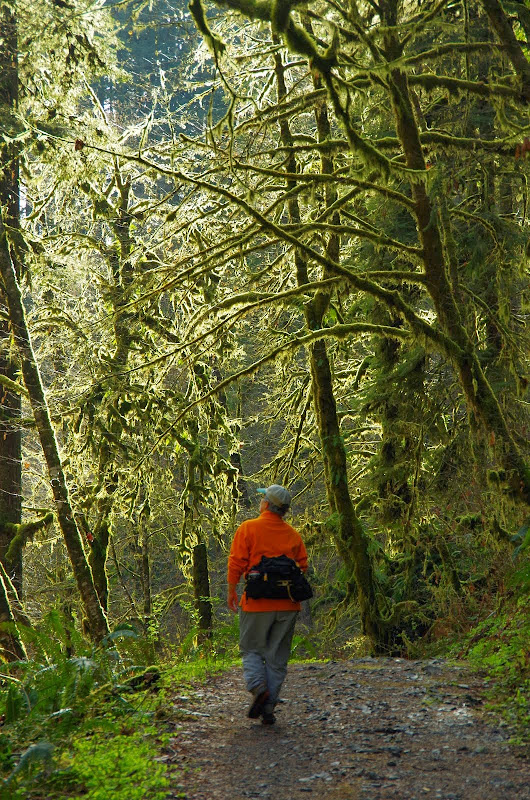 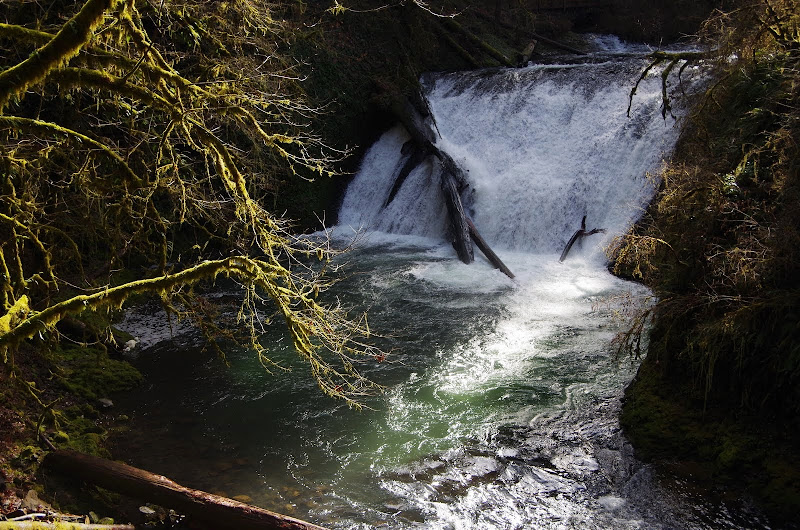 which was kicking up enough mist to produce its own small rainbow from time to time. 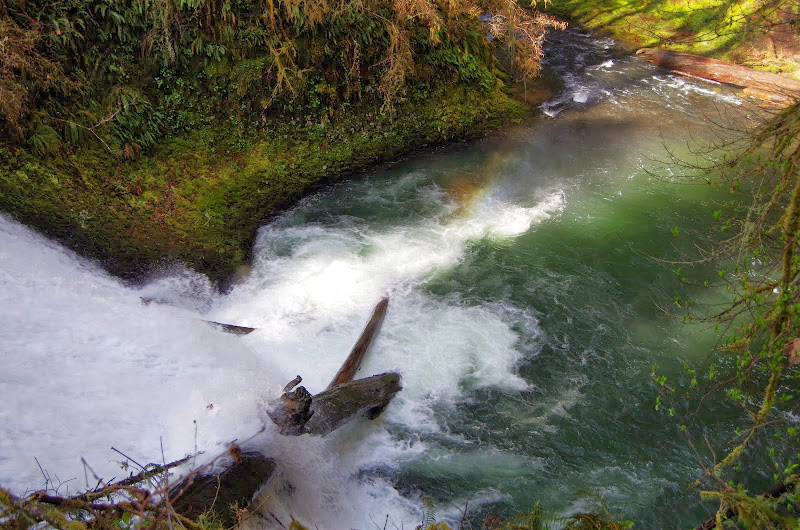 Double Falls (well, not really double - more like 1.25 Falls) was next, 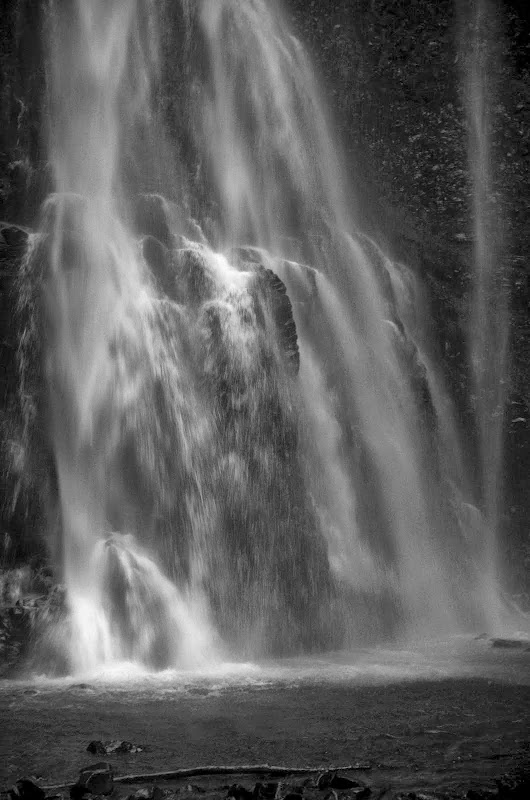 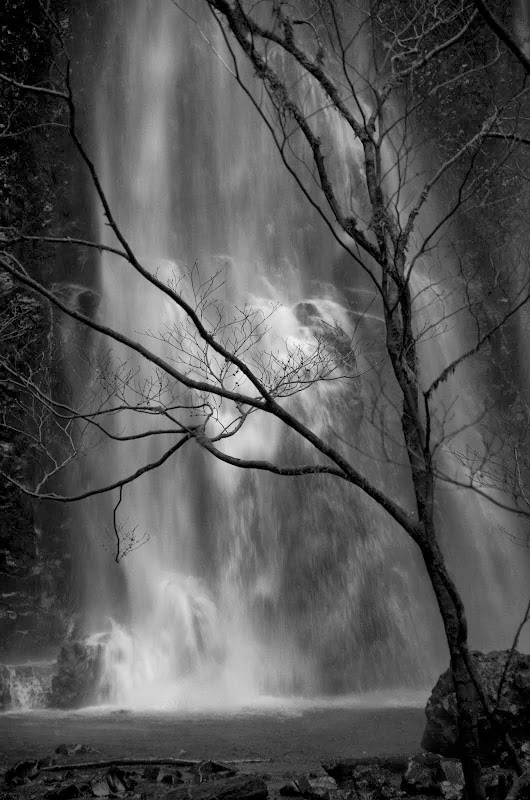 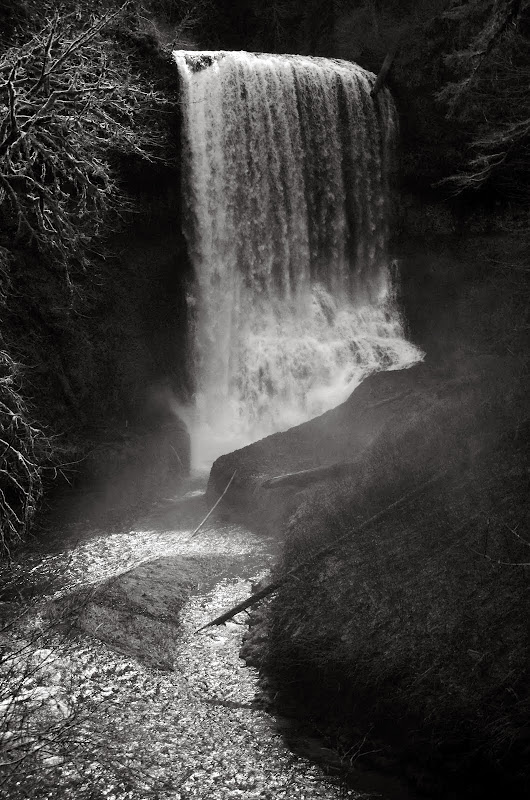 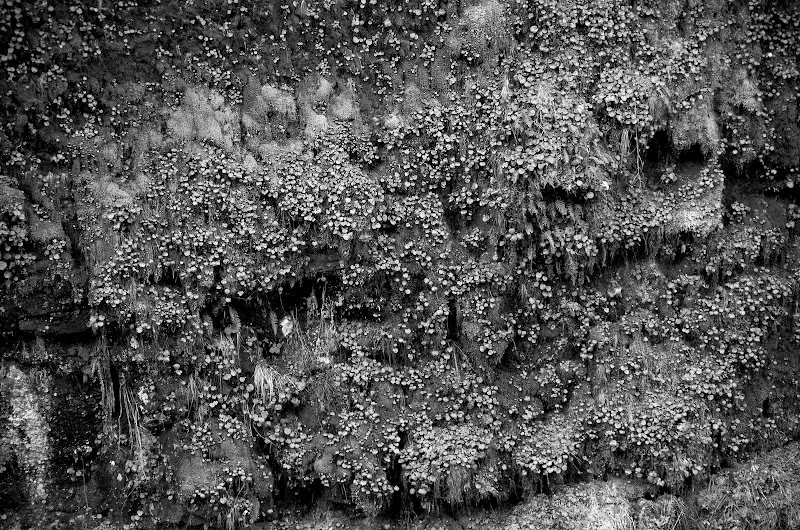 then another crossing of the North Fork (we passed on North Falls),

and back to the TH and car. This was a short hike (6 mi RT, 700' EG) but in that brief time, Lot A had filled and cars were spilling into the other lots. Going out we passed about 1/4 mi of cars waiting at the ticket booth to enter! So mission accomplished - got out of the office, missed the crowds, and saw the falls at high water. Visit now if you want to see the falls in this park at their fullest! 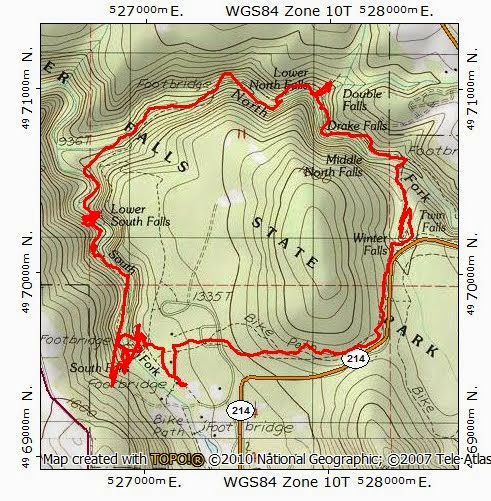 Looks like you took full advantage of the day. Thank you for sharing.
"hairball of a GPS track " Is that a technical term? If it isn't it should be.

"When we try to pick out anything by itself, we find it hitched to everything else in the Universe." - John Muir
Top

Nice flow on the creeks and nice pictures. Thanks for sharing