Ah, Super Bowl Sunday! But first, a hike. I try to get out to King Mtn at least once a year and today, with its bluebird forecast, seemed like it would be that day. Got to the TH early and headed E of the Wilson River trail. Found a new trail around the pond/marsh area (nice! - protects sensitive aquatic habitats and keeps your feet dry) and a new bridge over the big creek (also keeps your feet dry). 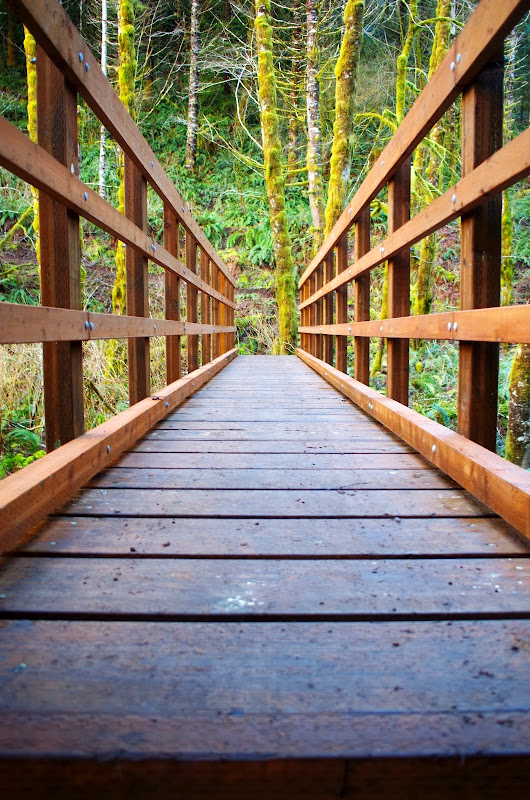 Enjoyed the sunshine as I cruised E on the Wilson River trail. 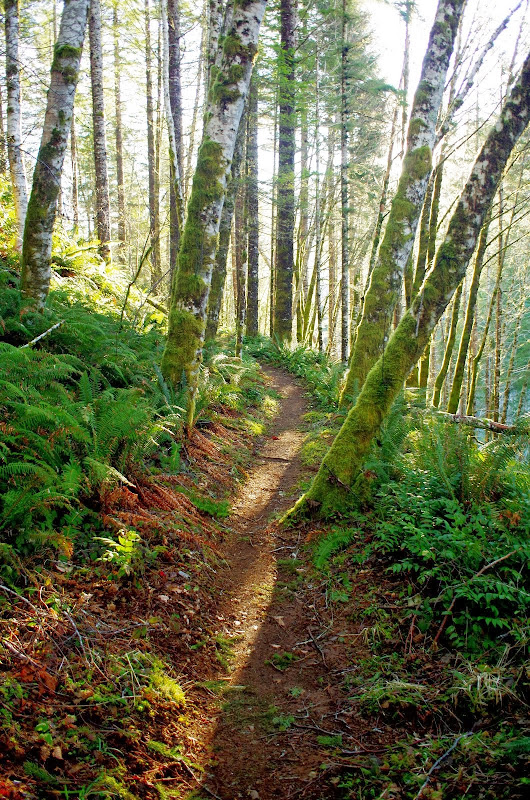 Wasn't motivated to further wreck my decaying carcass by hauling it (yet again) over Elk Mtn, so opted instead for the gentler, but longer, Elk Ck Trail. It is possible to short-cut the Elk Ck Road (Elk Ck May 2013), but it's probably more effort than it's worth. 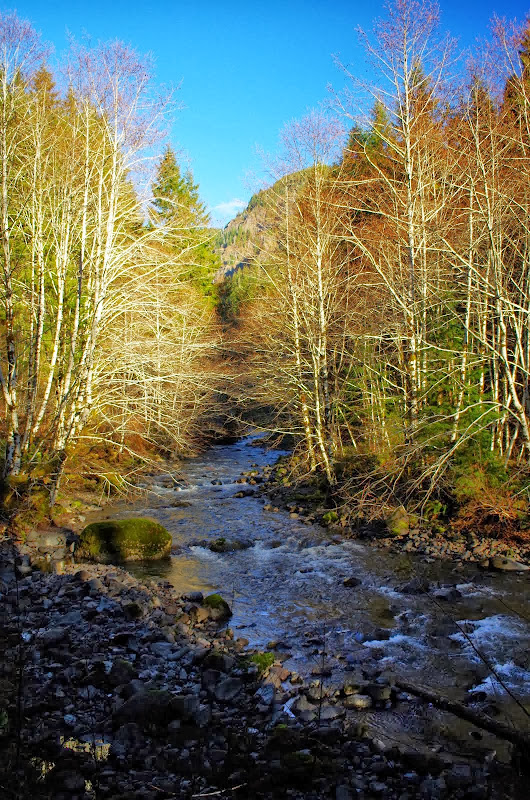 Snow started seriously by about 2200' 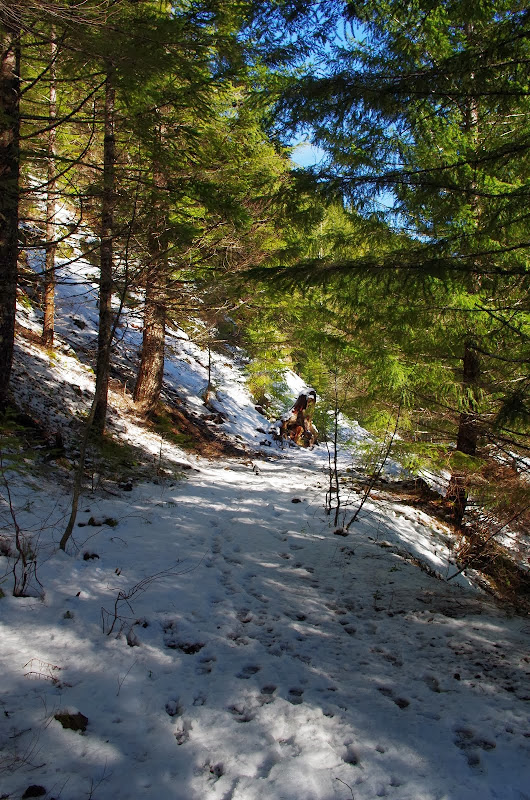 and reached its maximum (12-18") on the road over to the saddle. It must have been busy up there on Saturday because there were plenty of tracks. 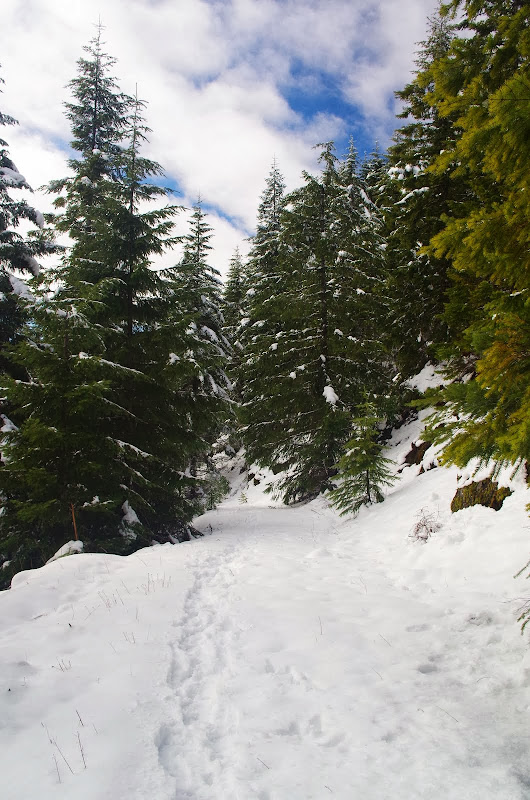 The snow at the saddle looks impressive but it's not that deep - nothing remotely worthy of snow shoes. 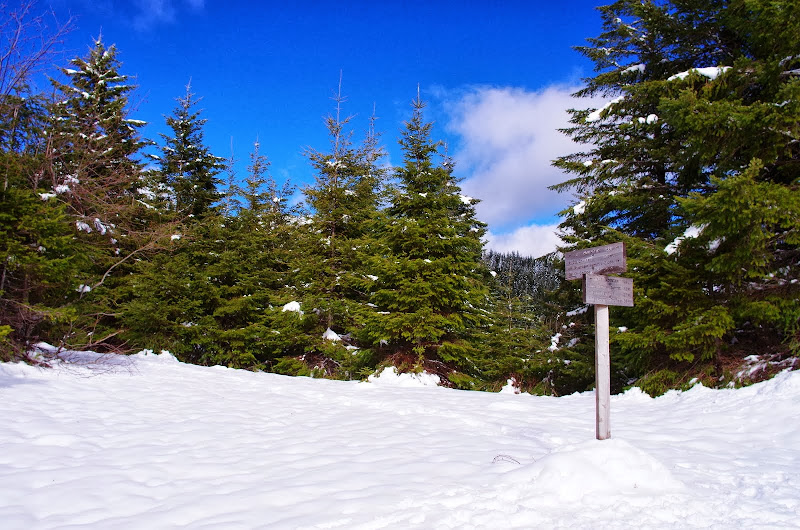 As I headed toward King, 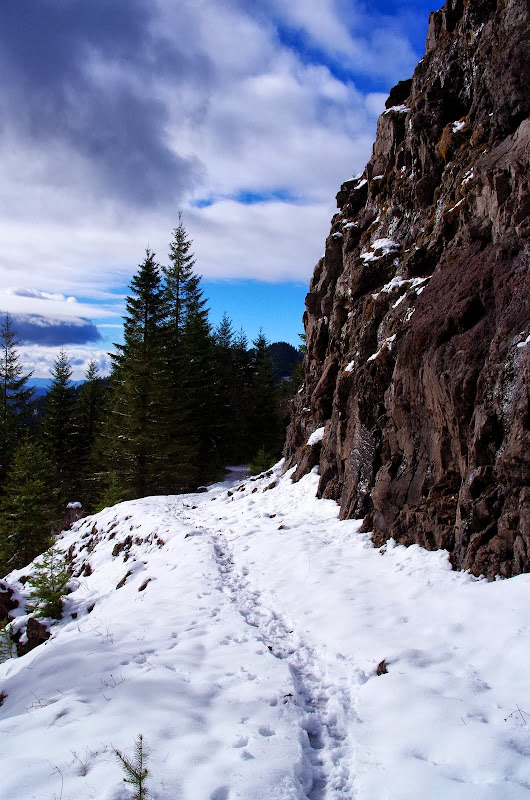 I figured the trail on the backside of the ridge would be OK because there was little snow and a lot of tracks - but you never know. But not a problem - the trail was slippery in spots (snow and mud) but easy to follow. Judging from the tracks, folks were sliding over it in running shoes - but that's a personal risk management call. 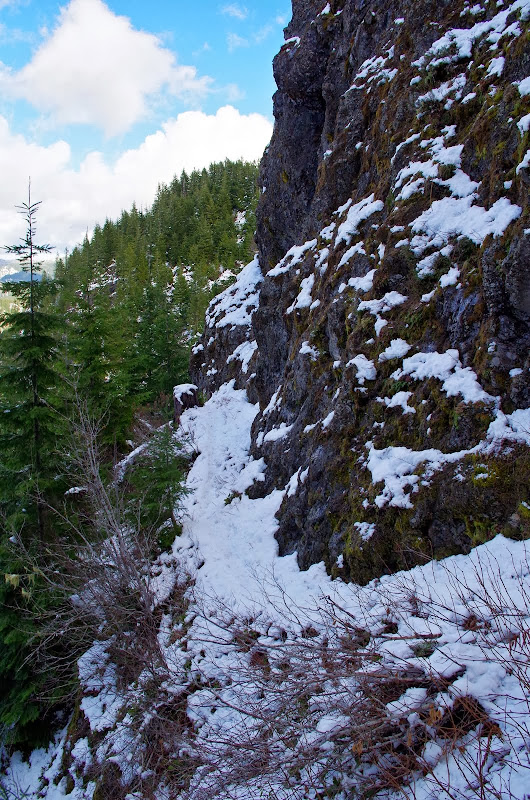 What really caught my attention were the large, puffy clouds floating through the area, 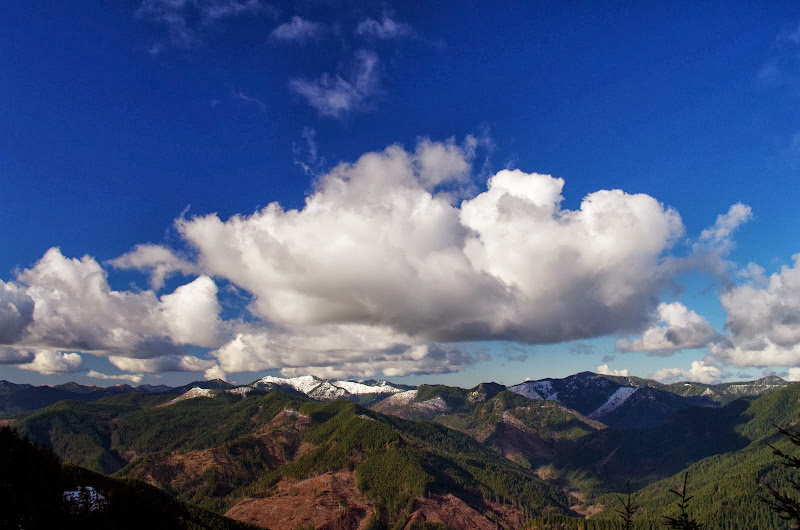 which obscured any views of Hood once I got near King's summit. 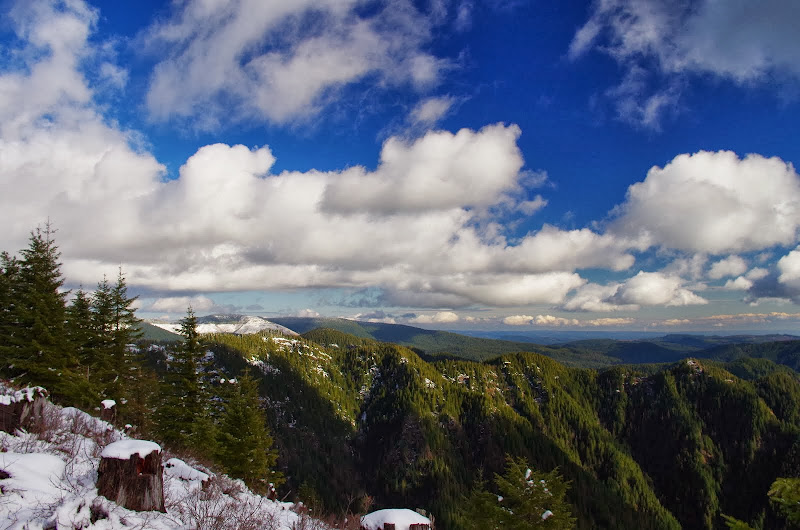 Leaving the summit, I passed about four people and then headed down via Kings Mtn Jr, with its aptly named... 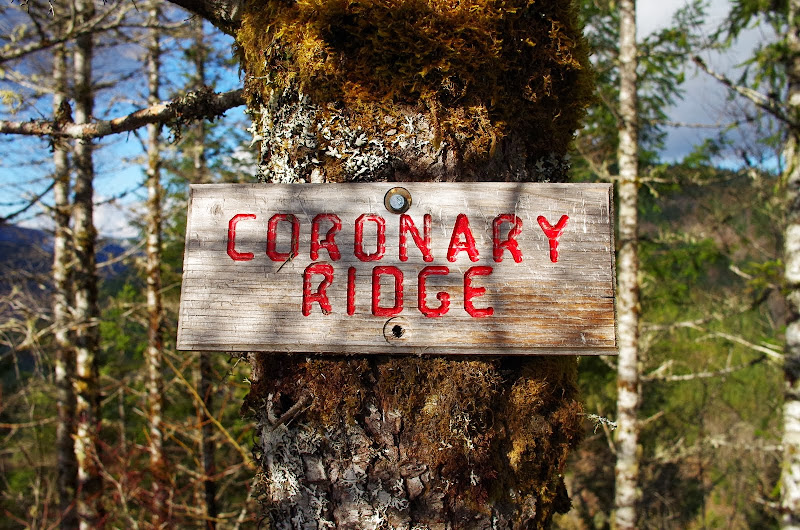 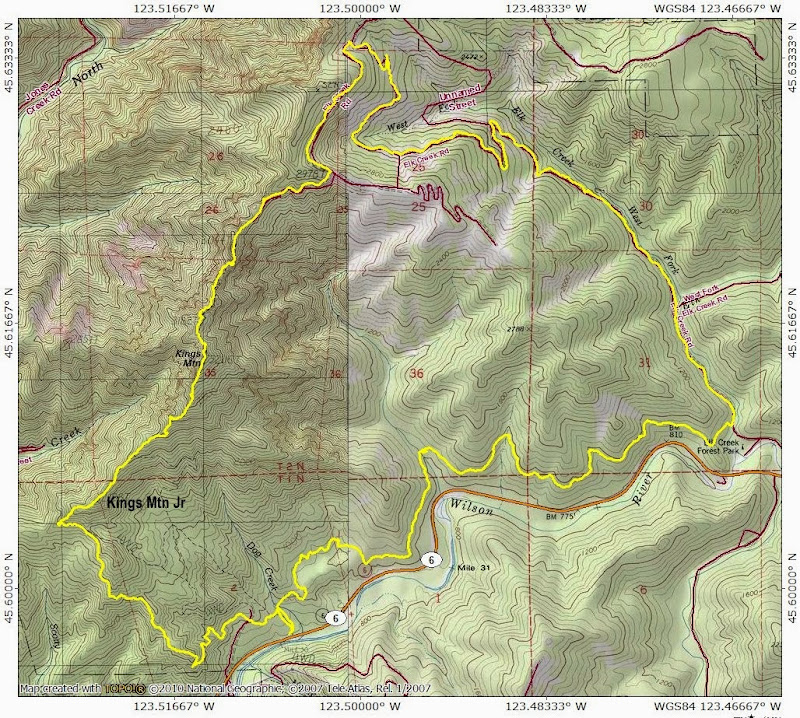 Nice report, Van. I was going to do the same thing the day before but forgot the spikes. I made the personal risk management decision not to go in just boots and just plunked around in the snow instead

haha I was considering that exact same hike yesterday. I'd mulled it over and decided on just a Kings Mtn hike... then woke up Sunday morning feeling awful, so I stayed home and didn't hike at all.

Nice to see that the back of Kings is still doable. It's been awhile since I did that loop, so I might give that a shot sometime soon.

It looks like I not only missed out on a bluebird hiking day, but also on a potential chance to cross paths with VanMarmot!

Sean Thomas wrote:Nice report, Van. I was going to do the same thing the day before but forgot the spikes. I made the personal risk management decision not to go in just boots and just plunked around in the snow instead

Thanks! Had my spikes along but got thru (carefully) with just my boots. But if the weather goes really cold this week per the forecast, it could get truly slippery up there.
Top

VanMarmot wrote:It must have been busy up there on Saturday because there were plenty of tracks.

No kidding. I did the WRT / Elk Mtn. / Kings Mtn. loop on Saturday. I counted 11 people at or near the Elk summit when I was there; I've never seen that many on a nice summer day! A bunch of people were doing the traverse, in both directions. Microspikes came in handy.
Top

"It must have been busy up there on Saturday because there were plenty of tracks.

Yeah, on Super Bowl Sunday it's so busy out there with people avoiding the Super Bowl