Intrigued by Pablo's description of his "direct to the Gorton" ridge climb (Pablo's Deadwood Direct 2012), I gave it a go today. Parked outside the Wyeth Campground gates, feared for my gas cap, and looked up at a sky that was sending mixed messages - sun or gloom? In the end, the whole enchilada - but first, we hike. 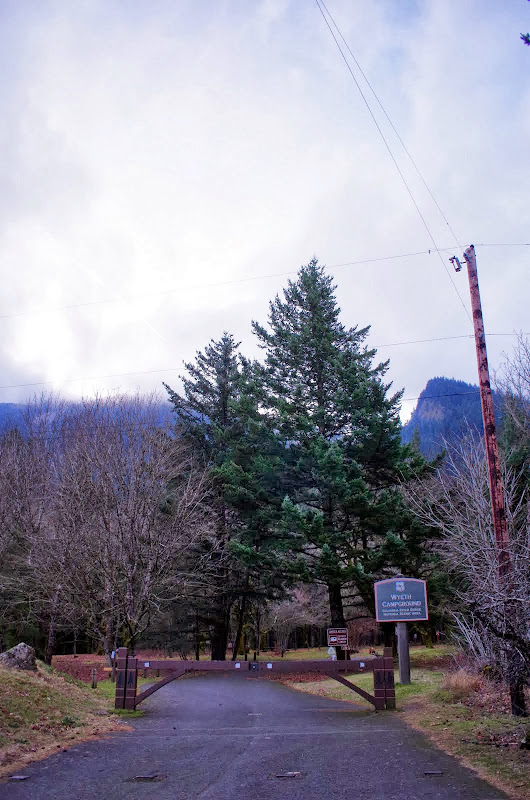 Pablo's description is spot on and I had no trouble either finding or following the route. Early on, I came across a deer stand made out of a pallet, 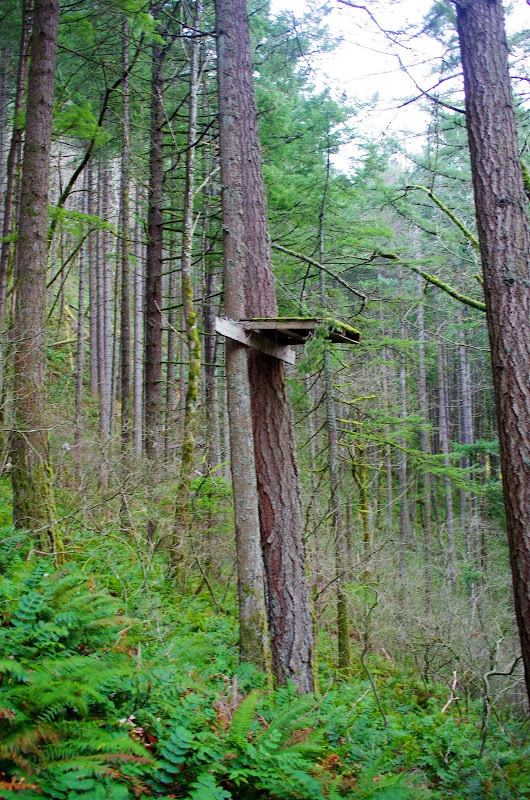 and then yellow plastic tags firmly stapled to a line of trees - these continued up to about the 1000' level. 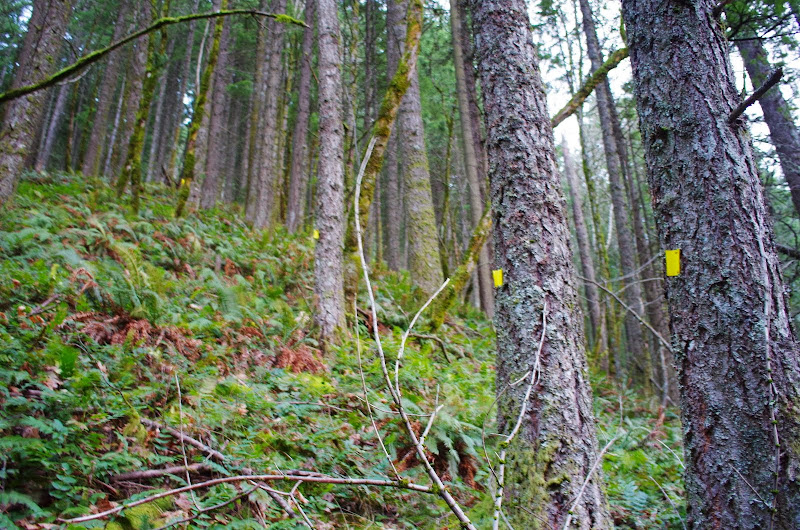 The tags ended (or I never saw them again) at a mossy gully which was tricky only because the moss was loose (higher up it would be frozen). But this route is not steep, so no worries about portable handholds. 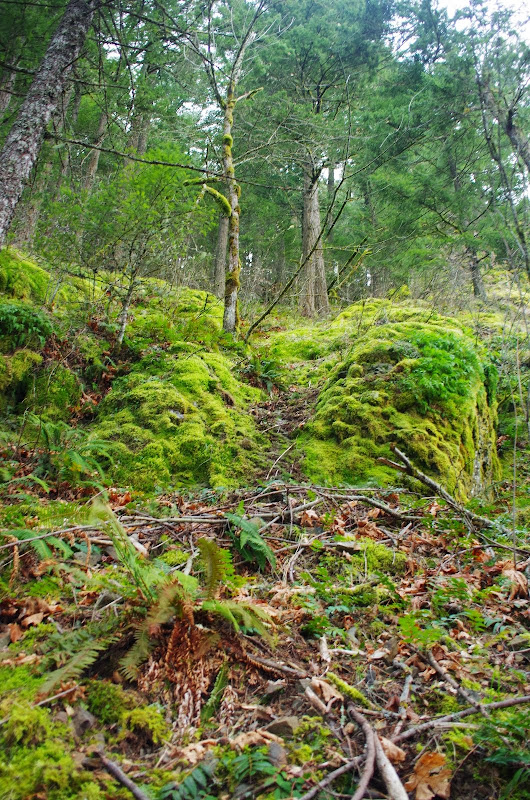 At about 1200', I pushed up into a band of much colder, damper clouds and the tree flocking started in earnest. This was at about 2400', 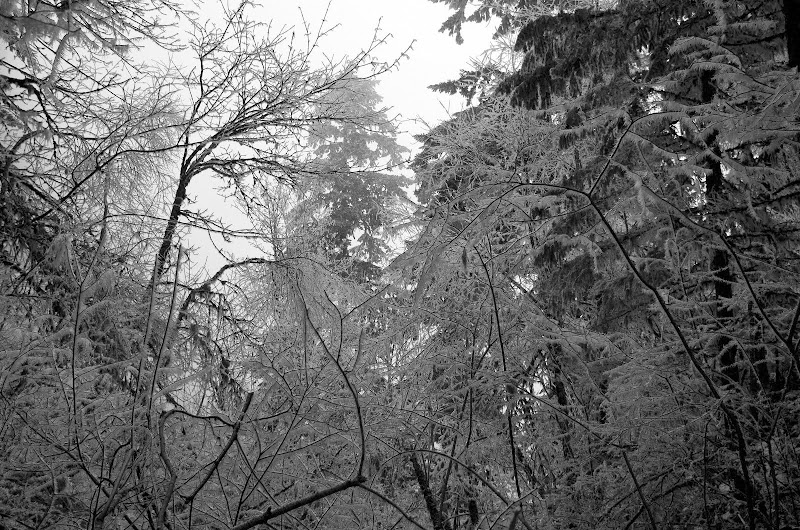 and where there's a headwall to avoid by going climber left. After that, it's just a long shallow gully up to the ridge. 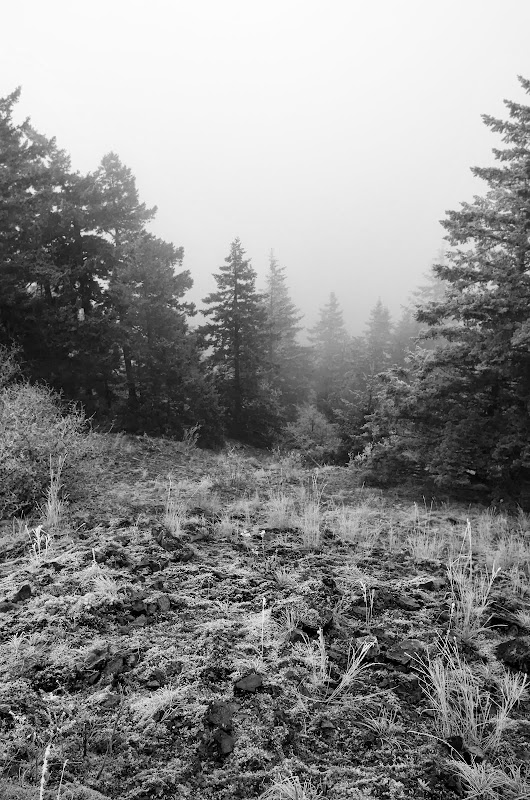 Proving that there's still some of the marmot mojo left, precisely at 3000' - right at the intersection with the Gorton Trail - I stepped out of the clouds and into the sun! 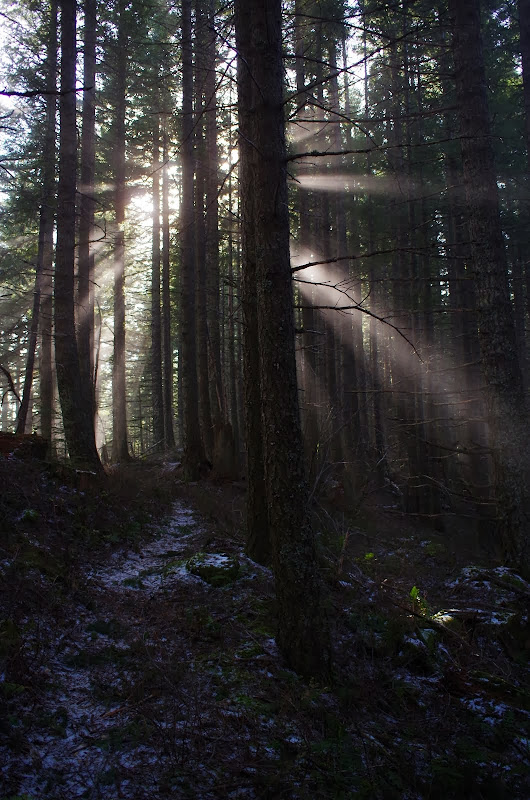 There are a few clearings along the Gorton Trail where I could look N and down into the boiling mass of cold clouds I'd just left. 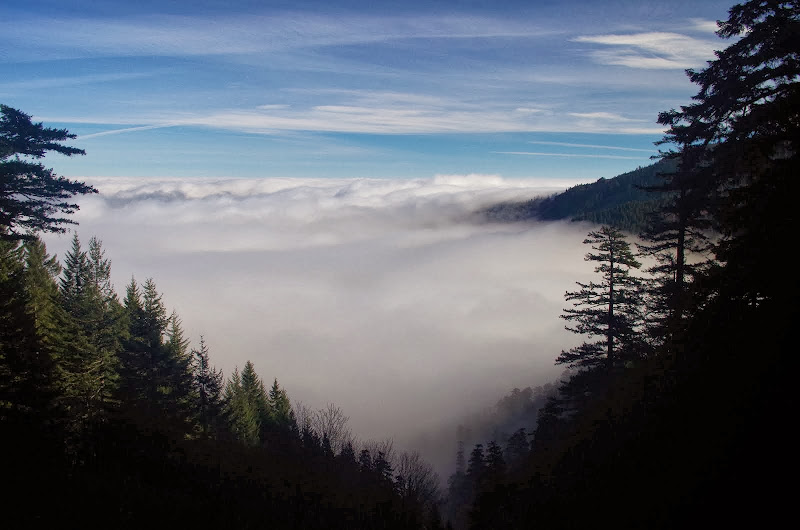 A little further along, Adams and Rainier came into view, and I could watch the clouds spilling over the ridges like water over a levee. 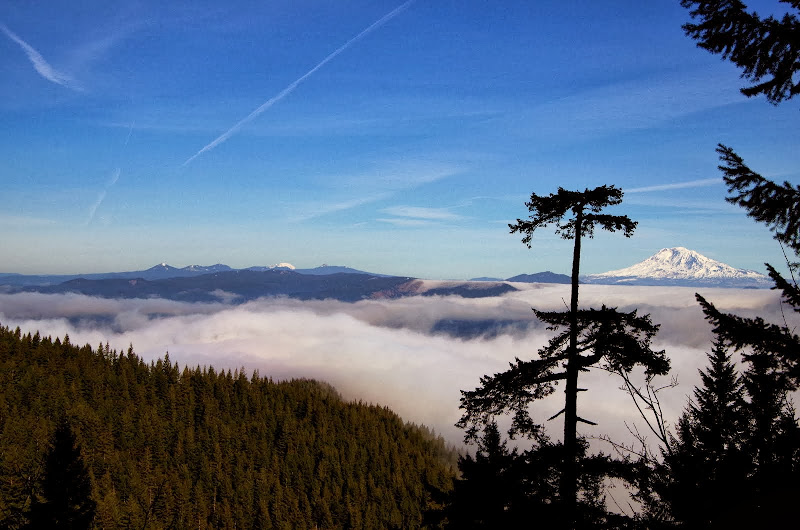 Up above Ridge Camp, there's a spot where you can see Silver Star and the ridge (foreground) that carries the PCT up to the Benson Plateau. 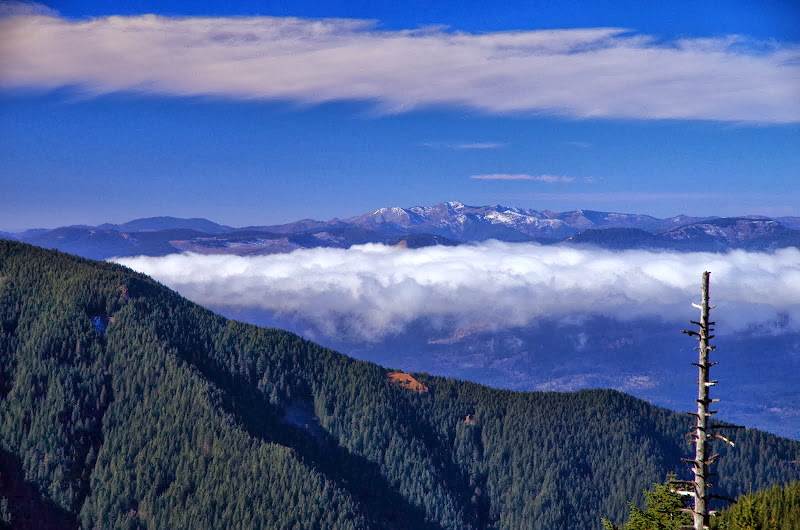 The plateau had a thin layer of old, hard snow - all the interesting snow formations Sean had seen just a few days ago were gone. 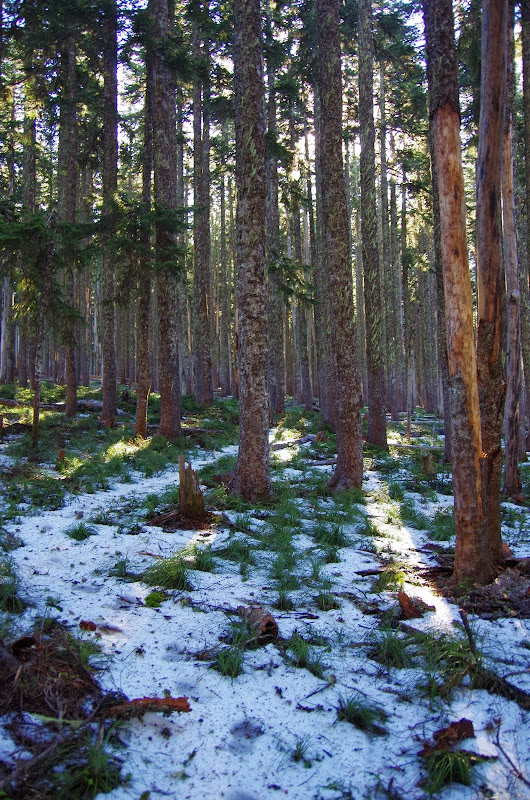 I skipped Green Point to keep some daylight for going back into the cloud, had a quick lunch, and headed down. Right at 3000', I had a good view of St. Helens and of the top of the cloud. 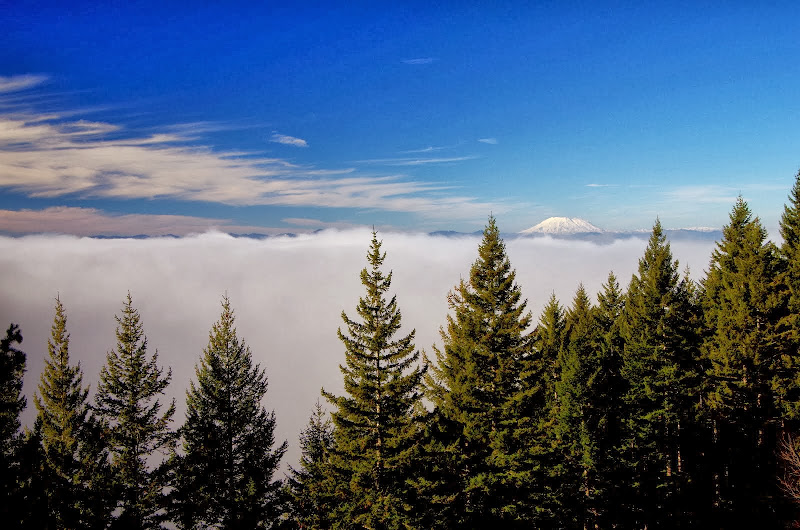 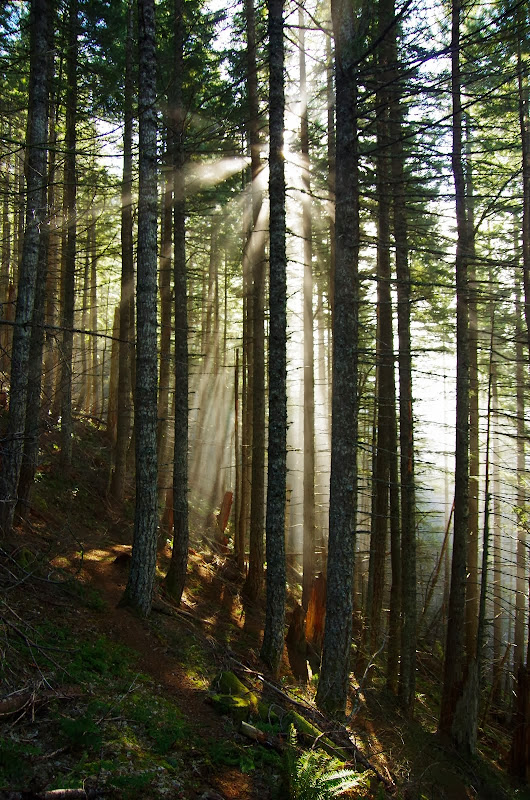 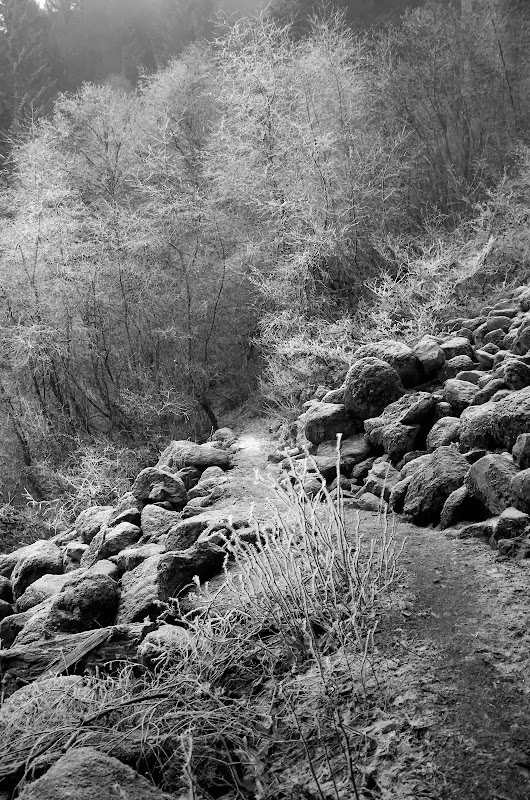 And then, I was under the cloud and, after a lot of switchbacks, arriving at the TH. 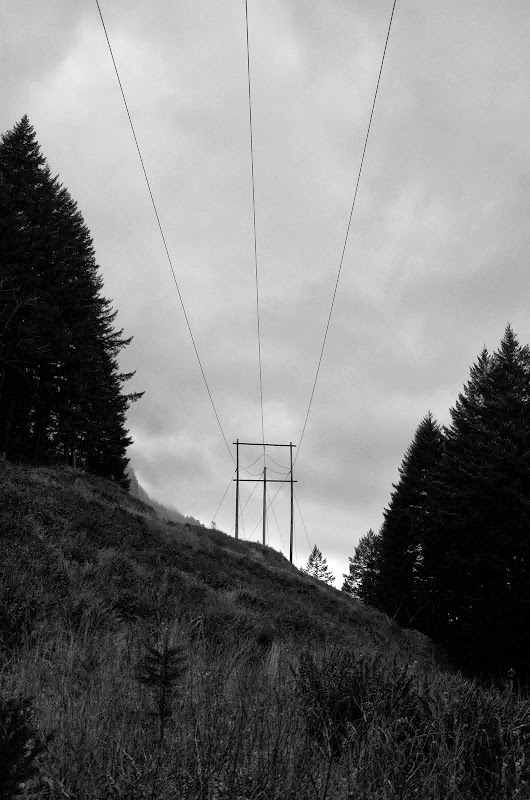 Despite the weather, an interesting way up to the Plateau and to avoid a walk-back on the 400 trail. Another Pablo classic! 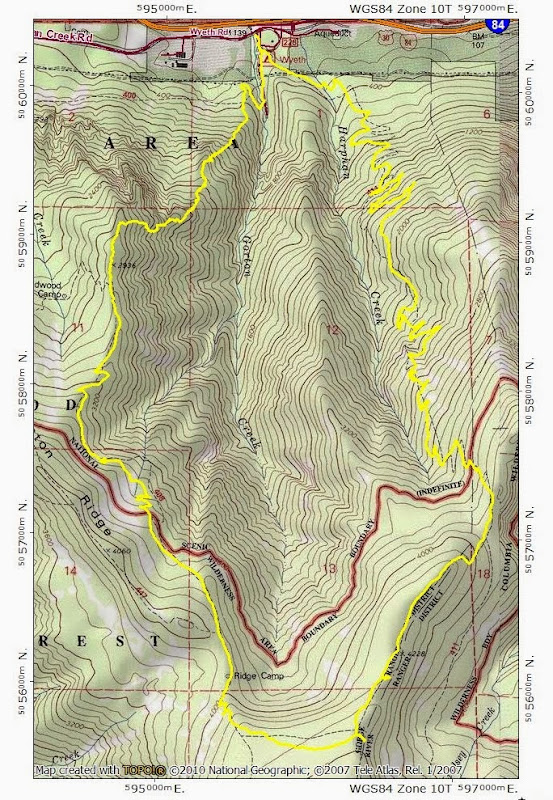 Another nice outing - the Wyeth Trail is a nice focal point for things to do in the area, obviously. There's the ridge you did today, Wyeth Spur, Wyeth Crown, and that the ridge line to the immediate east of Wyeth trail has some interesting spots. Plus all the usual stuff like the lakes and Green Pt Mtn. There's the ridge above Shellrock and Lindsey Ridge and the Powerline Trail all for making great loops.

Well done! I need to give this a try.

Its entertaining how the usual suspects employed this weekend's "extended fall weather" to mark offtrail scrambles from their 2014 to-do list.
Top

CraigG wrote:Well done! I need to give this a try.

Its entertaining how the usual suspects employed this weekend's "extended fall weather" to mark offtrail scrambles from their 2014 to-do list.

Thanks! Steep but probably less "exciting" than the Munra's NE Ridge! Moss on!

Hmmm. "Usual suspects?" I haven't been one of those since that unfortunate misunderstanding back in ... (but I digress).
Top
Post Reply
4 posts • Page 1 of 1