Allison's recent TR on a different way to ascend Table Mtn (Table via Hamilton Ck), combined with Don's map of the routes around Table, got me fired-up to try a new (for me) loop around Table. The forecast was for sunny weather (ha!) and the day started well as I approached Bonneville Hot Springs and their safe parking lot. 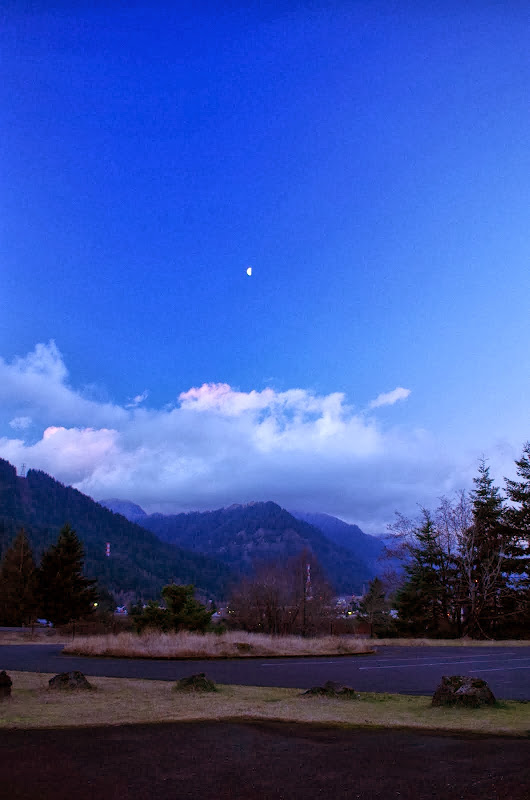 From there, I went W on the BPA service road and connected with the trail that circles Aldrich Butte toward Cedar Creek. By this time, a little sun was starting to creep into the forest. 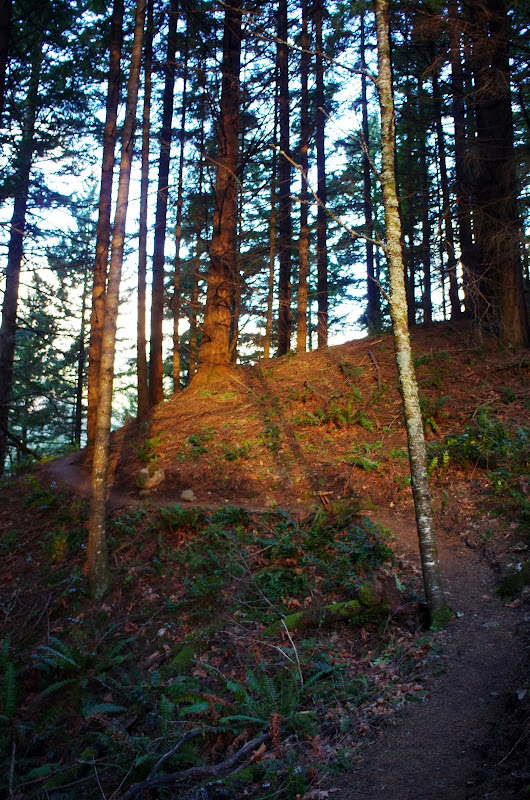 After crossing Cedar Creek, I took the trail past the cutoff for Cedar Mtn and down to a junction (arrow) with the old railroad grade above Hamilton Ck. The trail was in OK shape and the RR grade was unmissable. 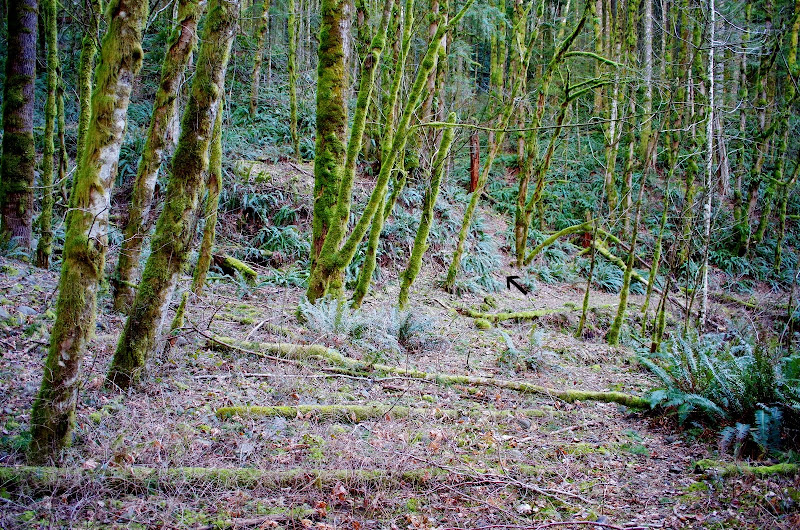 Although the grade had some clear stretches, it was built to facilitate the cutting of trees and not to last as a RR. Cut and fill with no trestles or culverts has resulted in a blow out - sometimes quite an impressive one - almost every time the grade crosses a gully. 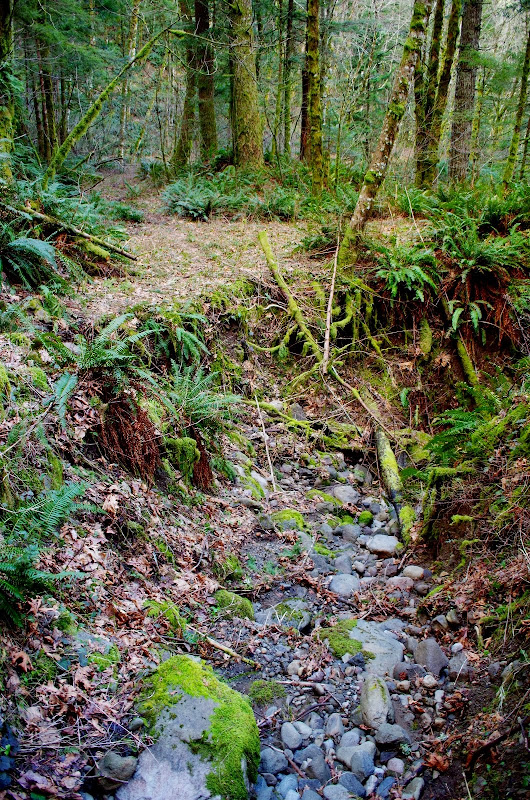 There are ropes to assist you across two of the gullies and after the second rope assist, the grade takes a turn for the worse with more slides, sinkholes, and washouts - but still easy to follow as a trail. At about 1200', I entered a more level, more open area where the RR grade presumably continues up canyon to the left. However, this is also where a very obvious ATV trail starts - one that can be followed all the way up to Table's NW Ridge, 1800' above. 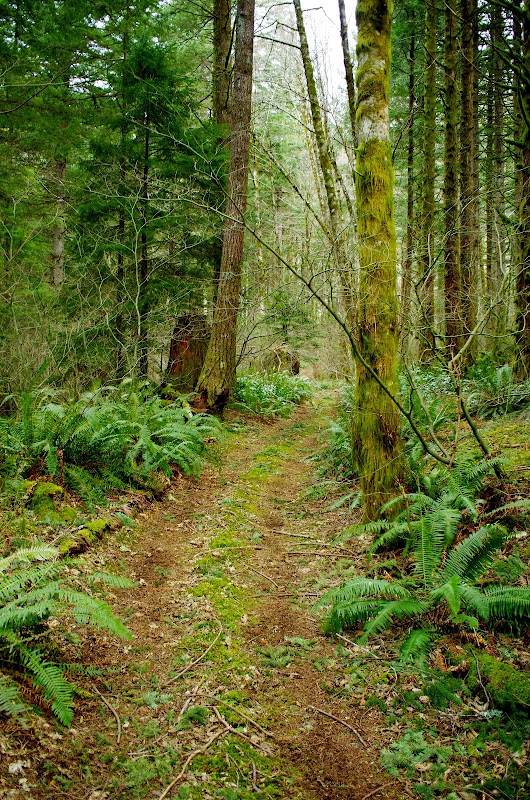 As I climbed up the ATV trail (which is also a BPA service road), the sunlight started to fade and clouds started to descend. The wind, which hadn't been particularly noticeable in the canyon, started to pick up a lot and it wasn't a warm, welcoming wind. 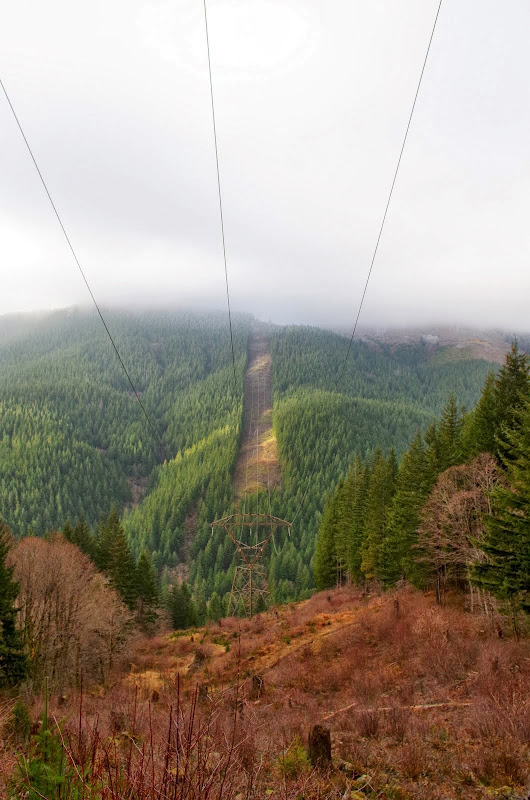 Higher and higher, colder and colder, windier and windier. By the time I got to the saddle where the NW Ridge trail starts, the temperature was below freezing and the wind was howling. "Full conditions" the Scots would say. Builds character. 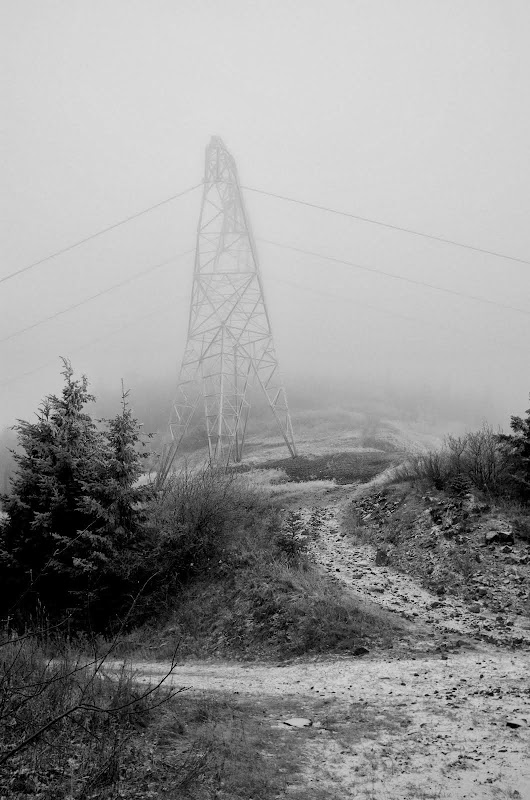 Heading out along the ridge, I kept getting pelted with snow pellets - which was actually water freezing on the tree branches and leaves and then being blown off on me by the wind screaming across the ridge. 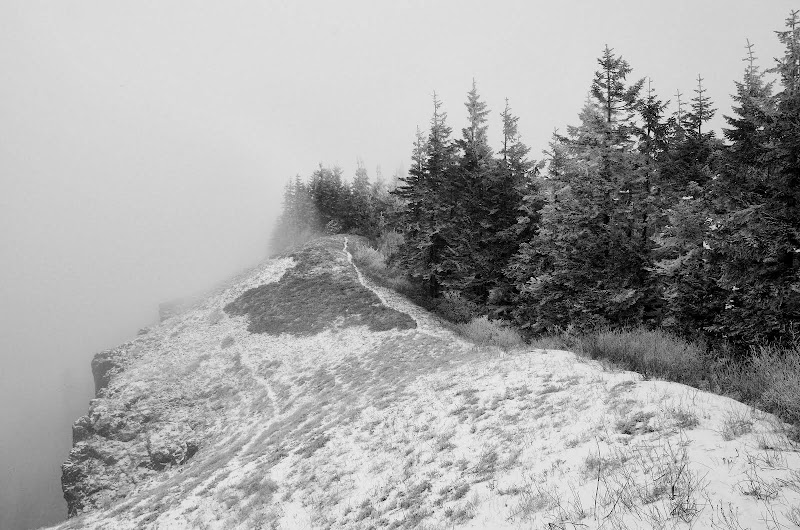 Finally the summit - not much snow, a little ice, a lot of wind. 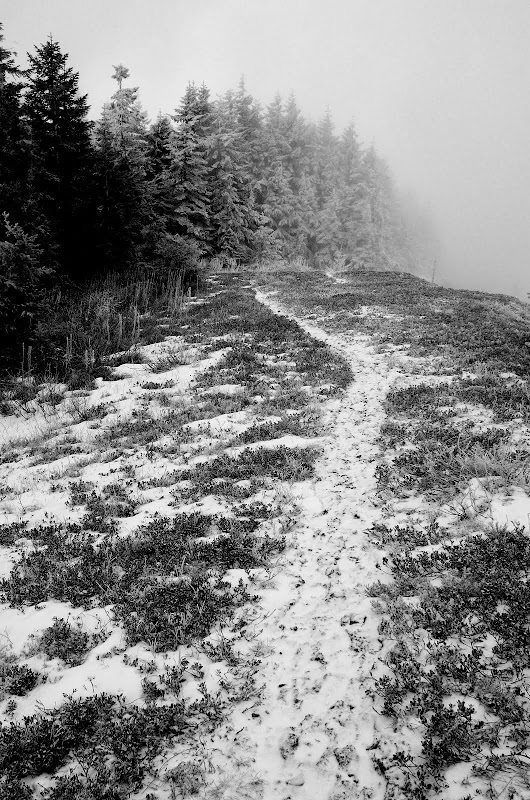 Heartbreak Ridge seemed like the least windy way off the mountain, so I headed over to where its trail reaches the summit ridge. 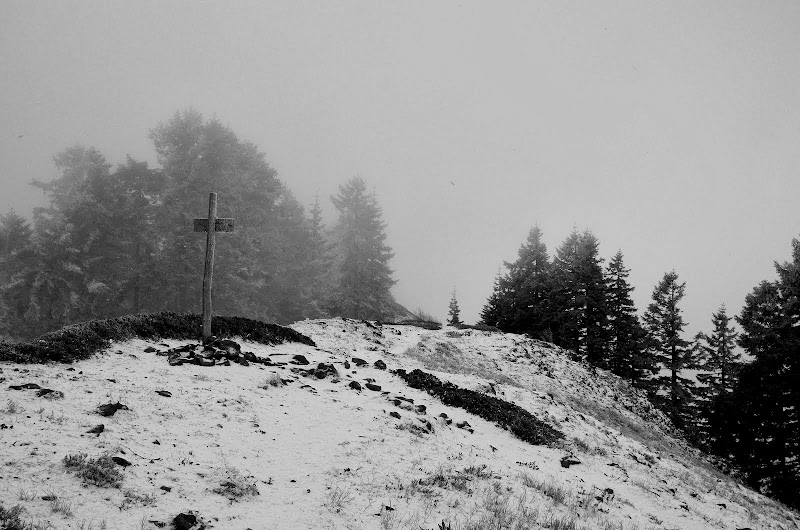 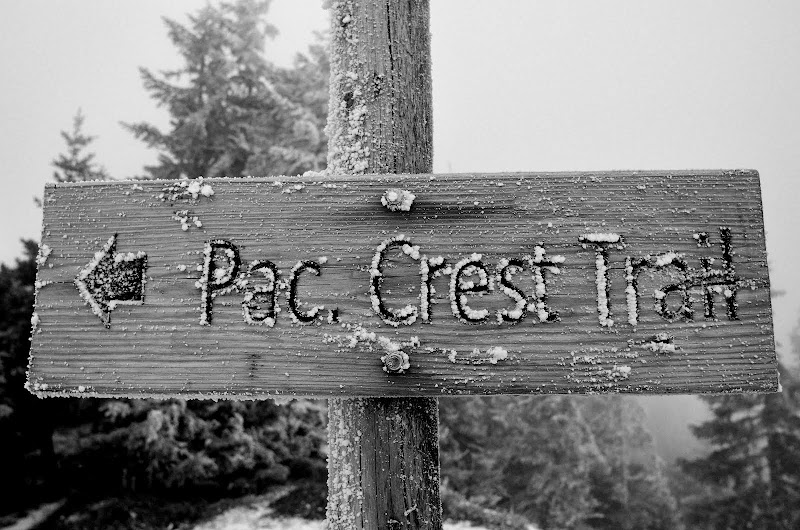 And thus down, across the Boulder Field of Doom, 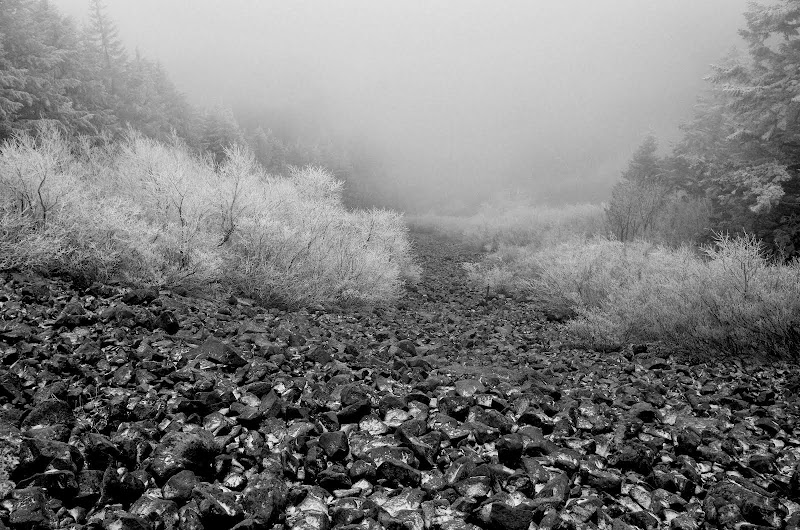 to the saddle between Table and Pt 2692 - where it was extra windy. Pt 2692 was interestingly pointed with blown snow, 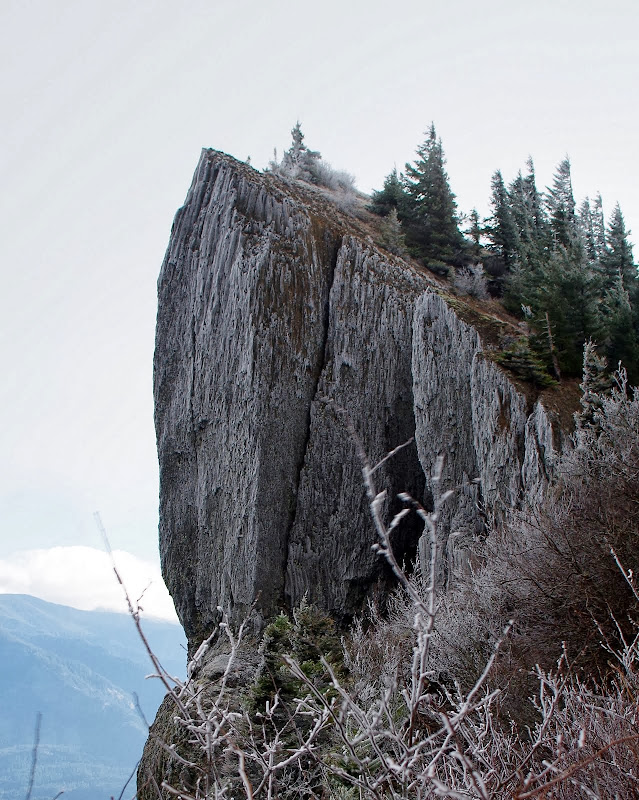 and the usually impressive S face of Table was lost in the clouds. 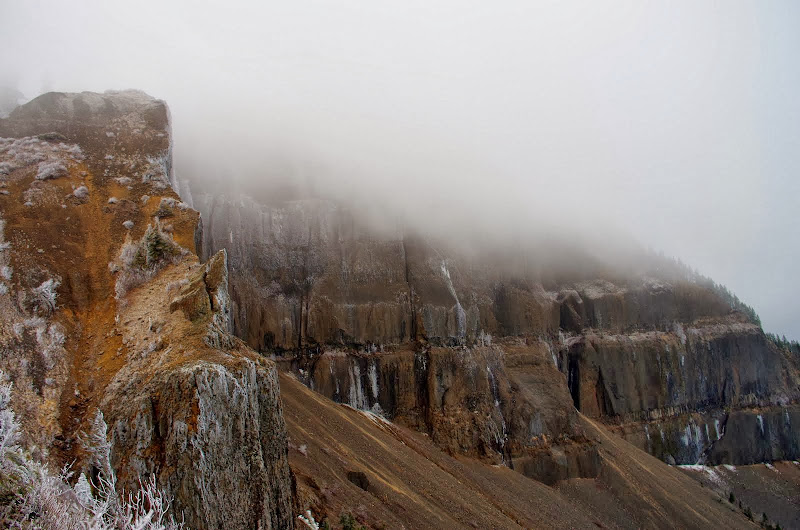 Irony being what it is, I half expected to see Table's summit illuminated by sunbeams by the time I got down to Carpenters Lake but no, a cloud was still stuck to the summit like a dried piece of chewing gum. 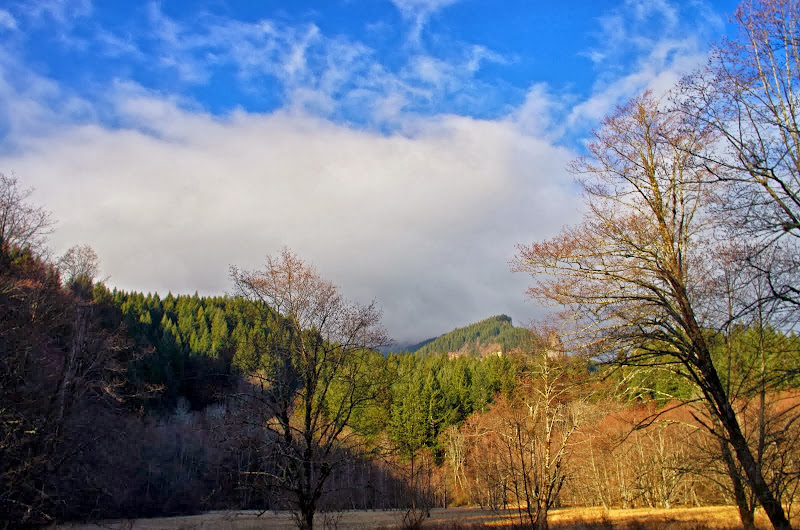 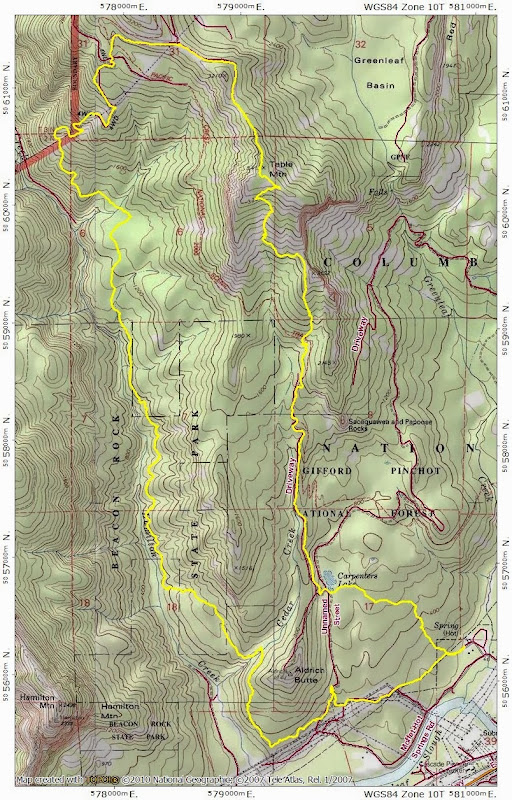 Not sure how I missed this one!

How was the RR/Rd grade where AW's track leaves off and yours continues up to the ATV/Powerlines
track? And can I snag part of your track for a mapset update?

Eric Peterson wrote:Not sure how I missed this one!

How was the RR/Rd grade where AW's track leaves off and yours continues up to the ATV/Powerlines
track? And can I snag part of your track for a mapset update?

The gpx is attached. When I got to the larger, more open area at around 1200', the ATV was immediately apparent and, since that's what I was looking for, I didn't look around for any continuation of the old RR grade. But the grade had deteriorated a lot coming into the open area and may not be in great shape past it. I know Don's been up there because he's mapped it, so you might PM him about its condition higher up.

Yeah, that ATV/Powerline route is mapped and hardcoded into the mapset from a WA side trans Gorge
hike Guy, Peder, Mayhem and I did in '12. Just needed that tiny smidge where AW's leaves off and you
continued

Nice job and great pics, too! Addictive area as I mentioned to Allison a report or two ago. Thanks for helping give it some more exposure.

BTW, the grade is fine all the way to where it once crossed Hamilton Creek about 1.5 miles farther past where you took the turn on the ATV route. There is one big washout but no worse than what's down below. There are remains of the original log bridge at the crossing but it's a rock hop in low water and hard to cross any other time. Not much too interesting above that, though.

Wow....very nice! Thanks for sharing.

I'll have to remember that Scottish term "full conditions." It implies that you haven't really started enjoying things until the weather turns truly awful.
Time spent hiking will not be deducted from your life.

vibramhead wrote:I'll have to remember that Scottish term "full conditions." It implies that you haven't really started enjoying things until the weather turns truly awful. 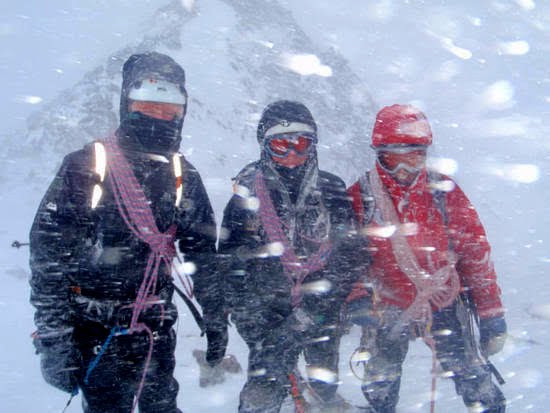 After this TR and Allison's recent trip I think it's about time I hiked Table Mtn myself. Never have.

Thanks for sharing your gps track, I appreciate that you shared it. I enjoyed your TR, and your pictures.

I'm guessing that conditions have changed up there slightly with the recent drop in snow levels.
Jim's Hikes