I did an out & back to Three Corner Rock two years ago (3 Corner 2011) and a walk-by last year (Bonneville to Washougal 2012) and was contemplating another out & back for today. However, 17 miles in 15 F weather wasn't all that appealing, so I diverted to an exploration of an old road that runs W of, and parallel to, the Three Corner Rock trail for about 4 miles. If this old road/trail/whatever could get me to 2000', then about 3 mi of XC might allow me to connect with the TCR trail. I was at the TCR TH early (why?), where it was staggeringly cold - certainly 20 F or less. 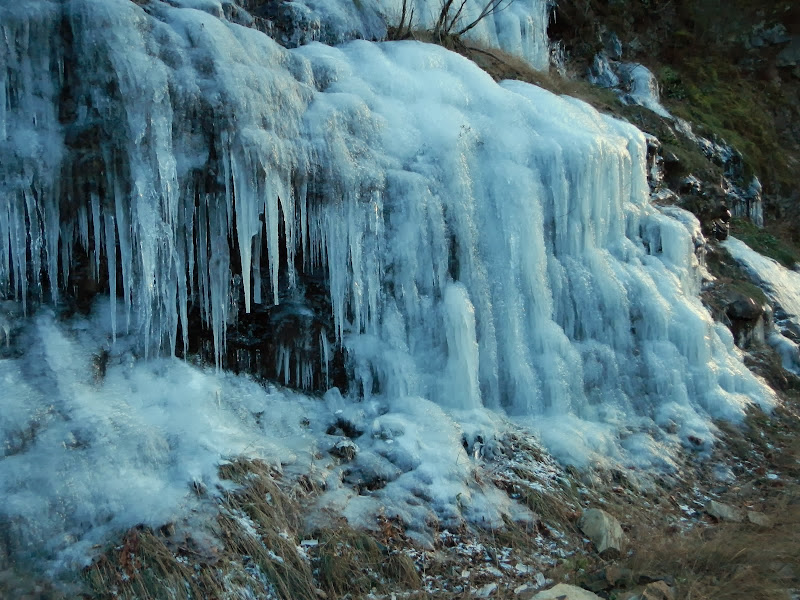 Despite the harsh weather conditions, I grabbed the moral high ground by dutifully displaying my Discover Pass as directed. 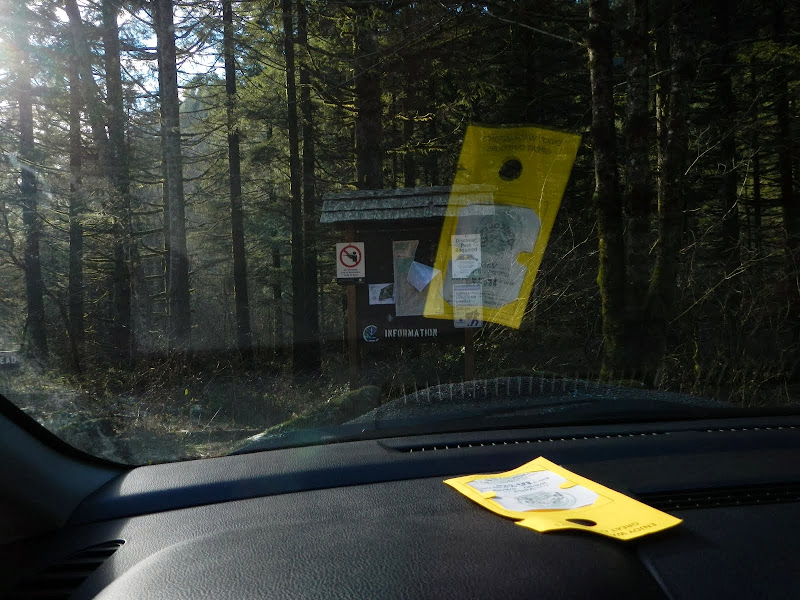 There's no sign for the TCR TH on the road anymore but it's pretty obvious (about 300' back down the road from the parking area). About 100' in from the road, the TCR cuts sharp right (yellow arrow), while the old road I wanted to explore goes straight ahead (white arrow). 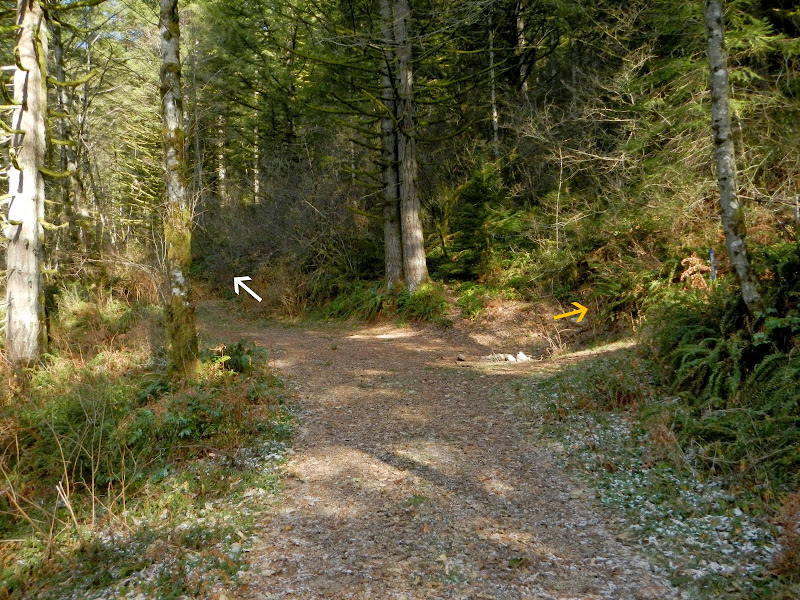 This road, although brushy in spots, is very distinct and easy to follow. It's at its least obvious when it crosses two side drainages in the first 0.75 mi. There's a trail through each of these ravines, even though the road itself is largely gone. 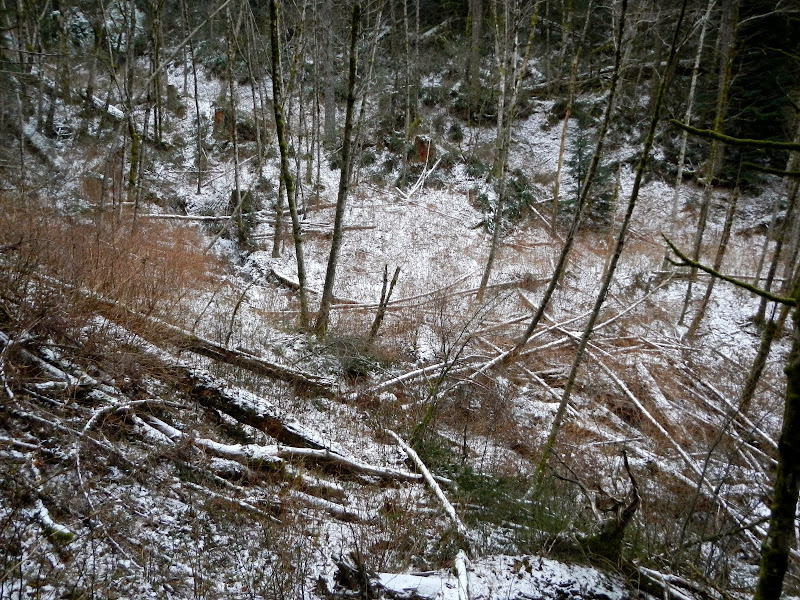 Still really cold - not bad as long as I kept moving but the cold started burrowing in fast anytime I stopped for any reason. 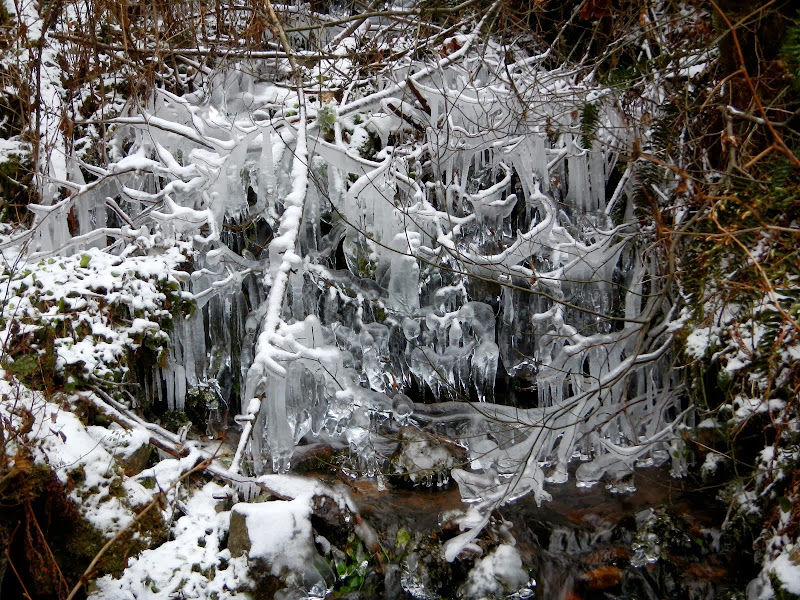 After the first mile, the road settled down to just a walk with occasional piles of brush to work through or around. 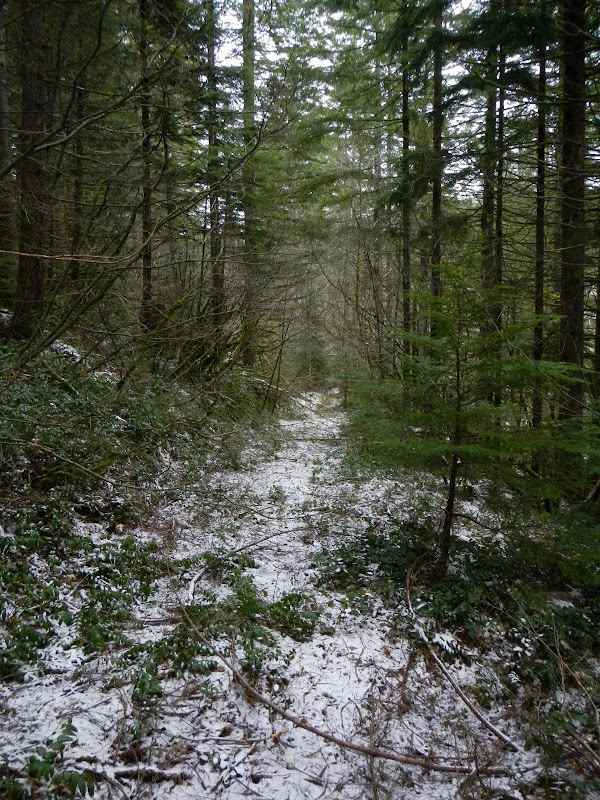 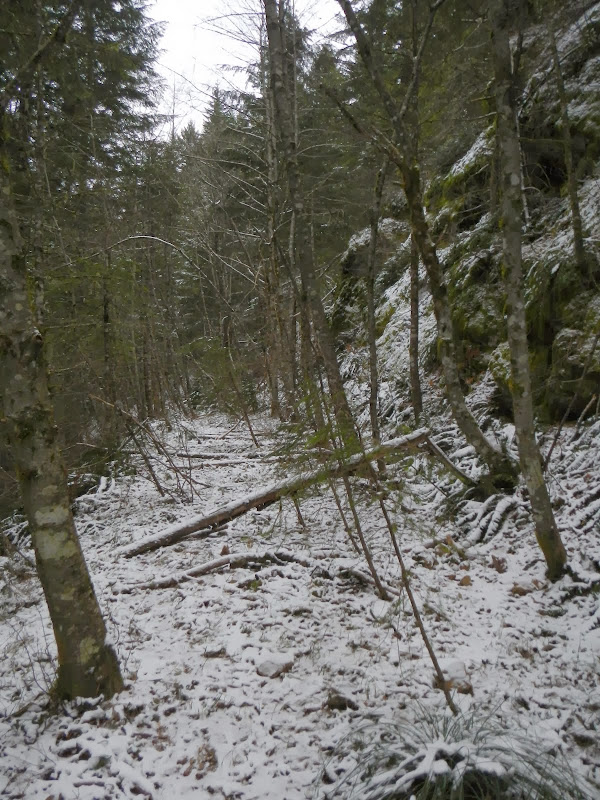 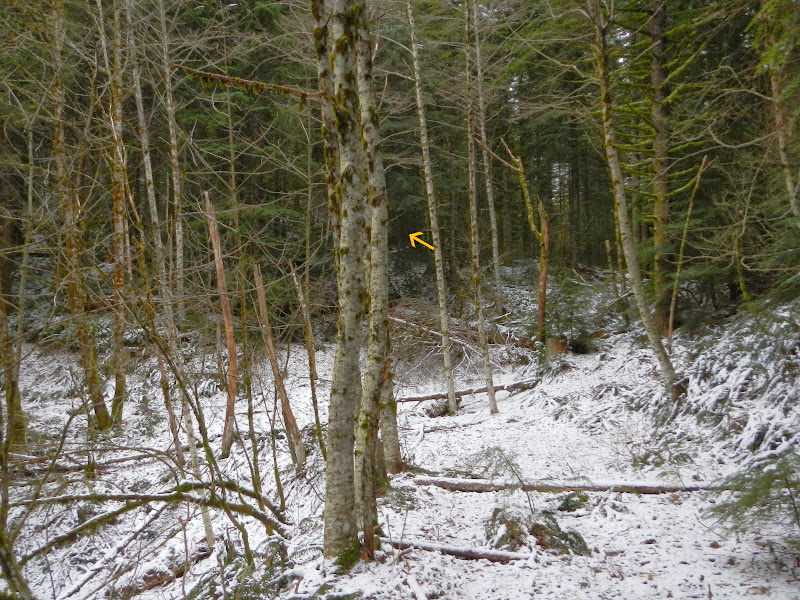 At this point, I took a common sense break and chewed on the concept that this XC exploration was likely an inappropriate activity for a short, still really d*mned cold day. Decided that knocking out the whole loop in one fell swoop could wait for a day that was longer, warmer, and (hopefully) sunnier. And so back the way I'd come - where, curiously, it was still COLD. 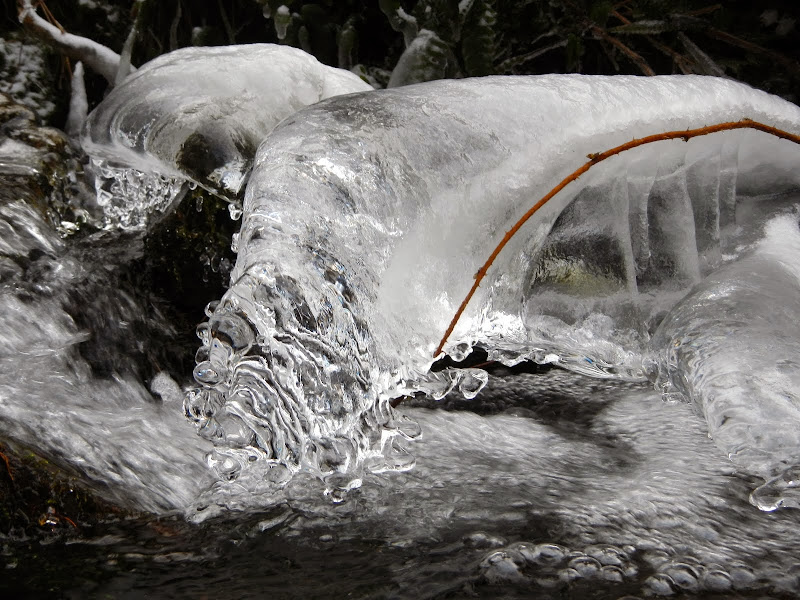 However, as is often the case with one of my early starts, the sun made a perverse appearance just before I got back to the TH. 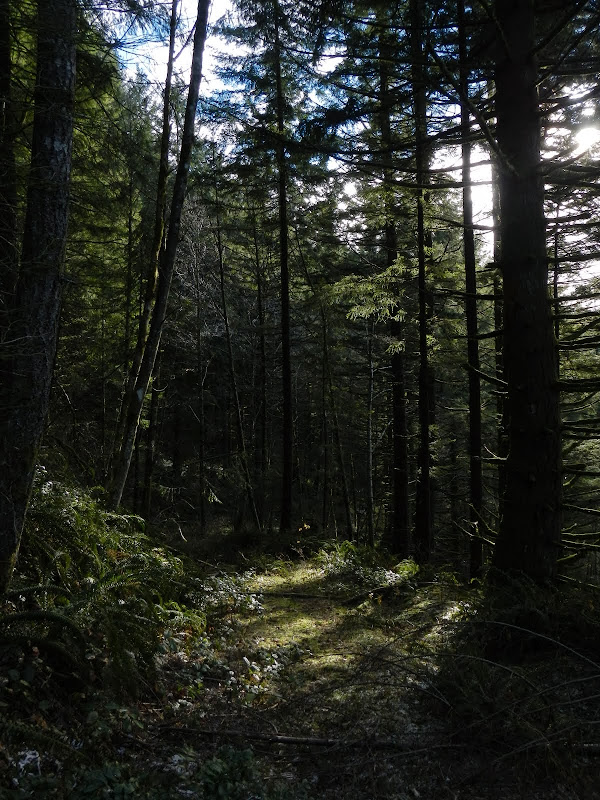 A short (6.5 mi, 1400' EG) hike but it sets the stage for an interesting loop around TCR. The red and yellow tracks are done, now I just have to see how hard it is to connect the white dots. 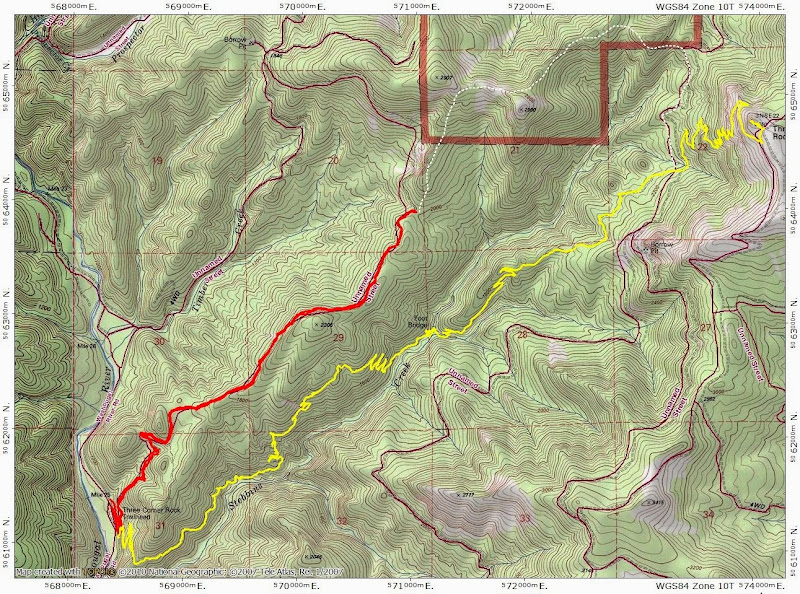 Pretty neat route, thx for the report and map and what-not. I looked at the XC part of your route in Google Earth and it looks like there are some nice viewpoint opportunities on the way up that ridge. I've yet to do TCR and to be able to do it as a loop is good stuff.

Cool loop route... but I think the bridge on Stebbins is out? Have heard the crossing can be nasty in high water.
Top

Great idea for a loop and an even better idea to wait for longer days to complete the exploration! I am also amongst those who have never made it to TCR.
Some people are really fit at eighty; thankfully I still have many years to get into shape…
Top

mandrake wrote:Cool loop route... but I think the bridge on Stebbins is out? Have heard the crossing can be nasty in high water.

That bridge has apparently been gone for years now. I've only crossed the creek in low water - no worries then - but it would likely be dangerous in high water. Sometimes there is a log or two wedged across upstream that you might use to cross - but don't bet on it.
Top
Post Reply
5 posts • Page 1 of 1