Hood from just above the Zigzag Overlook.

We wanted to get out and see some of the new snow, so we took a quick drive up to Timberline Lodge and a quick walk over to the bottom of Zigzag Canyon. The snow started in earnest around 4500 feet, and was pretty darn deep by 6000. When we got there around 10:30, Timberline was in full-on winter mode, with people testing the lifts and families starting snowball fights. 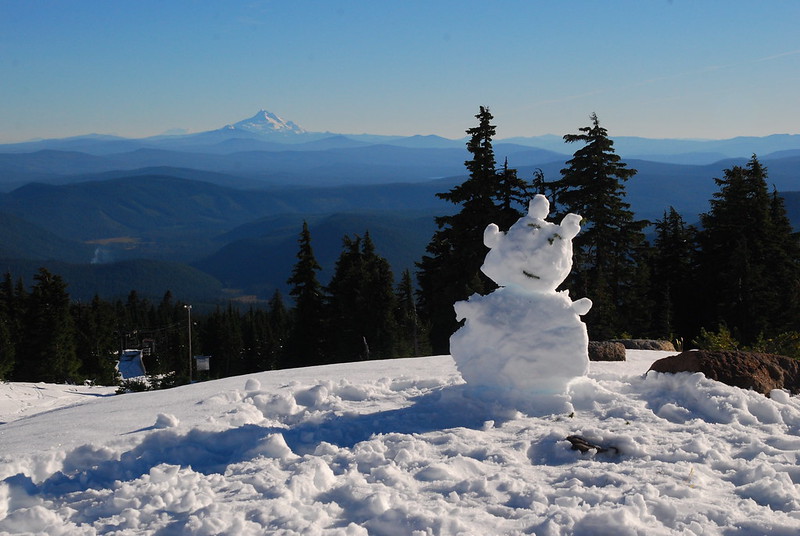 Someone made me a doppelganger!

We didn't bring snowshoes, but in retrospect really should have. By Little Zigzag Canyon, we were postholing like crazy. There was only one pair of footprints ahead of us, but we were glad for it, not least because the trail would have been pretty tough to keep otherwise. 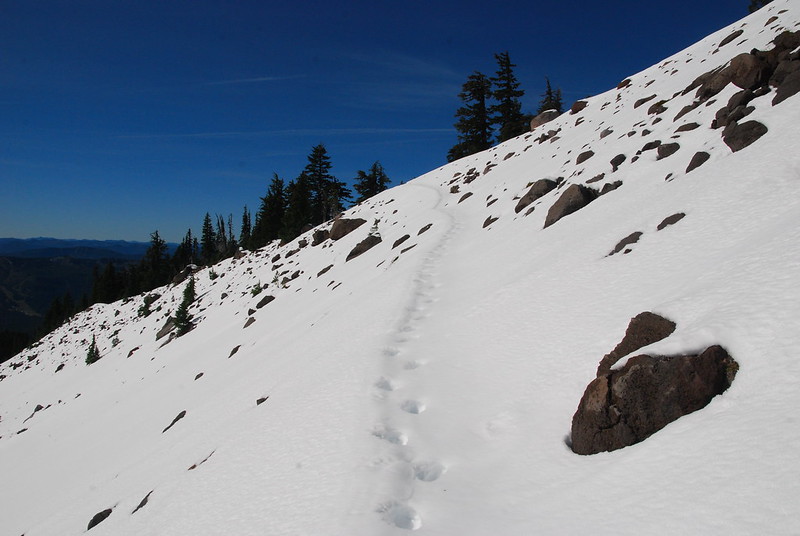 "See, it's not so bad! At least one person's done it before!" 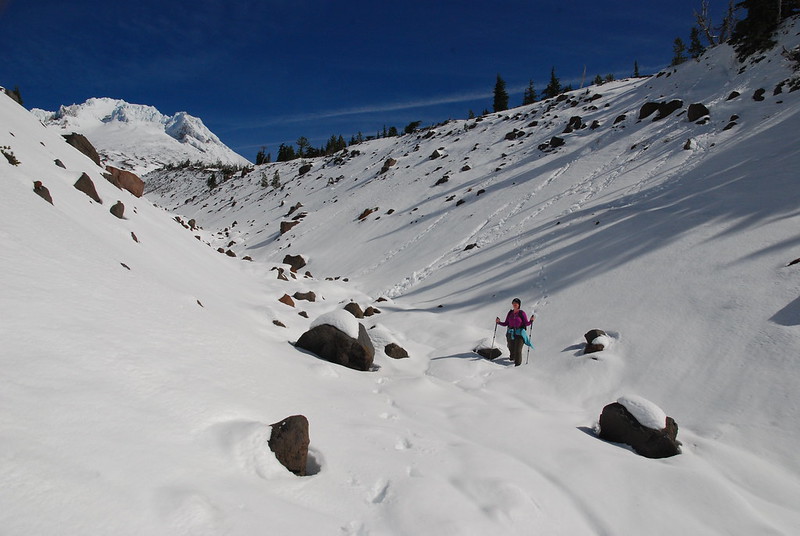 "But Robin, they had Giant Legs!"

It was cool to see some of the bear grass still standing. I came through here in early July - what a difference a few months can make! 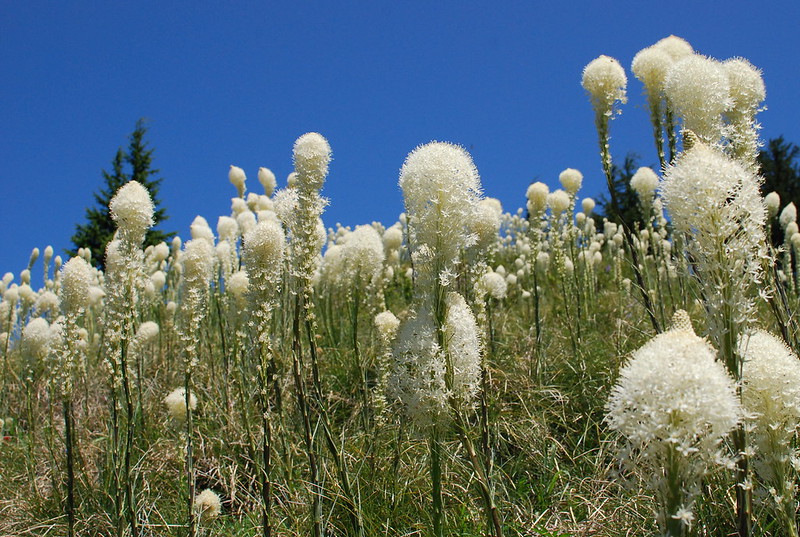 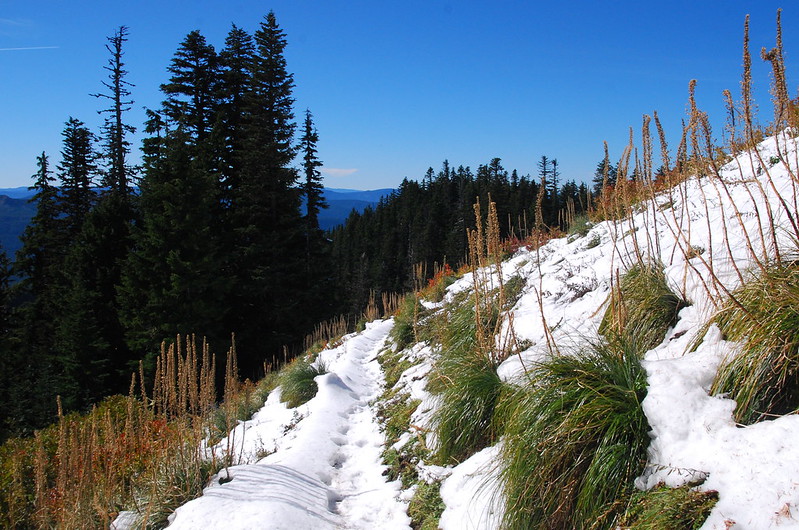 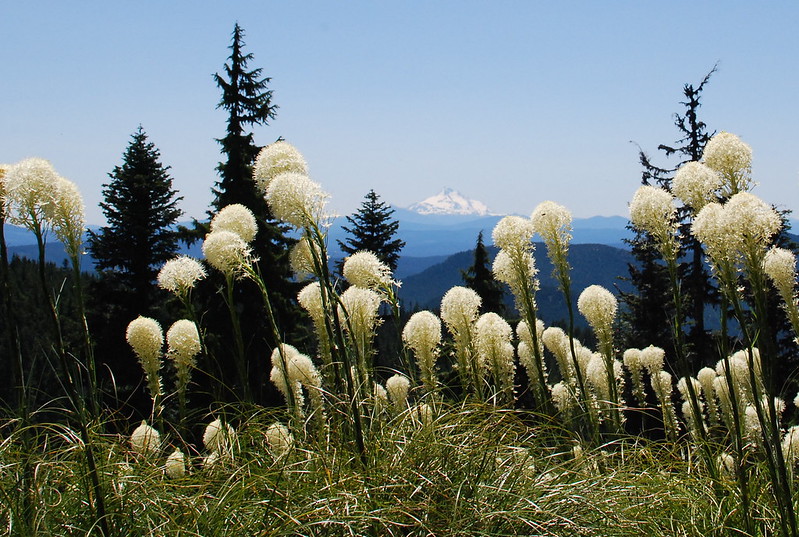 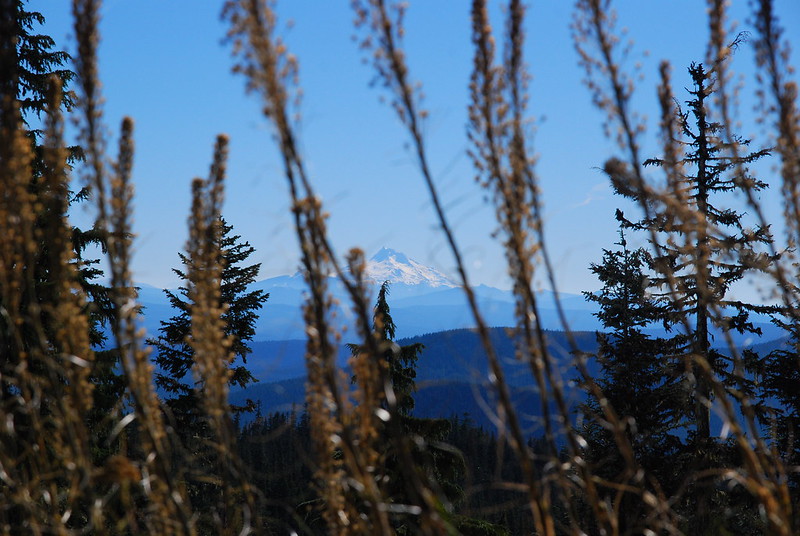 Once we got into the trees on the way down to the Zigzag River, the snow cleared up considerably. 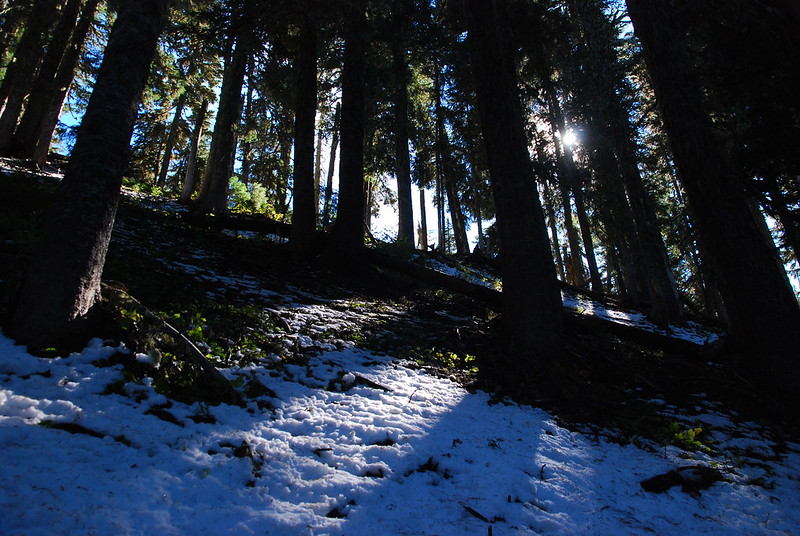 We were glad to be walking through mud. 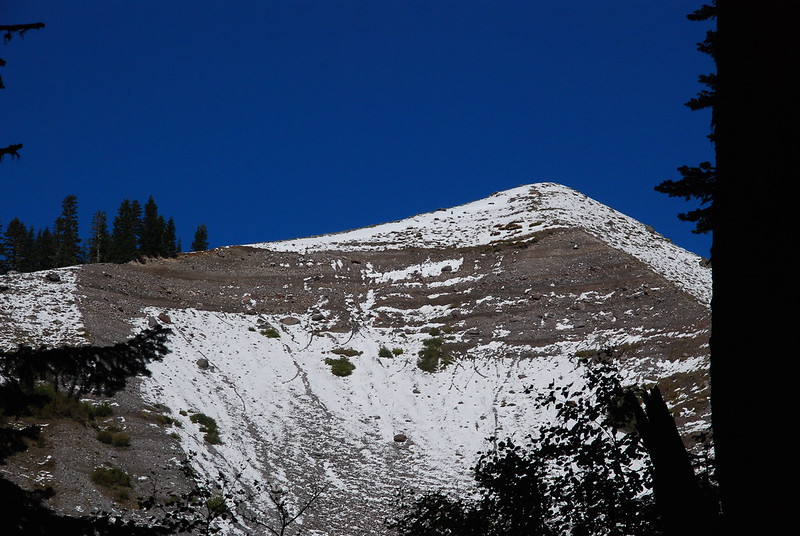 As always, the Zigzag River (creek?) was just lovely. I could have killed the whole day here, throwing snow in the water and watching it float down. I had a weird desire to soak my feet, but, well, you know... 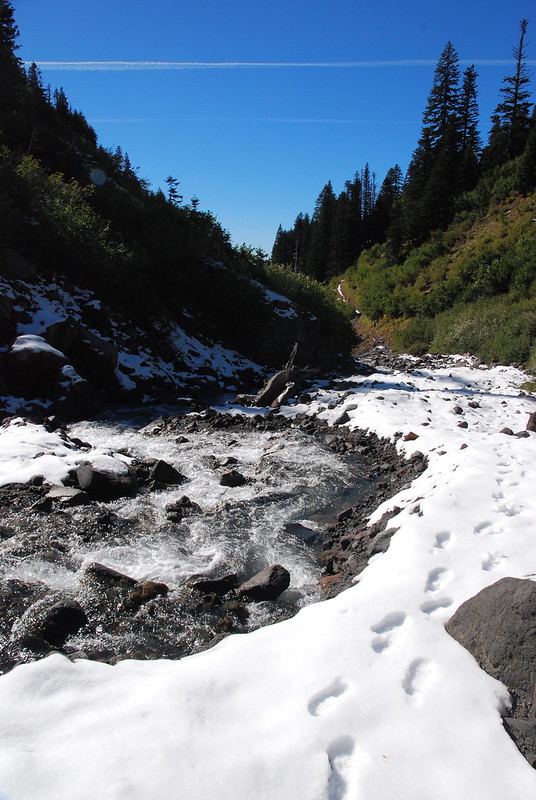 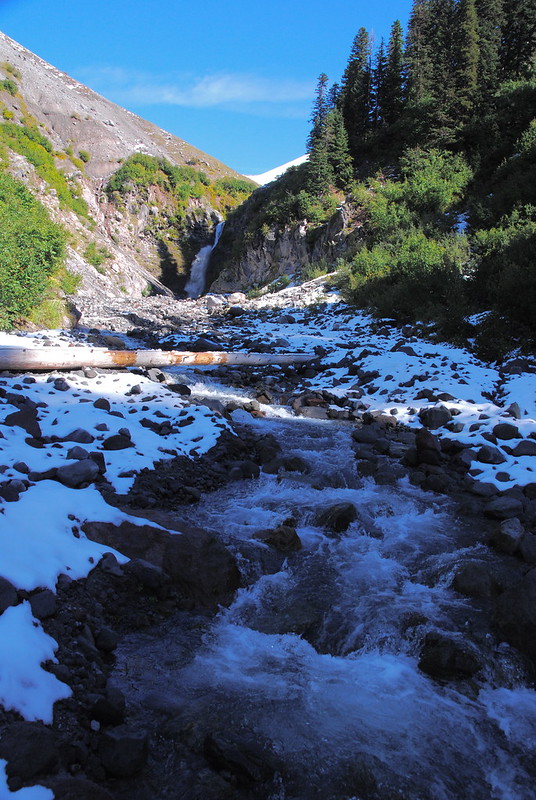 A couple people crossed on the log while we were hanging out, but it was really just a small hop over.

We hung out a while taking pictures and futzing around, then headed back, meandering around a bit and just playing in the snow. This is the first summer in a long time that I've gotten out consistently, and one of my favorite things - though there are a bunch - has been watching as the seasons change so quickly. I don't think I'll ever get sick of it. 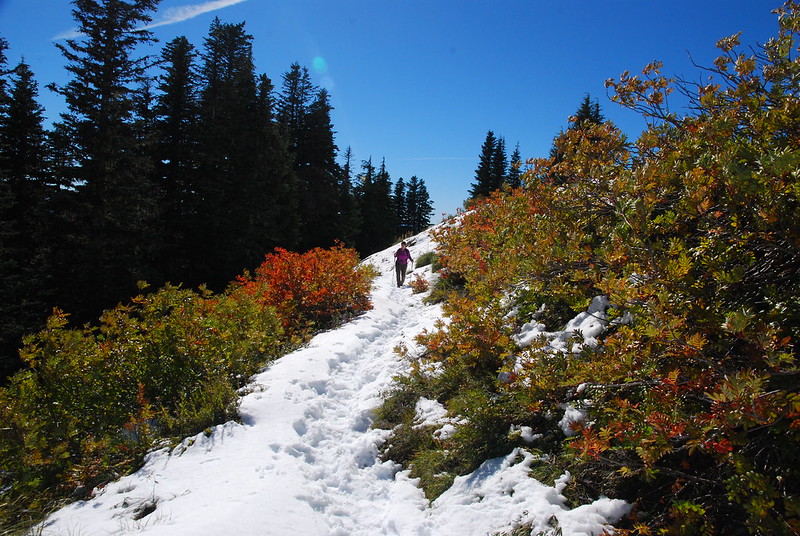 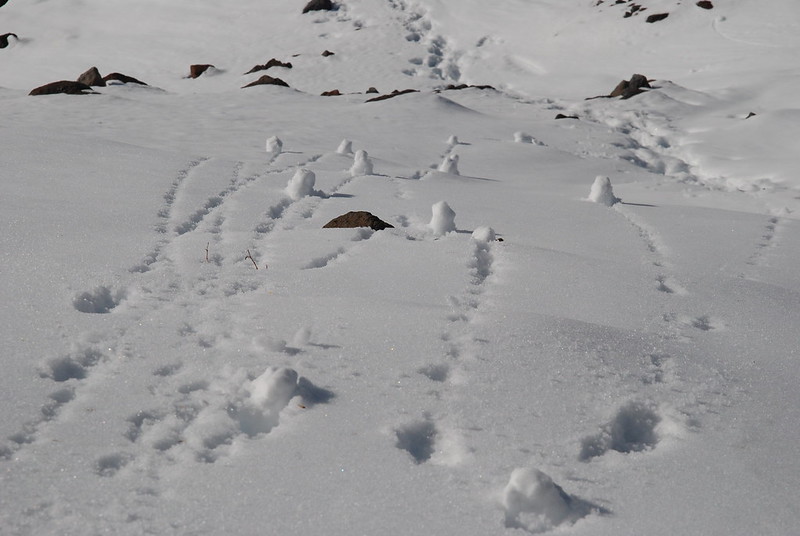 Trying and failing to make a snowball snowball. 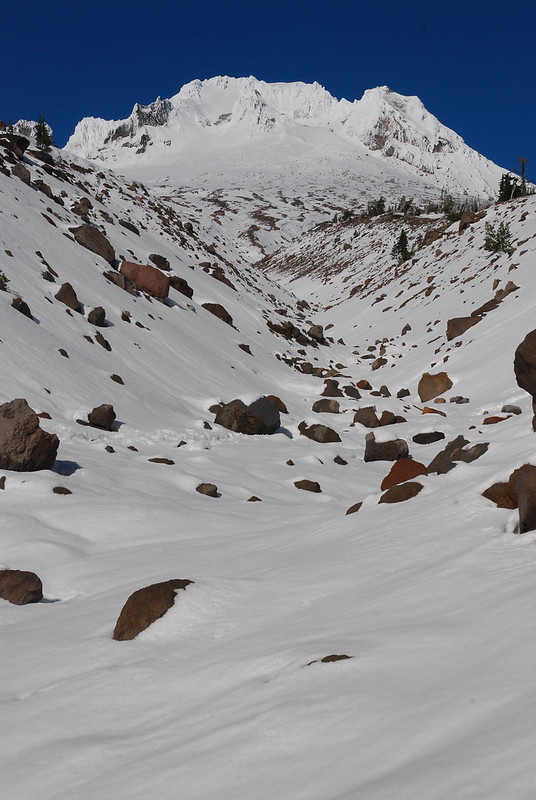 Looking up at Hood from the bottom of Little Zigzag. 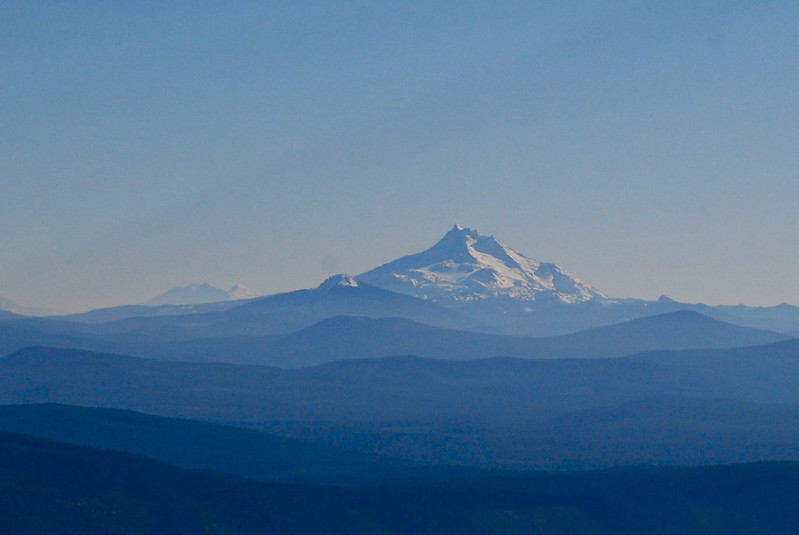 And over at Jefferson, inviting another adventure.
Robin

Lovely, Robin - great report and beautiful photos! Well, except for the Mutant Ninja Snowman, of course...

Thanks! The Mutant Ninja Snowman probably would have been more photogenic if I'd gotten an action shot of its Snowy Ninja Moves.