I did this loop 2 years ago (Indian Heaven CCT 2011), enjoyed it, and had time today to do it again. This being Indian Heaven before the first hard cold, I was prepared for the worst with regards bugs - only to find none to speak of! They must have all died of dehydration. So, from the Crest Camp TH, it was N on the PCT past Sheep Lake, 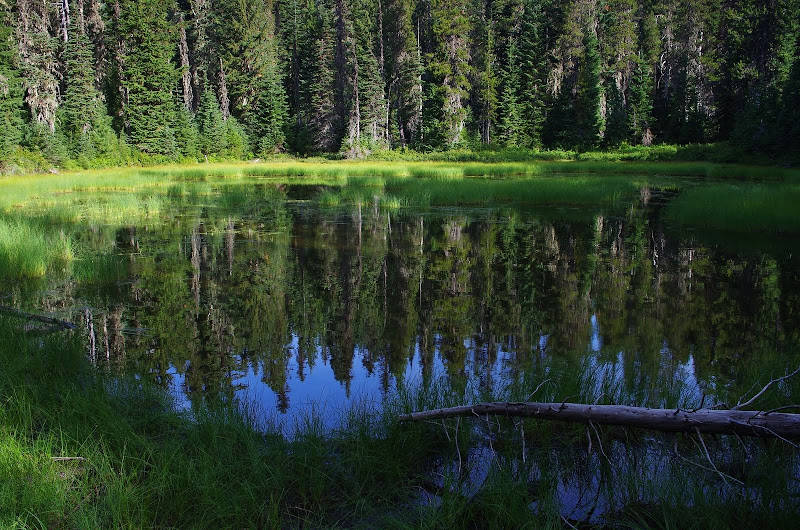 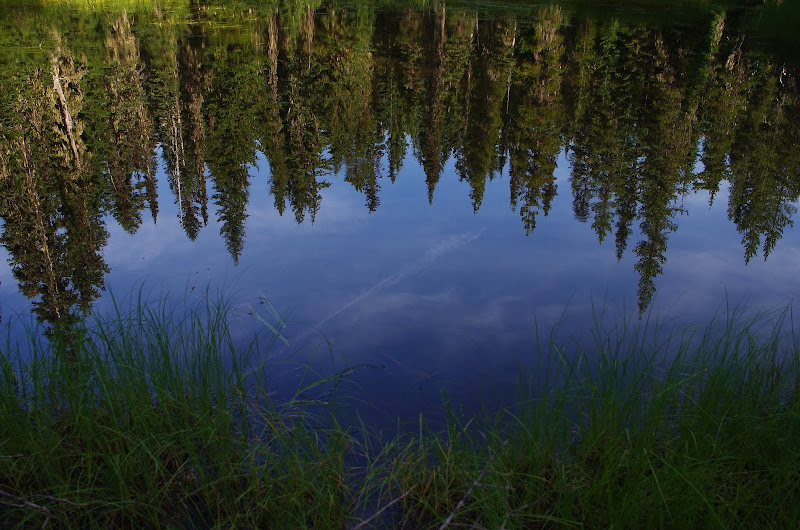 past Green Lake and thru the meadow below the Red Mtn LO, 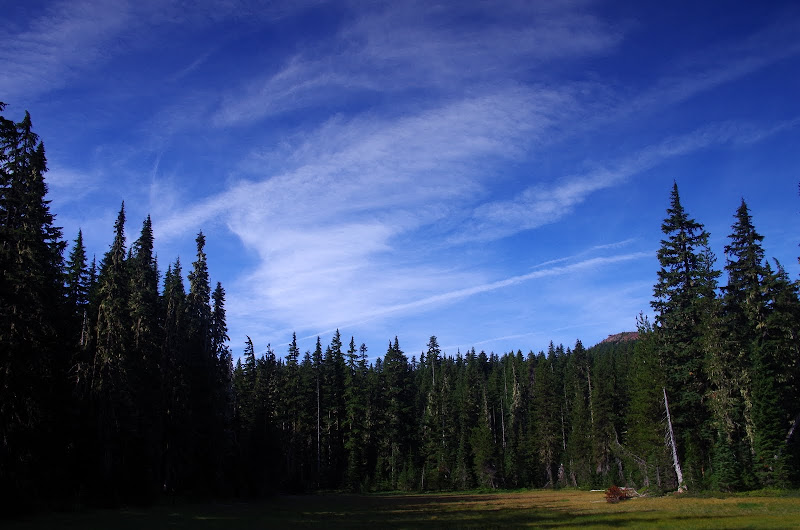 to where the old Cascade Crest Trail (CCT) cuts off from the PCT about 100' S of the junction with Trail 171A. This part of the CCT was the PCT for a while, before today's PCT was re-aligned over Berry Mtn. The old CCT is sketchy as it starts off thru the beargrass but is soon easy to follow as it winds down past Spring Camp and passes above a huge meadow/marsh complex to the E. It's a little vague thru here due to blow downs but soon remerges and is easy to follow (with lots of blueberries!) all the way past Tombstone Lake 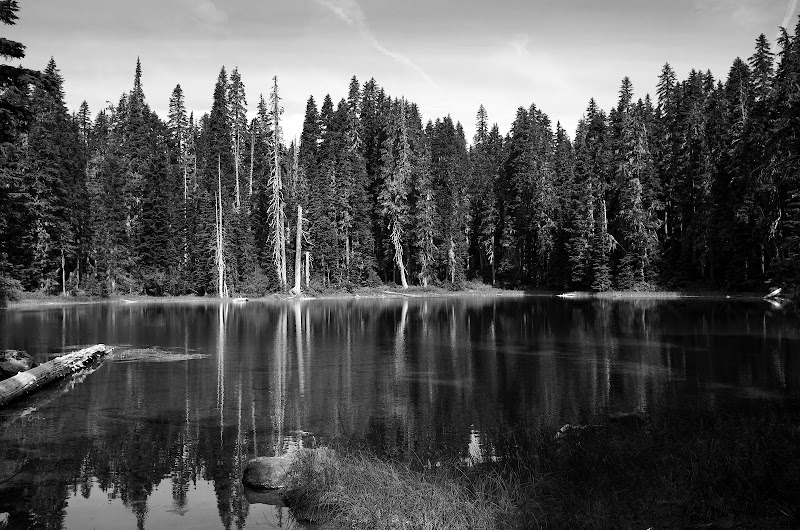 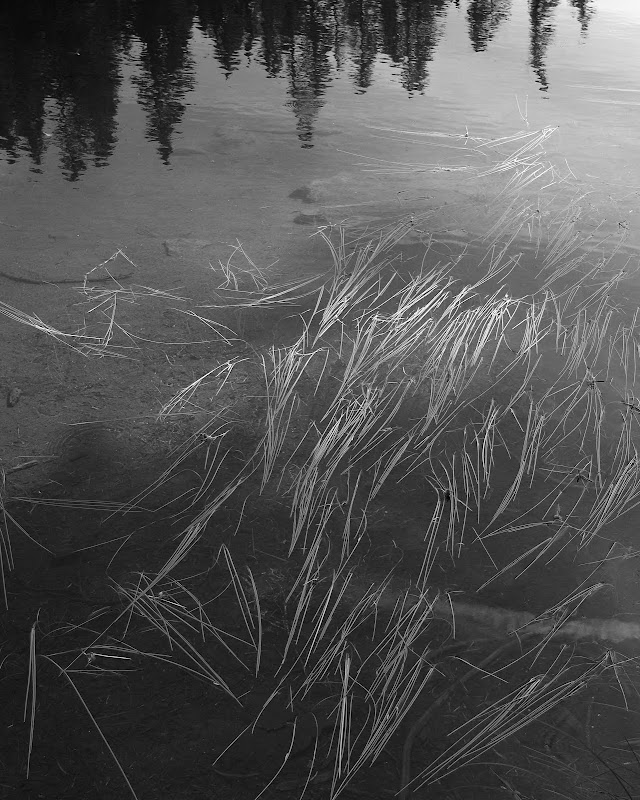 to Blue Lake, where it rejoins the PCT. 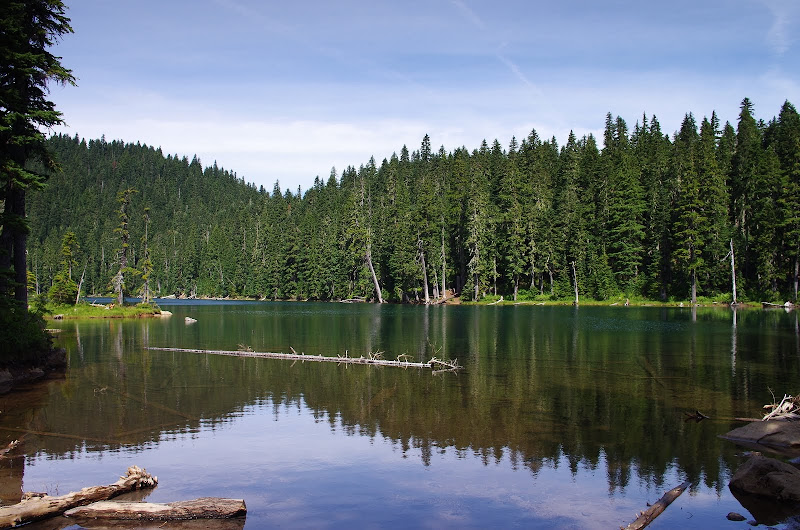 The PCT going S climbs up Berry Mtn and gave me a view of The Dalles fire (red arrow) and Mt. Hood (black arrow) engulfed in smoke from that fire. 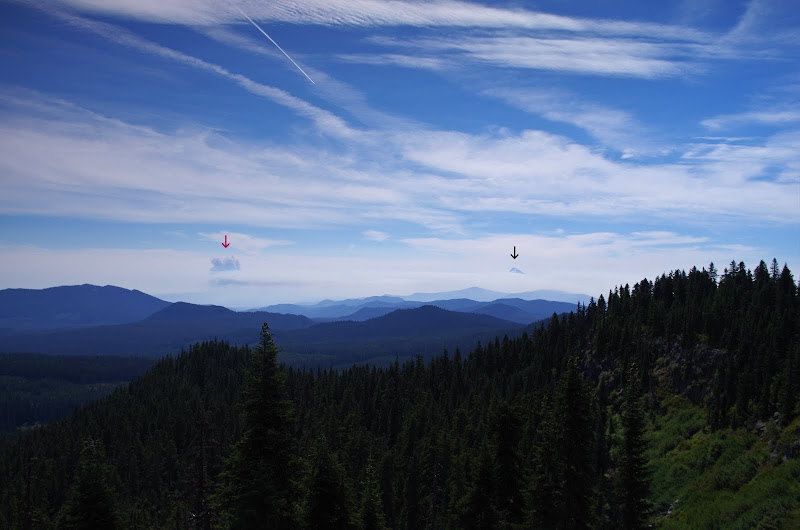 But, unlike two years ago, there was no fire on Adams. 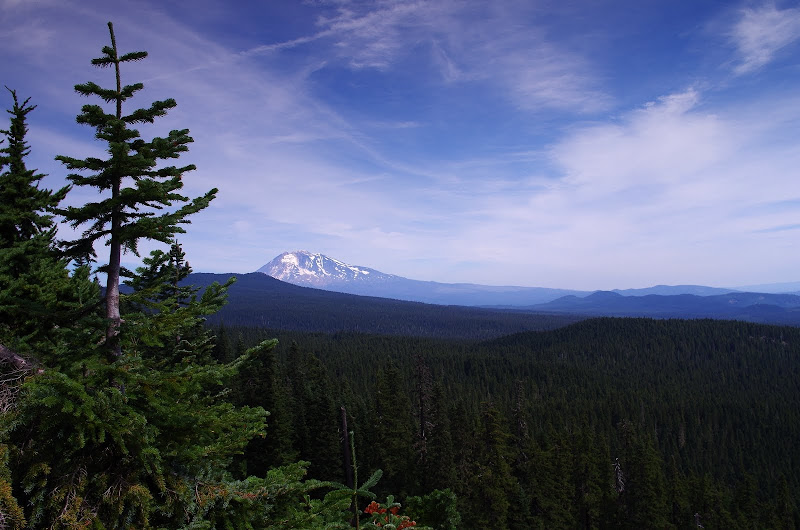 One last look at the Red Mtn LO and it was back to the TH along the PCT. 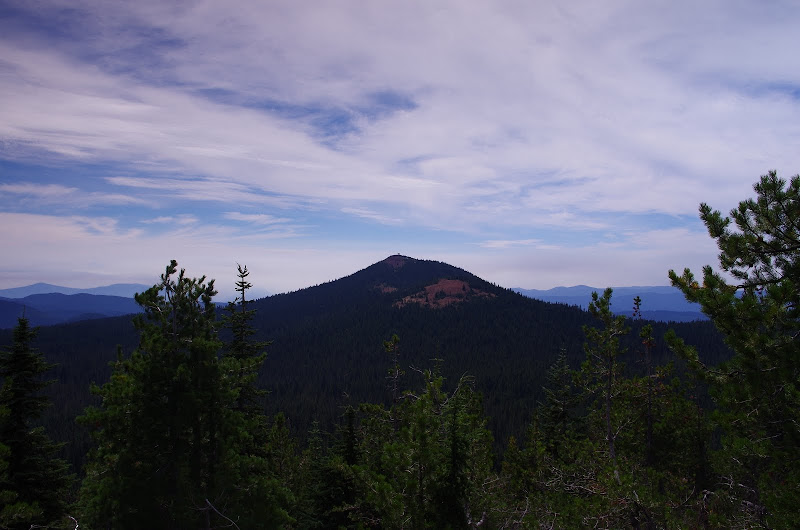 I hadn't seen anyone all day but within a mile of the TH, I was passed by 7 thru hikers heading N - all going at a fast pace. Kind'a put my little 13.5 mi, 1500' EG circuit of Berry Mtn in perspective. But knowing I was only an hour away from a cold, refreshing beer helped re-align that perspective a bit.

I've never hiked the region south of Blue Lake before. It looks like I might have to make that my next Indian Heaven destination.

That's good fortune to not have issues with bugs at this time of the year. I suppose maybe the early snow melt may have moved the season along a little faster.
Jim's Hikes

VanMarmot wrote:But knowing I was only an hour away from a cold, refreshing beer helped re-align that perspective a bit.

Yes, some people get tangled up in the miles...

Thanks, Van - love the low light angles on that first photo... a reminder that we're heading into fall VERY quickly now! But along with that comes cool, bug free hiking -- which is why it's one of my favorite times to be out in the forests! (not to mention the declining crowds)

Haven't been to Indian Heaven since the late 90s, so probably need to put that on my list, too... so many hikes, so few days off... sigh...

Great to see this loop again. I did it last year based on your first report. That CCT section is fading fast in places, so I hope a few more people hike it. There are some extensive meadows there and Tombstone is a great turnaround spot.
Top
Post Reply
5 posts • Page 1 of 1