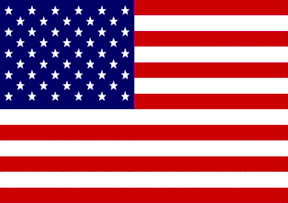 Yes, it's the Fourth of July, and we could have sat around all day eating hot dogs, guzzling beer, and seeing if our neighbors would blow themselves up with illegal firesworks but ... NO, we had to hike first. Something accessible, short but with views. So, off to Beacon Rock State Park (another amortization of the Discover Pass!

) and a hike to Hardy Ridge and Phlox Point. It was sort'a cloudy when we started but it looked like the sun was going to break thru. 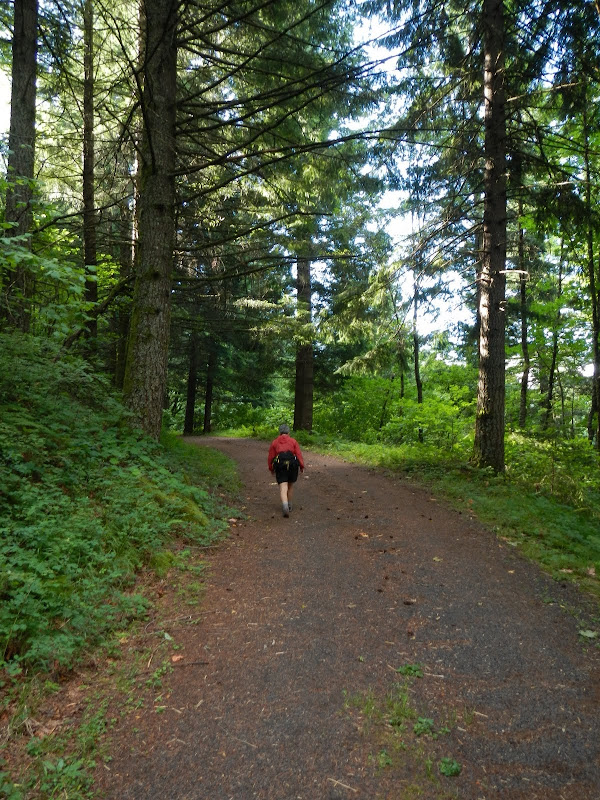 On the road up from the equestrian TH, we saw a doe cross the road ahead of us and, as we came up to where she'd crossed, we saw a fawn hiding in the brush - those ears! 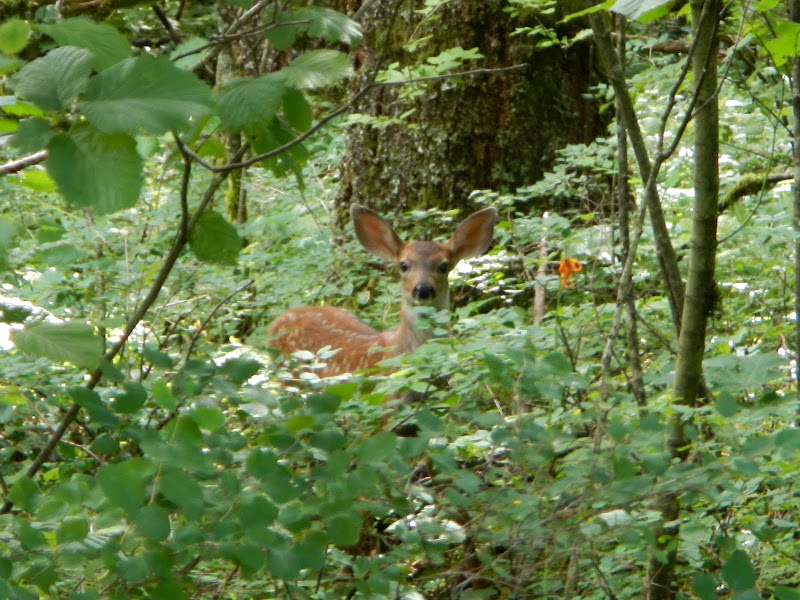 We kept going, the fawn came out of the brush, saw us, and then ran TOWARD us?? He/she got within 5', suddenly realized we weren't mom - heck, we weren't even deer

- did a very abrupt 180 and zoomed back to link up with mom. Pretty cool to see a fawn so close. We circled around to the E side trail and climbed up to Hardy Ridge. I usually only come here in the winter, so it was a real pleasant surprise to find the open areas on the ridge carpeted with wild flowers. If you didn't get your fill of wild flowers earlier in the season, get ye to Hardy Ridge! 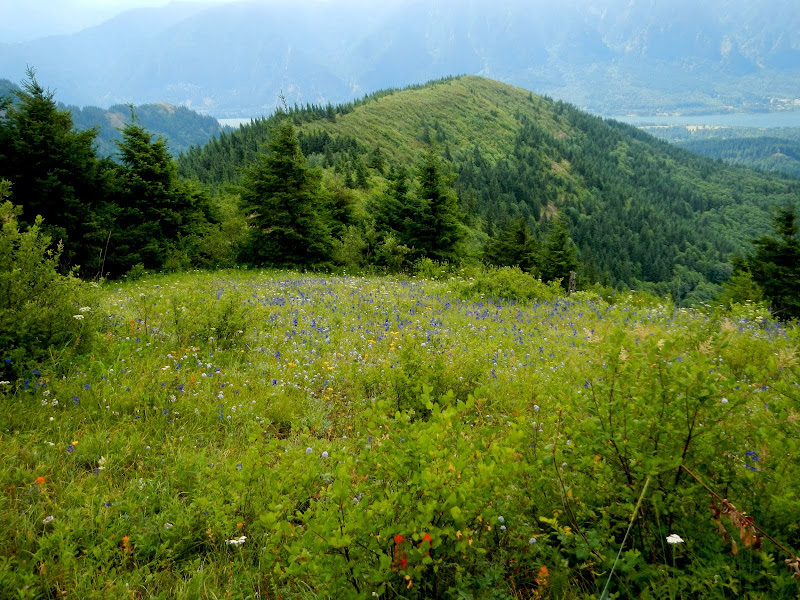 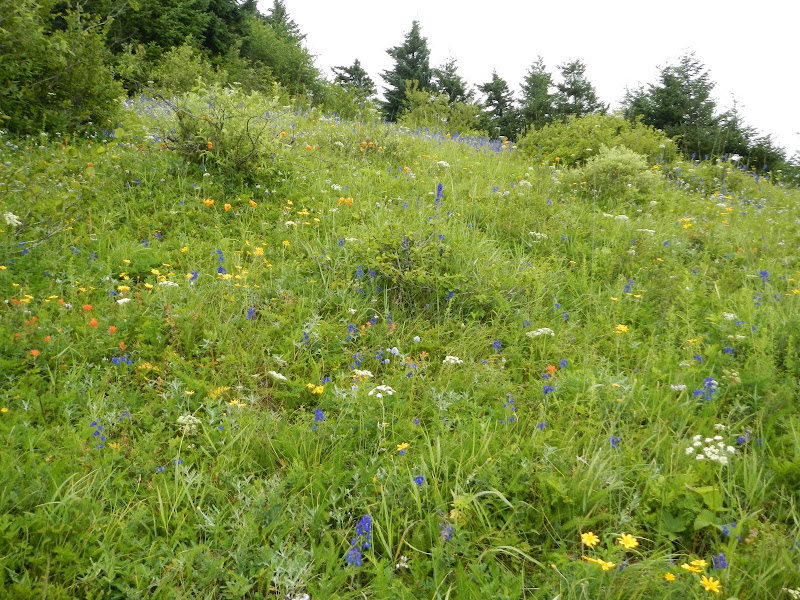 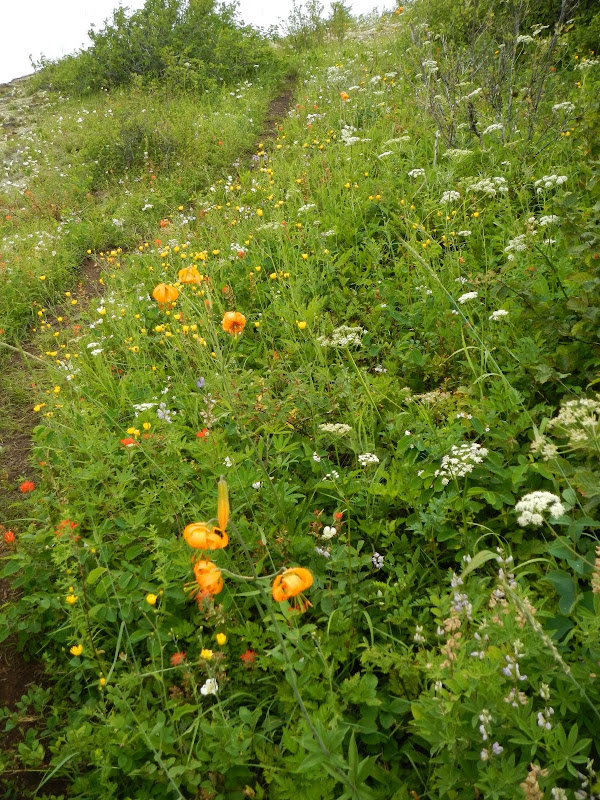 We continued on toward Phlox Point - the trail was obvious (where only a few short years ago there wasn't much of a trail) through a great deal of lush, exhuberent vegetation. 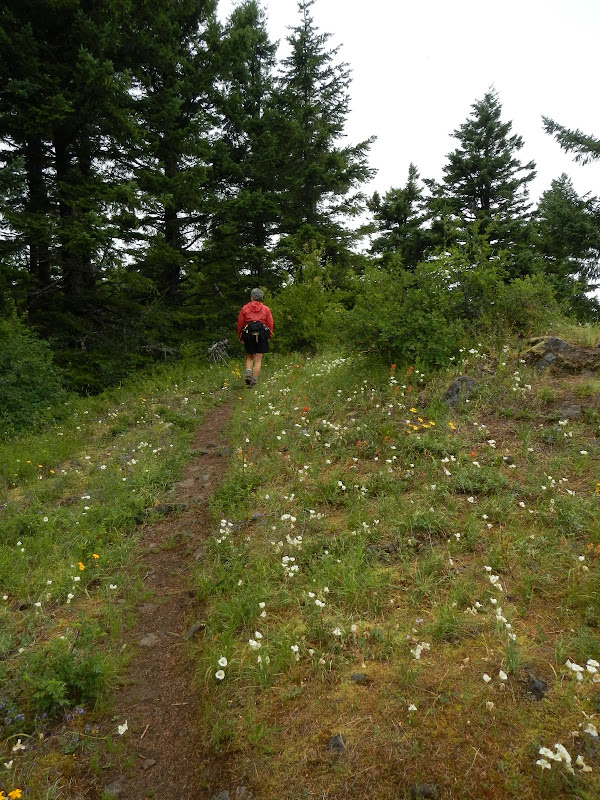 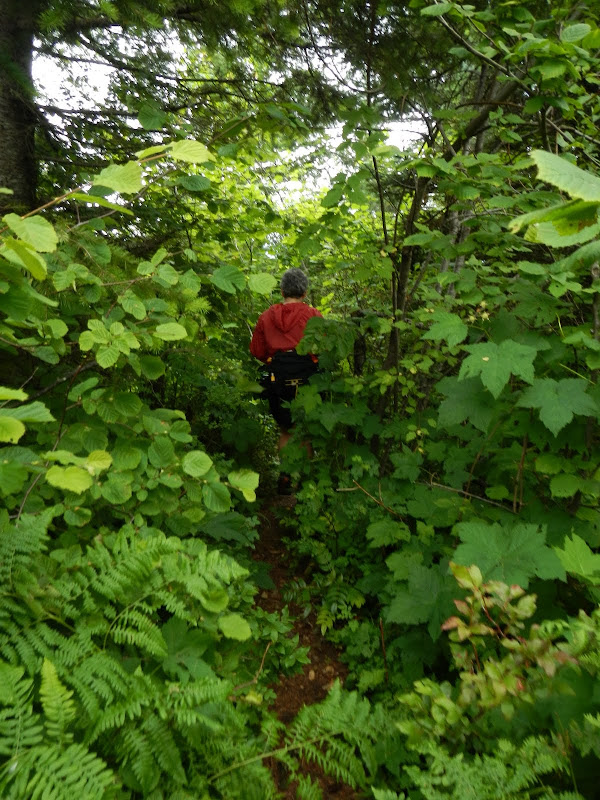 Unfortunately, we'd forgotten that summer in Oregon doesn't really start until July 5th and so we should have known that Phlox Point would be enveloped in clouds (of course, 2 hours later the clouds were gone and the sun was scorching). 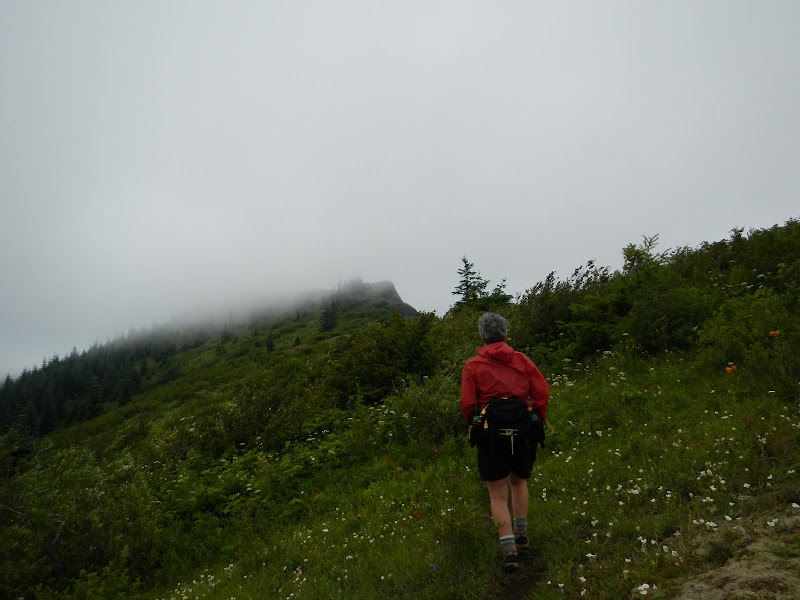 So, we had a snack - didn't want to ruin our appetite for hot dogs and beer - and headed down. The clouds started dissolving almost as soon as we left the Point, so on the way back we caught glimpses of Rainier and Adams, and a full frontal of Hood. 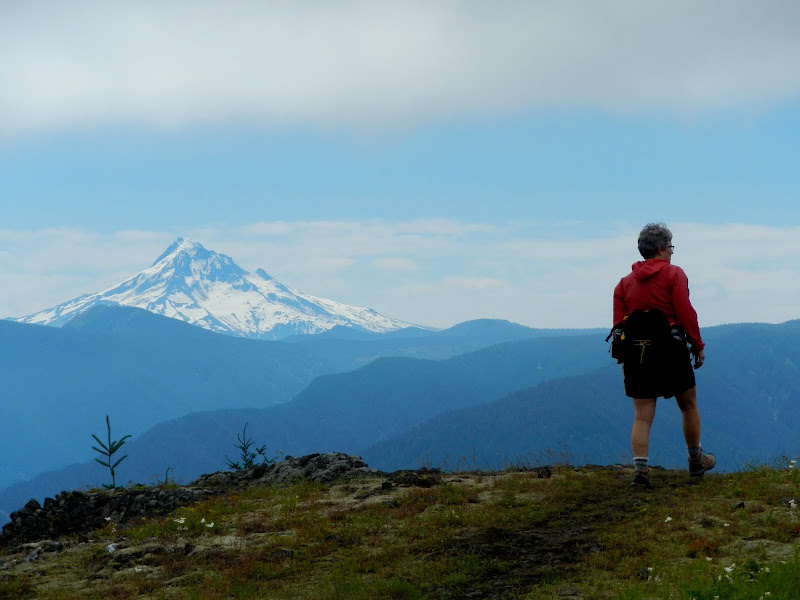 We came down the W side trail through ever increasing amounts of sunshine, 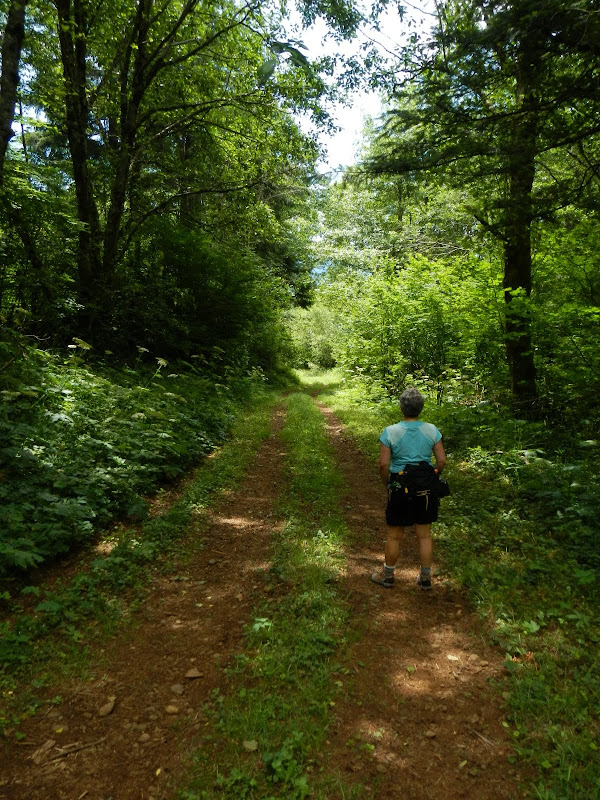 and arrived back at the TH with hardly a cloud in the sky. Oh well. But it was a good short hike (8.5 mi, 2000' EG), we almost became foster parents for a fawn, and the wild flower display on the ridge was not to be missed! So bring on the beer and dogs... 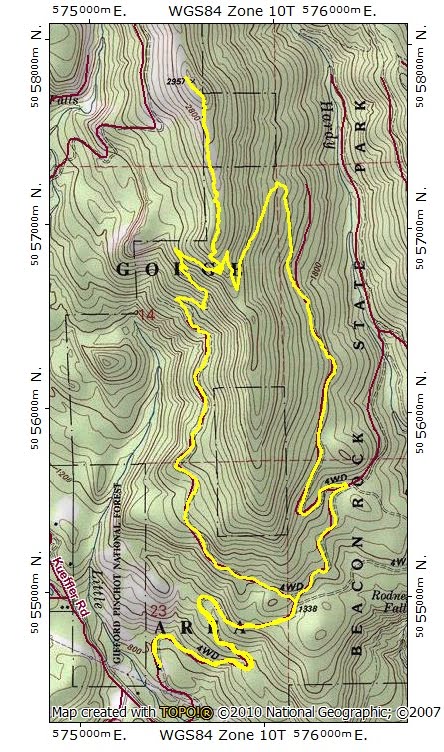 That fawn is obviously a discerning judge of character: He/she was aiming to celebrate the 4th of July where the best beer and hot dogs were served. Anyhow, nobody eats venison on that day!
Some people are really fit at eighty; thankfully I still have many years to get into shape…
Top

...we could have sat around all day eating hot dogs, guzzling beer, and seeing if our neighbors would blow themselves up with illegal firesworks

Nice choice of trails to hike on the 4th. I'd forgotten that there are some great views from the top on that hike. A few flowers still blooming up there, too.
Jim's Hikes

That fawn is obviously a discerning judge of character: He/she was aiming to celebrate the 4th of July where the best beer and hot dogs were served. Anyhow, nobody eats venison on that day!

Made me feel guilty about all that elk sausage I ate when I was TDY in Alaska...
Top
Post Reply
4 posts • Page 1 of 1