Laura, Lobo and I went out to the Catherine Creek trailhead yesterday. We got a late start at 4. The initial ascent along Catherine Creek left me and Laura winded, but Lobo, with his energy of a thousand suns, thought it was no problem, though he did pick up three ticks along the way. 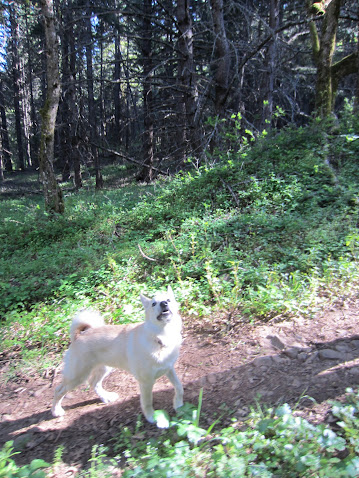 After turning west, we hit the first big view:

The meadows didn't have too many flowers. We just saw some patches of lupine:

And lots of sun:

Lobo took a dip in the water every chance he got. Labyrinth Creek Bridge: 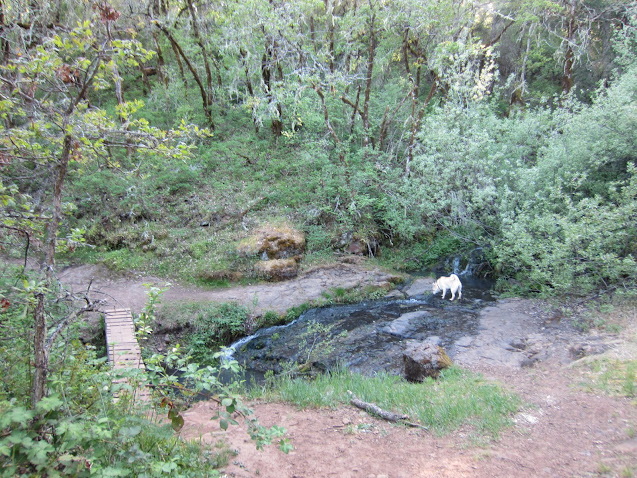 I was concerned we'd get lost, but by staying parallel to the river until we hit a private property sign, we got to Coyote Wall without any detours.

The way the sun hit the meadows and trees on the way down was pretty. It was also nice listening to some crickets.

On the descent along Catherine Creek, the dog finally met his limit, but only after playing lots of fetch up and down the slope. He went to the water whenever he could, and lingered as long as we'd let him. 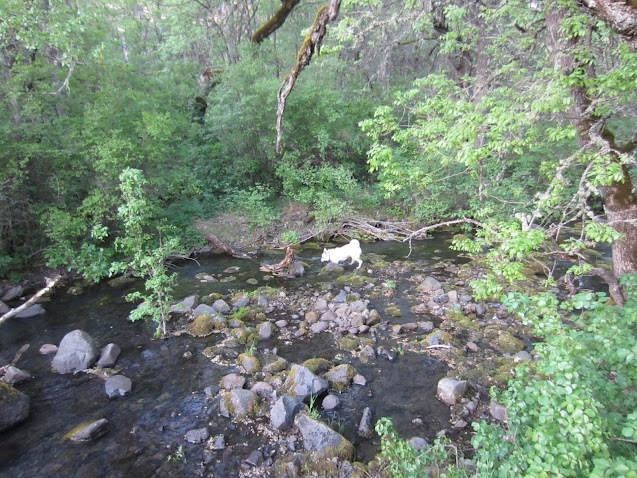 I found two ticks on myself after the hike

It was an awesome hike, but I probably wouldn't do it again unless I knew there was a spectacular view of wildflowers, because the ticks were so prevalent.

Lobo slept quite well last night (and so did I)

Re: Catherine Crk/Coyote Wall (No wildflowers, many ticks) 5

Nice pics! We were up there on Sunday and also enjoyed the sun, but wished there were more flowers. We saw a few patches here and there.
See more pics on my blog: http://cjsjaunts.blogspot.com/
Top
Post Reply
2 posts • Page 1 of 1